HomeAnimeFall 2020 Anime Recap: The Good, The Bad, and the Meh! 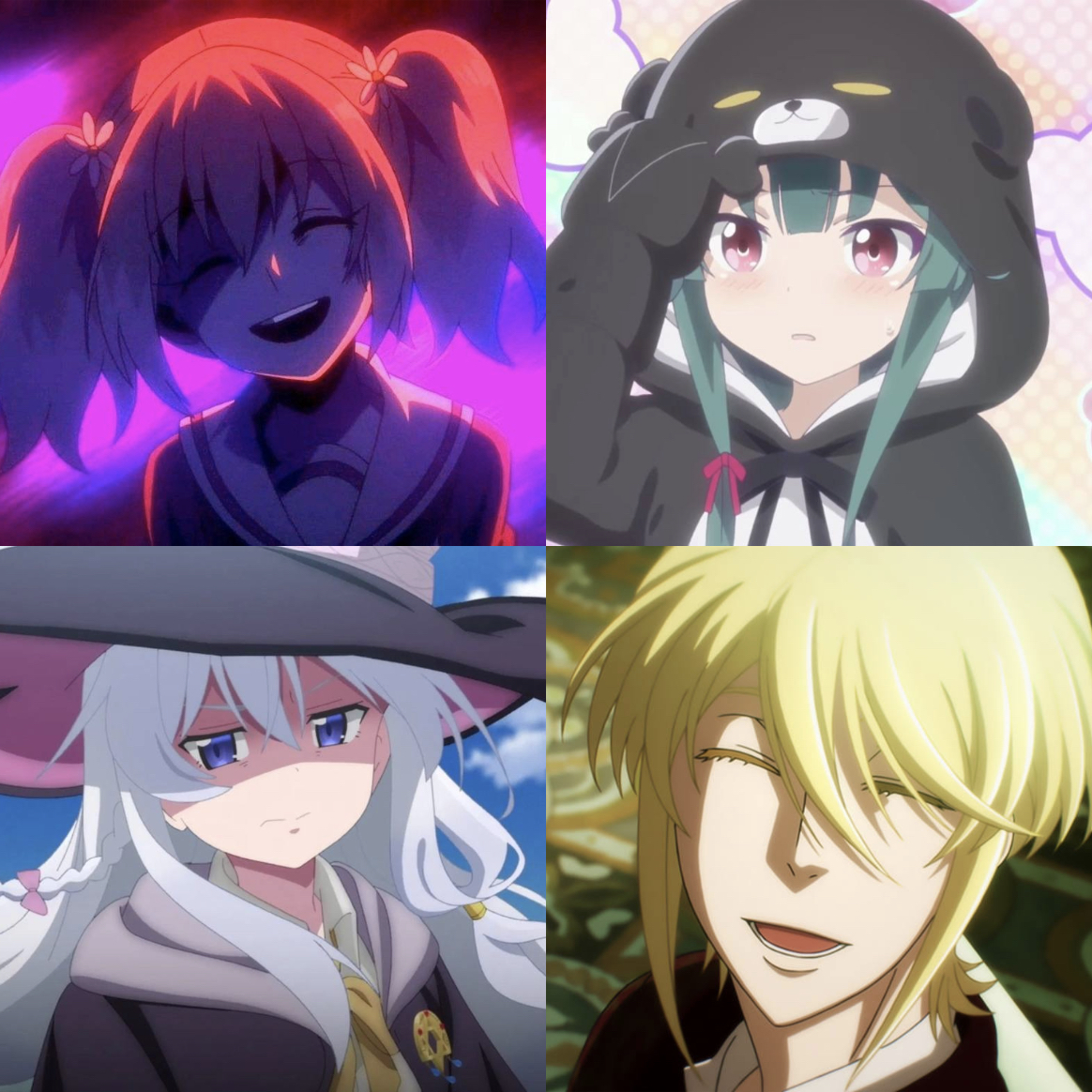 2020 in anime ended in the same way 2020 ended in general: with a big dosage of hope for the future. From sleepy princesses and a romantic couple to aspire to be like to the daughters of one of anime’s most classic characters, fans everywhere were given plenty to experience in Fall 2020. Here are just a couple of more series that will be deemed either memorable or, well, you may forget them soon after reading this wrap-up. (Check out our reviews of Sleepy Princess in the Demon Castle, D4DJ First Mix, Iwakakeru -Sport Climbing Girls-, TONIKAWA: Over the Moon For You, Jujutsu Kaisen, YashaHime: Princess Half-Demon, and the returning Fall 2020 series at their respective links!) 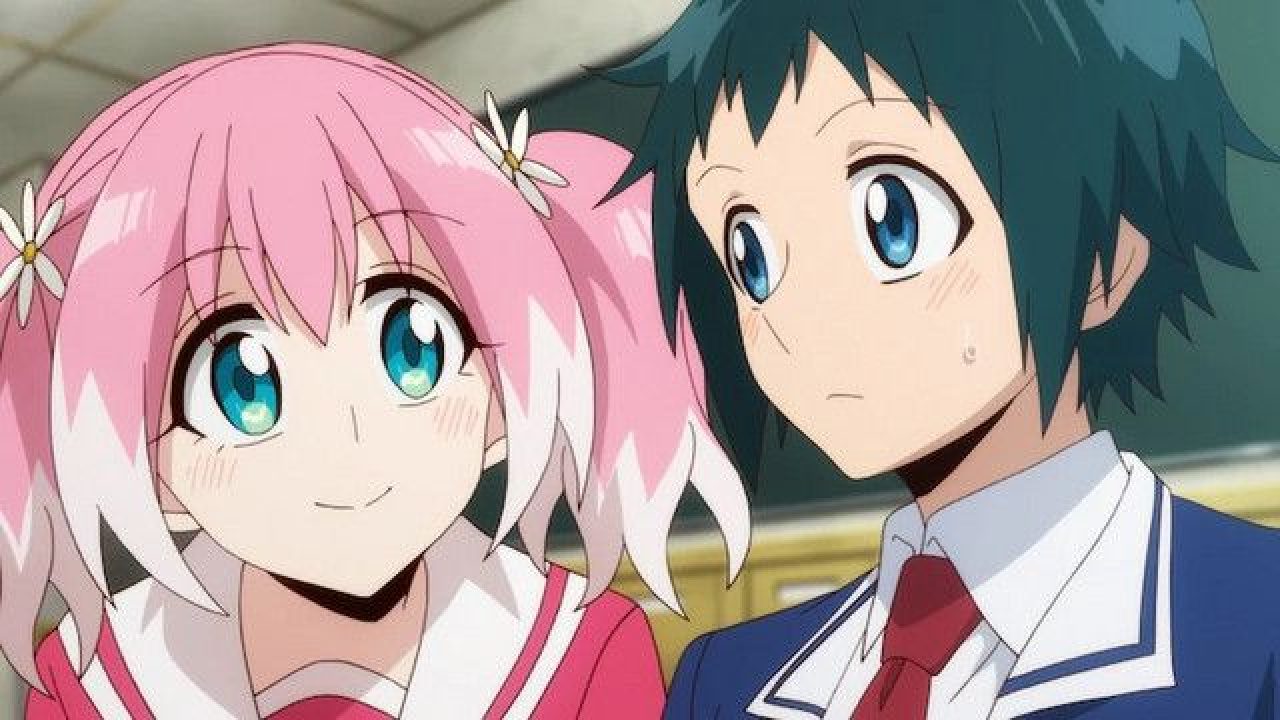 My Hero Academia, this ain’t! A group of possible heroes-to-be stuck on an island, where one of them isn’t exactly as they claim to be. The first episode had one of the most jaw-dropping surprises of the season, resulting in a show about a heroine no one could decide to love or hate. But every week on Talentless Nana, what was delivered each week was filled with suspense, smarts, and a fantastic twist on the super-powered formula. Just don’t get too attached to some of your favorite characters...

Talentless Nana can be viewed on Funimation, and has been licensed by Funimation. 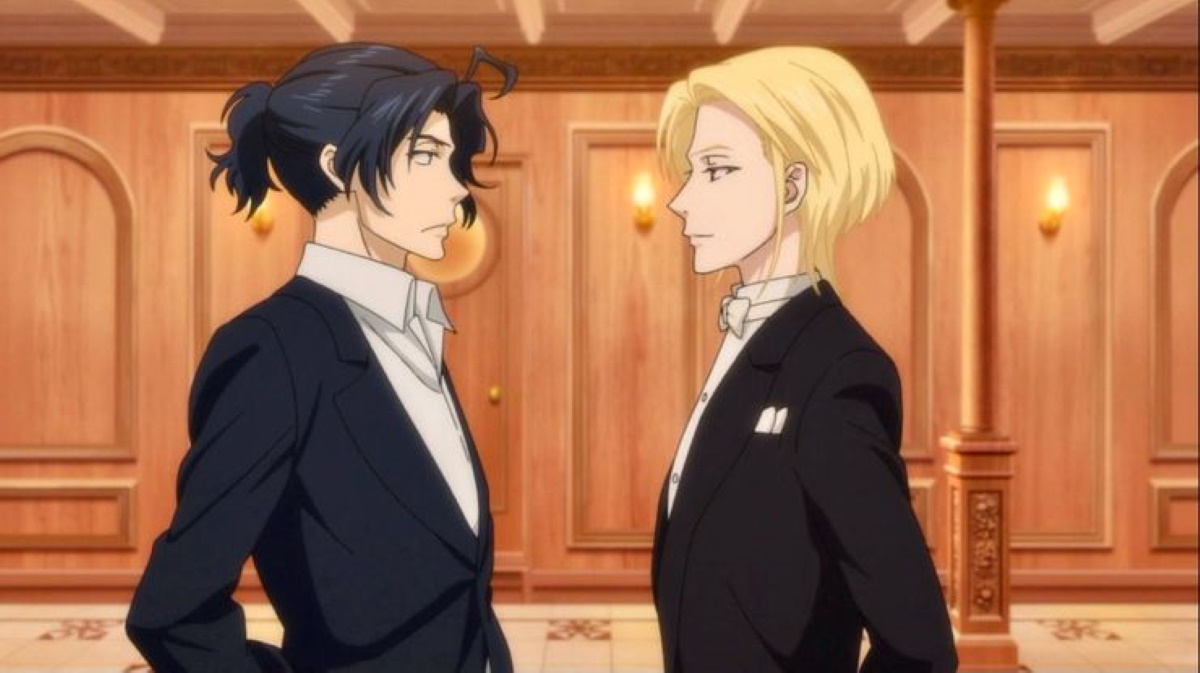 The original manga of Moriarty the Patriot (which you can read my review its first volume here) offered a unique look into Sherlock Holmes’s greatest foe, and this anime adaptation doesn't disappoint in the slightest! Villainous as he appears to be in Sir Arthur Conan Doyle’s works, William James Moriarty instead is portrayed as an anti-hero for the working class. He crafts crimes against the devilishly wealthy, with London his stage for the story he wishes to tell. We may already know some of what happens in these tales, but Moriarty the Patriot brings the most exciting variation of the Holmes series since Steven Moffat took a try.

Moriarty the Patriot can be viewed on Funimation, and has been licensed by Funimation. 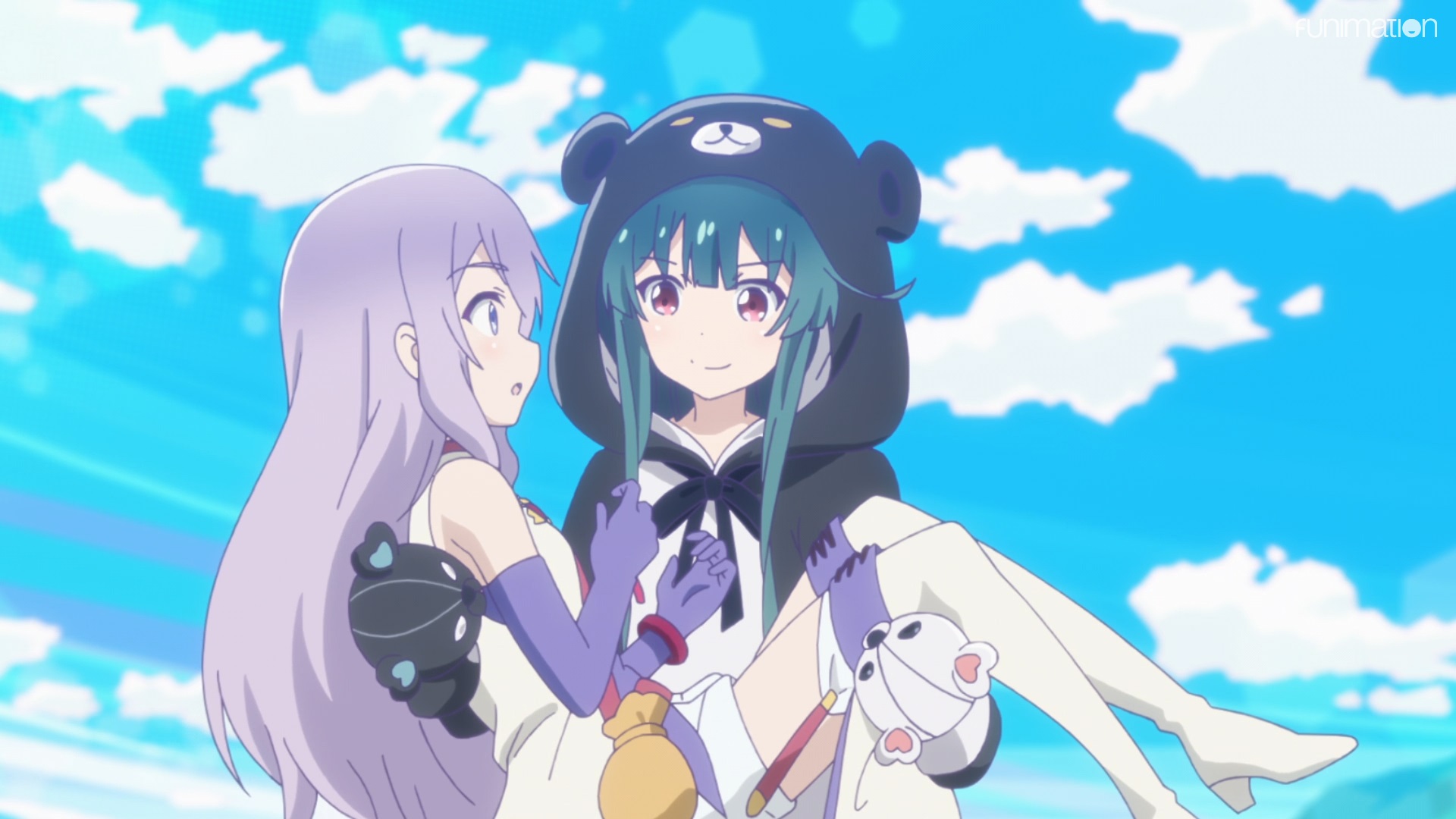 Isekai anime is a dime-a-dozen these days, which makes it sometimes hard to feel unique out there. Kuma Kuma Kuma Bear does just enough to stand out, with its heroine Yuna forced to slay monsters and powerful foes in a bear costume. While the joke may sometimes lose of its luster, there’s plenty of charm brimming from Yuna and her trusty harvester Fina. Yeah, it can be a little too cute, but Kuma Kuma Kuma Bear was cuddly enough to keep anyone feeling comfortable during its run.

Kuma Kuma Kuma Bear can be viewed on Funimation and Hulu. It has been licensed by Funimation.

Wandering Witch: The Journey of Elaina 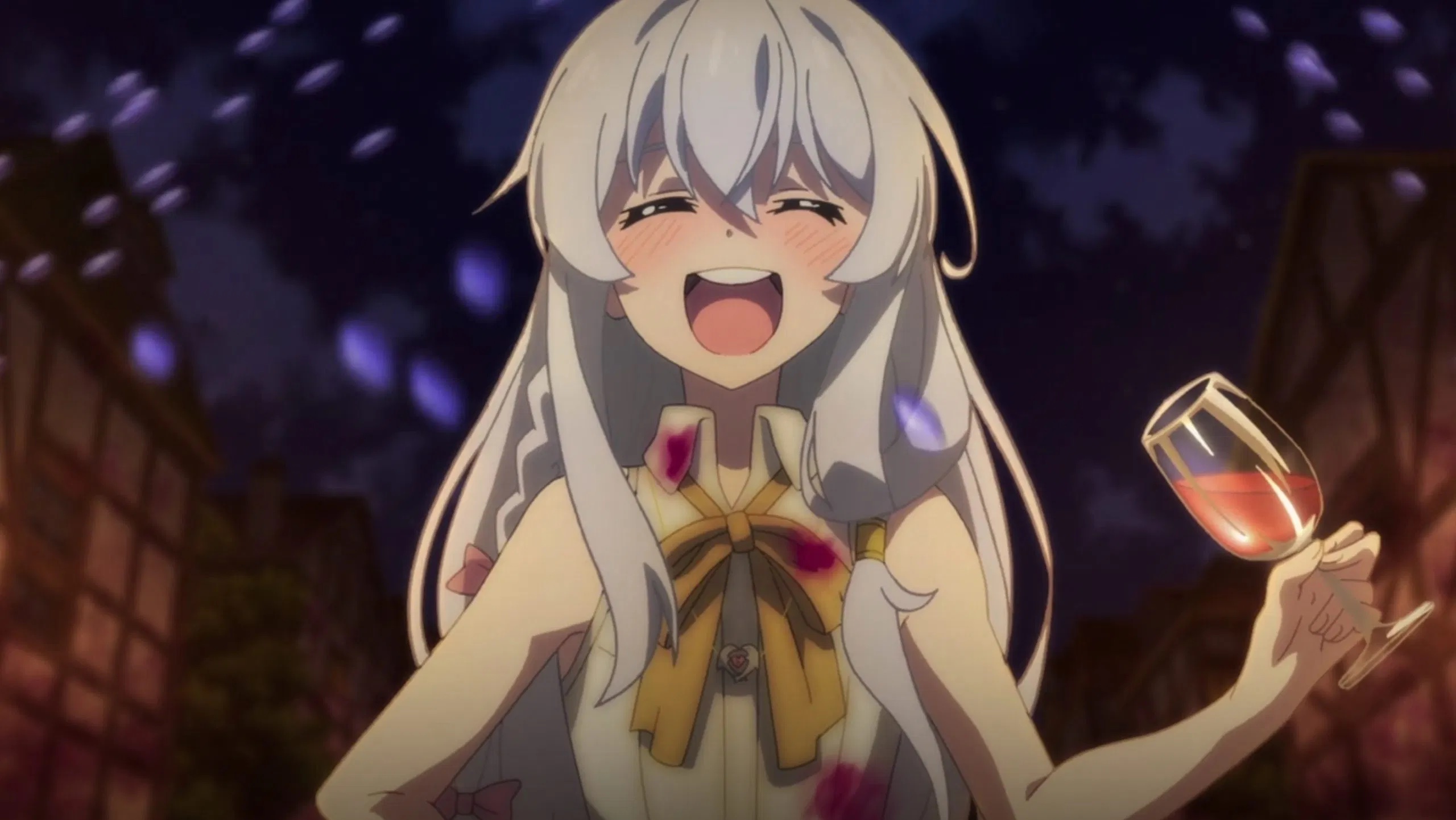 Wandering Witch had one of the most promising first episodes of the year, delivering a lot of heart and life lessons about the need to do what’s right for one’s self. Unfortunately, Elaina’s adventures were a mixed bag, with some stories being a tad uncomfortable to watch unfold (the time-traveling one especially). But when it focused on more fun narratives like “The Land of Truth Tellers” and “The Grape-Stomping Girl”, Wandering Witch: The Journey of Elaina was in its proper element. It’s still worth a viewing, but one may not want to retread Elaina’s journey afterwards.

Wandering Witch: The Journey of Elaina can be viewed on Funimation and Hulu. It has been licensed by Funimation.

By the Grace of the Gods 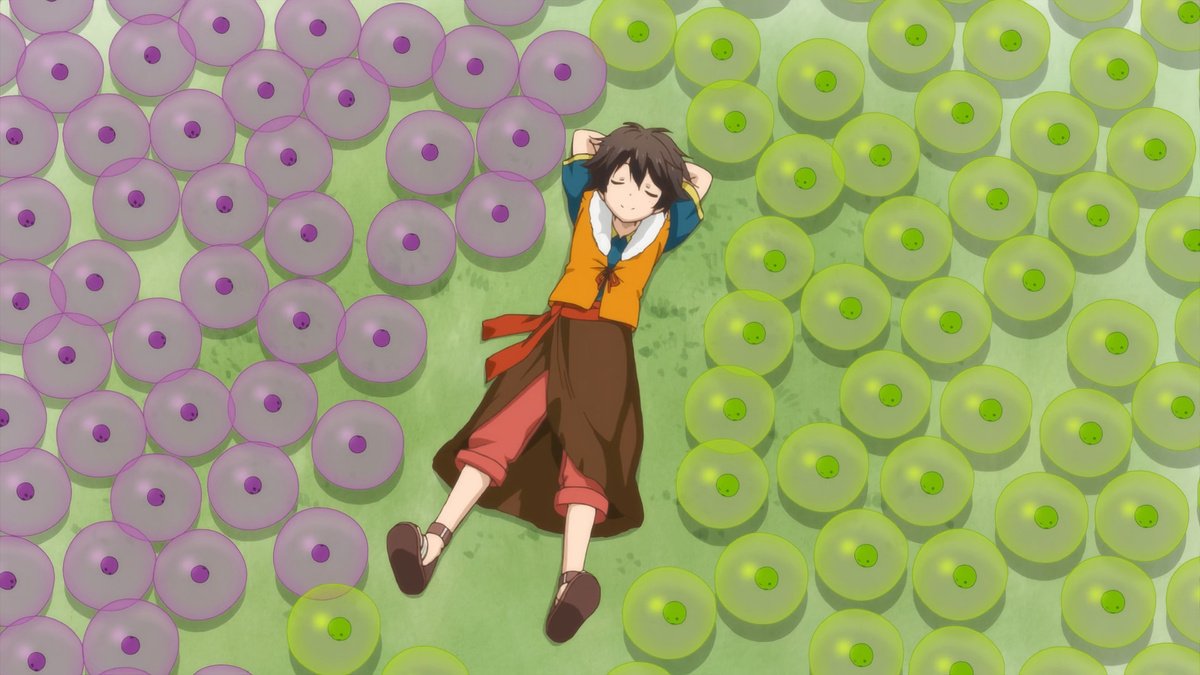 Another isekai series, this time focusing on a lad who can control slimes. There were some pretty cool ideas within By the Grace of the Gods, especially when it came to how Ryoma used the slimes to create modern-day tools. However, its overall presentation left a lot to be desired, with most of the storytelling going in one ear and out the other. By the Grace of the Gods isn’t memorable, but not at all terrible (although its end theme song is cringe to the extreme!).

By the Grace of the Gods can be viewed on Funimation and Hulu. It has been licensed by Funimation. 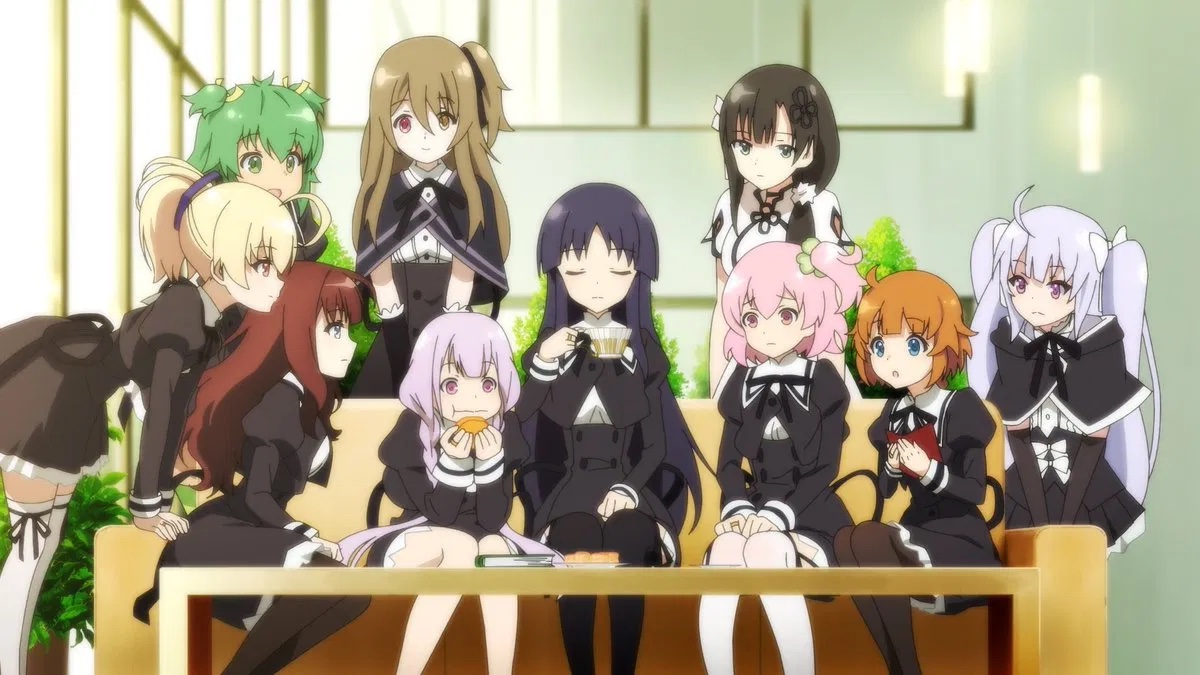 With the studio behind Puella Magi Madoka Magica at the helm, how could Assault Lily BOUQUET fail? Simple: by having a very uninteresting plot and characters with nearly little personality. The battle sequences between the Lilies and the Huges were incredibly impressive, but when the weapons were put away, nothing of interest happened. To put it bluntly, Assault Lily BOUQUET is one magical girl anime that no amount of Moon Prism Power could rescue.

Assault Lily BOUQUET can be viewed on Funimation, and has been licensed by Funimation.

Any that we missed or neglected? Comment below to share your thoughts on the Fall 2020 Anime Season!