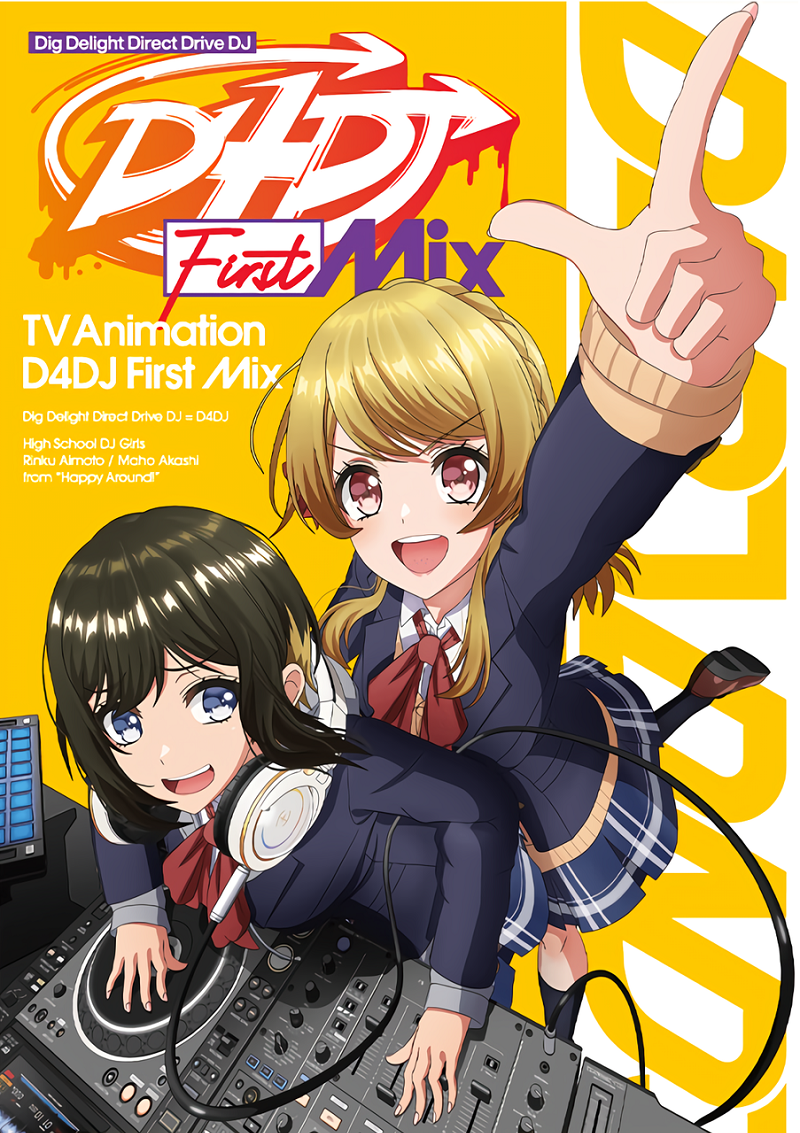 Some people go clubbing; others just hang out in bars. When I need to go out and do my thing, I hit the concert venues. Of course, during this psychotic year of 2020, this is one of the things that I can’t do! The lack of experiencing live shows, be it something that rocks to the core or ones that drop the bass hard, has certainly been jarring both for my social life and — to some extent — my mental well-being.

To fill this gap in my life, I’ve often found myself watching a bountiful of concert videos, so I can get some sliver of feeling back that I received when hearing some great music live in-person. However, what I didn’t expect was for an anime series to give me the biggest dose of live music endorphins this year, to the point where I’m almost moved to tears. The show: D4DJ First Mix, the latest series from Bushiroad (BanG Dream!, Revue Starlight). Although this genre of music isn’t my usual go-to when it comes to getting my audible fix, the emotional elements of live music is ever-so vibrant in what this series delivers. 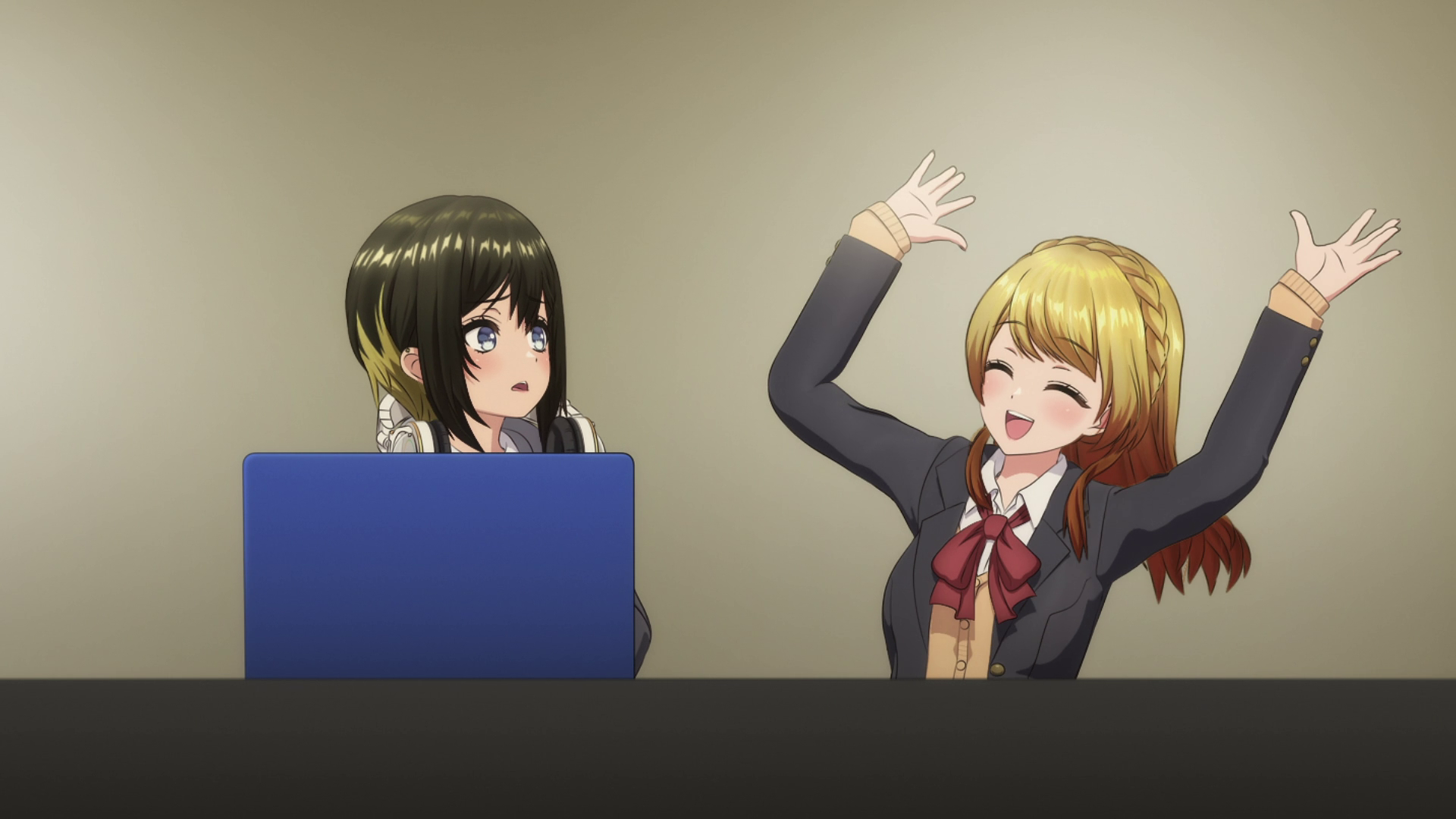 D4DJ (which stands for "Dig Delight Direct Drive DJ") is a multimedia project that combines rhythm-based video games, live DJ shows, and — of course — anime. The latter aspect follows the creation of the DJ unit Happy Around! It all starts when student Rinku Aimoto (Yuka Nishio), who is inspired to start a group after watching a performance by the unit Peaky P-Key. She recruits DJ Mayo Akashi (Karin Kagami), whose mixes bring forth some familiarity to Rinku’s past love of the music genre. Visualizer Muni Ohnaruto (Haruka Mimura) and pianist Rei Togetsu (Kanon Shizaki) soon become part of the crew, and the four work their way to being the hottest act within the campus of Yoba Academy.

The weakest aspect of D4DJ First Act is its story. There are a lot of things that happen to Happy Around! that occur way too quickly for them in their currently short time being together, to the point where viewers should expect to go into the series with one’s suspension of disbelief cranked to the max. But perhaps that is the point of the series, as there’s a lot more focus placed on the musical aspect of the show than the narrative. A couple of things do happen that fit well into the realm of realism, such as Maho failing to win a remix contest or Happy Around! being unable to procure a venue for a Christmas show because — as one can imagine — every other unit at Yoba Academy thought of the exact same idea. 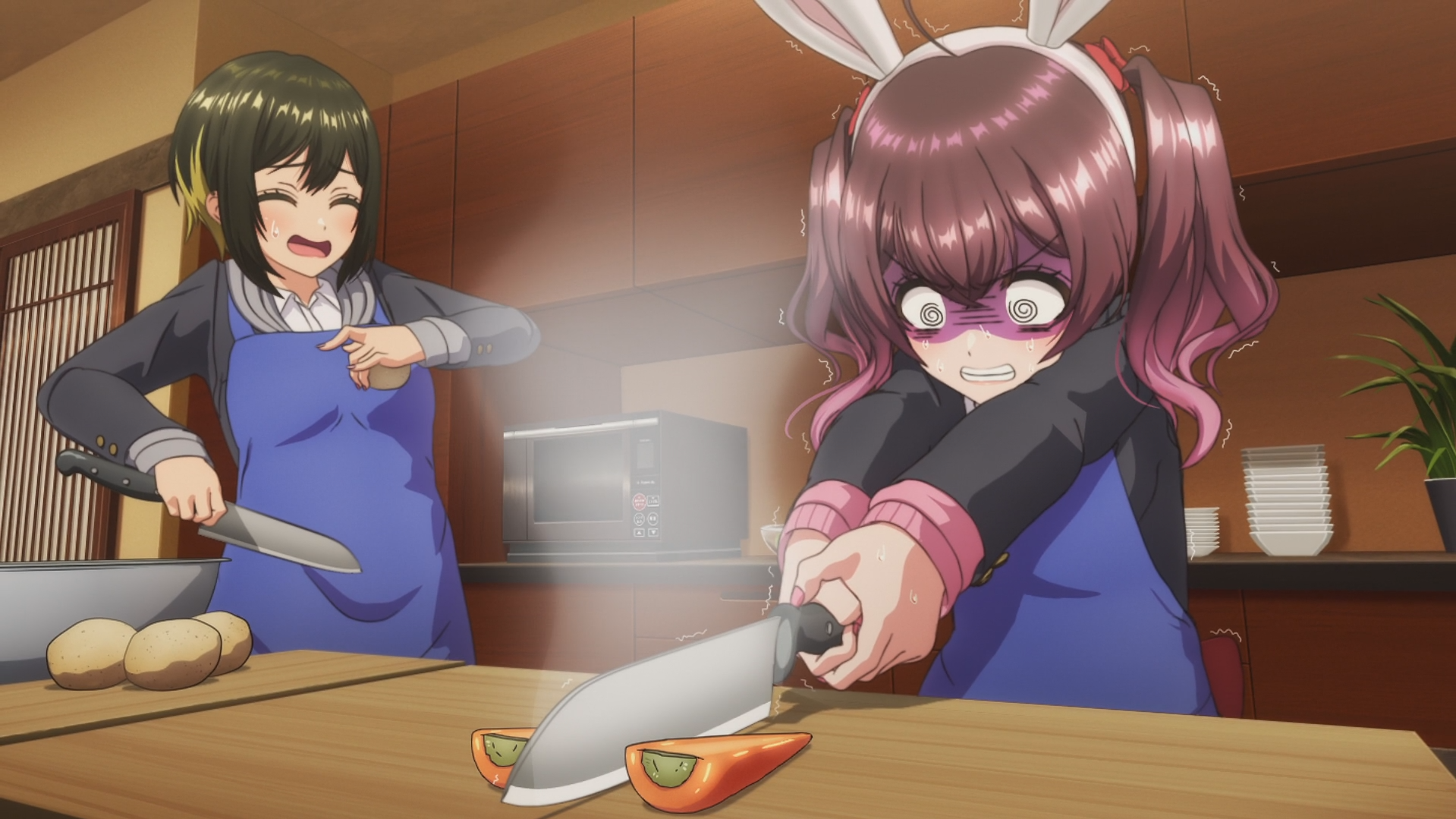 Thankfully, the characters of D4DJ First Act are filled with enough personality that make them very enjoyable to watch act off and onstage. Go Zappa (We Never Learn, Blend S) knows how to create or adapt cute female characters into the anime realm, and he’s applied his formula well into Bushiroad’s latest property. From Rinku’s bubbly positivity and Muni’s stage fright-based coldness to Maho and Rei’s composing mentality that puts them into deep focus, the four main characters of this anime have plenty of layers that make them either relatable or — to be blunt — a joy to watch in action.

What the anime gets right is the technical aspect of composing tracks. One of my biggest gripes about the Love Live! franchise is how it seemed these idol groups could come up with brilliant works of musical genius on a whim. In D4DJ First Act, we see how Maho and Rei work tirelessly to create songs, to the point where they attend classes with black circles under their eyes. The art of perfecting music is on full display in this series, as viewers can see how composers will go to microscopic levels to get a melody right. 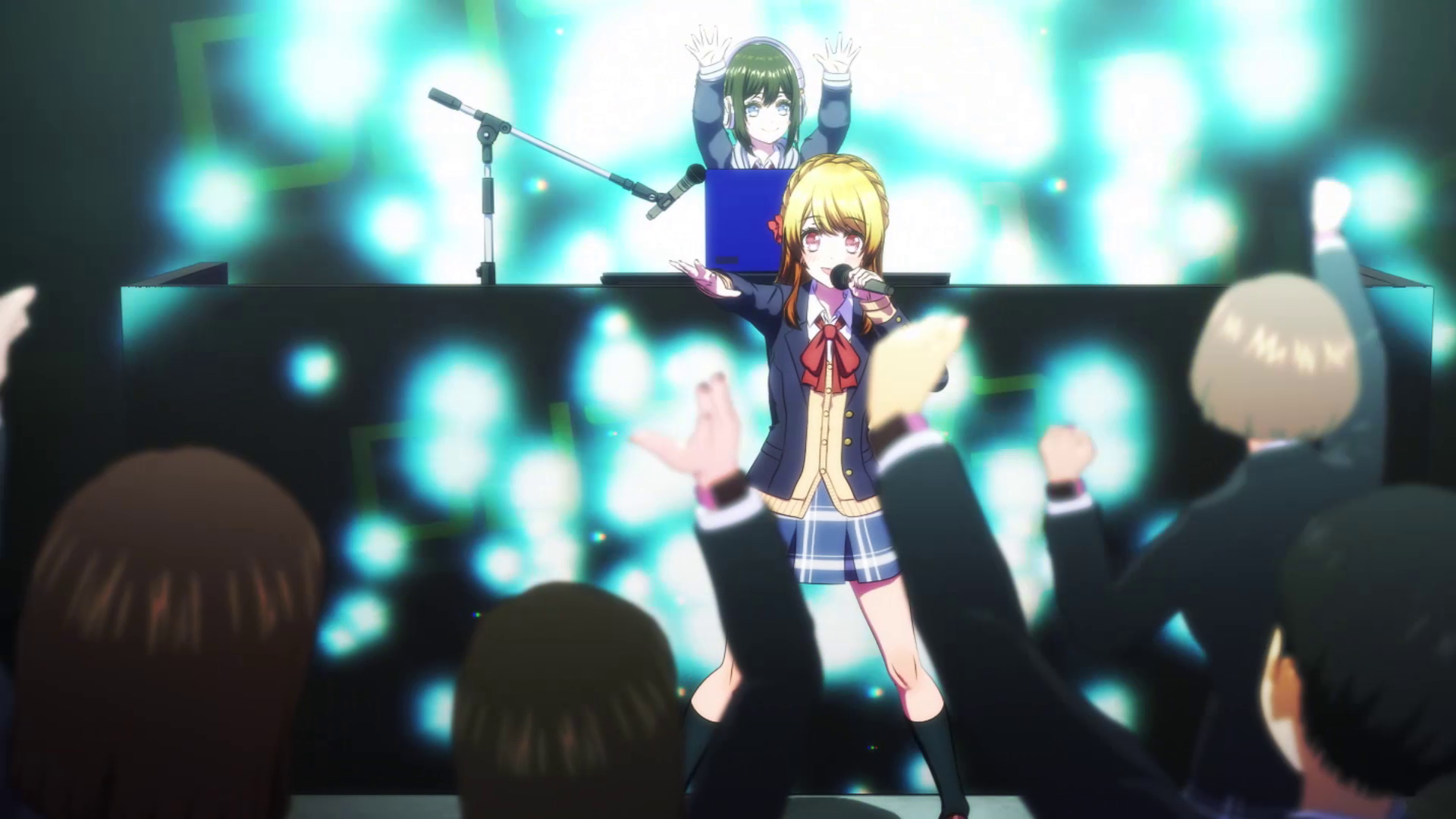 It’s in the live performances where the show is presented at its brightest. Watching Happy Around! or Peaky P-Key hitting the stage brings a vibe that matches with what anyone would feel when watching a really good live DJ perform in a venue. Even the choreography is done with a lot of attention to detail, to the point where it’s easy to see where the art of motion capture is put to great use. These parts of the anime are where the animation by Sanzigen (Sakura Wars the Animation, Black Rock Shooter) shines, as its overall presentation can range between being humorously janky to, well, noticeably bad.

Music is the main focus of D4DJ First Act, with the majority of the songs being incredibly club-worthy. The music by Happy Around! and Peaky P-Key are not only catchy as hell, but they are genuinely top-tier in the production side of things. (A personal favorite is Photon Maiden’s “Discover Universe”, which gets the concept of making a good electronica song filled with pomp and circumstance!) With that being said, it’s unfortunate that the weakest song is the series’s opening theme “Guruguru DJ TURN!!!”, which can feel a little cringe-y both lyrically and in its tone.

On the surface, D4DJ First Act may seem like a hard sell. But once you hear the music that it delivers, it’s easy to dive deep into what Bushiroad is now offering. Not only does it do a great job with showcasing the art of electronica music composition, but it also a wonderful visual demonstration of both why and how this sort of music brings joy to listeners everywhere. If you are missing the feeling of watching or hearing some good live dance music, then D4DJ First Act will adequately scratch that itch of yours.

D4DJ First Mix can be viewed on HIDIVE, Crunchyroll, VRV, FunimationNOW, and YouTube. It has been licensed by Sentai Filmworks. Episodes 1-8 were observed in this review. Promotional consideration provided by HIDIVE and Ellation.