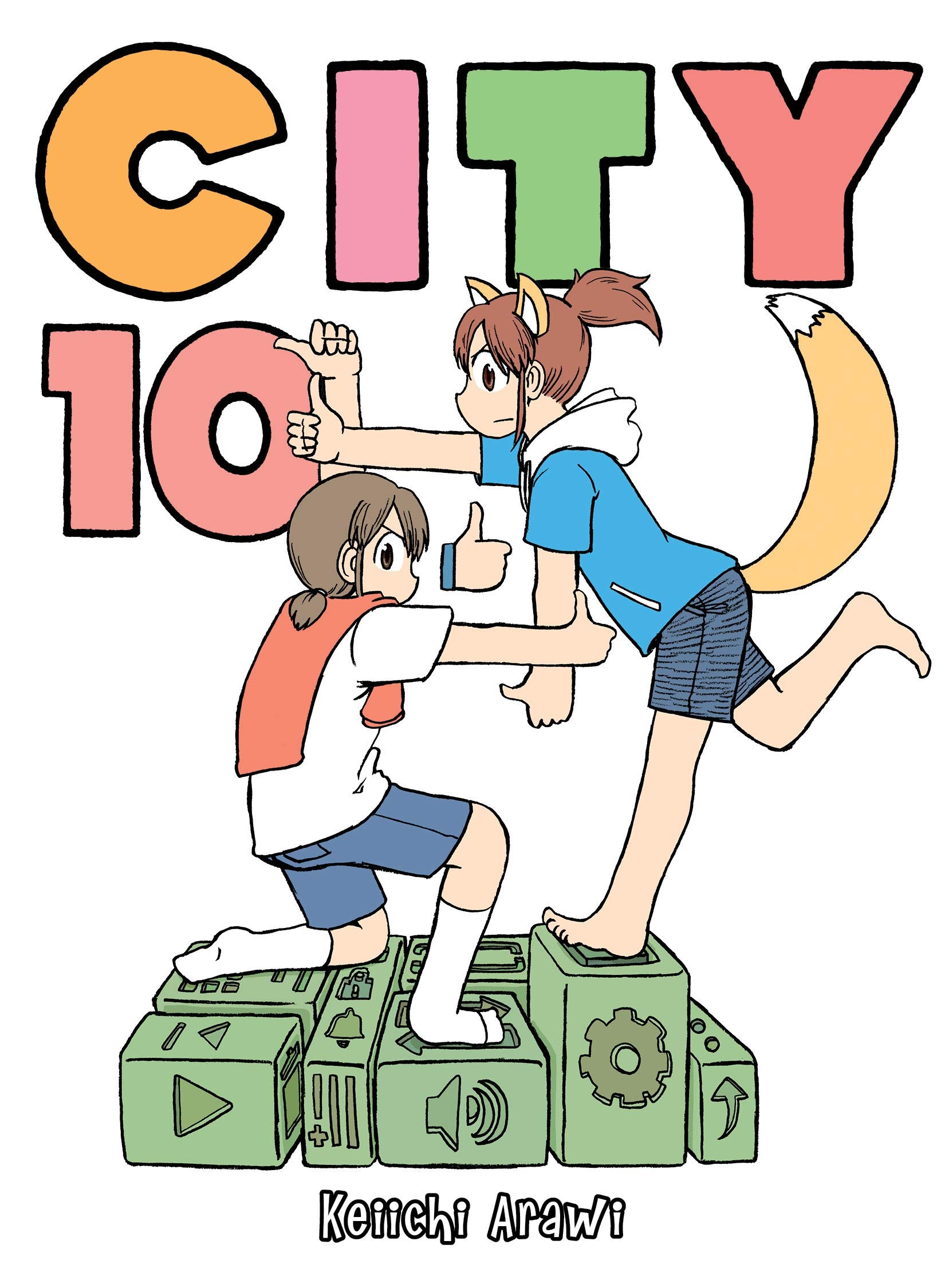 Is it a bad sign when a game that looks more complicated in real-life than it does in parody form? Despite owning a miniature version of it for fourteen years, I have yet to figure out the proper rules on how to play shogi. I’m told it’s just like playing chess, and yet its layout and pieces seem light-years far from the game Bobby Fischer mastered. There’s a reason why I’m bringing this up in this review of CITY’s tenth manga volume, but I’ll get to that in just a moment.

This volume of Keiichi Arawi’s latest volume has an underlying theme surrounding fame and fortune. Nagumo and Niikura attempt to become big-named YouTube stars via cosplay, crazy antics, and “Mambo No. 5”. Class 2-3 aims for a Guinness World Record, be it with a giant sneeze or a catchphrase. Meanwhile, Wako and Kamaboko attempt to save his Mr. Bummer series from being cancelled, with Kamaboko going to extreme lengths to keep it running in some form.

Nagumo and Niikura’s on-camera antics showcase how hard it is to be unique on a platform where everything has been done before. However, it takes one equally-big weirdo to notice their potential, leading them to nabbing a humorous proposal. The act of trying to take a world record also has its hardships, but the real fun is seeing Class 2-3 trying to one-up each student’s dumbness. As for the rescuing of Mr. Bummer, how Wako and Kamaboko attempt to save the series starts as a deep attempt to appease their editor-in-chief. It’s a clever switch of genres for his next series that quickly has the head of the magazine beg Kamaboko to bring back his character, and — like a good chess player — has their reactions planned five steps ahead of what actually happens.

Which now leads me to Chapter 132: “Surprising Shogi”. Despite my lack of knowledge of the game, its presentation here goes off-the-rails in such a way that makes the game all the more hilarious. It’s obvious that neither of the players know how to play shogi, with the commentators just as oblivious. But because they know nothing of shogi, seeing them using toy cars and food as pieces brings the episode to a sort of nonsensical-yet-godly hilarity. (An SCTV skit involving a game of chess easily came to mind while reading this chapter.)

Outside of these stories, there’s also a lot of other great comedic moments showcased in this volume of CITY. The act of Ding Dong Ditch goes haywire, leading to an epic chase across the country. Troupe Tekaridake puts on a fun play about a sulking echidna, although its conclusion seems to be up in the air. Lastly, Tatewaku deals with a mob of people who are also in love with Riko, leading to the cutie revealing her true feelings to the love-filled man.

Sweetness takes a back seat in Volume Ten of CITY, with Arawi throwing as many jokes as possible. As usual, a good chunk of those gags hit their mark in many wondrous ways. From both a visual and written perspective, CITY entertains in ways that not even Nichijou or Helvetica Standard have ever accomplished. Ten volumes in, and Arawi shows no signs of slowing down!