HomeComics/MangaGAME REVIEW | Saving The World Once More With Sam & Max

GAME REVIEW | Saving The World Once More With Sam & Max

GAME REVIEW | Saving The World Once More With Sam & Max

Brainwashed former child actors? Mafia-themed children’s restaurants? A sentient Abe Lincoln statue?! It’s all in a day’s work for the greatest cop duo to grace the comics, video games, and TV: Sam & Max. Created by Steve Purcell, the dog & hare crime fighters have had quite the lustrous career, especially in the digital realm. In 2006, years after their smash hit adventure Sam & Max Hit the Road, Telltale Games took a crack at the wise-and-skull-cracking pair in a new six-part series.

Entitled Sam & Max Save the World, the six episodes featured the titular team taking on half a dozen new cases, all of which found themselves connecting towards one ginormous one in the finale. Fifteen years since its first season graced PCs and consoles, Skunkape Games has remastered these adventures for a new generation to enjoy. Hitting the Nintendo Switch for the first time, Sam & Max offer a dose of cleverness with a side of delicious mayhem. 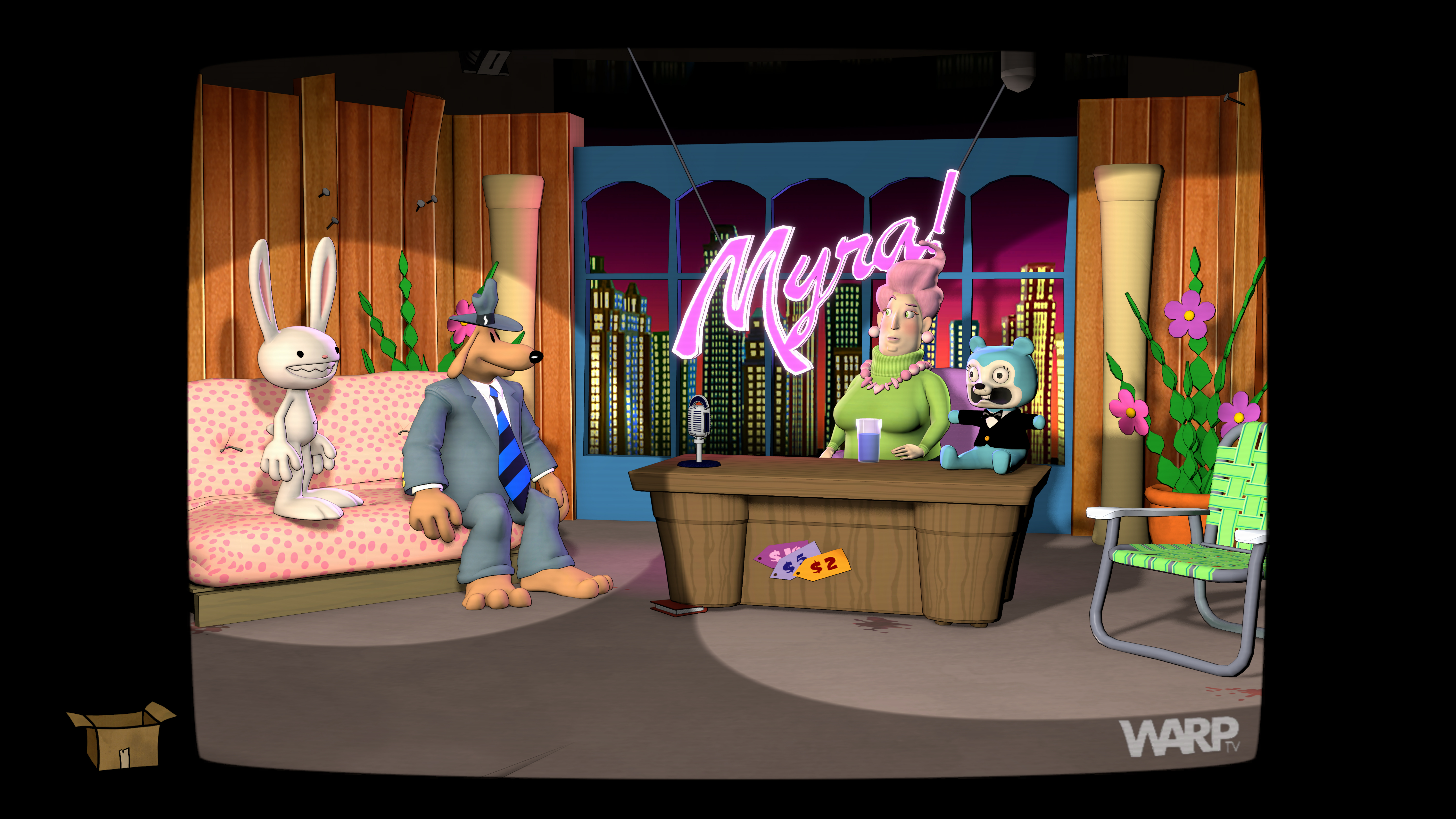 As someone who played the game when it first came out, it’s easier to see some of the great improvements placed into Sam & Max Save the World. For starters, the visuals look stunning! The characters move, interact, and crack jokes with lovely smoothness, especially when on the big screen in 1080p! (When in travel mode, the game reverts to its 30 fps speed, but still looks rather good.) Gone are the sluggish bugs that made playing this game on the Wii almost unbearable, with there being no glitches in sight when I played!

Secondly, the humor of Sam & Max is still just as funny as it was when it first launched. While some jokes have been tinkered with here and there, it hasn’t taken away the smooth crudeness that has made this duo one of the most lovable and funniest in gaming history. Yes, it can be crack-potted and mean-spirited at times, but that’s Sam & Max’s forte. If we can’t laugh at a former child star’s weak bladder or the 16th President of the United States, then I wouldn’t want to live on this planet anymore! 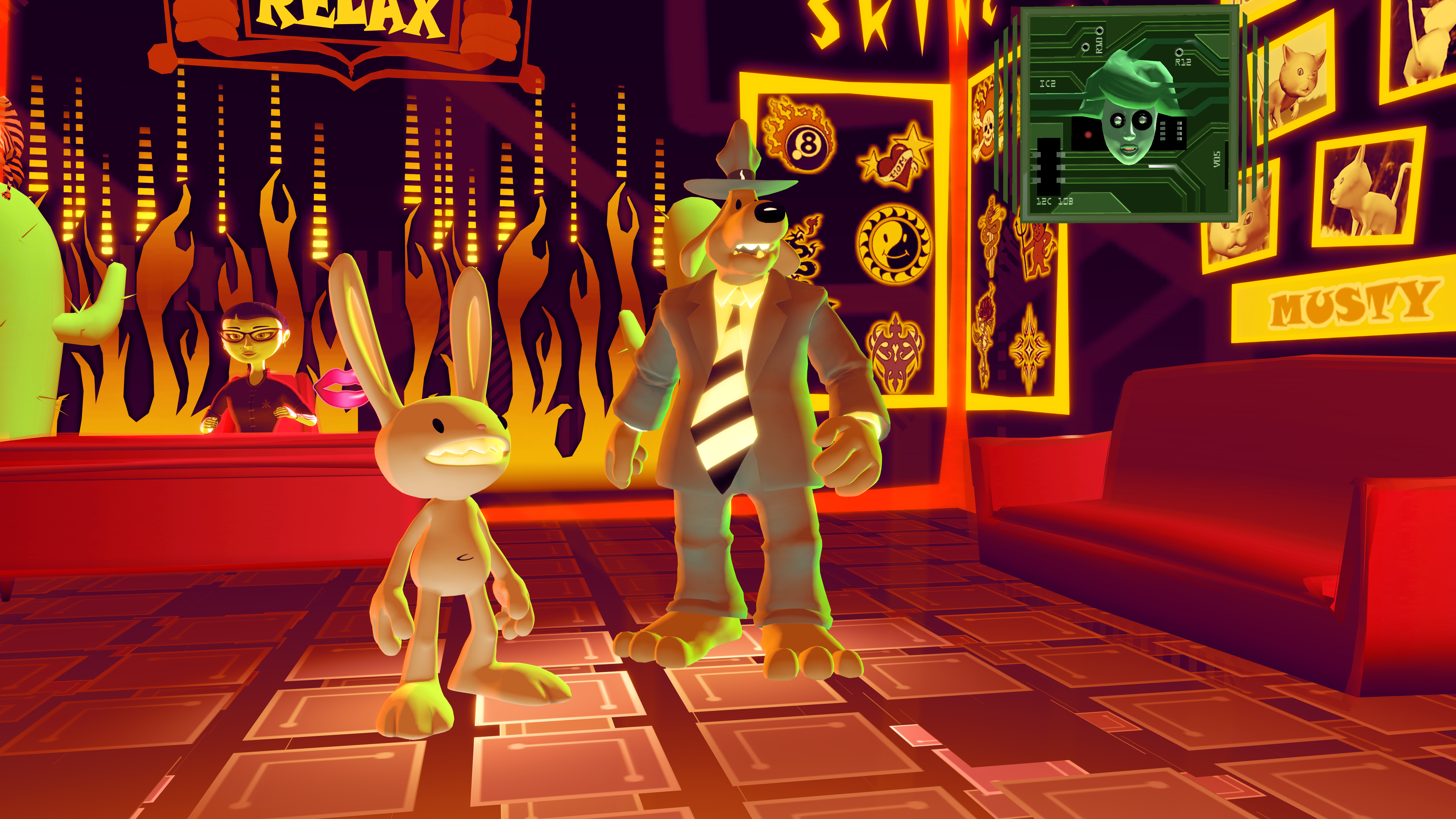 It’s hard not to crack a smile at the dialogue that’s thrown at you. From Sam’s exclamations when he’s realized something to Max’s nonsensical links to his past debaucheries, everything thrown at the gamer is simply a joy to behold. The classic film noir tone mixed with Looney Tunes-styled goofiness makes for some of the most memorable moments in the point-and-click genre.

Speaking of which, interacting with the Switch version is easy in either mode. When playing when the console’s docked, using the Joy-Cons to maneuver is just as swift as maneuvering with a mouse. However, when playing in travel mode, you can take advantage of its touchscreen mechanics and interact through those means. Either way works well, though I will say the touchscreen aspects have a slight advantage when it comes to clicking on certain objectives. 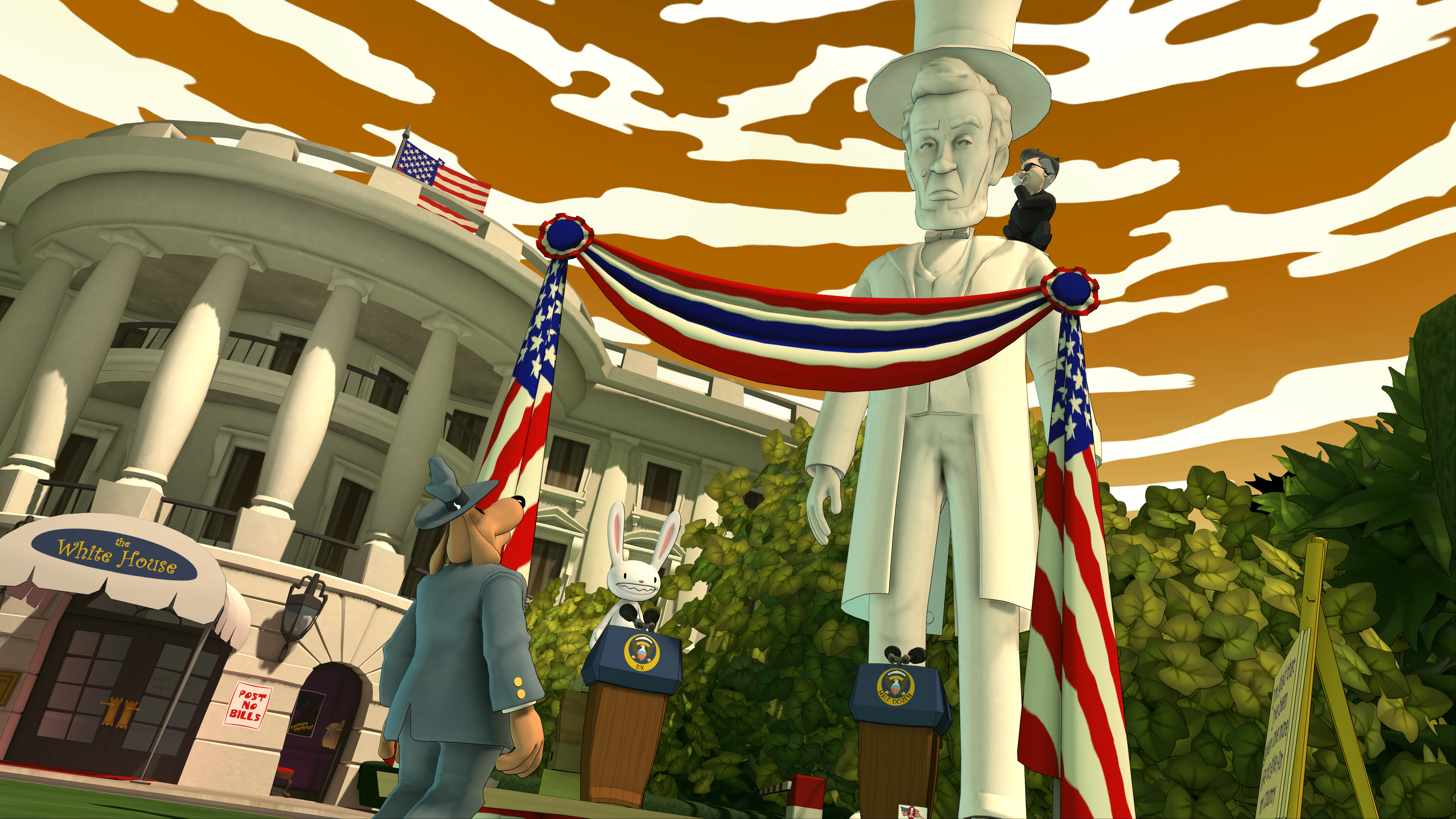 Lastly, there’s a feeling of newness when experiencing Sam & Max Save the World Remastered. There’s a lot that I remembered from when I played it many years back, but there are also gags that I didn’t catch the first time around. While it doesn’t have the multiple branching storytelling aspects that later Telltale titles would have, the unfounded jokes that you might’ve missed the first time around is reason enough to experience each nearly two-hour episode time and time again.

After fifteen years since it first appeared, Sam & Max Save the World is still just as fun and silly as it was was years back. Those who missed out on this duo’s first return to the gaming world should no doubt see what these crime-scolding cops have in store for their brains, eye sockets, and funny bones. You don’t have to be a banjo-plucking expert or a paranoid convenience store clerk to enjoy the madcap lunacy that’s offered in Skunkape Games’s fantastic remastering!