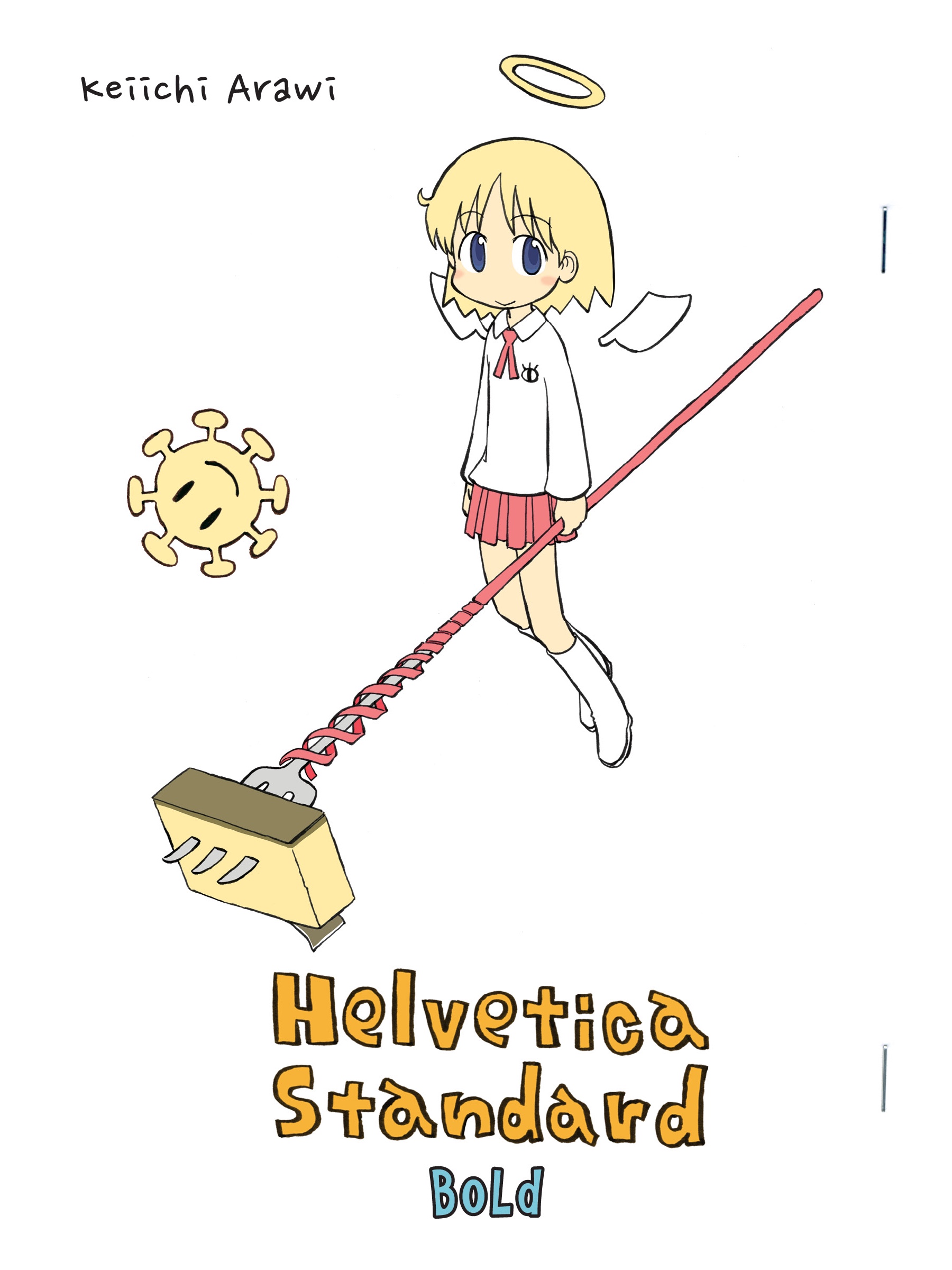 The mere mention of the name Keiichi Arawi will bring the most random of comedic imagery to both anime and manga fans. As the creator of nichijou, Arawi's forte diverged into the most nonsensical gags and punchlines. He also managed to create a visual spectacle that was both insanely detailed and wondrous to anyone's eyes. In a way, Arawi was able to present the world of an ordinary life via a child's spectacles.

It's why it's quite the joy to see Arawi's collection of Newtype Magazine contributions find its way across the Pacific, presented here under the title Helvetica Standard Bold. Consisting of nonlinear comics without an overall plot, this collection features a plethora of one-off and recurring characters twisting themselves into the most varied gags imaginable. Fans of nichijou's anime adaptation will recognize the Helvetica Standard name -- as it played a big part in its presentation -- and will come across some familiar bits featuring characters like Tengu and the Grim Reaper appearing to present some often humorous jokes. Well-known faces from the nichijou universe also make random appearances, bringing forth a tinier slice of their not-so ordinary life. 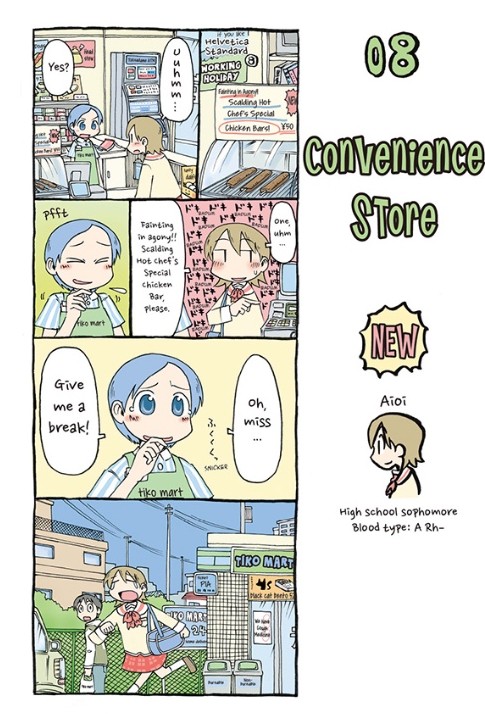 As apparent with Arawi's work, there is a lot of Japanese-styled humor that will go over the heads of the English-speaking crowd. Although there are a few jokes that are adapted to make it more understandable for our side of the ocean, there are others that will raise more eyebrows rather than tickle funny bones. (Bits involving a demon called Namahage will really confuse those unfamiliar with Japanese folklore.) Nevertheless the more weirder comics are easily overshadowed by the more funnier ones.

Outside of the main Helvetica Standard comics, the collection also features a plethora of extra goodies, ranging from nichijou promos made to announce new manga volumes to various illustrations that were created just for Arawi's own amusement. It's the writer's own personal stories that act as the brightest gem of these extras, with a tale about a friend named Yokkun and his apparent crush being the funniest of the bunch. Not only does it give detail to what kind of person Arawi was growing up, but it showcased where he got his own style of humor. 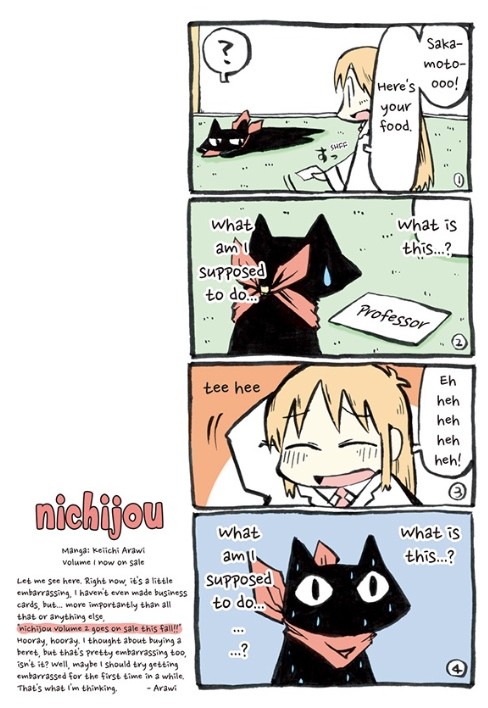 Those who enjoyed nichijou will find plenty to love about Helvetica Standard Bold. Thanks to some familiar characters, a wondrous visual style, and a behind-the-scenes look of the writer's life, this collection will entice anyone craving for a heavy slice of Japanese comic insanity. It may be strange at times, but in the end no one will be immune to Arawi's adorably kooky style.

No Borders No Race: The Another An...