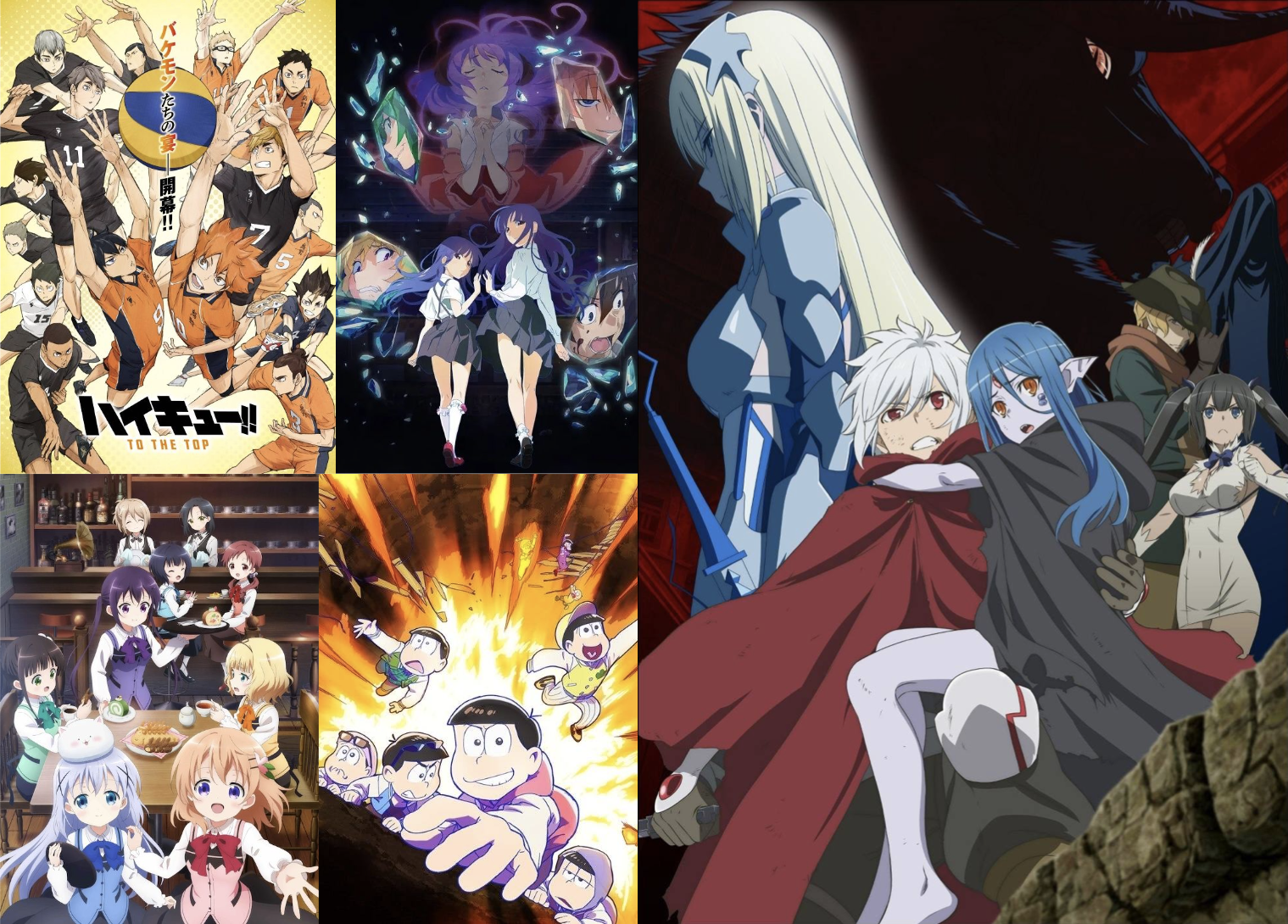 Within the ranks of the new anime premiering this past fall, there were quite a few returning favorites that nestled their way into the roster. Did these shows continue the legacy of their previous seasons, or did they hinder them in some way? Read on to see how these five shows bettered (or worsened) their continued franchises!

Haikyū!! To The Top (Season Five) 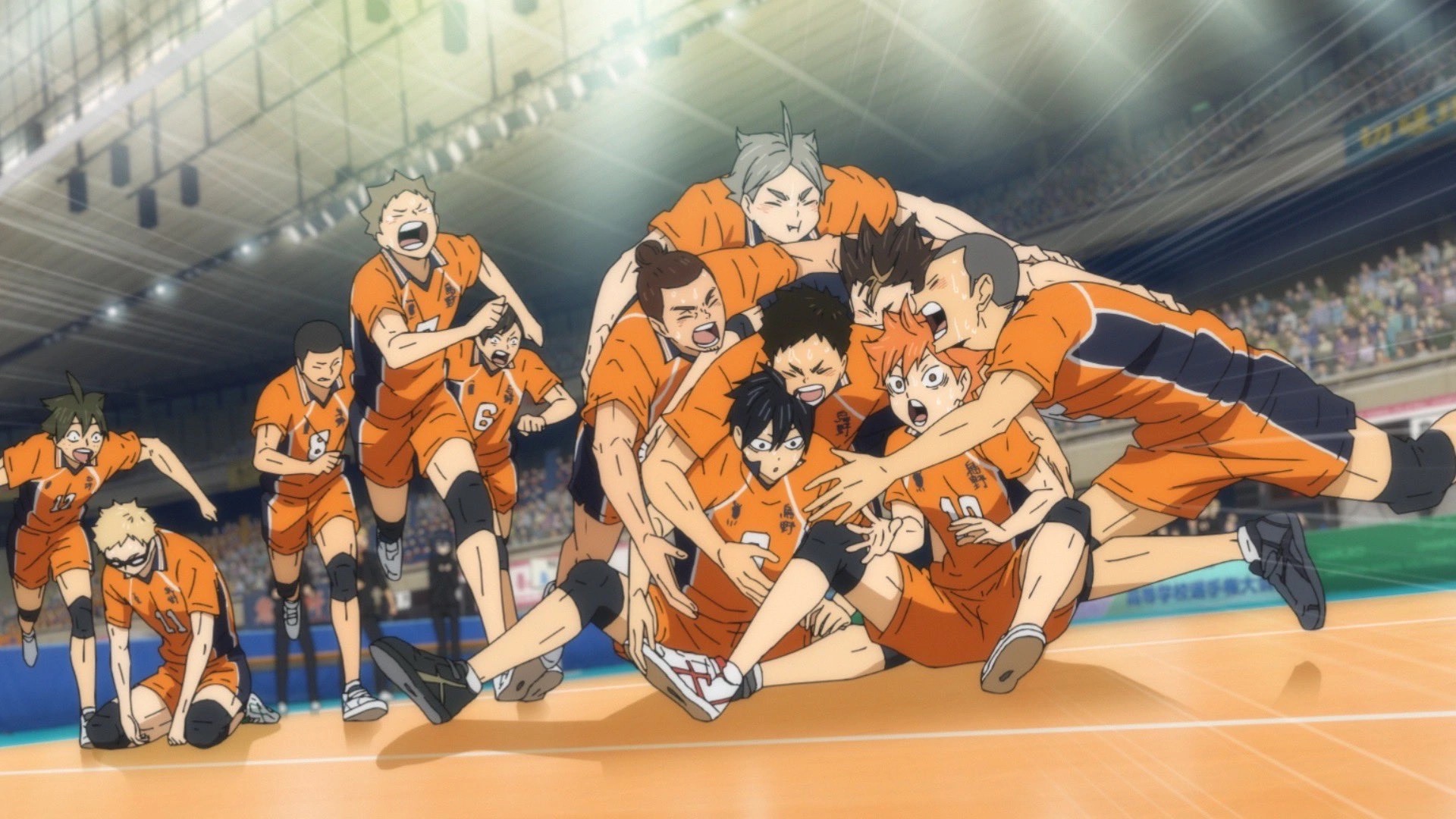 Haikyū!! is all about high octane sports action, with Karasuno High diving deep into the national volleyball tournament. As Hinata, Kageyama, and the rest of the team face off against Inarizaki to make their way towards the finals. But as always, the battle to the top is never easy, with Inarizaki having their own tough teammates to keep Karasuno on their toes along every way.

One thing about this particular season of Haikyū!! is its focus on the ins and out of the game. Although the series has done a great job with focusing on the outer elements of volleyball, this is where the internal part of the game truly shines. Mind games have been instrumental in the series’s narrative, but it’s here where the power of athleticism, brains, and stamina came together as one. And the end result was simply glorious!

No one knows whether or not the rest of Haikyū!! will be animated, but it would be a huge disservice to fans if it weren’t. Nevertheless, Karasuno’s journey to the top continues to demonstrate why this is the premier sports anime around. With the manga ending this past summer, it’d be criminal not for Production I.G to continue with its adaptation. Until then, we can only hope to see Karasuno’s rise in motion.

Haikyū!! can be viewed on HIDIVE, Crunchyroll, VRV, Netflix, and Hulu. It has been licensed by Sentai Filmworks.

Is It Wrong To Try To Pick Up Girls in a Dungeon? (Season Three) 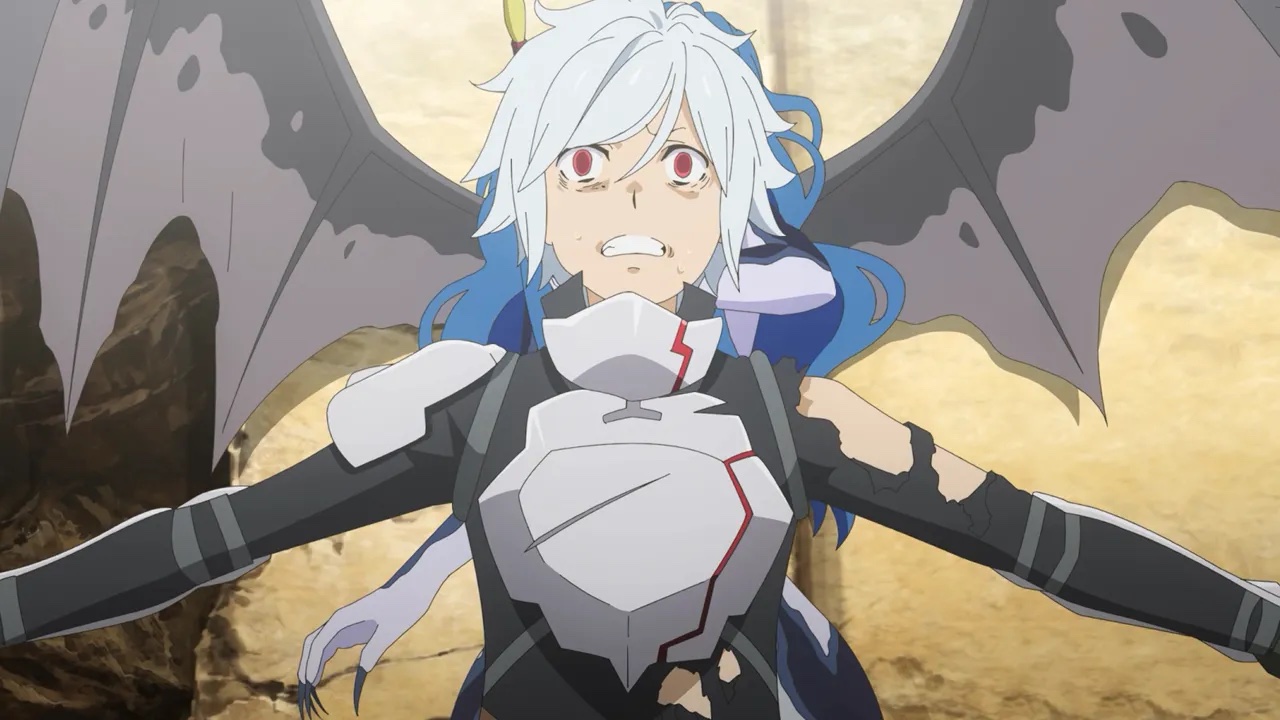 What a return! Although Season 2 of Is It Wrong To Try To Pick Up Girls in a Dungeon? had its moments, it struggled to find the identity it had in its first season. That identity was rediscovered in its third season, with an arc that lasts all twelve episodes. In it, the Hestia Familia are shocked to find a monster in the dungeon that not only talks, but also wishes not to fight. Dubbed Wiene, the monster girl attempts to blend in the rest of the group, but some of the Familia struggle with trusting her.

This leads to the discovery of the Xenos, a breed of monster who live and speak like humans. It is a moment when Bell and the gang realize that there may be more to these creatures than to kill them. However, the rest of Orario isn’t so easy to accept such a revelation, as poachers and the like attempt to hunt them down for sport and trade. It all reaches a point where the Hestia Familia and the Loki Familia must face off against one another, with Bell forced to possibly fight with Ais Wallenstein.

Although it’s the comedy that drew some people to the DanMachi universe, viewers will be surprised by the lack of it in this particular season. With that being said, this season shows a real growth to Bell Cranel, who may not be able to head down to the dungeon like usual after this. Season Three is the true definition of a game-changer, and despite its suggestive title, Is It Wrong To Try To Pick Up Girls in a Dungeon? has cemented itself as being one of the very best fantasy series of the last ten years.

Is It Wrong To Try To Pick Up Girls in a Dungeon? can be viewed on HIDIVE, Crunchyroll, VRV, and Hulu. It has been licensed by Sentai Filmworks.

Is the Order a Rabbit? BLOOM (Season Three) 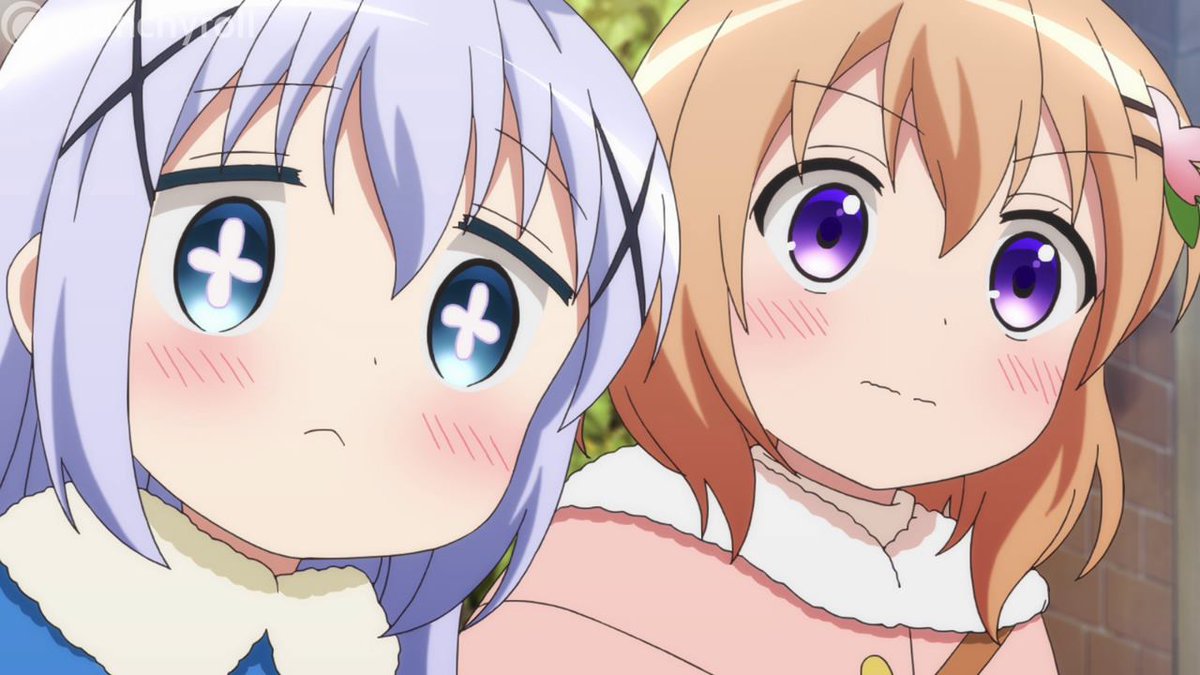 During this pandemic, one of the shows that has become a true comfort to watch is Is the Order a Rabbit?. The story of a group of girls working in a cafe is prime “Cute Girls Doing Cute Things”, but it features a lot of good laughs and character development. (We still don’t know how the grandfather turned into a fluffy bunny ball!) Five years since its second season, Is the Order a Rabbit? returned, demonstrating the power of character growth.

Although the show is mostly about the ladies acting adorable in and out of Rabbit House, we see some deep moments involving Chino, Maya, and Megumi. As they are transitioning between middle school and high school, the three friends begin to wonder what the next chapter of their lives holds. Do they want to go to the same high school as Cocoa or Chiya, or do they wish to aim for the private academy that Rize and Syaro call their learning headquarters? It gets to the point where the three friends might find themselves branching different paths, something that bothers Chino most of all.

Despite some of the more thoughtful elements to the season’s narrative, Is the Order a Rabbit? continues to be good healthy anime fluff to put on when you need a good escape. It may not be an iyashikei, but its tone certainly is relaxing one. Like a good cup of hot coffee served with a smile, Is the Order a Rabbit? BLOOM knows how to ease into your stomach and let out a soulful sigh of relief.

Is the Order a Rabbit? can be viewed on HIDIVE, Crunchyroll, and VRV. It has been licensed by Sentai Filmworks. 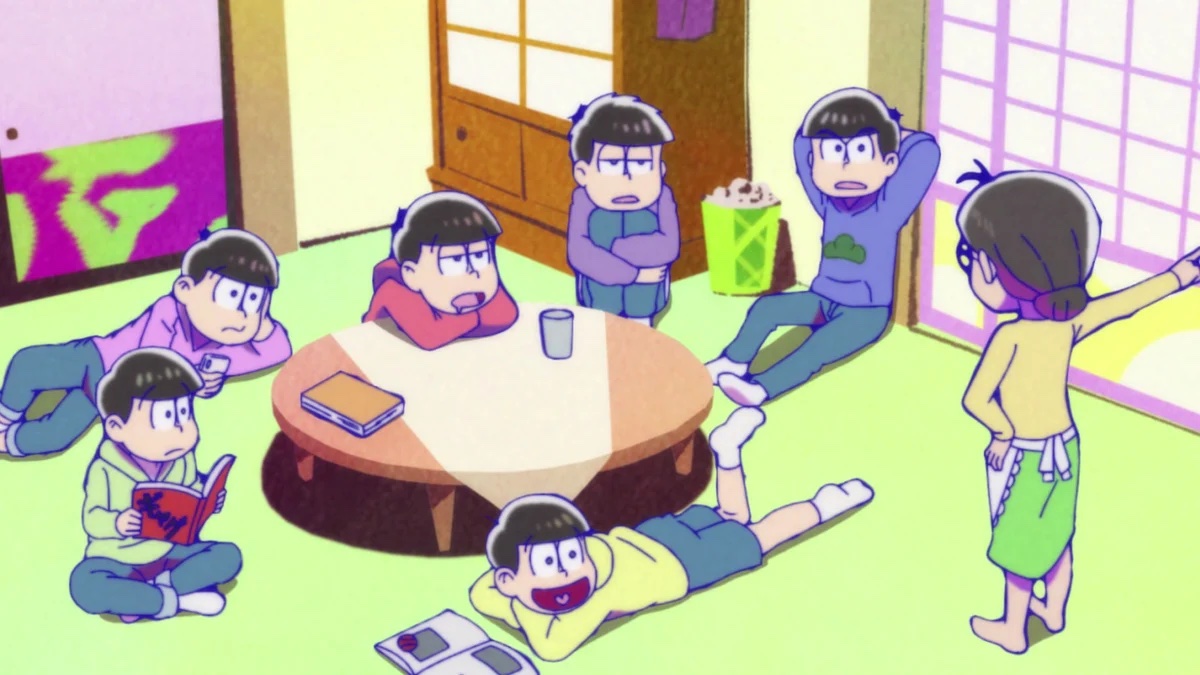 The sextuplets may have been byproducts of the Showa era, but the third season of Mr. Osomatsu has proven that they adapt well in the time of Reiwa. While the series has mostly stand-alone episodes, two new characters enter the brothers’ realm, in the form of the Riceball Robot Twins. Although they are brought in to assist the NEETs in every day life, the robots are soon influenced by their lazy “masters” in a very humorous way.

Its comedy hits hard and strongly, especially when it is focused on the other people in the Mr. Osomatsu universe. One of the best segments involves the Riceball duo grilling Iyami over the meaning and reason behind his “Sheh!” catchphrase, forcing the big-toothed fan-favorite to have a nervous breakdown. Totoko and her idol rival Nyaa’s decision to team up leads to a very good punchline, whereas Dekapan and Dayon go Top Gun in a nonsensical action sequence.

Thankfully, the six brothers also manage to bring plenty of laughs, be it the deadpan style of Ichimatsu pretending to host a talk show or Jyushimatsu almost killing his bro with a massage. While Mr. Osomatsu started off on a slightly stale note (which I go into in its original review), the revamped version of Fuji Akatsuka’s beloved manga has shaped itself to being one of the most consistently funny anime to come out in recent memory. It sometimes might not make sense for those living outside of Japan, but most of the humor manages to hit its mark with a little hustle and muscle! (Also, AOP’s opening theme “Nice To NEET You!” is a Goddamn banger!)

Mr. Osomatsu can be viewed on Crunchyroll and VRV. It has been licensed by VIZ Media. 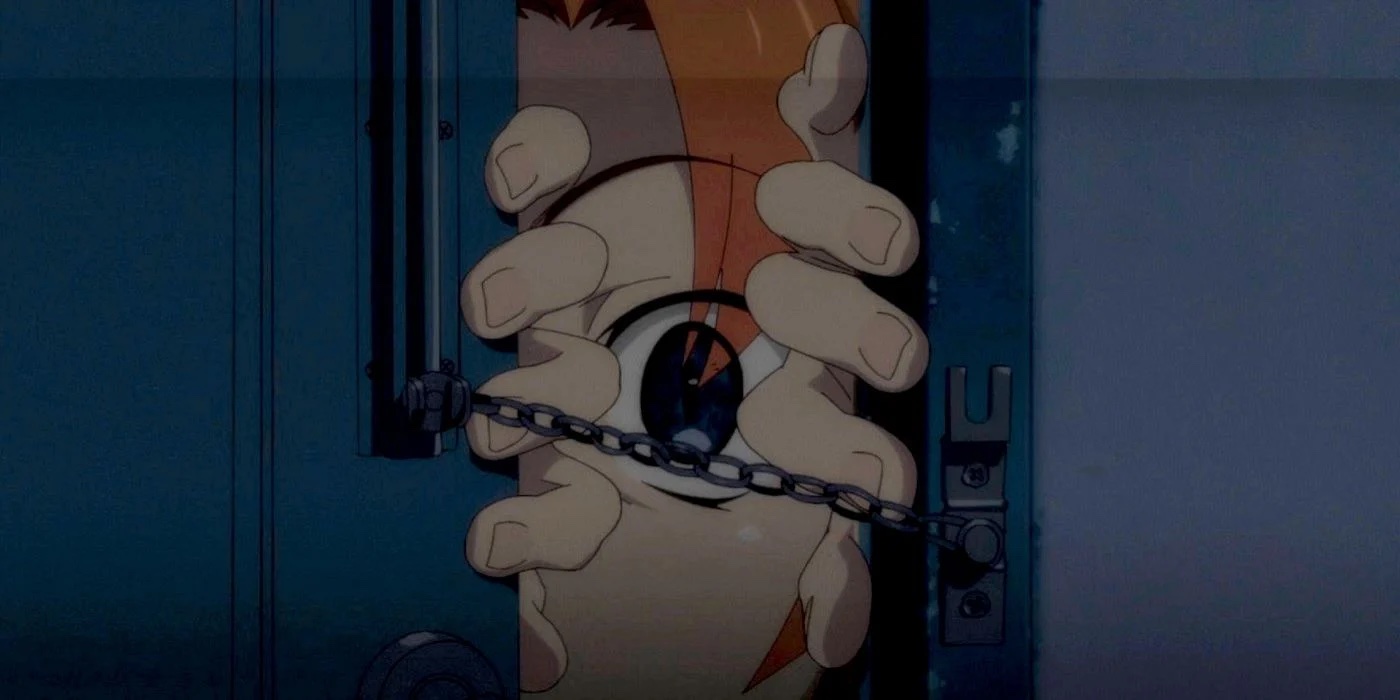 It has been nearly 15 years since Higurashi: When They Cry has graced a Japanese TV screen. Yet even after all of this time, the series’s infamy lingers in the back of every horror fan’s mind. Returning to Hinamizawa after all of this time is both thrilling and frightening, as those who know what happens to Keiichi and his friends will be both joyful and squirming in their seats over what happens.

As it was in the previous seasons, the same June week is repeated surrounding a festival. Each time, a different path is paved, be it one about a suspicious town event from years back to friends bonding together to save a friend from spousal abuse. All of it is tied together by a curse that lingers in the countryside town, with its origins and reasons still a lingering mystery. Worst of all, someone in the friends circle is forced to relive every one of these timelines and remember its pain and anguish.

If you have ever watched Higurashi, then you kind of know what to expect. However, those in the dark of this series will be treated to a lot of uncomfortable narratives and gruesome gore, tied together uncharacteristically by its moé personality. When that shoe finally drops, and the real face of the show is on display, viewers will no doubt cringe in horror by what unfolds onscreen. GOU continues the Higurashi: When They Cry tradition well, and fans of the original will find plenty to enjoy on the blood-soaked grounds of Hinamizawa.