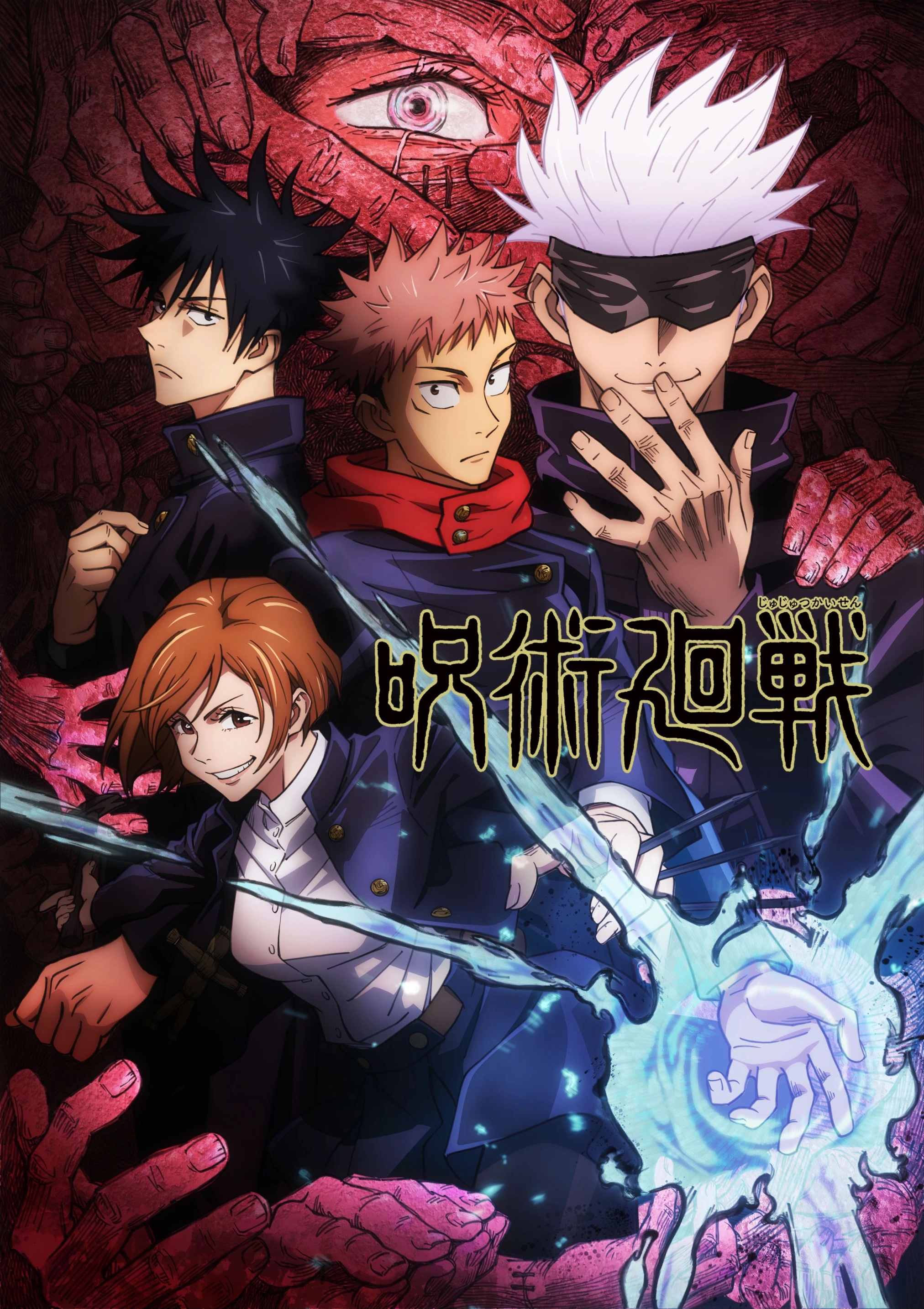 Jujutsu Kaisen has grown to become one of the hottest shonen manga series of the last couple of years. It’s a no-brainer why it’s appealed to readers all over the globe, thanks to its great battles and fun characters. (Readers can check out my reviews of its original manga here!) Now with an anime adaptation arriving on the small screen from MAPPA (Zombie Land Saga, Sarazanmai), can Jujutsu Kaisen keep the hype going? After watching through the first half of its premiere season, it’s obvious that Gege Akutami’s creation will be one of the tough ones for other shonen series to beat.

As it was in the original manga, Jujutsu Kaisen follows Yuji Itadori (Junya Enoki), a high schooler who’s found himself mixed up with some occult craziness. One night, a couple of Curses find their way into his school, nearly making mince meat out of his friends. Yuji finds what the Curses are seeking: a rotting finger that once belonged to the King of Curses Ryomen Sukuna (Junichi Suwabe). Naturally, Yuji comes up with a solution to this problem: he eats the finger. 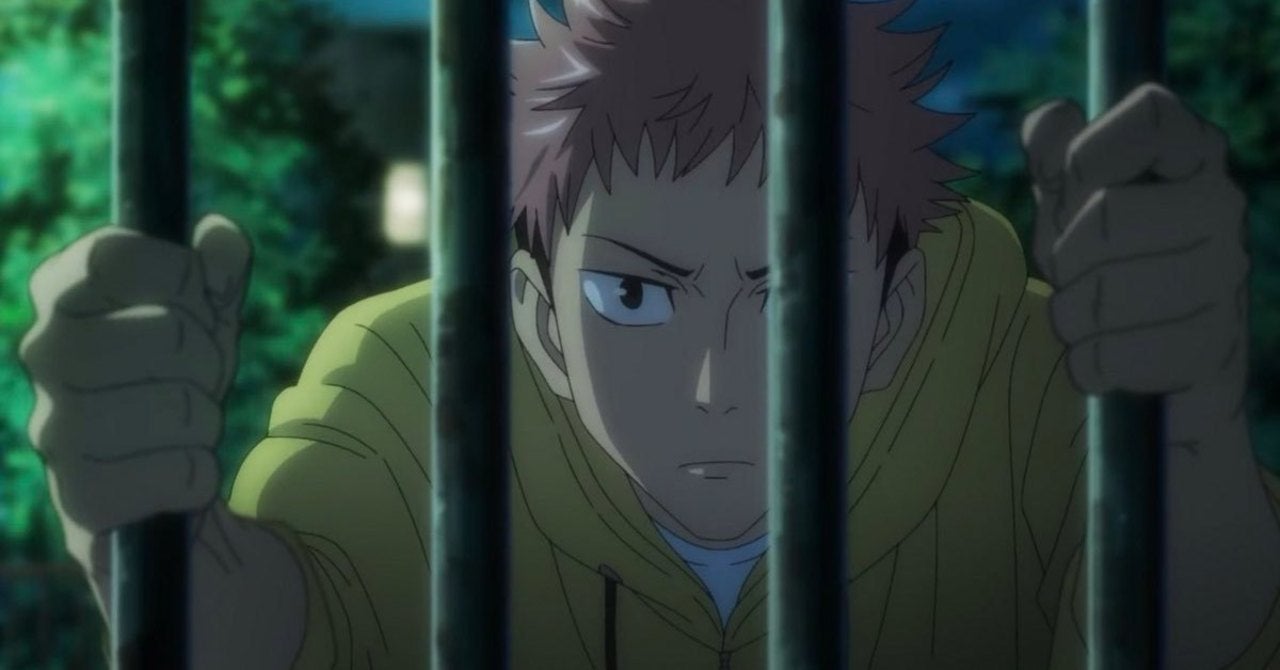 Because of his actions, Yuji is now marked for death by sorcerers everywhere. However, sorcerer Satoru Gojo (Yuichi Nakamura) comes up with a plan to gather up the rest of Ryomen’s fingers, have Yuji eat them, and then exorcise the Curse once and for all. To do this, Satoru keeps and eye on Yuji by having him enroll in the Tokyo Metropolitan Magic Technical School, where he finds himself alongside studying sorcerers Megumi Fushiguro (Yuma Uchida) and Nobara Kugisama (Asami Seto). As Yuji learns under Satoru and the rest of the academy, he starts finding new ways to not only keep Ryomen under his control, but also find ways to use his powers.

There is a lock to unpack when it comes to Jujutsu Kaisen. The layers of storytelling that are lathered in this series are at times hard to digest in its 23-minute doses. It’s an anime that requires a lot of attention from its viewers, as even the smallest amount of detail missed may leave some confused somewhere down the road. From the way sorcerers’ attacks work to even the origin of these Curses, practically every tidbit is filled with loads of intriguing knowledge. 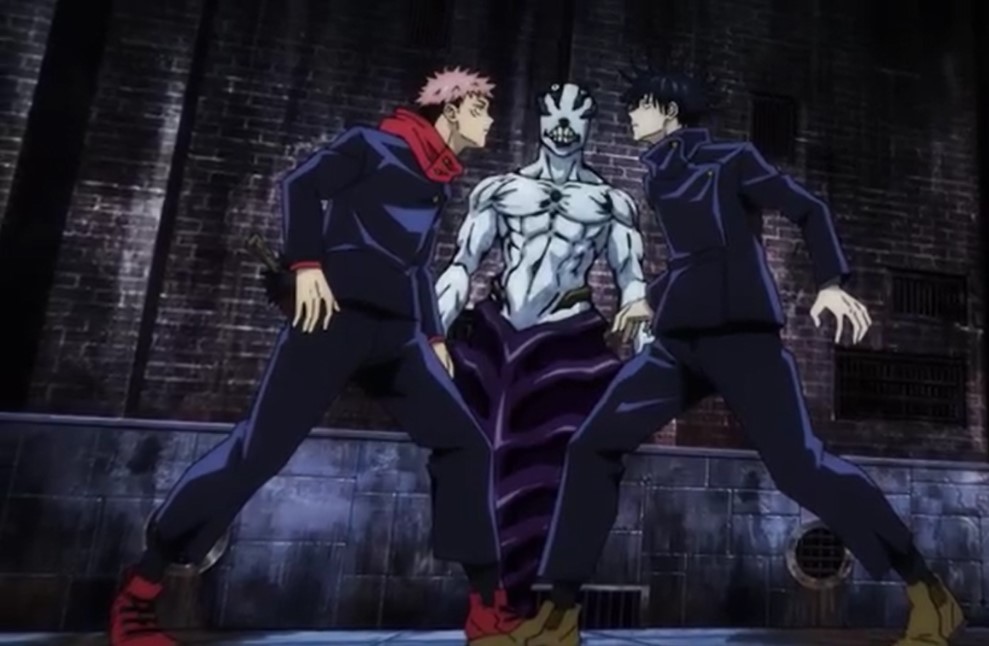 However, not all of the narrative is exactly perfect. The storyline involving Junpei Yoshino (Yoshitaka Yamaya) suffers from a lot of dry areas. It’s a situation where we’ve seen far too many characters like Junpei in the past, to the point where he comes off as a stereotype of a bullied loner. I get that this is where the main villain Mahito (Nobunaga Shimazaki) is thrusted into the spotlight for all to see what kind of Curse he is, but the way it’s handled is not unique in the slightest. Granted, Mahito is a frightening foe that Yuji and the rest of the sorcerers will have to face off with in the end, but the fact remains that the moment where he really shows what he’s got is forcibly shared with someone as uninteresting as Junpei.

Once Junpei’s out of the picture, viewers are treated to some fun storytelling, as well as some hilarious banter from the characters. Jujutsu Kaisen is a dark story, so punching it up with laughs when needed helps to ease a lot of the more tense moments. You don’t ever forget that Yuji, Megumi, and Nobara are still teenagers, as they have their cute and dorky moments here and there. The same can be said about Gojo-sensei, whose carefree attitude gets him in trouble with the brasses more often than not. 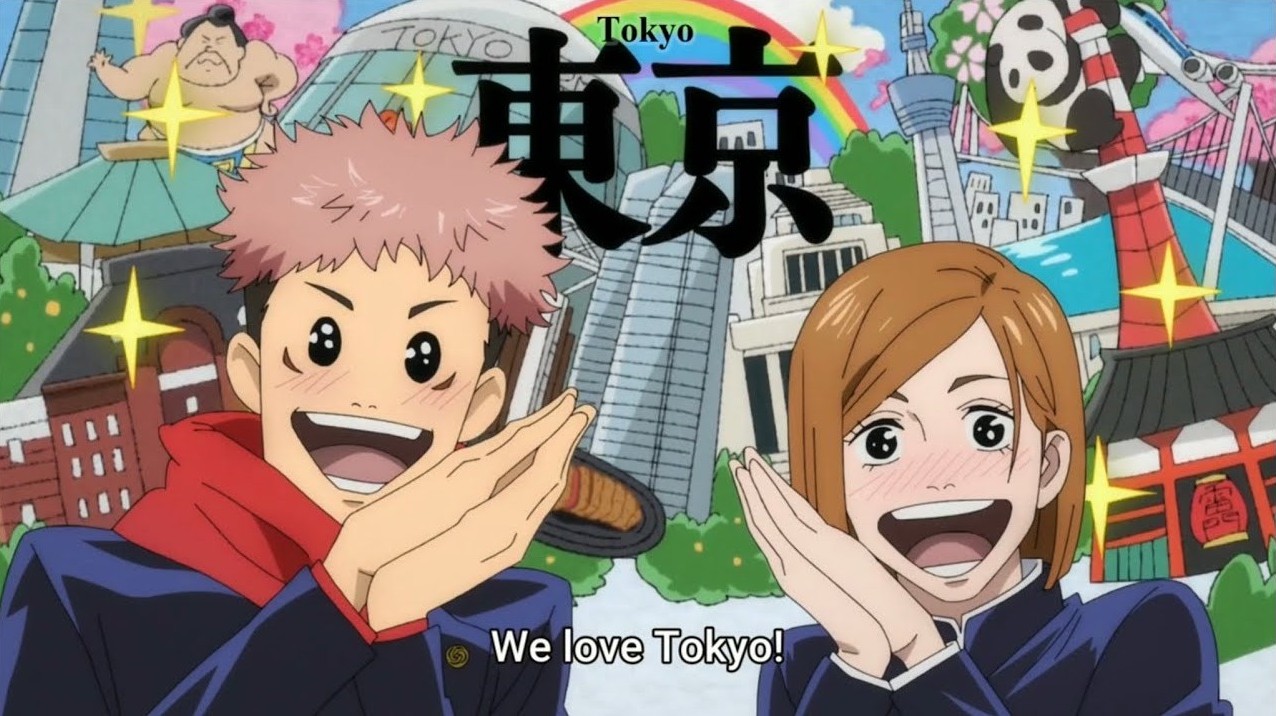 The charm of these characters are presented with glee by their voice cast. Enoki is energetic as Yuji, who delivers his lines either with pure joy or — when the time calls for it — cold sincerity. Nakamura’s Gojo-sensei switches between dorky and badass at the drop of a hat, giving way to a character that’s enjoyable to watch every time he’s onscreen. On the same spectrum is Shimazaki’s Mahito, whose evil ways are showcased in a Curse that has a somewhat happy-go-lucky kind of attitude whenever he appears.

It’s almost hard not to look away from what Jujutsu Kaisen has to deliver. When the action hits, it brings some of the most impressive battle sequences seen in anime in the last couple of years. Director Sunghoo Park used what he learned when doing last summer’s The God of High School, and amplified it with style and grace. The instant Yuji and Megumi start fighting curses in the first episode, it’ll grab hold of you, throw you down its pit, and refuse to let go. As the fights go, they’re simply breathtaking. (The current “Kyoto Sister School Goodwill Event” battles, especially the one between Panda (Tomokazu Seki) and Mechamaru (Yoshitsugu Matsuoka), are on a whole different level than anything seen in fighting anime in the last five years!) 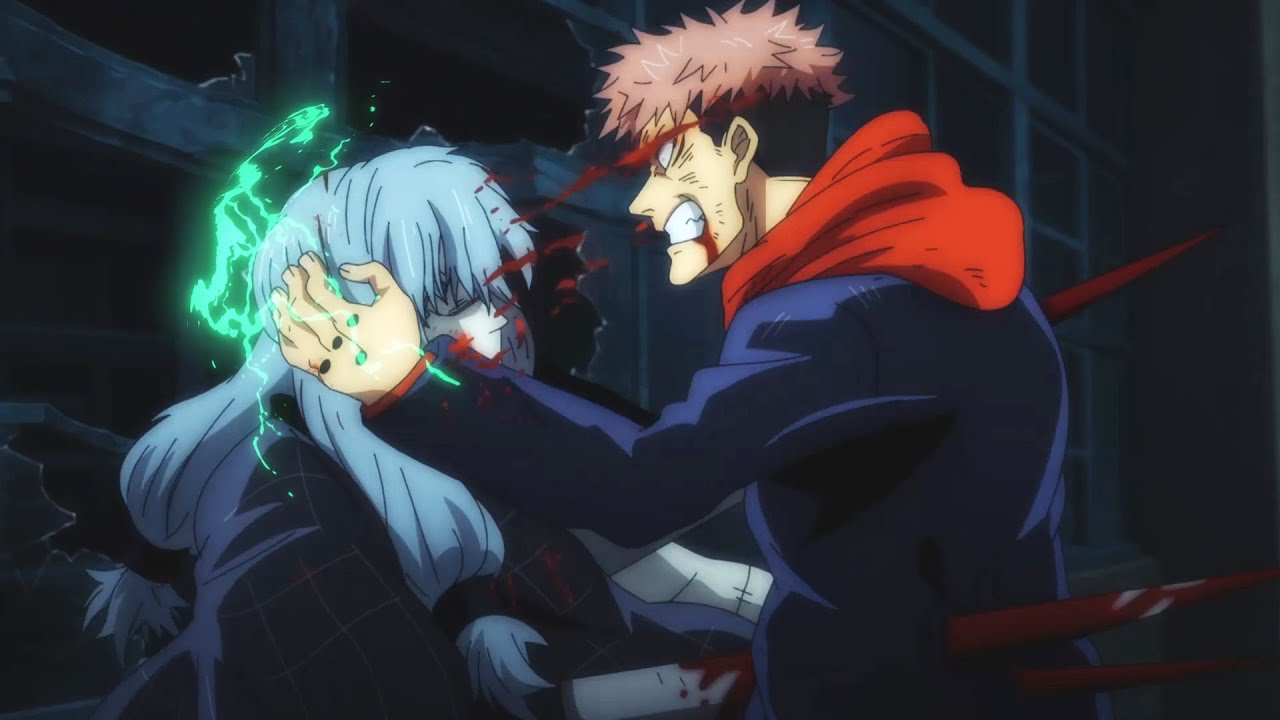 Opening themes “Kaikai Kitan” by Eve and “VIVID VICE” by Who-ya Extended do a great job with pulling audiences into the show, both of which rock hard and fill anyone’s speakers with good fighting vibes. For its ending themes, they are as different as can be. The first — ALI’s “Lost in Paradise” — is a banger of a dance track, matched well with his fashion-powered visuals. On the other end — Cö shu Nie’s “give it back” — is a beautiful ballad filled with gorgeous harmonies and powerful classical elements.

Thus far, MAPPA has done justice for Gege Akutami’s Jujutsu Kaisen. While there are some flaws to its narrative, the visual aspect of the manga is brought to life perfectly. It’s exciting, funny, deep, and — in a couple of cases — scary when it calls for it. With the series currently deep in to the “Kyoto Sister School Goodwill Event” storyline, things are about to get even more bombastic in the world of Jujutsu Kaisen!

Jujutsu Kaisen can be viewed on Crunchyroll and VRV. It has been licensed by Crunchyroll. Episodes 1-17 were observed for this review. Promotional consideration provided by Ellation.