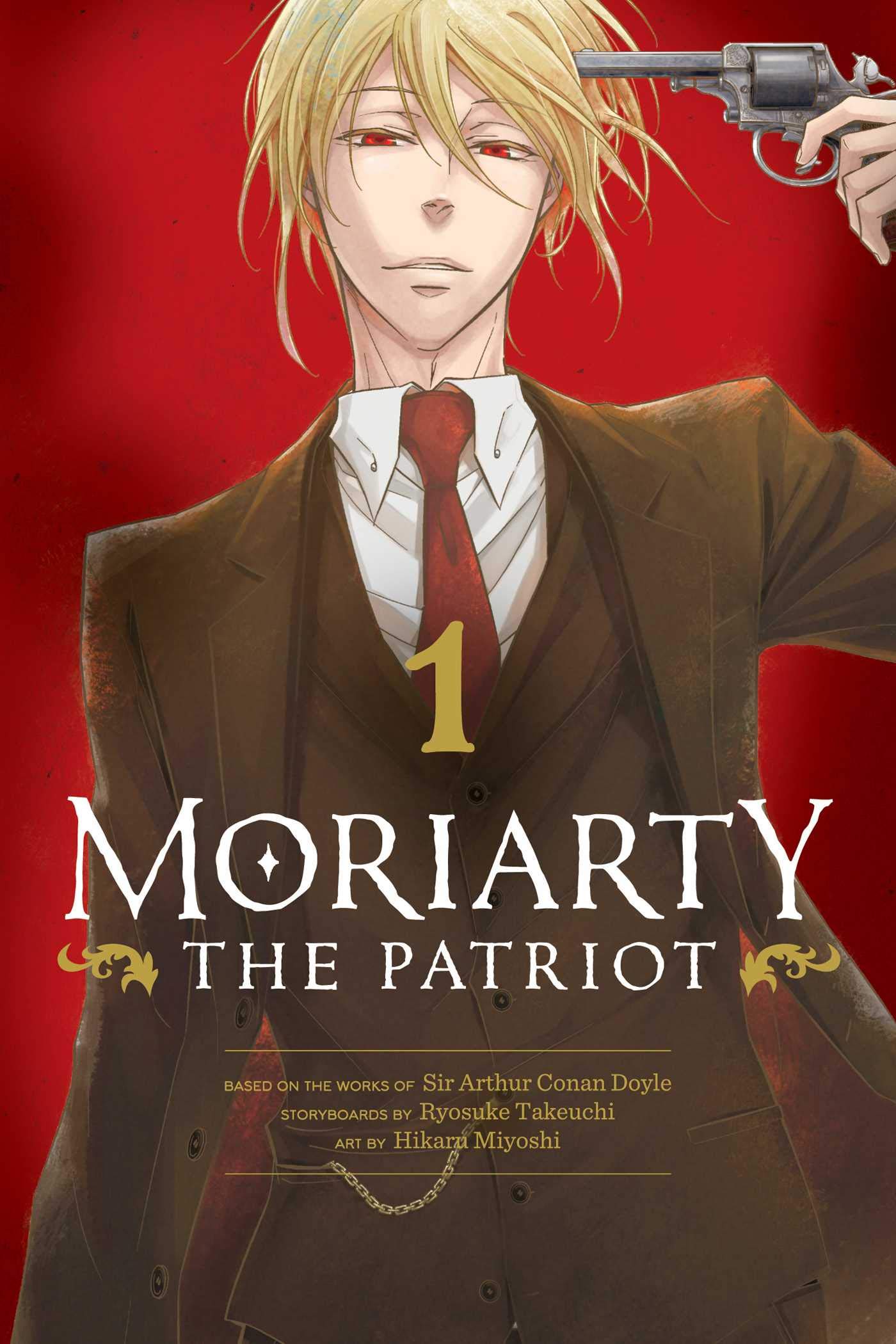 I fell in love with Sherlock Holmes at a very young age. Although my attention span couldn’t handle the bigger books of Sir Arthur Conan Doyle’s sleuth, his short stories were like wonderful brain teasers. However, it was in the first grade when my classroom’s small library had in its possession a picture book about Holmes’s last case, one involving a standoff with one James Moriarty. Although I was rooting for the detective the whole time, I recall being curious about this foe. Who was he, why was he Holmes’s rival, and what made him such a formidable opponent?

Author Ryosuke Takeuchi and illustrator Hikaru Miyoshi aim to answer this great mystery that not even Sir Doyle himself fully revealed, in the series Moriarty the Patriot. Here, Holmes’s greatest rival is recreated as an anti-hero for Britain, one who uses his smarts to right the wrongs in UK’s society. It’s a time where the top 3% of the population reigns supreme of the land. If you weren’t rich, then you were worth less than dirt to those who ruled. 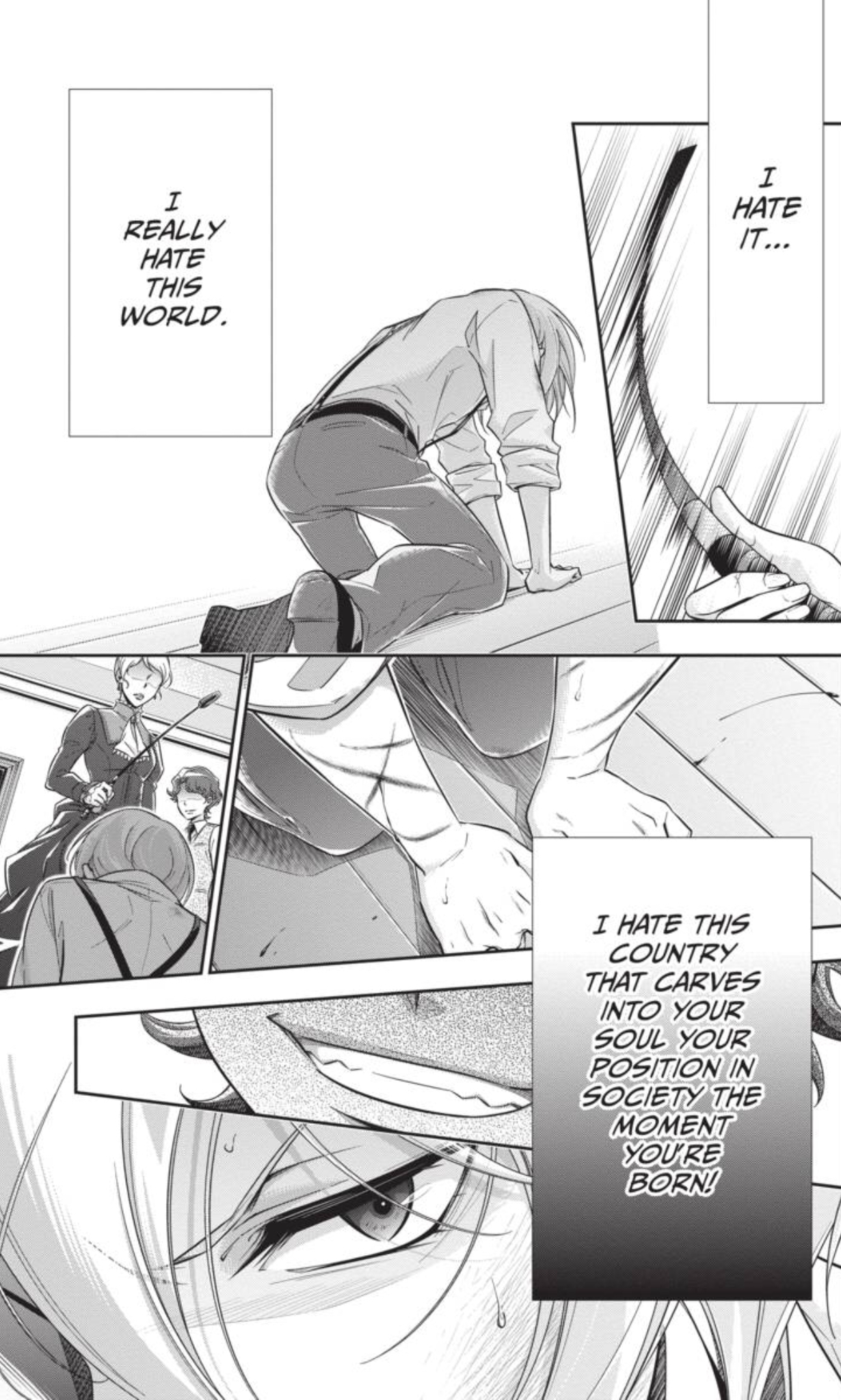 And that’s where William James Moriarty comes in. He and his brother are orphans that are taken in by Lord Albert, who sees potential in him after witnessing how he aids the other orphans, staff, and even seemingly random citizens. However, his real reason is because of the opinions of “William” (and you need to read the manga to know why this is in quotations), who feels plenty of hatred towards certain nobles. The thought-provoking speech leads Lord Albert to take the two brothers under his wing, to the point where he takes over the family name by some...let’s say rough means.

Moriarty the Patriot then places its focus back on Holmes’s future rival, as he roams London with nobility beaming his outer self. But deep inside, he attempts to bring the power back to the common people. Whether it’s a couple whose child died when a lord turned them away or a woman whose murder was made to look like a suicide, Professor Moriarty rights the wrongs done by the privileged. And because most rich folks pay their way out of avoiding prison time, Moriarty’s end game is to make sure each of these hate-filled Lords pay with their lives. 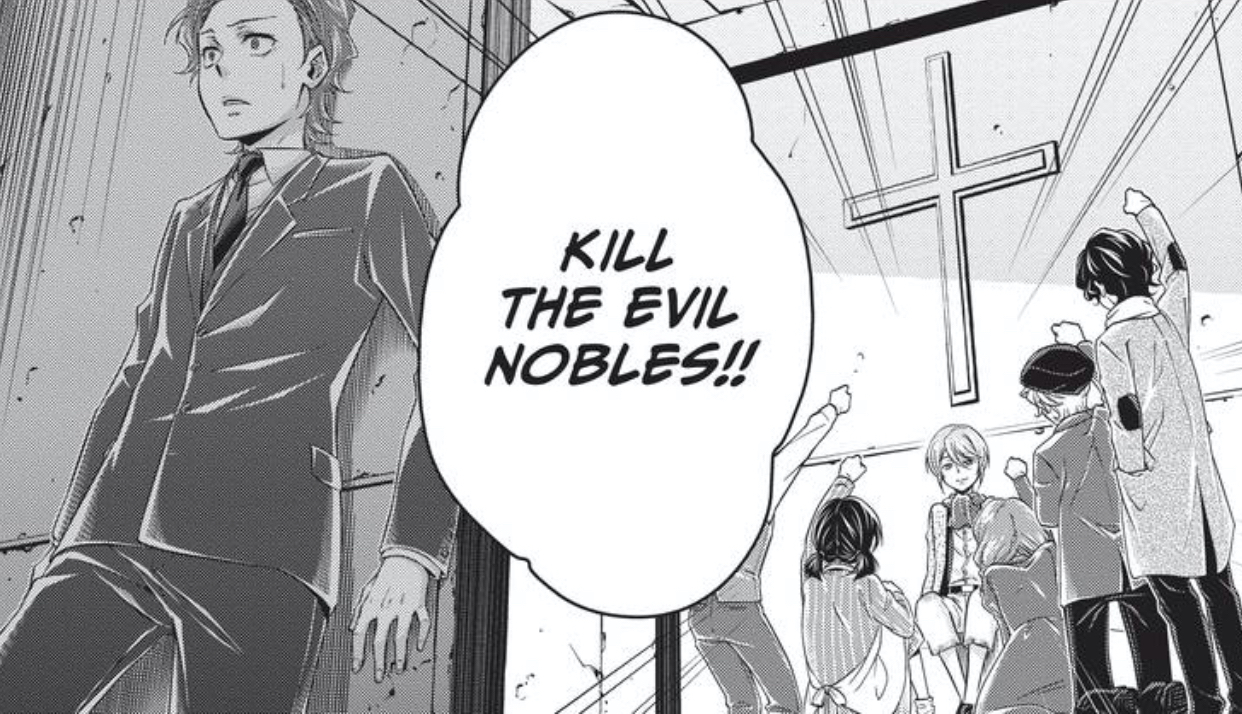 It is hard not to see what’s going on in 19th century London, and see certain parallels to the modern world. In a time where the richest 1% of the world overpowers the other 99%, it’s very apparent that Takeuchi and Miyoshi are taking this modern-day problem and fitting it into the era of Holmes. While it is now way condoning the actions of Moriarty, it nevertheless paints an understanding picture of why he commits these acts. How it’s captured by the duo is what makes it all the more intriguing.

The series mixes intelligence with elements of shock when it comes to Moriarty’s methods. He’s not a Professor for show after all, as he uses his mathematical skills to conjure up plans and concepts. But when the story reaches its climax, the hammer comes down hard, with a mixture of violence and heart-wrenching accusations. Seeing this villains within nobility gets their comeuppance is a joy to witness, as their just desserts fit well with the crimes they’ve committed. 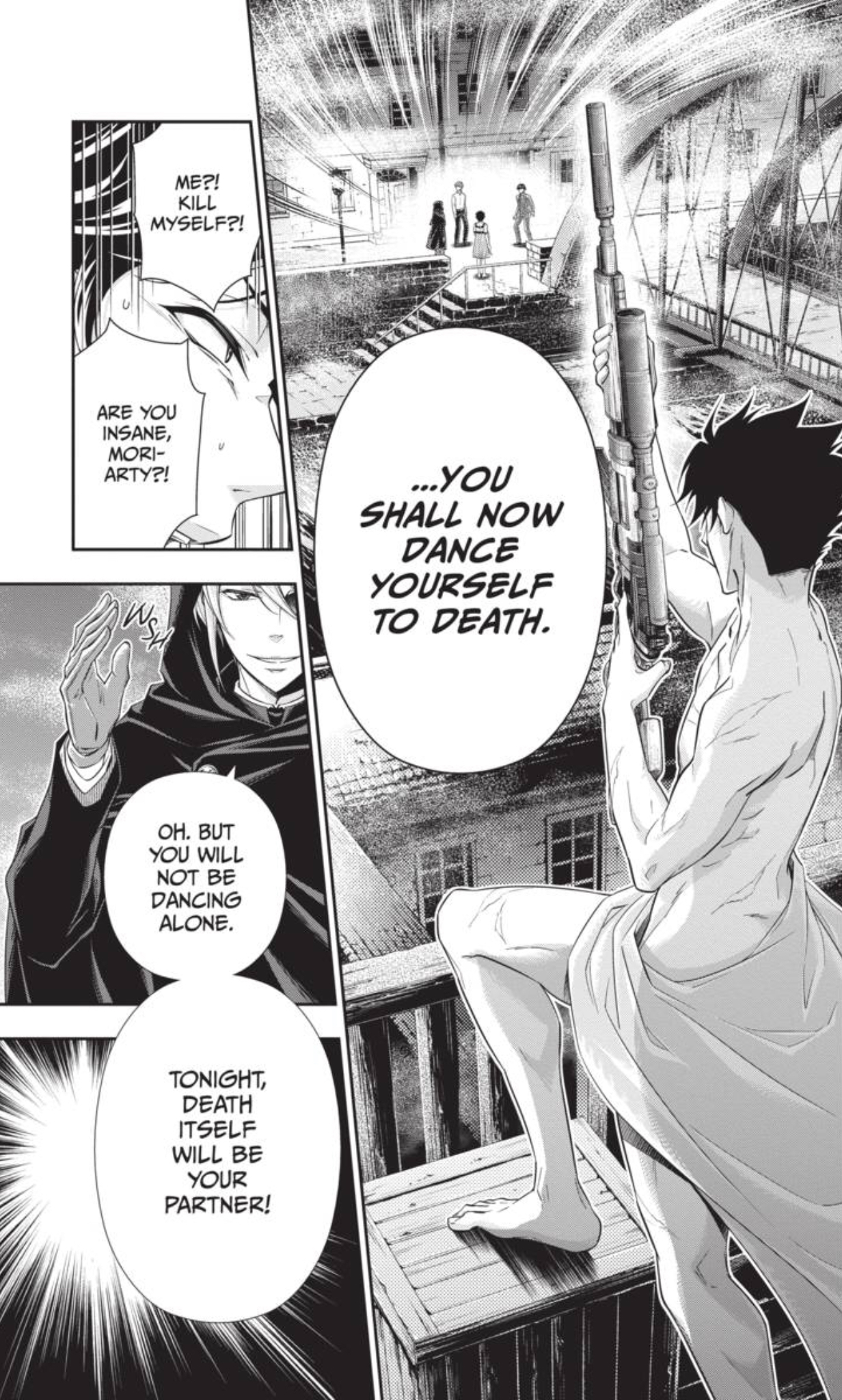 These first three stories in Moriarty the Patriot are a thrill to read, and while they don’t fit with Coyle’s original storytelling elements, they still fit well within the world of Sherlock Holmes. Every page is filled with intelligent storytelling and beautiful art, with the stories delivering gleeful resolutions that’ll leave an evil grin on your face. Yes, this is fan-fiction, but it’s damn good fan-fiction, one that hopefully gives way to seeing how Professor Moriarty transforms into Holmes’s greatest adversary!