HomeAnimeSummer 2020 Anime Recap: The Good, The Bad, and The Meh! 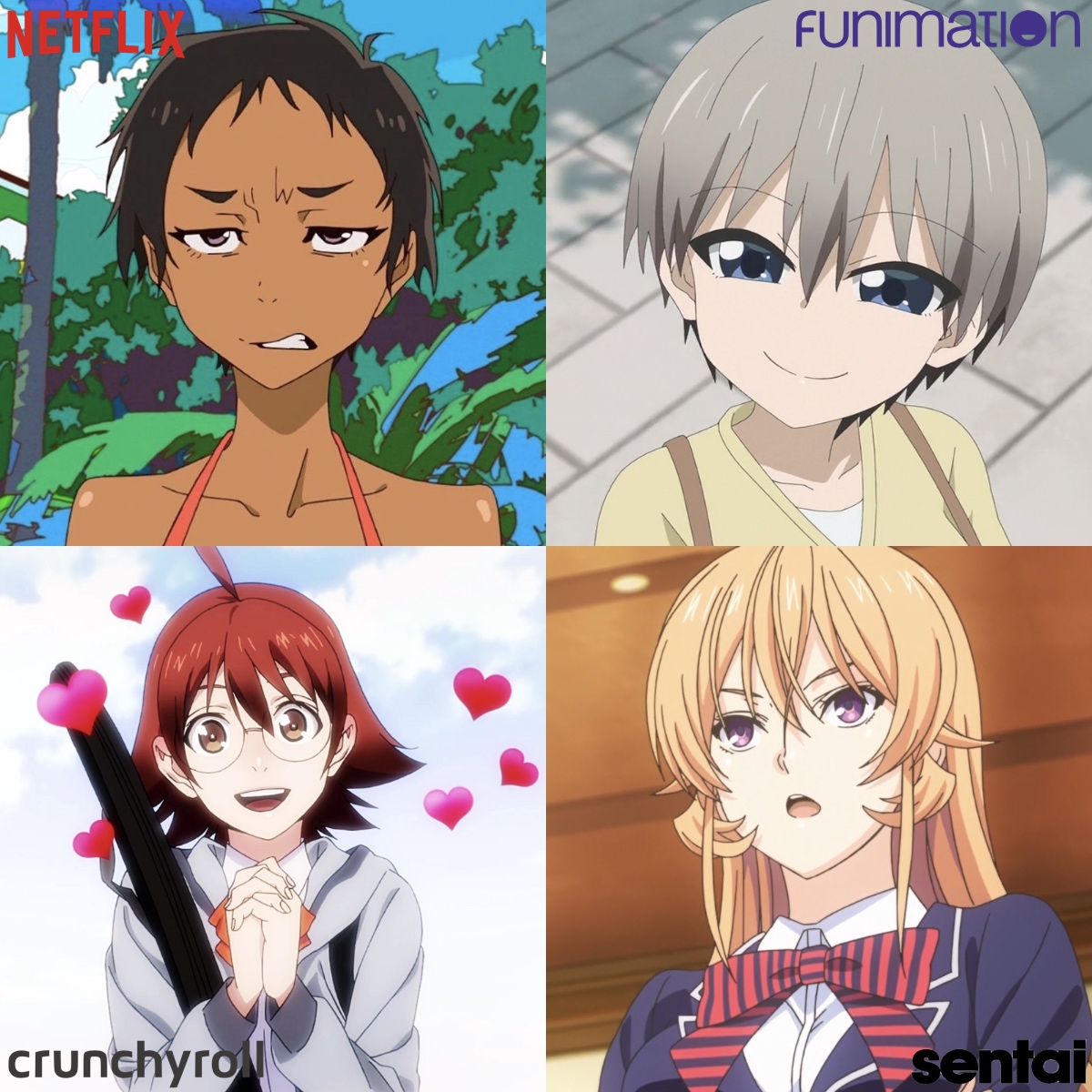 Summer is almost always a guarantee for great anime, and this year is no exception. Not only were we given some great adaptations of popular manga, but we also were treated to some originals that found many ways to wow! From con artists and racing enthusiasts to girls who love fishing, there was plenty of different series for fans to choose from! Here now are the ones that delivered, and the ones that arrived cold and three hours late! (Check out our reviews of The Misfit of Demon King Academy, Monster Girl Doctor, Rent-A-Girlfriend, and Peter Grill & The Philosopher’s Time at their respective links!) 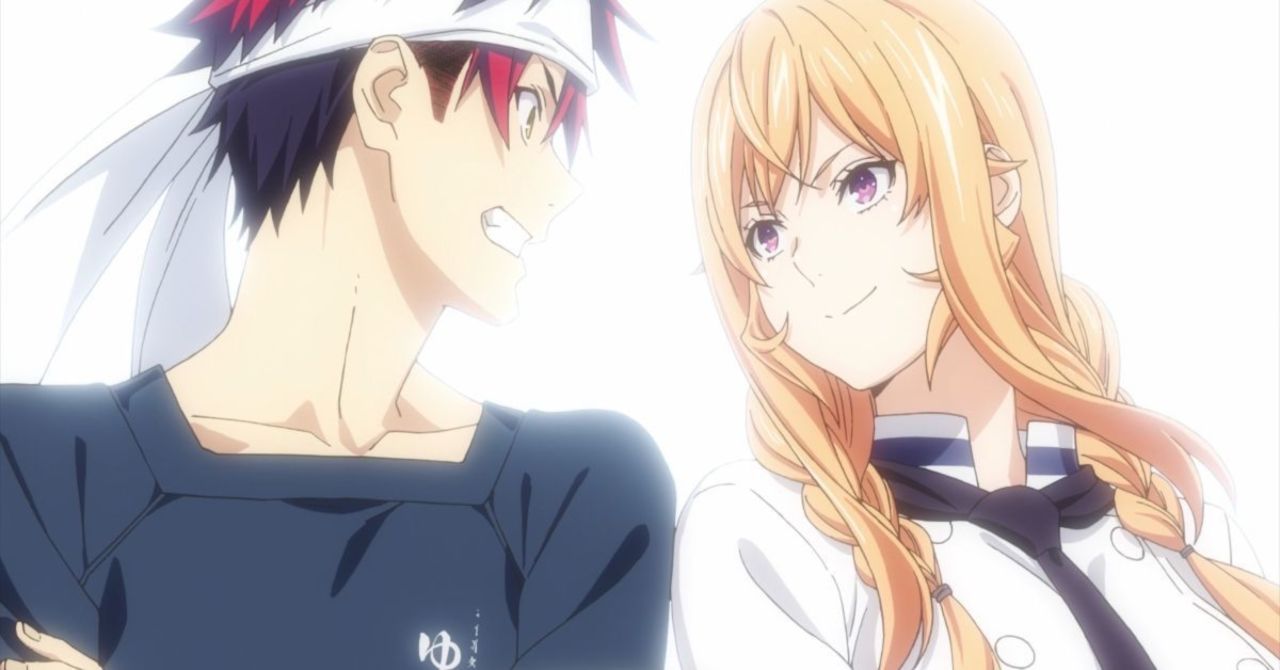 And thus, we’ve come to the end of Soma Yukihira’s journey. Alas, the BLUE tournament ended Food Wars with a slight whimper. Yes, the concoctions looked amazing, but the execution went even too extreme for what this show is known for! Oh well, it’s now done, and at the very least I can say that Food Wars had more high notes than low ones, making it still worth experiencing its full course.

Food Wars! can be viewed on Crunchyroll, VRV, and HIDIVE. It has been licensed by Sentai Filmworks. 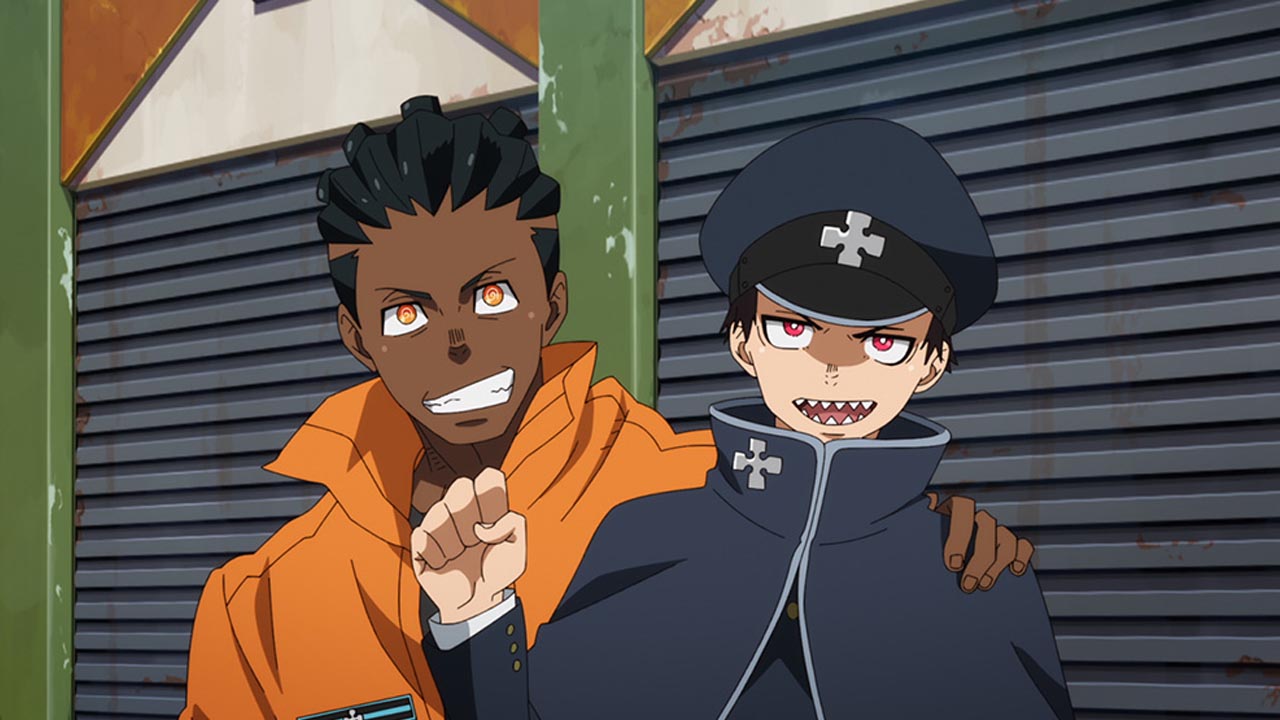 I wasn’t too impressed with the first season of Fire Force, but it had enough to have me curious as to where it could go next. Surprisingly, the plot has finally matched the wow factor of David Production’s animation. Its drama, humor, and even the horror factors showcased both cool originality and excitement. It’s still not the best shonen on TV right now, but it’s a few degrees hotter than it was the first time around.

Fire Force can be viewed on Crunchyroll, VRV, FunimationNow, and Hulu. It has been licensed by Funimation. 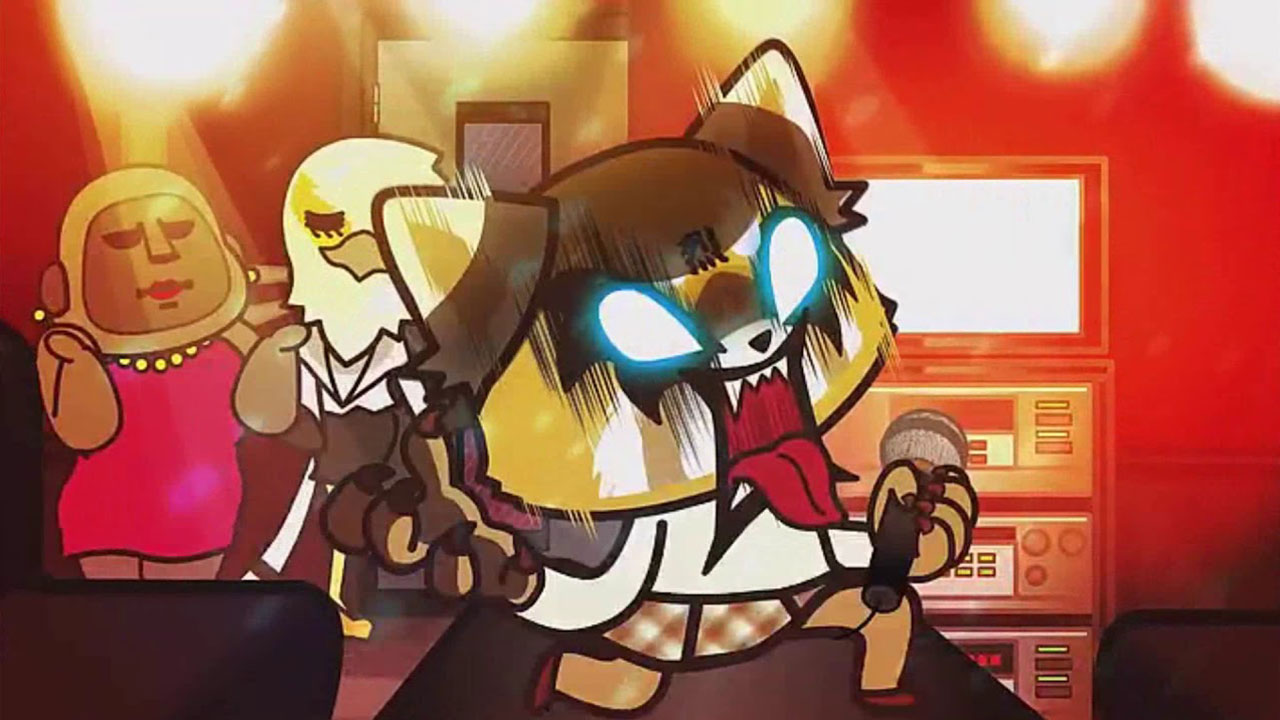 Retsuko an idol? Weirder things have happened to our death metal karaoke queen, but the comedy has never been better in Aggretsuko! The drama also shows some shocking turns, especially when a stalker is involved with the troupe Retsuko is involved with. Though no one knows where the show can go from here, Sanrio’s take on the workforce life managed to iron out the wrinkles of Season 2 while giving hope that happiness can soon happen for Retsuko, Haida, Fenneko, and the rest of Director Ton’s accounting department.

Aggretsuko can be viewed on Netflix.

Uzaki-chan Wants to Hang Out! 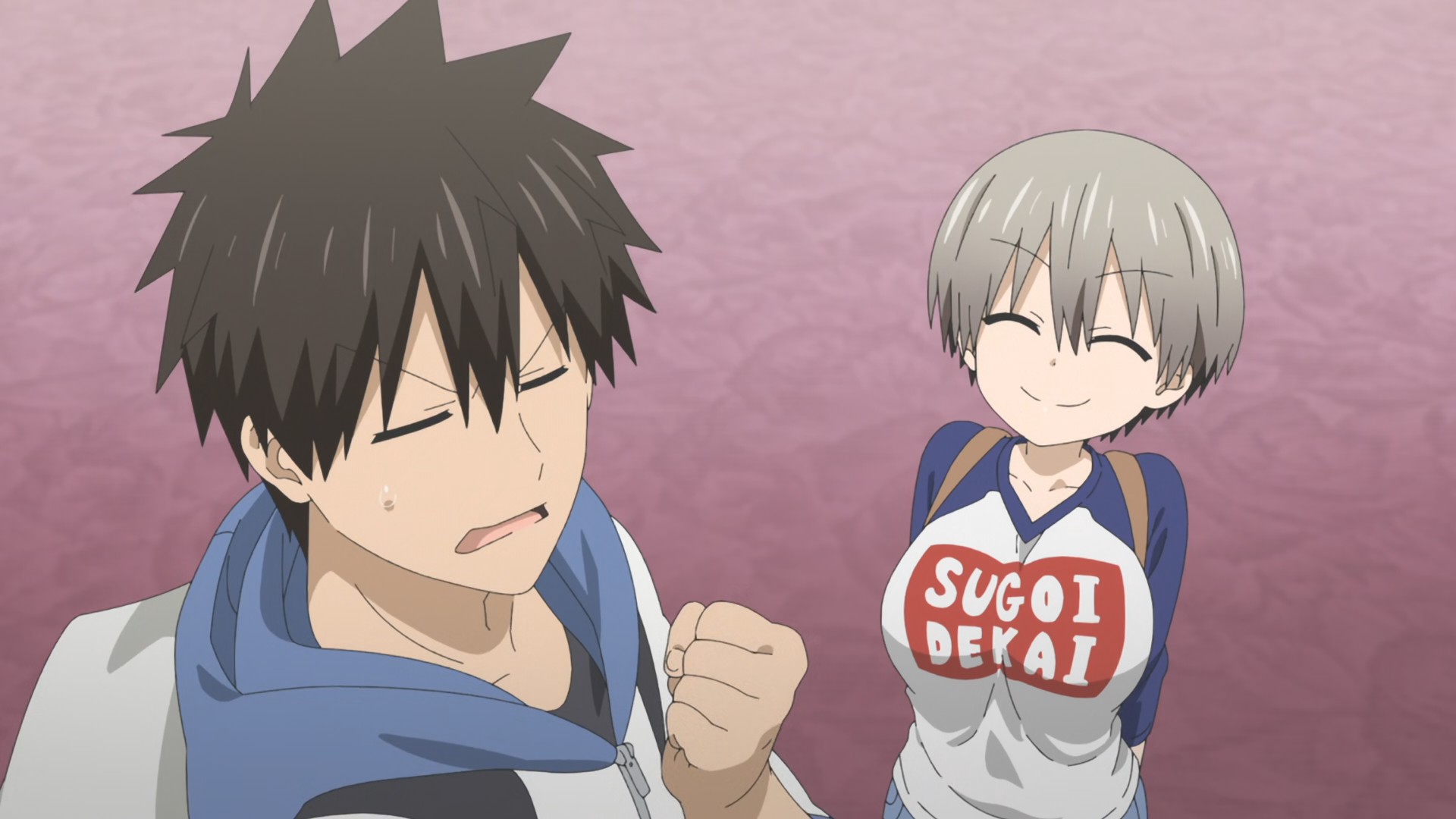 Sorry Rent-A-Girlfriend, but your ladies were no match for the flesh-fanged “Sugoi Dekai” shortie. The misadventures of Uzaki-chan with her annoyed senpai Shinichi entertained immensely, be it a night out drinking or a trip to Tottori. But the real fun came from Sakai, Ami, and the old Master of the cafe, who reveled and watched gleefully over Uzaki and Shinichi’s bantering and possible love connection. Audiences everywhere also seemed to revel over Uzaki-chan Wants to Hang Out!, as it's deservingly getting another season!

Uzaki-chan Wants to Hang Out! can be viewed on FunimationNow. It has been licensed by Funimation. 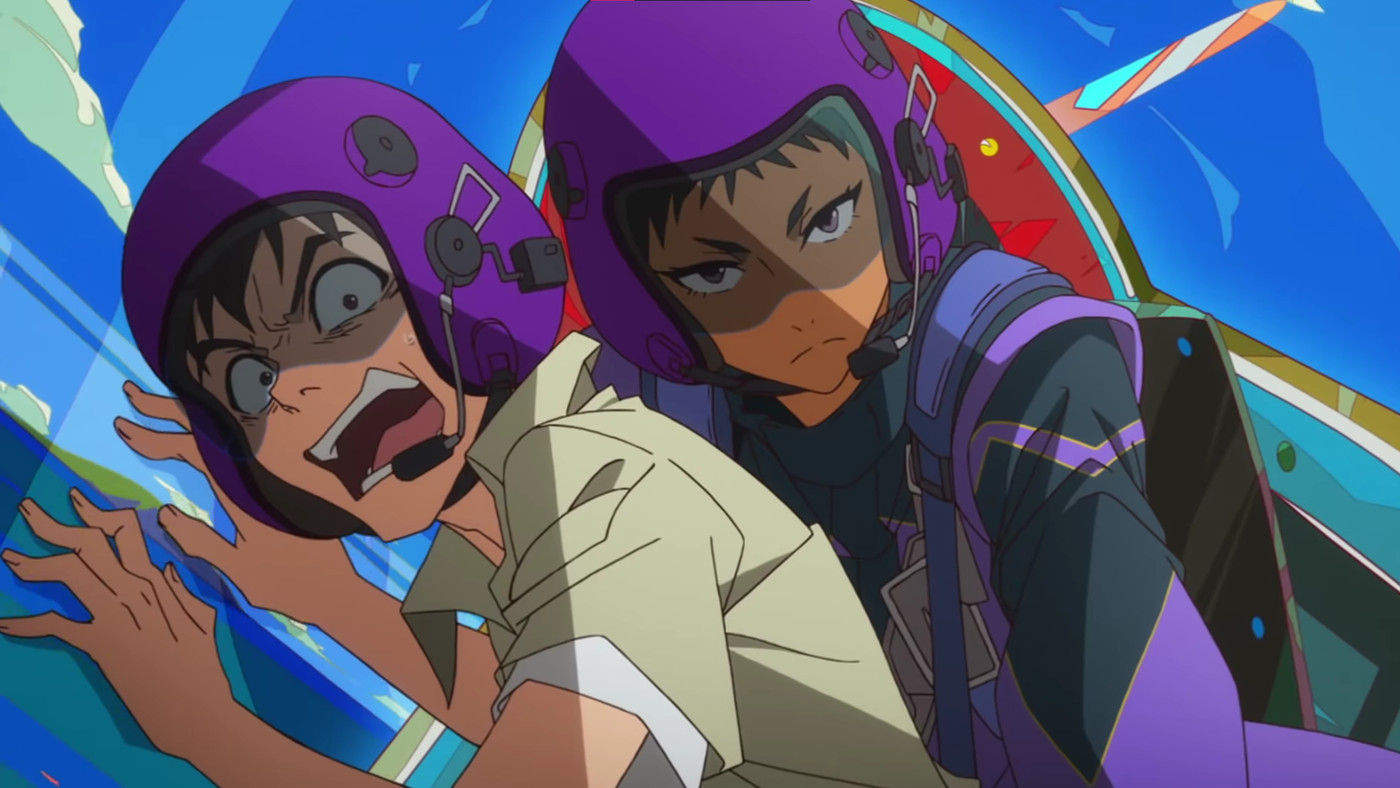 WIT Studio’s original series has everything I look for in an anime. The world-building, the cons, the lovable anti-heroes and hatable villains, the stylistic animation, and the best jazz soundtrack since Cowboy Bebop shaped it into a top anime of the year contender. One of those shows you could present to even the biggest anime haters out there, Great Pretender oozes with cool in every frame, with the only downside being the long wait it’s been for the second half to premiere outside of Japan!

Great Pretender can be viewed on Netflix.

Diary of Our Days at the Breakwater 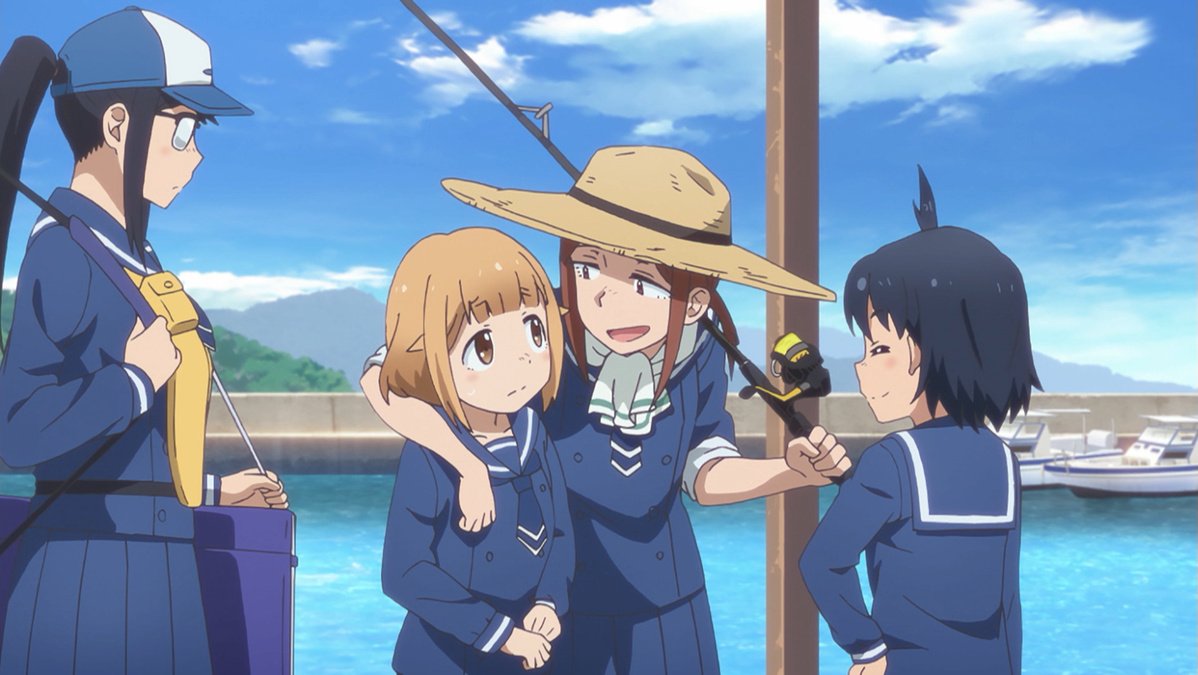 Doga Kobo returns to what it does best: cute girls doing cute things! But fishing? Yes, they managed to make this adorable, even when we see characters gutting those scaly creatures as newcomer Hina tries her hardest not to faint over the sight of blood. A great mixture of entertaining and educational elements, Diary of Our Days at the Breakwater was a nice seaside escape that demonstrated the many strengths of this slice-of-life sub-genre.

Diary of Our Days at the Breakwater can be viewed on FunimationNow. It has been licensed by Funimation. 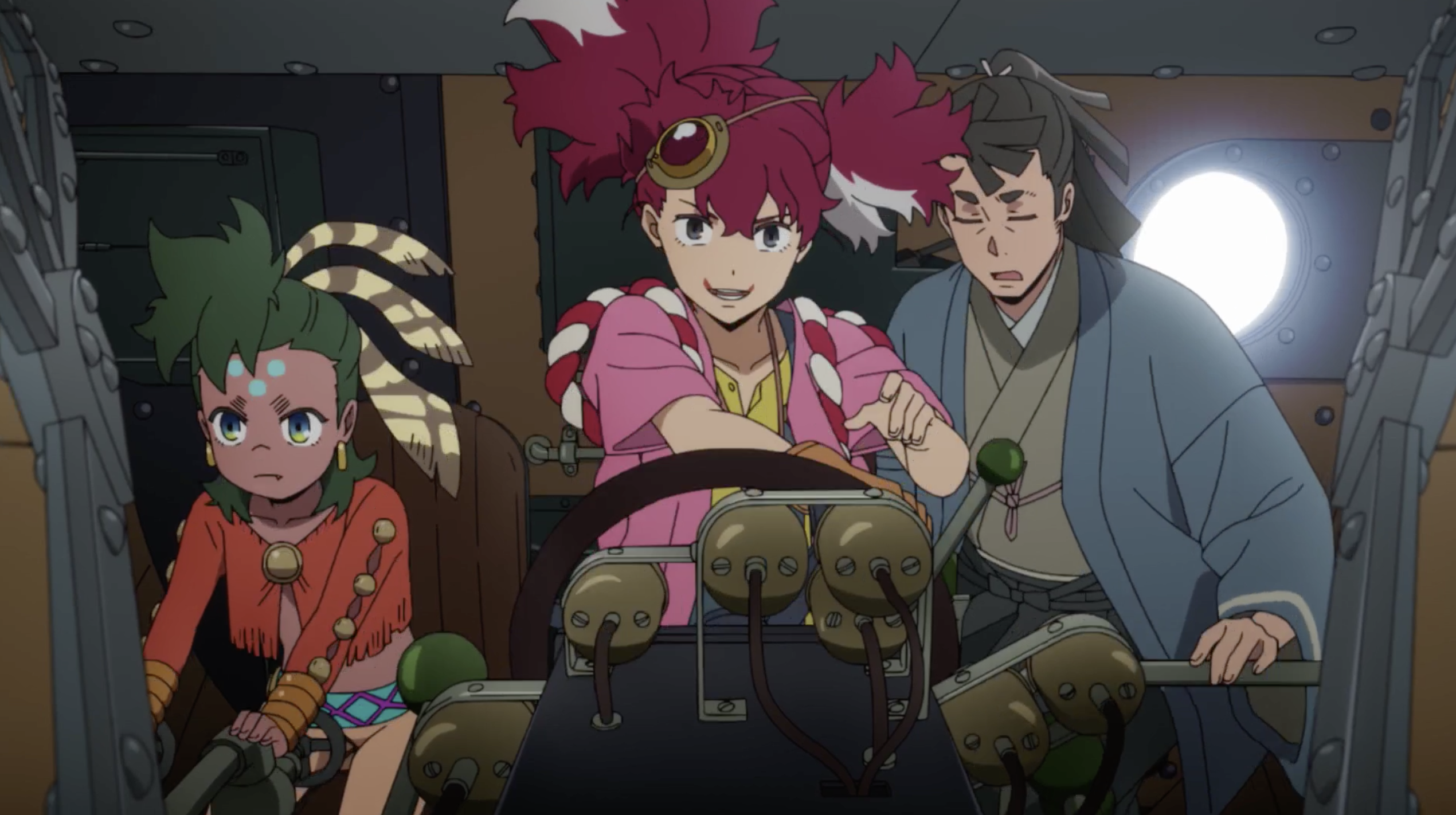 After being delayed due to COVID-19, the race finally got on its way in APPARE-RANMAN! What started as a nod to Blake Edwards’s classic The Great Race evolved into a fun (and shockingly violent!) take on early 20th century America. Never afraid to touch on the more racist-y aspects of that time’s culture, the story of two Japanese men trying to win a race across the country was both a sight to behold and one of the most exciting things to grace anime this season. (I could go the rest of my life without having to hear that awful opening theme though. Seriously, how the hell does MIA REGINA make both the best AND worst anisongs?!)

APPARE-RANMAN! can be viewed on FunimationNow and Hulu. It has been licensed by Funimation. 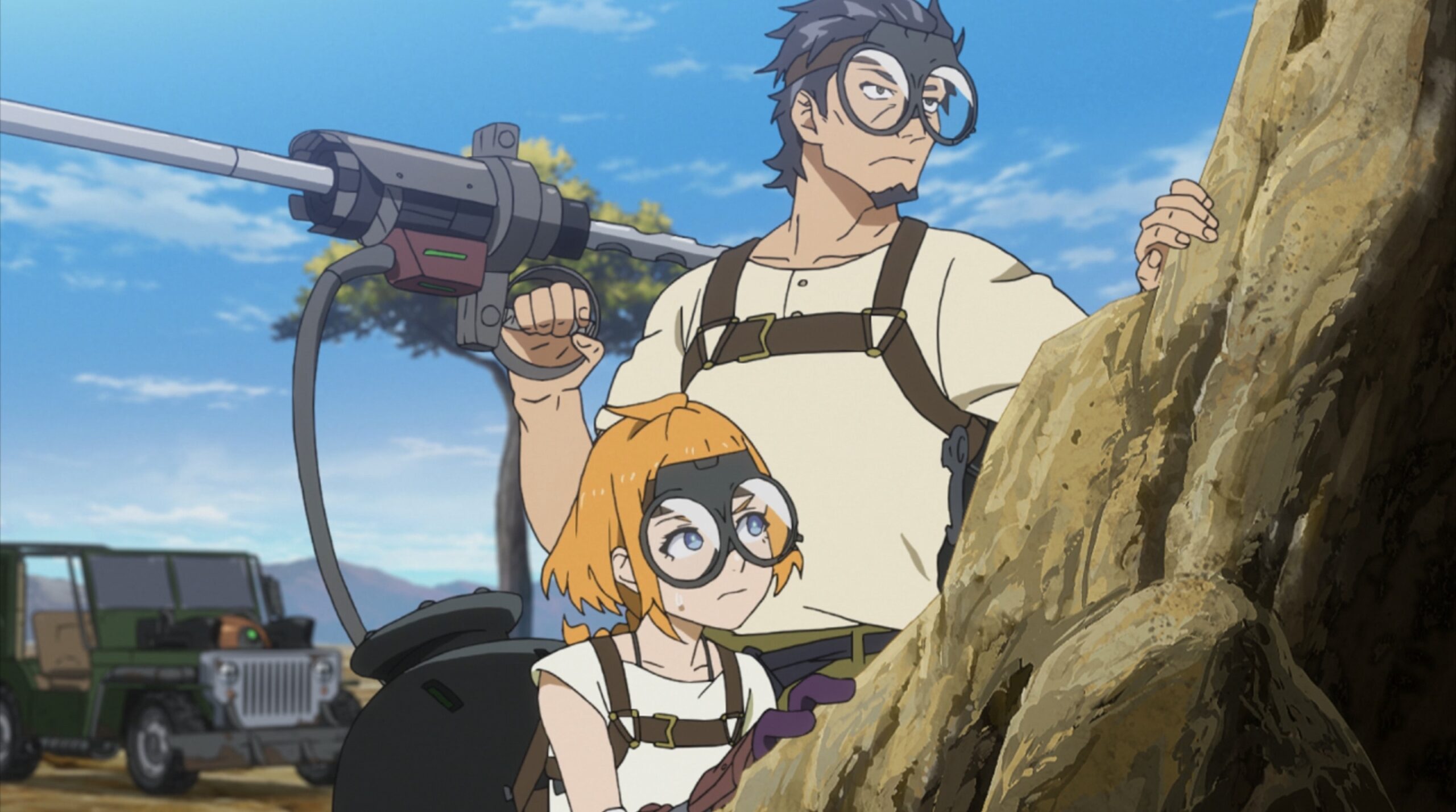 It’s hard not to talk about DECA-DENCE without spoiling its second episode twist, so let's keep it moot. The story of a moving city defeating monsters known as Gadoll brought forth some terrific action, politics, and some beautiful character development. It also knew when to go for a good laugh here and there, without having to take away some of the more serious elements of the show. While one doesn’t know how long its shelf life will be, DECA-DENCE was a wonderful surprise this Summer 2020 season.

DECA-DENCE can be viewed on FunimationNow and Hulu. It has been licensed by Funimation.

The God of High School 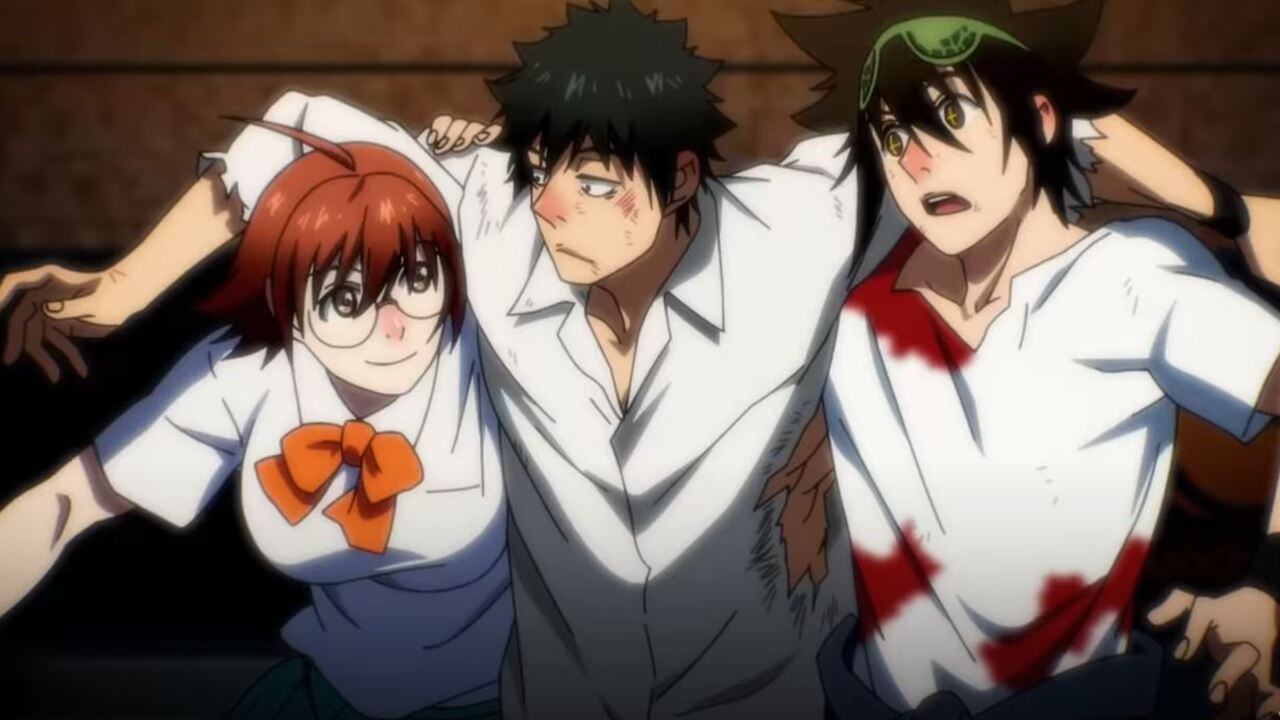 Crunchyroll’s latest WebToon collaboration started out on a high note, with MAPPA’s animation capturing the fights with great detail. However, when the tournament took a backseat for a literal war against God, it really lost its pathway towards being a memorable event. Plus, an epic tournament where the winner is granted any wish they desire? Where have we seen this before?

The God of High School can be viewed on Crunchyroll and VRV. It has been licensed by Crunchyroll. 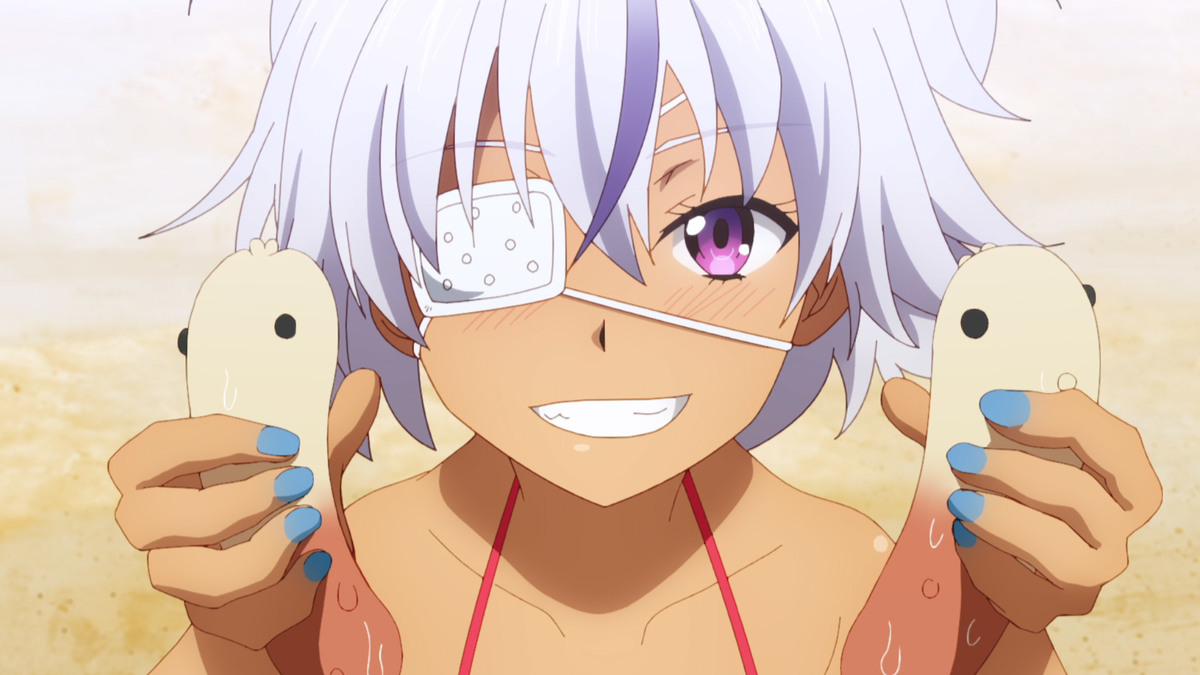 SUPER HxEROS can be viewed on FunimationNow. It has been licensed by Aniplex of America.

Any that we missed or neglected? Comment below to share your thoughts on the Summer 2020 Anime Season!