HomeAnimeANIME REVIEW | An Uphill Battle Towards "Tower of God"

ANIME REVIEW | An Uphill Battle Towards "Tower of God" 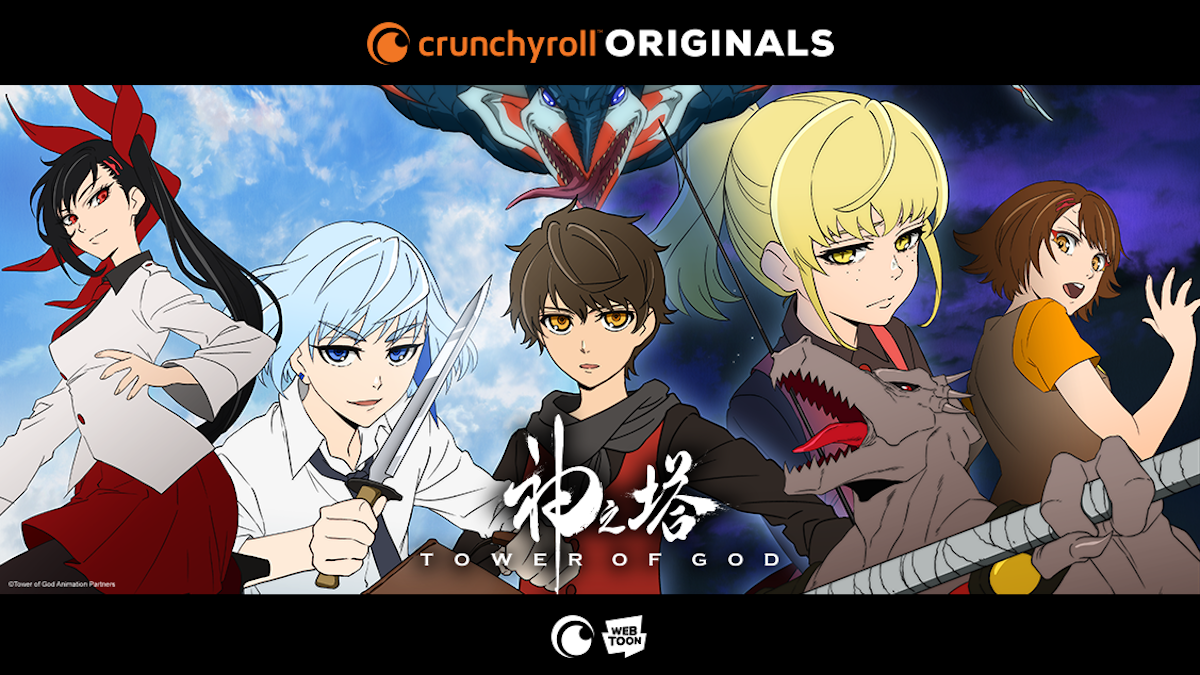 ANIME REVIEW | An Uphill Battle Towards "Tower of God"

There’s a lot riding on Tower of God. The first anime collaboration between Crunchyroll and WebToon, the series is seen as the first step towards a possible new trend: anime based on Korean web comics (or manhwa). With over 484 chapters currently and high rankings from readers, SIU’s story seemed to be the best choice for a first try. Is the adaptation a success, or does being the first out of the gate cause Tower of God to trip over itself?

Tower of God follows an Irregular named Bam (Taichi Ichikawa/Johnny Yong Bosch), who enters the tower in search of his friend Rachel (Saori Hayami/Valerie Rose Lohman). In order to achieve his reunion, Bam must climb the tower and complete the tests thrown at him. With a foray of new allies like the noble Khun (Nobuhiko Okamoto/Chris Hackney) and the spear-wielding gator Rak (Kenya Miyake/Matthew David Rudd), Bam attempts to take on one challenge after another. As the tests get harder, the bonds he creates aim to bring those close to him up towards the top, including Rachel. 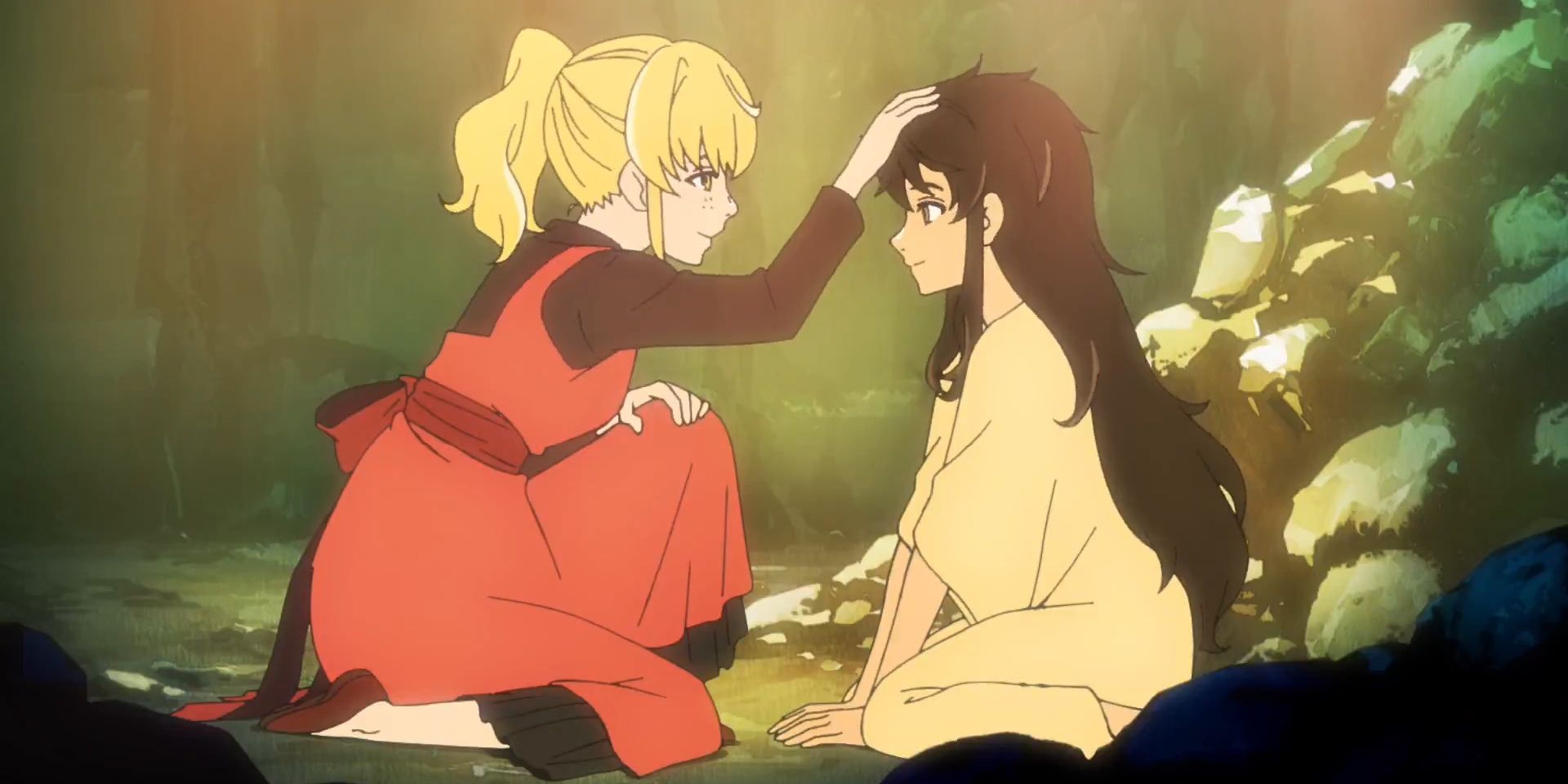 The anime (and its original source material) takes the role of a massive tournament arc. There have been comparisons to the likes of Hunter × Hunter with its overall presentation, and one can certain see its influence. However, there’s a much darker tone showcased here than in Yoshihiro Togashi’s series. An essence of betrayal and deceit is ever-so present throughout the series, with many characters looking like they’re ready to do anything they can to survive.

Hence why there’s a character like Bam competing. With him suffering from amnesia, he can be seen as someone simple and pure of good intentions. As such, his reasons for climbing the tower are also free of malice. With Rachel being his only friend, losing her made him feel lost. Ergo, his need to reunite with her can be seen in the same vein as a lost dog reuniting with their owner (especially with Bam saying that he belongs to Rachel). On the surface, it’s a bad comparison, but the more the story goes along, the more said dog is ready to sink its fangs to protect the one he holds dear. 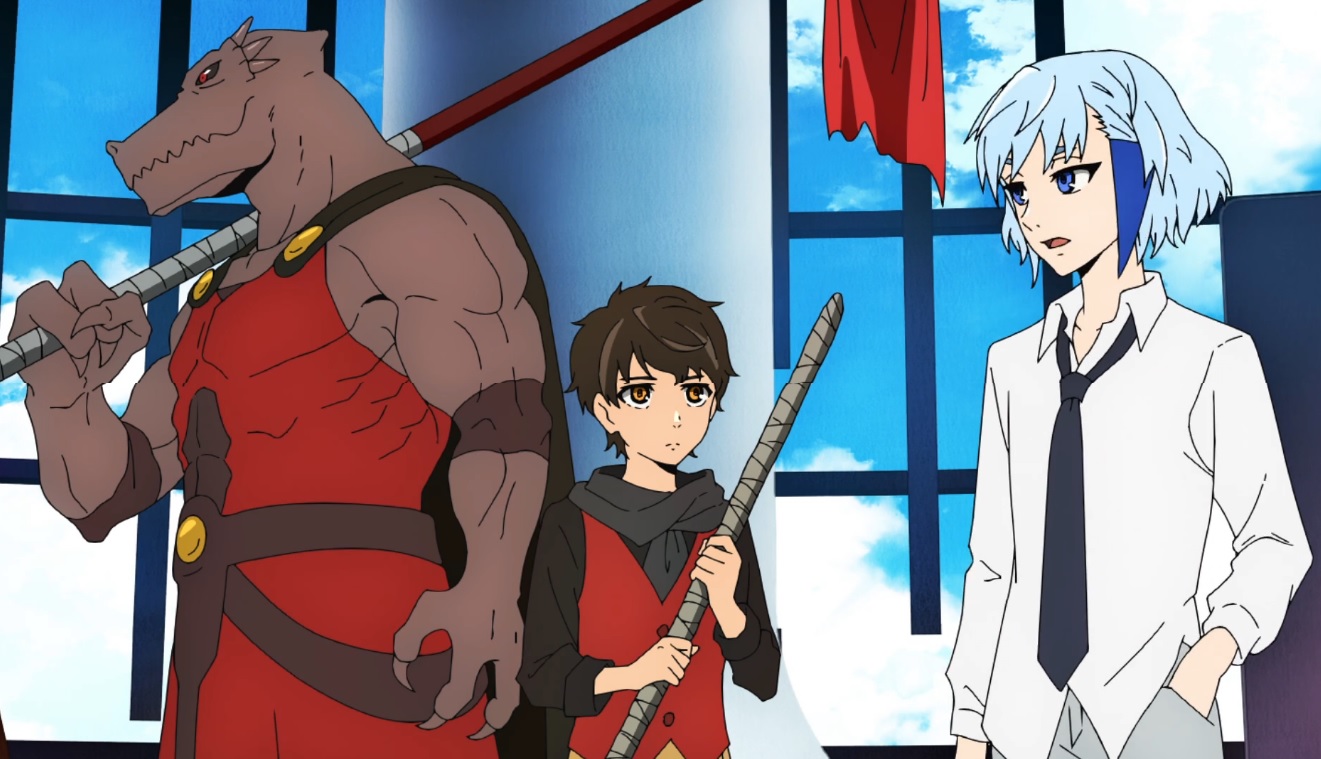 With all of that being said, it’s easy seeing why so much hate is thrown at Rachel. Although I can’t spoil it here, what occurs later in the anime would certainly be a massive middle finger to those unfamiliar with the original manhwa. And Tower of God is good at throwing those unexpected curveballs, what with some deep back stories with certain competitors and the like. So while there can be some anger from the audience during certain moments, it helps to build the tension the story needs to make it all the more interesting.

Of course, it’s more about the journey than the destination, and what it offers is incredibly impressive. Team battles, battle royals, and the occasional mental test are presented with flair and style. How competitors bond over their objectives demonstrates the importance of working together towards a common goal, giving way to some unlikely pairings and plenty of entertaining climaxes in each battle. To be blunt: it’s both smart and fun to watch unfold! 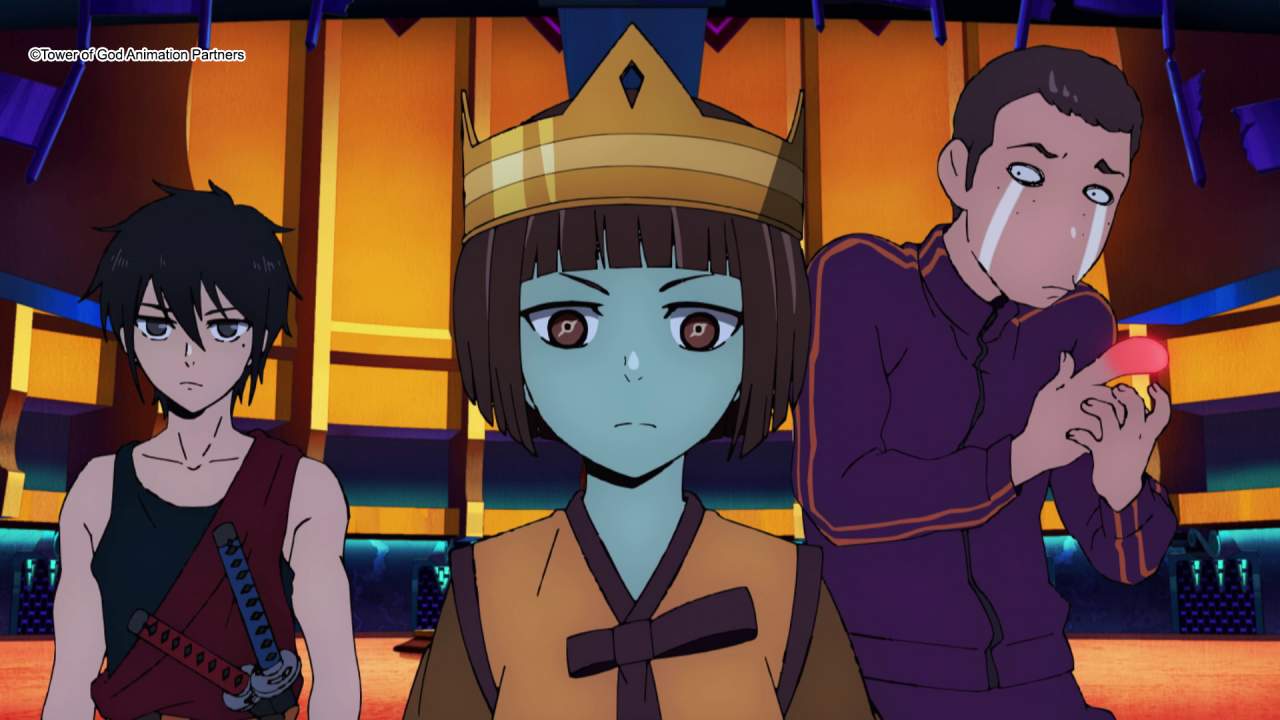 Bringing Tower of God to life, Telecom Animation Film (Lupin the Third Part 4 & 5) adds a rough-around-the-edges look to the characters. In motion, the characters flow with loads of personality, with the action delivering one exciting moment after the next. These character are also expressive, with the gator Rak bringing forth some of the most intense and funniest reactions in the show. The worlds of the tests and cool-down periods are visually unique, showcasing some killer locales that bring an ominous vibe to what’s going on.

The Japanese cast emotes well through their characters, with Ichikawa’s Bam bringing a soft kindness in his portrayal. Miyake’s Rak is an angry ball of adorableness, whereas Rachel is given a quiet-yet-determined performance from Hayami. However, it’s the English dub that goes the extra mile, with excellent voice acting from Bosch (Bam), Hackney (Khun), and Rudd (Rak). Surprisingly, there’s a far deeper emotional push demonstrated by the English cast that the Japanese version doesn’t have. 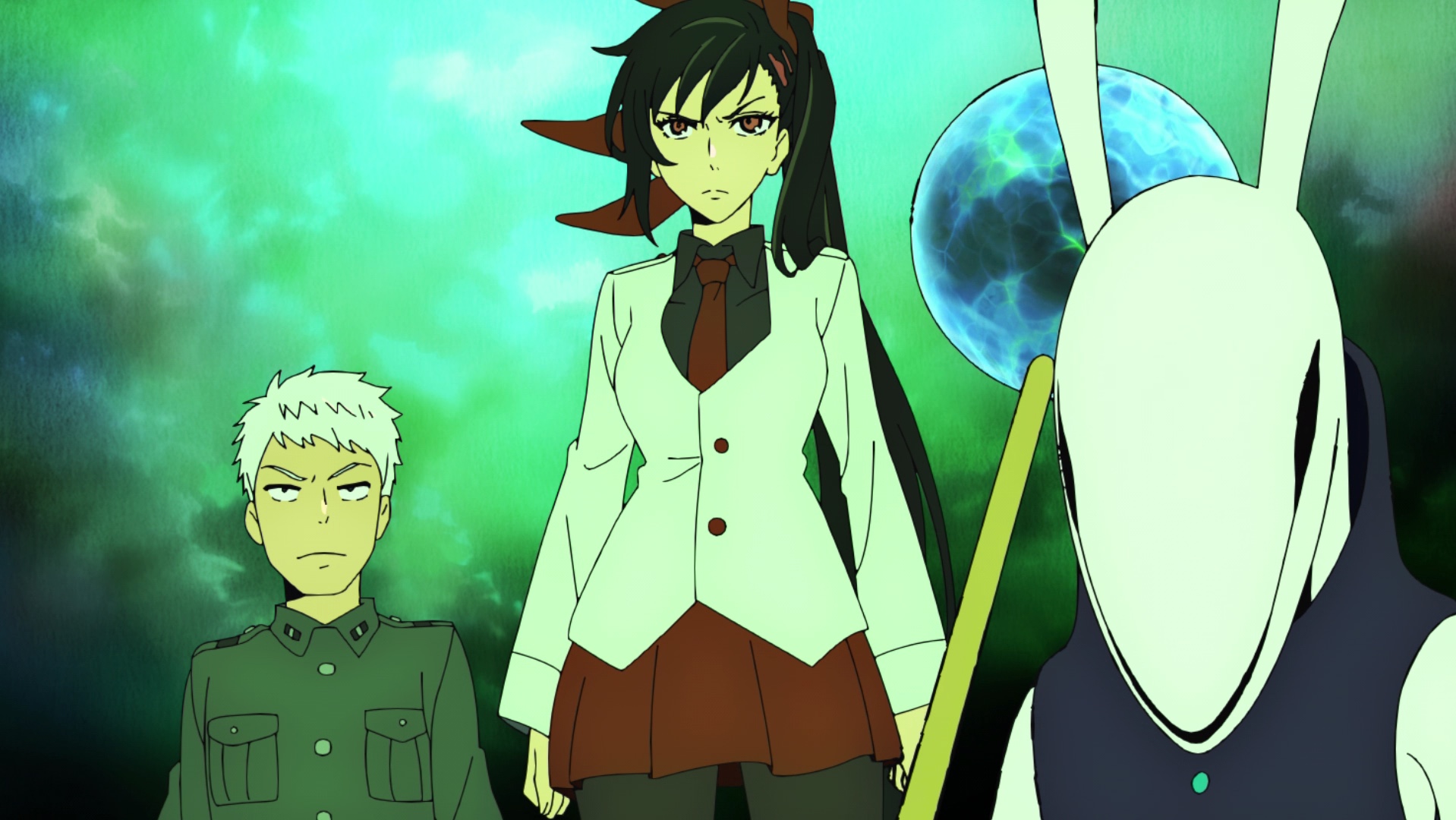 Kevin Penkin (Made in Abyss) has become the go-to for epic anime soundtracks, and his compositions for Tower of God are gorgeous! Not only does it compliment the atmosphere of the show, but it creates their own identity throughout both the action and quietness. Korean band Stray Kids takes the helm for the opening “TOP” and the ending “SLUMP,” performed in English, Japanese, and Korean. All three versions are surprisingly good, easily grabbing hold of any viewer who’s ready to experience what this show has to offer.

Although the adaptation has yet to get to the meat of the original source material, Tower of God is an impressive first go at the Crunchyroll/WebToon partnership. Even if the story treads familiar material, how it’s presented makes it hard to look away. It looks great, sounds great, and — most importantly — feels great to watch. Fingers are crossed that another season happens soon, as it appears that the story of Bam and Rachel is oh so far from over. In laymen’s terms: Tower of God is worth the climb!

Tower of God can be viewed on Crunchyroll and VRV. Episodes 1-13 were observed for this review. Promotional consideration provided by Ellation.