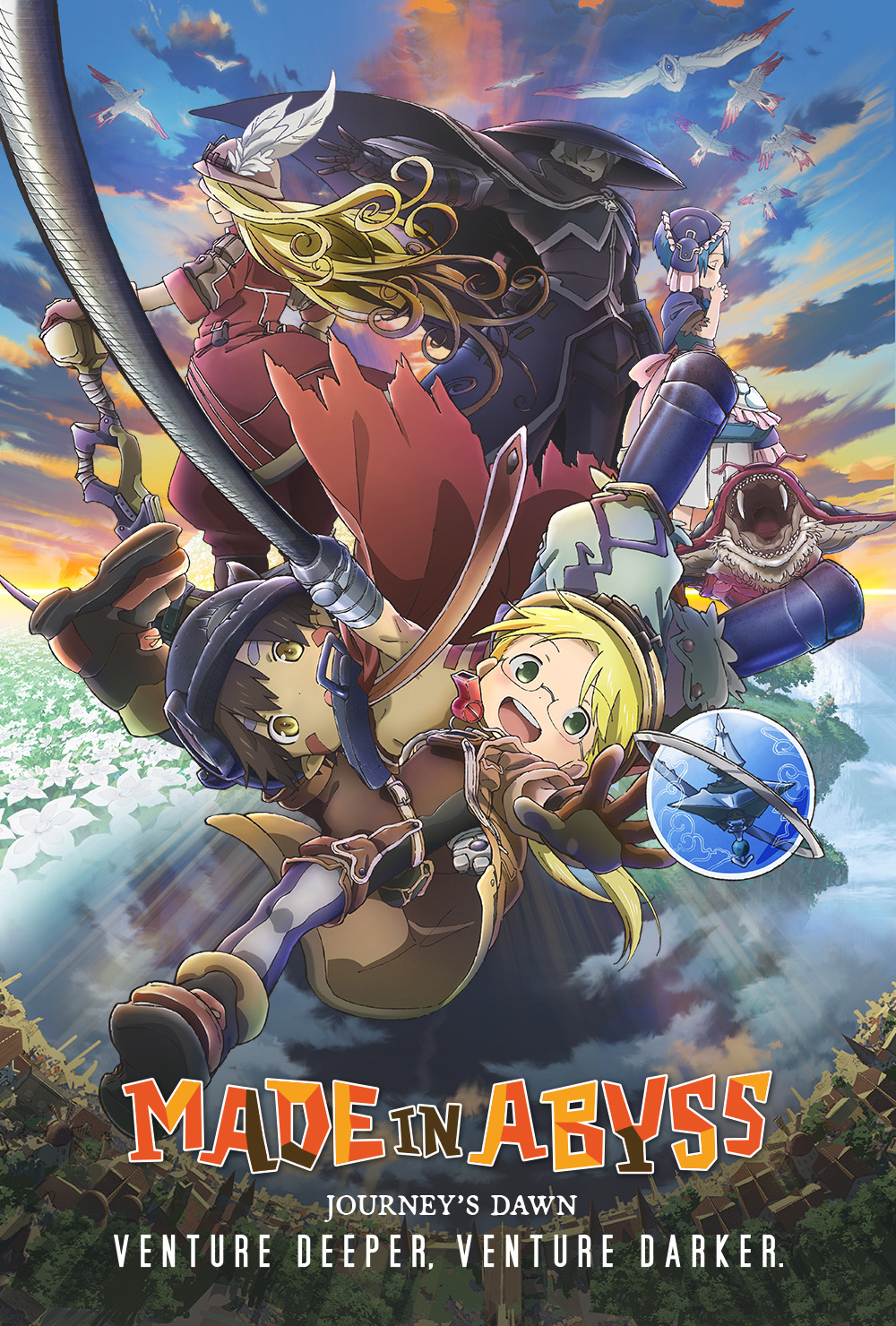 There's a very big reason why Made in Abyss was greeted with much love back in 2017. Riko (Brittany Lauda) and Reg's (Luci Christian) adventure down the mysterious hole in the middle of their town was filled with much heart, beauty, and Earth-shattering tension. A second season of the beloved series, based on Akihito Tsukushi's manga, is currently in the works, but one knows not of when it's set to arrive. Until then, we have two compilation films to fill that thirst for more, with the first one Journey's Dawn reintroducing its world and characters to fans new and old.

A retelling of the anime's first eight episodes, Made in Abyss: Journey's Dawn opens with a couple of new origin stories revolving around the abyss's discovery and a moment with Lyza (Shelley Calene-Black) while pregnant with Riko. The story then returns us to present day, where Riko discovers Reg after he seemingly rescued her from one of the abyss's deadly creatures. Liza's white whistle is brought back to the surface, along with some notes and a letter for Riko saying she awaits her arrival at the bottom. That's when Riko and Reg decide to make the pilgrimage down to the deepest parts of the abyss, where no mere mortal has ever reached before. 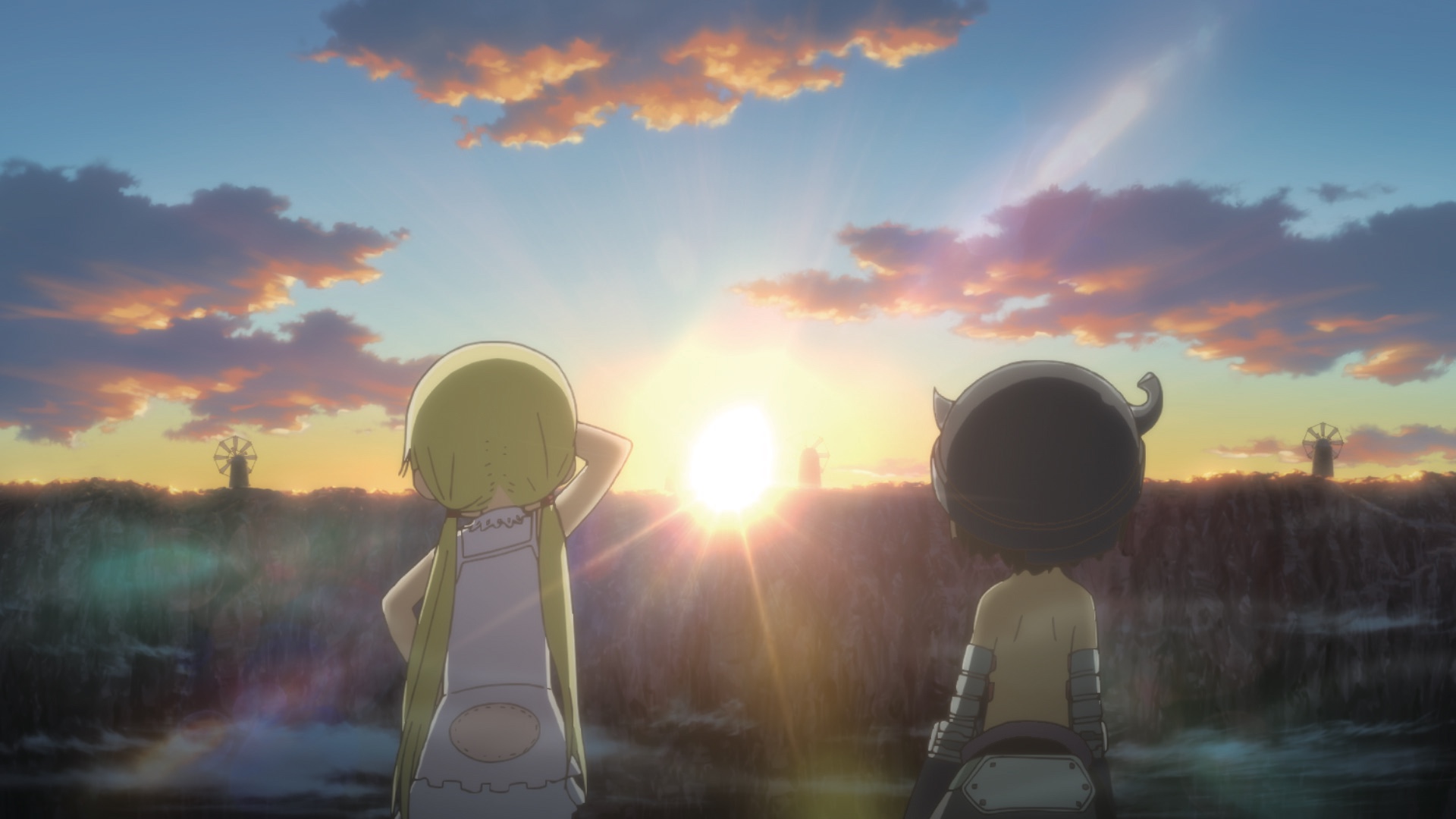 At times, I always worry about compilation films slicing away important elements of a series for the sake of a more digestible runtime. An example of such a thing happening was with Kyoto Animation's Beyond the Boundary -I'll Be Here- Past, which crammed twelve episodes into an 82-minute movie. So perhaps it's smart of Kinema Citrus (Barakamon, Scorching Ping Pong Girls) that they would go the dual film route for these retellings. And this decision has seemingly worked in the story's favor in many ways.

What makes Journey's Dawn a well-done compilation film is how it paces itself. Even with eight half-hour episodes crammed into a two-hour flick, there appears to be no rushing of plot or anything important that's been left on the cutting room floor. Instead, this adaptation of Reg and Riko's first few steps has one smooth transition after another, with perhaps the only fat being trimmed are the moments for the two characters to rest and smell the roses, per se. That leads the film to give its audience nothing but solid storytelling and some breathtaking imagery. 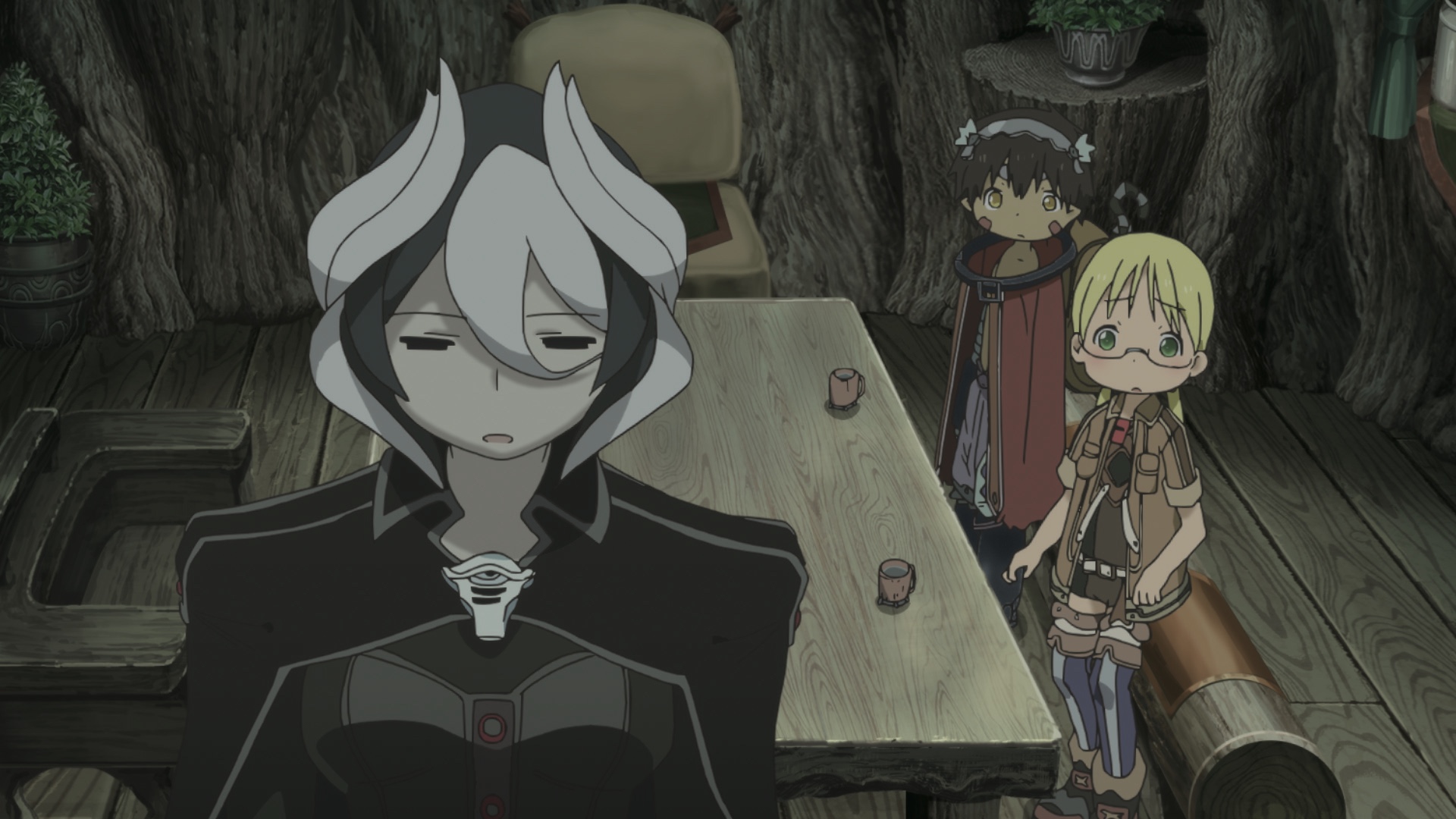 Speaking of which, it should be noted that the animation is pretty much the same as its TV adaptation. With that being said, the anime itself was already at film-level quality when it comes to detail, movement, and character design. Putting it onto the big screen gives viewers a much better way to appreciate the craft and hard work placed in Kinema Citrus's work staff. A great example of this is with the arrival of Ozen the Immovable (Christine Auten), whose dark-eyed presence gives off a much creepier, ominous vibe on the big screen.

Journey's Dawn's English dub brings back the cast of the TV series to reprise their respective roles, with the camaraderie between Lauda & Christian as Riko & Reg just as tightly-knitted and heartfelt as ever. Auten, on the other hand, sounds more threatening as Ozen, giving off a performance that plays to both the warmth and danger that one can come across in the abyss. Always a treat to the ears, Kevin Penkin's score is as awe-inspiring and unique as it was when first heard in the anime. It often brings in a level of quality that makes the Australia native's style seem untouchable compared to other composers, thanks to its mixture of classical, new age, and tribal melodies that fit perfectly within every scene.

While the film may not have anything too new for those who watched the original TV series, Made in Abyss: Journey's Dawn is a very strong compilation film that will hook in newcomers towards the franchise. With its beautiful imagery, strong voice acting, and one of the most outstanding soundtracks around, the first part of Riko and Reg's adventure is just as powerful and fulfilling the second time around. Though the film ends right at the peak of something, Journey's Dawn leaves its viewers with the promise of something grander in the near-future. As one who has seen the original series, I must leave bit of advice for the Made in Abyss newcomers: prepare not to blink during its follow-up Wandering Twilight.

Promotional consideration provided by Steven Kunz of Rogers and Cowan. Made in Abyss: Journey's Dawn will premiere on March 15th in Los Angeles, followed by screenings on the 20th and 25th throughout the US. Tickets are available now.