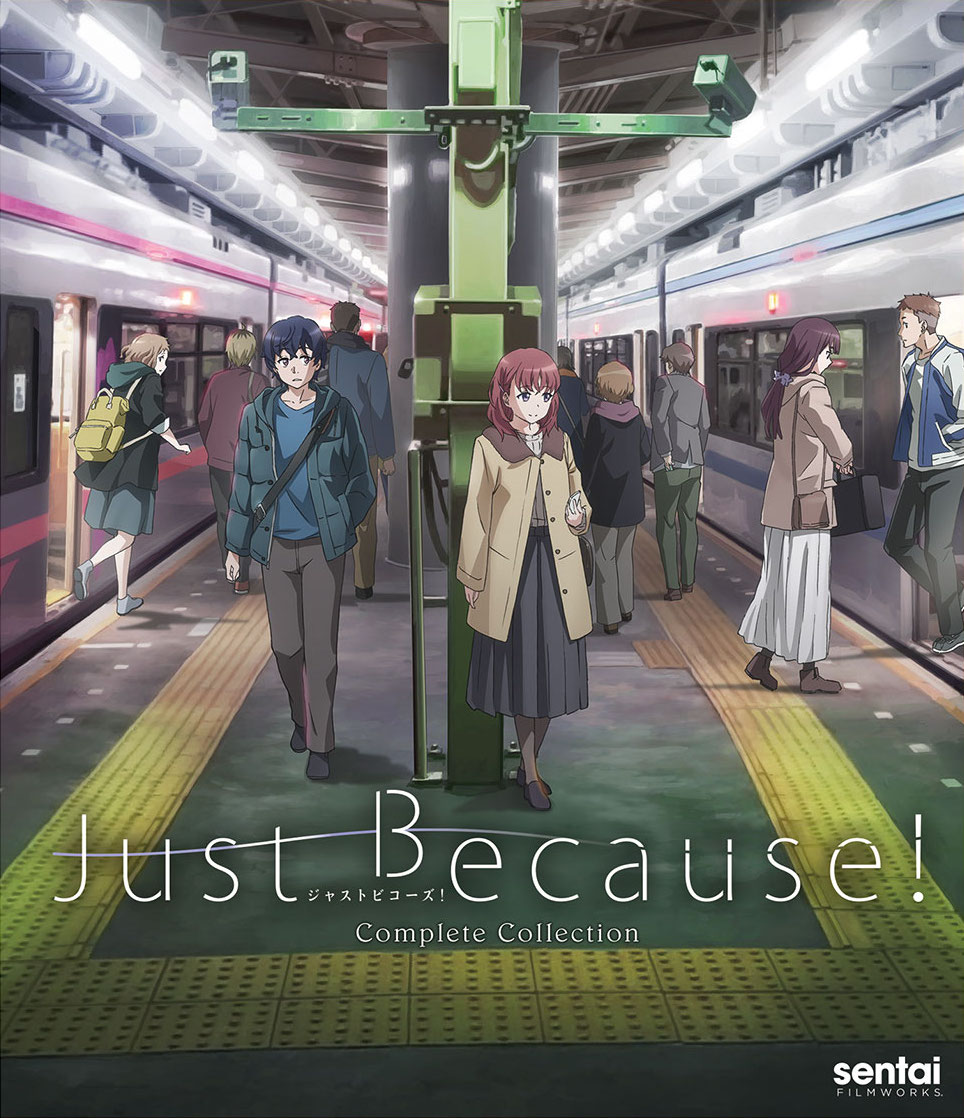 I have immense respect for author Hajime Kamoshida. For some reason, he tends to understand human behaviors and mentalities far better than most light novel authors. On top of that, he manages to craft characters that are always brimming with personality that make them all the more memorable. Thankfully, these talents translate well when jumping from writing light novels to creating his own anime, as evident by the 2017 series Just Because!

Just Because! is kind of a hard sell if one were to look at its premise. The story follows a group of students in their final semester of high school, a time where one must plan for the future and place their focus on college entrance exams & the like. One of these students is Eita Izumi (Aoi Ichikawa/Greg Cote), a transfer student who winds up reuniting with his middle school friends Mio Natsume (Karin Isobe/Luci Christian) and Haruto Sōma (Taishi Murata/Blake Shepard). Natsume has an unrequited love for Izumi, whereas Sōma fights to confess his feelings for school band member Hazuki Morikawa (Yuna Yoshino/Patricia Duran). As they fight with their emotions from within, the friends often find themselves clashing with their feelings, while dealing with the doubt that comes with an uncertain future. 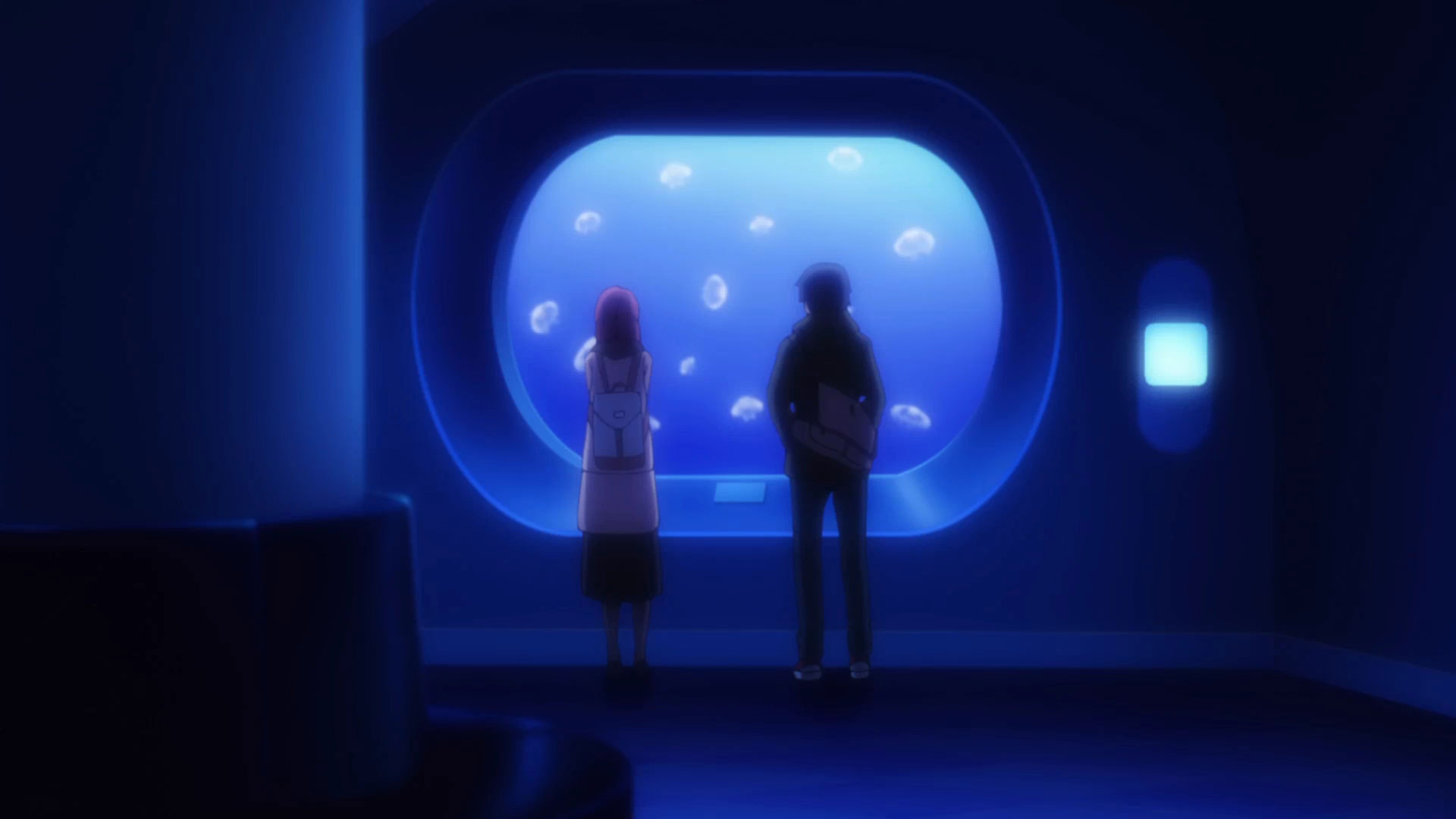 On paper, the story doesn't quite pull you in like Kamoshida's previous works. Nowhere you'll see a bunch of bouncy creative types living in the same complex like in The Pet Girl of Sakurasou, nor are there teens with strange ailments & the vernacular of a Judd Apatow flick like in Rascal Does Not Dream of Bunny Girl Senpai. Instead, Kamoshida aims to show its viewers some of the harsh truths of that transitional phase between high school and college. There is neither a moment of sugar-coating or some deus ex machina that comes swooping in last-second to make things all magically work out in the end.

Throughout the show, the characters often try to gain one last attempt of experiencing a childhood that's about to end. A chance to goof off in the snow, at the aquarium, and even on the ball field offer the characters a moment of worry-free fun that becomes a luxury when in adulthood. Because as soon as it comes time to take exams and prepare to grab your diploma, society tells you that it's time to grow up. And from the look of many of these characters, this concept is a bitter pill to swallow. 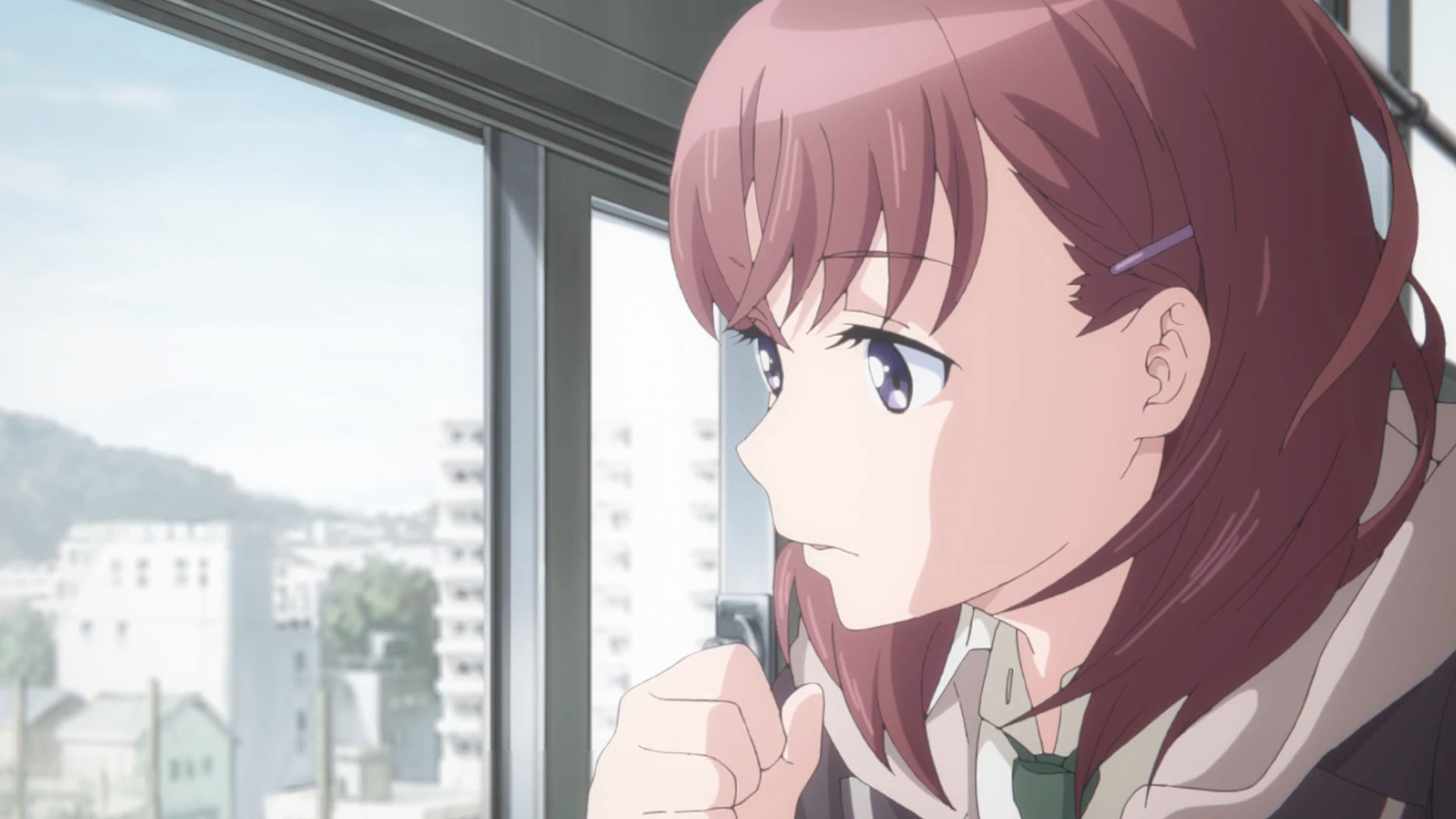 So why watch a show like Just Because!? Well, to be blunt, it's a great preparation tool for those about to experience this sort of transition. Where an anime like Honey & Clover prepared viewers for that college-to-real world transition, this one puts the high school-to-college transition into the limelight. Watching the likes of Izumi and Natsume work their brains out for exams is very much akin to what many students go through when it comes time to prepare college portfolios and take the SATs or ACTs. From Sōma's perspective, viewers can watch what it's like for a student to practically skip all the college stuff and be faced with prepping for the job world. Neither aspect is fun, but that's what the real world will be shoving down their throats in one's senior year of high school.

On top of all that, there are the conflicted feelings that these characters have for one another. Watching as Sōma tries his darndest to ask Morikawa out demonstrates the stress one may have when attempting to showcase their true feelings. The same can be said about Natsume's feeling for Izumi, who sees something of a rivalry between her and Photography Club member Ena Komiya (Lynn/Brittney Karbowski). All of this is presented without goofy misunderstandings that anime likes to throw about in high school romances like this, instead going for a more relatable tone that gives off a bit of a realistic feeling. 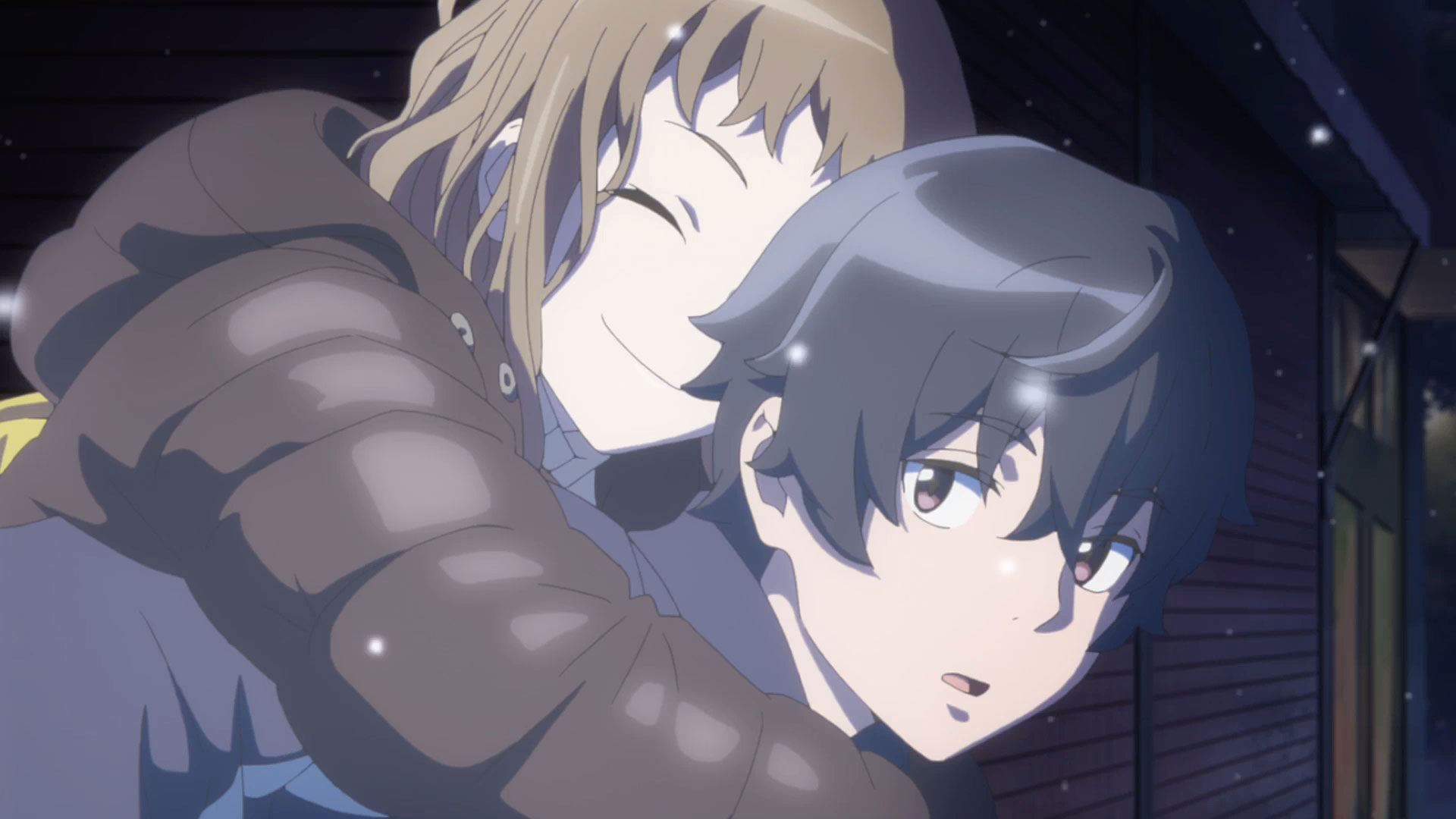 And that leads to Kamoshida's true intention of Just Because!: to show how much stress is thrown at your average student during this point of transitioning. Tests, love confessions, having to part with old friends, the worries of whether you'll keep in touch with everyone, and the burdens of future careers are all here in plain black & white. Even if there's a moment of laughter on display (which there's quite a few in this series), it acts as a Band-Aid for some of the rougher moments that life deals these students. In a way, Kamoshida is telling society to maybe ease up on the youth of the world, as their minds can't deal with this much amount of frustration in such a short little time.

Thankfully, this series does a great job with delivering a message of hope. While everything doesn't come out roses per se, viewers will be glad to know that these characters are given a reason to keep their chins up in this tough world of ours. Some things align to work out in the end, others have their share of speed bumps and possible endgames already in play. However, what Just Because! doesn't do is lead its viewers towards a path of despair. After all, if a show delivers a message about everything being a soul-crushing grind, then what's the use of teaching a valuable lesson towards the end? 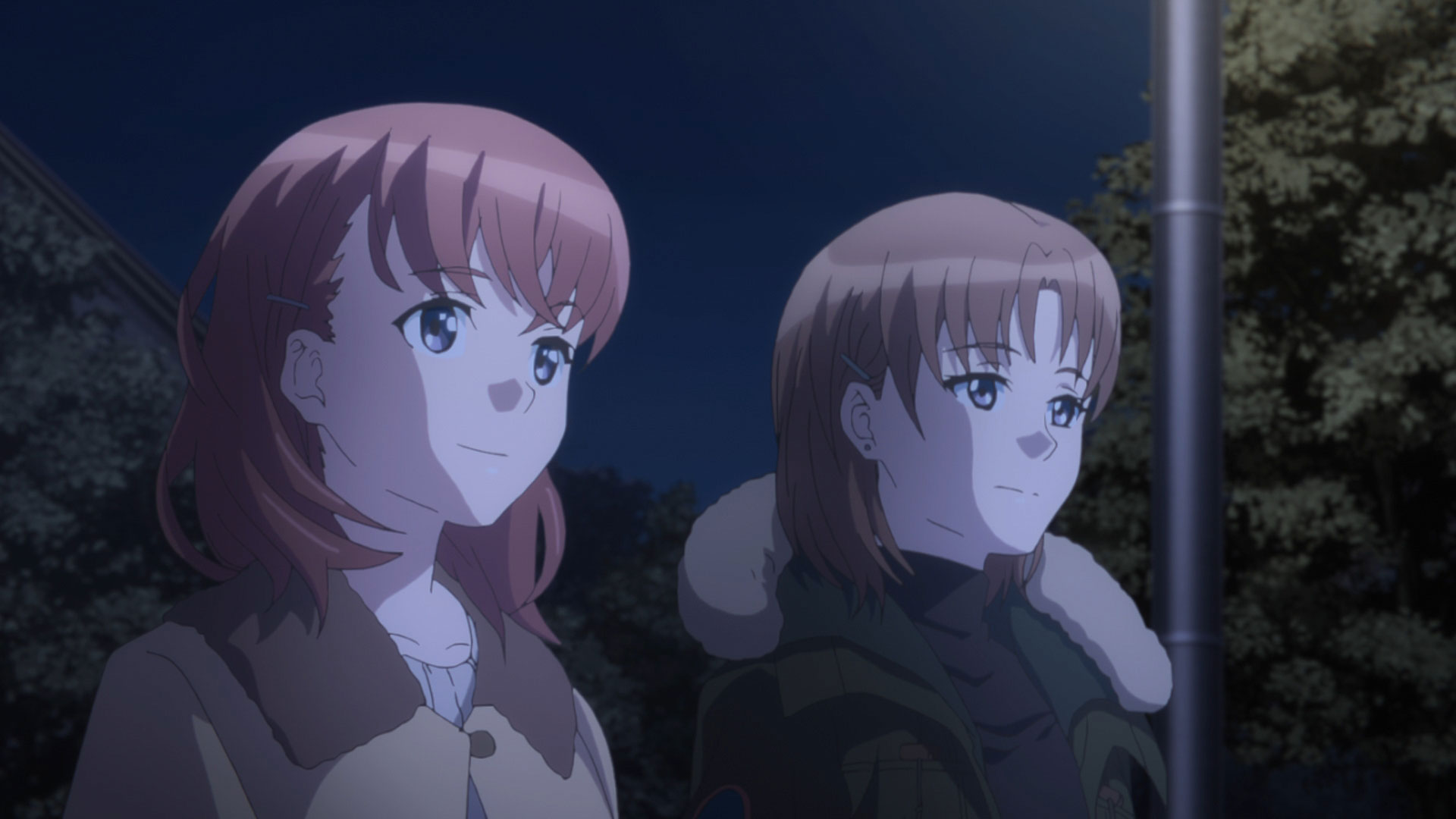 One of the key elements that helps push this moral across is through its characters, all of whom are presented in a more believable light thanks to both the Japanese and English cast. Both Ichikawa and Cote do a good job with presenting Izumi in a way that makes him seem frustrated by his recent turn of events. Natsume is painted as a person using her heart for future plans, showcased well by Isobe and Christian's interpretations. As Sōma, Murata and Shepard deliver a performance that presents the stress of a sports star having to give up his love for baseball for the inevitable desk job.

Animation studio Pine Jam (Gamers!) does a wonderful job presenting the beauty of Just Because!'s world. Going a more realistic route with its buildings and scenery, the animation delivers a nice calming realm that contrasts with the stressful elements the students are going through. Character-wise, the designs are pretty much what one would expect from an anime slice-of-life, albeit a bit grayer to tone down the usual cartoonish aesthetics seen in most series.

Composed by Nagi Yanagi and Erika Fukusawa, the series' soundtrack combines a wonderful arrangement of piano and string sections. There's a classical feel that comes off of the songs that fill the background, one whose power is amplified when a horn section is added into the mixture. Yanagi also performs the opening theme "Over and Over", a strong melody that presents the tone of the series well. Voice actresses Isobe, Yoshino, and Lynn take control of the end theme "behind," delivering a somewhat somber song that builds towards the inevitable end of one's high school days.

Blu-Ray extras from Sentai Filmworks' release is somewhat barebones, with a selection of Japanese promos, clean openings & endings, and trailers for other shows under the anime publisher's label. Outside of that, included with every copy is a small manga booklet that places a focus on the character of Inui (Arisa Sakuraba/Cat Thomas). The six short comics are pretty humorous, as they present Inui as a carefree yet thoughtful friend to many of the show's cast. One other downside is that this collection lacks the special episode involving the voice actors visiting the real locations the show's setting was based off of. 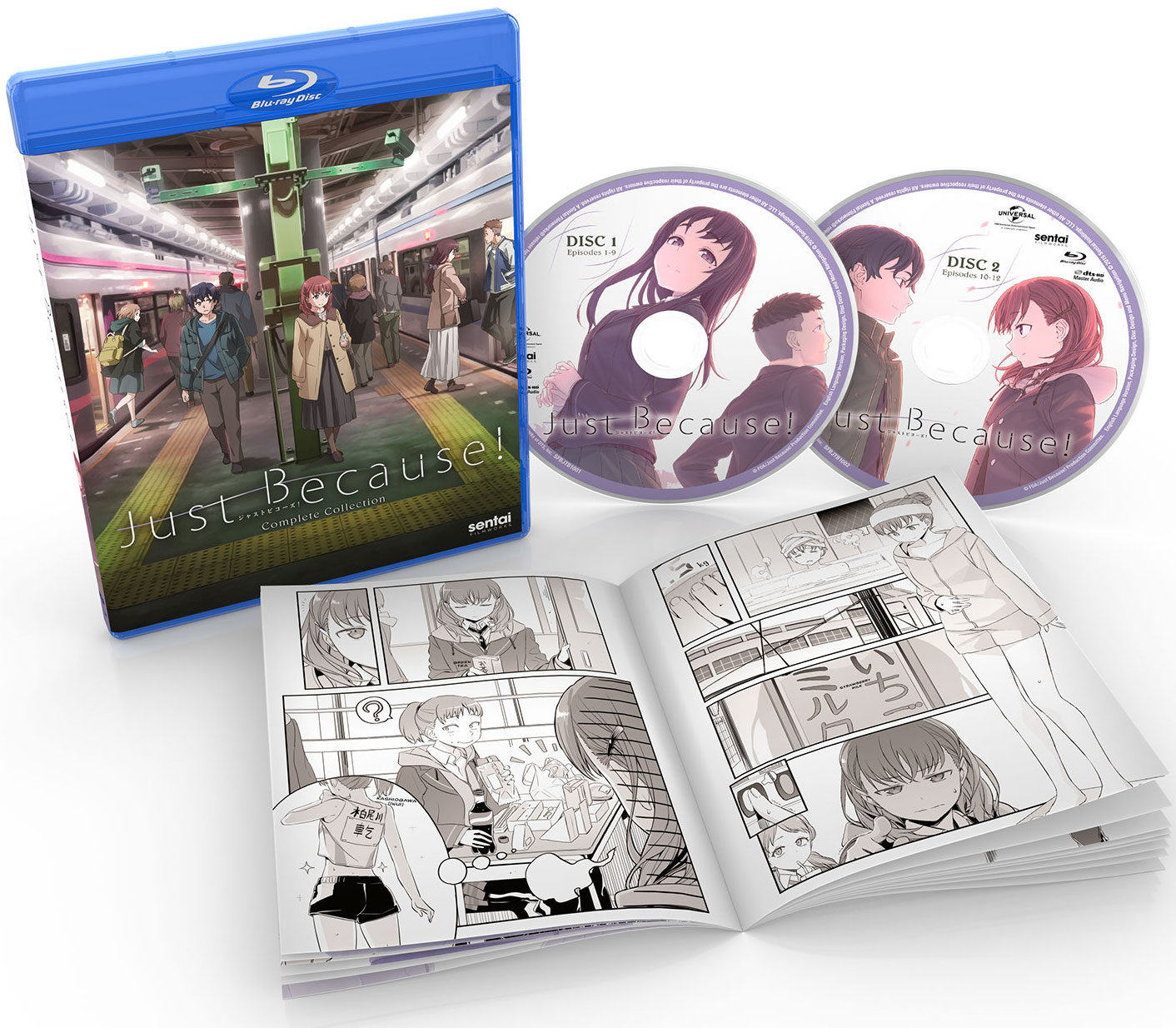 As mentioned before, Just Because! is one tough anime to explain its worthiness. On one hand, nothing truly out there happens in the show; on the other hand, it gives viewers a taste of what it's like to go through the high school-to-college transition. Fortunately, a good script and a cast of relatable characters helps make this anime worth at least watching for the sake of taking some pointers for one's future. So why should you watch Just Because!? Well...its namesake says it all.