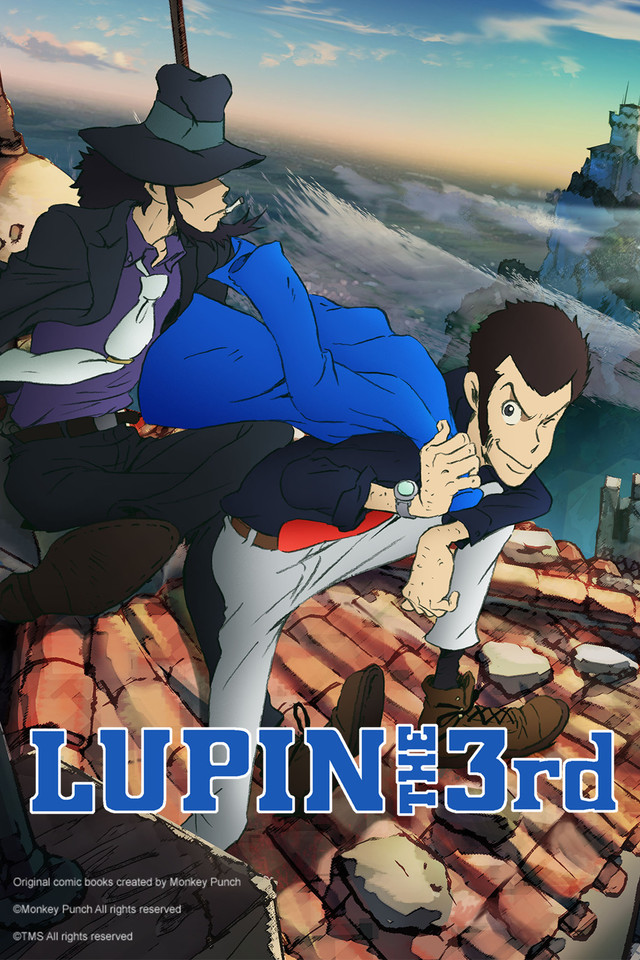 When you think of iconic anime characters, no one can truly stand toe-to-toe with the likes of Arsène Lupin III. Since premiering in 1967 from the mind of manga writer Monkey Punch the thief and his pals Daisuke Jigen, Goemon Ishikawa XIII, & Fujiko Mine have traversed the entire planet with the mightiest of thievery, with Interpol's Inspector Koichi Zenigata hot on their trail. Filled with laughs, capers, sexual deviancy, and some of the most kickass chase sequences around Lupin III has just about always made his mark with the widest of eyes watching. (Not to mention, the first series helped to jumpstart the careers of both Hayao Miyazaki and Isao Takahata.)

After spending the last couple of decades doing a buttload of movies and specials, having a couple of run-ins with Detective Conan, and bringing forth the spinoff series The Woman Called Fujiko Mine that -- while good -- lacked the charm of the originals, it was high time for Lupin made a true return to form on television. Turns out all he needed was a change in location, one that has him and everyone else smack dab in Italy. Perhaps it's the air, but it appears that the country best known for the Leaning Tower of Pisa and birthplace of the mafia seems to have brought the best out of Lupin III. 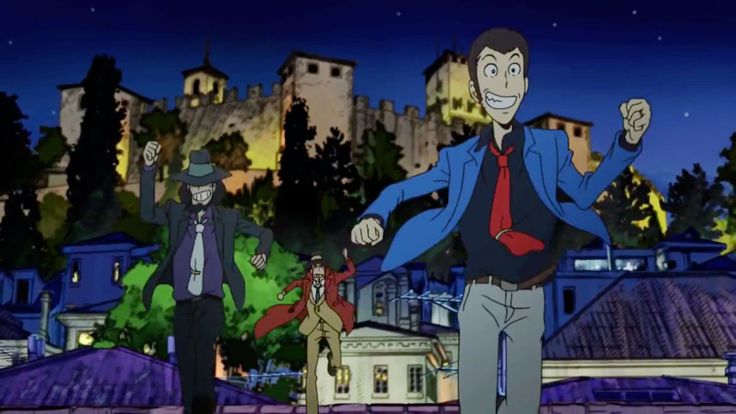 Some may complain that having Lupin and his cohorts stay within the confides of Italy would hold him back. After all, Lupin is the type of guy who needs to head off to the next piece of treasure that's worth stealing. Rest assured: Italy has plenty of reasons to get into heist mode and lay your fingers on the greatest of riches. Not to mention, what we see happen to Lupin, Jigen, Fujiko, Goemon, and even Zenigata not only is spectacularly wonderful to behold, it adds a new level of depth to these characters I thought weren't possible. Dare I say it left me doing multiple double-takes as I watched, and I mean that in the most positive of ways.

Of course there is some new blood to add to the mix in Lupin The 3rd Part IV: one on the side of crime, the other with justice on the mind. The former, Rebecca Rossellini, is a supermodel/actress/Renaissance woman that not only steals the heart of Lupin III, but manages to get him to put a ring on her finger! She seems innocent enough, but her passion for the good things in life have led her to become quite the cat burglar herself. The latter, Agent Nyx, is an MI6 spy that uses his keen sense of hearing to keep track of any criminal's current whereabouts. 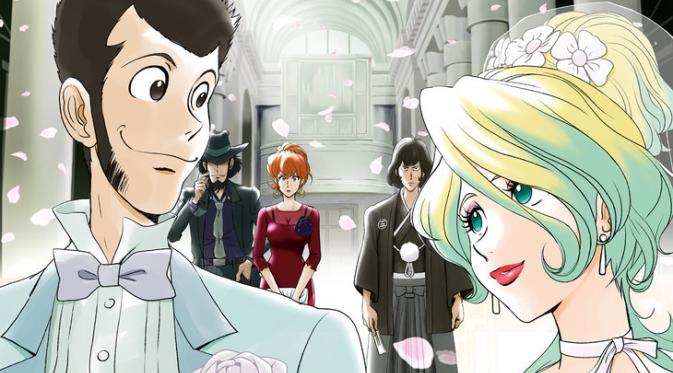 One of the best things about these new characters is that it pushes the original gang to be at their very best. Sure there are still some very funny moments in each episode, but it's surprisingly when the characters get smart when this latest chapter truly shines. One of the best examples of this comes in a Jigen-centric episode, in which he enters a town that's been overtaken by a dangerous boss with a tendency to maim those who have a gun of their own. I don't wanna spoil anything, but the way Jigen handles the situation was one of the most brilliant things I've seen done in any Lupin The 3rd series. (Props to Inspector Zenigata for pulling a trick out of Boondock Saints' Agent Paul Smecker with how he figured Jigen got out of this hairy situation.)

Speaking of Zenigata, while I rather liked the goofier incarnation of the Inspector in the previous series, the man from Interpol comes off as one true badass here. Sure, he has a slip-up here and there; it wouldn't be Zenigata if there wasn't. However when the time is right he shows his muscle. This is very evident in an episode involving him protecting the widow of a billionaire. He's on top of things, takes the craziest of risks, and even finds a way to convince his rival to lend a hand when a life seems to be at stake. It may have taken nearly fifty years, but Inspector Zenigata has finally become Lupin's equal. (Perhaps he may be due for his own spinoff in the near-future.) 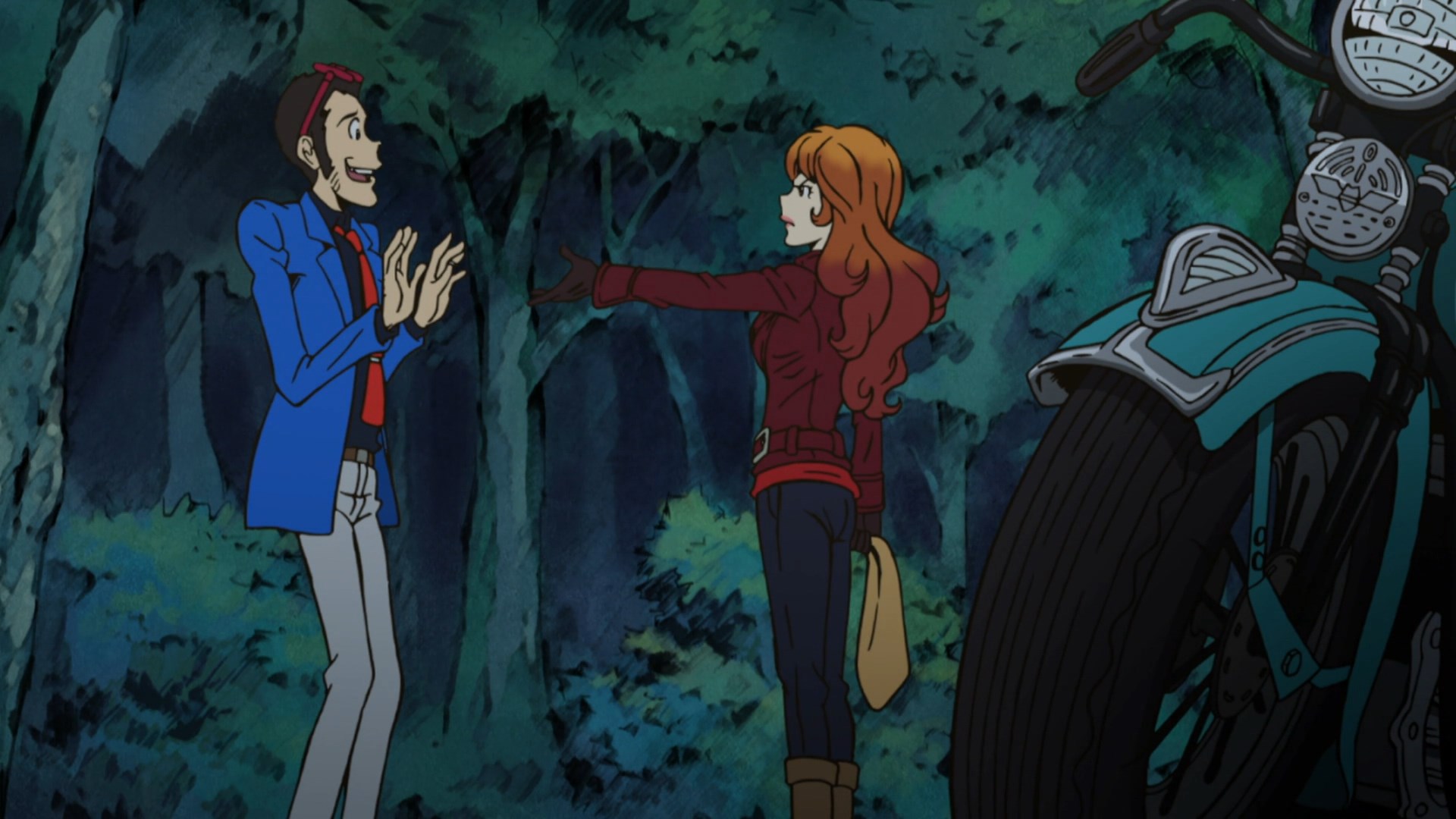 Animated by Telecom Animation Film, Lupin The 3rd Part IV looks impressive in every way. Like The Woman Called Fujiko Mine, the style feels very akin to Monkey Punch's original manga. However what that series wasn't able to achieve was that certain charm in its tone, and here it shines beautifully. From the busy streets of Rome to the tiny hairs on the back of Lupin's hands everything flows in a style that fits with the mentality of Lupin The 3rd. In fact, I can honestly say that this is truly the manga brought to life in the way it was intended to be.

Lastly it’s the way the show sounds that makes this series glimmer like it deserves to. Since 1971 Kiyoshi Kobayashi has voiced Jigen, and while his voice has aged the tone of wisdom and experience comes off strongly in his performance. Kanichi Kurita continues to play the title character with both cunningness and comedic timing, the sort of acting chops he was able to show off after the passing of the original Lupin voice actor Yasuo Yamada in 1995. Miyuki Sawashiro brings both sexy suaveness and street smart knowhow to the role of Fujiko Mine, whereas Kōichi Yamadera’s Zenigata showcases a new level of intelligence not seen in any previous Lupin The 3rd incarnation. The new blood of Yukio Fujii adds another level of cool factor, with Rebecca becoming not just a fun rival for Lupin, but also another love interest to go up against longtime frenemy Fujiko. Meanwhile Shunsuke Sakuya plays Agent Nyx with both gruff and adrenaline, like a mixture of both Liam Neeson in Taken and Jason Statham in Crank. 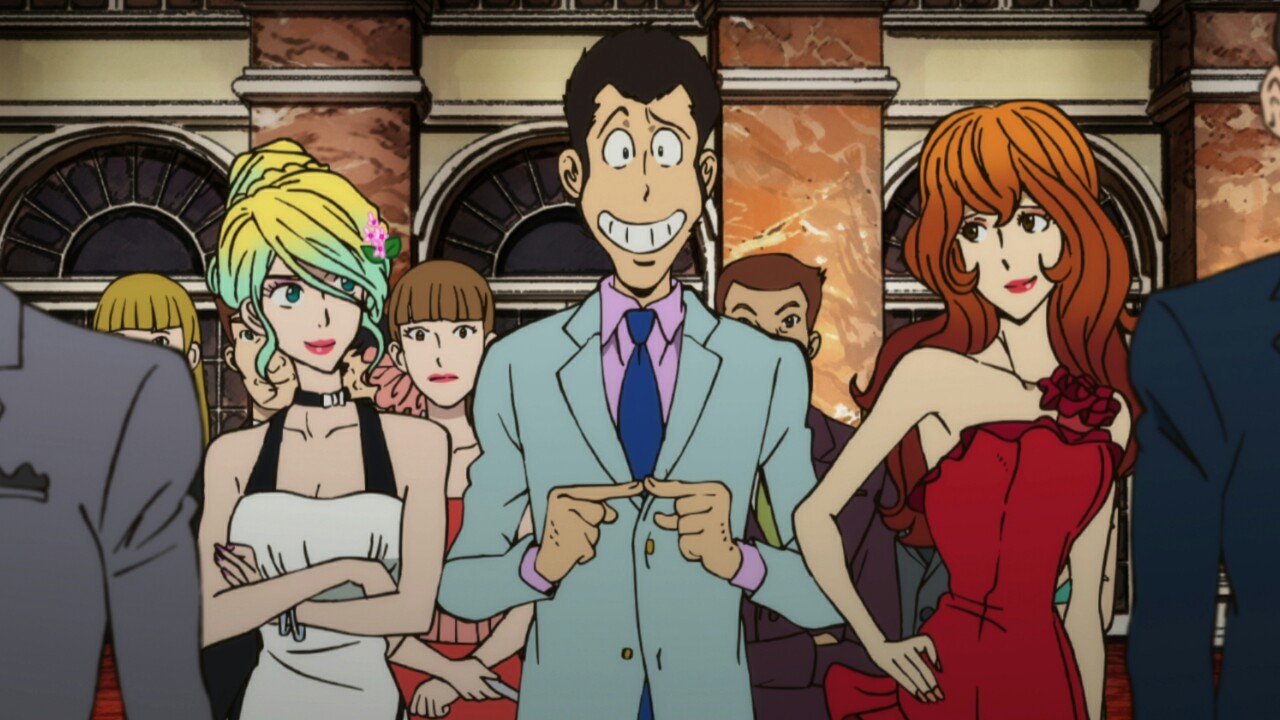 Yuji Ohna returns to helm the anime's score, with the cool factor turned all the way to eleven with one of the best jazz soundtracks since Cowboy Bebop. While there is a rerecording or two of a couple of his tracks from the 1977 series, the new melodies are as bombastic and wild as any recent Soil & “Pimp” Sessions album. The revamped classic theme song performed by You and The Explosion Band pulls you in every time as it blares to a sexy montage with all the characters. End theme "Chanto Iwanakya Aisanai” by Enka singer Sayuri Ishikawa is sultry and smooth, fitting in perfectly with the romantic mentality that thoughts of Italy bring with it.

What Sailor Moon Crystal got wrong with its reboot, the newest chapter of Lupin The 3rd gets right in magnificent ways. The characters, the animation, the storylines, and even the music all mesh perfectly with the world of anime's greatest thief. Even if you've never seen a Lupin The 3rd series, you can easily jump into this show thanks to his huge likability. Unlike the return of Usagi Tsukino, Lupin and the gang welcome you with open arms with nary a sign of disappointment in the surrounding area.

Trust me: this new adventure of Arsène Lupin III is the coolest, smile-inducing anime you'll come across in recent memory.

Lupin The 3rd Part IV can be viewed on Crunchyroll. Episodes 1-8 were observed for this review.