HomeAnimeFall 2019 Anime Recap: The Good, The Bad, and the Meh! 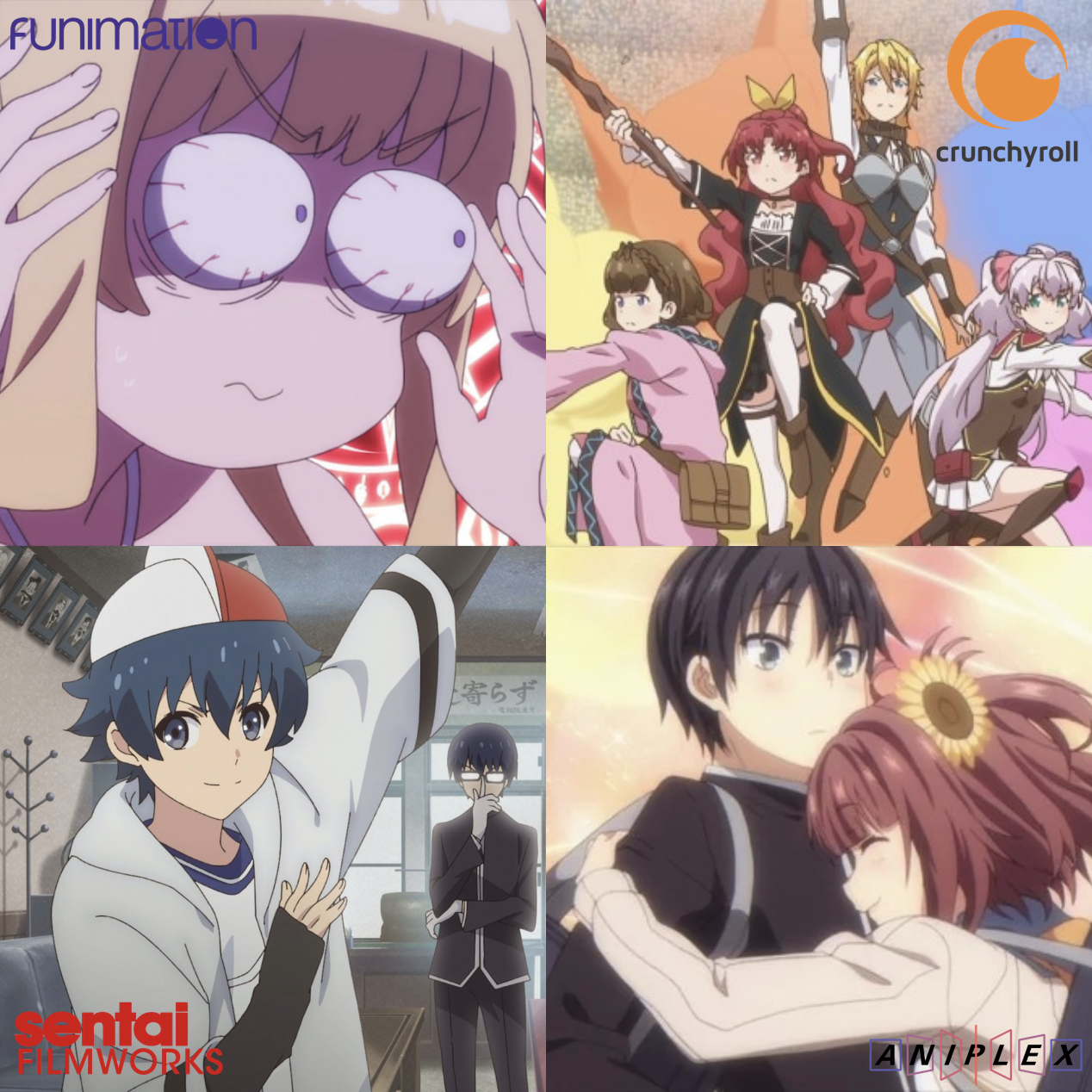 I’ll be 100% honest: the anime scene didn’t quite end 2019 (or the 2010s, for that matter) with as big of a bang as it could've. Yes, there were some good shows, but out of all of them, only one (Welcome to Demon School! Iruma-kun) felt deserving of our seasonal review article. Thus, we are left with a mixture of some pretty good shows alongside some forgettable affairs. So to cap off the end of the season/decade, let us look back and see which anime this past fall were as colorful as New England foliage, and which were as bleak as a back alley in Hell’s Kitchen.

ORESUKI: Are you the only one who loves me? 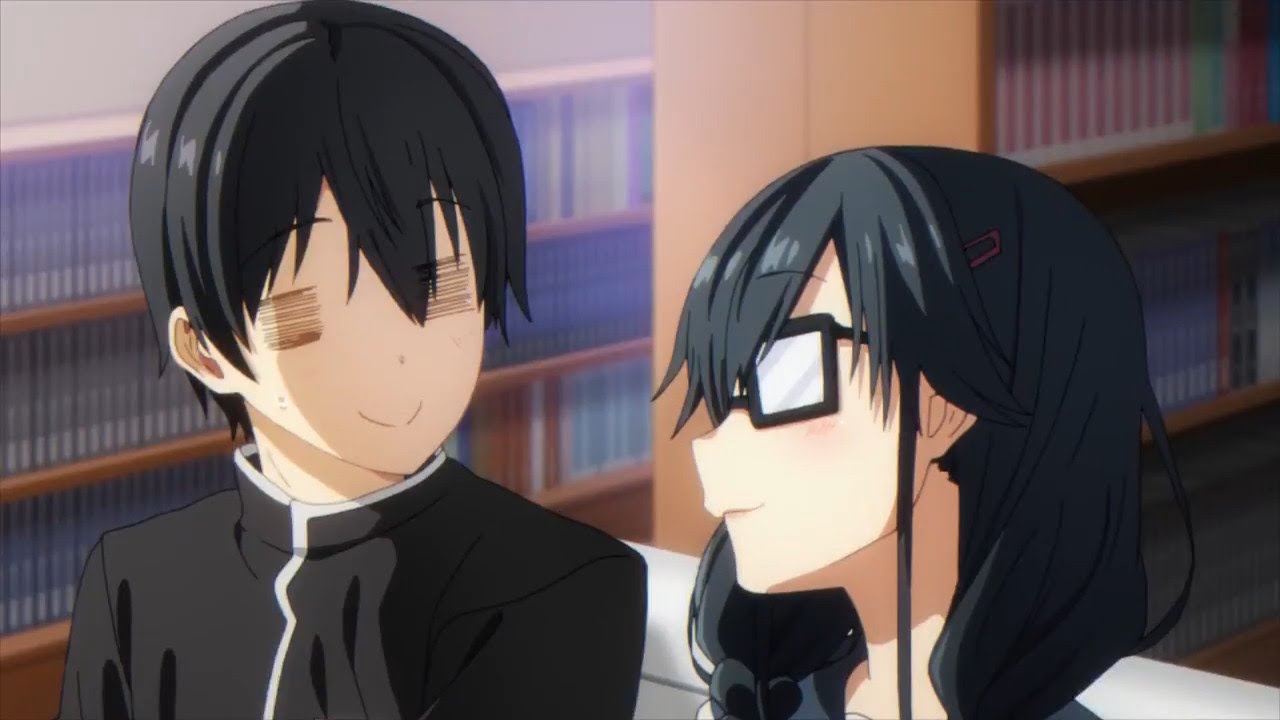 Trying to explain the premise of ORESUKI would spoil some of the best jokes and jabs thrown towards the rom-com genre since Monthly Girls’ Nozaki-kun. Backstabbing, friendship-mending, poolside escapades, and that dreaded bench made CONNECT’s (Senryu Girl) light novel adaptation a menacingly good time for those who tire of romantic storytelling tropes. The downside: it all ends on a cliffhanger, with the show teasing an OVA conclusion that may never find its way across the Pacific. Nevertheless, ORESUKI demonstrated that, as the beloved Bert from Mary Poppins once quipped, everybody’s a bit of a c**t sometimes. (Or it might’ve been Steve Coogan.)

ORESUKI: Are you the only one who loves me? can be viewed on Crunchyroll, VRV, HIDIVE, and FunimationNow. It has been licensed by Aniplex of America. 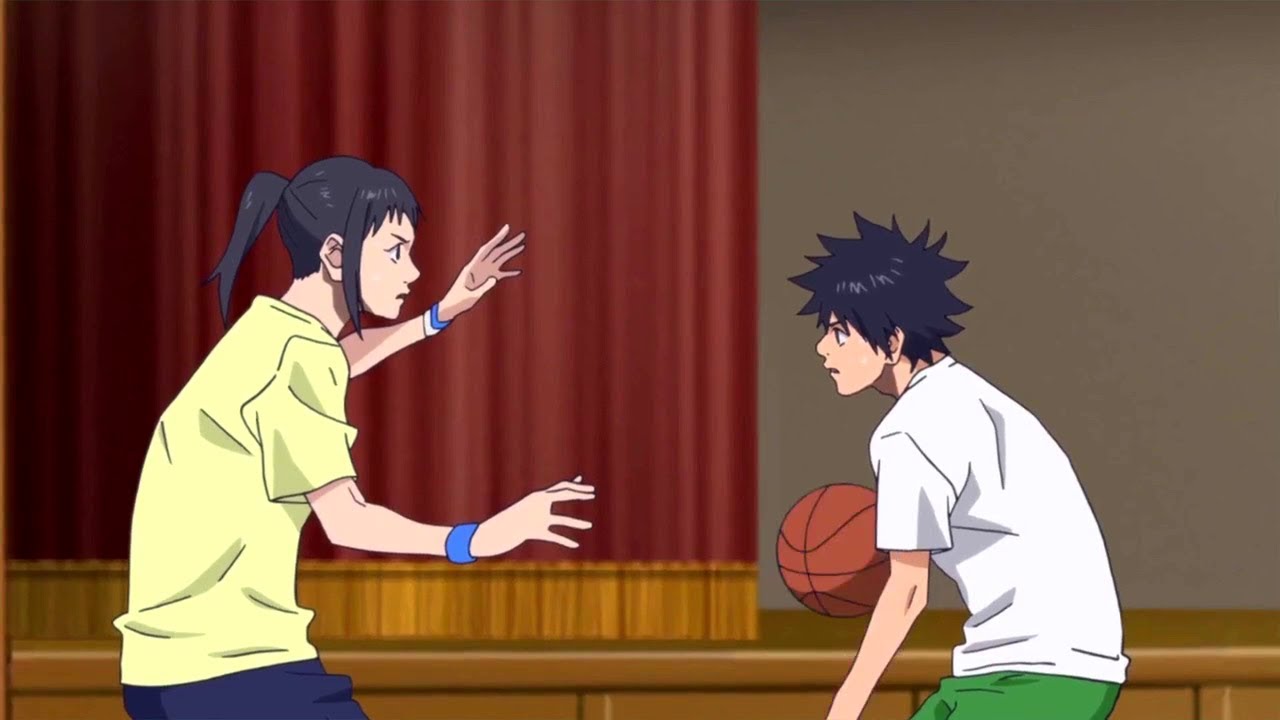 The latest anime from Diomedia (Squid Girl, Domestic Girlfriend) may have borrowed some elements from Kuroko’s Basketball, but there’s one thing that Ahiru no Sora has that overshadows its predecessor: a strong funny bone. A great balance of pervy & slapstick comedy and serious sports tension helped make this anime a three-pointer bonanza each week it aired. (That, and teammate Chiaki is one of the finest comedic characters to come across in anime last year.) Even though the animation wasn’t the strongest, the team spirit Ahiru no Sora managed to sprout was nearly brighter than anything else in the Fall Season.

Ahiru no Sora can be viewed on HIDIVE, Crunchyroll, and VRV. It has been licensed by Sentai Filmworks. 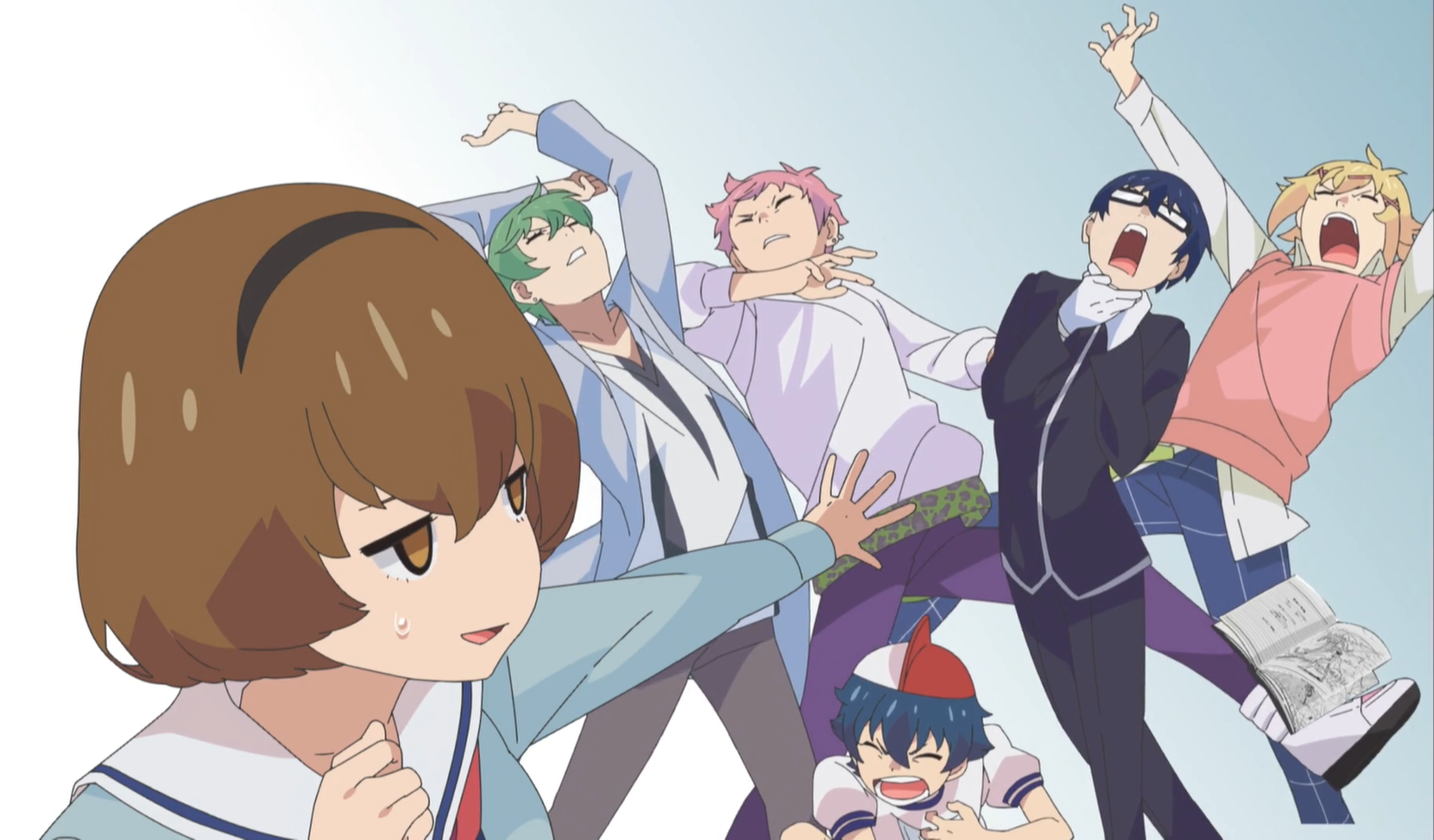 When Studio DEEN tries, it can make a pretty good show. Such is the case with Outburst Dreamer Boys, a show about a female student who’s dragged into a club filled with chuunibyou guys (who may also be Autistic, if the end credit segment is hinting at such a fact). Despite their flaws, the boys find a way to solve a multitude of problems, ranging from finding lost pets to solving school mysteries. It might not have been the perfect comedy, but Outburst Dreamer Boys still managed to be a delightful surprise in the Fall 2019 season.

Outburst Dreamer Boys can be viewed on HIDIVE and VRV. It has been licensed by Sentai Filmworks.

Cautious Hero: The Hero Is Overpowered but Overly Cautious 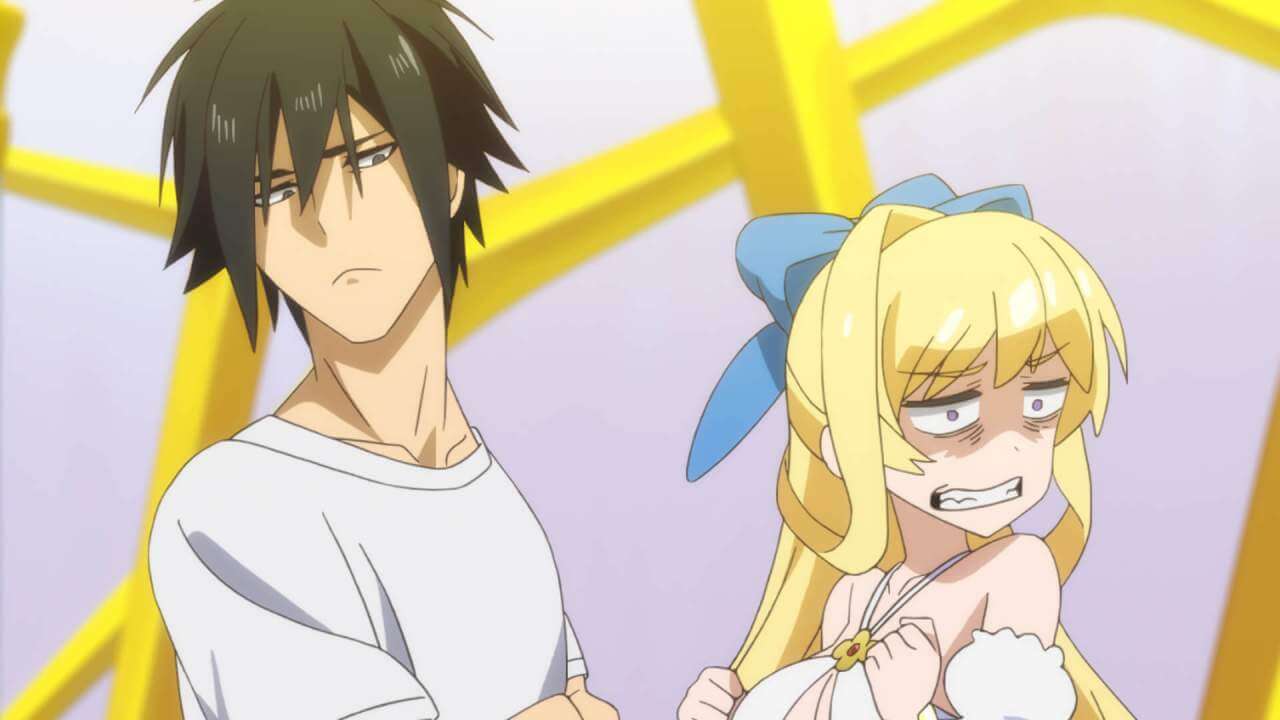 Cautious Hero places a good emphasis on comedy, especially when it comes to the chemistry (or lack of) between the Goddess Ristarte and the overpowered yet careful hero Seiya. Thanks to White Fox’s animation, the show was able to jump between rubbery cartoonish gags to some truly darker elements that took many off-guard. (Then again, these guys also did Goblin Slayer in 2018!) Although its ending was somewhat of a mess, the journey that Cautious Hero delivered was pretty damn satisfying.

Cautious Hero: The Hero Is Overpowered but Overly Cautious can be viewed on FunimationNow. It has been licensed by Funimation.

Didn't I Say to Make My Abilities Average in the Next Life?! 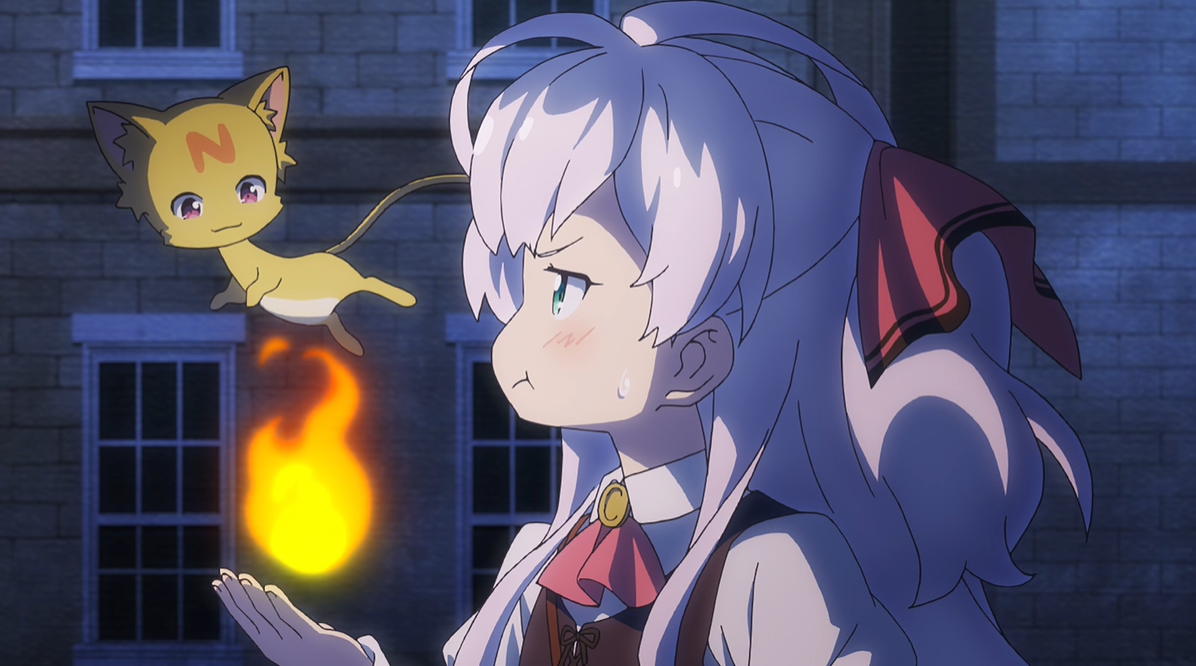 Like Cautious Hero, Didn't I Say to Make My Abilities Average in the Next Life?! has its main character with super powers and skills. The only problem is she just wanted to live a normal person in this new world. With the duo behind Himouto! Umaru-chan and The Troubled Life of Miss Kotoura helming this light-novel adaptation, the end result is a mixture of adorable hilarity, cute character building, and a couple of surprisingly good twists that made this the better isekai to watch in Fall 2019. Also, its theme song is catchy as hell!

Didn't I Say to Make My Abilities Average in the Next Life?! can be viewed on Crunchyroll and VRV. It has been licensed by Crunchyroll. 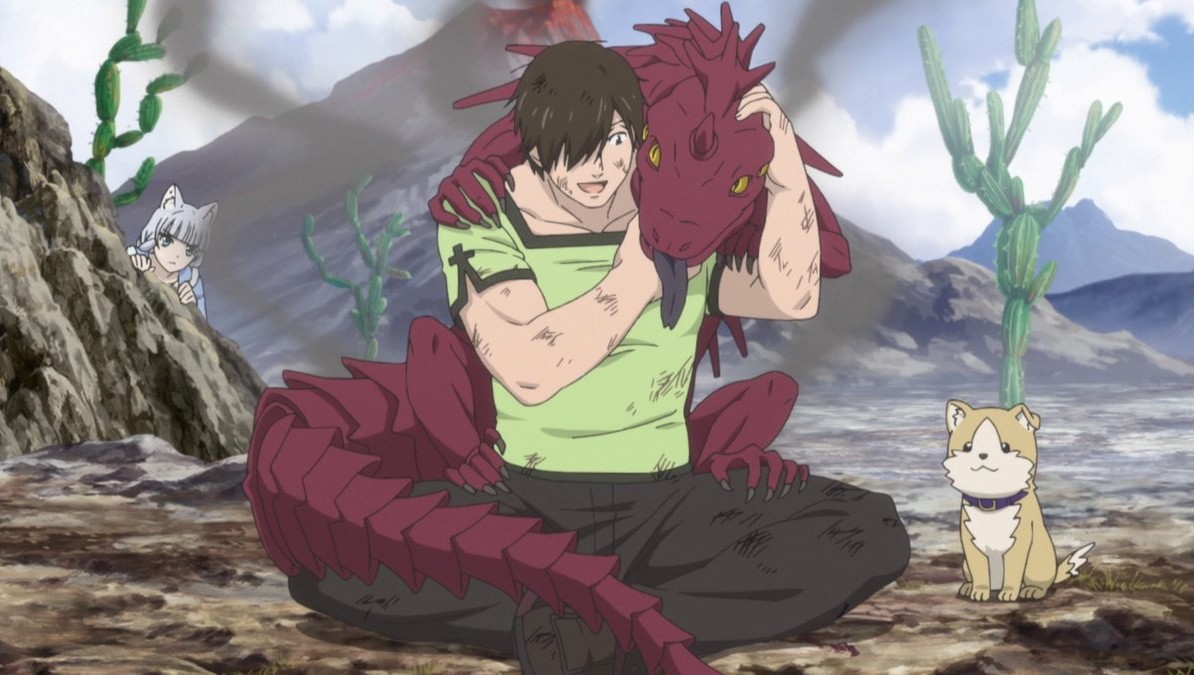 KonoSuba creator Natsume Akatsuki brings forth another isekai adventure, this time with a pro wrestler who dreams of opening a pet shop. It had some great laughs and some spectacular wrestling action throughout it, as well as a gang of lovable characters. So why’s Kemono Michi here in “The Meh!”? Sadly, you can blame it on some sloppy writing and plot lines that went nowhere fast. Sure it had the greatest anthropomorphic ant in anime history, but not even that could save it from being slightly above mediocre in the long run.

Kemono Michi: Rise Up can be viewed on FunimationNow. It has been licensed by Funimation. 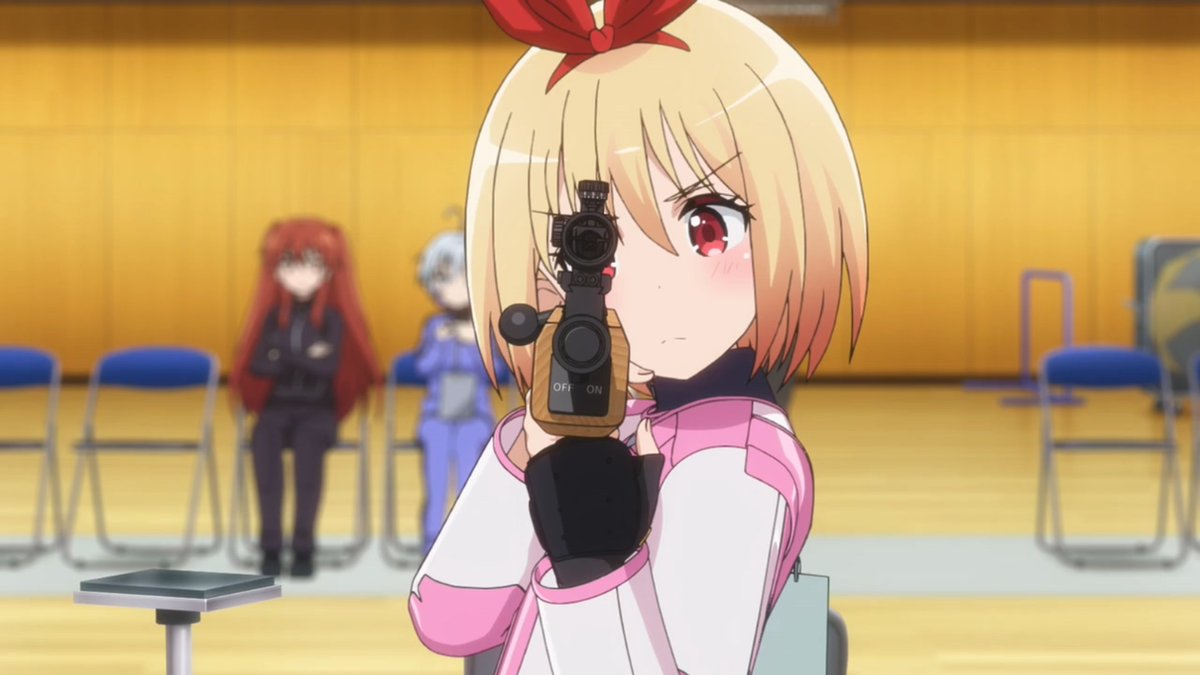 The “cute girls doing cute things” genre takes it to the shooting range with Chidori RSC (originally called Rifle is Beautiful in Japan, a much-better title IMHO). While it’s neat seeing how the sport of target shooting works, it doesn’t make the act of standing in a spot and shooting lasers at a target any more exciting. Perhaps that’s why the better episodes tended to focus away from the sport, and instead showcase the girls doing silly things together. Chidori RSC was a nice breather to have on our anime platter, but there are far better slice-of-life shows to choose from instead of this one.

Chidori RSC can be viewed on HIDIVE and VRV. It has been licensed by Sentai Filmworks. 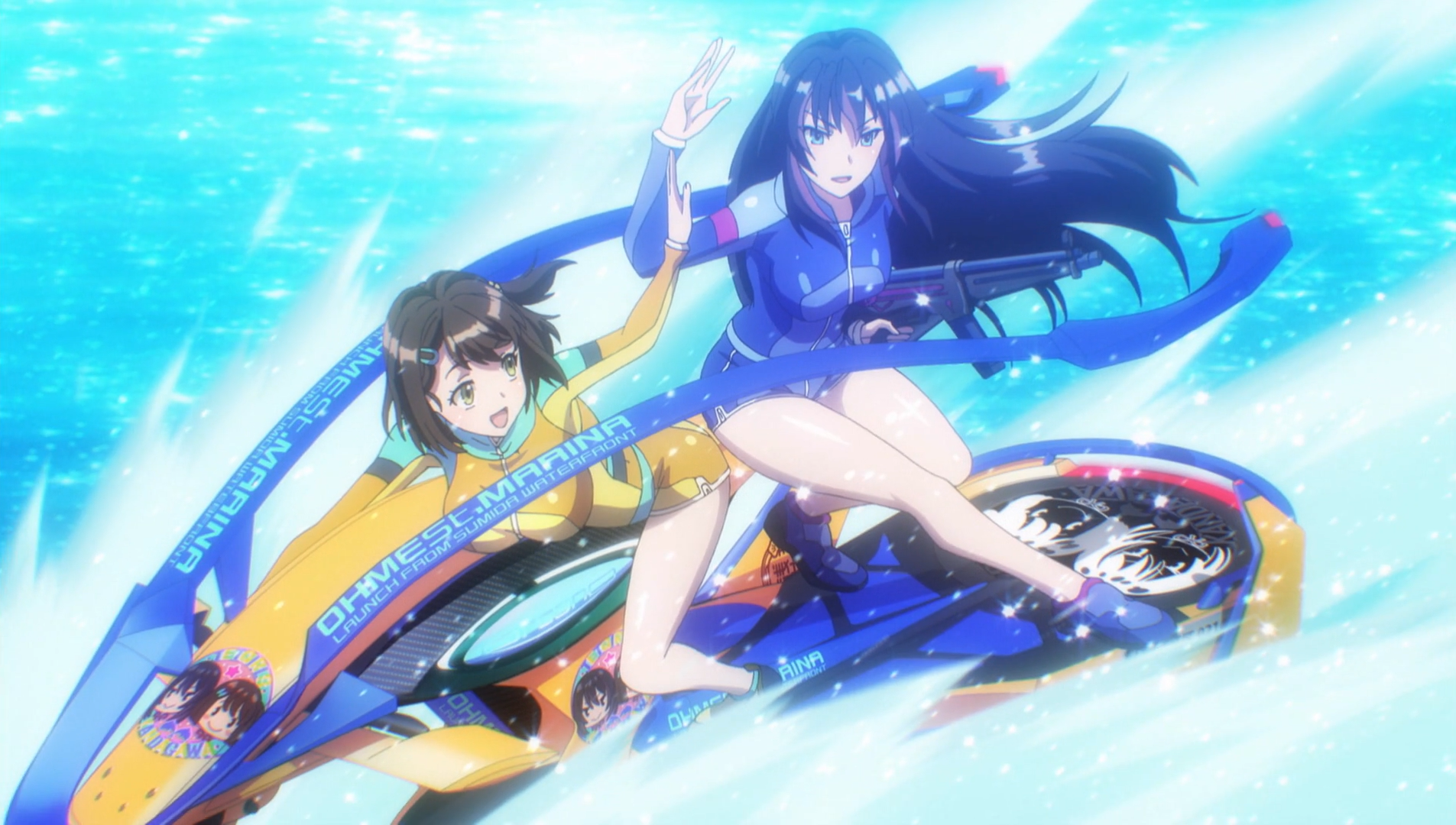 When you see Senran Kagura creator Kenichiro Takaki involved in a project, you know it’s bound to be fan-service-y as hell! But despite having the character designer from Gargantia of the Verdurous Planet in tow, there’s very little meaningful symbolism to be found in this jet racing anime. Yes, the girls look cute and the naughty bits are okay, but there’s no substance to the plot nor tension to the racing. Oh well, if there’s anything I’ve learned from being a fan of Takaki’s, it’s this: if the anime sucks, then the video game version will be great! (Here’s hoping Kandagawa Jet Girls will follow that formula when it’s released on PS4 later this year.)

Kandagawa Jet Girls can be viewed on HIDIVE and VRV. It has been licensed by Sentai Filmworks. 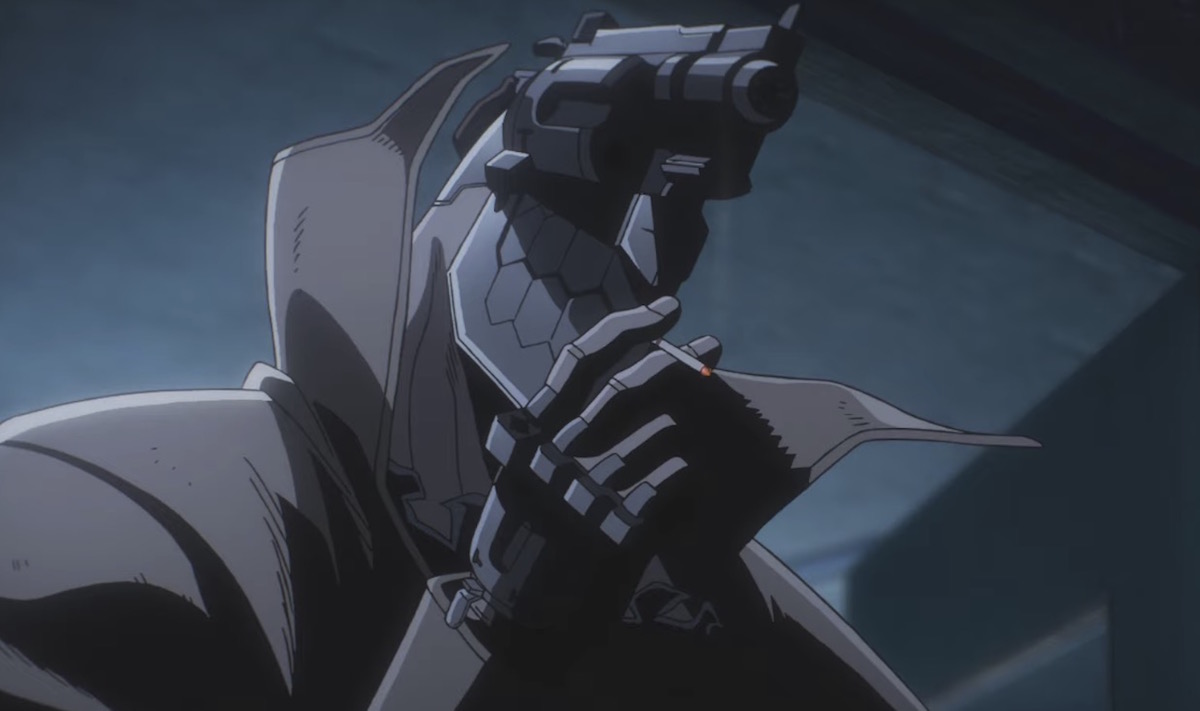 No Guns Life should’ve been a no-brainer when it comes to making a badass anime. You get a chain-smoking guy with a gun for a head, and then have Madhouse animate it. Simple, right? Apparently someone didn’t get the memo, and instead we were treated with one of the dreariest and most shockingly dull anime of 2019. It tried to be interesting with its world-building and philosophies, but in the end, there was more hot air blowing out of this flub than out of Juzo’s mouth after taking a long puff.

No Guns Life can be viewed on FunimationNow. It has been licensed by Funimation.

Any that we missed or neglected? Comment below to share your thoughts on the Fall 2019 Anime Season!