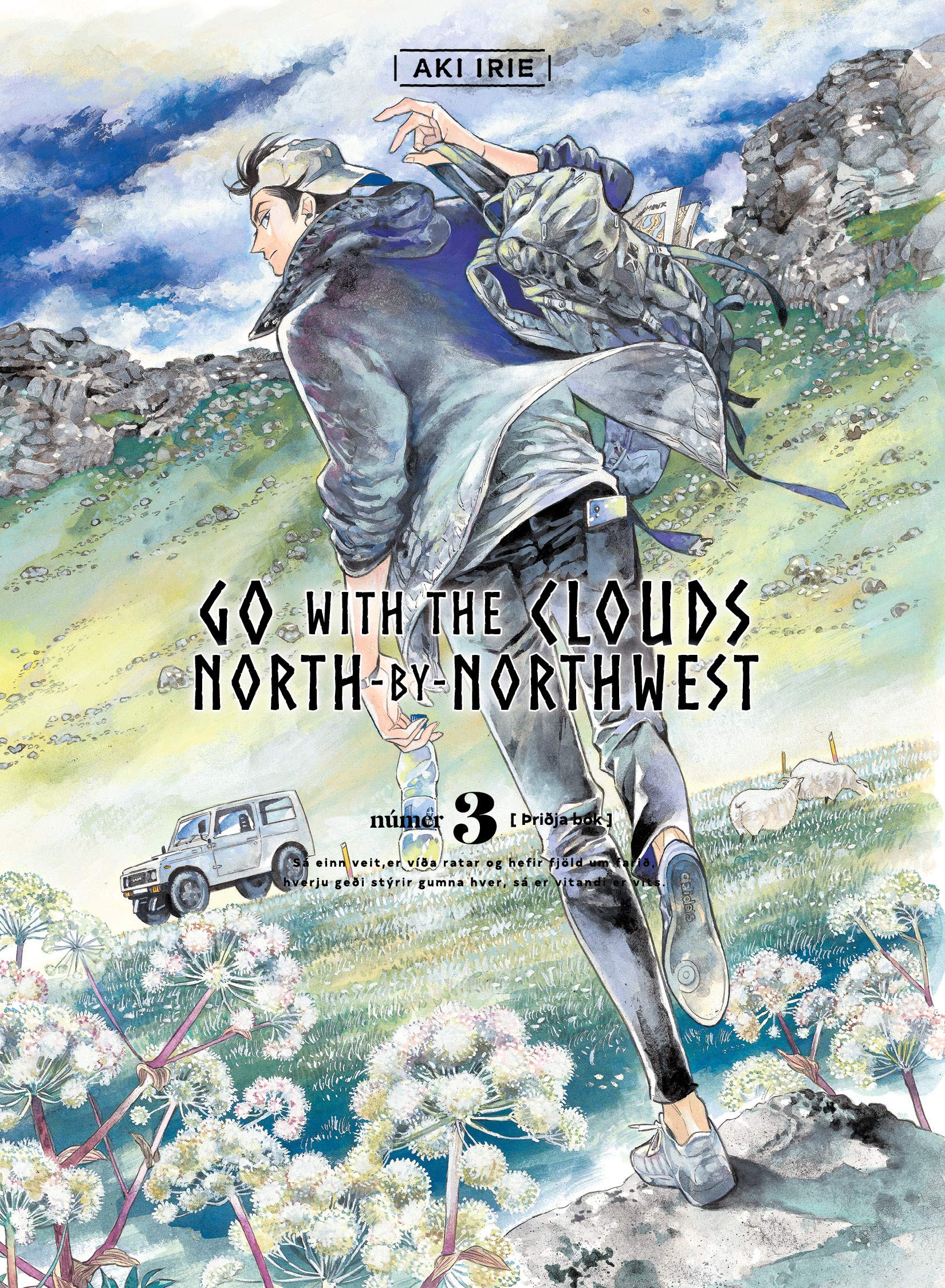 Vacations always have to have an ending, even if you were just showing a friend your current stomping grounds for a few days. However, there are always important matters that need to be focused on, especially those that give reason to one’s sustenance. The previous volume of Aki Irie’s Go with the Clouds, North-By-Northwest strayed off its mystery path, instead giving a fun guide to the best parts of Iceland. But now that Kei’s friend Kiyoshi is heading back, the real meat of the story can continue.

Kei begins taking more investigative jobs once more, as he searches for a client’s little stepbrother. But a mere creak in the stair floors awakens an old memory that Kei has seemingly forgotten, revolving around his own brother Michitaka. Soon, another client offers Kei a mystery revolving around her missing friend, making everything go full-circle when Michitaka calls the friend’s cell phone. With fuzzy memories and his talents with machines, Kei attempts to straighten out both the clients’ best interests and the newfound memories now running through his head.

What Irie does best is showcase the complexity of her characters, all the while keeping a steady narrative on its narrow path. While it would seem like little was going in Go with the Clouds’s second volume, it gave readers the chance to see Kei when he’s able to let his hair down a little bit. Now that the male bonding has come to a close, we see more of Kei’s true side as he sets out to earn his keep and take on cases.

However, what we don’t expect is how one case finds its way to overlap not just into another, but into the very reason why Kei is in Iceland in the first place. A search for a missing person reveals a little brother who finds himself in love with his step-sibling. But it’s where the brother is residing where deeper memories in Kei’s mind slowly start to come to fruition. And it’s a job that another resident — Sigrún — brings to Kei that locks in Michitaka into this mysterious circle. This leads to the spotlight being put on the new missing person: Freyja.

One can guess her true reason for disappearing, as everything revolving Michitaka seems to lead to bad news. Still, there are plenty of mysteries left to be unraveled. Who are the other clients that may be trying to contact Freyja? And what is her job, per se? And how much does she know about both Michitaka and perhaps Kei’s special skills?

It’s these mysteries and plot-twists that keep Go with the Clouds, North-By-Northwest such an endearing read. With Irie’s impeccable artistry skill and terrific character development, the third volume puts the series back into focus its strongest elements. Yes, there are some confusing things here and there, but they may not be confusing for much longer (as evident by some of the hints that are dropped throughout the final chapter and epilogue). Wherever Go with the Clouds, North-By-Northwest wants to go next, I eagerly look forward to the road trip that leads to its destination.