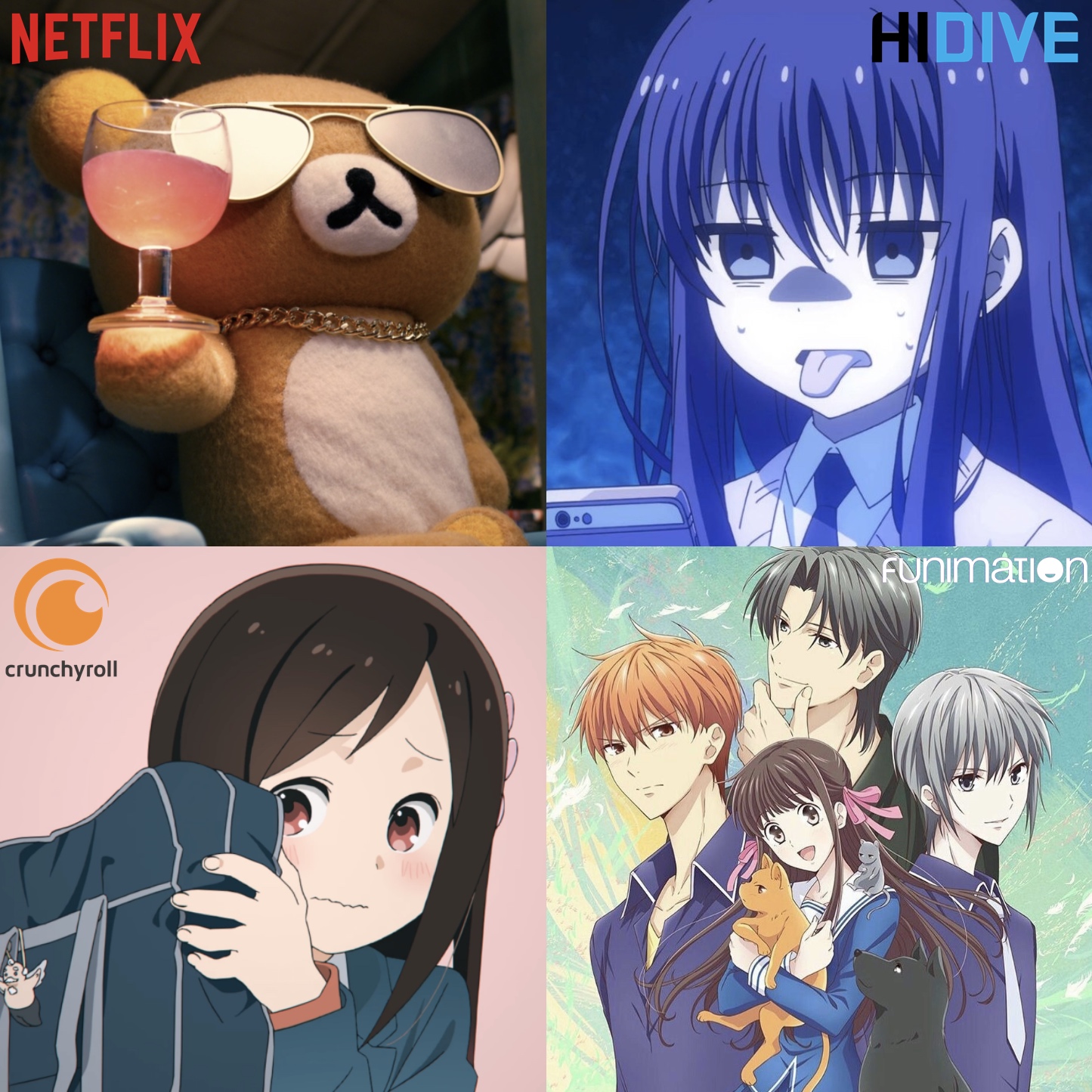 The garden where the Spring 2019 anime season resided had its fair share of beautiful roses, nice-looking dandelions, and even the occasional weed or two. Let’s take a look at some of this past season’s selections, and see which deserve to be preserved and which needed to be yanked from its roots. (WRITER’S NOTE: reviews for Senryu Girl, Sarazanmai, and We Never Learn can be found via their respective links.) 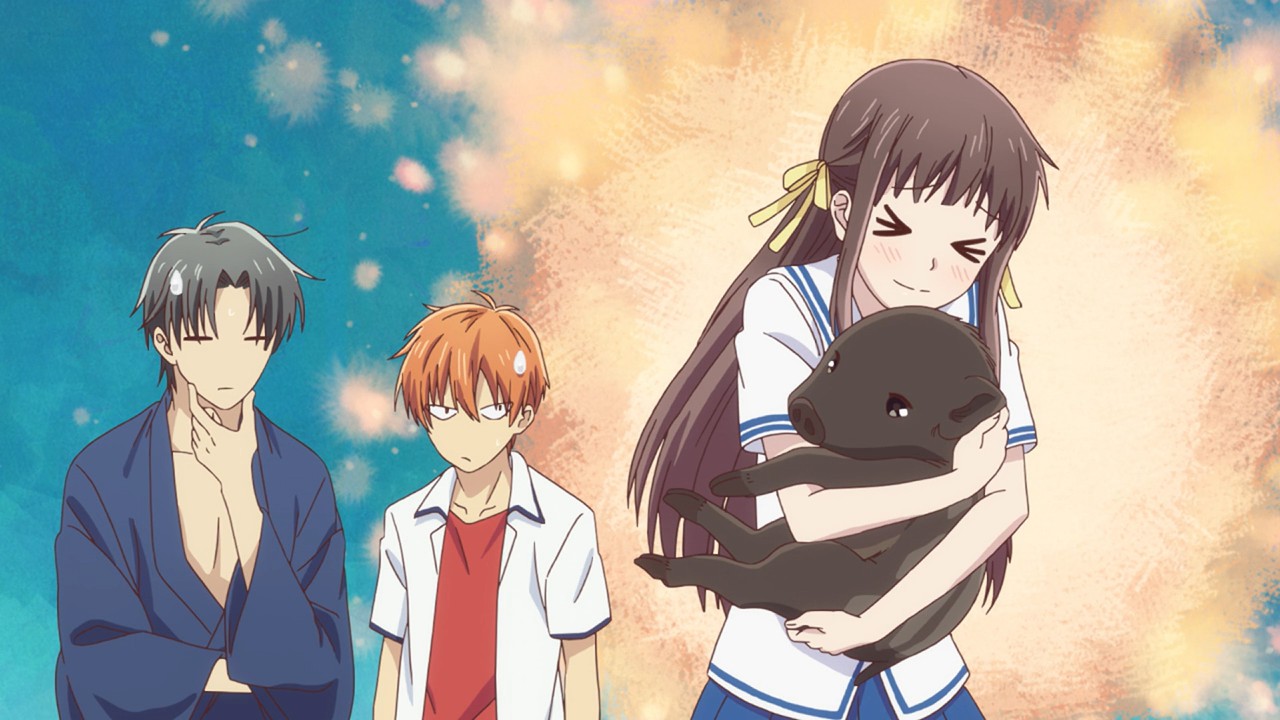 Never would I have guessed that one day, the iconic Fruits Basket would be given another chance at being adapted into an anime. Taking over the reins from Studio Deen, TMS Entertainment showcases the story of Tohru Honda and the Soma family with a flare of care in every frame of its beautiful animation. Even over two decades since Natsuki Takaya’s original manga first was published, the struggles, heartache, and even laughs that Fruits Basket delivers still hit just as strongly. Fingers crossed that this revival will lead other classic manga to be given a proper anime redo. (Looking at you, Love Hina!)

Fruits Basket can be viewed on FunimationNOW, Crunchyroll, and VRV. It has been licensed by Funimation. 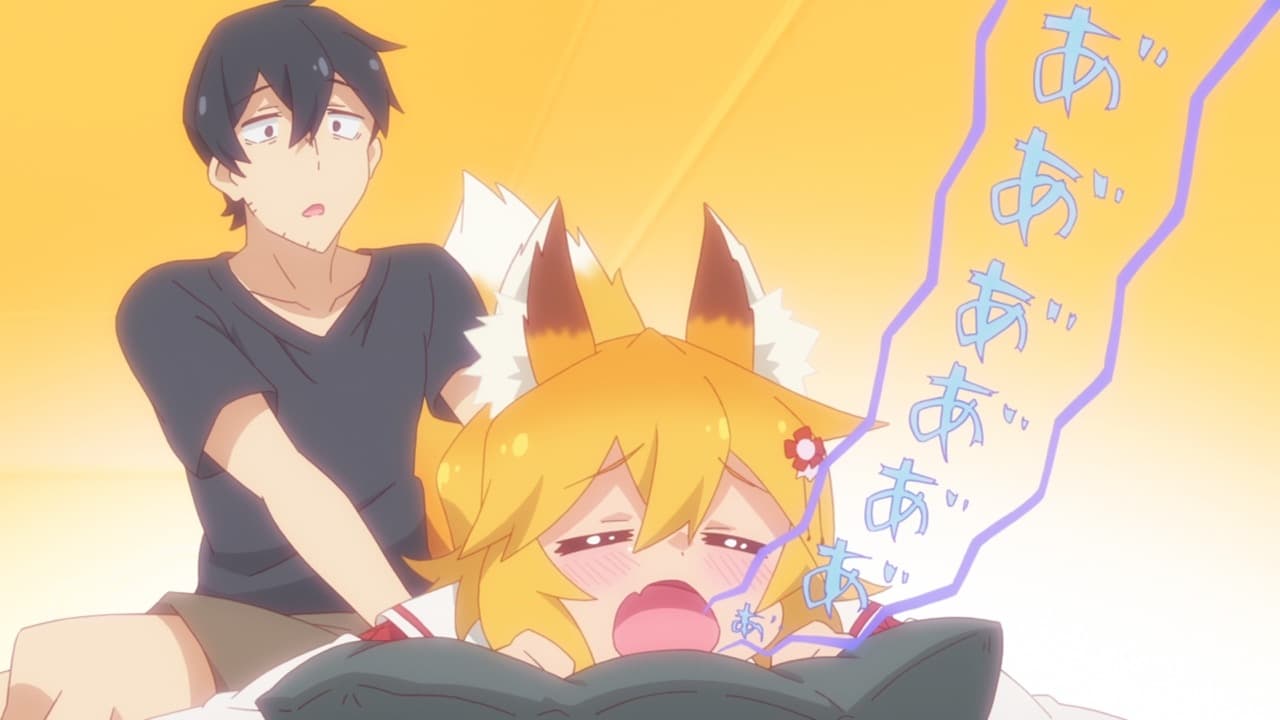 Thank the gods for Doga Kobo leaving its recent loli fixation in the dust! The iyashikei anime The Helpful Fox Senko-san was that thirty-minute moment of relaxation one’s overtired body needed every week. After the young salaryman Kuroto is worked to the bone at work, demigod Senko attempts to revive his happiness via any means necessary. Whether it’s cooking a tasty meal, taking him on a trip to the beach, or even letting Kuroto fluff her tail, Senko’s kind actions and attitude made anime fans all over the world wish that fox girls were real!

The Helpful Fox Senku-san can be viewed on FunimationNOW, Crunchyroll, and VRV. It has been licensed by Funimation. 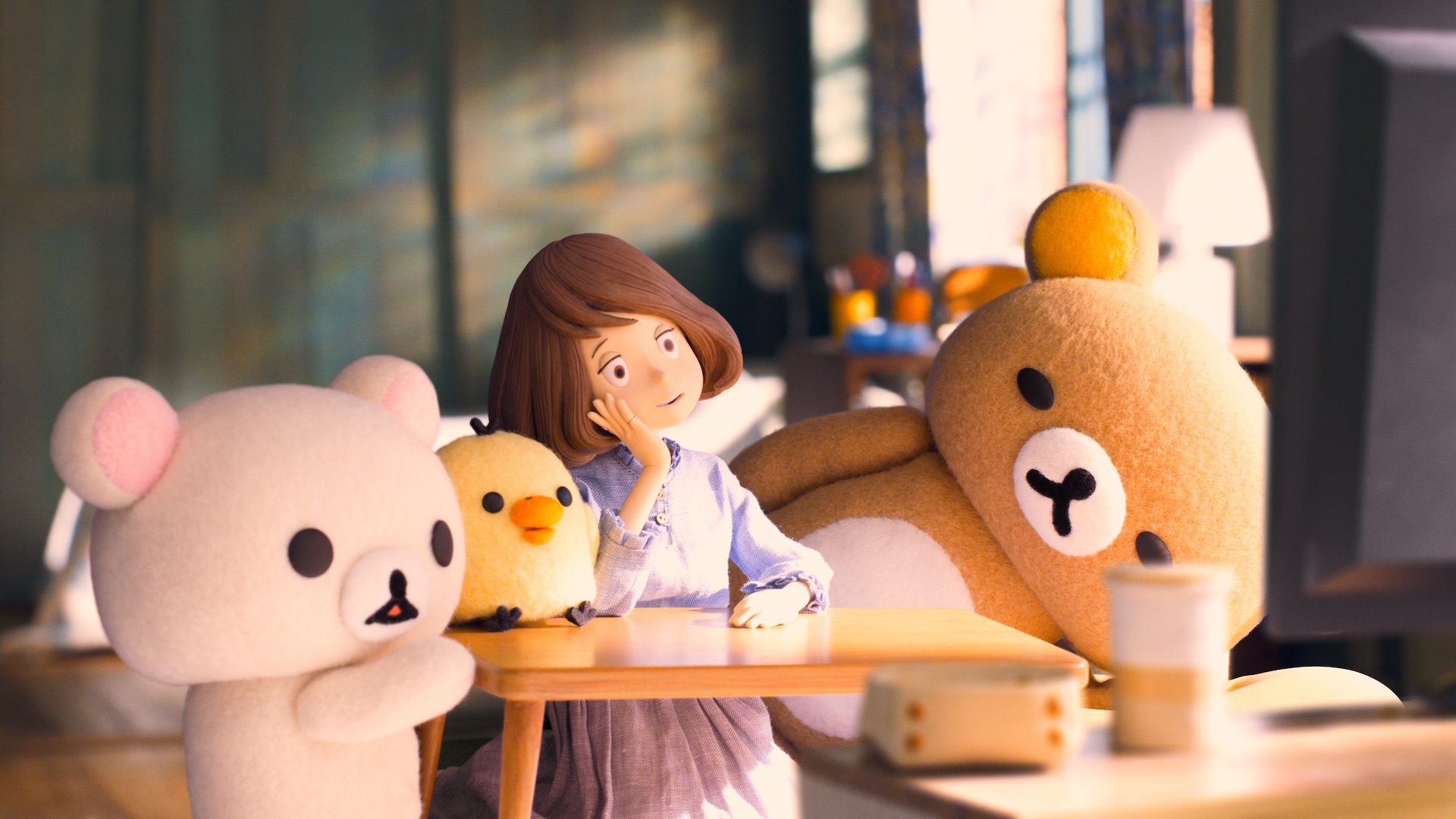 More anime need to do stop-motion, and what a better way to demonstrate that than with the popular character Rilakkuma! With a Rankin-Bass flare, the adorable Rilakkuma & his pals Korilakkuma and Kiiroitori are brought to life with such warmth. What viewers didn’t count on was the relatable nature of human character Kaoru, whose struggles in her daily life bring a reflection of what millennials are dealing with. Fortunately, her bear and bird pals are there to bring the right amount of love into her life when the time calls for it. Enjoyable for the whole family, Rilakkuma & Kaoru delivers a hearty and down-to-earth dose of goodness in every one of their 15-minute episodes.

Rilakkuma & Kaoru can be viewed on Netflix. 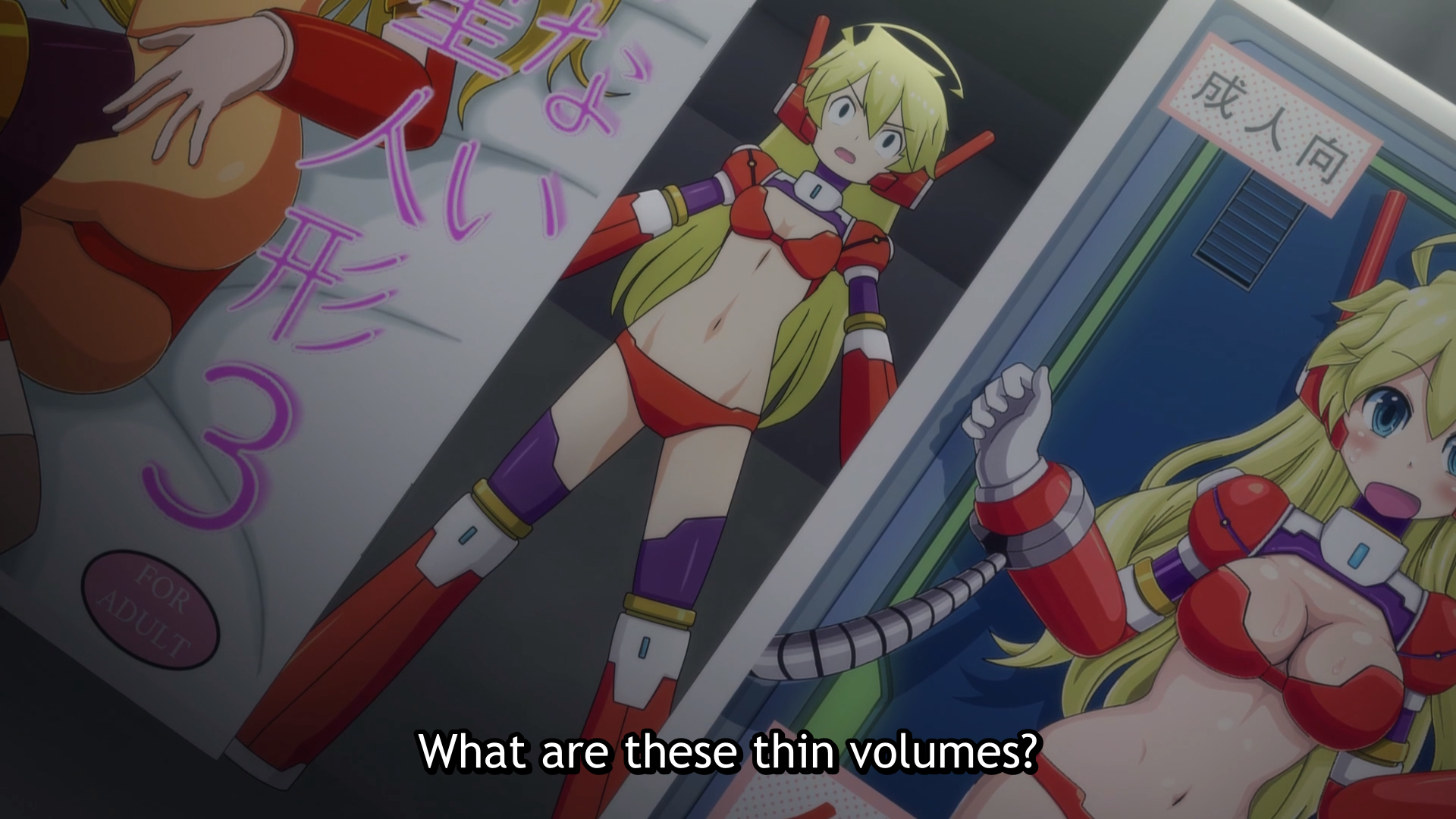 Yes, it’s Buzz Lightyear with boobs, but Amazing Stranger is more than that. The story of collector Haruto and the toy figure Nano that’s come to life is surprisingly heartfelt. How Nano deals with her new surroundings and relationship brings forth a great deal of sweetness and undeniable cutesy reactions. It also helps that Haruto is an unapologetic otaku, whose mannerisms and attitude are off-the-wall funny, especially when more living toys come to live under his roof. Amazing Stranger’s concept may be a bit kooky, but the end result is one that will leave you laughing with a warm feeling lasting throughout each of the episodes’ 11-minute runtime.

Amazing Stranger can be viewed on Crunchyroll and VRV. It has been licensed by Crunchyroll. 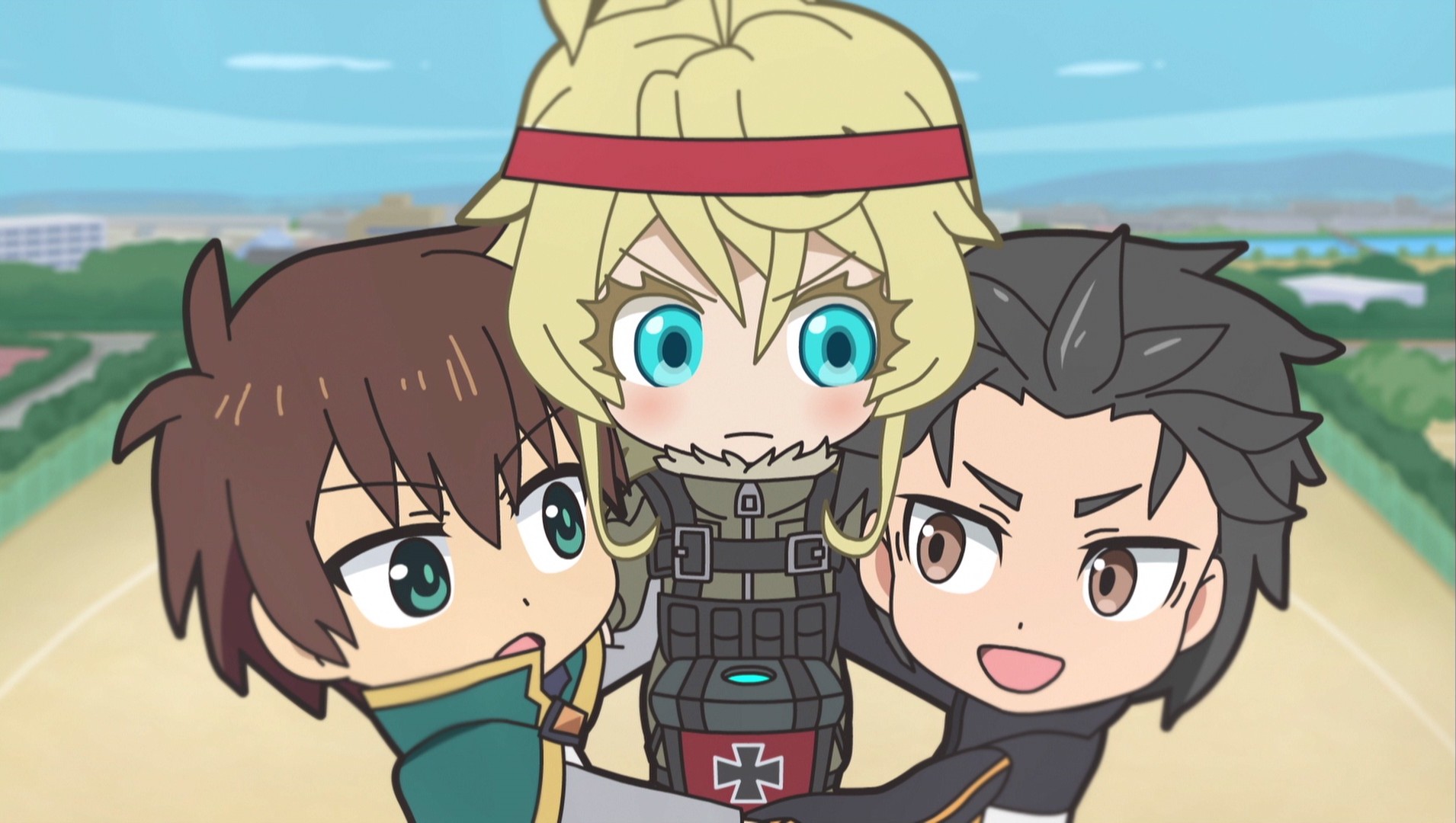 Move over, Marvel Cinematic Universe, for the ultimate crossover has arrived with Isekai Quartet! The casts of KonoSuba, Overlord, Re:Zero, and Saga of Tanya the Evil are cast into a school setting, where the greatest of shenanigans happen between everyone. Every joke, every interaction, and every scenario hits the right notes, with the likes of Kazuma, Ains, Tanya, and Subaru reacting to their new surroundings in the funniest of ways. With a second season in the cards, one would be curious to see who else will join these hilarious ranks next time around...

Isekai Quartet can be viewed on FunimationNOW, Crunchyroll, and VRV. It has been licensed by Funimation & Crunchyroll. 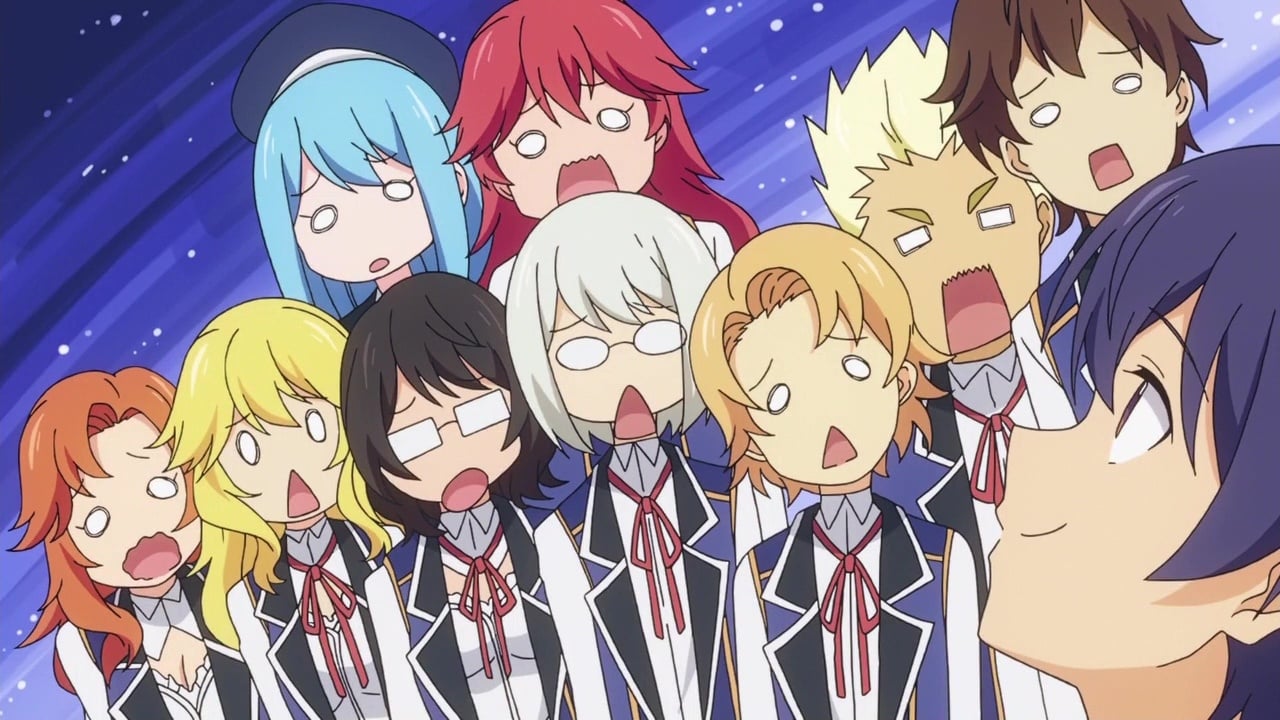 What troubles me about Wise Man’s Grandchild is that it started off on the right foot! An isekai involving Merlin raising a boy with all of his teachings could’ve been a beautiful tale about father/son bonding. Alas, they made protagonist Shin Wolford too much of a Gary Stu, and the focus on Merlin and the rest of his crew is replaced by a bunch of doe-eyed kids. Fortunately, the humor in Wise Man’s Grandchild is its saving grace, with certain characters practically breaking the forth wall to point out some of the more BS moments that are scattered throughout its narrative. It’s not a bad anime, but it doesn’t quite deserve being called good.

Wise Man’s Grandchild can be viewed on FunimationNOW, Crunchyroll, and VRV. It has been licensed by Funimation. 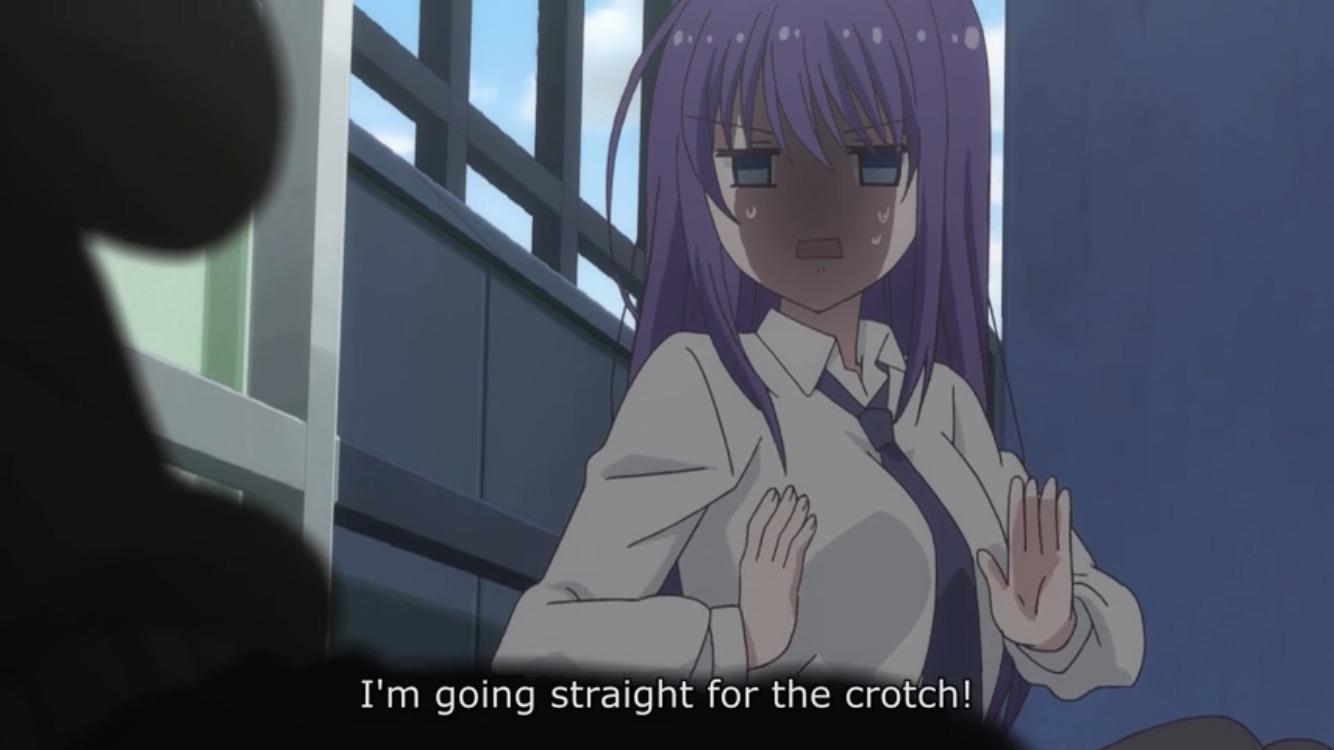 Ao-chan Can’t Study! can be viewed on HIDIVE and VRV. It has been licensed by Sentai Filmworks. 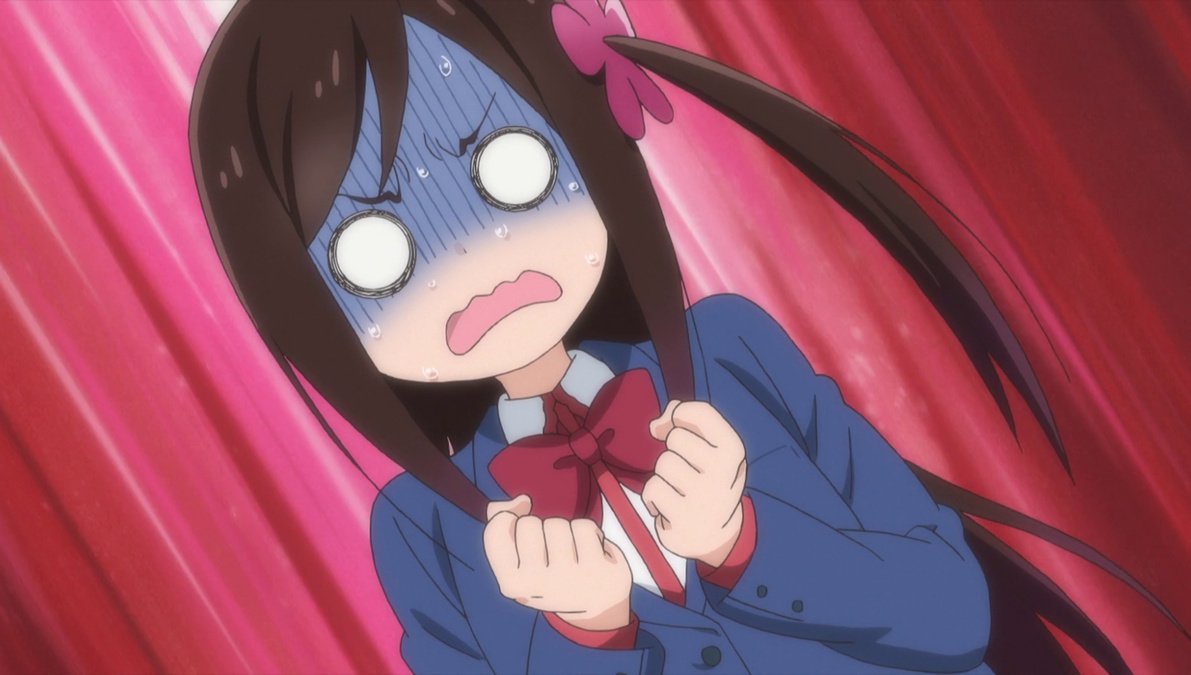 Maybe I’m being a little harsh, but the concept of Hitori Bocchi no Marumaru Seikatsu sounds just outright mean. Poor anxiety-riddled Hitori has only one friend, but said friend won’t be her pal anymore unless Hitori befriends every single one of her classmates in her new school. The anime can be very funny, especially when it paints a relatable picture of what having social anxiety is like. With that being said, it’s unfortunate that most of the show can be pretty forgettable when the focus is taken off of Hitori’s antics, with the rest of her new friends circle being a bit too one-note to remember. Hitori Bocchi no Marumaru Seikatsu is funny roughly 45% of the time, but it’s the uninteresting 55% of the series that makes it merely a show to run in one’s background.

Hitori Bocchi no Marumaru Seikatsu can be viewed on Crunchyroll and VRV. It has been licensed by Crunchyroll.

Why the Hell are You Here, Teacher?! 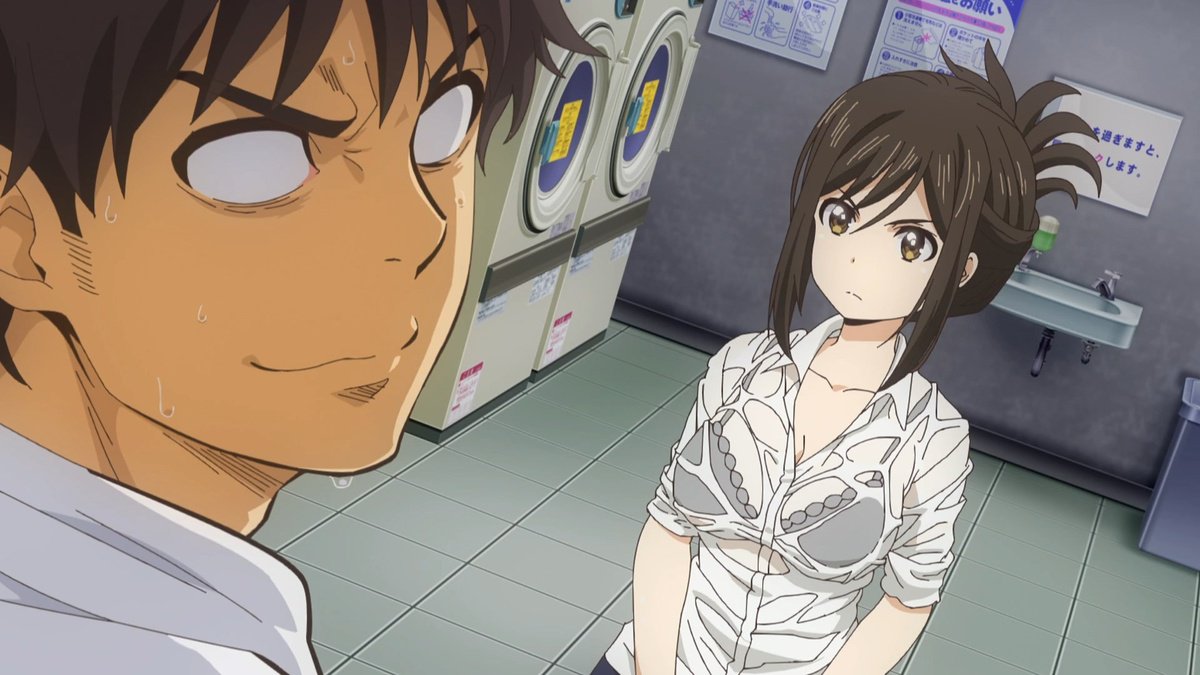 I fought hard to defend putting Why the Hell are You Here, Teacher?! on the Meh! list, but my dignity overtook my love for raunchy humor. Perhaps the big problem I have with this series is the fact that it’s basically the same joke being told over & over again. Student finds teacher in various promiscuous situations, teacher somehow start losing clothes, and the two somehow get closer to the point of dating. Lather, rinse, repeat. Even though I laughed like Beavis & Butt-head when watching Why the Hell are You Here, Teacher?!, it was often because of the wrong reasons.

Why the Hell are You Here, Teacher?! can be viewed on HIDIVE and VRV. It has been licensed by Sentai Filmworks. 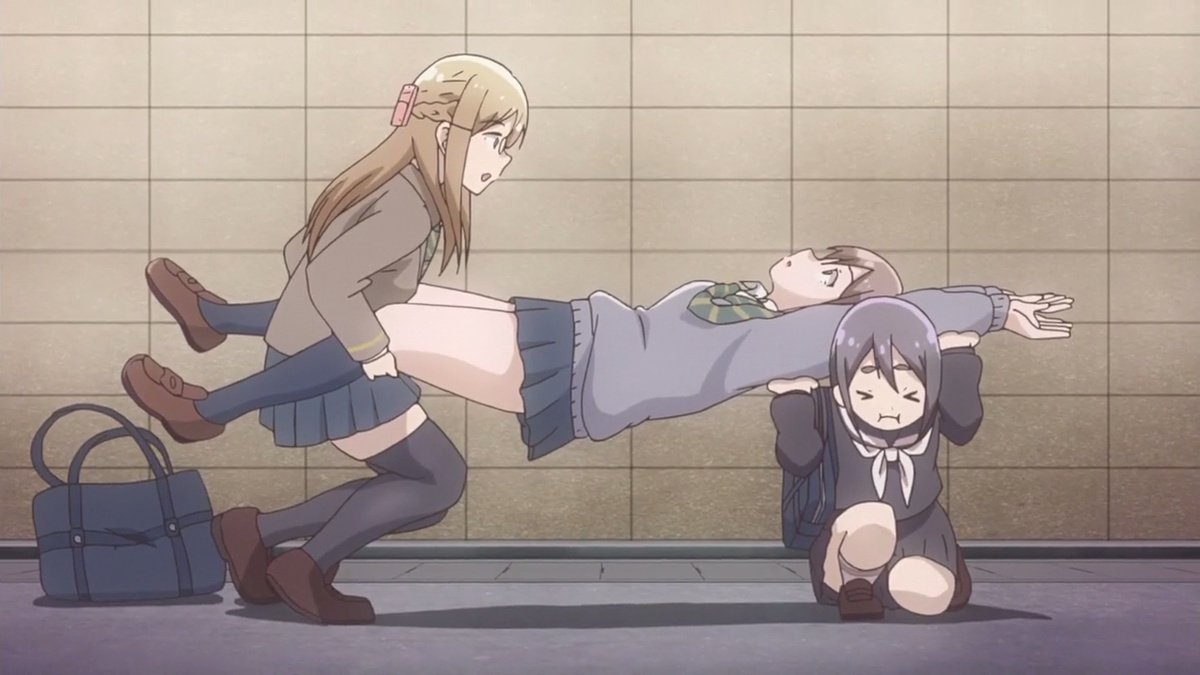 As a wordless anime about three friends doing random things, Joshi Kausei could’ve showcased some unique storytelling in each episode’s three-minute runtime. Instead, it’s just really dumb. Series like Nichijou and Asobi Asobase do a far better job with showing friends goofing off for the sake of having fun, so watch one of those instead of this dull blobby mess of a series.

Joshi Kausei can be viewed on Crunchyroll and VRV. 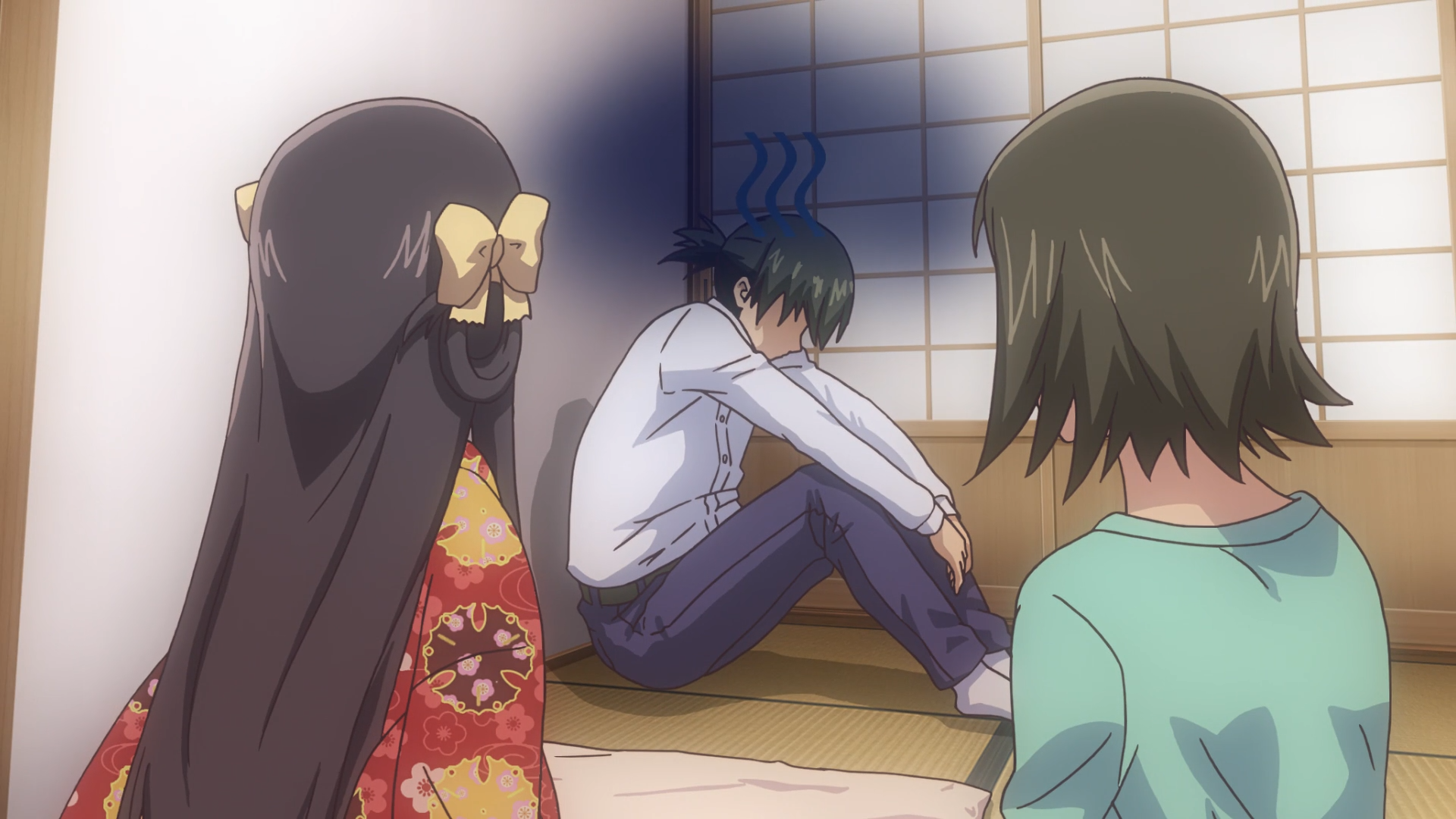 Imagine an itty-bitty taste of vomit that resides on your tongue after witnessing something so grotesque. Now picture that, and amplify it to the point where said taste never disappears. That’s the only way I can describe Nobunaga teacher’s young bride, a series where a descendant of Odo Nobunaga somehow brings about the spirit of the feudal lord of his lovers to the 21st century. What follows is a jailbait rom-com that’s more disgusting the more you look into it. Even with each episode clocking in at under seven minutes, Nobunaga teacher’s young bride demonstrates enough damage to make one utter under their breath, “Anime was a mistake.”

Nobunaga teacher’s young bride can be viewed on Crunchyroll and VRV.

Any that we missed or neglected? Comment below to share your thoughts on the Spring 2019 Anime Season!