HomeAnimeANIME REVIEW | Villainy At Its Finest in "Tanya the Evil"

ANIME REVIEW | Villainy At Its Finest in "Tanya the Evil" 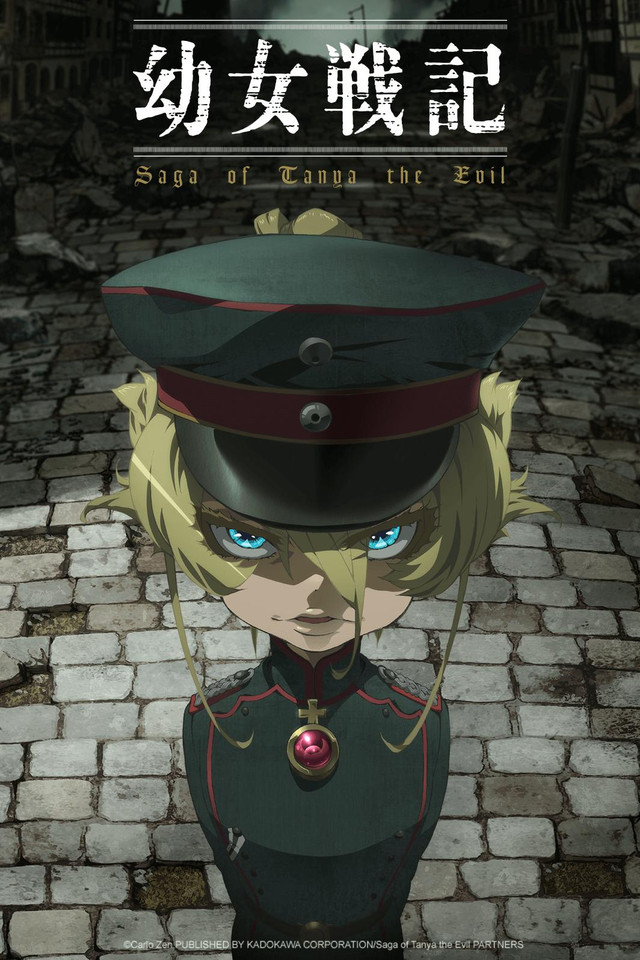 ANIME REVIEW | Villainy At Its Finest in "Tanya the Evil"

I'll be honest: I initially avoided Saga of Tanya the Evil when I first got wind of it. After all, the seemingly moéfication of a World War I German soldier screamed red flags all over the place. It was when a few of my fellow anime critics in my circle convinced me to actually sit down and attempt to not judge a book by its cover. Sure enough, not only has Saga of Tanya the Evil won me over, but its means of storytelling and quality of animation have impressed me to no end.

First, let's get this out of the way: Tanya von Degurechaff (Aoi Yuki/Monica Rial) is no ordinary European girl. For starters, she is a reincarnation of a cold-hearted atheist Japanese salaryman who gets pushed into an oncoming train by a man he just fired. A self-righteous entity known as Being X tells him that if she doesn't die a natural death or place faith in Him, she'll be sent to Hell for the crimes of her past life. Reborn in an alternate world, Tanya unlocks her mage powers, enlists in the army, and proceeds to use her skills and knowledge of 20th century wars to to move up the ranks into a steady desk position to spite Being X. 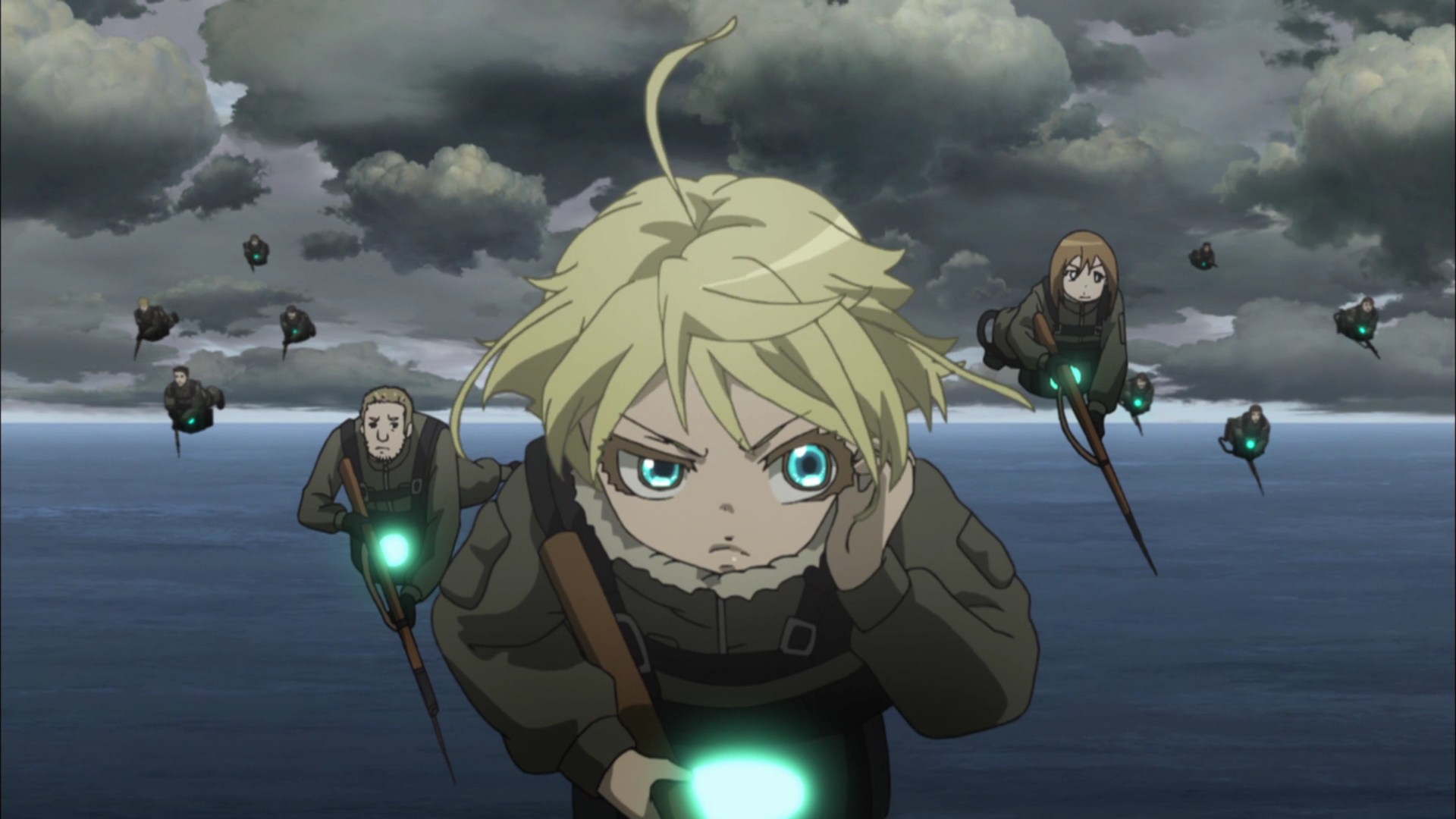 When you have a person like Tanya at the center of the show, it's hard not to raise an eyebrow here and there. This is a character that has been built to be an unlikable source of badness all the way through. And yet, the way the story is written (from an adaptation of Carlo Zen's original light-novel series) makes it nearly-impossible to dislike the character. Now don't get me wrong: Tanya is incredibly despicable right from the get-go. But because of her means of trying to rise above the ranks and seemingly being pushed back onto the battlefield, it just makes me wanna see how far the little girl will go before she inevitably tumbles toward a (hopefully) bullet-riddled death.

I think what helps Saga of Tanya the Evil shine are the people that surround the title character. The likable Viktoriya Serebryakov (Saori Hayami/Jeannie Tirando) stands by Tanya at every battle, believing that the young soldier is trying to do all she can end the war as soon as possible. It's quite possibly the closest thing to an actual friendship that Tanya has with Viktoriya, despite the fact that she can sometimes rub her the wrong way. Meanwhile Lieutenant Colonel Erich von Rerugen (Shinichiro Miki/J. Michael Tatum) knows what sort of person Tanya is, treating her like a power-hungry adult rather than some sweet kid who's been swept up into the war. 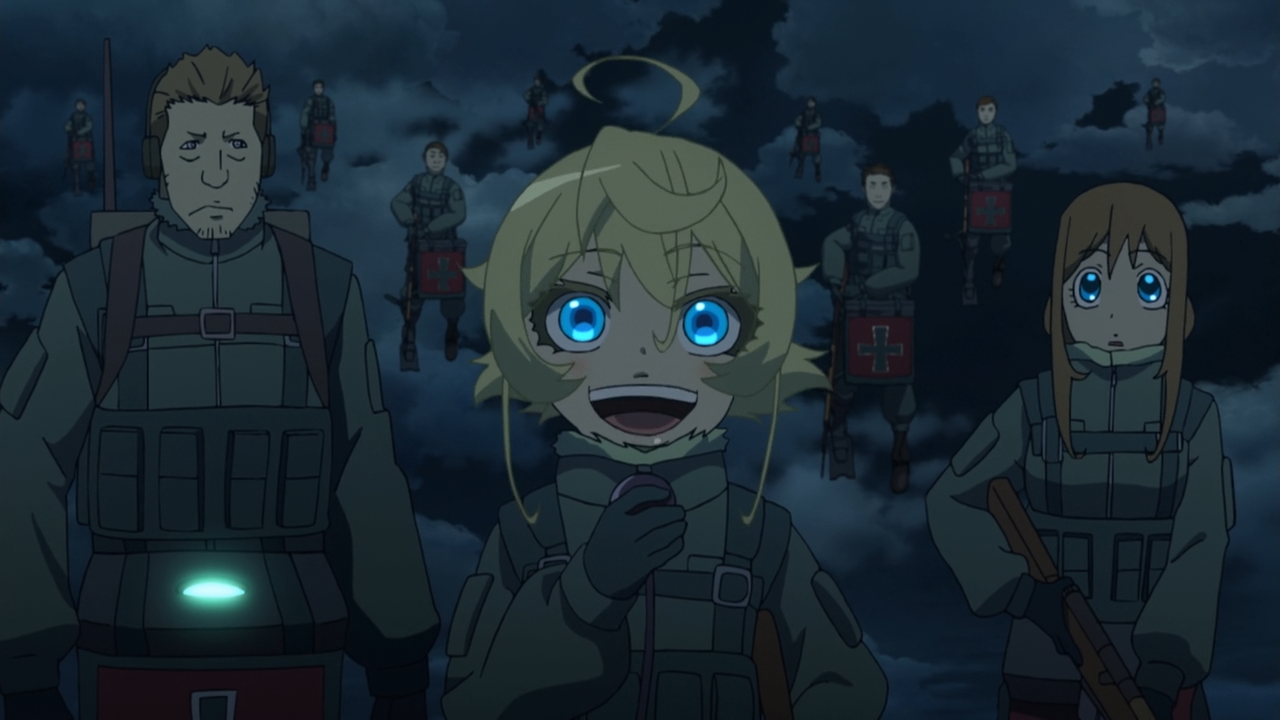 Perhaps the strongest moments of Saga of Tanya the Evil arrive in the war room scenes, where she and the leaders of the army are plotting their next attack. As Tanya has seen what went wrong with Germany's armies in both World Wars in her past life, she knows exactly how to fix those errors and keep history from repeating itself. How she calculates each plan of attack is often mesmerizing to witness. At the same time, it's also hilarious to see the much older generals being baffled by the knowledge of this seemingly ten year-old girl.

Regarding the aspect of magic in a war setting, it's hard to not think of last fall's Izetta: The Last Witch when looking for a comparison. However, where that series had just the title character and Sophie for their magic needs, a huge chunk of all the armies commands legions of mages that display jaw-dropping skills. Animated by newcomer Studio NuT and directed by Yutaka Uemara (Punch Line, The Mystic Archives of Dantalian), the battles are explosive, wonderfully detailed, and unapologetically violent. While a character model or two may be off at times, the expressions on the face of Tanya and rest of the cast often presents the prideful and (often) diabolical intentions of the characters. 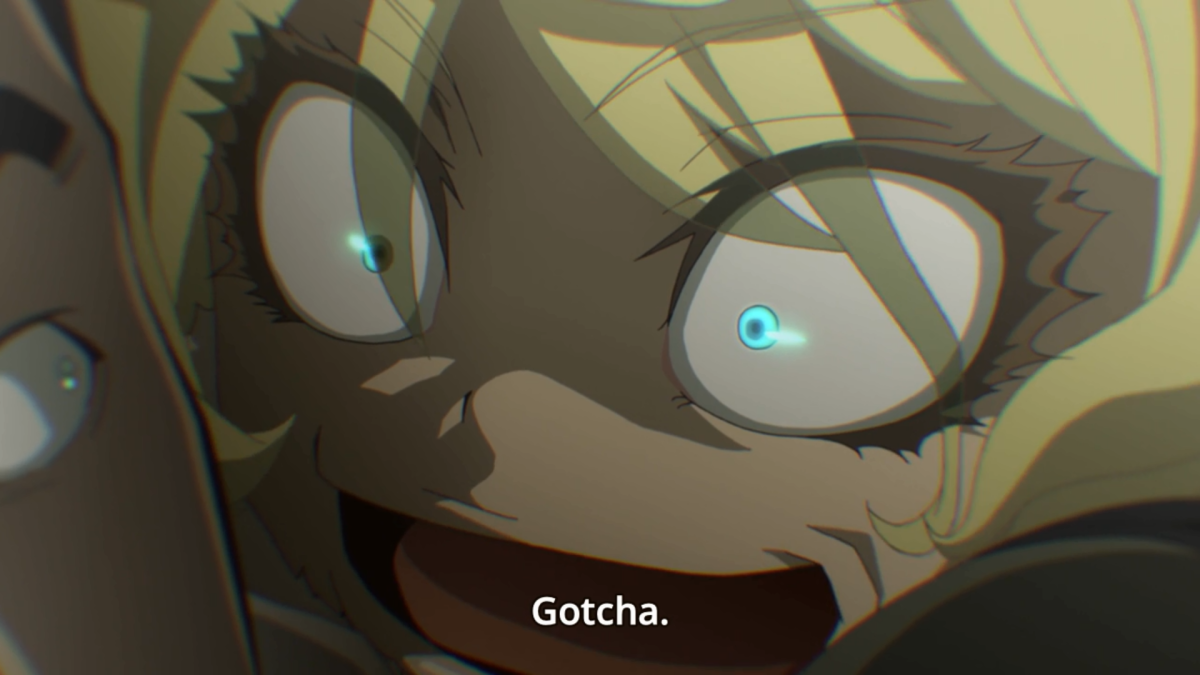 With the majority of the series being on Tanya's shoulders, there's a lot of pressure on the person to voice her. In the Japanese dub, Aoi Yuki is able to present a very sinister approach to Tanya, with her coldhearted outer shell sometimes giving way to a level of cutesy excitement. American voice actress Monica Rial has mastered the angry cute girl voice in comedies like Sgt. Frog and Shin-Chan. Here in Saga of Tanya the Evil, she cranks the sadist levels to their fullest, perfectly encapsulating the concept of a demon in a little girl's body.

Composer Shūji Katayama (Overlord) presents a score that captures the loud excitement of a war at full force. Even when you are not supposed to root for Tanya and her army, the feeling of tension the soundtrack brings makes you inescapably worry about the safety of the soldiers. Opening theme "JINGO JUNGLE" by MYTH&ROID is a monster of a dance number, with loud industrial dubstep beats meshing with female vocals that show off the same level of sadistic pleasure as the anime's main focus. Yuki performs the end theme "Los! Los! Los!" as Tanya, capturing the pride and determination of the reincarnated little soldier girl in all the right ways.

Saga of Tanya the Evil is not an anime for everyone, as the thought of a little European girl raising hell on the battlefield can be a little unsettling, even in animated form. However, it's the sinister nature of the show that makes it all the more enjoyable to watch. Blackadder said it best: "Bad guys have all the fun!" In the case of Saga of Tanya the Evil, I have to agree.

Saga of Tanya the Evil can be viewed on Crunchyroll & Funimation, and has been licensed by Funimation. Episodes 1-10 were observed for this review. Promotional consideration provided by Crunchyroll.