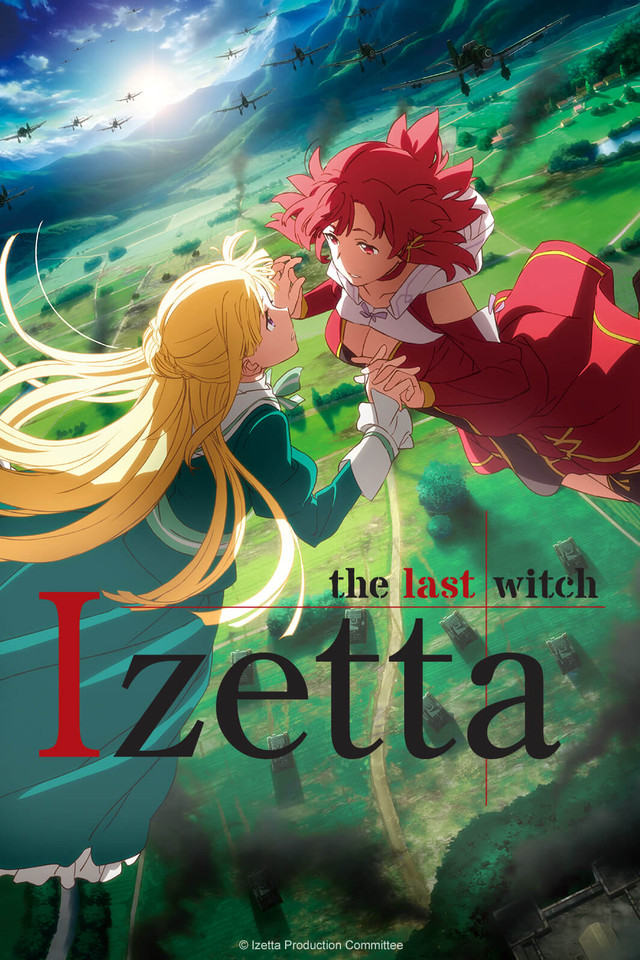 Doing an alternate history anime regarding World War II can be rather tricky. One wrong move, and what was to be an homage to the Greatest Generation suddenly turns into complete and utter schlock. It's why I was at first cautious with the original series Izetta: The Last Witch. After watching the first episode, I held my breath and hoped that the magical aspect wouldn't ruin the powerful message it was trying to make.

Not only did the magic not ruin the show, but it somehow drove home the mentality of hope and perseverance even further, with the importance of the relationship between the two main heroines at the center of it all.

Izetta: The Last Witch starts off right near the beginning of the Second World War. Princess Finé of Elystadt (Saori Hayami) finds herself captured by Germanian forces, taken onto a plane to be held prisoner. There, she finds a capsule that opens up, revealing a red-haired witch named Izetta (Himika Akaneya), who rescues the Princess and brings her back home safely. There, she swears to fight for Elystadt, telling Finé that she will use her powers to bring peace back from the clutches of Germania. 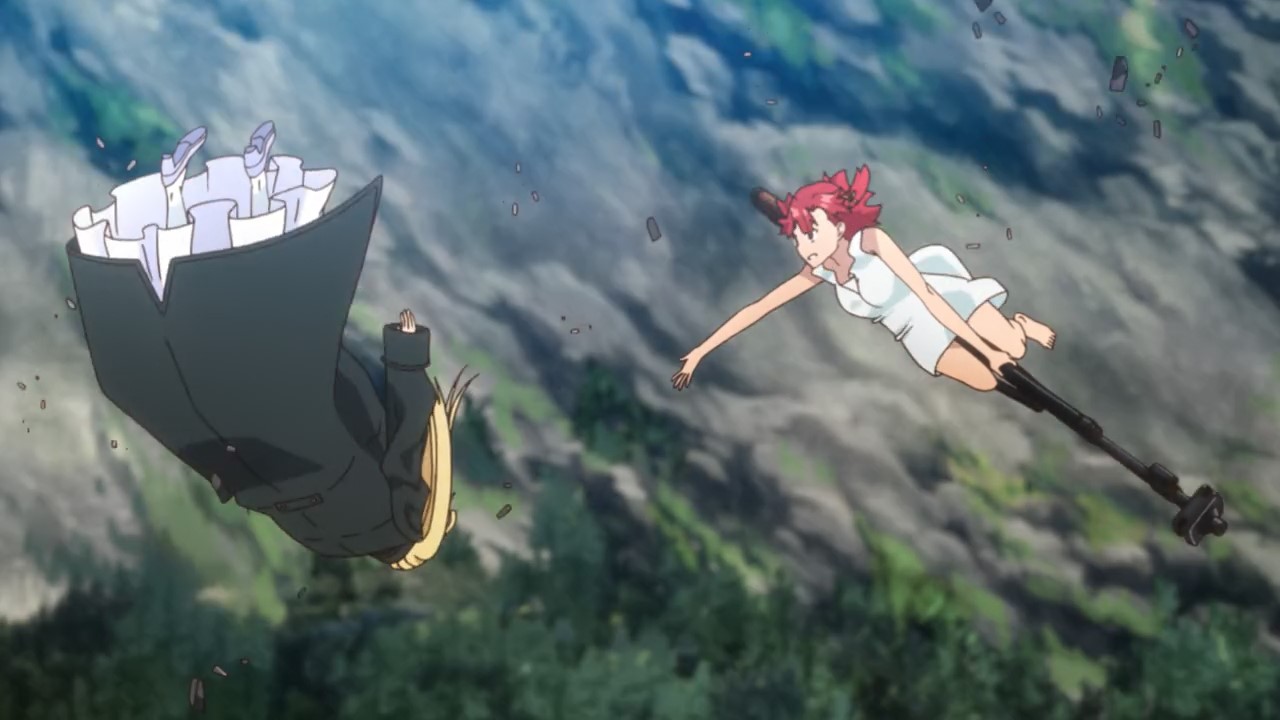 A lot of the focus on this anime is put on the relationship between Izetta and Finé. It's revealed early on that the two have known each other for years, with Finé actually protecting Izetta from angry townsfolk who wished to kill the kindhearted witch. This noble gesture is what seemingly causes Izetta to protect Finé and the rest of Elystadt, which also leads seemingly towards a bond far deeper than friendship between the two. This relationship's presentation may have opinions up in the air as to whether or not they can be considered lovers, but it's apparent that Finé and Izetta care deeply for one another.

Of course, this relationship isn't just about friendship; it's also a partnering up with the powers of magic and man-made destruction. When we see Izetta in flight while saving Finé, she is taking out enemies, missiles, and just about everything that the Germanian forces are throwing at her. With the aid of Elystadt's army, Izetta becomes the force the enemy shouldn't reckon with. But as in the actual Second World War, when an enemy is backed into a corner, that's when they can get truly frightening. 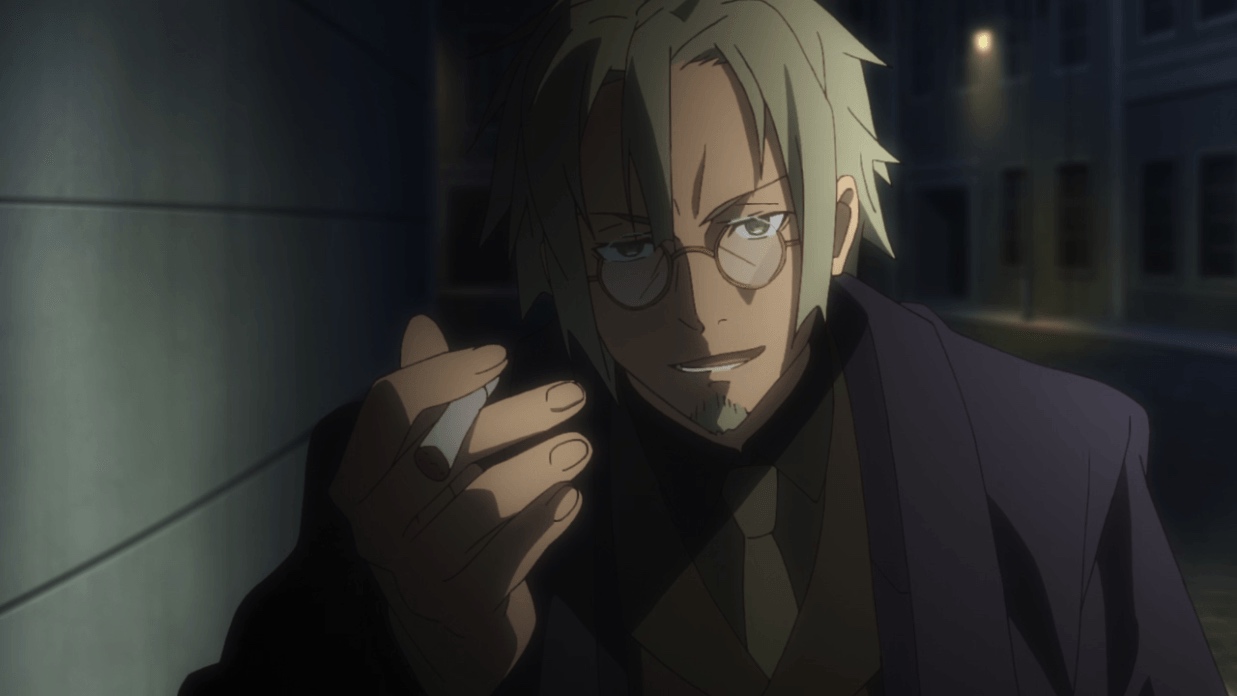 Soon, Germanian spies are sent to find out, with analyst Arnold Berkmann (Junichi Suwabe) seeking out the secret of Izetta. He returns with plans to revive the legend of Weisse Hexe (a folktale told throughout the anime) in the form of the clone Sophie (Sora Amamiya), leading towards a battle between the usage of light and dark magic. When the battles occur, the carnage both Izetta and Sophie cause is both impressive and scary. This puts some realism of the horrors of war that often is blanketed by the mystical aspect of fantasy anime like Izetta: The Last Witch, in a similar way that the original Grimm Fairy Tales told stories of magic with often gruesome conclusions.

It's why a show like this impressed me all throughout its run. Yes, there can be some argument about insensitivity of the real-life crimes and terrible deeds done in World War II by the Axis nations. With that being said, Izetta: The Last Witch does not sugarcoat anything about the terrors of battle, even with its fantastical elements. You see soldiers die painfully on both sides, and while Finé is trying to help win the war to help prevent future bombs fallen on the innocent, there's still blood on her hands due to her decisions. 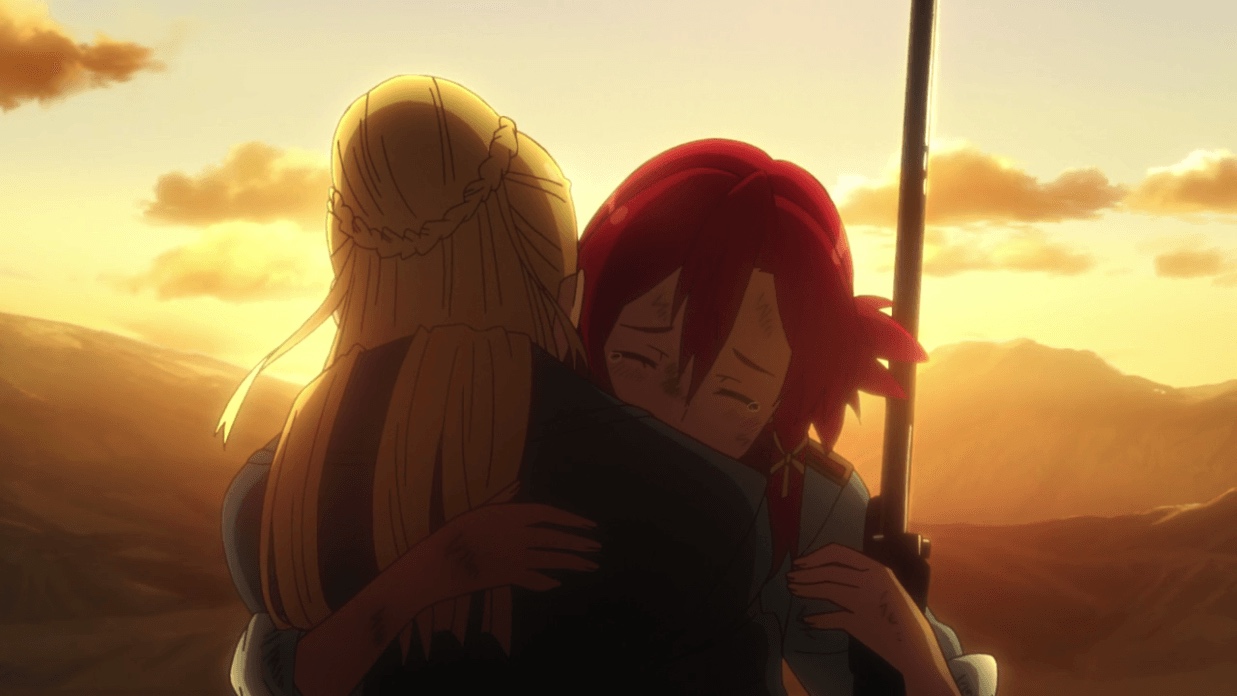 With a lot happening in this twelve-episode series, one can forgive writer Hiroyuki Yoshino (World Trigger, Guilty Crown) for having to shuffle back stories together in order to get to the so-called juicy parts of the actual story. However, we are told enough about these characters to know who is to be trusted, who to evade, and what their actions could lead towards in the long run. Even as the show reached the end of its run, there was no telling of what sort of outcome Izetta, Finé, and the country of Elystadt would face at the end. Fortunately, what we are given is not only quite satisfying, but it plays the ultimate what-if scenario of how the war could've ended sooner than it did.

I absolutely adored Akenaya's performance as Izetta, who presented the character in a way that made her feel like a classic anime heroine. With mannerisms like Megumi Hayashibara's female Ranma Saotome and determination like Sumi Shimamoto's Nausicaä, Izetta was a perfect balance of magical hero and relatable everywoman. Hayami's powerful Finé showcased the emotional toll that is placed on the shoulders of a ruler, while sneaking in a smile or two when in the presence of her cheerful friend. Suwabe's Berkmann brought to mind Christoph Waltz's Hans Landa in Inglourious Basterds, showcasing in his voice a level of cunningness and will to be on the winning side, no matter who flew the victory flag. 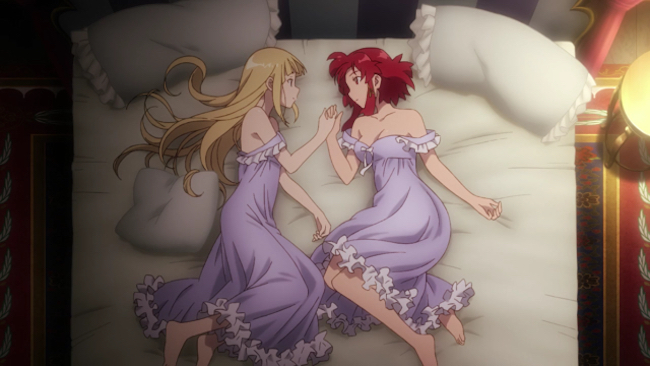 While not familiar with Aija-do Animation Works' past library (save for its DD Fist of the North Star), I am impressed with the level of beauty that was placed into Izetta: The Last Witch. The battle sequences were a joy to behold, with dogfights between Germanian planes and Izetta's flying anti-tank rifle presented in ways that made it more wondrous rather than absurd. Even the quieter moments showcasing the European landscapes and small towns in Elystadt had a realm of oil-painted detail that felt more like a work of art rather than a mere cartoon. The characters and costumes were both expressive and detailed to showcase a more classical craftsmanship, one that I'm sure future cosplayers will attempt to bring to life at conventions all across the world.

Newcomer Michiru's score sought out heavy influence from both John Williams and Hans Zimmer to bring about compositions worthy of a fiery battle. While lacking a certain individuality in its score, the powerful melodies and choir pieces produced by this anime newbie gives me hope that one day, they'll find their own personal touch and craft their own unique sound. Opening theme "Cross the Line" by Akino & bless4 thrusts a dose of adrenaline into the start of every show, with beautiful vocals backed by war drums and a powerful string section. On the polar opposite, May'n "Hikaru Aru Basho e" ends each episode on a heavily somber note, presenting what war can cost upon individuals and those close to them.

Izetta: The Last Witch may not be perfect, but its message of war and its grave consequences hits hard and heavy throughout each episode. A sort of adult fairy tale, in a similar vein that someone like Neil Gaiman would present, this anime showcases the right amount of balance between magical whimsy and post-battle consequences. It may not be the very best with presenting an alternate take of a world-changing war, but Izetta: The Last Witch deserves a lot of merit for adding a fantastical twist on such a harrowing period during humanity's lifetime and making it work the way it does.

Izetta: The Last Witch can be viewed on Crunchyroll and FUNimation, and has been licensed by FUNimation. Episodes 1-12 were observed for this review. Promotional consideration provided by Crunchyroll.

No Borders No Race's Holiday...