It's been a long time since Bloodstained was Kickstarted in 2015. Despite several delays and a troubled development cycle that saw the Wii U and Vita ports get dropped, the game is finally out. And I can tell you: it was worth the wait! Although one could argue that dropping those two platforms was for the best, as not every version of the game was made equal, and the Switch version has problems of its own. While they will eventually get fixed, the game is still a great experience no matter which version you play.

Bloodstained: Ritual of the Night is the brainchild of Koji Igarashi, the person behind the latter-day Castlevania titles, which the community has taken to call Metroidvanias (or Igavanias, since they tend to have their own spin on the genre apart from other Metroidvanias). Its story is set up much like Igarashi's other games, with this group of Alchemists summoning Demons to prove their relevancy after doing a series of human experimentation. Despite the group being stopped, one survivor of the experiments has gone mad, and summoned more demons. The only other one who can stop him is the other survivor, the Shardbinder Miriam. Shardbinders play a lot like Soma Cruz or Shanoa from either Castlevania: Aria and Dawn of Sorrow, or Order of Ecclesia. 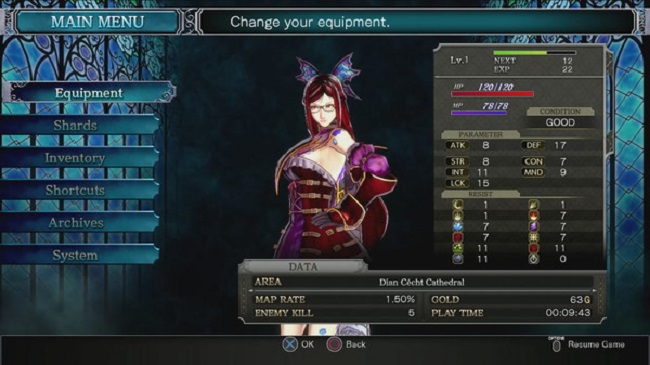 Miriam can also equip a series of weapons and armors, but the number of shards she can wield has increased by one, with Directional attacks in addition to the shooting shard slot. This one allows you to aim with the right stick. The stat-boosting shards also are passive now, and don't need to be equipped. But doing so will double up its effect. Familiars from Symphony of the Night also return in the form of the familiar shard slot. Other interesting game mechanics are the ability to change Miriam's appearance and the cooking system, where eating a food item for the first time will boost your stats permanently.

Bloodstained is really fun, and there's a lot of love put into it. There are many callbacks to Iga's other games, and oddities like inserting the Kickstarter backers as portraits, or their pets being present as enemies. Even Shovel Knight makes a few appearances. An old friend also shows up, albeit in a different, non-trademark conflicting form. If there were anything wrong with the game, it'd be that the PS4 and Switch versions have some issues. Loading is the most important issue on both, and significant visual and performance downgrades on the Switch, specifically. 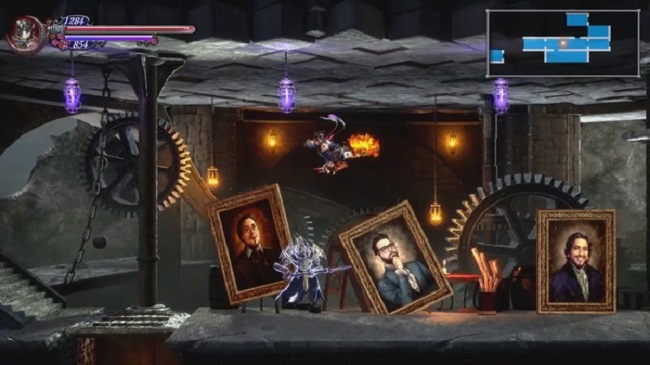 While these issues are being worked on, they really are just a small blemish on an otherwise fantastic game. If you are a fan of the genre, it'll satisfy that itch. But if you a new player, there is still a lot to like here. I highly recommend picking it up.

The Good: The game is overflowing with passion for not only the genre, but also the very franchise that inspired it.
The Bad: The Switch version has a few unfortunate compromises.
The Ugly: OD's attitude when you forget to return his books. 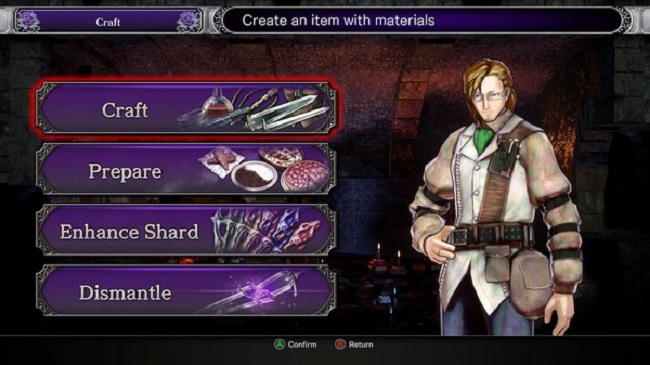 SUMMARY: Bloodstained is one Metroidvania that offers the culmination of what Iga and his team have put out to date.