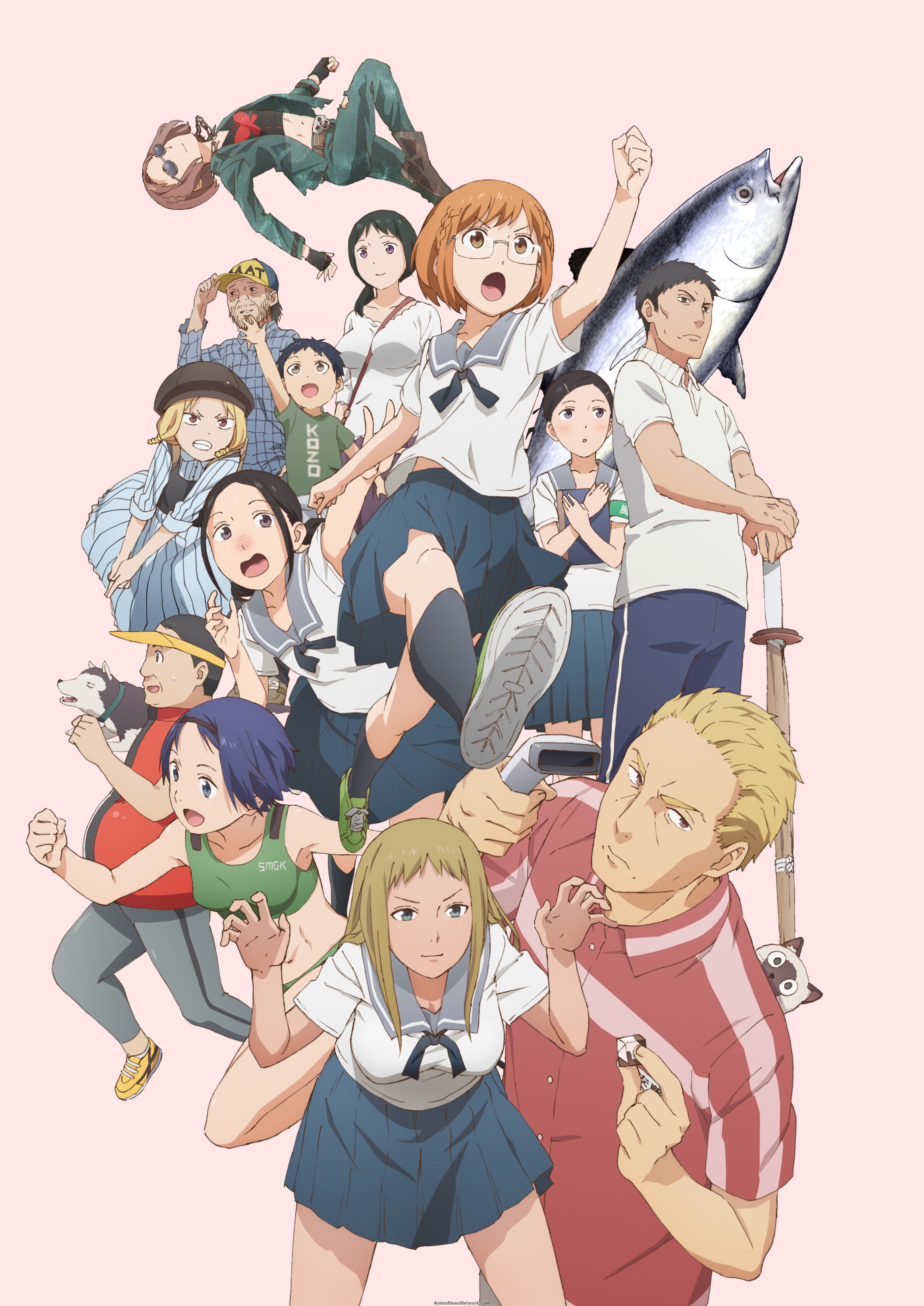 In the shortest of distances, a lot of strange things can happen. A simple walk towards your usual place can out of the blue result in something catastrophic or, at best, life-changing. These moments occur quite often with the character of Chio Miyamo (Naomi Ōzora/Mikaela Krantz), the titular star of Chio's School Road, as she experiences and witnesses the weirdest of things on her way to class. When it comes to how zany it gets, the level is forked at two different paths: the incredibly insane, and the somewhat dry.

There isn't much plot in Chio's School Road, other than witnessing what Chio goes through before the first bell rings. While there is a growth in her friendship with Manana (Chiaki Omigawa/Emily Fajado) and the popular girl Yuki (Kaede Hondo/Kristin Sutton), the way they may backstab one another plays a far bigger role than any of the hearty growing they experience. As such, the three friends -- especially Chio and Manana -- will see how far they can get into trouble without being caught in the act. And at times, these moments can be pretty funny. 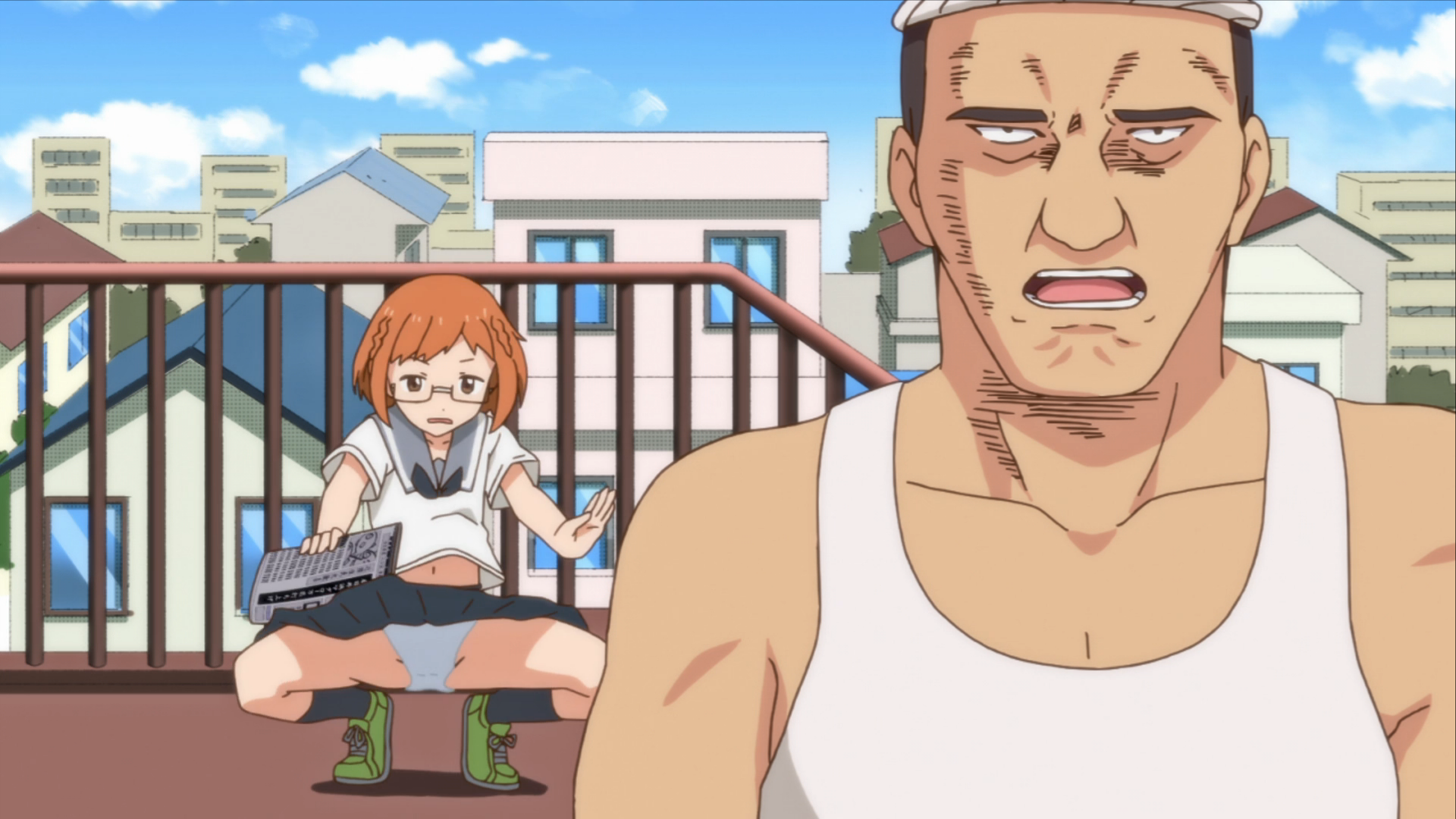 Watching as Chio parkours her way to school or pretending to smoke a cigarette found on the ground is often filled with childlike fun and imaginative moments. As such, these situations can play rather strongly on the comedic side of things, bringing together a high level of goofiness that can be on par with some old-school Looney Tunes cartoons. One of the best moments involves Chio accidentally taking out biker gang leader Mayuta (Rikiya Koyama/Marcus Stimac), dubbing herself hilariously a nickname that makes her seem more threatening than she really is.

With that being said, just about half of the jokes and plotlines don't make their landing. Bits involving Chio and Manana watching a love confession or aiding the now-retired Mayuta on his new jobs can't seem to get the punchline it was trying to reach. A big problem with some of these bits, especially the ones involving Chio and Manana becoming closer with Yuki, is that they aren't zany enough compared to the antics we've seen this summer in both Asobi Asobase and Grand Blue Dreaming. Because these two shows get their insane level of humor at the right temperature, Chio's School Road's contribution can be rather cold in correlation. 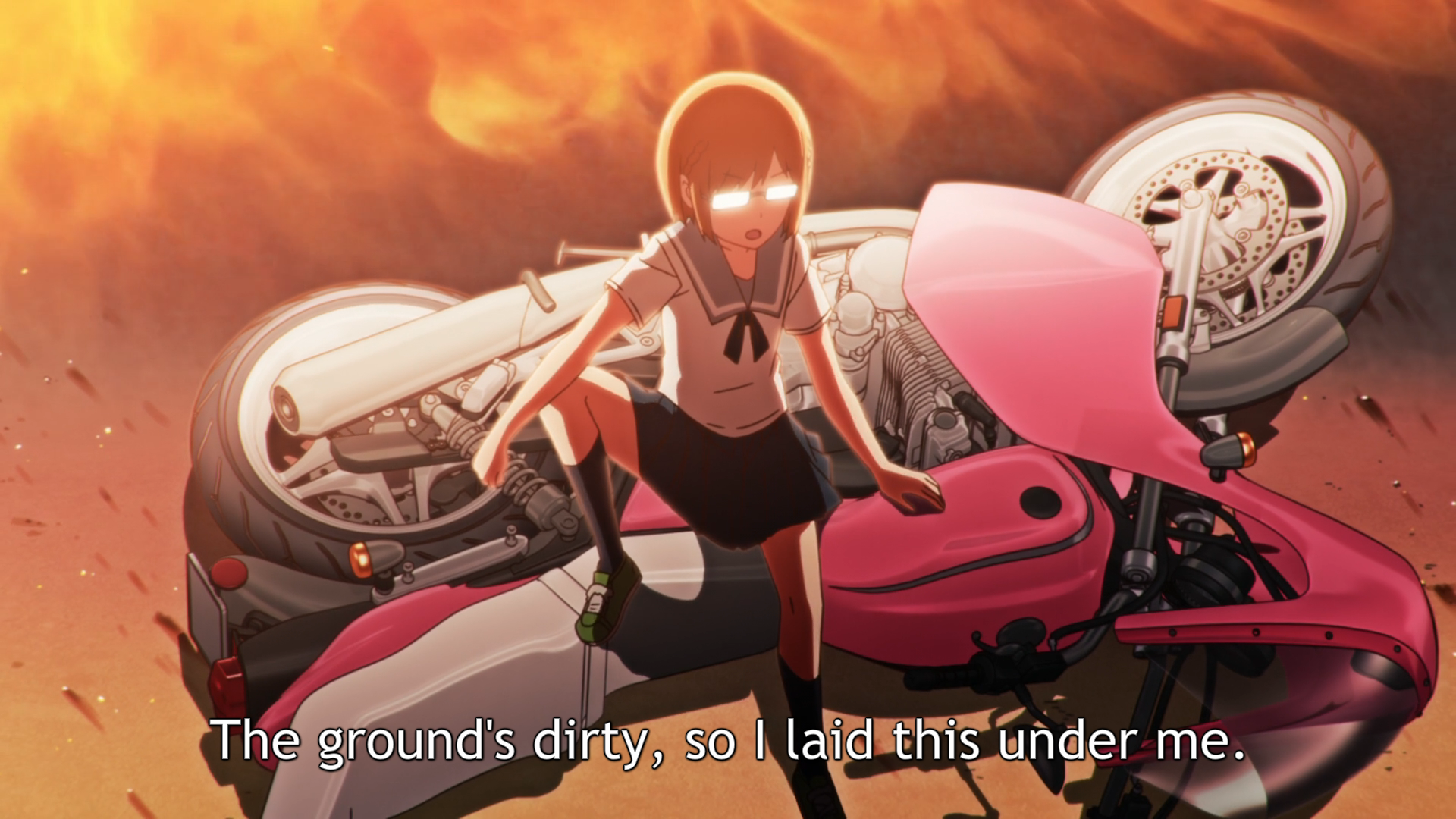 Mind you, it's not that this anime is bad. There's a good assortment of humor that works, especially when it involves the made-up game Kabaddi or butt-poking duels. (A visual gag in Episode 2 has Chio being called a certain c-word online by an American player, giving proof that you can say any English curse word in Japan with very little issue!) The silliest of situations involves Chio and Manana proving their friendship to one of their fellow students, resulting in one of the kookiest song-and-dance routines in animation this year!

However, compared to the other comedies this summer, Chio's School Road is holding back from going for the bigger joke. Perhaps it's attempting to not reach mean-spirited levels, but it can't seem to grasp the comedic brass ring and earn the big laughs it desperately wants. Although the fun gags outweigh the dull ones, they do so just by a hair because it refuses to throw that knockout punch in the end. As a result, the show doesn't come off as one that I'll remember in years to come. 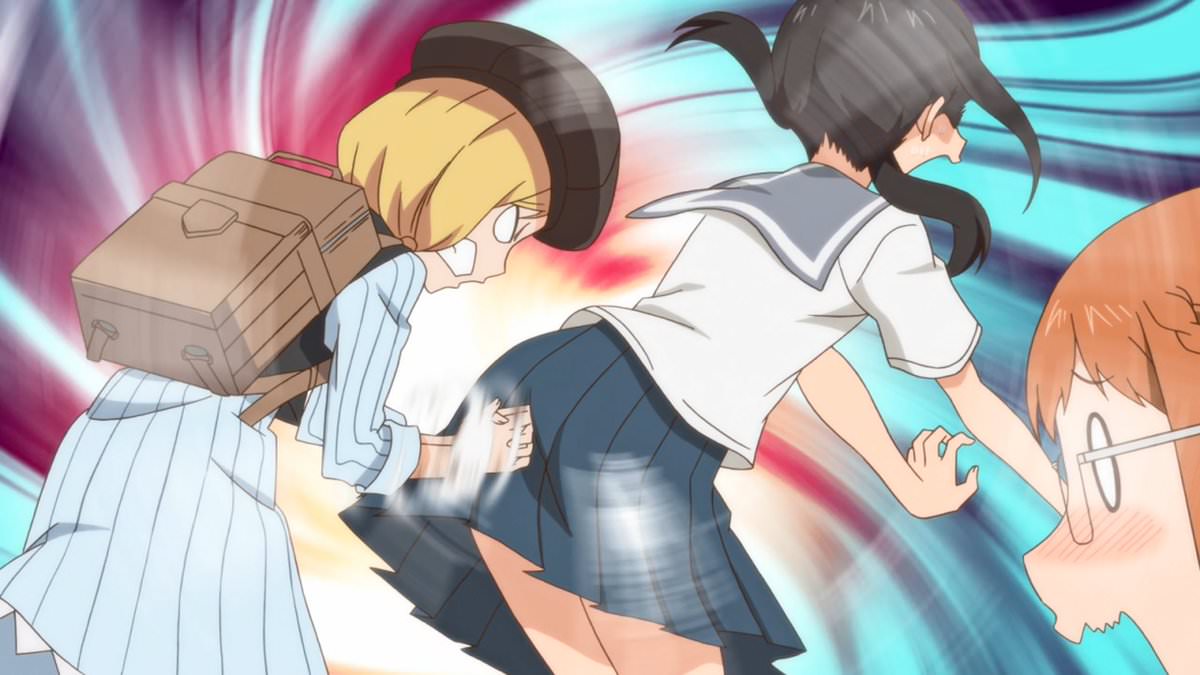 Animation-wise, Diomedéa (My Girlfriend is Shobitch, Squid Girl) can be hit-or-miss with its quality. When going for a great visual gag, it puts so much detail in the characters' actions and reactions. However, when things have seemingly calmed down, the people and the worlds around them seem a little flat. It's not terrible to look at, but it's not the same level of craftsmanship we're getting from the likes of Harukana Receive or How NOT To Summon A Demon Lord this season.

Both Ōzora and Omigawa as Chio and Manana are wonderful to boot in the Japanese dub, as they're brimming with childlike essence and goofy mannerisms. However, the same cannot be said about Krantz and Fajardo in the English version, as they seemingly lack the energy and personality of the original version. While Ōzora gets the age mentality right with Chio, Krantz comes off as sounding way older than the character she's playing. The same can be said about Fajardo's Manana, who comes off a tad too bland compared to the cutesy attitude that Omigawa brings to her interpretation.

There's something about Chio's School Road that keeps it from going full-blown crazy. In retrospect, the series may have been better off if it's runtime was halved (something Diomedéa smartly did with last year's AHO-GIRL), which would've axed some of the drier aspects of each story's overall plot. Still, there's enough good jokes to make it worth watching, but not quite enough to make it shine as bright as many of this summer's comedies. Consider Chio's School Road a decent romp, but don't expect its path to bring you towards the greatest laughs of the summer.

Chio's School Road can be viewed on Crunchyroll, FunimationNOW, and VRV. Episodes 1-12 were observed for this review. Promotional consideration provided by VRV.