HomeAnimeANIME REVIEW | Life Is A "Shobitch" In Raunchy, Pun-Filled Comedy

ANIME REVIEW | Life Is A "Shobitch" In Raunchy, Pun-Filled Comedy 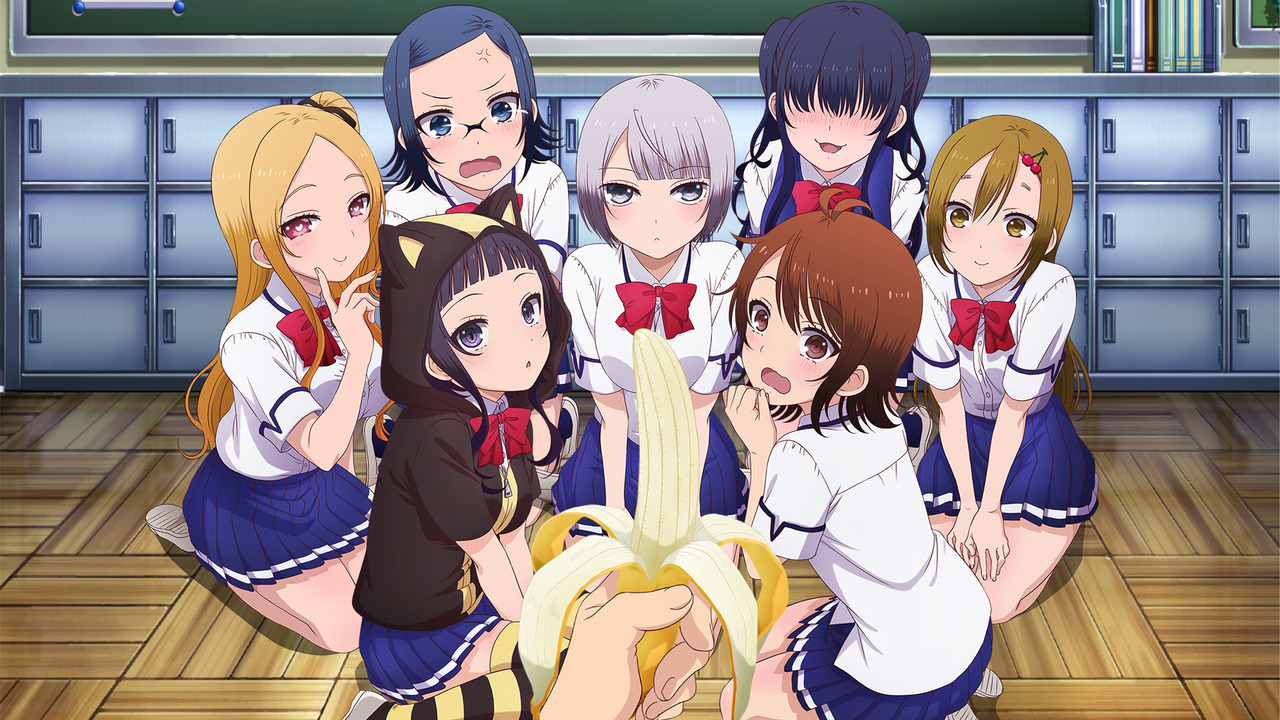 ANIME REVIEW | Life Is A "Shobitch" In Raunchy, Pun-Filled Comedy

Based on the manga by Namiru Matsumoto, My Girlfriend is Shobitch puts its focus on the shy gentle student Haruka Shinozaki (Mitsuhiro Ichiki), who has been in love Akiho Kōsaka (Yuki Aoi) since the beginning of high school. After manning up and confessing his feelings, Haruka finds himself shocked when Akiho agrees to be his girlfriend. However he quickly realizes that the girl of his dreams has one of the dirtiest minds imaginable, with her viewpoints on love filled to the brim with the most NC-17 of things. Of course Haruka has his fantasies just as any normal guy does, but keeps those dreams to himself rather than out in the open like Akiho (and quite possibly the rest of the school). 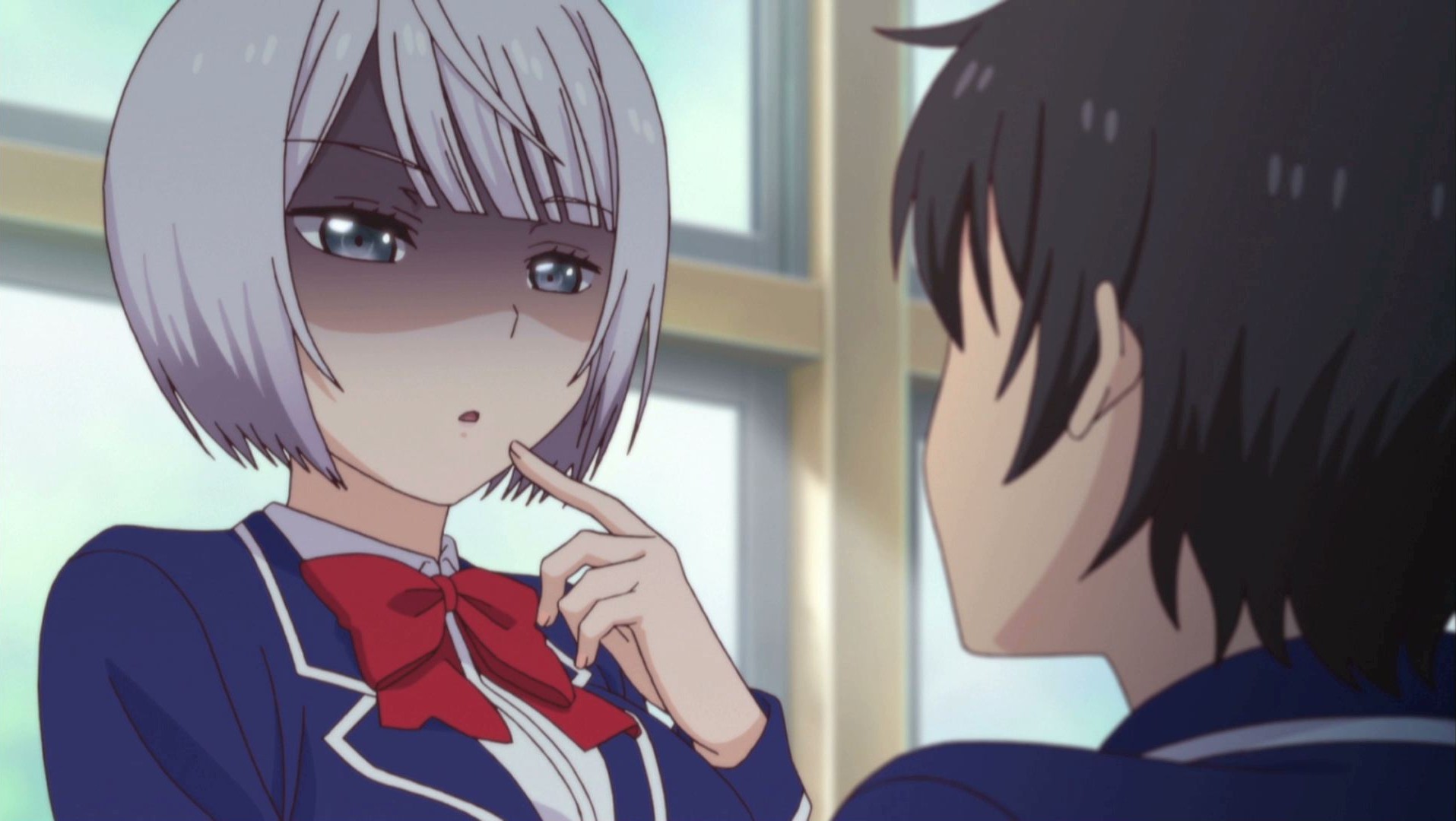 When Akiho tries to bring the relationship to the next level, not only does she skyrocket to the most kinkiest thing imaginable, but it causes poor Haruka to have to commence a sit-down with his clueless girlfriend. However this sometimes makes things far worse than imaginable, with the level of double entendres and naughty movements leading towards a certain level of public humiliation that psychologists live off of. Just when you think things couldn't get even more awkward, you meet Akiho's mother (Ayasa Itō), who winds up being ten times worse than her doting daughter, and may in fact be the reason why she is clueless in the ways of love.

My Girlfriend is Shobitch throws a lot of sex humor its way at its viewers like a batting cage's ball tosser. At times it's reminiscent with the pun-filled Setokai Yakuindomo, mixed together with the first-timer series Yamada's First Time and the more raunchier elements of SHIMONETA. Unlike those shows, the jokes that work outrank the ones that fall flat, thanks in part to the straight man/stooge bantering that occurs between Haruka and his friends. This in turn has him dealing with more sexual misunderstandings in one day than a normal person does an entire lifetime, resulting in either a naughty realization from a friend or a visualization that you won't see coming. Because of this, the sex humor has a more point-and-laugh-at delivery than ones that can be relatable, meaning you won't find yourself squirming in your seat uncomfortably throughout the entirety of an episode. 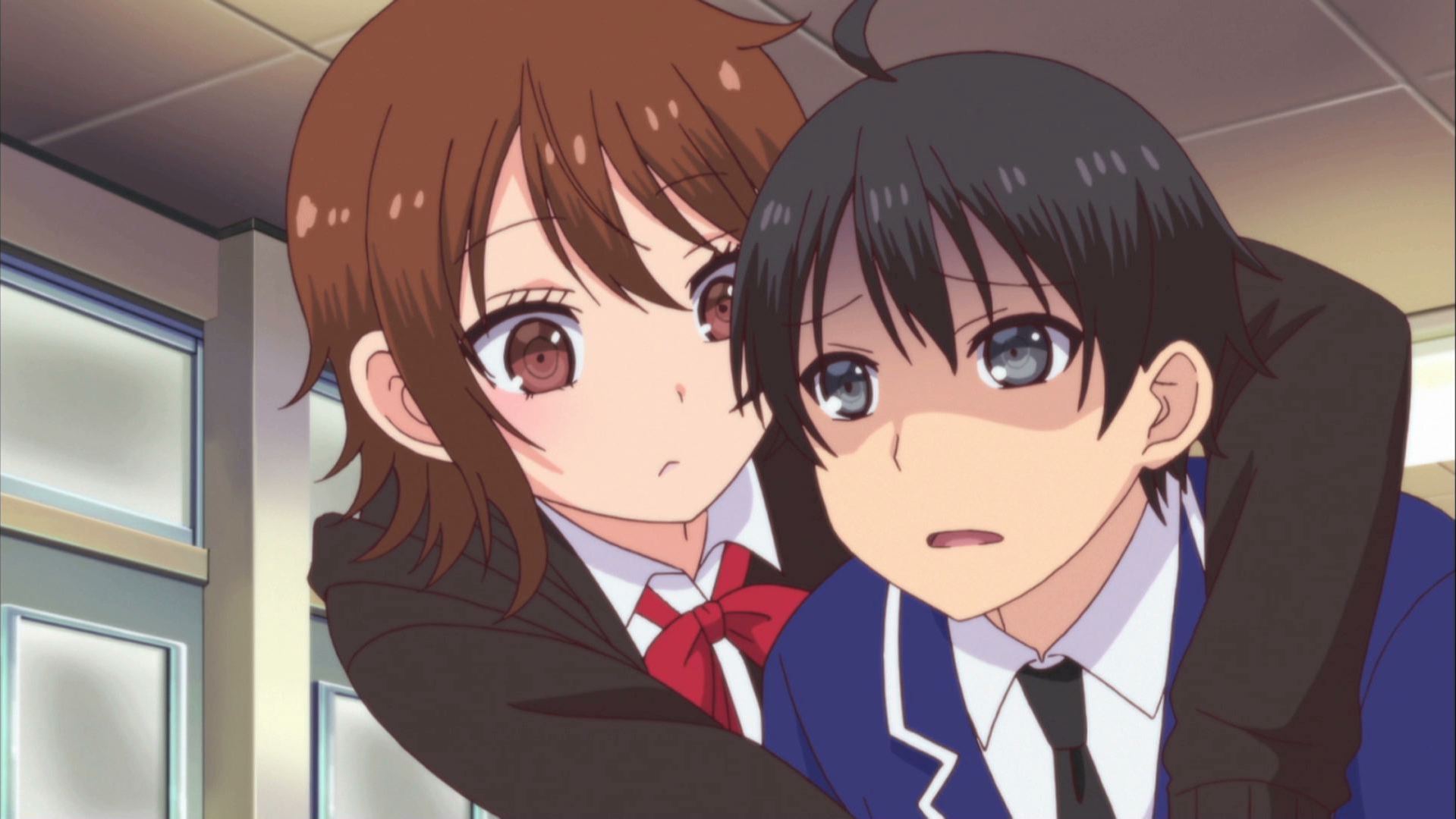 Perhaps what helps this anime push the comedic levels is the supporting cast. Haruka's sister Kanata (Yuki Yagi) has feline tendencies that make others think the two of them are having an Oreimo-like relationship with one another. Childhood friend Shizuka (Larissa Takeda) is more playful than serious when it comes to her advances, although things get awkward when she starts to have legit feelings for our male protagonist. Class president Saori (Juri Nagatsuma) is the prude in the group, which makes it funnier when she finds herself in promiscuous situations such as being stuck in a locker with a fellow student or accidentally tucking her skirt in her panties for all the school to see. Of course you have to throw in something for the fujoshi crowd, which comes in the form of Seiya (Arthur Lounsbery), who brings enough gay innuendos between him and Haruka that'll satisfy the female viewers' yaoi quota.

A lot of the jokes in My Girlfriend is Shobitch are hard to explain in writing, as it would ruin them if I even attempted to do so. Let's just say that if you enjoy the works of Seth Rogen, the American cartoon Archer, or even the comedic stylings of Nick Kroll, you'll definitely find yourself laughing at a good chunk of the show. What keeps everything at bay is the fact that the mentality of these high schoolers who speak of sex and the like have the street smarts of a gaggle of introverts. In laymen's terms: they're really just morons. This in turn elevates the misunderstandings into something bigger, unleashing a great punchline that's been waiting in the chamber right at the end. 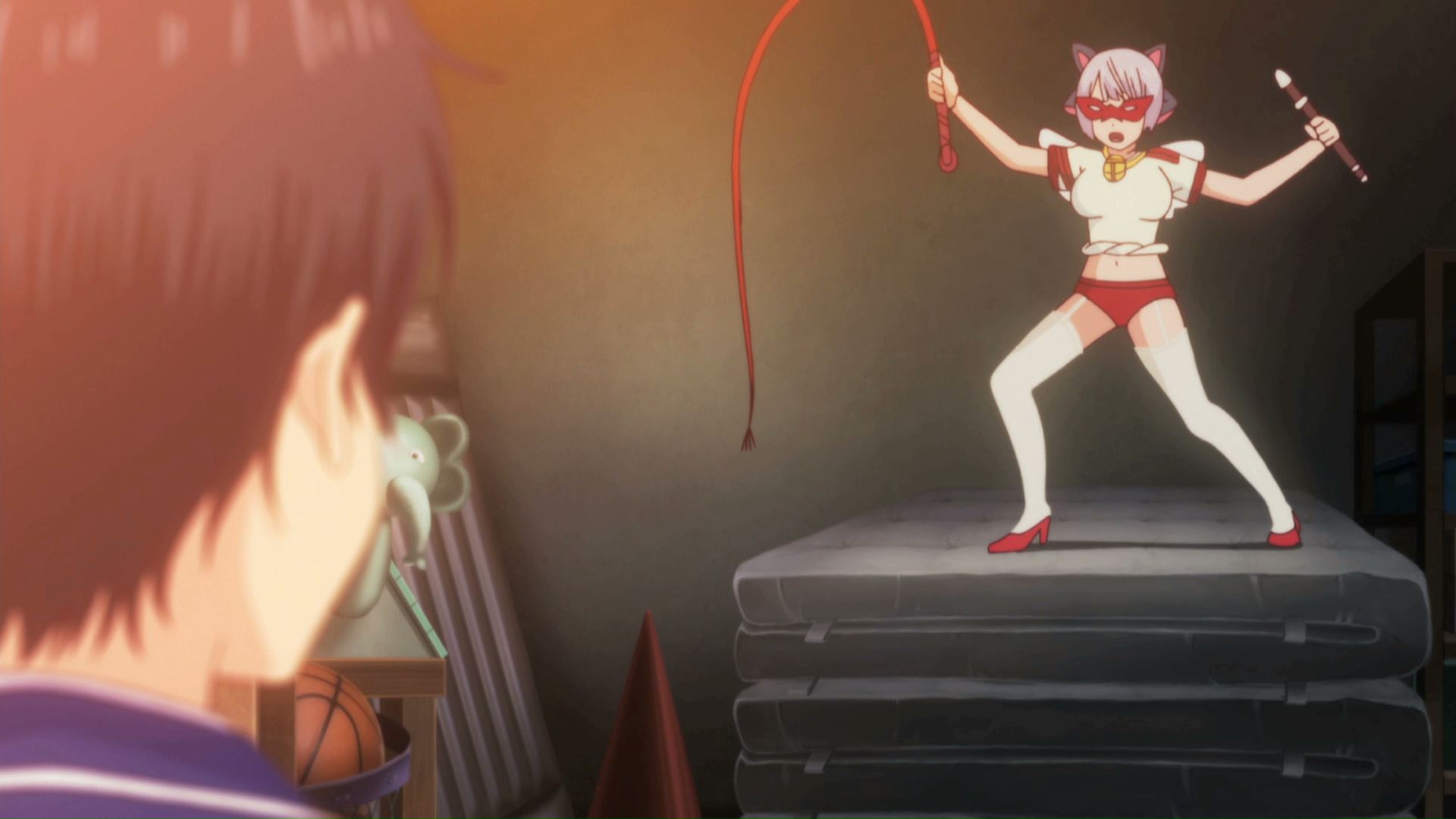 It's all thanks to the voice cast that these jokes & gags are pulled off so well. Never one to be type-casted, Aoi plays Ahiko with the right amount of innocence and pervertedness that pushes a sex joke even further. Ichiki takes the role of Haruka to a relatable level, bringing both reason and teenage awkwardness into his performance. Surprisingly it's Itō's performances of Ahiko's mother that steals the spotlight each time she appears, balancing a performance that goes from endearing to full-blown perverted in a matter of seconds.

Diomedéa helms the animation aspect of My Girlfriend is Shobitch, which does a great job when it comes to sight gags and some of the more physical humor moments. However when things are calm I can't help but notice various lazy shortcuts that make it almost impossible to not squint with confusion. It's a tad better than it was in AHO-GIRL, but doesn't reach the same level in quality we saw this winter in Fuuka. Nevertheless, when it calls for it the animation can be great, especially when you see Akiho and Haruka get into steamy, snicker-inducing situations. (A great visual gag involving Haruka, Kanata, and milk in a later episode will make your eyes pop out, as it reaches hentai levels of hilarity.) 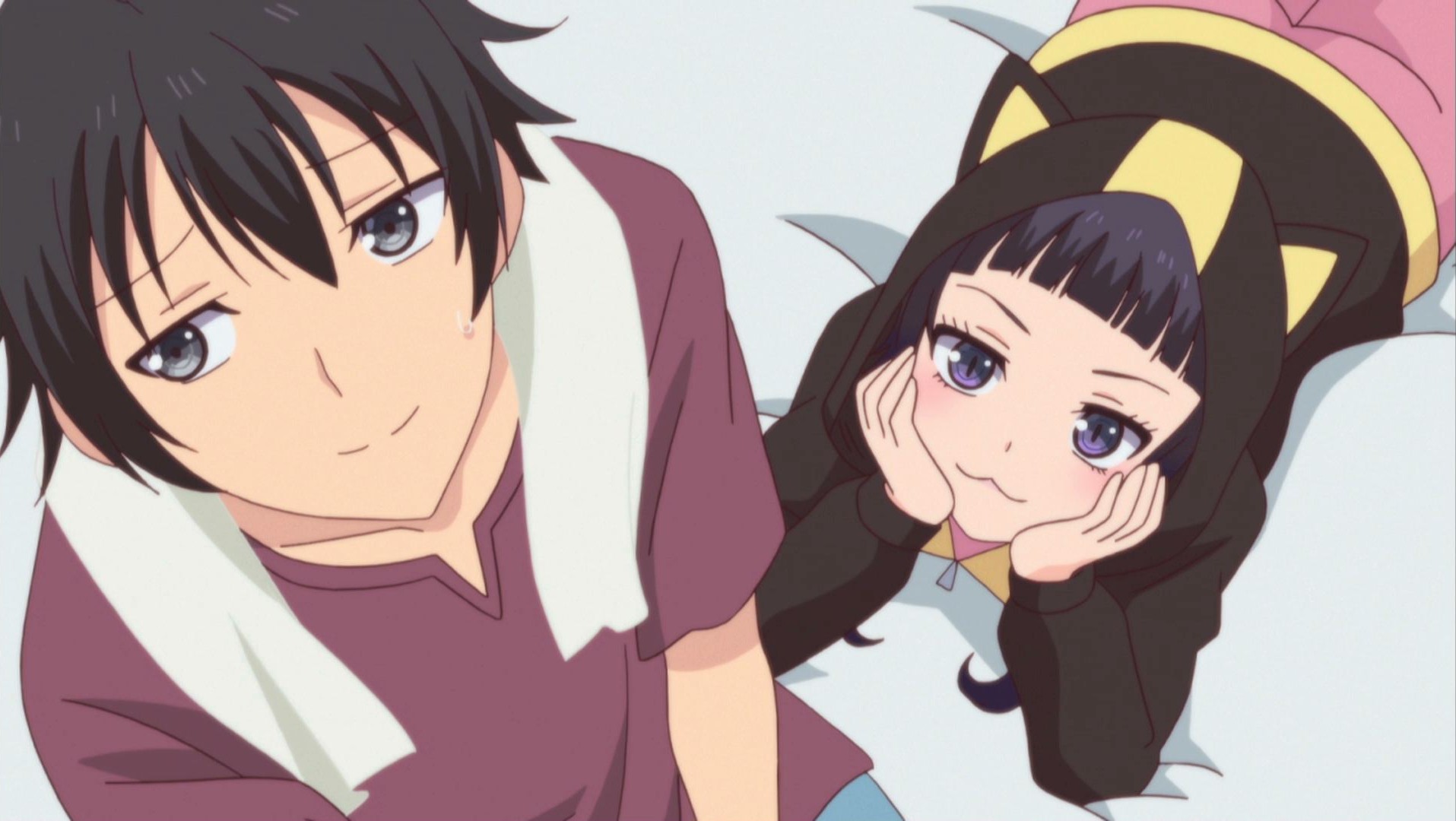 Shinsuke Takiazawa presents a soundtrack that does a good job with some of the more raunchier scenes, but very rarely does it reach a level that makes it memorable. Performed by Aoi, opening theme "Eien Labyrinth" is a lovely piano tune that meshes together with the confusions of love and lust via her vocals. New idol group Pua:re is given the end theme duties with "Ai no Himitsu," and while their vocals are good I can't say the same for the composition in general. Perhaps next time they hire a group with more experience rather than a unit right out the gate.

Those who enjoy puns, double entendres, and sexy misunderstandings will find plenty to enjoy in My Girlfriend is Shobitch. While it may not reach the same level of humor you'd find in a Judd Apatow production, there's still many laugh-out-loud moments that this anime delivers tongue-in-cheek. Often risqué and never afraid to go that extra length for a gag, My Girlfriend is Shobitch is the right amount of dumb fun for those looking to turn their brain off and watch some high schoolers get stupid over the dirty things in life.

My Girlfriend is Shobitch can be viewed on Anime Strike, and has been licensed by Sentai Filmworks. Episodes 1-8 were observed for this review.

Background Noise: Attitude City by Ninja Sex Party - The kings of erotica Danny Sexbang and Ninja Brian are what Akiho and Haruka need to make that first night explosive. Their 2015 album is musical Viagra, with "Party of Three," "Dragon Slayer," and the flute-filled title track ready to unload on all the fine people of the world. "Why I Cry" will also help you get in touch with your feelings while you awkwardly graze your lover's arm and chicken out. If the album gives you an erection that lasts more than four hours, then it's done its job.

GAME REVIEW | Ridding The Undead I...