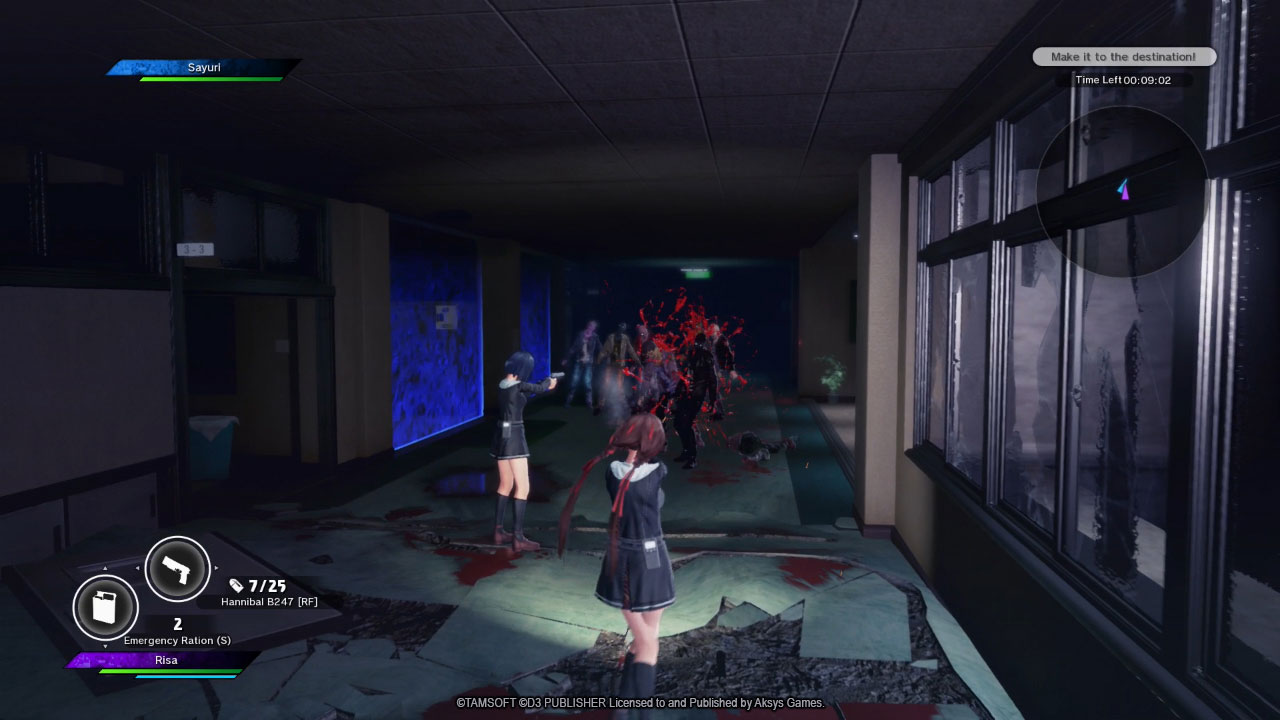 Long ago, there were two series of games born from the the Simple 2000 line of games made in Japan. One was Earth Defense Force, and the other was Onechanbara. While made by different development teams, they both were about killing hordes of enemies. Earth Defense Force focused on shooting giant alien monstrosities with firearms, and Onechanbara focused on killing zombies with melee attacks, where you needed to 'reload' your sword by cleaning the blood off, or face having your weapon get stuck, leaving you vulnerable. Now with several Onechanbara games under its belt, Tamsoft has decided to make another zombie killing game, while focusing on the firearm action seen in Earth Defense Force. The end result -- School Girl/Zombie Hunter -- is quite the hoot.

The game's plot is very basic: a group of high school girls are trapped in their school when a huge zombie attack descends upon them. Now they need to find a means to survive or escape from the encroaching zombie invasion. It is essentially a side-story to the Onechanbara series, where the game focuses on the ordinary citizens caught in the wars that the lead ladies of the main series fight in. 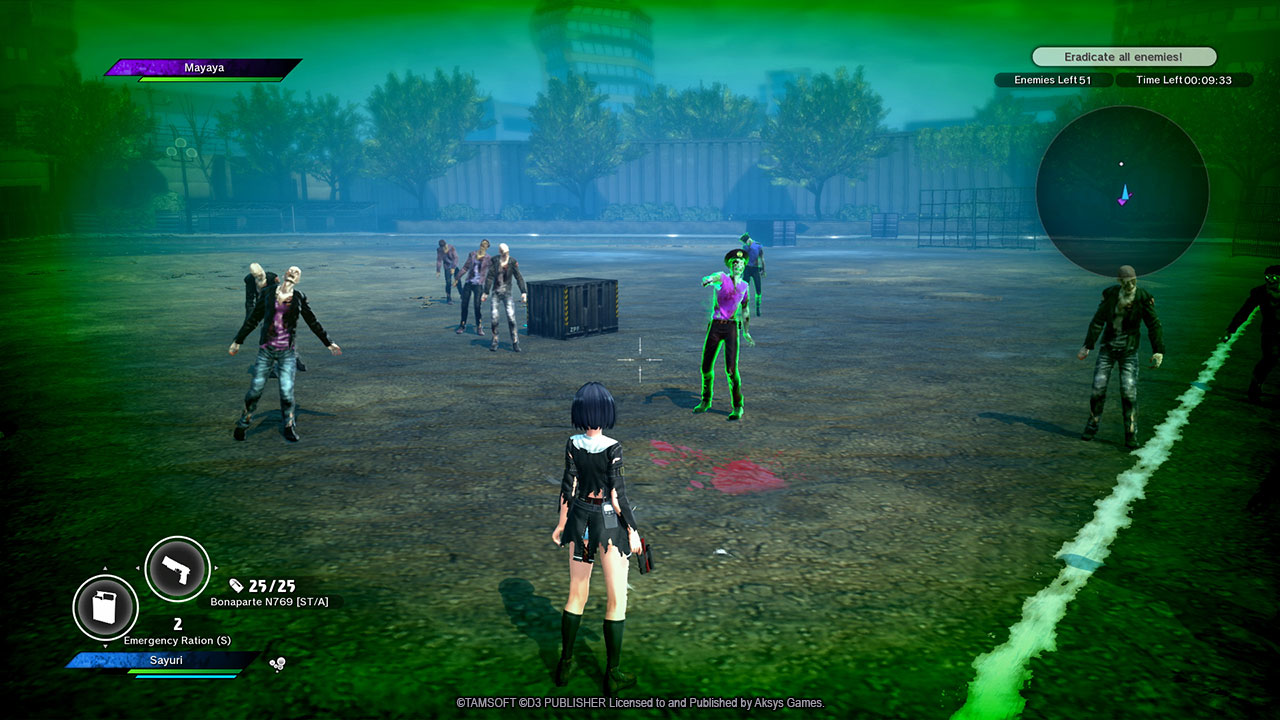 School Girl/Zombie Hunter's world has zombie attacks being commonplace enough that the schools educate the students on firearms use, which is why the default weapons you have are the standard-issued assault weapons. Melee attacks are secondary, and while they provide invulnerability when used, they leave you open afterwards and can't enact combos. They also consume a lot of stamina, which is also used for sprinting or dashing, so unfortunately you can't spam those moves. You can also jump, but it's actually pretty useless. Ammo is unlimited, but you do have reload times that leave you vulnerable.

Each of the students are introduced in the first few levels, and the basics of the game's mechanics are laid out. The girls have their own special skills ranging from quick reviving and more stamina, to identifying secret Charon birds and hidden item locations. There's also a ton of guns and costumes to collect, leaving the game having elements taken from Earth Defense Force. Power ups like health pickups are also scattered throughout the levels. 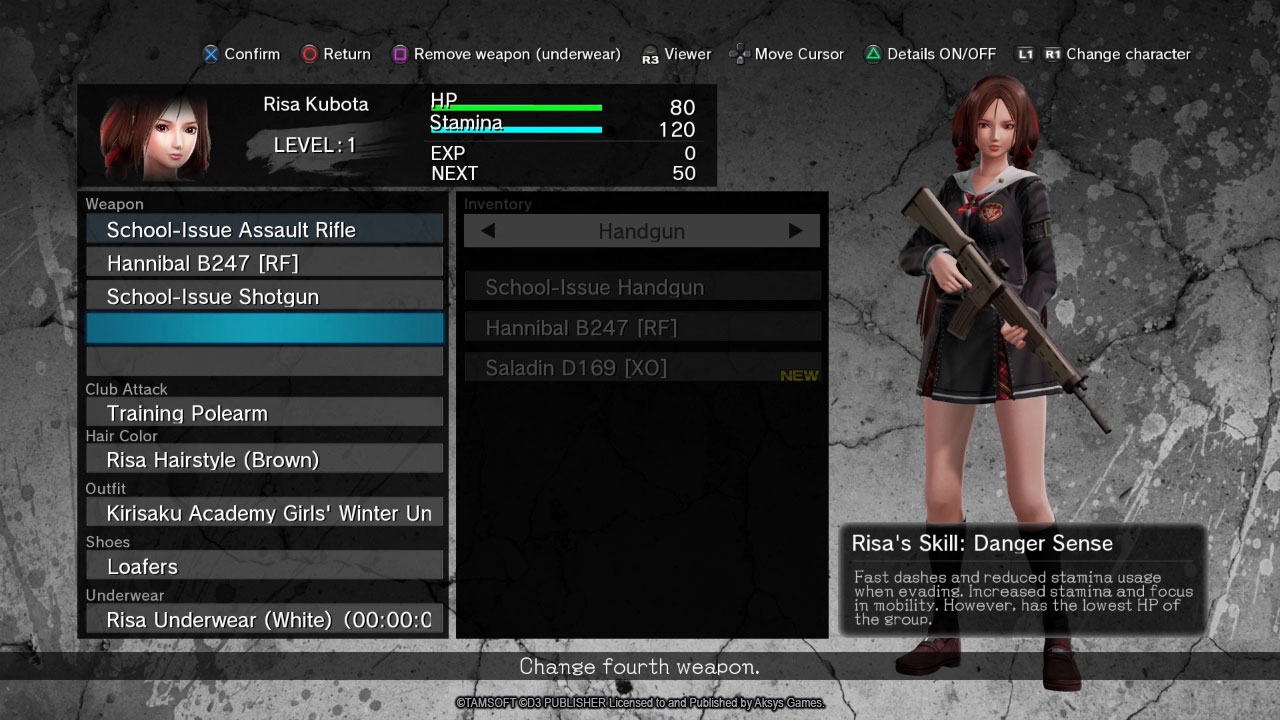 If there is anything wrong with the game, it'd be that, like the other two series mentioned, it can get repetitive and the story is pretty dumb. But if you simply want to kill zombies and not have to worry about anything else, School Girl/Zombie Hunter is a decent time for fans of Earth Defense Force or Onechanbara. Now if only this game had a Switch port... 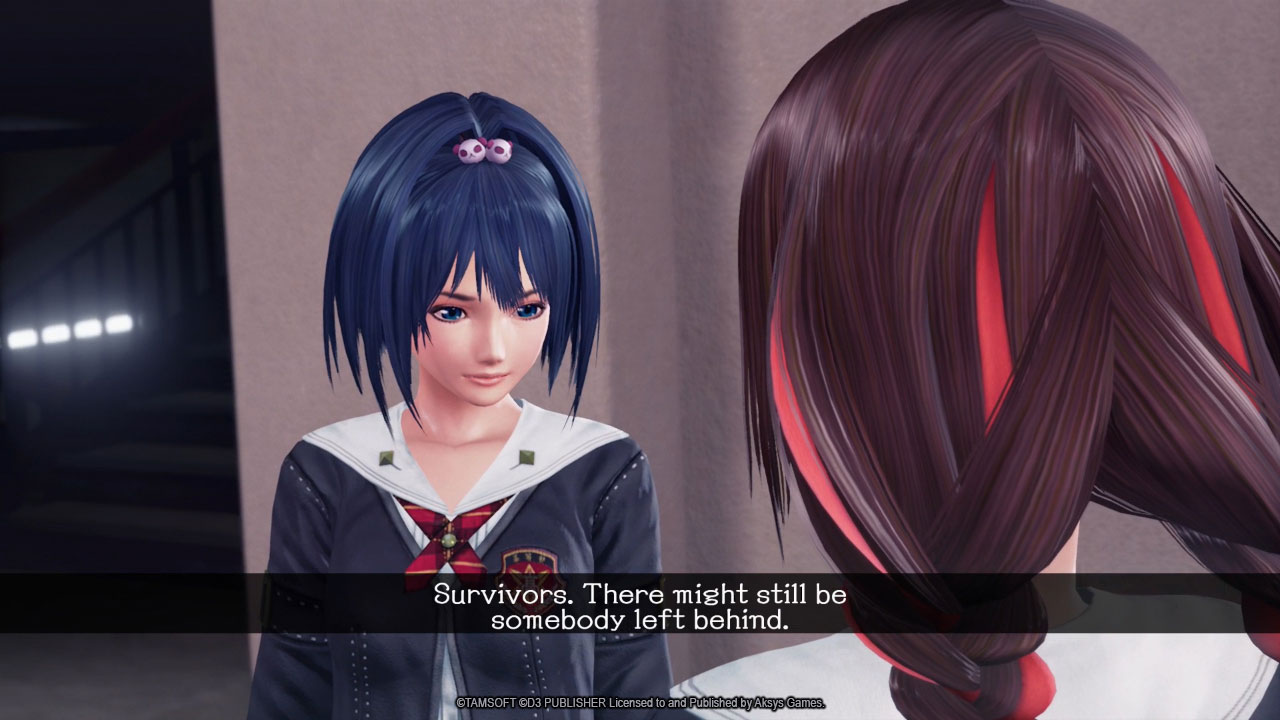 The Good: The individual skills the girls have are interesting.
The Bad: More like the badass, but the Rocket Launcher is a treat.
The Ugly: Melee attack should be more useful than it is.

Eric Kelly is a freelancer that you can support on Patreon here.

ANIME REVIEW | Service With A Hear...