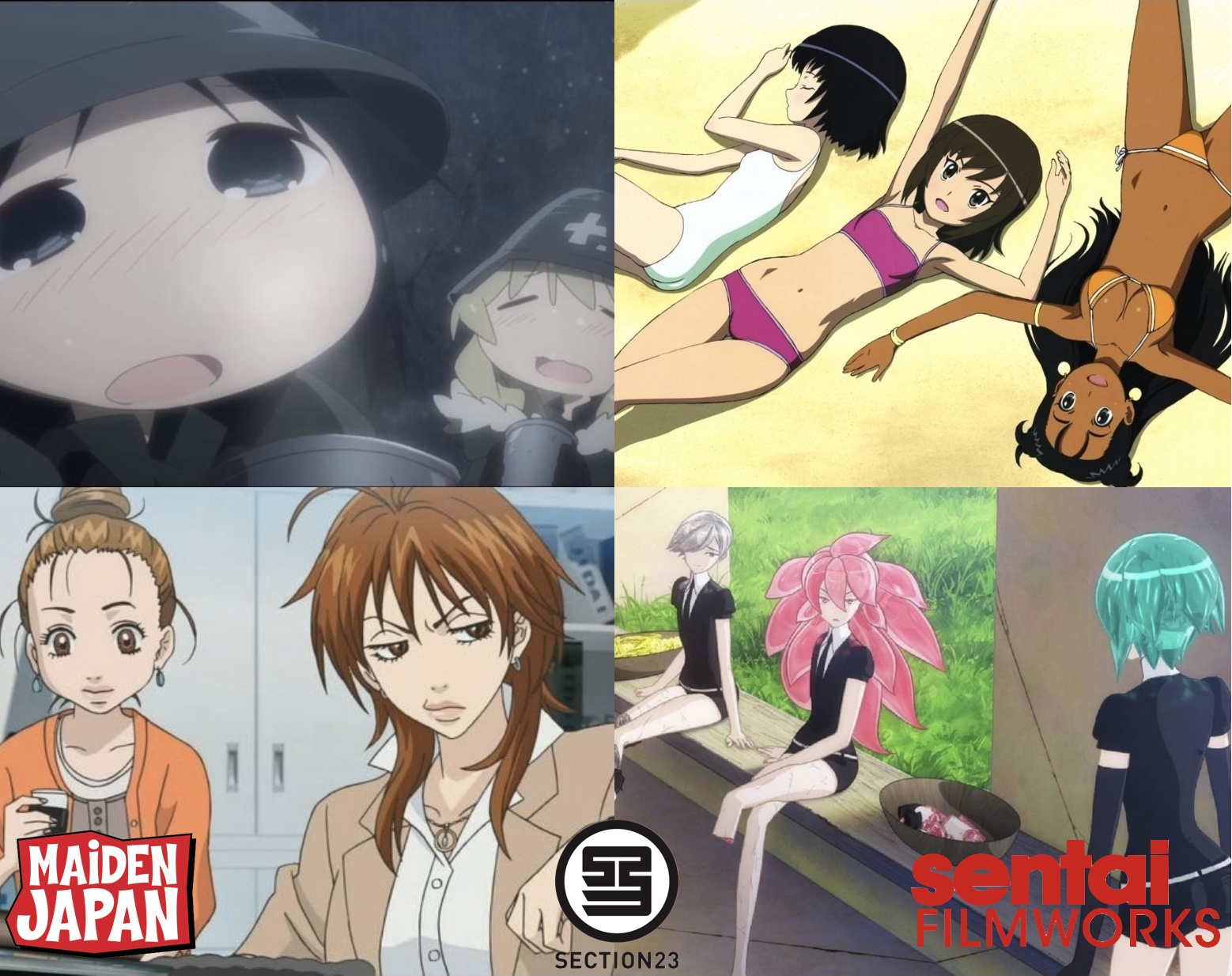 The start of 2019 is all about quality over quantity, with Section23 Films ready to unleash a heaping of critically-acclaimed anime darlings for the fandom to finally own! 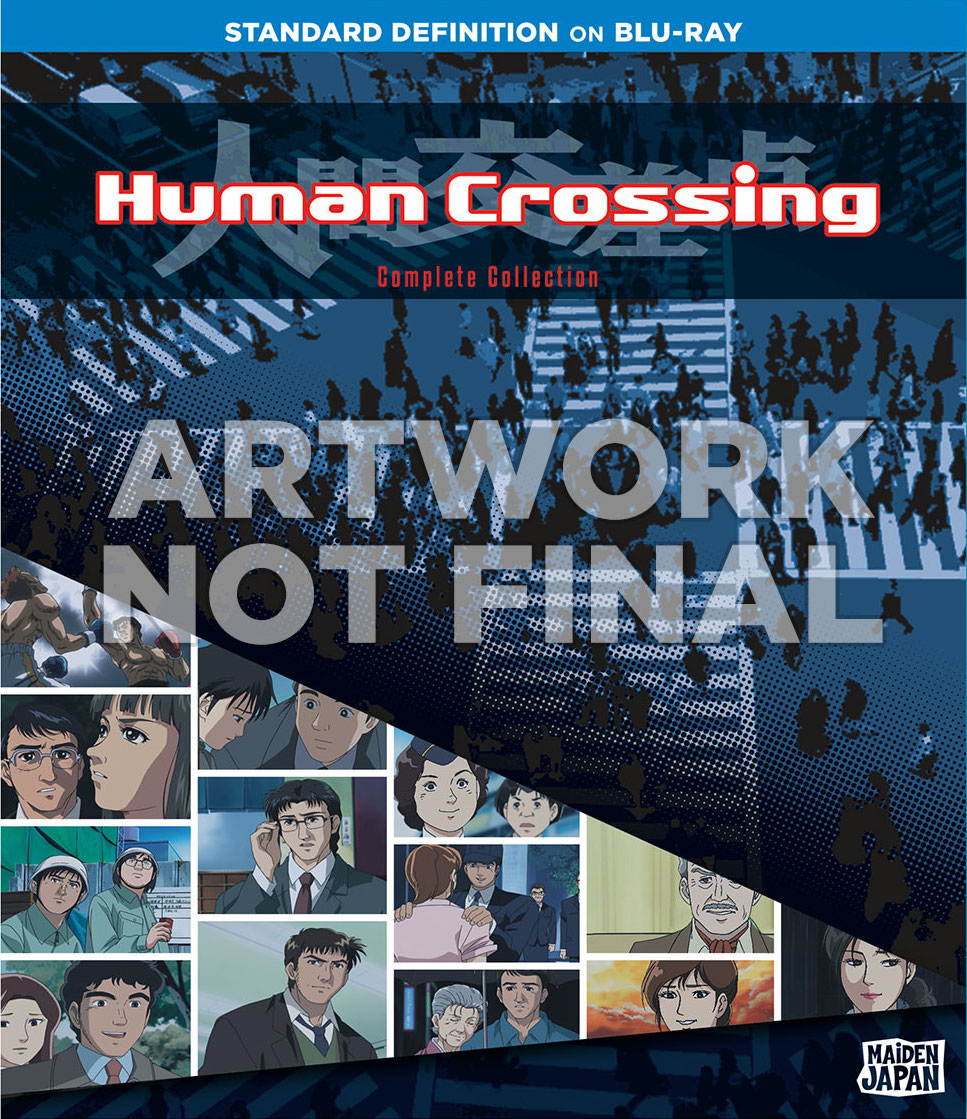 January 8th sees the release of Maiden Japan's anime drama Human Crossing. Based on the award-winning manga by Masao Yajima and Kenshi Hirokane, the story follows the intertwining stories of the people of Japan. Some characters are rich, while others struggle to survive. From the high to the low, everyone is connected through a complex web that binds the world. Yet there are times when the isolating nature of urban life tears and tatters that fragile safety net to the breaking point. At times like this, each person can only do the best they can. To meet the challenge or fail. To rise or to fall. Eventually, all of us must make that transition from one part of life to another, which is demonstrated greatly in this series! 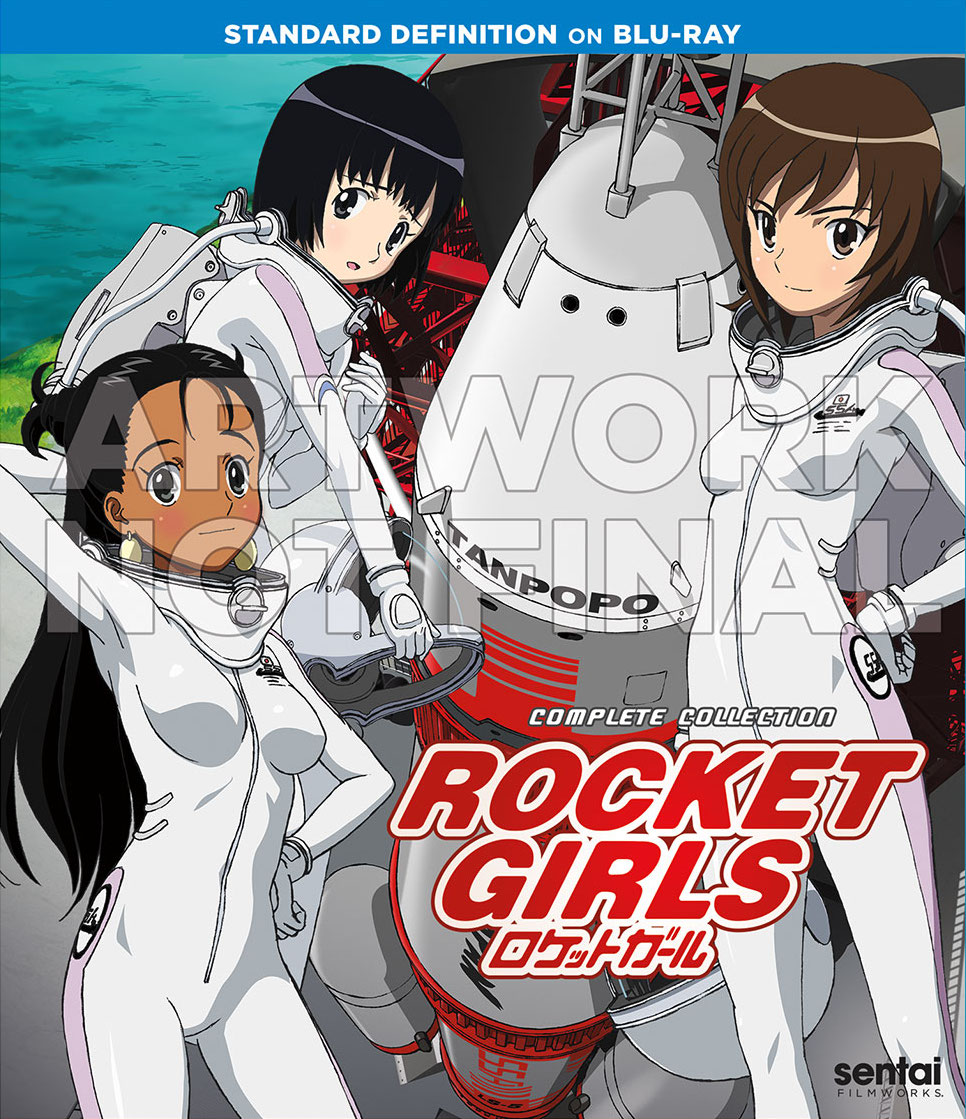 Dive into the vastness of space on January 15th with the release of Rocket Girls! Yukari Morita had no idea how far her journey would take her after she decided to look for her missing father. Just traveling to the Solomon Islands is a long way for a high school girl to go on her own, but then Yukari runs into an astronaut from the Solomon Space Association, which has been trying to build a rocket powerful enough launch a man into space. Upon meeting the petite Yukari, however, SSA director Nasuda realizes that she's small enough to go up in a less powerful rocket the SSA has already built! So he offers her a deal: if Yukari agrees to become their astronaut, the SSA will help find her missing father! Will Yukari have the right stuff to blast off in the wildest space quest ever? 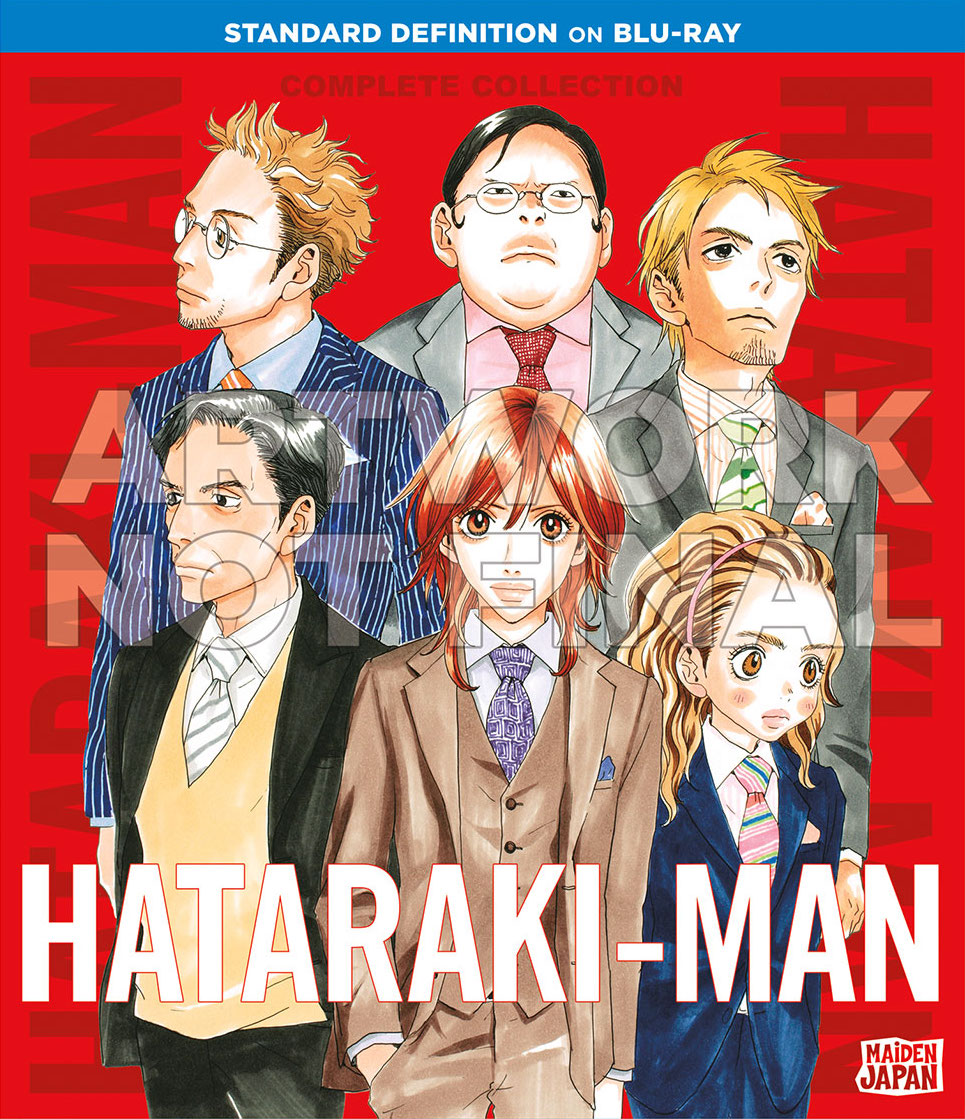 After almost twelve years, the anime Hatakari-Man finally gets a US release via Maiden Japan on January 22nd! It's hard to get ahead in the publishing industry and it's even harder when you're a woman in Japan, where only one manager in ten is female. Despite that, Hiroko Matsukata's determined to reach the top, and at only 28, she's worked her way up to an editor's position at Jidai weekly. But to get that far, Hiroko has had to dedicate her life to work, work, and more work while suppressing her more feminine character traits in order to blend in with her uncouth male coworkers. Just because the other Jidai employees have nicknamed her "Hataraki Man" ("working man") doesn't mean that she wouldn't like the chance to be a bit more girly and have some romance occasionally. Unfortunately for Hiroko, her sometimes boyfriend is an even bigger workaholic than she is! 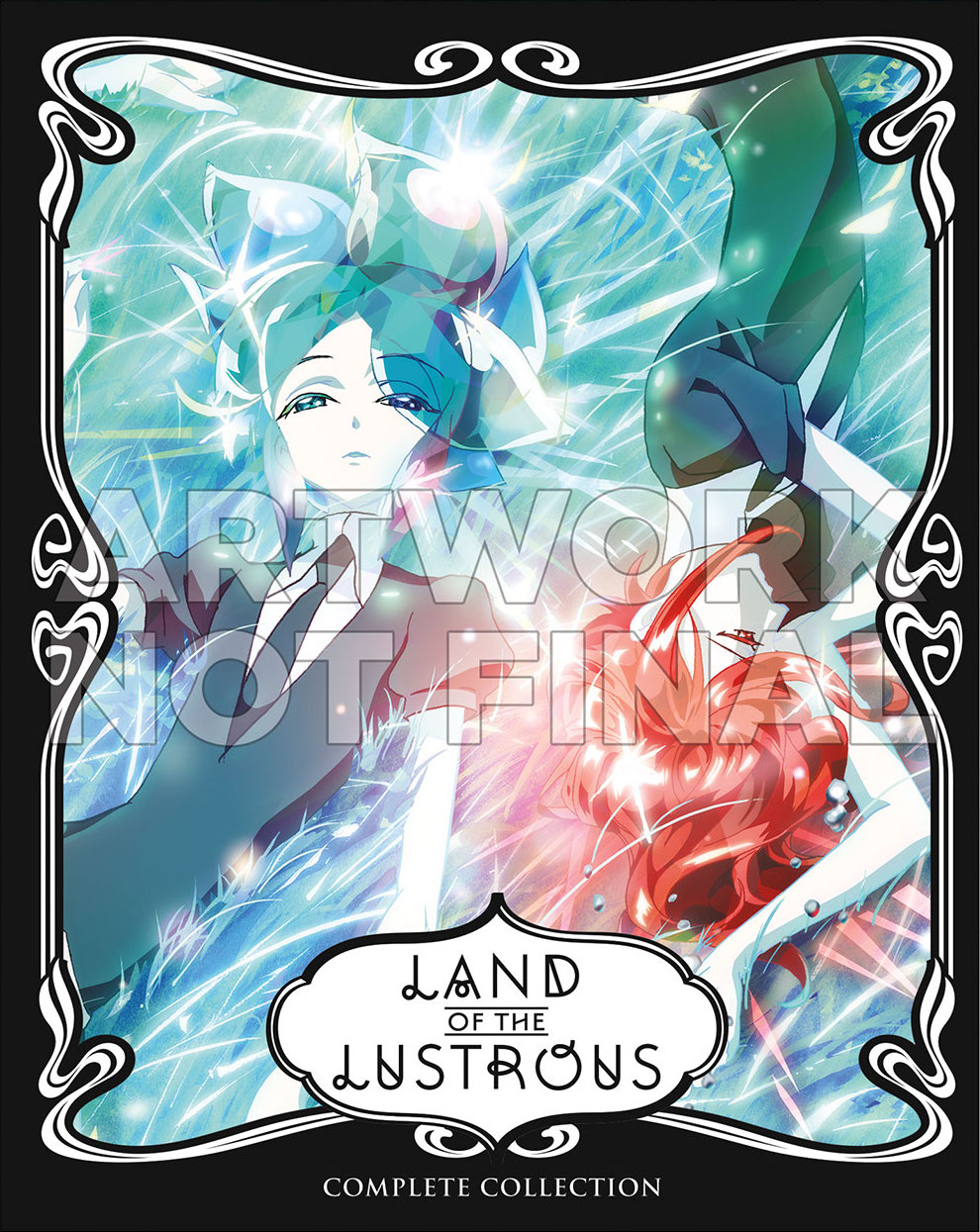 Also on the 22nd is Sentai Filmworks' release of one of the most beautiful CG anime ever made: Land of the Lustrous! No matter what the odds, life will find a way to continue, with young Phos and the other gems as the ultimate proof. Instead of flesh, their bodies are made of living crystal, allowing them to survive in a world too toxic for any human. But their gem bodies also attract a terrible danger: the Lunarians, who hunt the gems and use their shattered forms to fabricate jewelry and ornaments. The gems with the strongest forms defend the others, but Phos is too weak and brittle to fight. Instead, Phos is ordered to compile an encyclopedia; but could that research discover hidden secrets that could help the gems? Join Phos, the toxic Cinnabar, the powerful Bort, the valiant Diamond, and others in a glittering world unlike anything you have seen before! 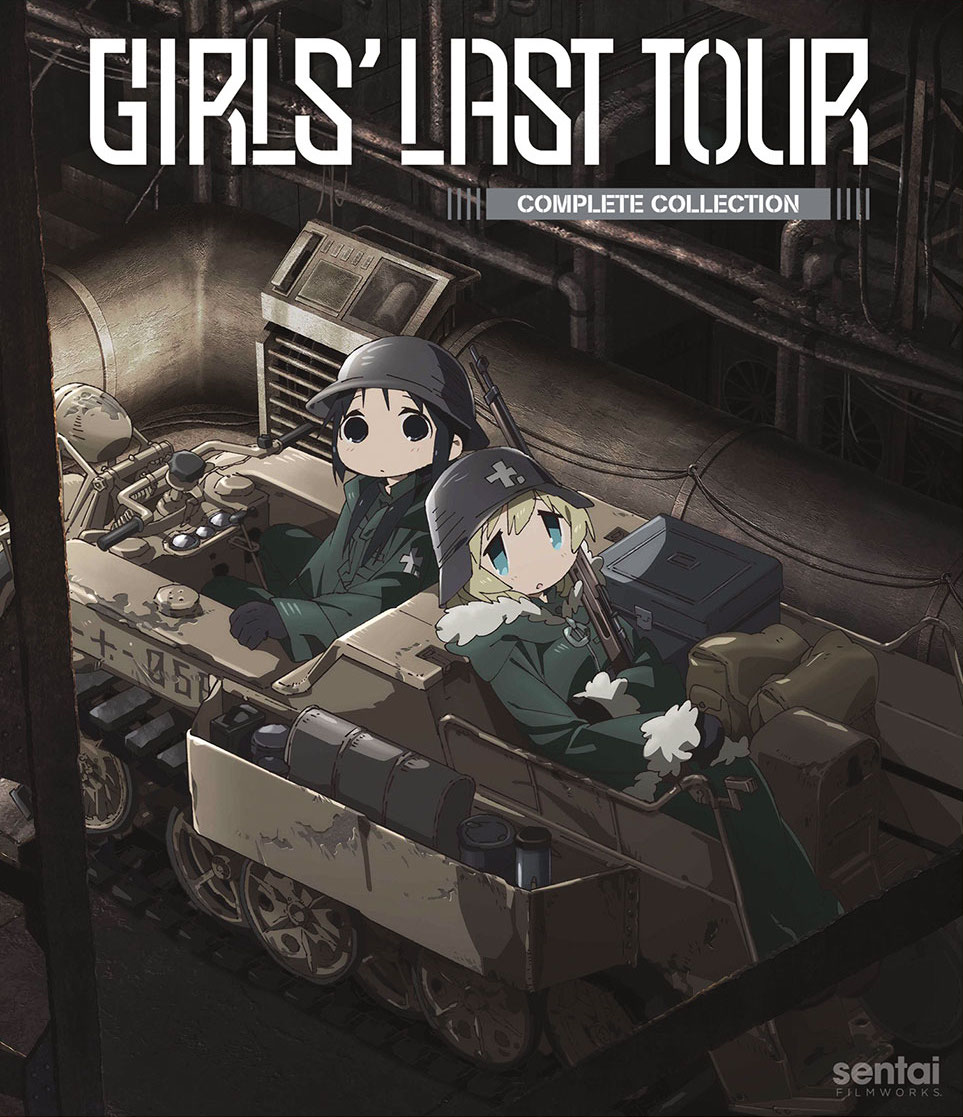 Lastly, the duo of Chito and Yuuri find their way to our homes on December 29th with the release of last year's unexpected hit Girls' Last Tour! The massive cities, once filled with people, lie silent, empty and decaying. There are no more forests filled with animals; no more birds in the sky. But life hasn't disappeared completely; not just yet. Amidst the rubble two small figures, young girls, travel together, scavenging what they need to survive as they explore the remnants of a world that they are too young to remember. It's a strange journey, but one that's filled with wonder as each new day brings another discovery, another echo of the devastated past or moment of unexpected beauty. And as long as Chito and Yuuri have each other, they have a reason to keep pressing forward. A limited edition of Girls' Last Tour has also been announced, which will contain a storyboard booklet, a behind-the-scenes booklet, a metal dog tag, and six sticker sets! (Check out our review of this anime, which we called it, "funny, poignant, soothing, and visually unique"!)