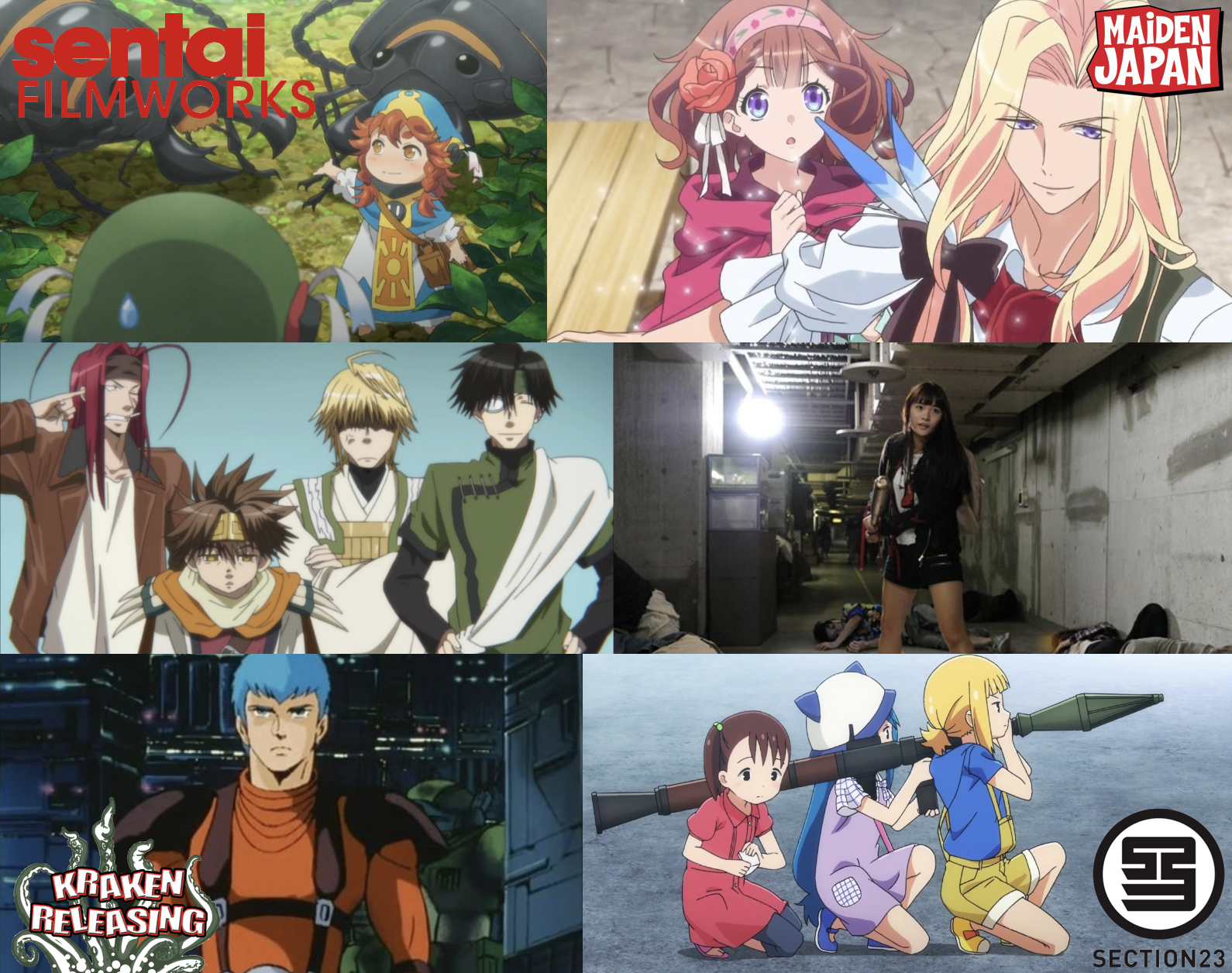 Coming in like a lion and out like a...much bigger lion, Section23 Films has a bountiful of newbies and classics coming in your way this March! 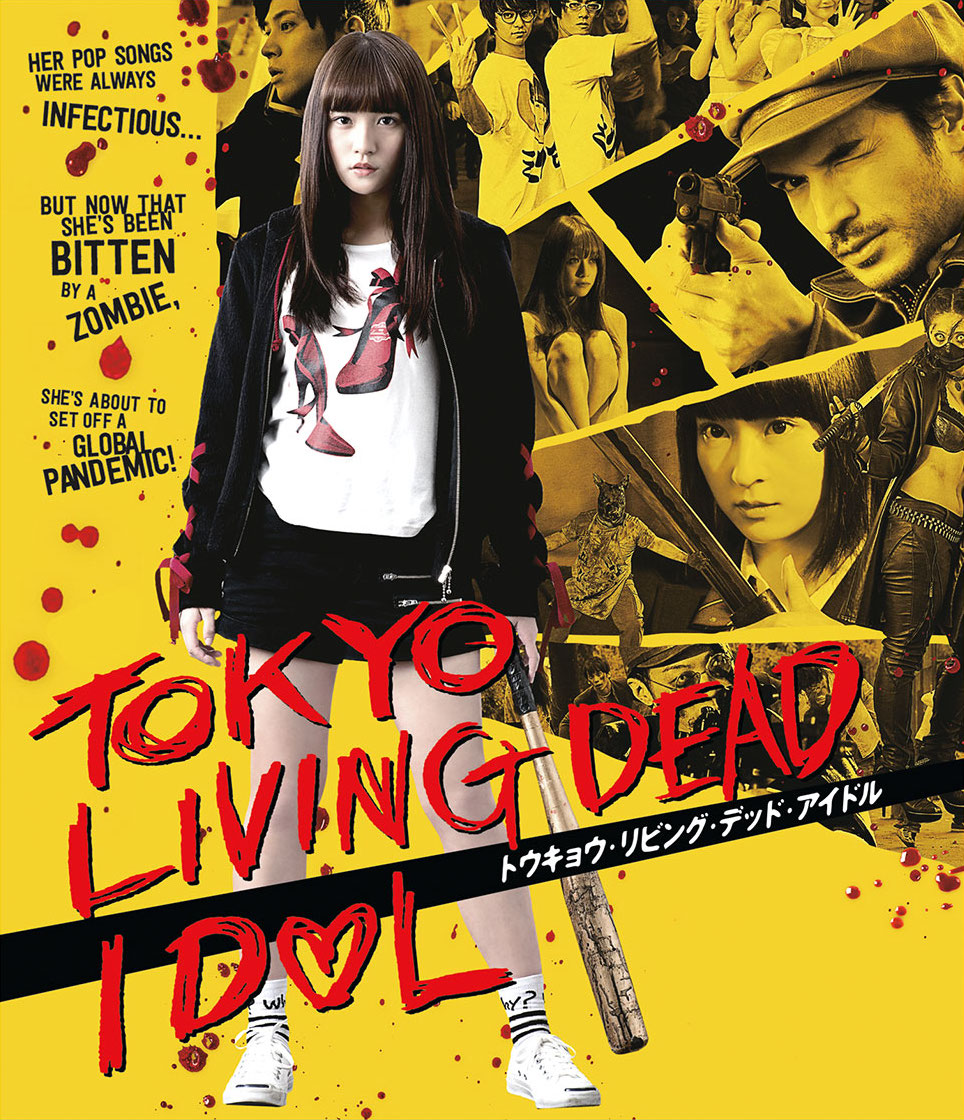 Kicking things off on March 5th is Kraken Releasing's tale of undead pop idols: Tokyo Living Dead Idol! Tokyo 27-ku's the hottest pop group around, but when singer Kamiya Miku (Nana Asakawa) gets bitten by a zombie, she goes from being on top of the charts to the top of the most wanted lists! With just 72 hours until the sizzling chanteuse becomes a shuffling zombie, Miku's only hope is finding a serum that might possibly cure her. Unfortunately, if Miku can't reach the antidote in time, she's going to transform from songbird to a dead bird singing in the middle of the night, and evading paparazzi and zealous fans is nothing compared to being pursued by teams of professional zombie hunters, the police and hordes of the living dead! 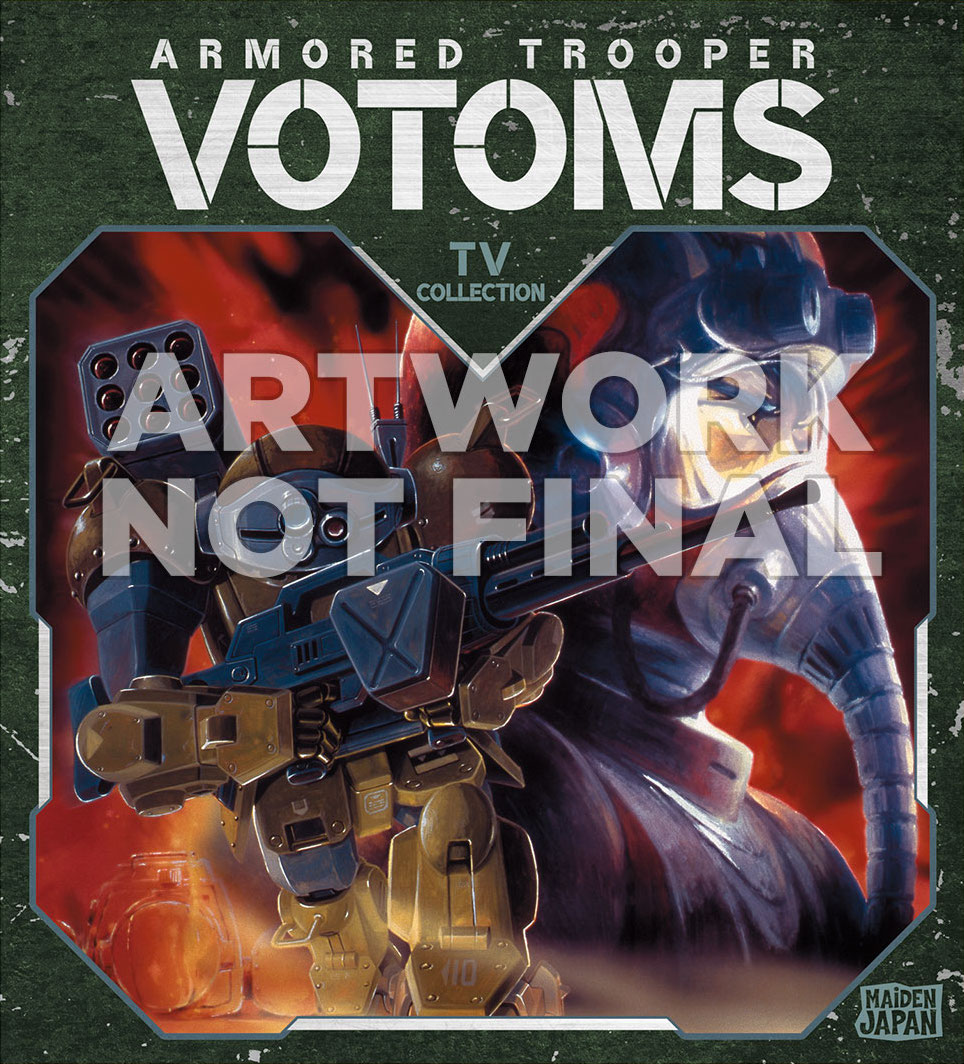 On March 12, the classic Armored Trooper VOTOMS finds itself in a complete collection release for lovers of massive tank bots! VOTOMS (Vertical One-man Tanks for Offense & ManeuverS) units are light and maneuverable on the battlefield, but in the hundred-year war between Gilgamesh and Balarant, they've essentially become expendable cannon fodder and pawns to be sacrificed. The right pawn in the right place can change the course of the game forever, and when VOTOMS pilot Chirico Cuvie is mysteriously transferred from his elite unit to a top secret mission behind his own side's lines, he quickly learns that something is very wrong. Betrayed and branded a traitor, Chirico finds himself on the run from both sides as he seeks to unravel the truth behind the conspiracy and learn the secret behind the beautiful woman who seems to hold the key. 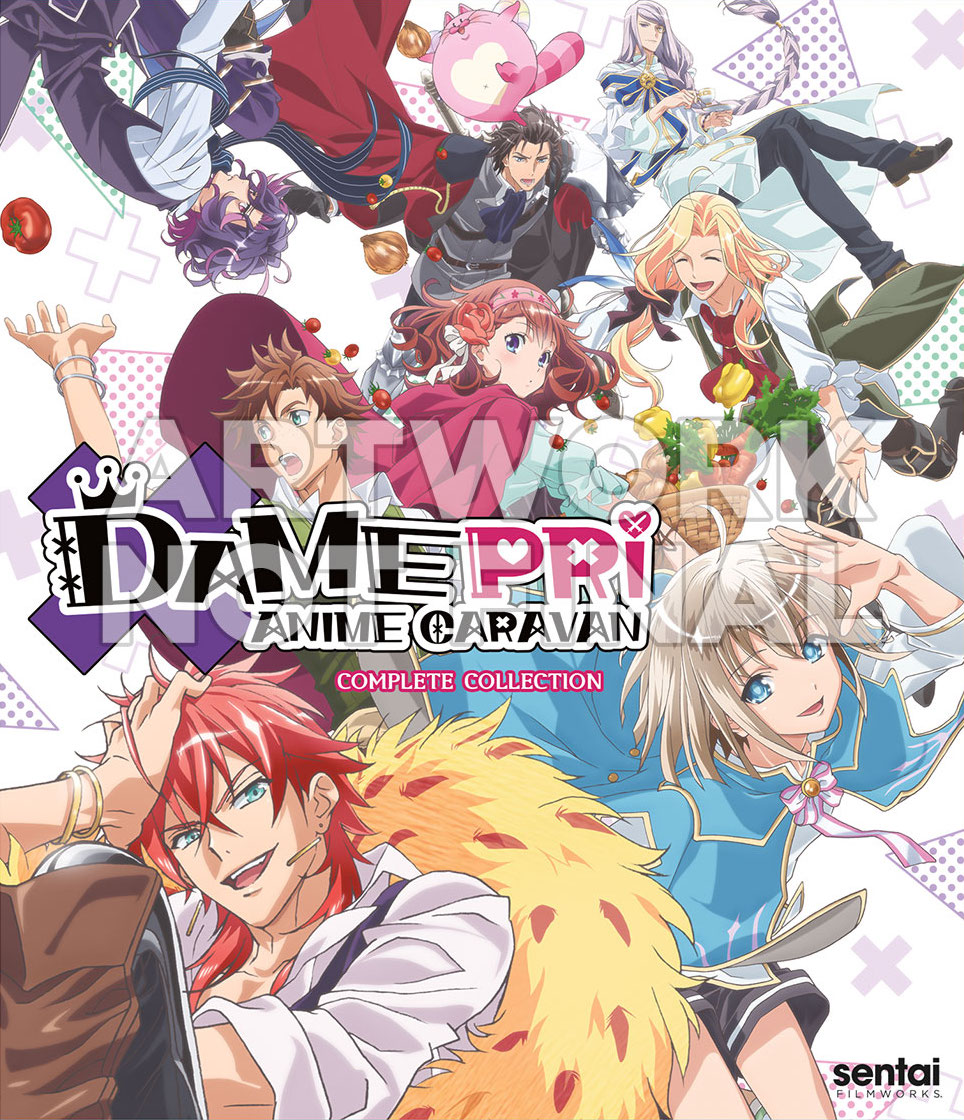 Royal wackiness ensues on March 19th with the release of Damepri Anime Caravan! Diplomatic relationships can often be trying, but when Princess Ani of Inaco is sent to the signing of a peace treaty, she finds more parties at the negotiating table than expected…. and since the others are all princes (or other high-ranking members of the male gender), it seems that one of the major assets in play in this game of thrones is her royal self! What makes it worse is that despite the lopsided Prince to Princess ratio, none of the misfit peerage involved are exactly Prince Charming her off her feet! Between dealing with the Prince who won't come out of his room and the one who's already passionately in love (with himself), and her mother's apparent matchmaking machinations, this Princess may soon be hoping for a dragon to rescue her! 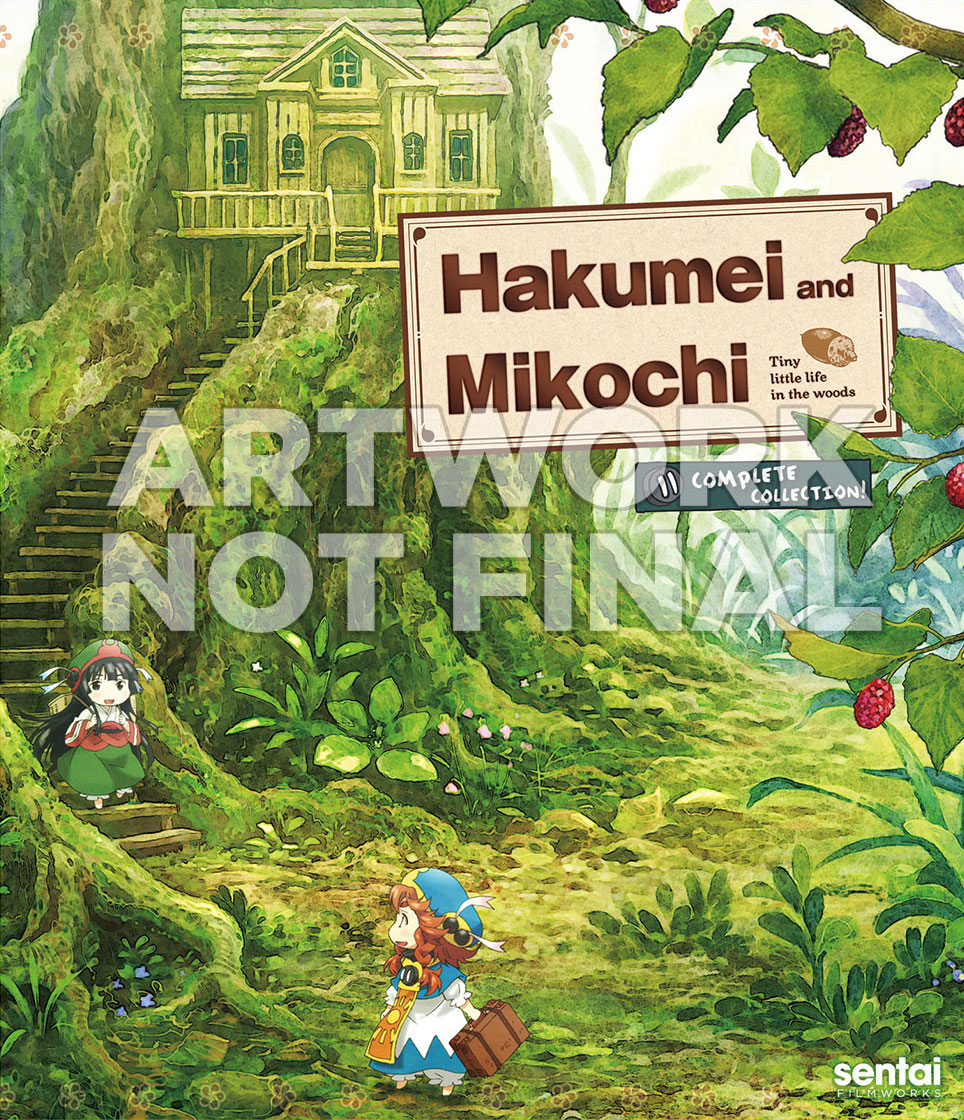 If a boatload of princes isn't your thing, then the adventures of the smallest duo around may warm your heart with the release of Hakumei & Mikochi! Hakumei and Mikochi are two small girls who live together in a tiny house in the great big forest. In fact, their house is so tiny that it all fits inside just one tree! But that's fine because Hakumei and Mikochi are only 3.5 inches tall, so their tree is as big to them as a skyscraper is to normal people! They're not the only tiny people living in their community either, and when Hakumei and Mikochi aren't out exploring, they like to spend their time visiting their neighbors, some of whom are other small folk like the inventor Sen and Konju the songstress, while others are beetles, squirrels and even a big scary owl who is definitely not friendly! 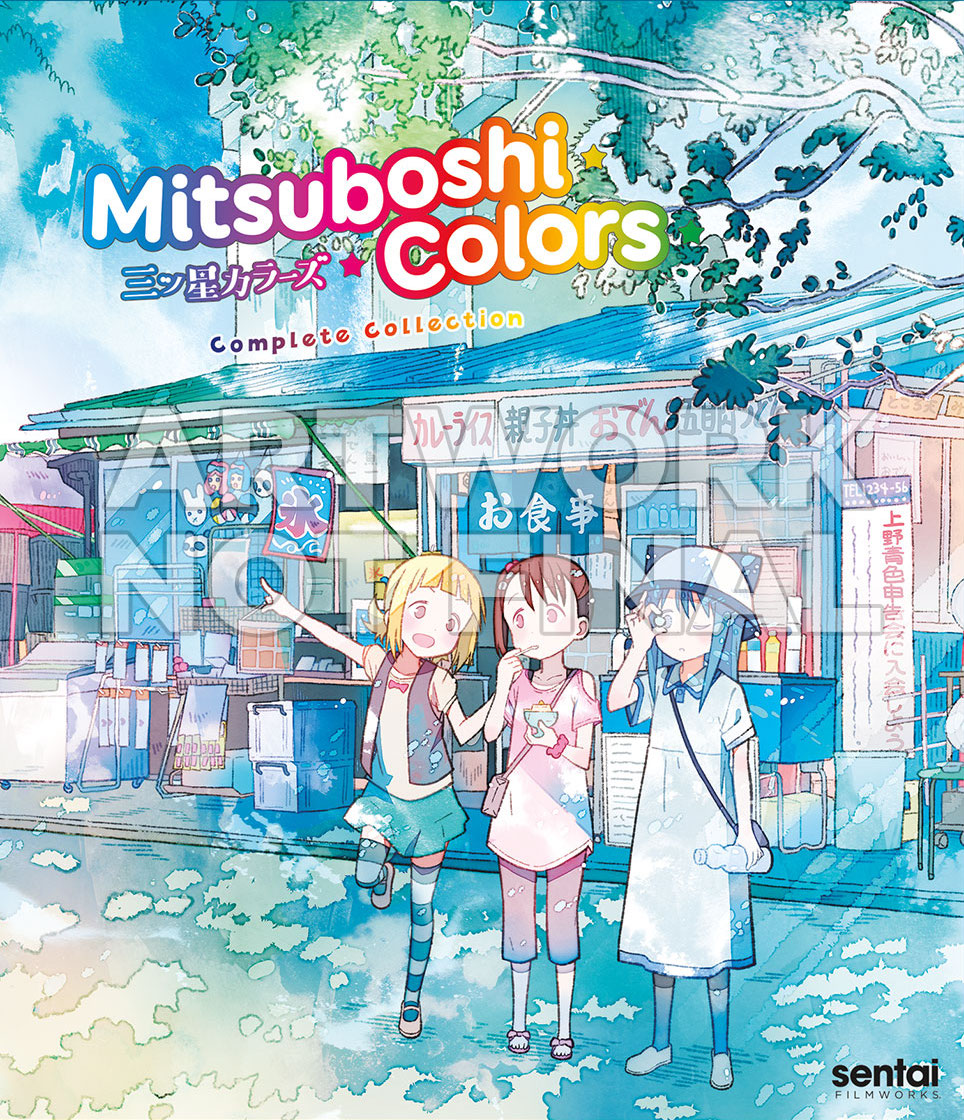 The epic adventures of three imaginative kids comes to Blu-Ray on March 26 with Mitsuboshi Colors! This world has lots of problems, but after doing grown-up things all day, adults never have the time or energy to fix them! Kids, on the other hand, have LOTS of energy and lots more free time as well. That's why Yui, Sat-chan and Kotoha, three elementary school girls who live in Ueno, have formed COLORS, a secret organization that protects their town from whatever real or imagined menace happens to catch their attention. A monster cat who's also a cat burglar? They're on the case! A horrible surplus of bananas? They'll sell the case! And a bomb that needs diffusing? Well, they might need a little help on that one, just in case! The local cop might think they're a nuisance, but everyone else can sleep better tonight knowing these three heroines are saving the world! (Check out our review of Mitsuboshi Colors, where we say it "captures the youthful spirit and blends it with a world in need of imagination"!) 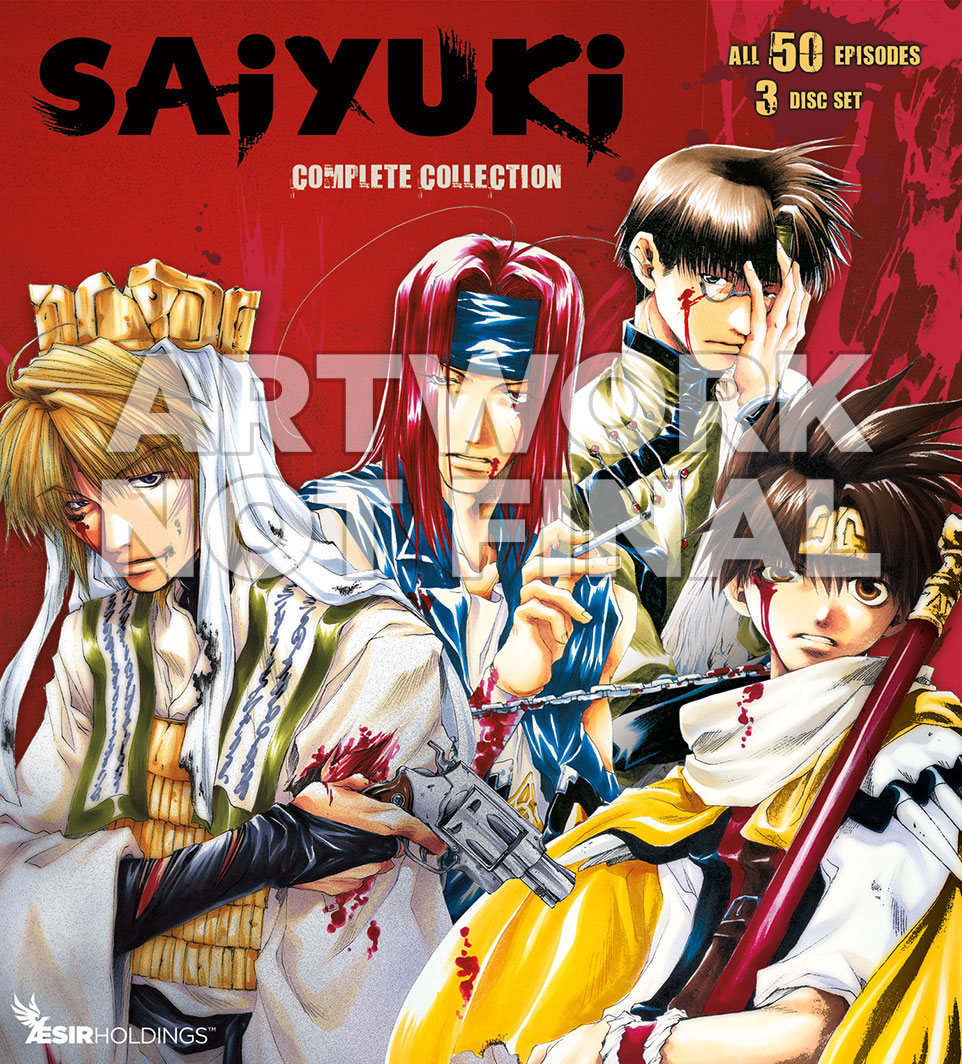 However, if you're an anime fan craving for real adventure, then good news: the complete collection of Saiyuki also arrives on the 26th! Once demonkind and man lived together in harmony. But when a band of rogue demonic forces seeks to resurrect a diabolical monster, a dark spiritual energy begins to cover the land. Now, it's up to a renegade priest, a monkey king, a lecherous water sprite and a sympathetic demon to stop the resurrection and return harmony to a dangerous land. Enter the world of Saiyuki! A unique universe of beauty and betrayal. Where sacred scrolls battle enchanted weaponry and where dragons can transform into jeeps. A land where four reluctant heroes are just as concerned about having a good time, a stiff drink, and a beautiful woman as they are about saving the world.