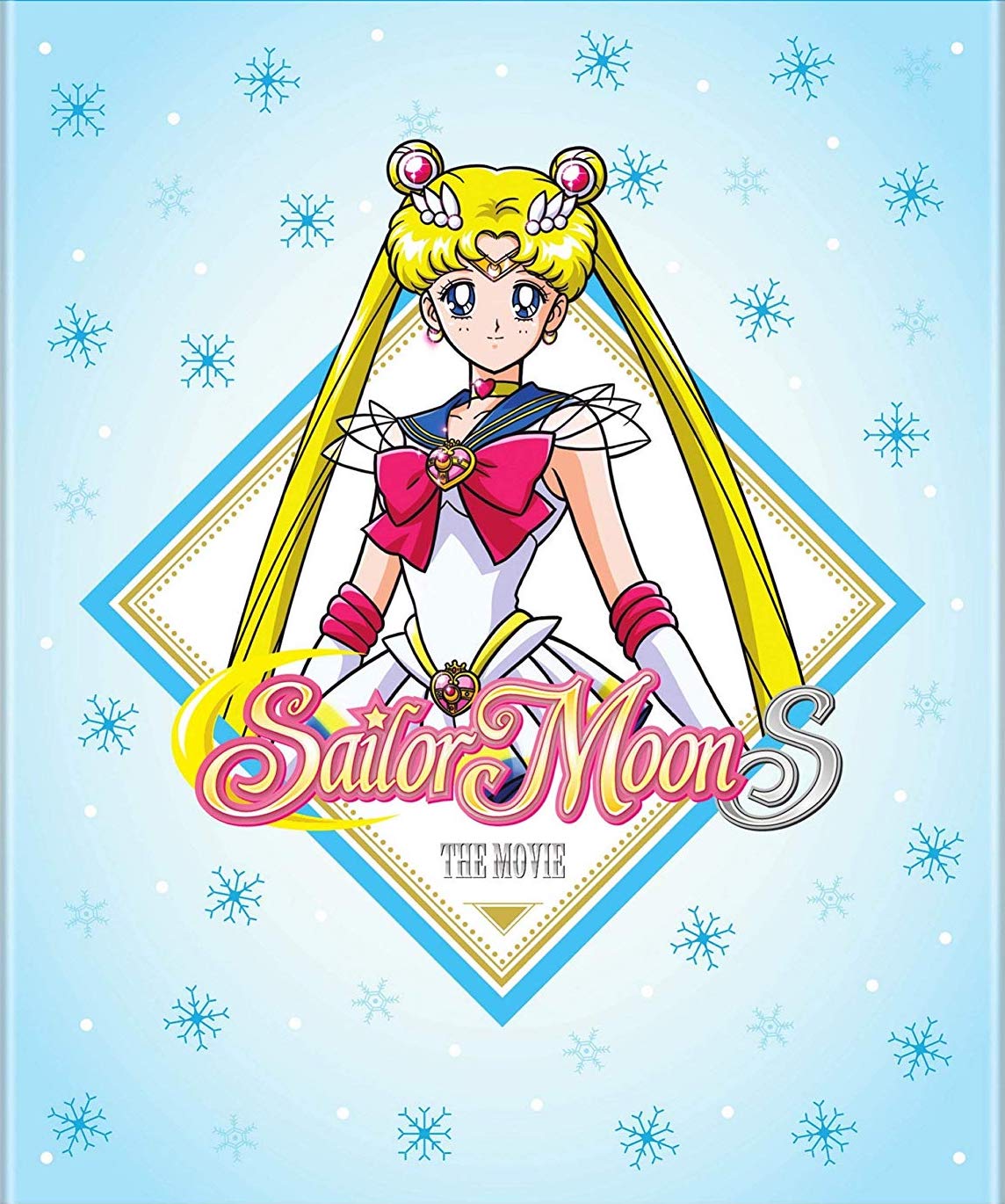 The Sailor Moon movies are known for being a little bit weirder than their TV counterparts, and that's saying something. From the over-the-top villains to the kooky shenanigans that Usagi and the gang often find themselves in, the original anime series is a plethora of the strange and the bizarre (even if it's always pretty to look at). Sailor Moon S: The Movie, which was originally released back in 1994 as part of Toei Animation's Winter Anime Fair, is one peculiar film, as it focuses most of its time on Luna. But does the feline guardian of the Sailor Guardians have enough backing to make an entertaining movie?

With inspirations from such stories as The Snow Queen and The Tale of the Bamboo Cutter, Sailor Moon S: The Movie has an alien ice entity known as Princess Snow Kaguya attempting to freeze Earth. But with a piece of her comet missing, she resorts to using her Snow Dancers to search for it. As the Sailor Guardians seemingly have a day off to shop, Luna falls ill and collapses before reaching home. Waking up in a stranger's house, Luna begins to have feelings for her rescuer: an astrology lover named Kakeru, who winds up owning the comet fragment. With Snow Princess Kaguya close to finding Kakeru, it's up to the Sailor Guardians to rescue him and Luna before the world is covered in ice. 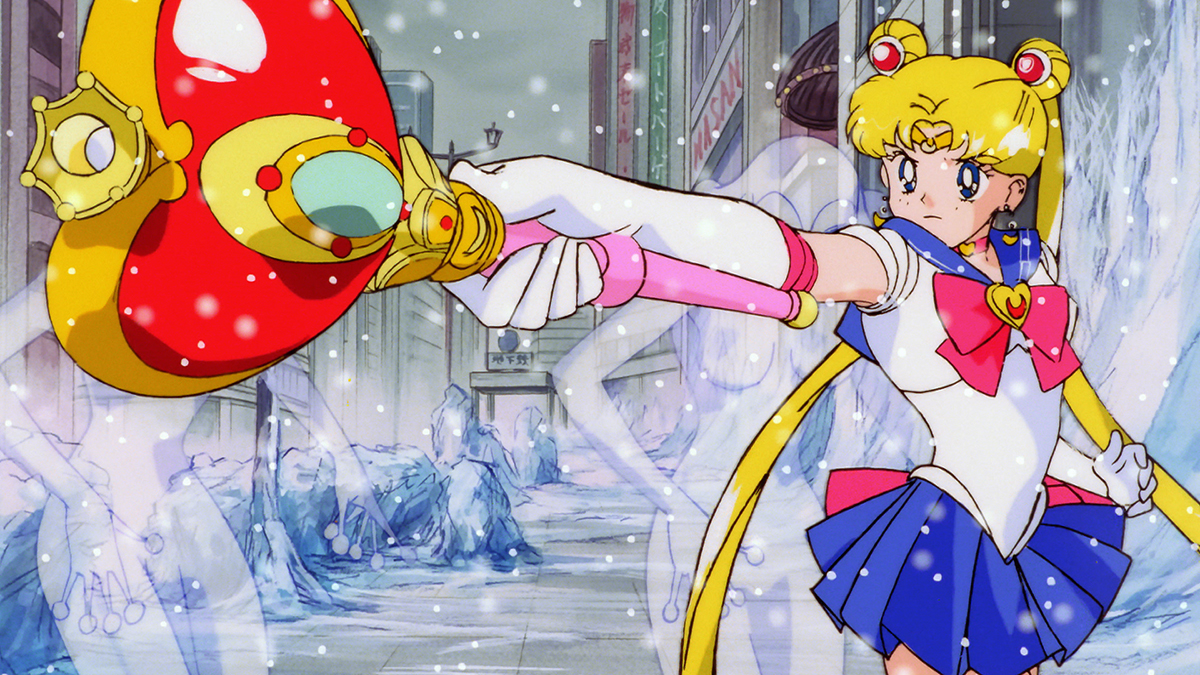 One of the usual problems I have with the Sailor Moon movies is how it seemingly jams too much story into an hour-long film. What could've been a solid 5-6 episode arc in the series is instead condensed into a jumbled short tale that doesn't have much time to breathe in-between scenes. Because of this, the majority of the film's mood is sometimes hard to distinguish. It also doesn't help that its film-exclusive characters can't be fleshed out with such little time it has to tell its story.

However, that doesn't take away from the fact that Sailor Moon S: The Movie can be entertaining at times. Usagi's dimwitted perception of Luna's heart troubles are always humorous to watch, as is her constant bickering with Rei. Even though our favorite feline sage doesn't get much time with Kakeru, it's very sweet to see her deep in love for the first time, despite her knowing it won't work out in the end. Although quick, the fight sequences between the Guardians and the Snow Dancers are fun to watch just for some of the banter between the heroes and villains. 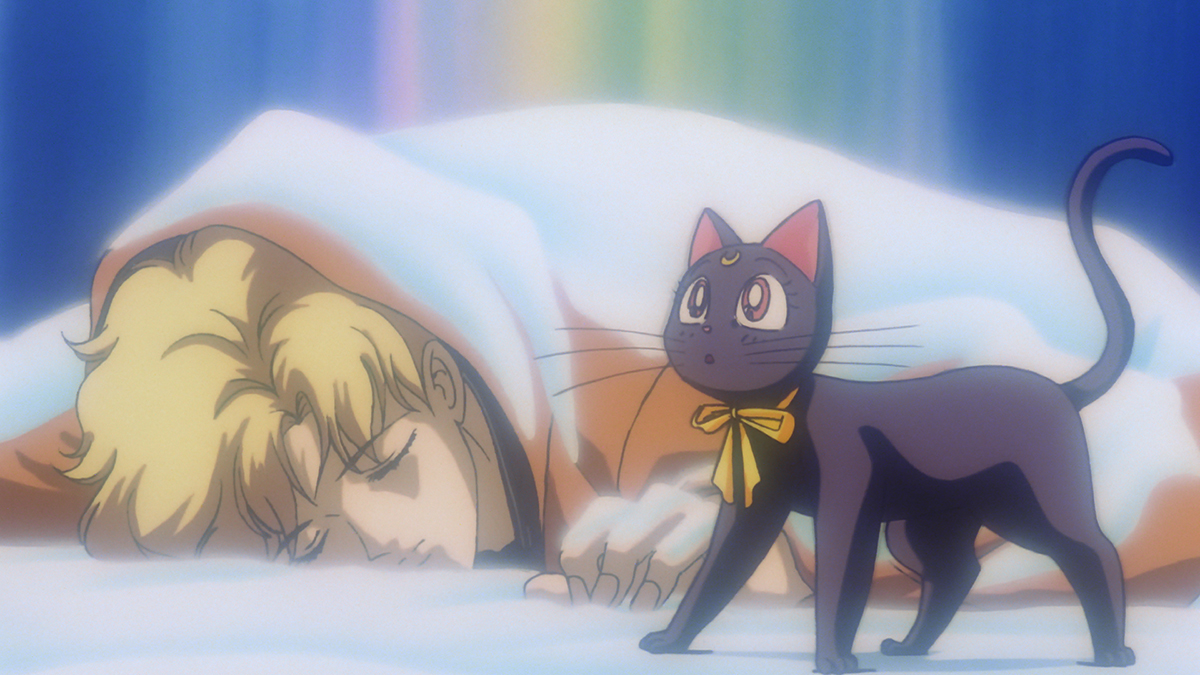 Despite the jump to the big screen, I can't help but feel like Toei Animation didn't boost the budget enough to make it stand out from the TV series. The animation can be choppy at times, and while it helps with the visual gags shown throughout, the actual fights don't look any better than what you see in the original anime. Voice-acting-wise, both Keiko Han and Michelle Ruff demonstrate a greater heart and a confused soul as Luna in her tale, while Kotono Mitsuishi and Stephanie Sheh are both ditzy and endearing as the titular character. (Also, whoever told Tuxedo Mask voice actor Robbie Daymond to shout "Lehayim!" after throwing a massive top deserves a raise of some kind!)

A nice bonus on the Blu-Ray release are two interviews with voice actors Michelle Ruff and Chris Hackney. Here they dive deep into their roles of Luna and Kakeru, as they showcase the many strengths and motivations that push out their performances behind the mic. Although Kakeru is a one-off character, it's very apparent how much Hackney dove into the role to help mold his various moods and mentalities. Ruff, on the other hand, seemingly is having a ball as one of anime's most iconic talking cats, going so far as reshaping the personality of Luna for the sake of bettering her development.