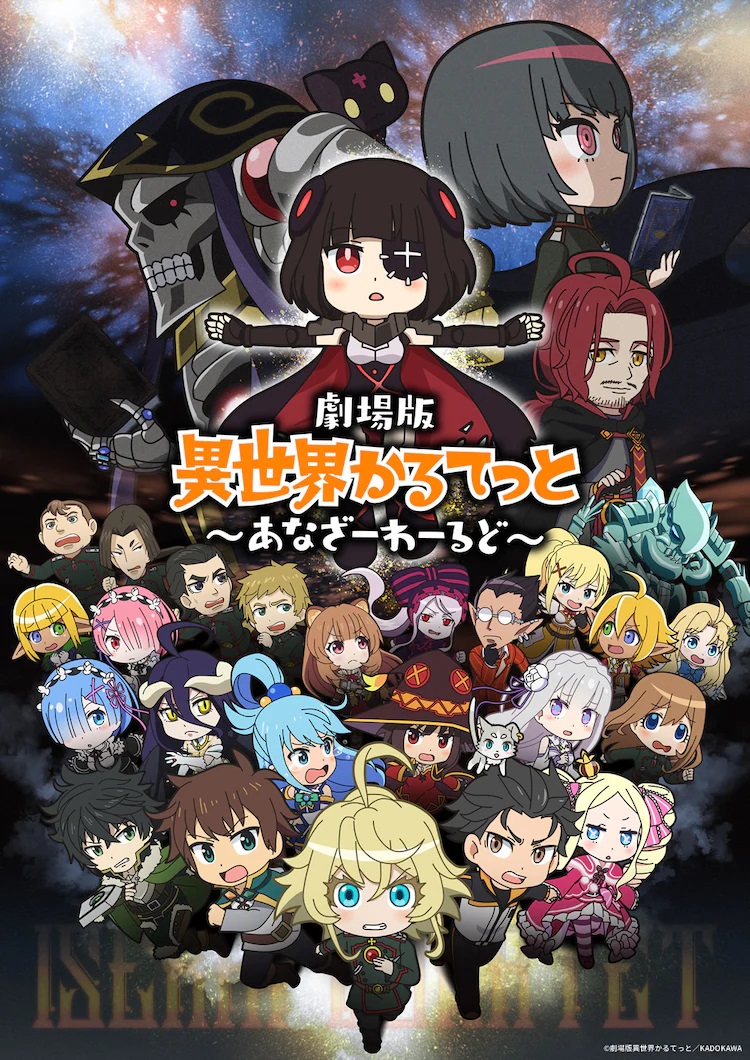 There’s a solid formula that’s found in Isekai Quartet. While its premise is simple — taking popular characters from isekai series and have them go to school together — the humor can be stellar thanks to its no-holds-barred jabs at the characters’ respective properties. Naturally, a movie adaptation of this series should result in big laughs and an entertaining narrative, right? Well…about that. I have a question for Isekai Quartet The Movie -Another World-: Why so serious?

Continuing where Season 2 left off, the casts of KonoSuba, Overlord, Re:Zero, Saga of Tanya the Evil, and The Rising of the Shield Hero are still dealing with their school surroundings. Suddenly, Ainz Ooal Gown (Satoshi Hino) is pulled into a wormhole, with the rest of the school following behind. Soon Ainz and Kazuma (Jun Fukushima) find themselves with a mysterious girl, one who wears a very familiar military uniform. Meanwhile, the rest of the cast come face-to-face with a strange robot with a chunibyo personality. 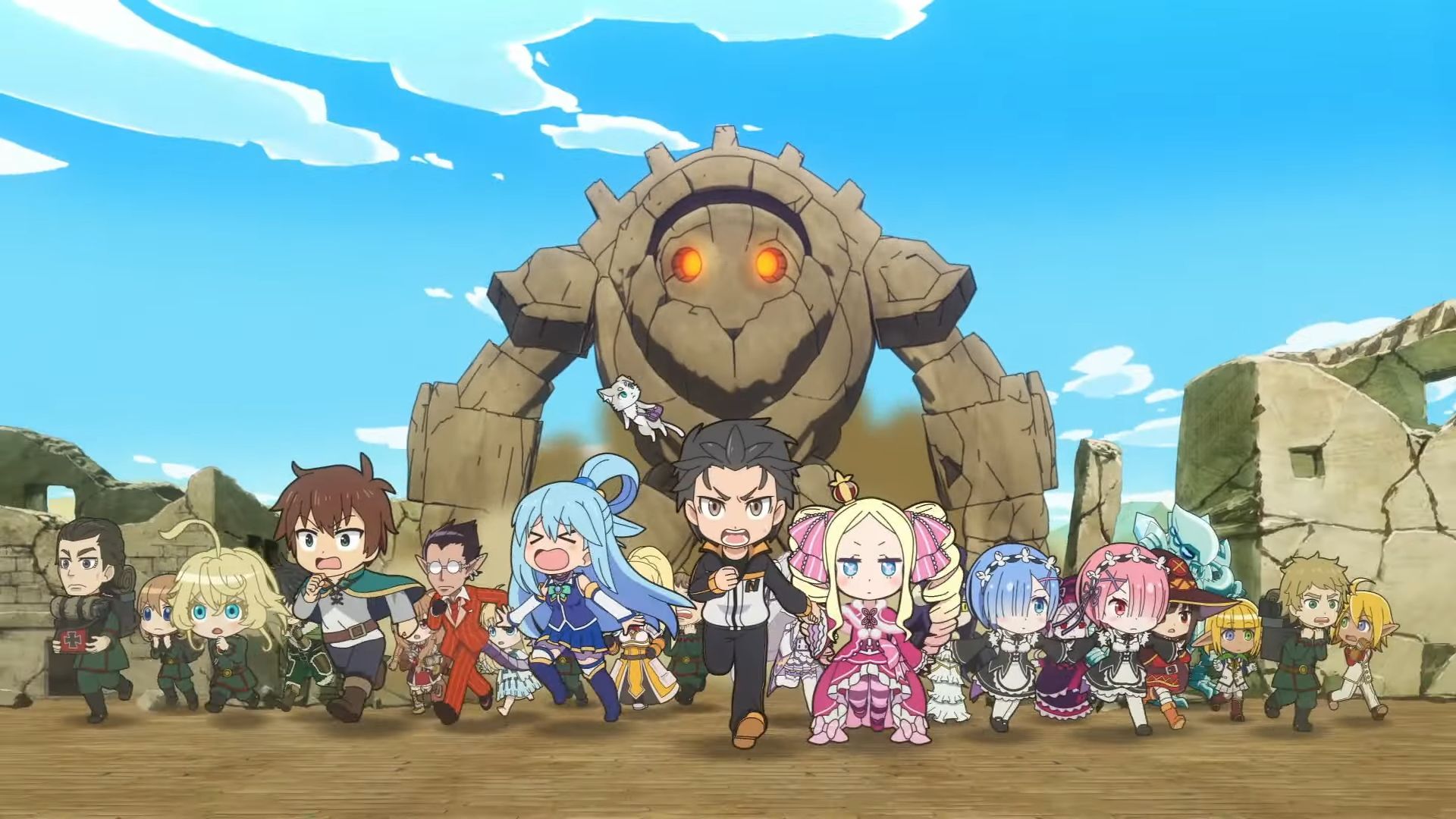 Like quite a few isekai series, the premise of Another World has all of the characters trying their best to find their way home. (Which home, specifically, is not revealed until the end.) Much of the movie attempts to put its muscle into the characters and how they interact with one another. In some cases, it works, especially when Kazuma and Ainz are together and trying to assist newcomer Vera (Nana Mizuki) with her plan.

As Isekai Quartet is foremost a comedy, much of what occurs is played for laughs. Or, at least, that’s what’s supposed to happen. There are moments (especially the battle scenes) where the slapstick is entertaining, but for the most part, the jokes tend to fall flat. Perhaps the biggest reason for this is that everything is played too straight. In fact, the conflict between Vera and the robot girl Pantagruel (Minami Tanaka) leans far too much into drama. 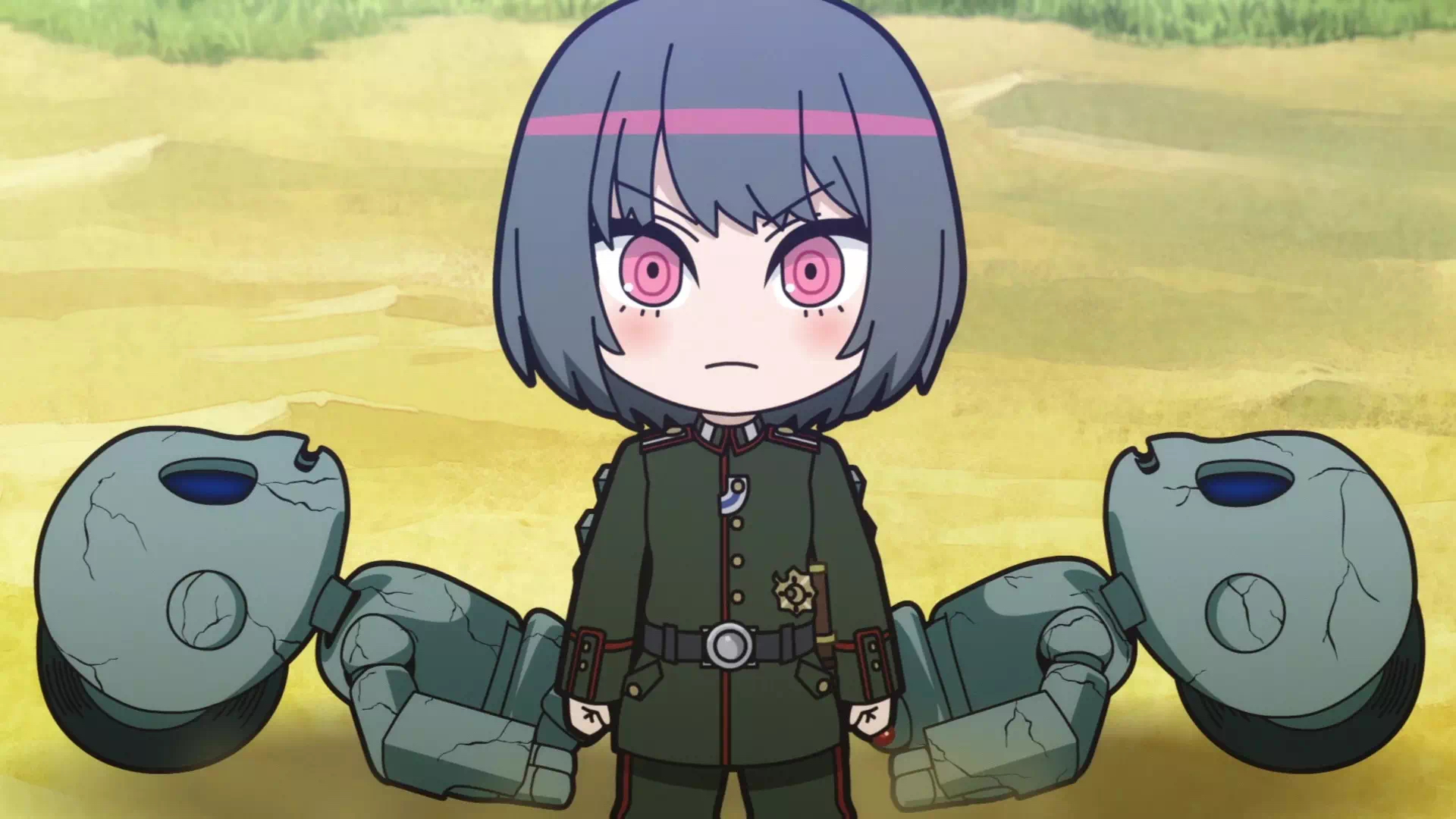 This is where its animation goes against the grains of the narrative. The chibi style may work great on the TV series, but for a big screen adaptation, its overall look comes off far too flat. To be frank, it would’ve been far better if writer/director Minoru Ashina had the characters and the worlds in their traditional style rather in cutesy form, especially with how its story progresses. Alas, that route wasn’t taken, and it results in a visual style that’s far too awkward for the plot that’s been given.

At 110 minutes, Isekai Quartet The Movie -Another World- overstays its welcome, something a fan of most of these series shouldn’t be feeling. Had it taken a cue from Teen Titans Go! To The Movies, a big-screen version could’ve had strong potential. Unfortunately, this film will make most viewers wish that they could visit another world where a better-version of it might exist. Hopefully, when Season Three of Isekai Quartet comes around, it’ll redeem itself for this box office blunder.