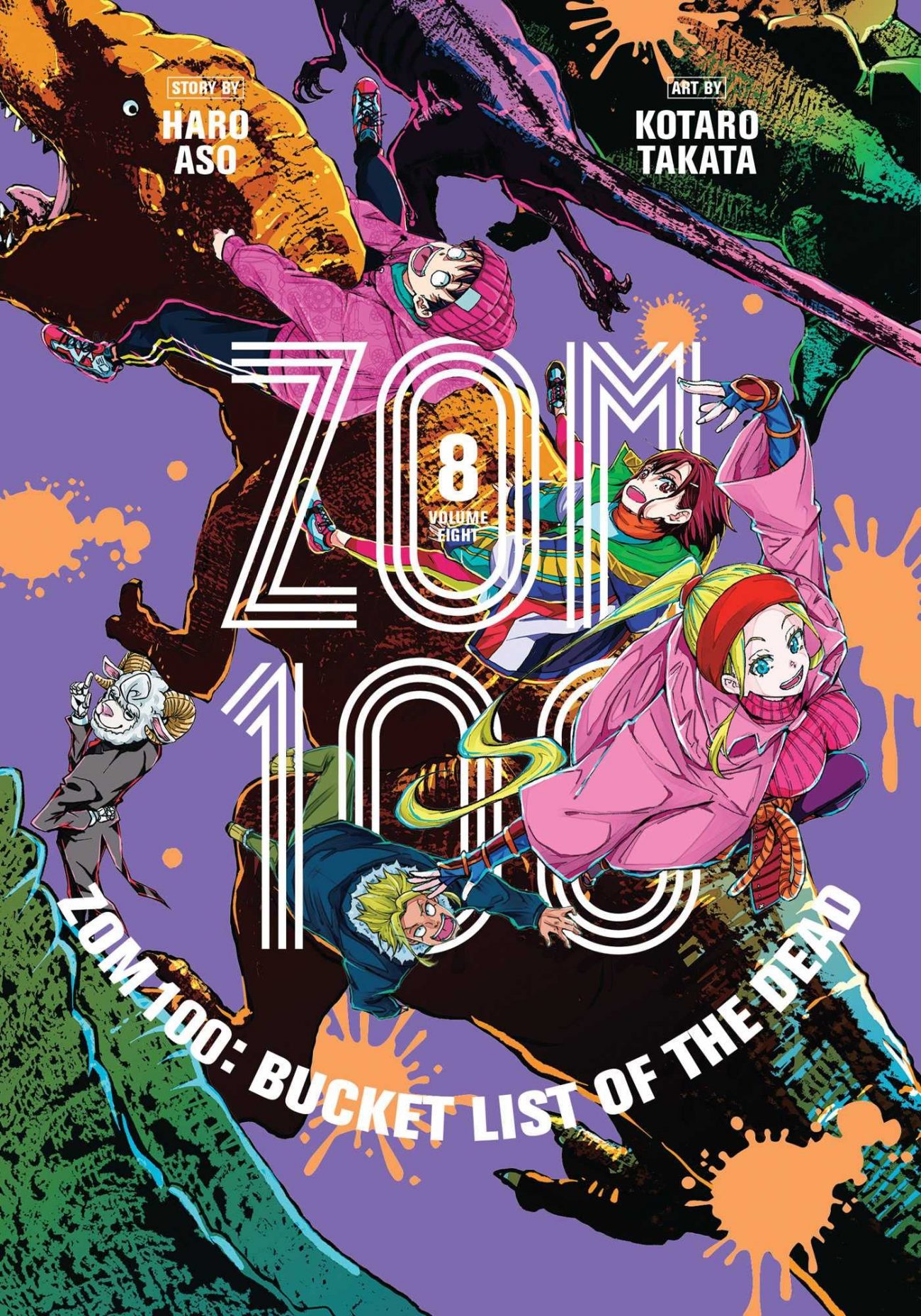 Can you get burnout from having too much freedom? Could boredom sink in if you had all the time in the world? Considering that some folks are exhausted after a long vacation, I’d say that one could easily get tried from a zombie apocalypse. It’s how one handles that situation that’ll make them either a survivor or a victim of their surroundings. This happens to our hero Akira in the eighth volume of Zom 100: Bucket List of the Dead.

Before we get to the boredom stuff, the gang makes a couple of detours. In “Sake of the Dead”, Shizuka aims to cross off “go on a Japanese sake spring” in Niigata. After spewing the history of sake to the others, the gang are fully convinced to waste the night away getting, well, wasted. However, waiting inside a brewery is a sight everyone least expected: non-zombified drunkards! 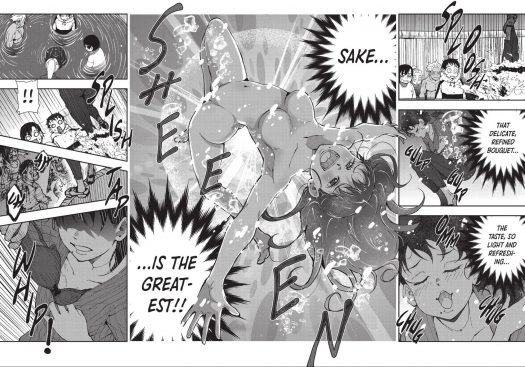 Of course, being Zom 100, non-zombified can go the other way rather quickly. As the undead take over their surroundings, everyone hides in one of the massive sake containers. That’s when their newfound friend Toono is given a pep talk about embracing her party ways, which becomes a key factor in taking on the hoards of the undead. What follows is a moment that I’m surprised didn’t happen in Shaun of the Dead, as Toono discovers an ingenious way of handling zombies.

Akira takes center stage again for the two-parter “Dinosaurs of the Dead”. After finding an excavation site, Akira aims to discover a dinosaur fossil. But the rest of the crew are more lucky at discoveries, leading Akira to feel frustrated. But within the museum and lab rests countless zombies, who chase around Bea, Shizuka, and Kenichiro while getting entangled on dinosaur fossils. 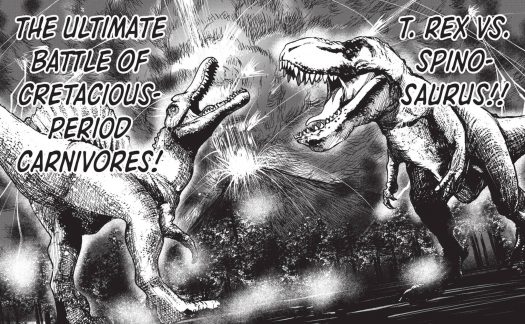 It all builds up to a moment that brings to mind a certain level in the underrated video game Bulletstorm. With the aid of robot butler Lambda Chop, a certain Cretaceous monstrosity is brought back to life, which Akira gleefully takes control of. What follows is a fine mash-up of Jurassic Park and George A. Romero, as two kinds of horrors clash to make up one singular sensation! (Also, I’m starting to lose count how many times Kenichiro’s been stripped naked in this manga.)

This leads towards the final story: “Boredom of the Dead”. Akira becomes overwhelmed by the sensation of completing things on the gang’s bucket list. Wandering around, he gets chased into a lottery ticket store, with no way out. Biding his time, he looks through various philosophy books, which conveniently discuss about the concept of boredom. With the aid of some hallucinations featuring zombified philosophers, Akira is given the chance to see the forest for the trees in his life. 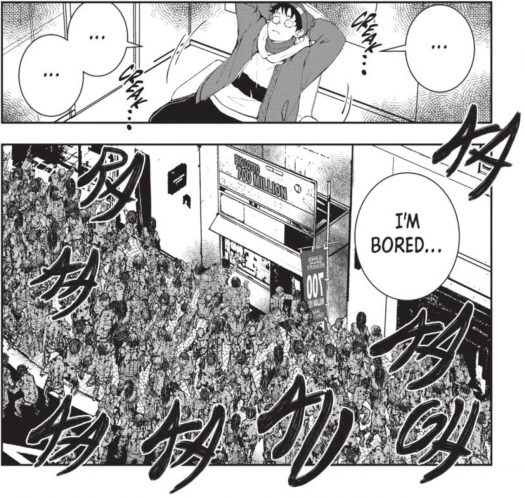 Zom 100: Bucket List of the Dead always puts excitement first into its narrative. However, there are times when a breather is much needed, and not one that requires any sort of physical activity. Volume Eight may go big on the wildness of the gang’s adventures, but it also knows when to just sit down, and relax. After all, when you’re always running away from the undead, the moments to just sit on one’s ass should be counted as blessings rather than time-wasters.