HomeVideo GamesGAME PREVIEW | "Stick it to the Stickman"

GAME PREVIEW | "Stick it to the Stickman" 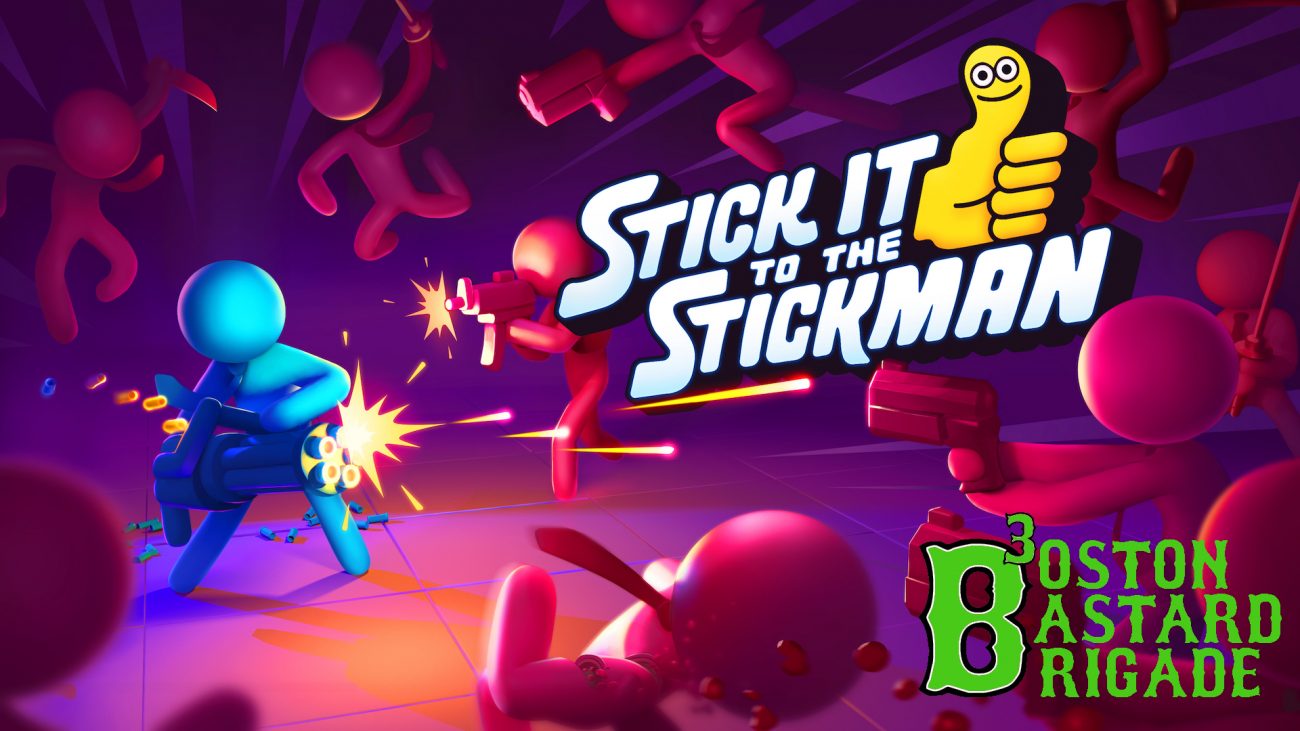 GAME PREVIEW | "Stick it to the Stickman"

When I think of some of the best action films of the last few years, films like The Raid, John Wick, and even Everything Everywhere All at Once come to mind. Free Lives know how to bring cinematic badassery to even the most pixelated of games, as evident by their iconic Broforce and VR behemoth GORN. Using their love of kung-fu movies and batshit crazy premises, Free Lives have created a side-scroller beat ‘em up that’s as wild as it is funny: Stick it to the Stickman.

In the demo, I was given the chance to experience the first area of Stick it to the Stickman, as you climb the corporate ladder to topple the head CEO. And when I say climb, I mean that in the literal sense! Maneuvering from floor-to-floor, my Stickman punched, kicked, and levitated his way to the top. The higher you go, the more powerful you’ll become! 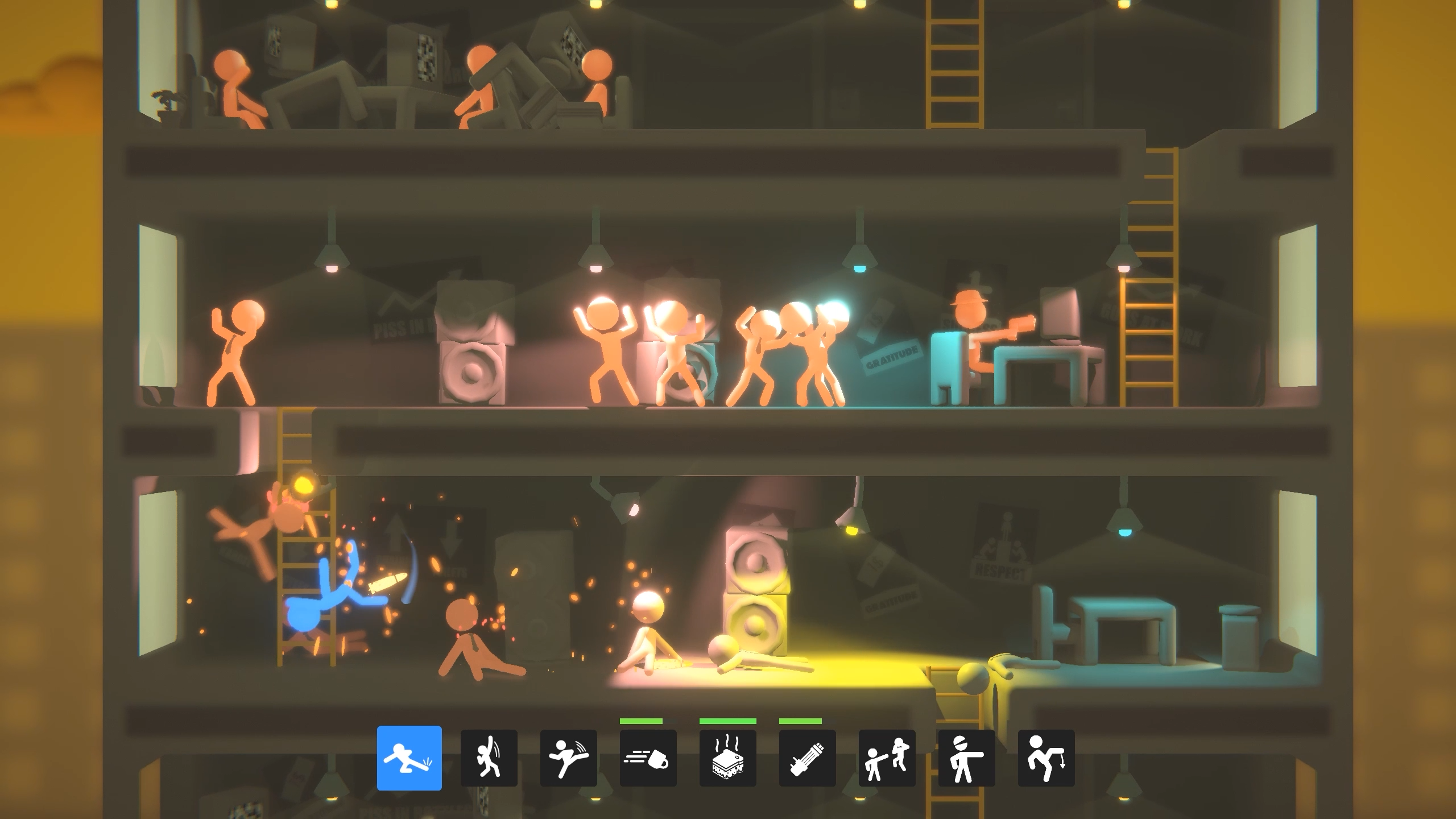 These powers take plenty of homage from the likes of Street Fighter and Dragon Ball. From throwing coffee mugs to landing Shoryukens, my Stickman battled through one salaryman after another like a violent tornado. While the one-on-one fights are fun on their own, it’s when multiple employees gang up on you when the fun really gets going! The sight of watching multiple people being set ablaze before being bicycle kicked through a window is one that’ll make me grin every time I think of it!

Of course, there’s not just regular joes you’re facing off against; you’ve got the bosses to deal with too! Midway through I found myself facing a giant behemoth chained to his establishment. Although I was able to beat him, it took a lot of strategy and perfectly-timed hits to finally take him down. (It also helped that I managed to grab a little extra ammo at the precise moment to land a solid final blow.) 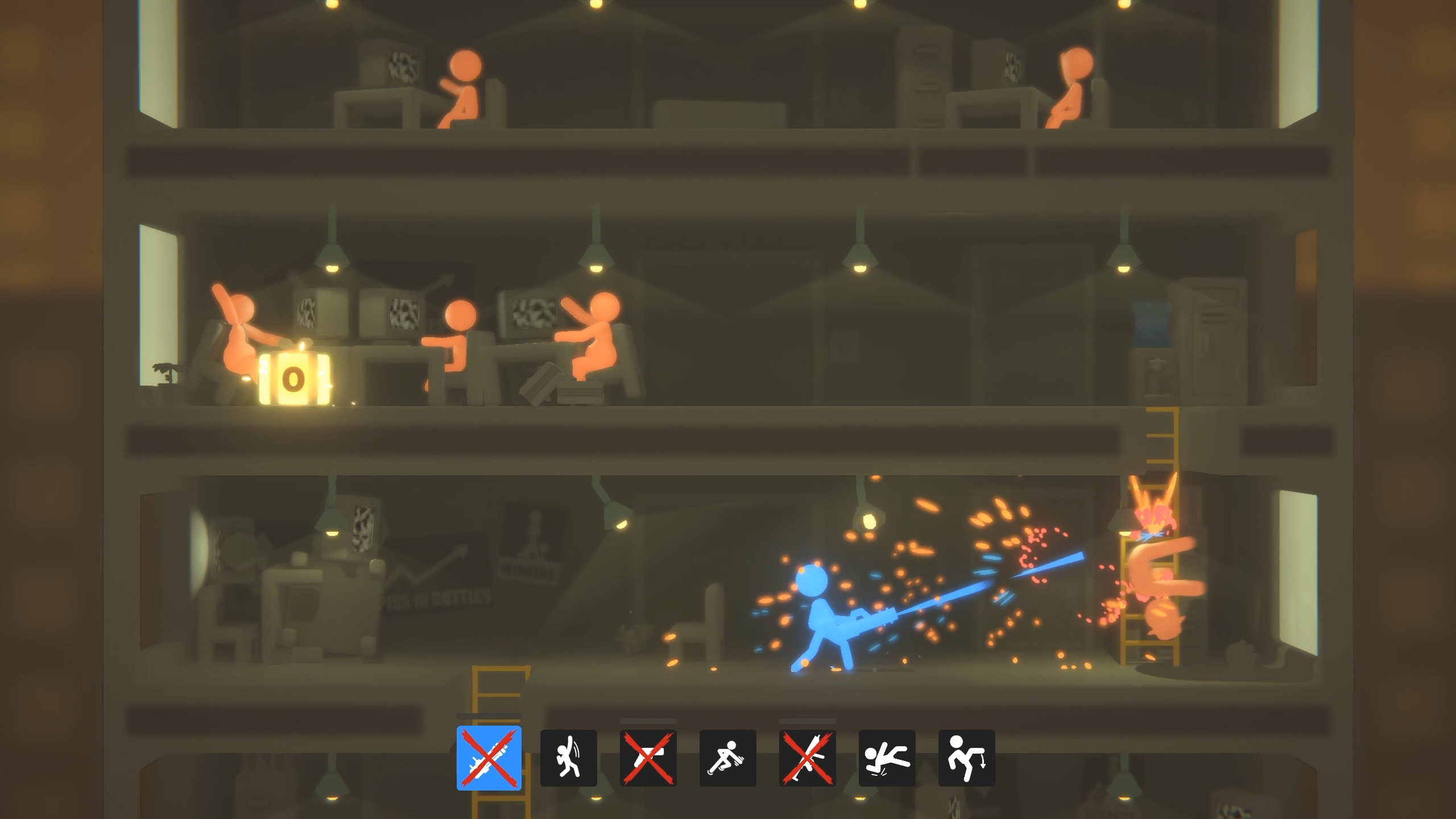 However, it’s at the top of the building where the ultimate fight is held. Going head-to-head with the CEO, he delivered Magneto-like powers with an Agent Smith-like tenacity. Add on hundreds of other Stickmen that attempt to push me back to the ground floor, and I found myself experiencing one of the toughest — and coolest — battles one could even imagine! Once I landed that knockout punch, I knew that the tyranny of low-paid wages was over.

Or so I thought! Once I played the $8 an hour version, I unlocked the ability to play for $15! Yes, it gets tougher with every pay raise, but new unlocked mechanics (which give you a different edge depending on what you choose) will allow one to seek the path towards victory that suits best. But hey, any reason to watch Stickmen get rag dolled to death is good enough for me!

I experienced a taste of Stick it to the Stickman, and I’m ready to swallow its entire course! With multiple levels and ways to play promised (including one where you run people over with a forklift!), Free Lives’s next title is shaping to be one of the next big indies that’lol have everyone clamoring to play! Stick it to the Stickman is due for release in 2023, and if the rest of the game is anything like this, then you can bet that next year will no doubt be the stickiest of them all!

No Borders No Race: Nippon no Nats...