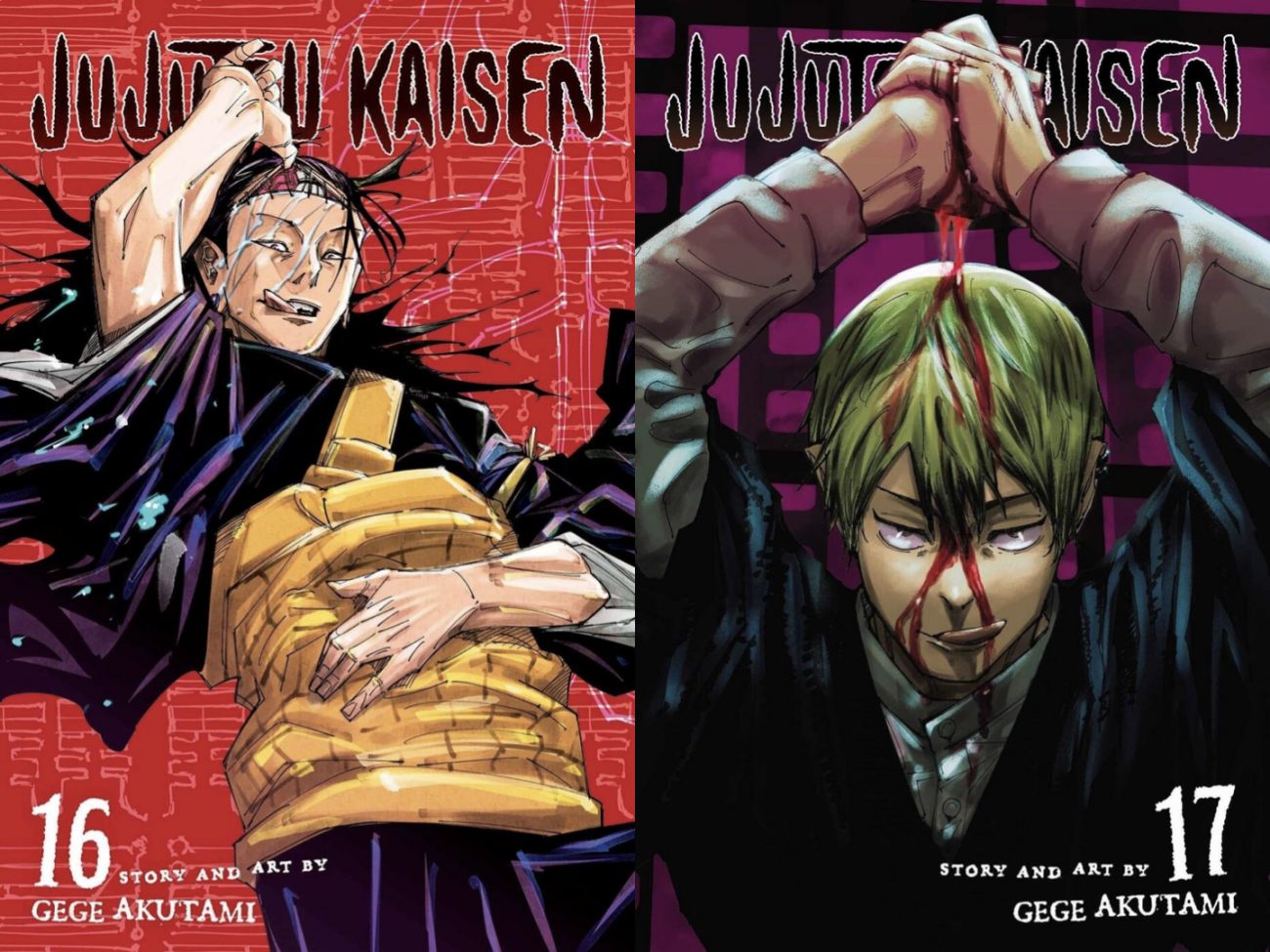 Good news: “The Shibuya Incident” in Jujutsu Kaisen has finally ended! As much as I enjoy a good action-packed arc, Gege Akutami really let this story drag. It became an exercise in grinning and bearing, as my emotions during this story went from feeling excited to pure, unadulterated boredom. Thankfully, Volume Sixteen of Jujutsu Kaisen puts that story out to pasture.

Now the bad news: Satoru Gojo is still stuck in that boxed prison. That means that this manga’s biggest draw (no offense, Yuji!) will be a no-show for the time being. This will more than likely upset many fans of this series, as everyone places Gojo at the top of their list of favorite Jujutsu Kaisen characters. Can the story continue without him, or will it stumble further away from its glory days? 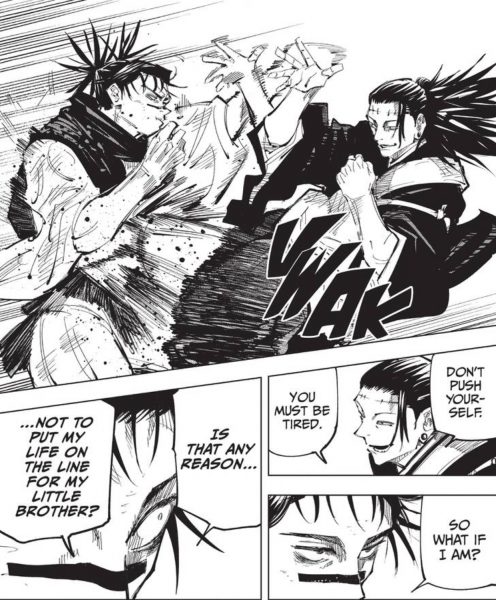 The answer to that question is a little bit of both. The finale of “The Shibuya Incident” delivers a fight that’s as anti-climactic as a shonen series can get. While seeing Geto face off against any Jujutsu Sorcerer who wants what he’s got has its exciting moments, it all results in a conclusion that feels more like a dead end than a bridge to what’s next. It’s clear that Geto’s the big baddie in all of Jujutsu Kaisen, but they could’ve at least offered some sort of satisfying end to this massively long fight.

Thankfully, another familiar face appears, in the form of Yuta Okkotsu. With Gojo stuck in the boxed prison, the Jujutsu Kaisen 0 protagonist sets off to execute Yuji Itadori. It’s leads to a moment where both heroes face off in an epic fight, with the two using every technique Gojo taught them. However, Yuji doesn’t have the curse of a dead childhood friend to aid in his battles; Yuta does, though! 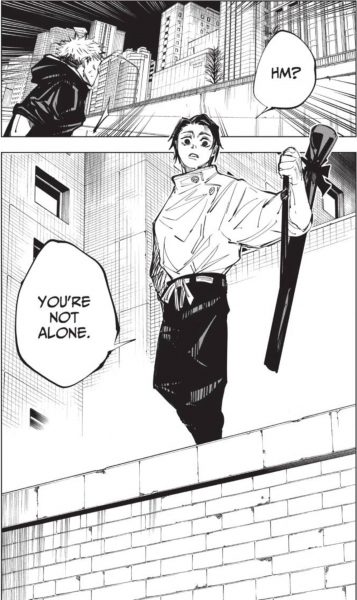 Meanwhile, Choso has his hands full with sorcerer Naoya, who is a little ticked that the Zen’in clan named Megumi as the clan’s newest head. Their fight places a solid focus on when one uses jealousy to fuel their fight, and another with the power of family love. As one can imagine, the jealous types don’t seem to last as long as those with an actual purpose. However, before a final blow can connect, Choso is stopped by Yuta and what he’s holding in his hand.

However, as it’s revealed in Volume Seventeen, Yuta is merely aiding Yuji and Megumi with their current situation. As hinted in the movie adaptation of Jujutsu Kaisen 0, Gojo paid Yuta a visit to give him a rundown on what might happen if he were to be “preoccupied”. Faking Yuji’s death was the only way to get any other sorcerer wanting him dead off their backs for the time being. After all, they’re going to need all of the help they can get for their next venture: The Culling. 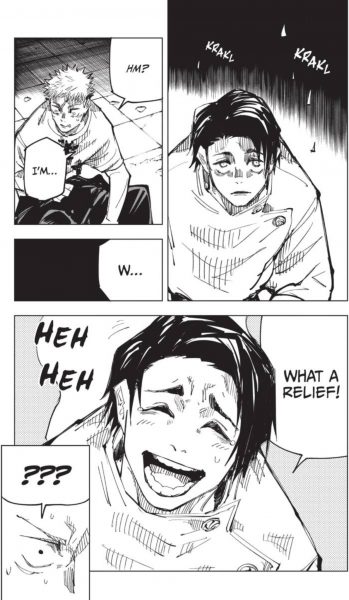 As one can imagine, The Culling involves many battles to the death until one team is left standing. Once all of the rules have been laid out, Yuji, Megumi, and Yuta set off to train for the violent fight. But others are attempting to score a win, as evident by the familiar faces that appear in “training sections”. And when I say training, I mean “killing a hell of a lot of people”!

Fortunately, there appears to be one saving grace in this whole Culling thing: an ability to free Gojo from his prison. Sadly, Gojo wound up destroying the main keys to unlock him, which makes the task all the more difficult for the others to unleash him. It’s a conundrum that may be solved by another Culling participant, but we’ll see if they have the strong will to cooperate! Until then, Jujutsu Kaisen is going to keep its readers speculating on everything. 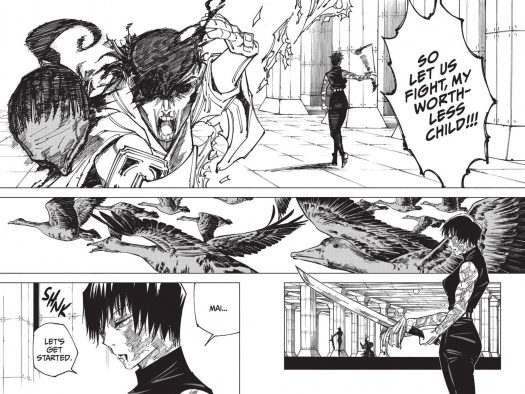 While it’s great that “The Shibuya Incident” is finally over, it doesn’t conclude in the way most readers would’ve wanted it. With that being said, Akutami is setting us up for The Culling, which somewhat saves Jujutsu Kaisen from becoming mediocre. It’s nice seeing Yuta finally enter into main series, and one hopes that he’ll add some great flair to the narrative. But will he stick along for long, or will he be forced to play minor roles as the story continues? Given Jujutsu Kaisen’s track record, one certainly hopes it’s the former and not the latter.