HomeVideo GamesGAME REVIEW | A Workout of Carnage in "GORN"

GAME REVIEW | A Workout of Carnage in "GORN" 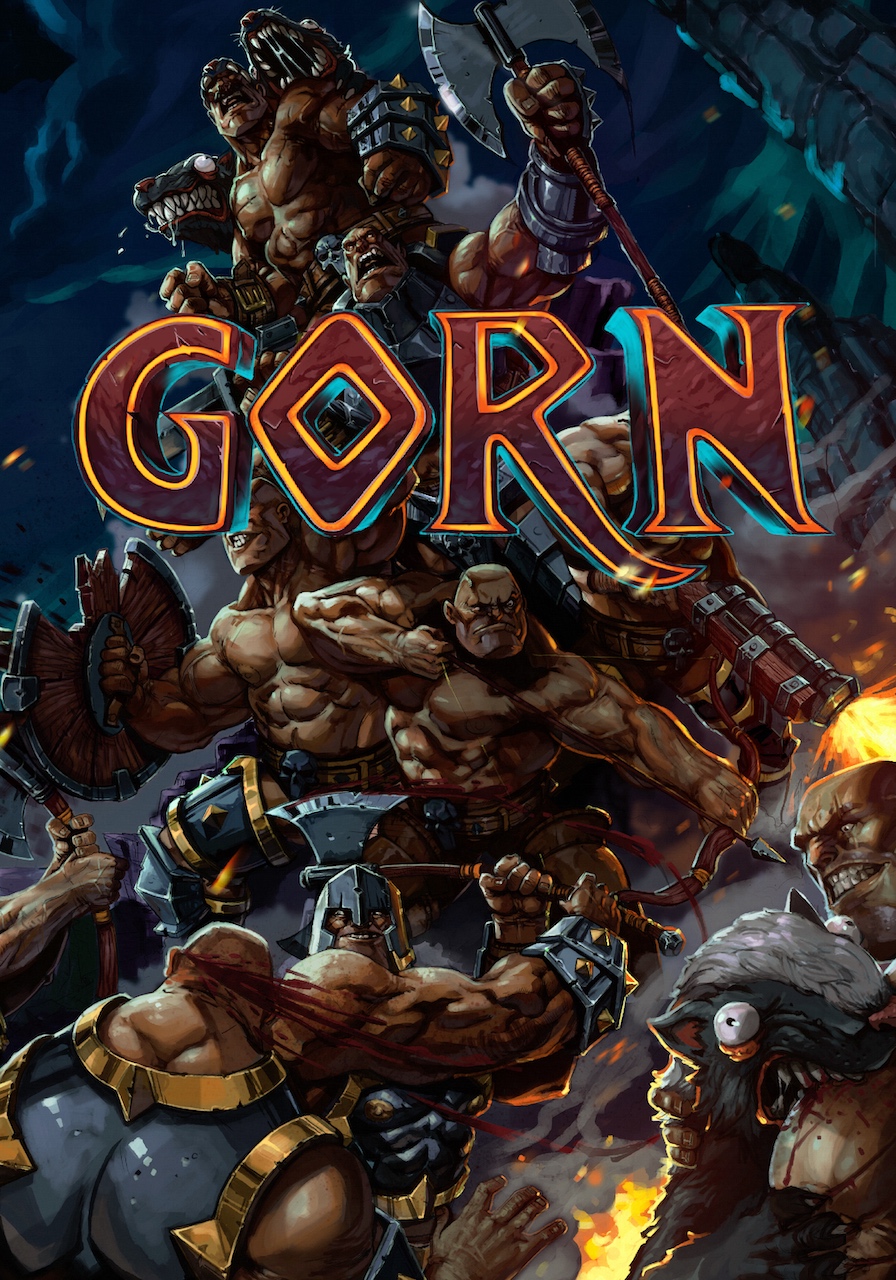 GAME REVIEW | A Workout of Carnage in "GORN"

Have you ever dreamt of being Russell Crowe in Gladiator? The feeling of victory, the taste of blood and sweat, and the chaos of brawling with weapons or fists? Free Lives, who have strong knowledge of bringing muscle-bound movies to consoles with Broforce, knows exactly how to craft a truly immersive combat experience, as evident by GORN. Now nearly a year since it arrived on PC, the blood and gore arrives on PlayStation VR. Does GORN make a proper transition from Steam to consoles?

The premise of GORN is pretty straight-forward. In a colosseum surrounded by floating heads, players go through gladiator after gladiator in order to reach the top of the ladder. Not dying is the true key to victory, as you’ll maneuver through the circle of death throwing punches, wailing weapons, and evading all stabby things. As you climb the ranks, the warriors get tougher. 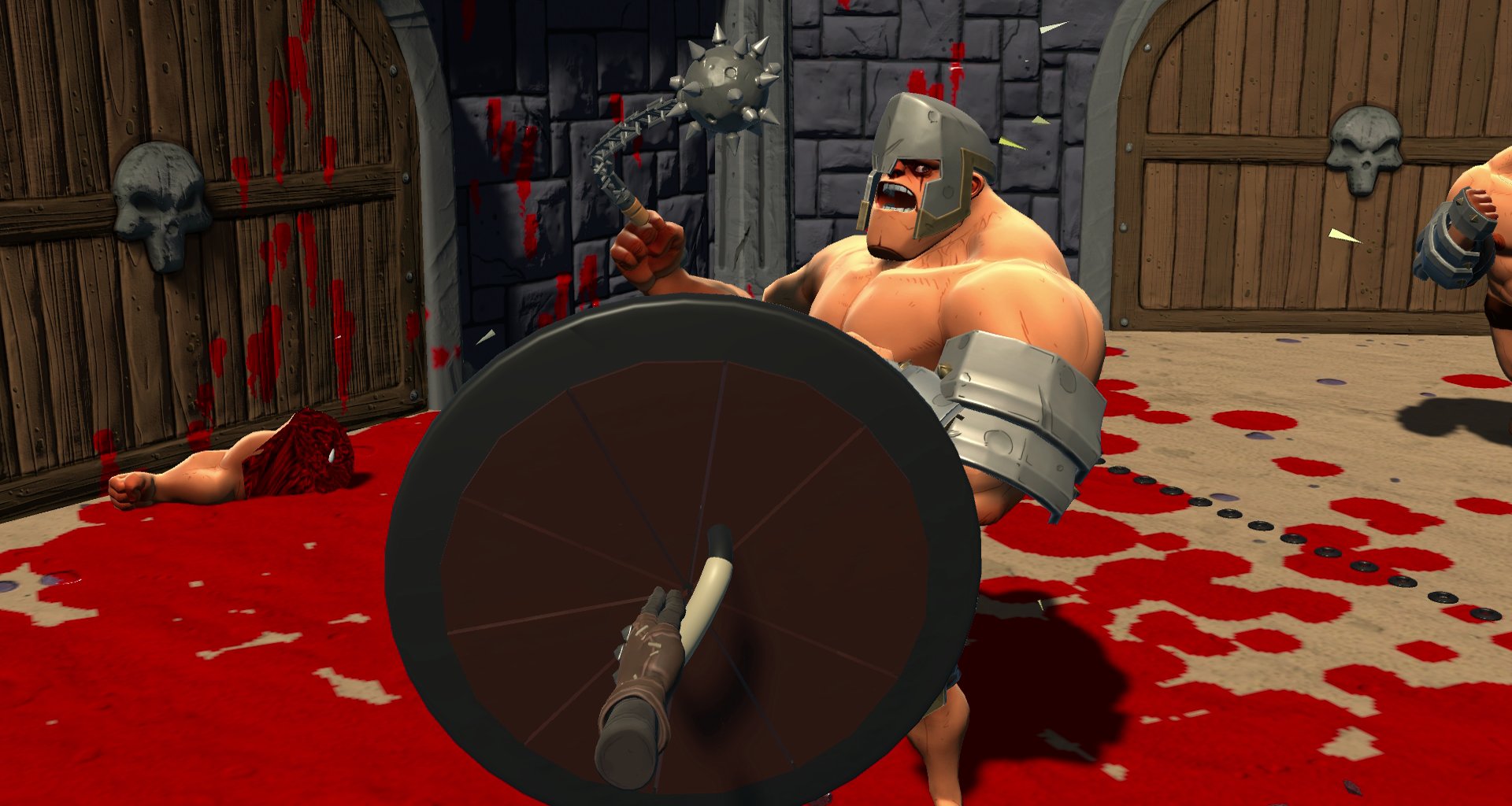 Using two PlayStation Move controllers, champions-to-be will march into fights and do all that they can to survive. Both controllers can be used to brawl, or — if you’re strategic — one can use a weapon and another as a shield. You start off with your bare fists, working your way up to clubs, maces, and spears. The more you do well, the better your next weapon of choice may be.

One thing is certain about GORN: when you play, you’ll get yourself an amazing workout! During my play-through, I often found myself covered in sweat by game’s end. With gyms still currently closed, those looking for a great way to exercise may find themselves pleased with the results they’ll see by game’s end. (Pairing this with the new Space Channel 5 VR will certainly deliver one crazy virtual exercise routine!) 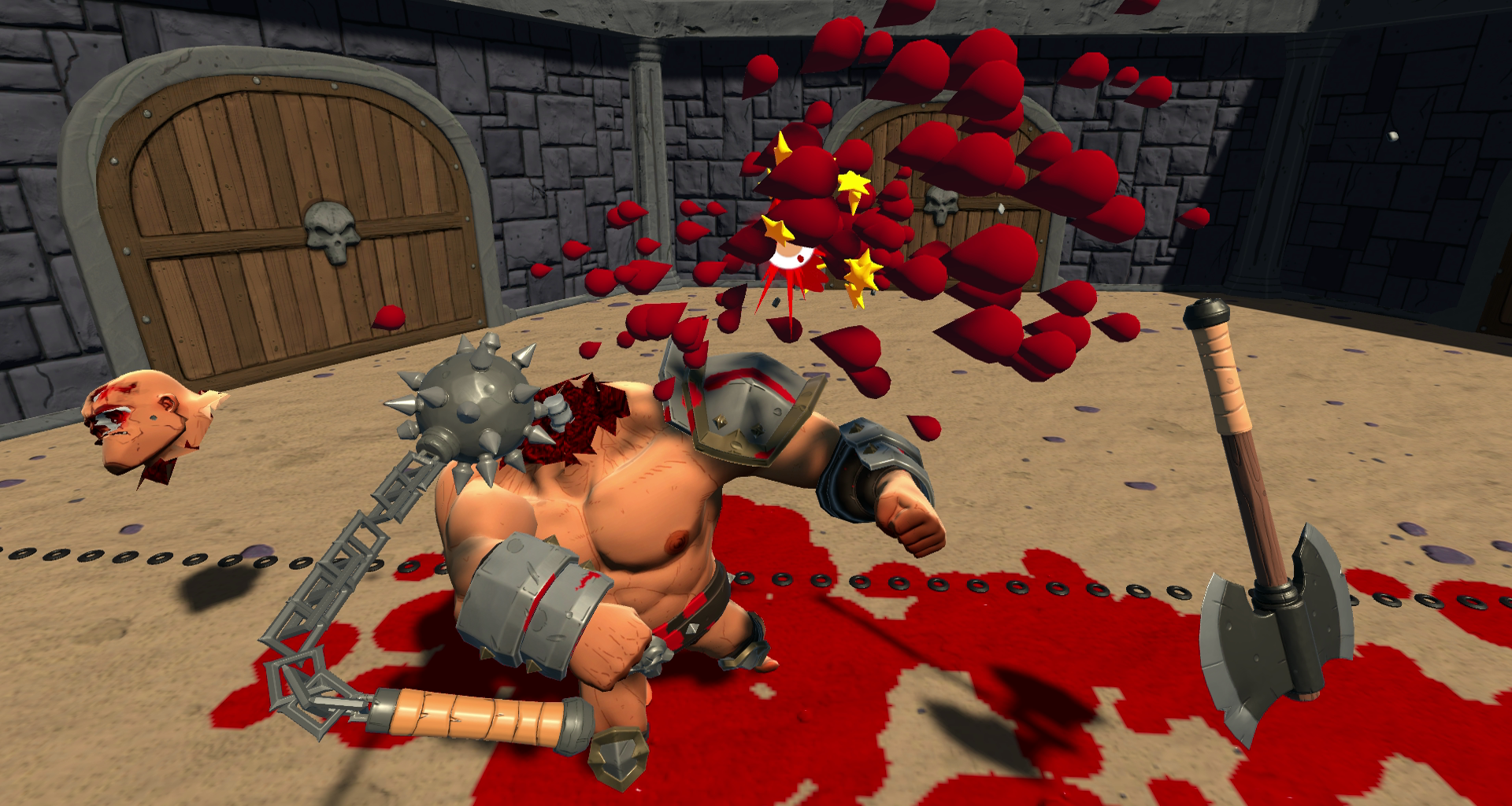 The most important thing about GORN is how ridiculously fun it is! Whether you attempt to strategize a victory or just wanna dive in fists flaying, Free Lives has tailored every sort of fight style in their virtual setting. One of the reasons behind it is how well the controllers read your movement. Every punch you throw and every dodge you make is read nearly perfectly during your experience. (There were a couple of times where it did not read the motion of my Move controller, but it’s rare for that to happen.)

There’s also — of course — the gore factor. The amount of ways you can beat your opponents to a bloody pulp is staggering! Smashing heads in, bashing kneecaps, and bruising the bods of these gladiators is both gloriously violent and hilarious! If you do it right, you can even sever an arm or leg, pick that up, and use it as a blunt object at another opponent. Trust me when I say that you won’t help but giggle crazily whenever you find yourself slicing off a gladiator’s appendage! 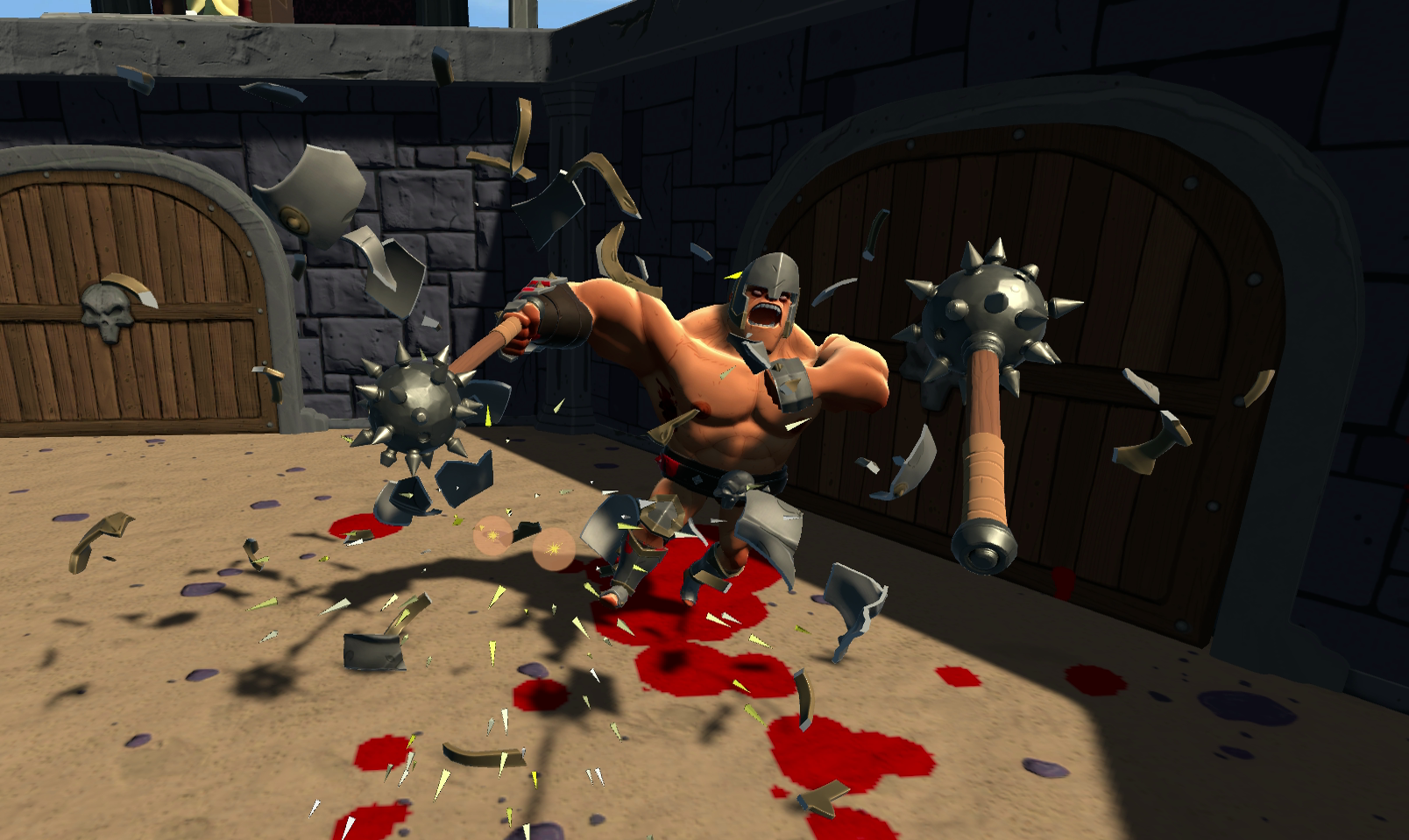 It’s a small thing, but I also like how you move in GORN. Using the top Move button and making a pull motion, you make small sprints towards your opponent. The way your arms move makes it feel like you’re in the midst of a brisk stroll. Again, a tiny pro, but it gave me an extra dose of immersion because of how my arms felt during the game.

While there’s a lot of fun with this game, there’s a minor frustration when it comes to Free-For-All moments. I’m good when there’s no more than three opponents on-screen, as AI gladiators will fight against one another as you deal with the spare. However, it can get very chaotic when there are four or more gladiators to deal with, as you’ll be constantly looking around and making sure you won’t be hit behind your back. This leads me to the one downside of GORN: the quick deaths. 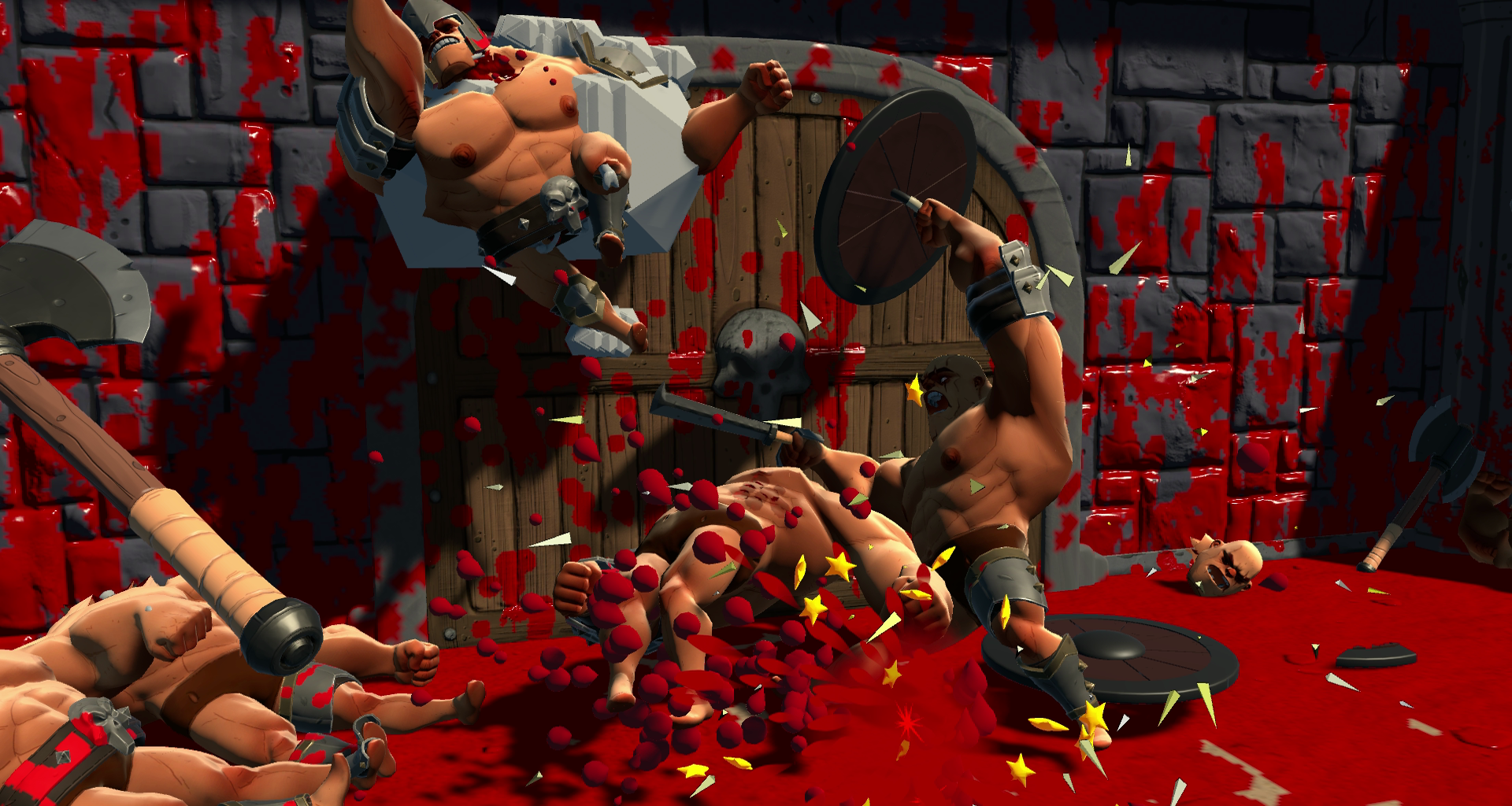 In the game, when you get hit, you’ll have a set amount of time to pick yourself back up and slay whoever knocked you in the noggin. The time limit you have can go very quickly, as your screen quickly turns red and your eyes begin to close. Because of this, Free-For-All levels will take up a huge chunk of your time, as you’ll have to start from the checkpoint each time you croak. It’s a speed bump that keeps GORN from being 100% fun, as the amount of times you’ll have to start again will frustrate you.

GORN is a gory good time for lovers of classic Roman gladiator films. It moves near-flawlessly, and the workout you’ll get from playing it will make up for the lack of gym time in your life. Although it has a couple of bumps in its gameplay mechanics, Free Lives still manages to deliver an insanely fun virtual experience that’ll make you feel like a true champion!

Promotional consideration provided by Stephanie Tinsley of Tinsley PR. Reviewed on the PS4.