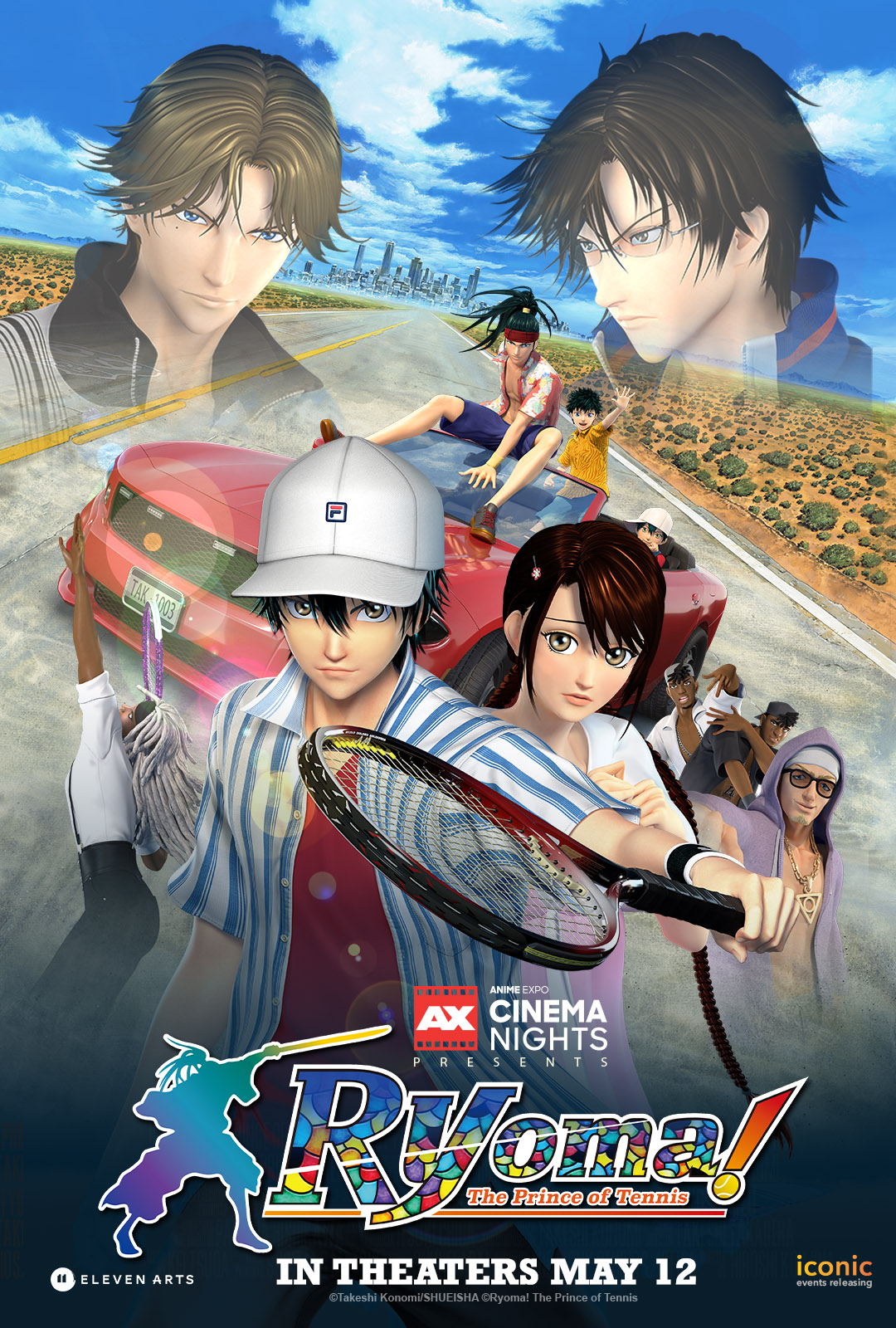 Back in college, I was introduced to The Prince of Tennis via Toonami Jetstream. While the English voice acting was a little wooden, the tale of wonder boy Ryoma Echizen had me hooked to see how he’d reach the top of the pedestal. Sadly, I never got to see how Ryoma went from being the prince to the king of the court, as the streaming site stopped updating episodes a year into its run. (Toonami Jetstream would also be shut down months after Cartoon Network first cancelled the iconic anime block.) Nevertheless, I had hopes that one day I’d run into this tennis prodigy somewhere down the line.

Now nearly two decades later, Ryoma Echizen has returned to America in a new big-screen CGI adventure, which takes place in-between Takeshi Konomi’s original and sequel manga. Entitled RYOMA! The Prince of Tennis <DECIDE>, the film has our titular character in America bettering his skills. After saving his friend/love interest Sakuno from a gang of tennis-playing thugs, she and Ryoma find themselves warped back in time. In the past, the two run into Ryoma’s father, who is just about to partake in the US Open that led him to mysteriously retire immediately afterwards. But when Sakuno gets kidnapped by a gang of black-suited gangsters, it’s up to Ryoma to save her while possibly changing his father’s fate for the better. 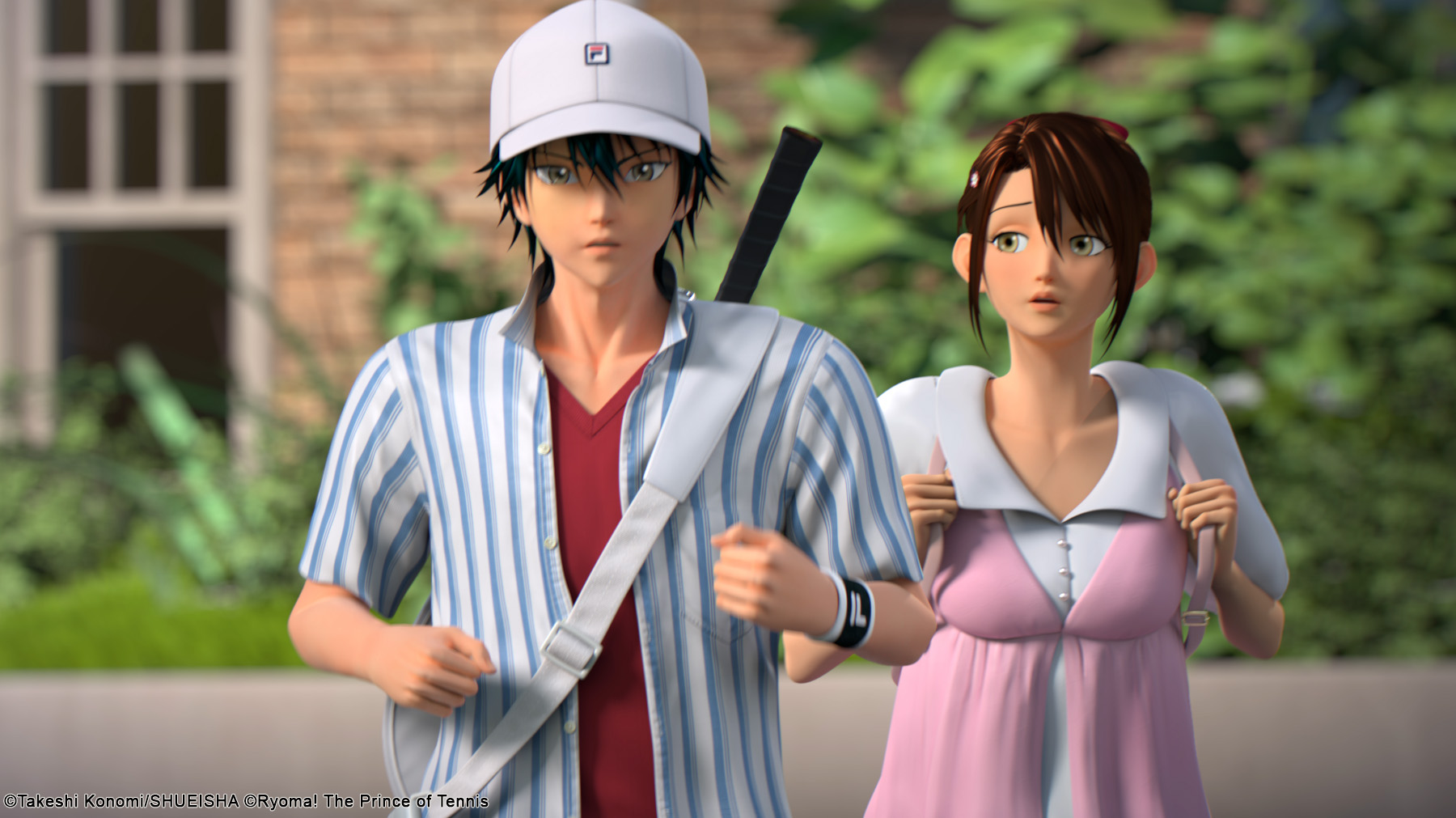 Despite its popularity in Japan, Ryoma Echizen’s story never reached the same heights as Slam Dunk, Haikyū!!, or even YURI!!! on ICE. Perhaps Ryoma’s cocky attitude was a turnoff for some, with his personality being a mix of Denis Leary and Macaulay Culkin. One wishes that this return of The Prince of Tennis would be one for the record books, a possible redemption song for those who were initially wary of a protagonist whose ego was as big as his sports cred. Alas, this film suffers from tennis elbow right at the get-go!

For starters, did you know that RYOMA! The Price of Tennis <DECIDE> was a musical? At its start, viewers will be greeted with an incredibly awkward and poorly choreographed song-and-dance number, with as much emotion showcased as a Shenmue game on Dreamcast. Some will hope that this is just a silly way for a popular shonen sports anime to reintroduce its viewers to Ryoma’s world. Unfortunately, that isn’t the case. 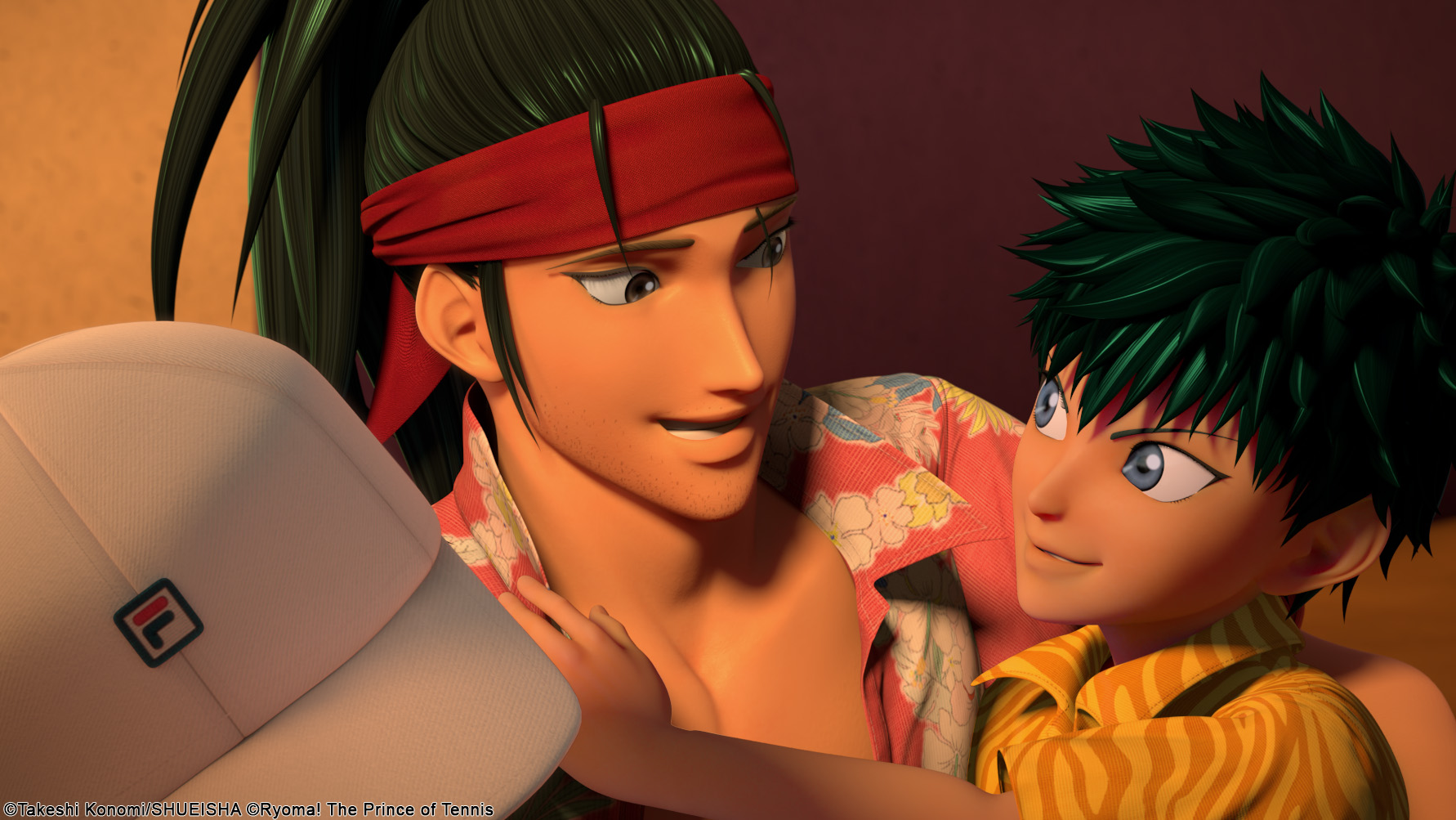 Like many stage musicals based on anime (The Prince of Tennis having fifteen of them as of this review!), a lot of the songs are more focused on exposition rather than emotion. This leads to some truly horrendous lyrics, with every song sounding like a conversation someone has over the most mundane things in life. There’s also a rap song performed by Ryoma and the tennis-playing thugs, with none of them having the mic skills to best even the most mumbled of Soundcloud rappers in existence. Every song in this film feels shoehorned in, lacking the heart of what was heard in BELLE or even the creativity of what Sing a Bit of Harmony delivered.

As for the story itself, RYOMA! The Price of Tennis <DECIDE> lacks the charm, drama, and even humor of the original story. Having Ryoma and Sakuno jumping between being kidnapped and evading the “mysterious” villains for over an hour and-a-half doesn’t make for a high-stakes adventure; it just comes off as a poor cash grab. Nothing of interest clearly happens, and even the reason behind Ryoma and Sakuno’s time-leap gets nary an ounce of explanation. 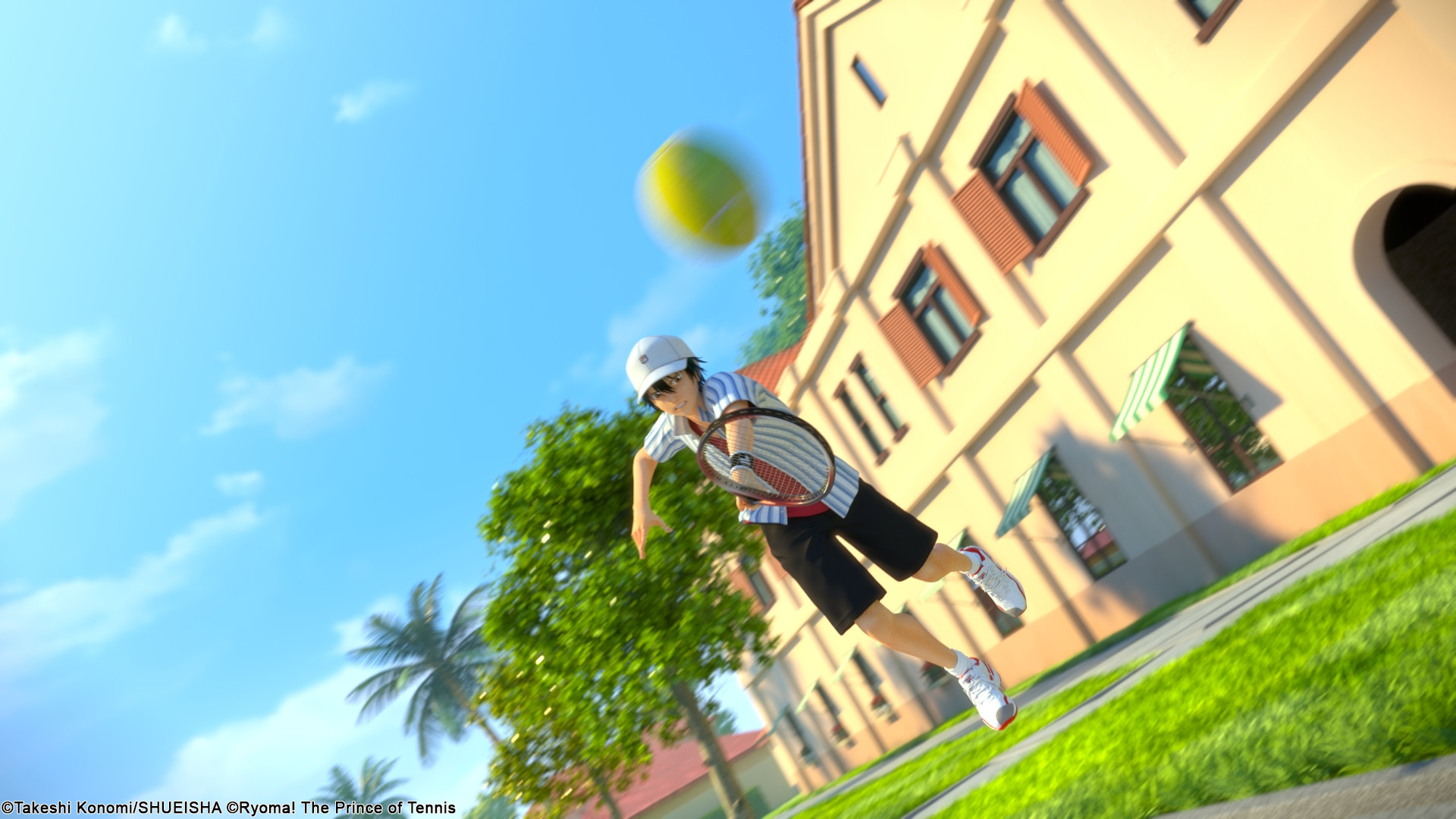 One could understandably be turned off by its choice in CGI style. With Lupin III: The First and BEASTARS setting the standards for what anime should look like in 3D, RYOMA! The Price of Tennis <DECIDE> looks like a cheap knockoff. Its characters shine and move like they’re made of plastic, and the worlds they roam in lack any sort of life surrounding them. Crowd shots in cities and tennis stadiums have a very copy-and-paste feel to them, as if they’re audience members from Madden NFL 2003 on the GameCube.

Perhaps the worst thing about this film is that it’s not the kind of bad that makes it worth laughing at. Nearly the entire time watching Ryoma’s big-screen “comeback” had me wincing at every piece of dialogue, setup, and musical number it threw at me. And instead of returning everything it served, I found myself being smacked face-first by its awfulness, to the point where I wondered whether or not I should just stop watching it! (Believe me when I say that I had the mouse hover over the “Close” button on many occasions.)

RYOMA! The Price of Tennis <DECIDE> does more harm than good for the beloved sports anime/manga franchise. Its narrative is barely a story, the animation is stiff, and the musical numbers are more cringe than that Titanic movie with the rapping dog. Not only is this film a disservice for newcomers of Ryoma Echizen’s story, but longtime fans will find it hard to swallow, much less stomach. Do yourselves a favor and watch the original anime on Crunchyroll, and steer clear away from what could be the most unpleasant fever dream since 2019's Cats. 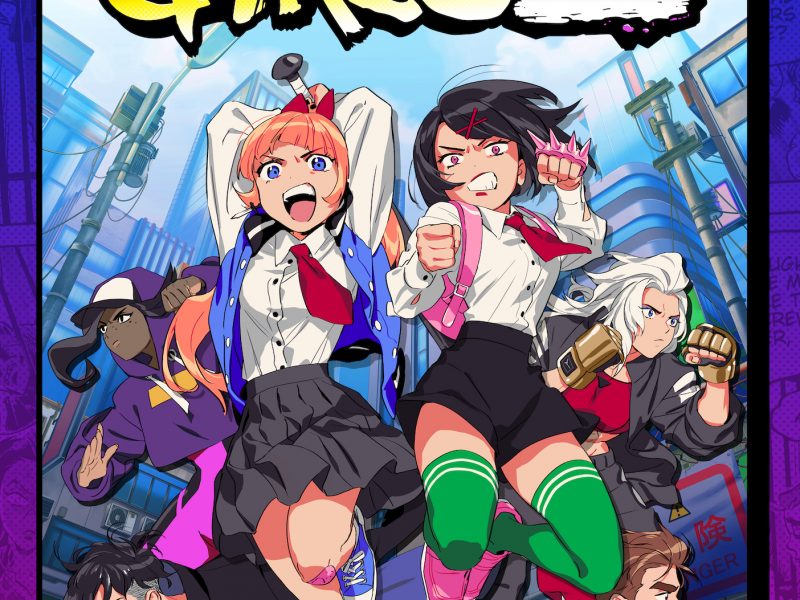