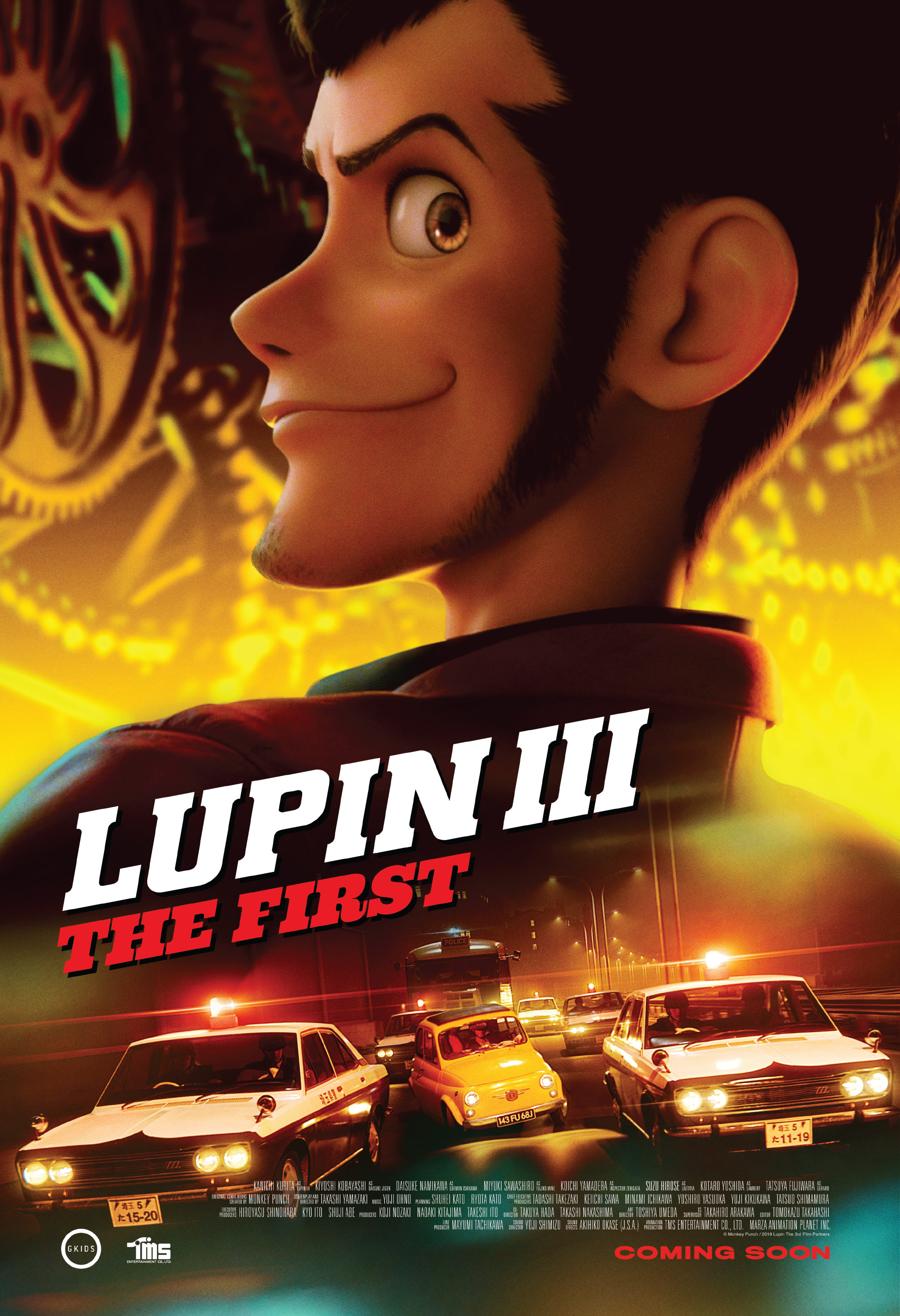 Lupin The Third is, in a word, timeless. Since his debut in 1967 in the pages of Weekly Manga Action, the adventures of Arsene Lupin’s grandson has captivated audiences all over the world. He’s helped not only influence the likes of Spielberg and Edgar Wright, but he literally gave award-winning careers to Hayao Miyazaki and Isao Takahata. Now over half a century later, the gentleman thief takes a leap into CGI animation with Lupin III: The First, a movie that leaves hope that this won’t be the last time we see him in this form.

Written and directed by Takashi Yamazaki, the film places Lupin (Tony Oliver) and his crew across the world as they unravel the secrets of the Breslin Diary. With a newcomer named Laetitia (Laurie Hymes) tagging along, the world-famous thief cracks the codes and slips away from not just Zenigata (Doug Erholtz), but the remnants of the Third Reich. As they, Jigen (Richard Epcar), Goemon (Lex Lang), and Fujiko (Michelle Ruff) get closer to the truth, they discover not just what rests in the diary, but the connection between Lupin and Laetitia.

Yamazaki has a real knack for adding new life to long-running franchises, as evident by his contribution to Doraemon. While Lupin’s had one hell of a resurgence thanks to two new (and very top-tiered) seasons, bringing him to the computer animation realm seems like a natural step towards another form of evolution. The end result not only shows the strengths of the world’s greatest thief in CGI, but also just how much better he works in this environment. Traditional animation will always be Lupin's main home, but this is the first time where we see our favorite anti-hero move and emote in the way creator Monkey Punch must've imagined it.

Every scene pops with personality, be it the way the lanky Lupin runs & evades traps or how Fujiko, erm, bounces with every machine gun shot fired. Watching as Lupin evades capture from Zenigata brings to mind Genndy Tartakovsky’s movement style in the Hotel Transylvania series. It’s not just beautifully detailed, but it’s also got the soul and fluidity of old-school Saturday morning cartoons. Although it’s geared towards more to an older audience, one cannot help but feel like a kid as you watch when the action gets good!

Of course, it’s not just about the action and peril in Lupin III: The First. The script by Yamazaki fits perfectly into the lore and attitude that has made Lupin one of the most exciting and smart series around. There’s also the heart of Lupin, as his interactions with Laetitia demonstrate that he’s not always the sex-crazed jewel-fevered horndog he’s painted as. Rather, it’s when a few nods to his grandfather sneak in out of the blue where the story dazzles, in ways that will make both literary lovers and anime fans grin from ear to ear.

It was the right move for GKIDS to keep the original English cast, as Oliver has perfected the vocals that breathe life into Lupin The Third for nearly two decades. Epcar and Lang are always scene-stealers as Jigen and Goemon, with Ruff cranking up the seductive side of Fujiko when the time calls for it. Newcomer Hymes delivers a lot of heart and brains as the Boston University-craving Laetitia, playing the straight (wo)man well to the goofy thief. (With that being said, it’s a lot more challenging to dub the lip movements of CGI characters than with 2D animation, so be prepared for some awkward synching here and there.)

Lastly, you cannot have a Lupin adventure without the sounds of Yuji Ohno. His You & The Explosion Band delivers one bombastic number after the next in the film’s score. It’s exciting, romantic, daring, and — above all — the perfect companion to the thief’s antics. Like Henry Mancini to Inspector Clouseau, Ohno acts as the musical shadow to Lupin every step of the way.

2020 has already been a stellar year for Japanese animated films, thanks in part to Weathering With You and Made in Abyss: Dawn of the Deep Soul. Leave it to Lupin The Third to come in and yank the trophy from his competition, with a story and presentation that wows all of your senses on every one of its frames. Not only does Lupin III: The First cement Marza Animation Planet as the best CGI animation studio in Japan, but it also sets itself up to be a worthy rival to the Pixars and the Illuminations of the western world. If I were a betting man, I’d say that Lupin’s currently eying a couple of golden statues to steal next...