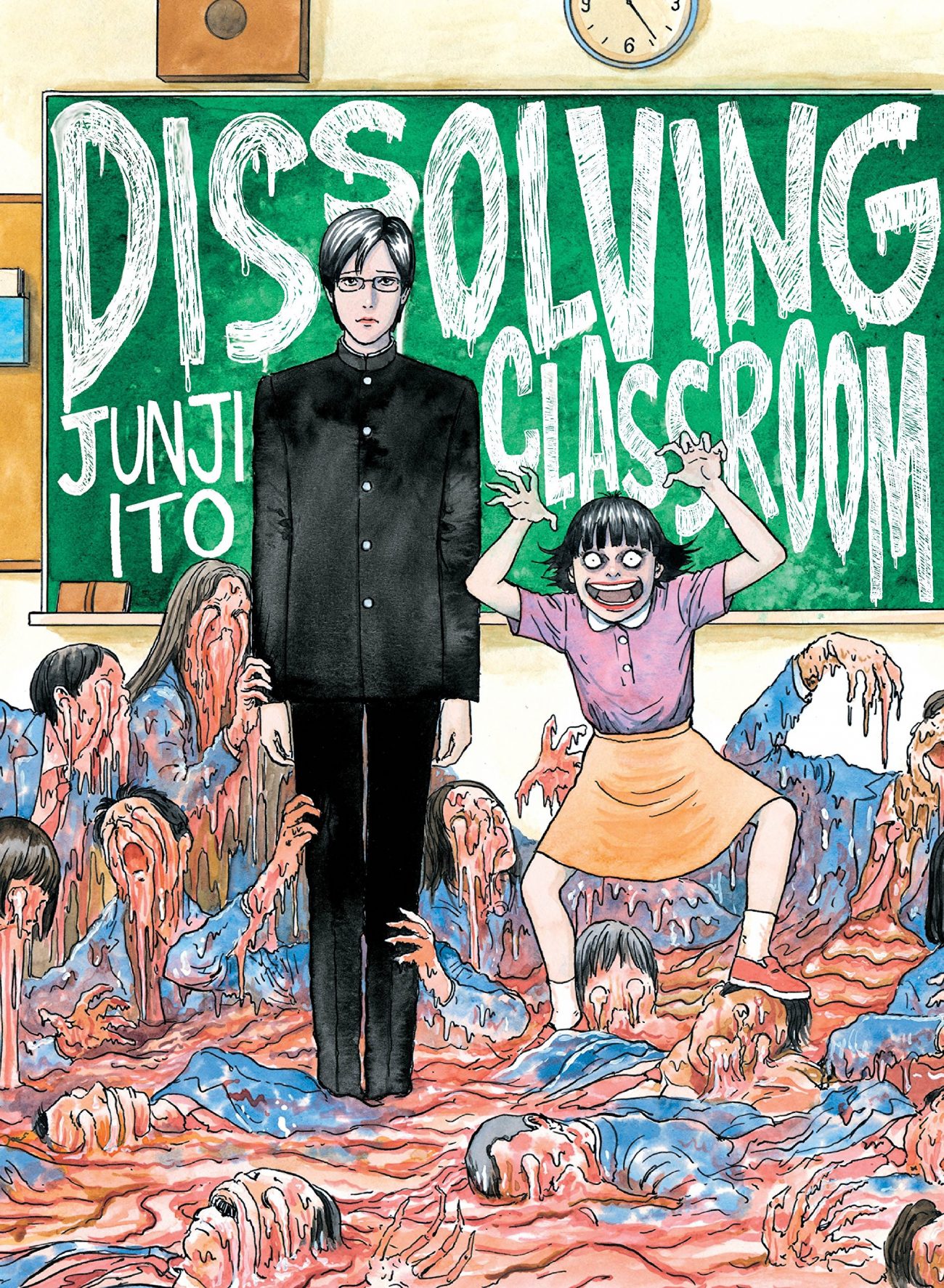 Saying sorry over and over again can annoy people, but can it kill? Junji Ito brought this idea to life in his Yokai Kyoshitsu mini-series nearly a decade ago. Published here in the English realm as Dissolving Classroom, the short manga puts its focus on two troubled/troubling siblings. What follows is a strange narrative filled with uncomfortable tension and grotesque humor.

Told in five parts, Dissolving Classroom begins with the introduction of transfer student Yuuma Azawa. He has a habit of constantly apologizing, a habit that leads him to get bullied by his peers. Classmate Keiko takes pity on Yuuma, who tries to tell him not to apologize so much. That’s when his little sister Chizuma appears, chasing after Keiko and causing her to be hit by a truck. 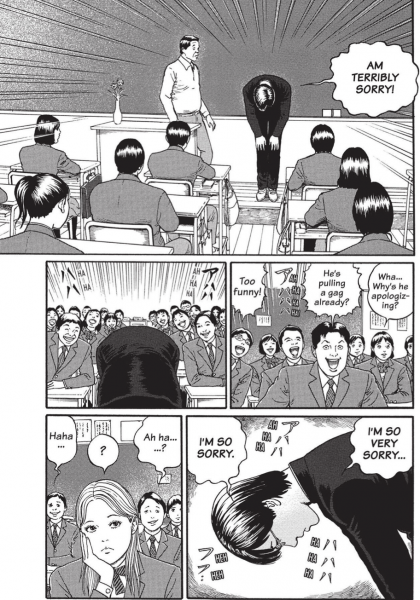 When Keiko comes to, Yuuma apologizes some more, as Chizuma taunts her brother for his actions. But things get a lot weirder when Keiko’s parents start getting runny noses. Then her classmates start to get the mysterious code. And then, as their fates have already been sealed, everyone realizes it’s not snot coming out of their nostrils; it’s their brains!

Yuuma and Chizuma cause melting chaos wherever they go in Dissolving Classroom. Sometimes it’s Chizuma that’s the troublemaker, as she takes a liking to a boy and forces him to stay in their home. But mostly, it’s Yuuma that’s the cause of the most trouble, be it making people melt or — in one short story — causing beautiful people to turn hideously ugly! Chizuma claims it’s because of Yuuma’s pact with the Devil, a fact that no one takes seriously. 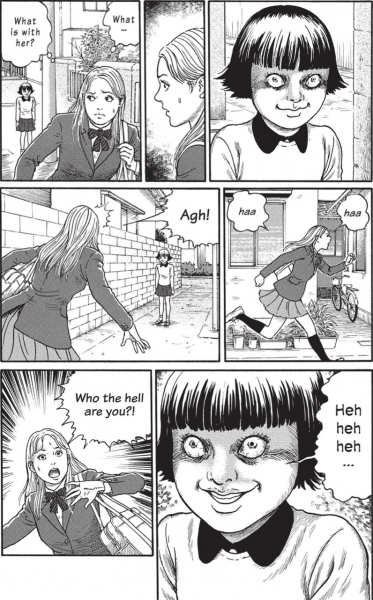 However, Junji Ito makes it clear that the Devil is literally in the details. Flashbacks show Yuuma’s past actions, with his parents slowly being affected by their son’s ways. Chizuma, whose mannerisms are like a blend of a hobgoblin and imp, acts more like a cheerleader for Yuuma’s carnage, as her mocking tone hides her real joy of seeing so many victims puddling in their presence. She also sometimes has the pleasure of doing something with the puddles that, well, you best read it yourself to see it.

Dissolving Classroom takes more of a gruesome route than psychological one. While there are plenty of mind games on display, it’s the sight of people’s brains melting from every orifice that showcases the true horror of this narrative. With that being said, one could easily place it in the horror comedy sub-genre, as there’s nothing here that’ll keep you up at night for days on end. (The two bonus stories, “The Return” and “Children of the Earth”, also have their fair share of humor and unsettling horror.) 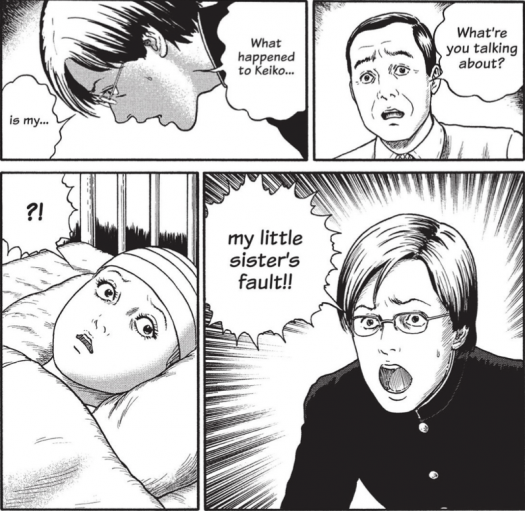 Junji Ito knows how to mess with readers’ minds, and Dissolving Classroom is no exception. Visually, it’s creepy and unsettling; story-wise, it’s surprisingly humorous. Dissolving Classroom might not be nightmare-fueled, but it still showcases why Ito is the true King of Horror in the manga field.

GAME REVIEW | Thrice the Mayhem &a...