HomeAnimeWinter 2020 Anime Recap: The Good, The Bad, And The Meh! 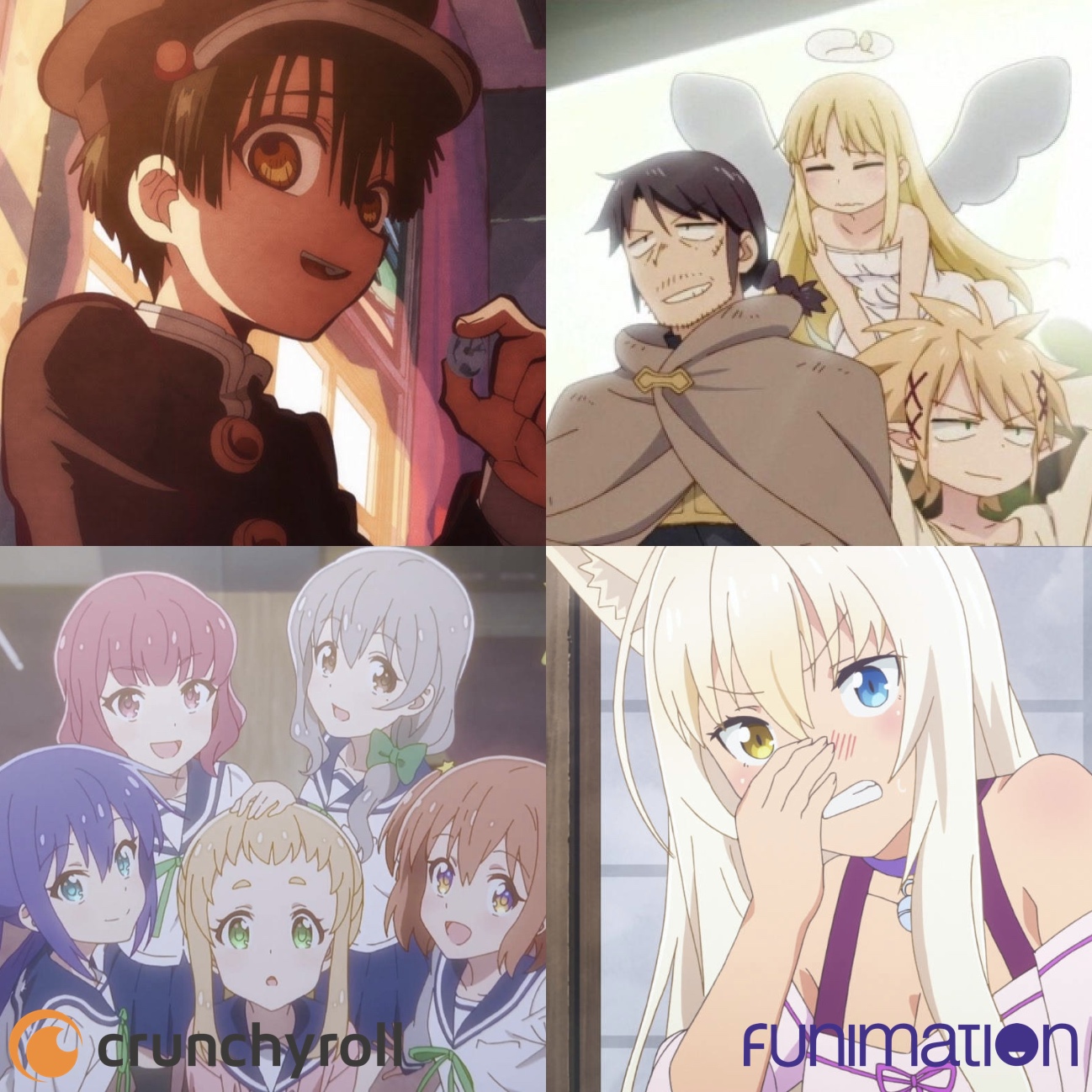 With the Fall 2019 anime series ending the decade with a whimper, a lot of attention was given to the Winter 2020 season. Would it be a sign of a decline in anime quality, or would it bring forth new classics right at the get-go? As it turned out, the 2020s wanted to start things out with one hell of a bang, thanks in part to three animation-loving high schoolers, a gifted RPG noob, and one of the most risqué anime to hit TV screens in a very long time. Let’s look back at the shows that surprised the most, and the ones that will fade into obscurity. (Check out our reviews of Keep Your Hands Off Eizouken!, Seton Academy: Join the Pack!, and A Destructive God Sits Next to Me at their respective links!) 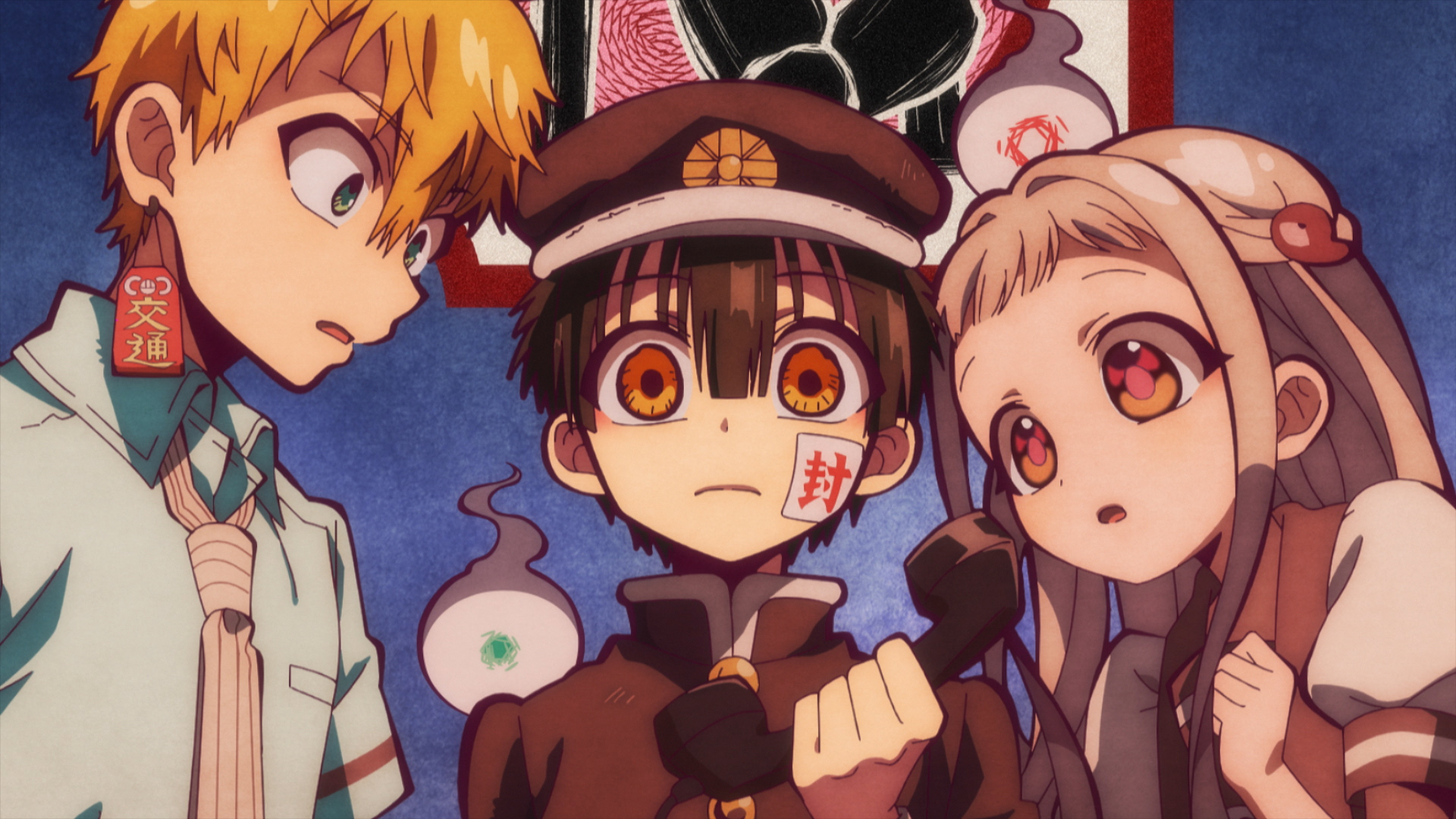 With GeGeGe no Kitaro wrapping things up, it was time for another spirit to take the wheel. Enter Toilet-bound Hanako-kun, whose titular character was as mischievous as he was heartfelt. With his hew human partner Nene in tow, Hanako-kun faced off against various school mysterious that defied the imagination and tickled the funny bone. Visually stunning in every frame, Toilet-bound Hanako-kun wowed its viewers every week with its sharp script, great jokes, and the best animation LERCHE has done since Assassination Classroom.

Toilet-bound Hanako-kun can be viewed on FunimationNOW and Hulu. It has been licensed by Funimation.

BOFURI: I Don’t Want to Get Hurt, so I’ll Max Out My Defense. 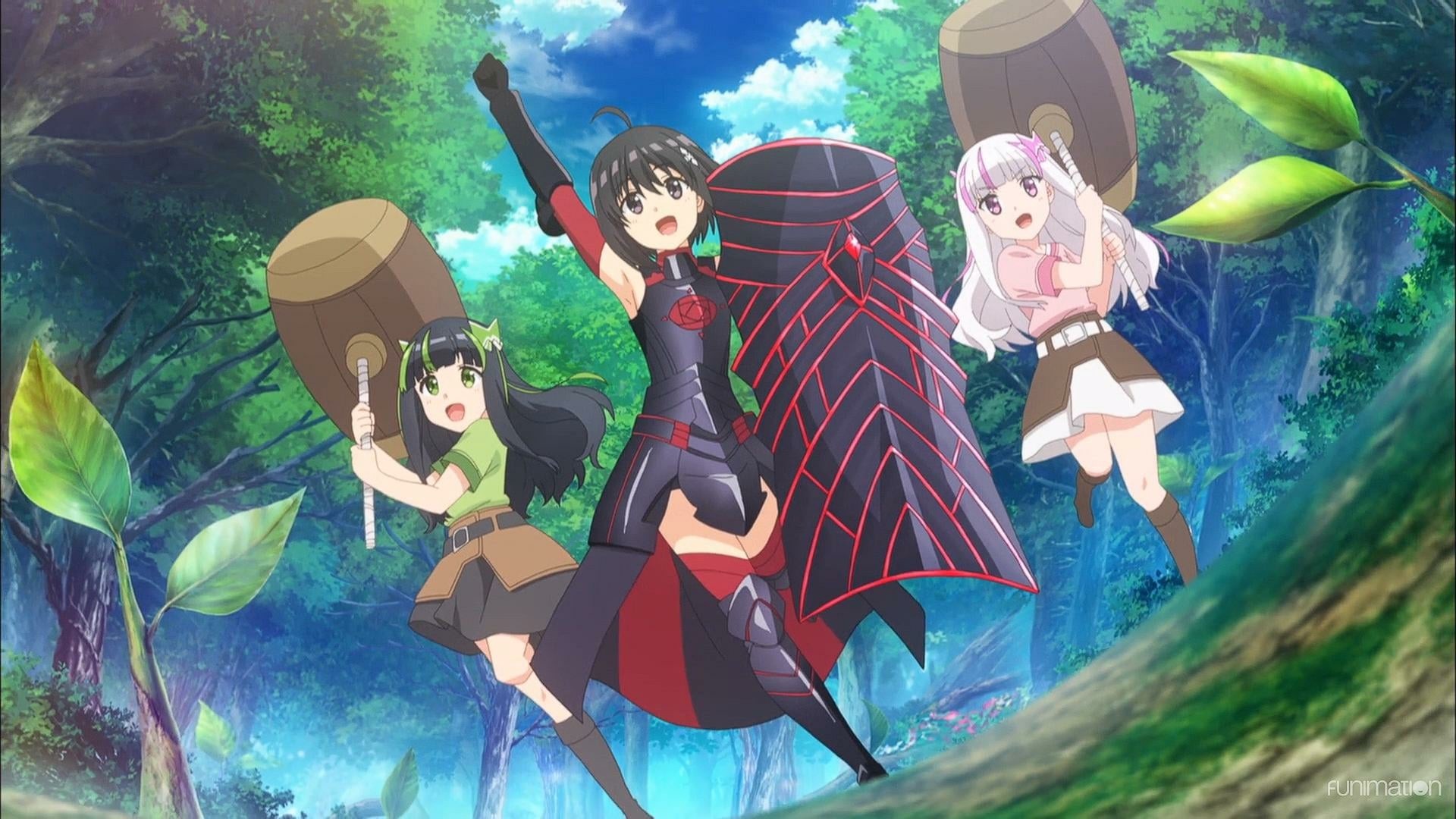 Overpowered heroes are sometimes hard to root for. (Looking at you, Kirito!) But take a cute newcomer to the RPG world, and have her accidentally become the most powerful player in a game, and you’ve got the makings of one of the funnest fantasy anime around! BOFURI placed its importance on having a good time in a virtual space, and Maple and her guild demonstrated it with crazy action, relatable humor, and an all-around good story. With a second season already announced, it’s apparent that Maple Tree’s adventures are far from over. So long as that giant flying turtle’s around, we’re more than happy to keep on returning to what BOFURI has to offer!

BOFURI: I Don’t Want to Get Hurt, so I’ll Max Out My Defense. can be viewed on FunimationNOW and Hulu. It has been licensed by Funimation. 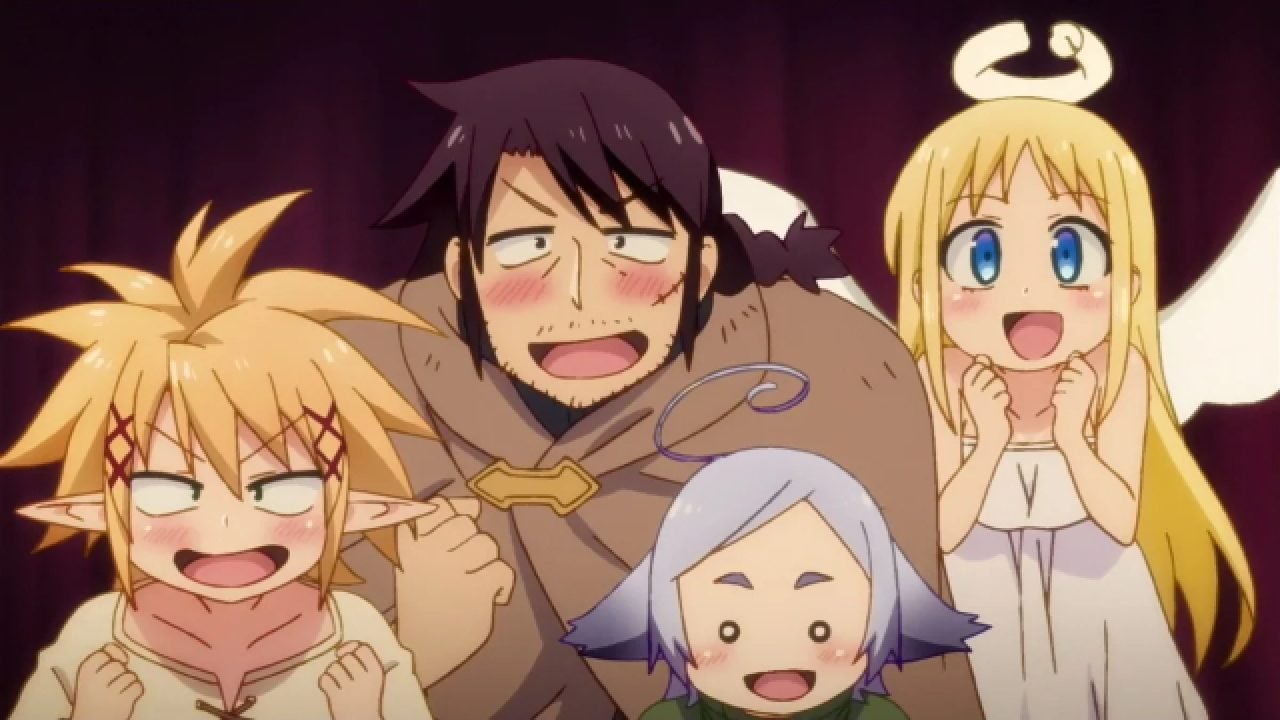 Let’s not beat around the bush: Interspecies Reviewers is the closest thing to hentai to ever hit TV. Not knowing how steamy it’d get, its original American licensor dropped it, and it was also pulled off of some stations in Japan. But the debauchery and sexiness that Zel, Stunk, and Crim experienced had some of the most laugh-out-loud moments in anime this past winter. Rarely has an anime come around that’s been this sex positive, and Interspecies Reviewers achieved it with its sly humor, raunchy escapades, and one of the catchiest theme songs of the year! (Though you may not want to eat eggs for awhile after watching a certain episode. Or mayo, which is also made of eggs.) 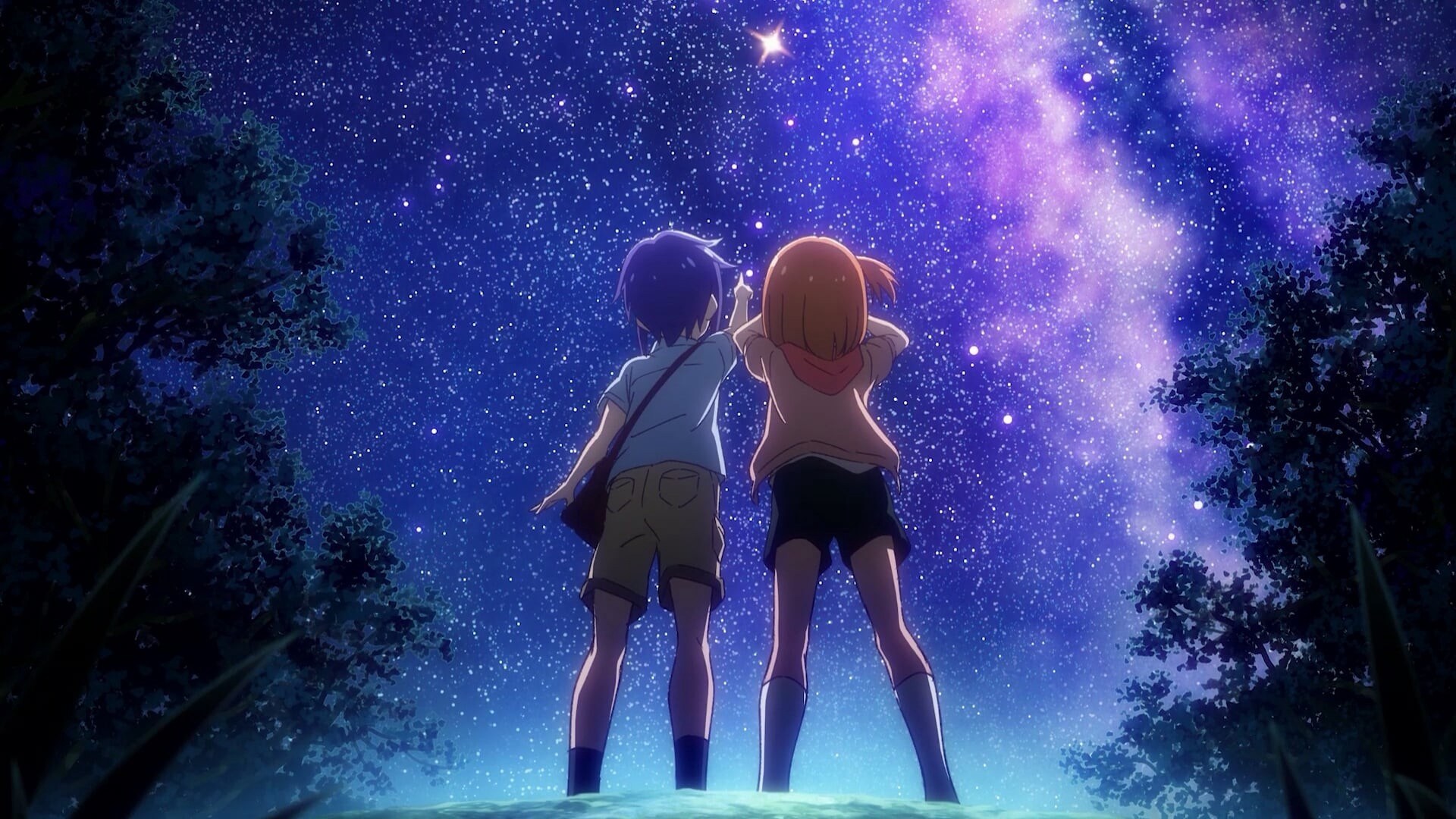 As much as I love Doga Kobo’s work in the “cute girls doing cute things” genre, Asteroid in Love felt a little bit lacking compared to their past contributions. The tale of two long-lost friends Mira and Ao reuniting in high school had some heart to it, but its content about astronomy and geology felt somewhat uninspired. It can be cute and pull out some unexpected laughs at times, but once Asteroid in Love reached its end, the antics were quickly forgettable. It had potential, but it couldn’t reach the stars to make something out of it.

Asteroid in Love can be viewed on Crunchyroll, VRV, and FunimationNOW. It has been licensed by Crunchyroll & Funimation. 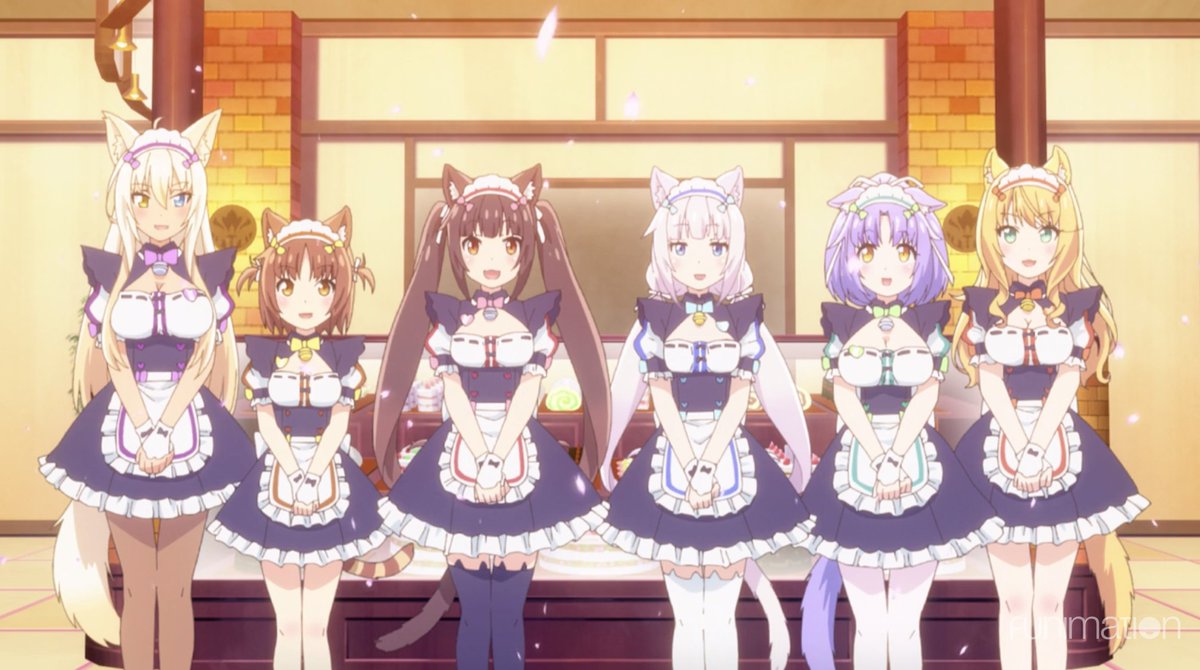 How hard is it to make cat girls interesting? Apparently it’s challenging, as the popular eroge Nekopara hit TV screens with the naughtiness taken out and...nothing to fill that gaping hole. There’s enough here to make picking which cat girl’s the best (and if you don’t say Coconut, then we’re banishing you to the Shadow Realm), but story-wise, there was very little to grab hold of anyone’s attention. Stick to the original visual novel, as it is apparent that the 18+ stuff is what made it worth a gander in the first place!

Nekopara can be viewed on FunimationNOW. It has been licensed by Funimation. 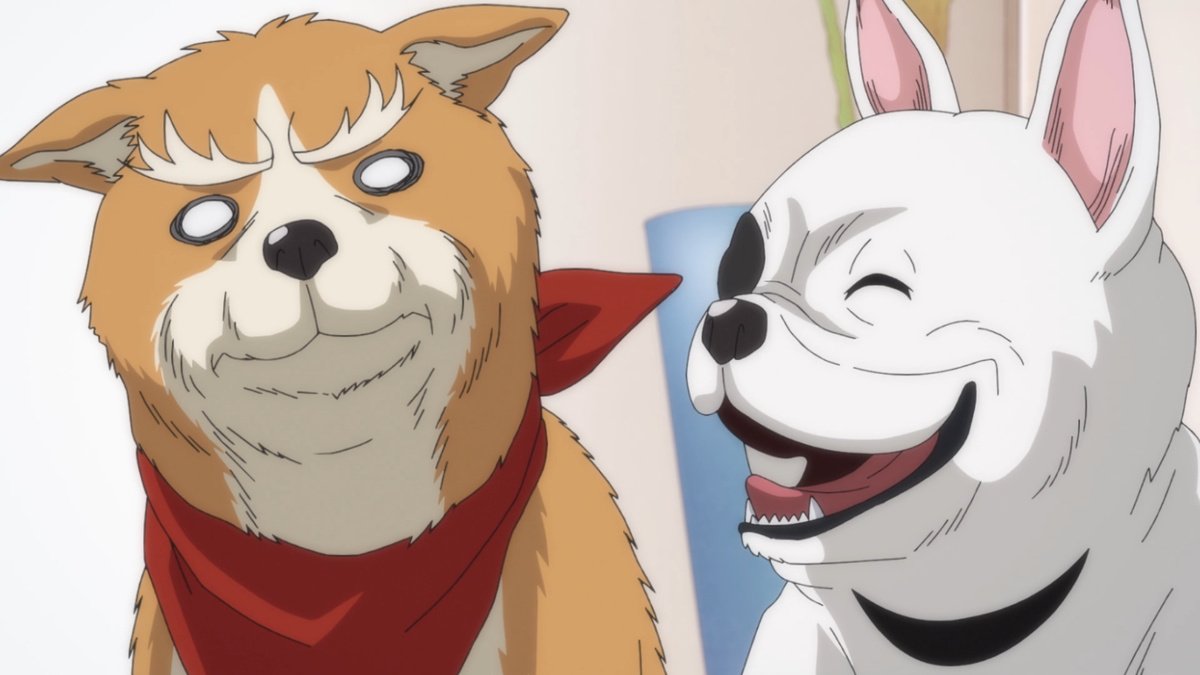 One of the most fierce leaders in Japanese history gets reincarnated as a Shiba Inu. The premise would work as one of those three-minute anime, but apparently not as a full half-hour affair. Watching Nobunaga conversing with his comrades (who’ve also been turned into dogs) had maybe a laugh or two in each episode, but the rest of it was simply a bore to watch. Honestly, you’re better suited to watching YouTube videos of cute dogs instead of dealing with the one-trick pony Oda Cinnamon Nobunaga constantly beats.

Oda Cinnamon Nobunaga can be viewed on Crunchyroll and VRV. It has been licensed by Crunchyroll.

Any that we missed or neglected? Comment below to share your thoughts on the Winter 2020 Anime Season!