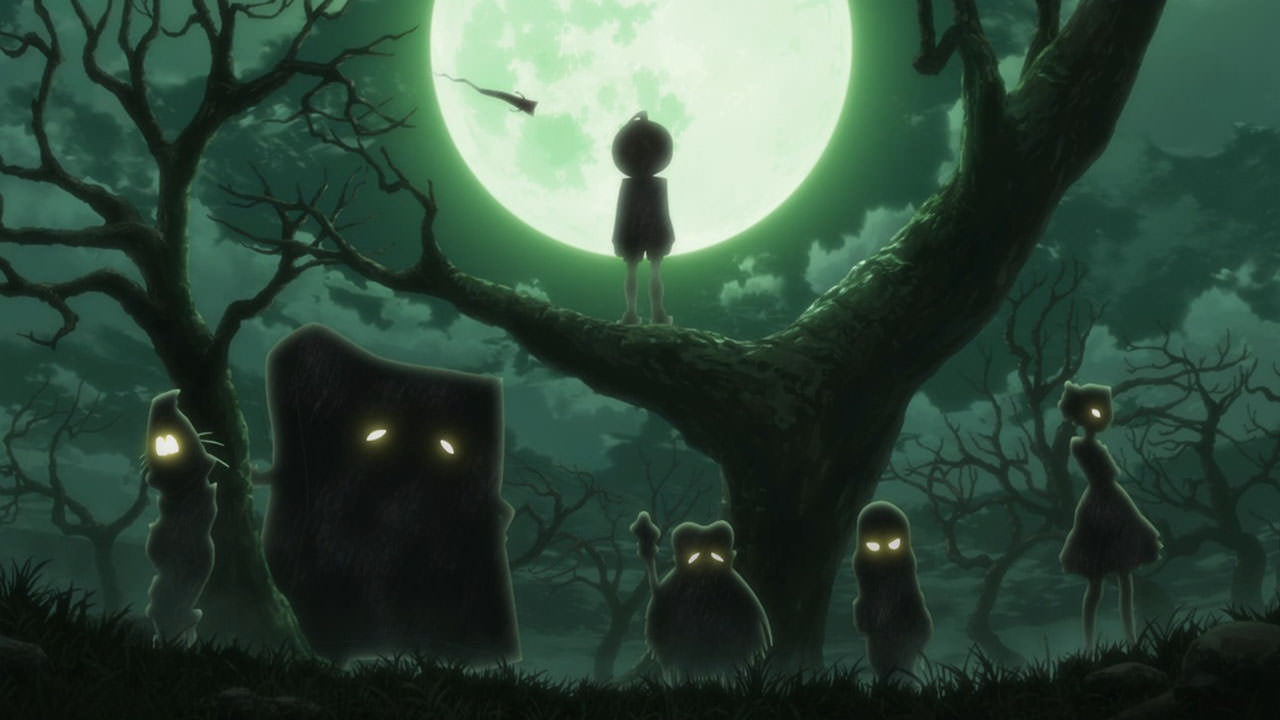 The year was 2007, when the warm June switched to an even hotter July. I was enjoying one of the best breakfasts I've ever had in the living room of my friend's Kasukabe-based home, where his young niece was watching a kid's anime on television. Due to the lack of subtitles, I couldn't figure out what was going on. All I knew was it looked incredibly weird, with its stars being a shaggy-haired kid, a talking eyeball, and some of the creepiest characters I've ever seen showcased in any children's show.

That was my first exposure to GeGeGe no Kitaro, a legendary anime series spawned from an even more iconic manga by Shigeru Mizuki. Popularizing the yokai monsters of Japan for a modern era, Mizuki's work was a staple in the culture. So much so, that a decade can't go by without another adaptation of his beloved series. 2018 has brought forth the six adaptation (seven if you count the creepy-as-hell noitaminA series Hakaba Kitaro), which not only pushes the spooks and monsters towards modern Japan, but also -- for the first time ever -- to the rest of the world. After years of waiting, the things that go bump in the night finally get their due! 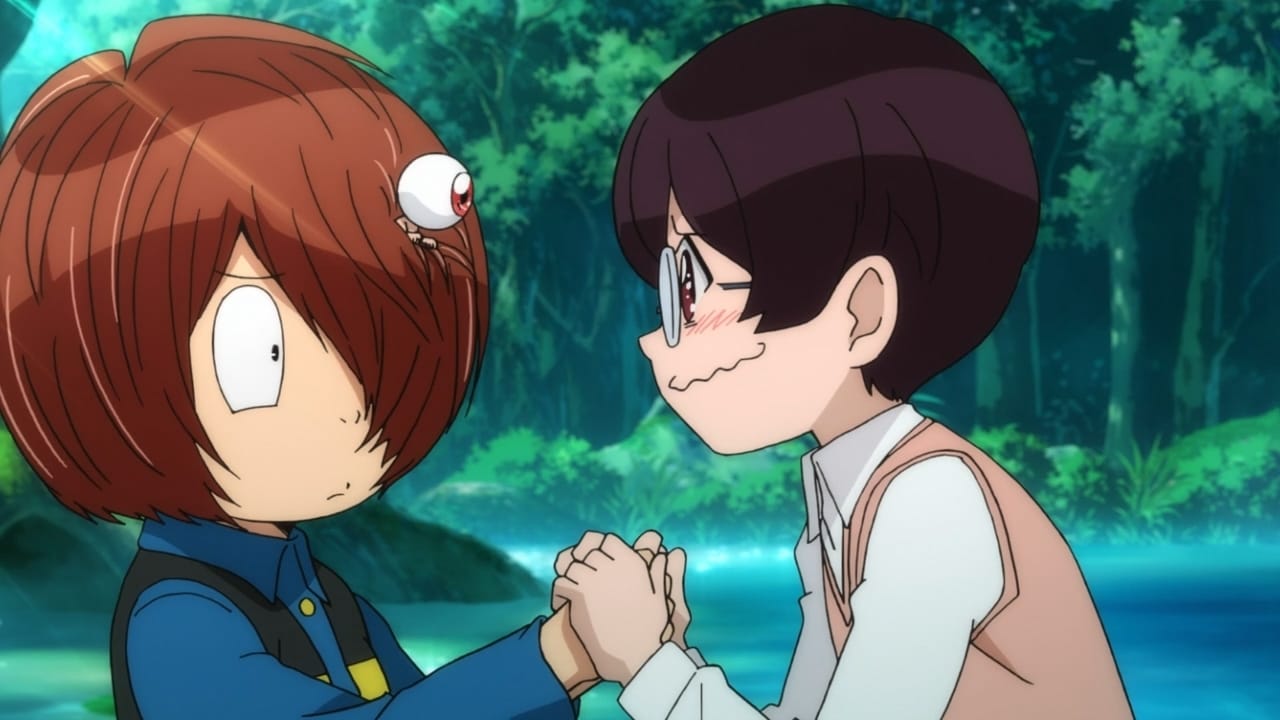 For the most part, there's no true underlying storyline to the realm of GeGeGe no Kitaro. Taking a literal monster-of-the-week approach, the show primarily focuses on Kitaro (Miyuki Sawashiro) and his eyeball father Medama Oyaji (Masako Nozawa) solving mysteries and beating up bad yokai that aim to cause harm to normal humans. Usually tagging along is the human girl Mana (Yukiyo Fujii), who sometimes will serve as a voice of reason, even if she's the one that the monsters are targeting. Also lending a paw is the cute and very vicious Neko Musume (Umeka Shouji), with the rat-toothed Nezumi Otoko (Toshio Furukawa) sometimes being the one to start the chaos due to his greedy mentality.

What makes GeGeGe no Kitaro such a mainstay in the anime realm is its overall presentation. Never one to be satisfied with just a single tone, Mizuki's creation often dances around many to get a certain jolt out of its mostly young audience. It can go for a laugh, a tear, or -- in the best-case scenarios -- a blood-curdling scream. And as a series about yokai, it's quite the custom to get a mixture of all three when the time calls for it. Perhaps most impressive is it rarely ever stumbles in any of the moods it's conjuring up. 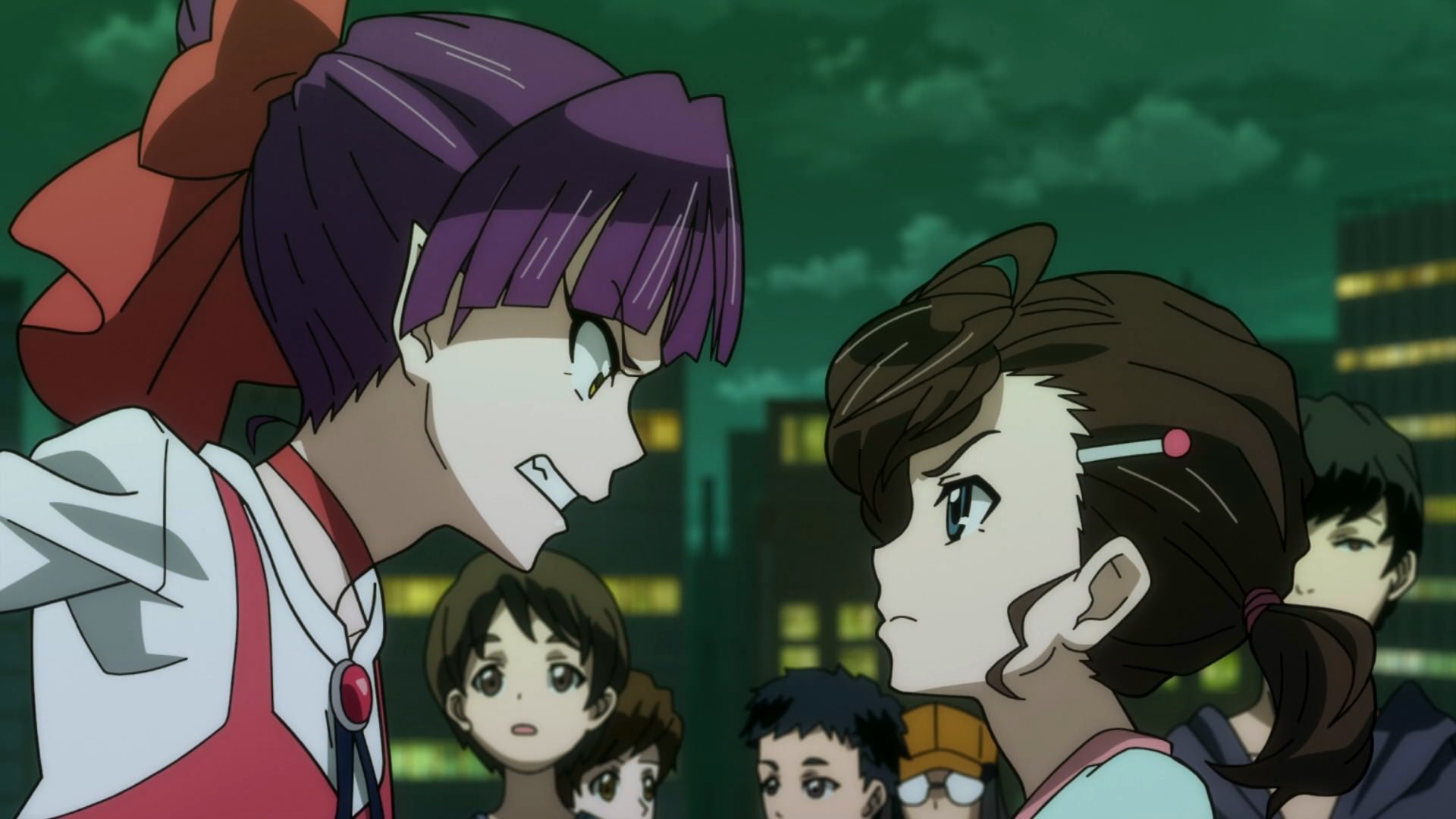 One of the things about this series is that you'll never know what it plans to deliver until roughly halfway through an episode. It does a fine job with taking left turns out of the blue, with scary tales suddenly becoming funny and vice-versa. While it takes place in a modern era, the show still respects the traditions of these yokai that have been around for many centuries. Nothing is sugarcoated when it comes to the mindset of these monsters, to the point where it goes beyond the boundaries of what is usually allowed to happen in a kids' show.

A great example of GeGeGe no Kitaro pushing the envelope is the Ghost Train episode. Normally, a storyline involving a bad boss on a train filled with spooks would go the Ebenezer Scrooge route and have him change his ways for the sake of the children watching. Not only does the polar opposite happen, but it delivers quite possibly the creepiest episode in anime this year, one-upping anything that Junji Ito Collection conjured up last season. For a family show to go full-blown Tales from the Crypt instead of a softer Are You Afraid of the Dark?, that takes balls of steel to pull off! 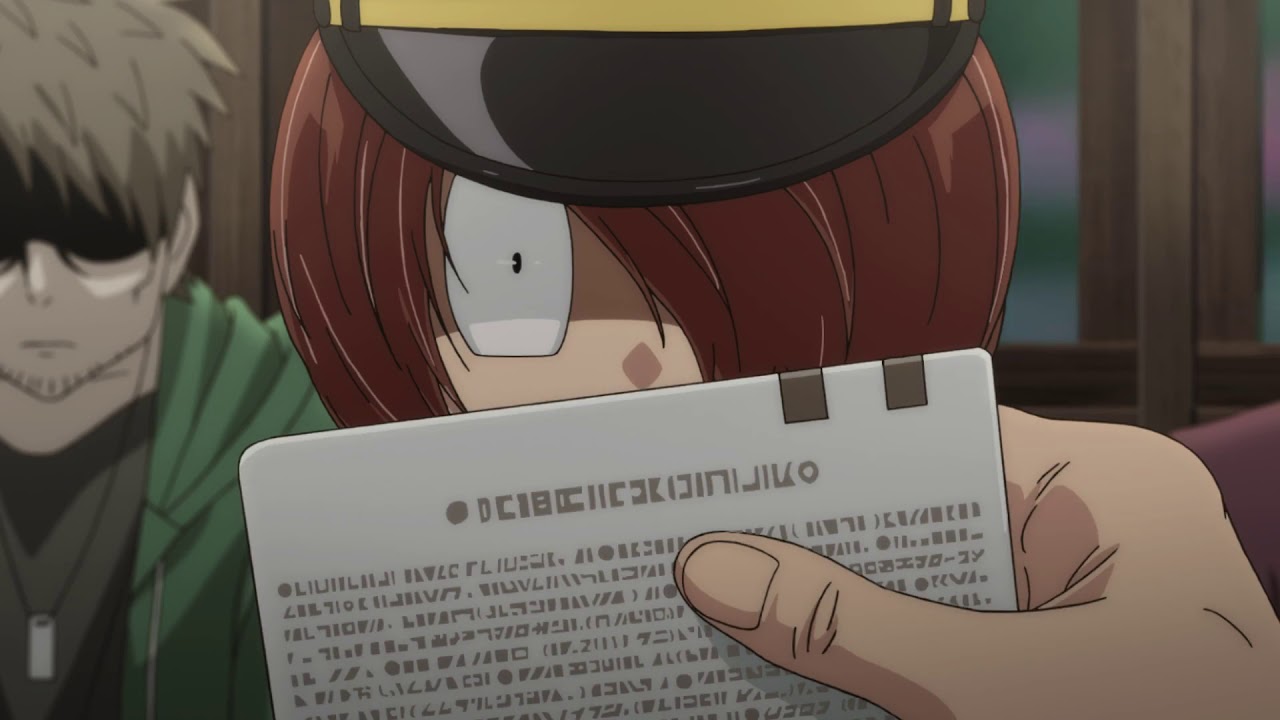 Of course, there needs to be a balance of sorts for the young ones watching, which is way we get many fun episodes to boot (or sandal, in this case). Many of the Nezumi-based stories often go the comedic route, with his greed managing to get him screwed over by human and yokai alike. Whether it's a monster seeking to use pop idols to gather souls or a rough boss using a kappa village to get some technical work done, these plotlines often show why the likes of Gordon Gekko are wrong and that a just heart is what leads to success. And when Kitaro arrives to confront these yokai wreaking havoc, it often gets pretty exciting.

As it is a production by Toei Animation (Dragon Ball, Sailor Moon), the juiciest scenes come when it's time to throw down. Watching as Kitaro and Neko Musume use their powers and skills to take on yokai running amuck is a feast for the eyes, with some of the most simple of maneuvers like Kitaro's sandal boomerang technique looking more badass than it has every right to be. Rarely do the fights reach frightening heights, as they would rather have the spookier elements creep up behind its viewers rather than just throw it in their faces.

When the anime's more haunting elements start to peer over yonder, that's where the true soul of GeGeGe no Kitaro reveals itself. The visual aesthetics of the cautionary tales presented push the morals they're teaching, with warnings of why one should respect one's culture and setting being the strongest lesson presented throughout. Maybe it's a good thing that the series opened up with a lampooning of leading YouTube jerkwad Logan Paul as he breaks ancient artifacts for the sake of viewer counts, with one cursed object transforming him and those watching close by into some creepy blood trees. Moments like this not only dive into a topical setting, but they make a clear point: no matter how much the world changes, the yokai will still find a way to nab you!

Perhaps that's why we can't go a full decade without hearing the sound of wooden sandals clopping on the ground. Even as our surroundings and technology change as years go by, these tales by Shigeru Mizuki continue to be timeless thanks to the immortal lessons they deliver. Never afraid to go past the limits of most family shows, GeGeGe no Kitaro is a true anime staple that deserves to be placed with some of Japan's most iconic characters. Funny, scary, heartfelt, and often entertaining, the adventures of Kitaro and his yokai gang of misfits is something that no anime fan should dare miss. Otherwise, a kappa might steal the soul straight out of your arse!

GeGeGe no Kitaro can be viewed on Crunchyroll and VRV. Episodes 1-10 were observed for this review. Promotional consideration provided by VRV.

Background Noise: Static Age by The Misfits - When you need to rock out while having the pants scared out of you, the iconic punk rock outfit fronted by Glenn Danzig and Jerry Only are the ones to call. Their 1978 debut album (which didn't get an official release until nearly two decades later) is one of the genre's most influential, with songs like "Hybrid Moments," "Last Caress," and "Bullet" pushing the boundaries of bad taste with a Sinatra-like bellow of the vocals. It also pays homage to some of horror's greatest pieces of entertainment, especially in both "Return of the Fly" and "Hollywood Babylon". (Note to Jerry: Mizuki's works are a gold mine of inspiration when it comes time for the next Misfits album to be unleashed!)