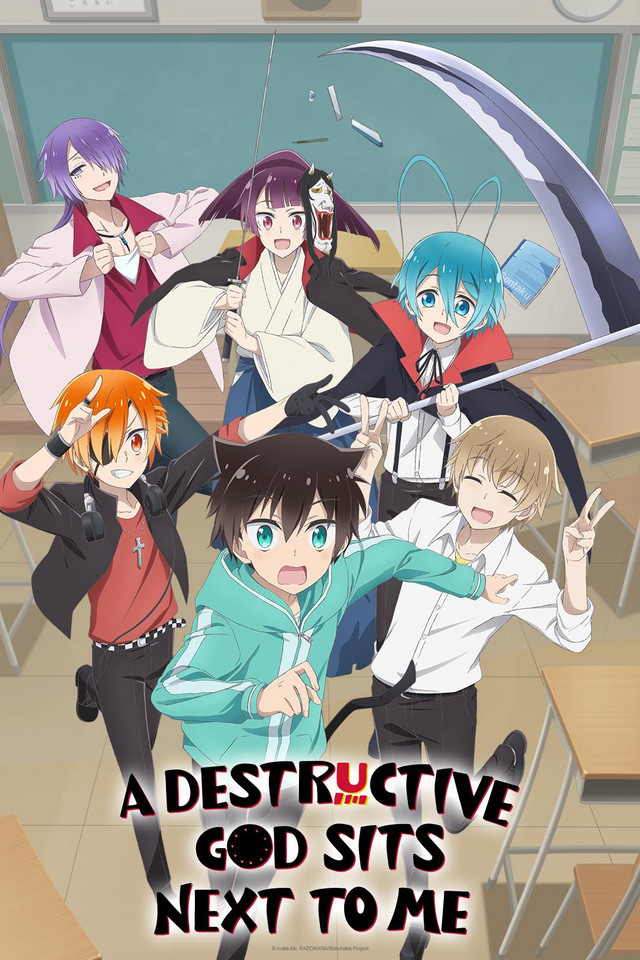 We all have known that one annoying guy who tries to drag us into their personal world. Sometimes they wind up being misunderstood; other times, you hope they get hit by a bus and never come near you again. It’s why a character like Seri Koyuki (Jun Fukuyama) can be a pretty sympathetic character, as he’s been surrounded by nothing but these annoying guy types throughout his day. In A Destructive God Sits Next to Me, he tries (and fails) to soldier through his life while being poked at constantly by life’s metaphorical pitchfork.

Based on the manga by Arata Aki, A Destructive God Sits Next to Me follows Koyuki as he attempts to not lose his mind in class. Constantly, he’s surrounded by fellow students who certainly have a few screws loose, the worst culprit being Kabuto Hanadori (Takahiro Sakurai). Calling himself “Miguel“ and Koyuki “Gestöber”, Kabuto believes himself to be a reincarnation of a demon, wearing a protective eyepatch and gothic clothing to fit the part. Not helping at all with the situation is Utsugi Tsukimiya (Ryohei Kimura), who has a habit of both egging on the situations and reading the mind of Koyuki just to mess with him. 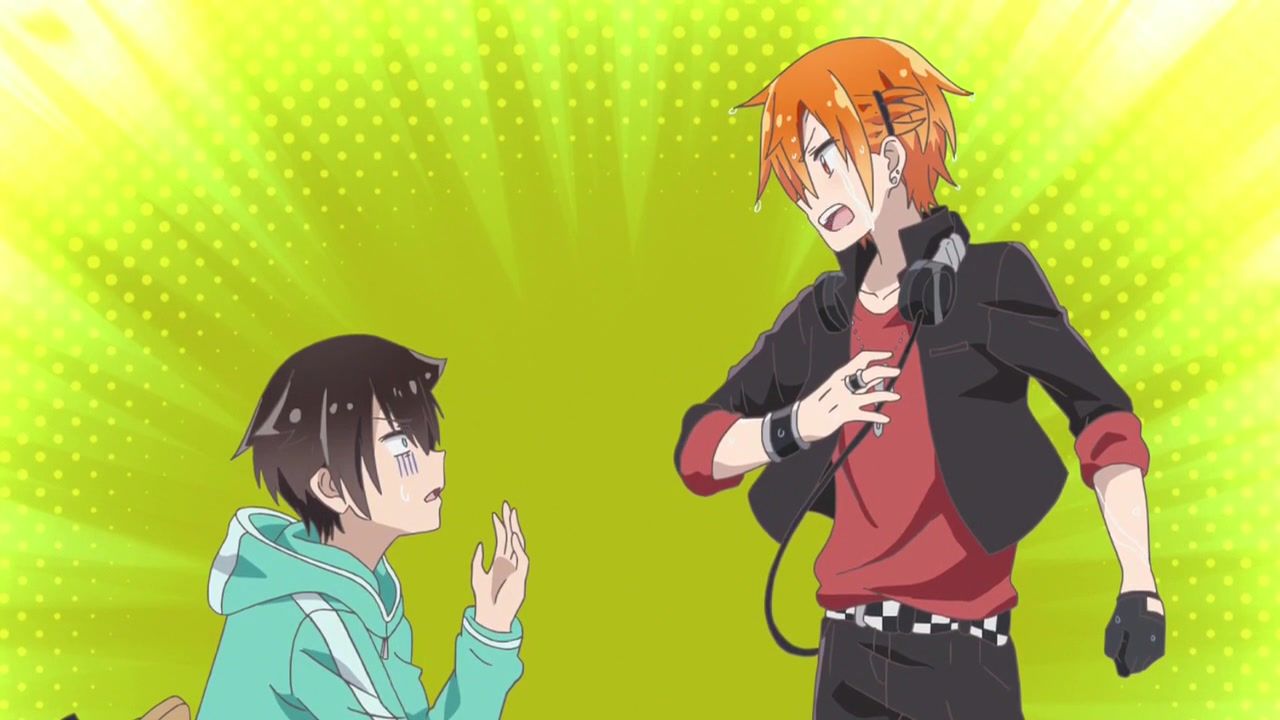 As the series goes on, more nut jobs appear, with Grim Reaper wannabe Hibiki (Tsubasa Yonaga) and the oni-masked Kimikage (Shinnosuke Tachibana) wrapping up the main cast. However, there is a beacon of hope for Koyuki, in the form of his classroom crush Kotoko Sumiso (Ai Kayano). Each day, Koyuki tries to put on his best face just so he can see and talk to her. But as you can guess, Kabuto and Utsugi do everything in their power — both intentionally and unintentionally — to destroy all normalcy in Koyuki’s life.

Humor-wise, A Destructive God Sits Next to Me does a great job delivering some big laughs. Koyuki’s mere internal commentary is one of the sharpest and blunt-talking pieces of comedy showcased in anime this season. While his thought process can be seen as mean at times, it’s not for the lack of trying to be good. Instead, we witness Koyuki lose himself in his frustrations every episode thanks to Kabuto and Utsugi, giving us a laughable understanding to why he’s such an angry little kitty kid. 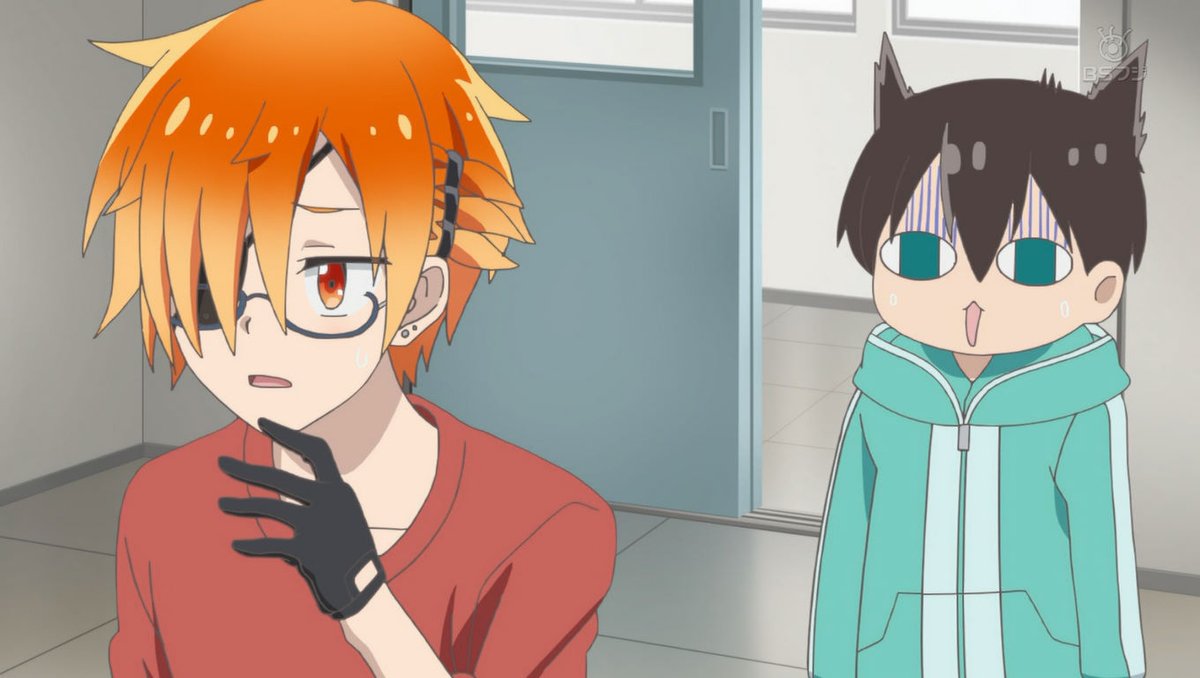 One of the weird things this anime does is give off a somewhat boys love flavor between Koyuki and Kabuto, with the whole world trying to pair the two up. From school festival gatherings to even Christmas dinners, the powers that be keep shoving the reluctant Gestöber and Miguel together, despite our main protagonist wanting more to do with Kotoko than anyone else on the show. And yet, no matter how hard he tries to tell everyone else to just sod off, the crazy guys in his class somehow find a way to get closer to him. But while the show isn’t a BL by any means, it nevertheless gives off an underlying scent of such a story, which does add a bit more to the comedy overall.

However, at times A Destructive God Sits Next to Me can be slightly frustrating to watch. Yes, the humor is top notch, but it never really wants to give its protagonist a break from the craziness. Even when Koyuki finally gets some alone time with Kotoko, it shoehorns one of his annoyances in to push another laugh. Sometimes it is funny, but other times it can be exhausting to not see Koyuki be given a break by any means. 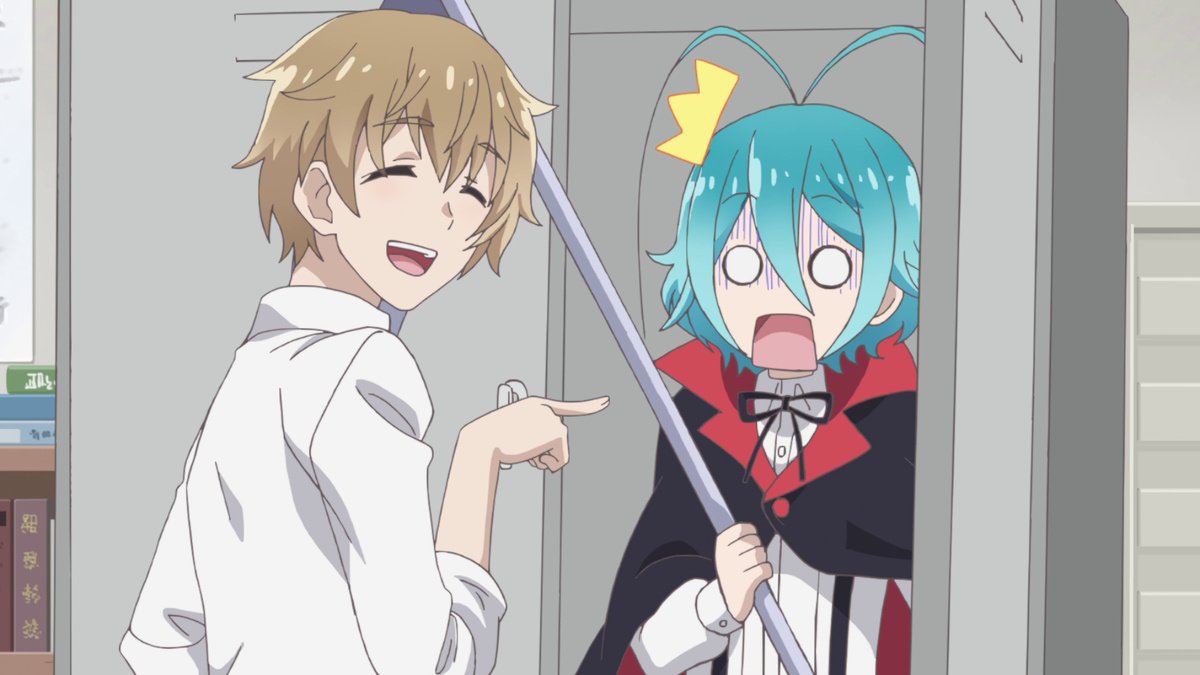 As such, it doesn’t give the audience the chance to appreciate some of the sweeter moments of the story. Deep down Koyuki cares about Kabuto, going so far as to defend him in bad situations. However, as soon as Koyuki does something nice, Kabuto or Utsugi (okay, mostly Utsugi) mucks up the good sensation and pushes Koyuki back into an angry rant. The addition of Hibiki and Kimikage don’t do much to better these moments either, acting more like props for Koyuki’s fodder than anything else.

Thankfully, the comedy hits more right than it does wrong, and a lot of that has to do with its voice cast. Fukuyama brings Koyuki to a relatable level, but his constant rants and yelling make for one of this season’s most delightfully funny performances. As the demon god-to-be Hanadori, Sakurai jumps between confident and whiny with great ease, switching personality at the snap of one’s fingers. Kimura has a deadpan Owen Wilson-like quality in his portrayal of Utsugi, which buffs up the humor between Fukuyama and Sakurai’s performances whenever he chimes in. 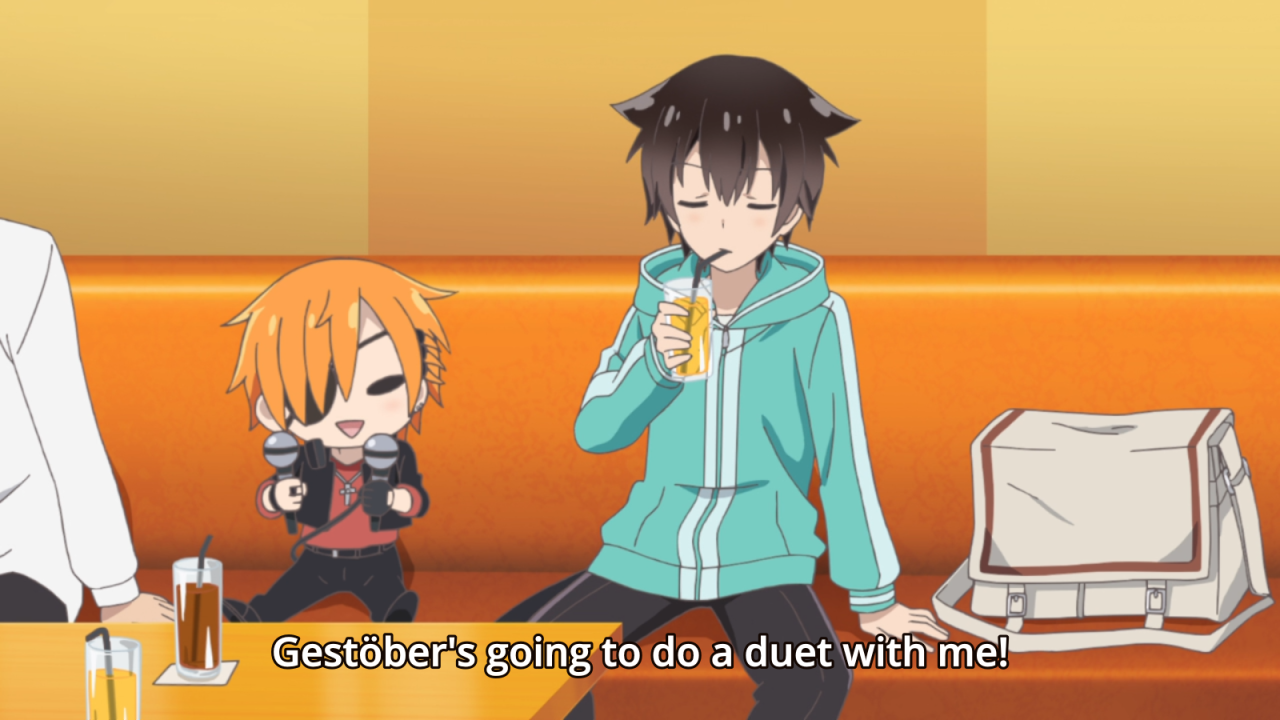 The animation by EMT Squared (Love Tyrant, Assassins Pride) is something of a mixed bag. At times, the more cartoonish chibi-styled visuals fit perfectly with the comedy that’s delivered. When it switches to the characters at normal size, it can sometimes feel slightly choppy. (There’s a running joke in the “Next Episode” segments about the director and animation team going missing, but who knows if they’re actually kidding here!)

Composed by Kanako Hara, the soundtrack does a pretty good job with fitting in with the comedy that occurs onscreen. It’s not special or unique in any way, but it does its job proper. Opening theme “Take mo’ Chance” by all at once is reminiscent of late ‘80s/early ‘90s pop, feeling like a lost Bell Biv Devoe b-side in places. Pop idol group AŌP takes the reins of the end theme “Freedom de Muda ni Muteki!!”, sounding cute and peppy, but not as memorable as their tracks for Mr. Osomatsu.

A Destructive God Sits Next to Me is a very funny show, but its constant berating of its characters can get tiresome at times. Granted, it’s all part of the humor it wants to deliver, but it doesn’t know how to take a much-needed breather. As a whole, the anime is very entertaining, with more gags hitting their marks than not. With that being said, A Destructive God Sits Next to Me needs to know when to calm down, as the constant smack-arounds at the expense of Koyuki can be too much to handle at times.

A Destructive God Sits Next to Me can be viewed on Crunchyroll and VRV. Episodes 1-11 were observed for this review. Promotional consideration provided by Ellation.