HomeAnimeANIME/FILM REVIEW | Regrets And Calamity In "Mr. Osomatsu: The Movie"

ANIME/FILM REVIEW | Regrets And Calamity In "Mr. Osomatsu: The Movie" 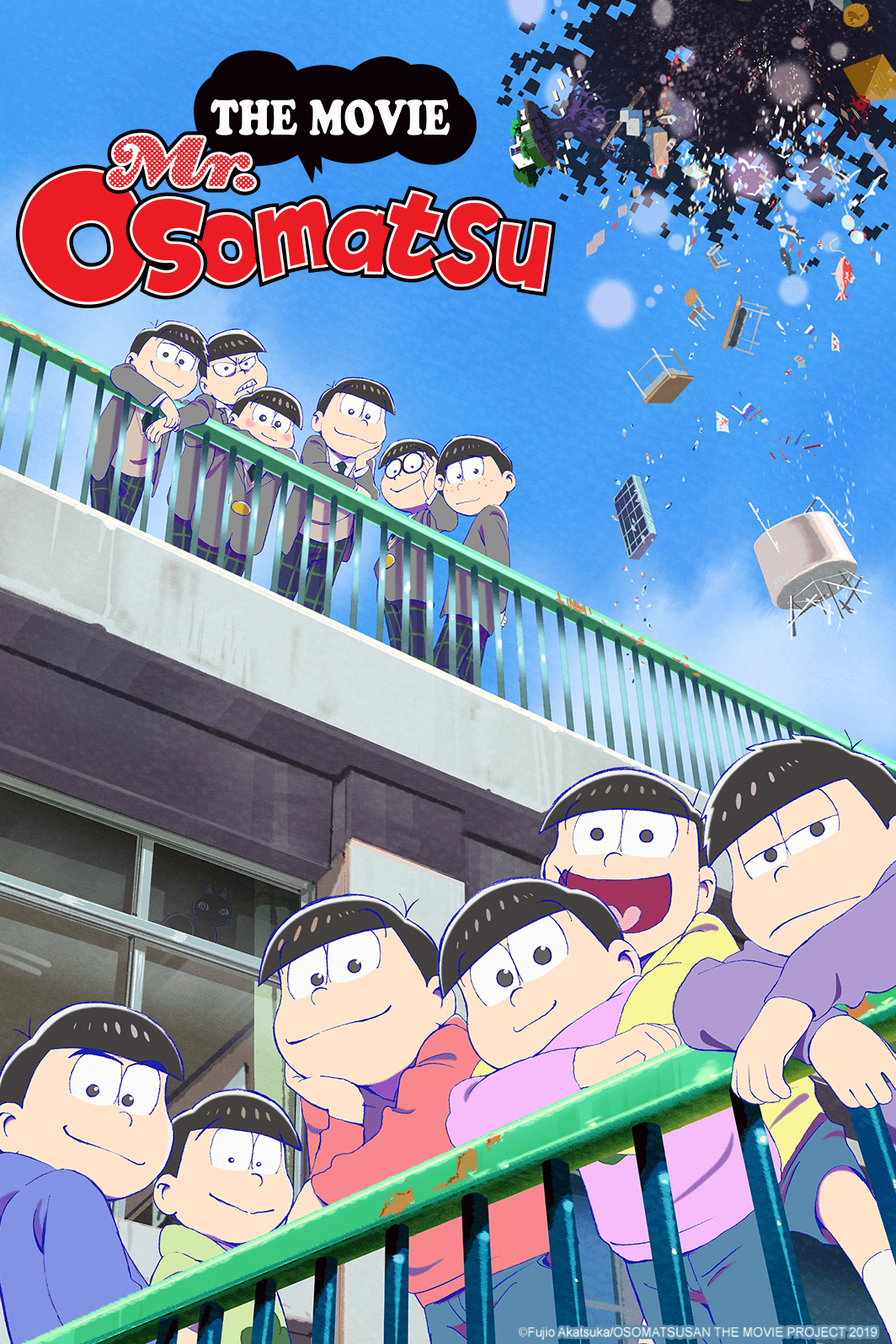 ANIME/FILM REVIEW | Regrets And Calamity In "Mr. Osomatsu: The Movie"

Taking Fujio Akatsuka’s classic manga series Osomatsu-kun and aging the sextuplets seemed like a gamble at the time, and it initially appeared that it wouldn’t be a success. Mr. Osomatsu had a very bumpy first cour, with an unsure identity on what it wanted to be. Thankfully, those bumps were ironed out by its second cour, resulting in huge hilarity throughout the rest of its run. Not only did it gain a huge following, but it also resulted in a second season, multiple crossovers & promotions, a worldwide mobile game, and even its own stage play.

Now arrives the next step towards the Matsuno sextuplets' quest for popularity, in the form of Mr. Osomatsu: The Movie. How one can expand a gag anime from a 24-minute episode to a nearly two-hour film would be deemed the biggest risk yet. But Studio Pierrot (Naruto, Midori Days) somehow find a way to make it work, albeit not without a couple of flubs here and there. Where it succeeds, though, is in a way that you would never expect from this franchise. 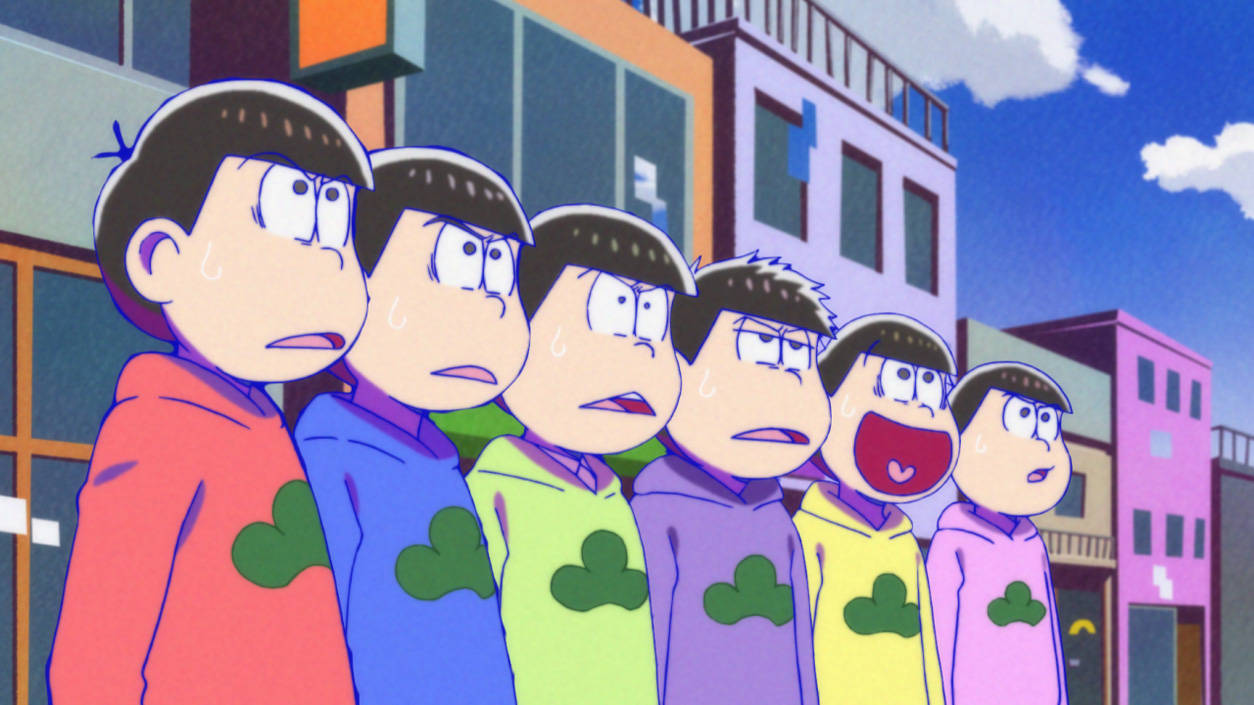 Mr. Osomatsu: The Movie brings the Matsuno brothers to a high school reunion, where they realize that they’ve done nothing with their lives since graduating. After drinking their sorrows and cursing the heavens, the sextuplets wake up to find themselves back on the day before their graduation. But things appear very off, with store signs not completely finished and people’s faces looking warped. That’s when Dekapan (Yōji Ueda) reveals to them the truth: they’re not in the past; they’re stuck in someone’s memories.

Thus begins a quest for the brothers to find their way back to reality, as one of their past regrets is keeping them from leaving. As such, they wind up tailing their high school selves to figure out what it is they must do. Of course, this results in the bros having to face the way they were back in the day, with Jyushimatsu (Daisuke Ono) feigning a punk-ish attitude, Todomatsu (Miyu Irino) acting too much like a little brother, and the strange popularity held by Ichimatsu (Jun Fukuyama). Meanwhile, young Karamatsu (Yuichi Nakamura) appears to have something on his mind, which points the present-day siblings towards what the big regret is. 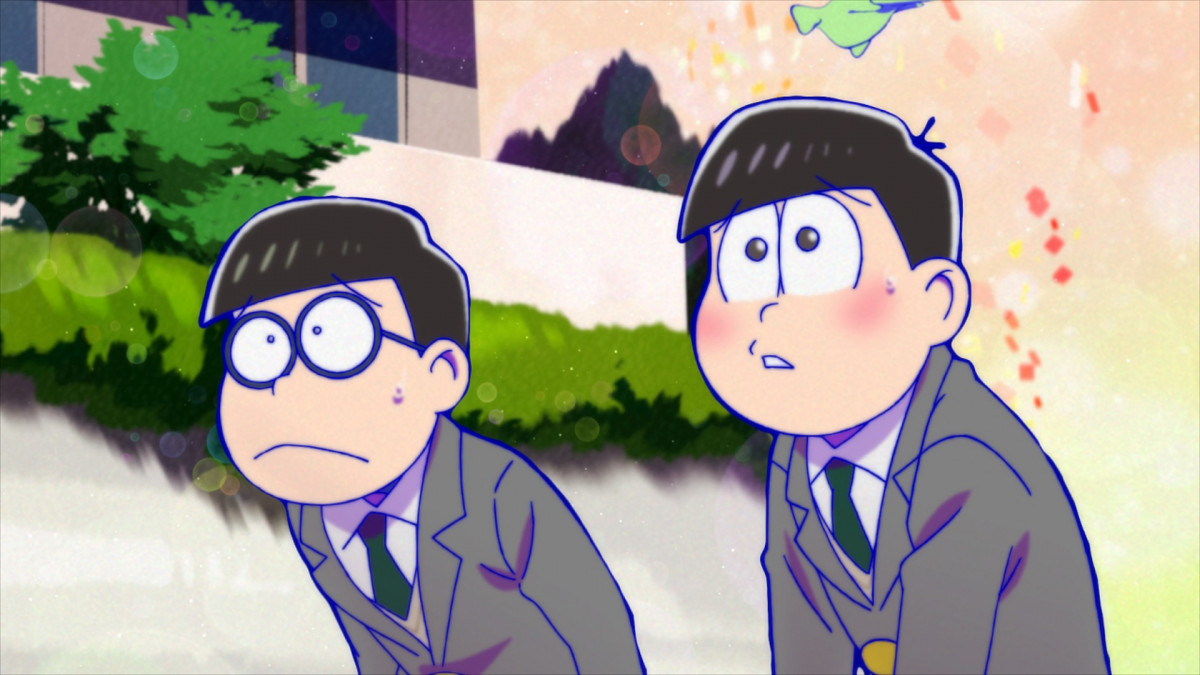 There is surprisingly a lot to take in while watching Mr. Osomatsu: The Movie. Unlike the KonoSuba film, those unfamiliar with this series can’t just dive into it and fully understand what’s going on. The first reason is due to the understanding of the characters’ dynamics, especially with their incredibly awful ways that’d make even the cast of It’s Always Sunny in Philadelphia cringe. Osomatsu (Takahiro Sakurai) and the rest of his bros are — to be blunt — horrendous incels, the kind that you feel zero guilt laughing at when nothing goes their way. Because of this, it might be pretty hard for some people to watch a two-hour film that’s focused on these types of characters.

With that being said, the humor in Mr. Osomatsu has always been known to go full throttle when it’s at their expense, and this movie is no exception. It brings to mind the film adaptation of the Belgian cartoon A Town Called Panic, where it’s just one insane gag after another. There were times where even I had to pause the film for a few minutes because it was throwing so much at me at once. Chase sequences, celebrations leading to the sextuplets ripping off their clothes, internal monologues that spew comedic panic, and many of the other trademarks of this series are all here, with most of the jokes hitting a Jyushimatsu-styled home run. But wow, did this zaniness get exhausting in places! 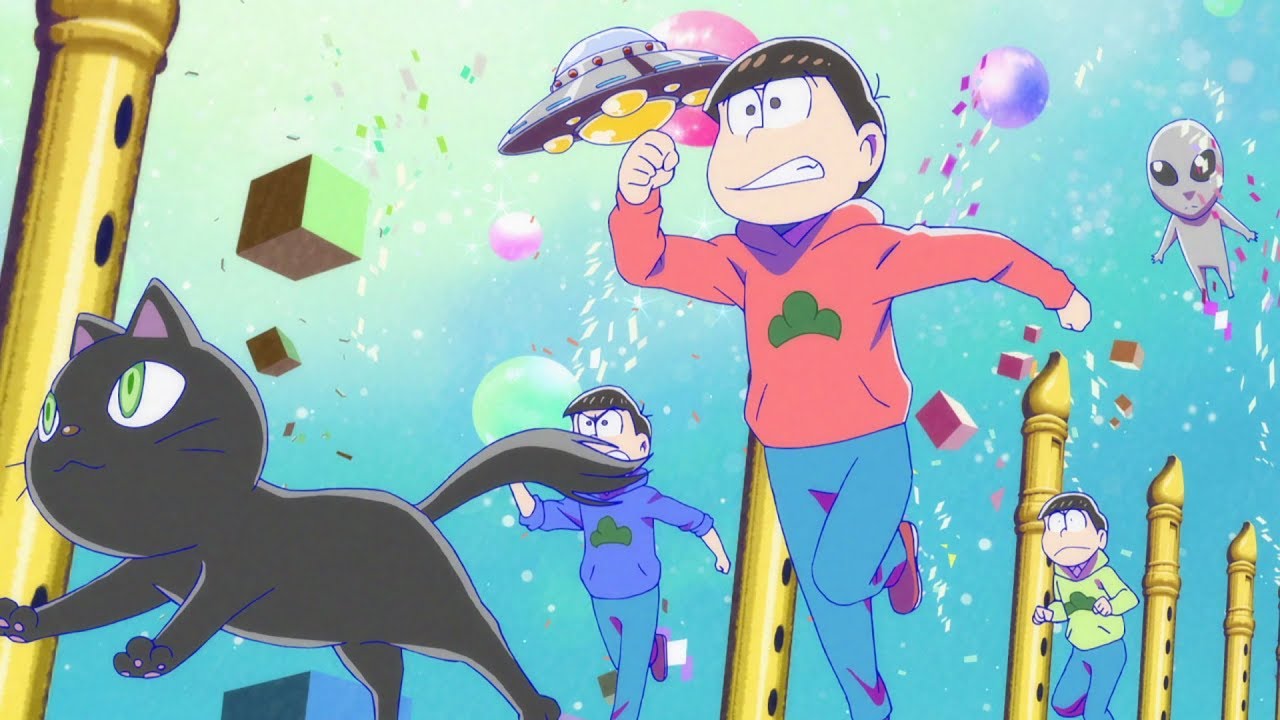 Surprisingly, it’s near the end of Mr. Osomatsu: The Movie where viewers will discover something that no one ever expected to exist within the Matsunos: a heart. While their path to correct a past regret is paved with calamity and bonkers solutions — as well as certain jabs towards anime films that need gigantic fight climaxes — it’s right at the final step when they find the person they’re looking for. It results in a level of sweetness that you’d never think could come out of these sextuplets, one that may make you second-guess these brothers in the future if another season is ever officially green-lit. Dare I say, I actually shed a few tears when the end credits were about to roll.

For a big screen take on Mr. Osomatsu, the film looked exactly like its TV counterpart. The visual style always kept to how Akatsuka created the characters back in the 1960s, which is both a good and bad thing when it comes to bringing this series to the theater. On one hand, it’s perfect for the rubbery and bouncy movement and personalities of all the characters in this universe. However, I can imagine Pierrot’s choice in keeping to this style had resulted in the animation looking choppy and warped on something bigger than an average TV set.

While you have to be a fan to appreciate its style of humor, Mr. Osomatsu: The Movie is a joyful return of the Matsuno sextuplets. It never slows down with both its self-deprecating and physical humor, giving way to what this series does best in a much bigger way. With a giant dose of hustle and muscle, Mr. Osomatsu: The Movie smashes its funny bone right on the noggins of its viewers, resulting in one painfully funny time with Japan’s worst siblings!

Mr. Osomatsu: The Movie can be viewed on Crunchyroll. It has been licensed by VIZ Media. Promotional consideration provided by Ellation.