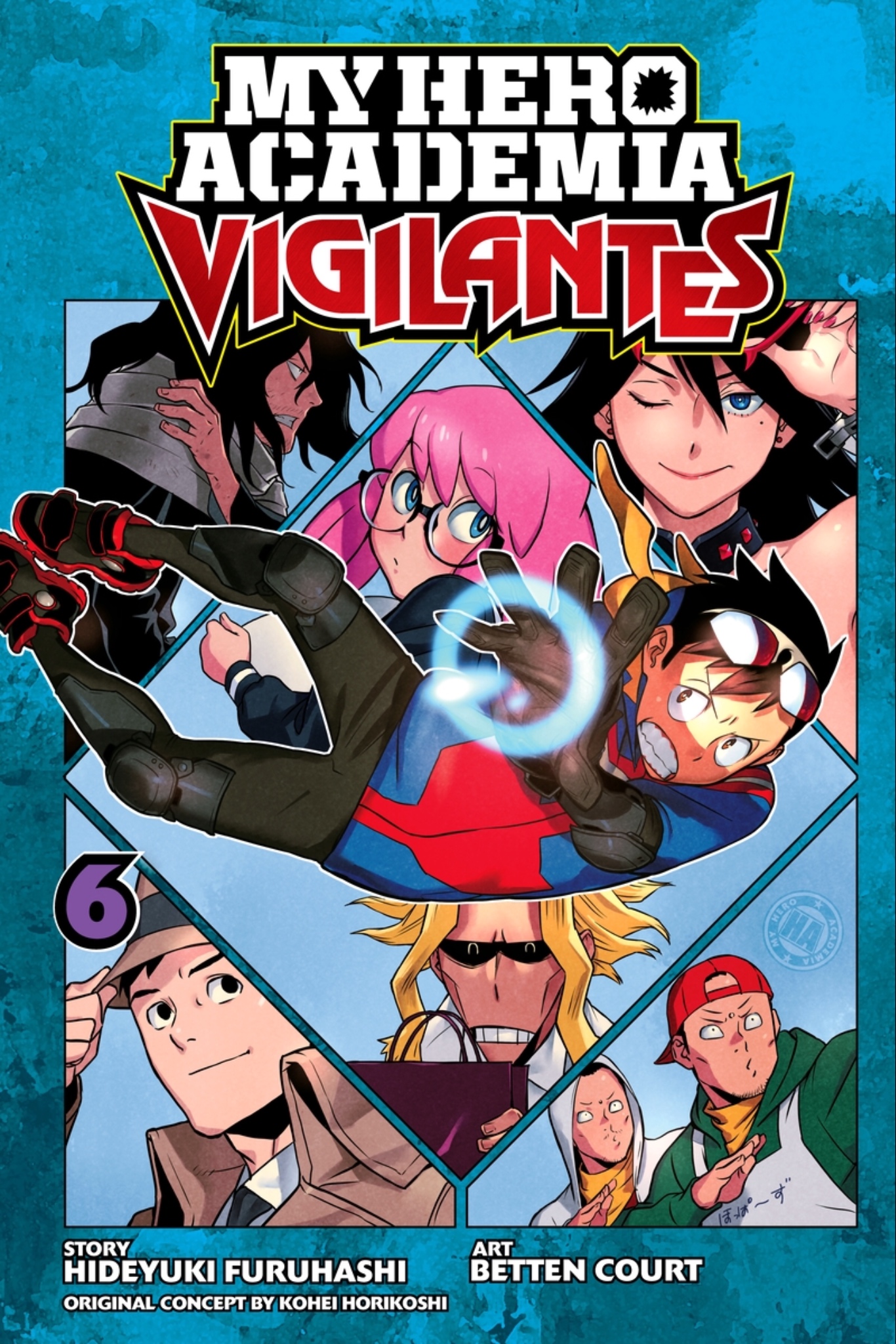 My Hero Academia is a vast world, which is why I’m thankful that this Vigilantes spinoff exists. It gives readers the opportunity to witness a world that — while still colorful — has a defining shade of gray alongside it. However, with main anti-hero Knuckleduster still MIA, there’s been a bigger focus on the lighter side of this realm, as evident in its sixth volume.

Both The Crawler and Pop Step are earning themselves reputations, both publicly and privately through the eyes of a couple of top-ranked heroes. With Pop Step doing more promotional shows, her chance to shine as a hero of sorts is given the okay. Meanwhile, despite The Crawler helping behind-the-scenes, his work is still somewhat scrutinized. That’s when he learns a couple of new tricks that could aid him in fights, but how powerful they might be is demonstrated when he assists Eraser Head in a battle with a multi-limbed villain. 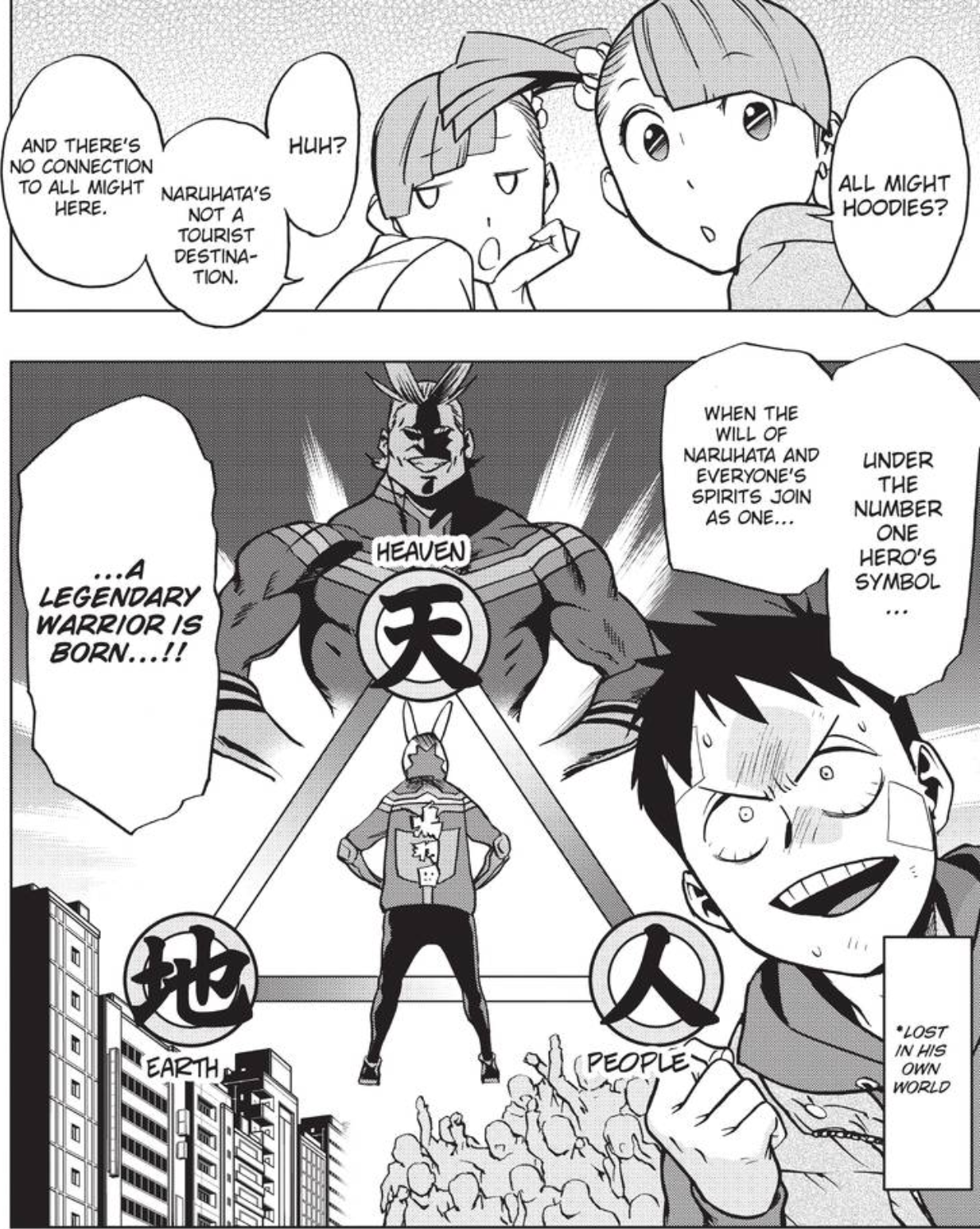 There is a lot more humor showcased in this collection of Vigilantes tales, as the more darker elements of this spinoff are put to the side for the time being. This means there are tales focused on The Crawler learning more about his new ability, as well as Pop Step working to discuss merchandising options for future performances. Also thrown in is a mixer story, where The Crawler is brought in to see if someone on the ladies’ side might be involved with dealing Trigger. (Pop Step and Midnight also take part, albeit without The Crawler knowing it’s them in disguise.) Though the mixer tale is more light-hearted, one should be prepared for a very gross moment involving a vomit-stained towel.

Thankfully, despite there being a more lighter emphasis on the story this time around, the focus on what’s important to My Hero Academia: Vigilantes isn’t taken away. Rather, with Knuckleduster still out of the picture, it gives author Hideyuki Furuhashi more room to evolve Pop Step and The Crawler until the time comes for the Sin City-like anti-hero to pop his head out from the shadows. Also nice to see is more interweaving with Kohei Horikoshi’s original universe, with All Might, Eraser Head, and Midnight playing roles with both major & minor characters. One can wonder how The Crawler would react with Deku somewhere down the line, and the more this story builds up, the bigger the chance this opportunity might occur. 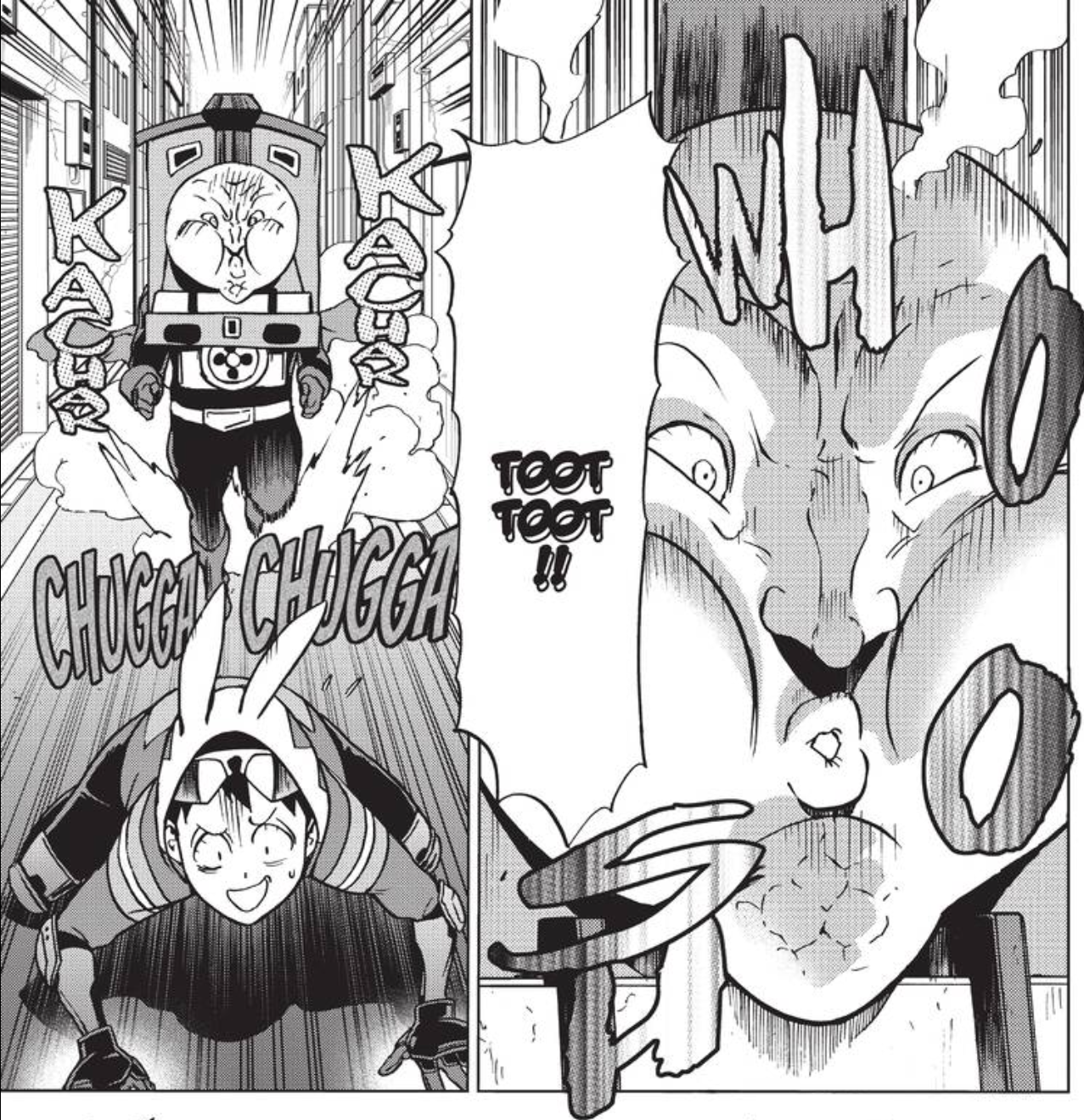 Volume Six of My Hero Academia: Vigilantes is more fun than its predecessors, with its more serious tone taking still taking a breather for the time being. However, what is showcased is aiding with the evolution of Pop Step and The Crawler, rather than pushing a big pause button on their growing. But as this volume ends, it is hinted that these easier times may be coming to a close, with a familiar figure staring down a brand-new threat waiting in the wings...