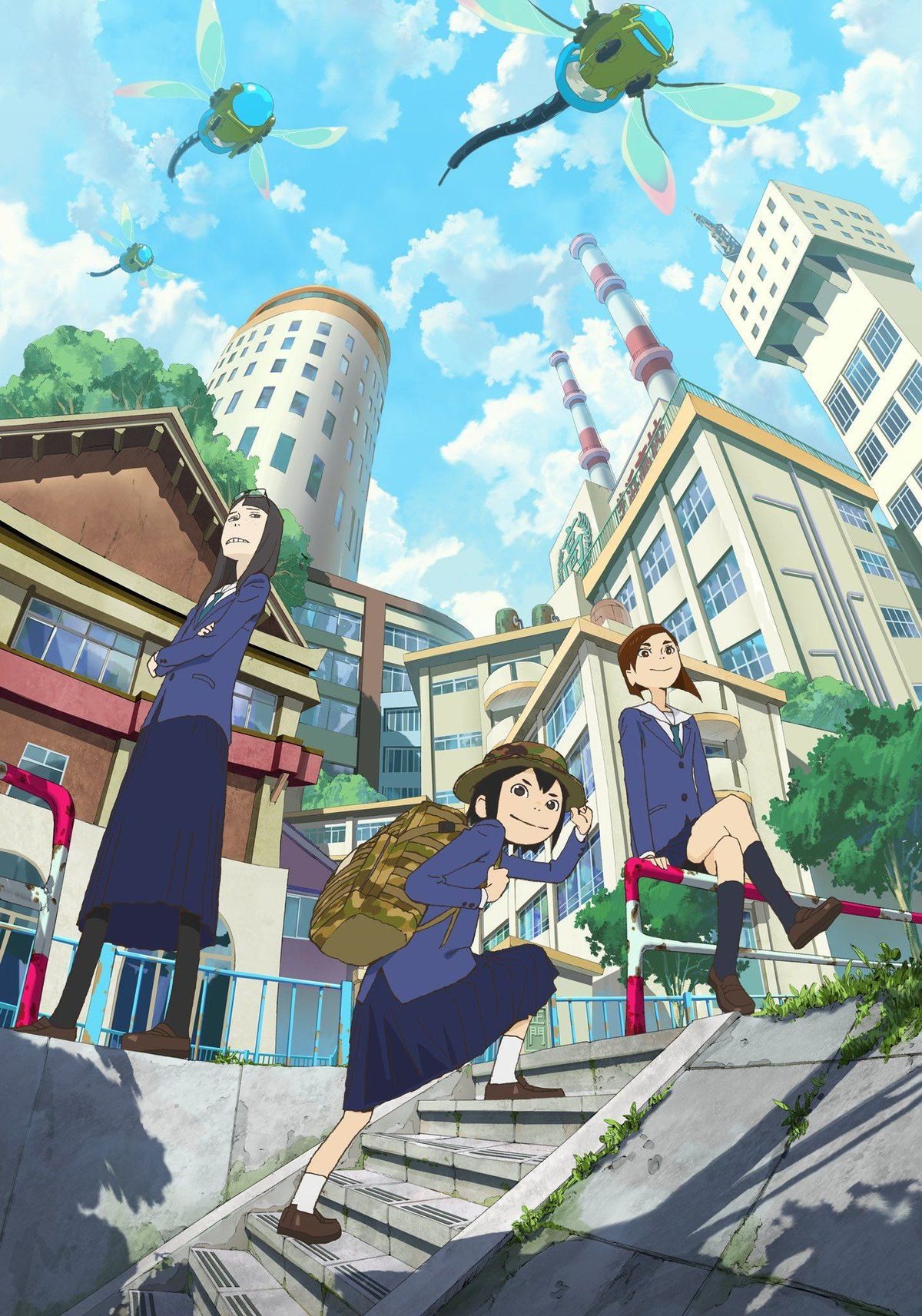 If you were to ask me why I love anime, I could easily give you a multitude of answers. The unique character designs, the bombastic soundtrack, the emotional voice acting, and the deep stories are things you can only find within the anime genre. Many a series have come around to help prove this love, ranging from iconic gems like Cowboy Bebop and My Hero Academia to those diamond-in-the-rough shows like Girls Last Tour and Paranoia Agent. Right at the start of the new decade, we can add another series to that pedestal of anime greatness: Keep Your Hands Off Eizouken!

Based on the manga series by Sumito Ōwara, Keep Your Hands Off Eizouken! follows an imaginative trio of friends in high school with a love of anime. With the background talents of Midori Asakusa (Sairi Ito), the animated genius of amateur model Tsubame Mizusaki (Misato Matsuoka), and the cunning shyster tactics of Sayaka Kanamori (Mutsumi Tamura), the three pals form Eizouken, a motion picture studies club that’s really a ruse to make their own anime. What follows are the trials and tribulations of creating animation, as well as keeping their club afloat. 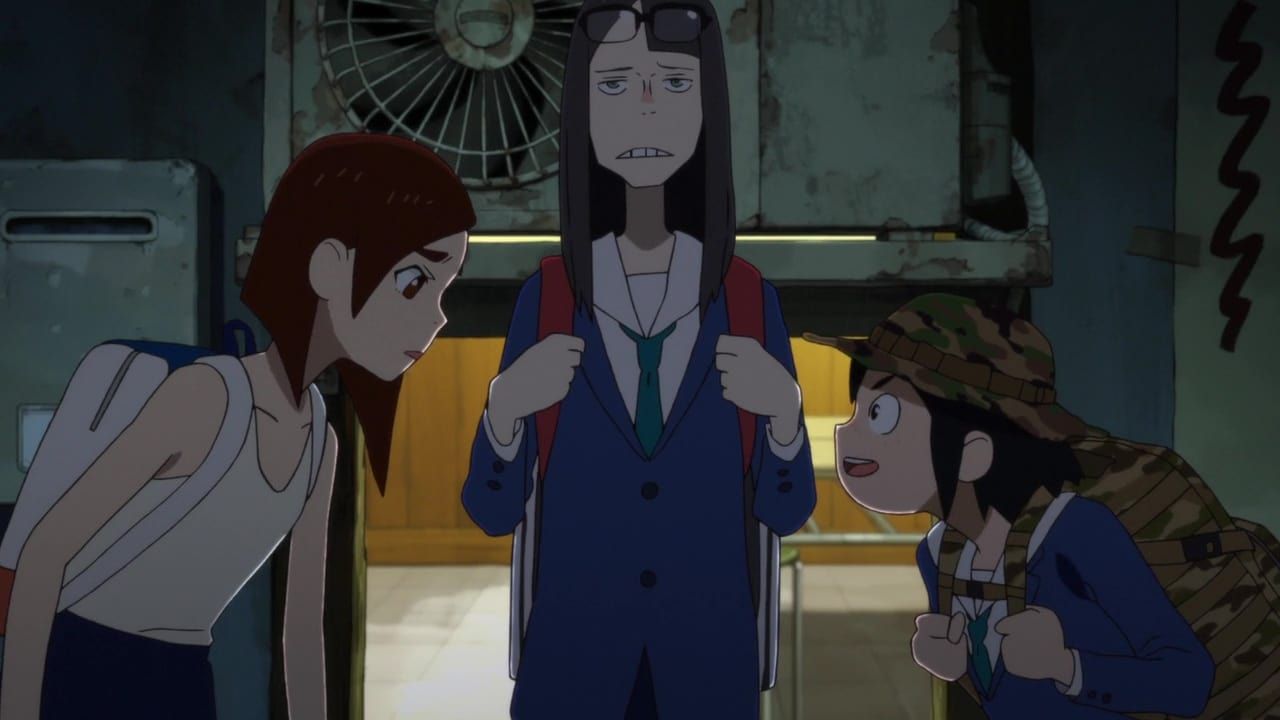 The series has a fine balance of well-grounded reality and unbounded fantasy, with the imaginations of Asakusa and Mizusaki overflowing into their works and work spaces. As the “heavy” of sorts in the group, Kanamori keeps their passion and work flowing using as much brain muscle to con the Student Council and other clubs to allow them to do their thing. As such, the true hard work crafting new worlds by hand push both Asakusa and Mizusaki to give it their all in the group, resulting in projects that go beyond the average creative minds.

Eizouken is at its strongest when it’s feeding off the passions of the three friends. Whether it’s seeing Asakusa’s love for anime blossom while watching Hayao Miyazaki’s classic TV series Future Boy Conan, Mizusaki’s deep concentration for things in motion, or Kanamori attempting to earn a quick buck using her wits, how they come together to create these works of visual art is nothing short of awe-inspiring. Like in Shirobako, there’s no sugar-coating what goes into making anime, as even the most dedicated can find themselves frustrated with the workload or progress being made or still needs to be done. But it’s fleeting moments where the trio are reminded why they’re doing this where the true magic flows through this anime. 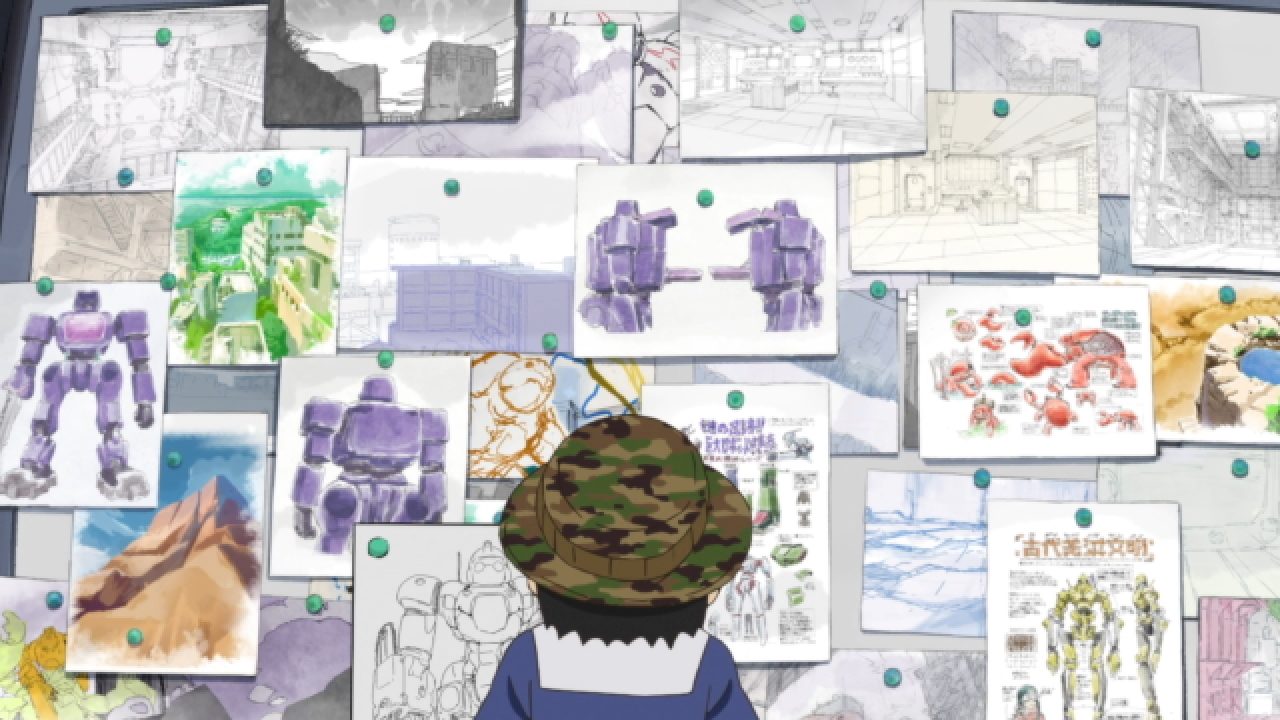 When it comes time to throw sanity out of the window, the series blossoms into true visual eye candy. Watching as Mizusaki’s concept designs clash with Asakusa’s rough-yet-beautiful backgrounds results in spellbinding and powerful moments, where imagination overtakes reality in the best ways possible. Chase sequences happening on the campus, be it to rescue Mizusaki from men in black or to keep a cardboard robot running about to promote a film, are a delight for anyone’s viewing this madness. Keeping everything tied up nicely is the realism behind making anime.

Every little crevice that’s made to craft the art form is covered here, from concept art and timing to voice acting and soundtrack. Perhaps the most surprising and thorough aspect put on display is the importance of having the right sound effects. A moment where Eizouken demonstrates this to lone Audio Club member Doumeki (Yumiri Hanamori) perfectly captures this importance, showing why using only one kind of running sound doesn’t cut it. (Dare I say, it hurt to watch and hear these contrasting elements, but it hurt in the way the show was intending to do so.)

But it’s when the final products of the Eizouken club are on display where the anime showcases the “whys” to this fandom. Viewers are cheering, screaming, and chanting along to the sights and sounds of anime, in ways that I’ve bore witness to at anime conventions and even my local theater close by to my residence. Keep Your Hands Off Eizouken! captures that excitement perfectly, thanks in part to the master director helming this adaptation: Masaaki Yuasa (Lu Over The Wall, Devilman Crybaby).

Via his Science Saru team, Yuasa captures the wackiness and beauty of Asakusa and Mizusaki’s creative prowess. There’s a warped reality displayed here on-par with The Night Is Short, Walk On Girl, which aids in crafting a world that could be as wild as any anime out there. Although it doesn’t have that smoothness his films have had in the past, the anime makes up for it with various animation styles and nutty facial reactions. It may not be as detailed as something from Madhouse, but this anime’s got more character in its pinky fingernail than the whole body of something like No Guns Life. 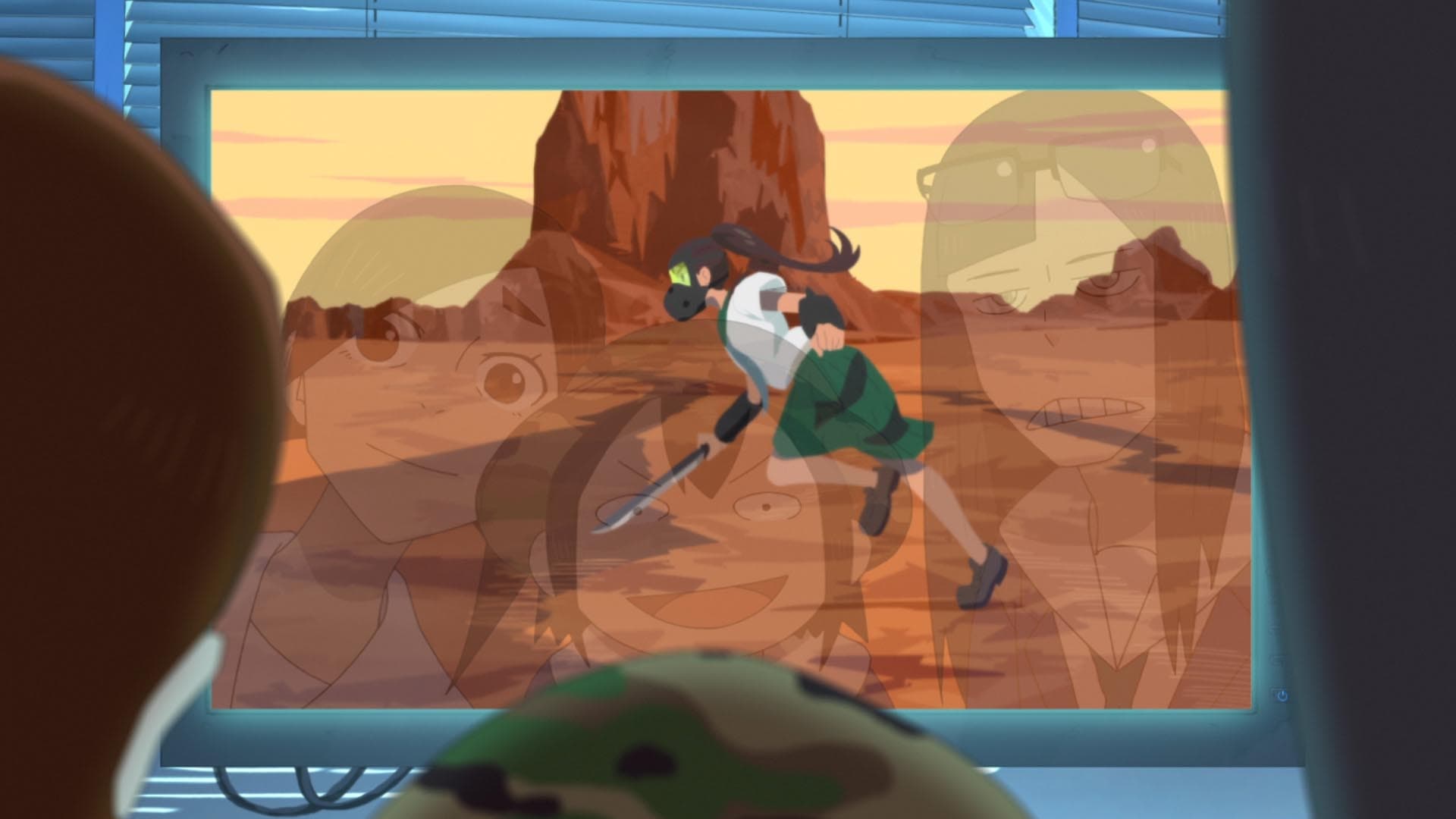 Its voice acting also is spot-on with the characters that are on display. Ito gets the right amount of whimsy and spunky as Asakusa, but also knows when to push back to demonstrate her lack of confidence. Tamura goes in deep as Kanamori, bringing forth a sly and intelligence performance that helps to steal the spotlight from the rest of the cast when the time is right. As Mizusaki, Matsuoka beams with passion for her love of drawing, showcasing her care and love with the kindest of tones and firmest of determination.

Composer Oorutaichi takes his love for avant-garde band The Residents and puts that inspiration into the show’s soundtrack. His usage of unique sounds and instrumentation creates perhaps one of the most out there scores to an anime in recent memory. End theme “Namae no Nai Ao“ by Kami-sama, Boku wa Kizuite Shimatta fuels the energy and passion that this anime demonstrates, giving way to a raw style and hard-rocking melody. However, it’s opener “Easy Breezy” by Chelmico that will stand the tests of time, with its Cibo Matto-like rapping and Beck-inspired slide-guitar melody.

Next time anyone asks me why I watch anime, I am going to point them towards the direction of Keep Your Hands Off Eizouken! It’s not often a series comes around that encapsulates both the passion of the creators and the undying love of the fandom, but Yuasa and Science Saru get practically every single aspect of these feelings right. We may only be in the first couple months of the decade, but Keep Your Hands Off Eizouken! is one series that we'll still be talking about when the end of 2029 rolls around. God, I love this show!

Keep Your Hands Off Eizouken! can be viewed on Crunchyroll & VRV. Episodes 1-8 were observed for this review. Promotional consideration provided by Ellation.