HomeAnimeANIME/FILM REVIEW | "Over The Wall" & Dancing In Yuasa's Latest Spectacle

ANIME/FILM REVIEW | "Over The Wall" & Dancing In Yuasa's Latest Spectacle 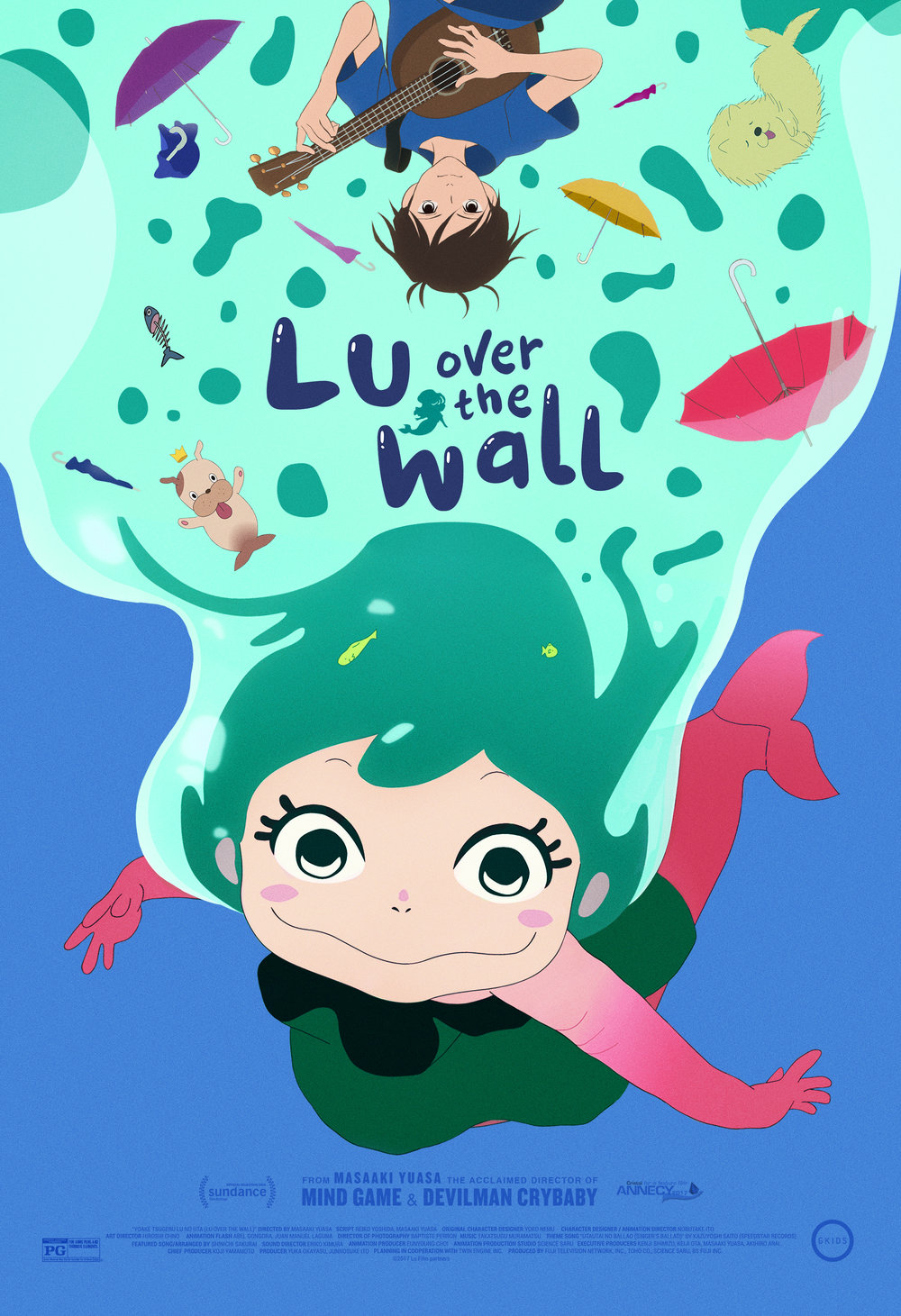 ANIME/FILM REVIEW | "Over The Wall" & Dancing In Yuasa's Latest Spectacle

After viewing Masaaki Yuasa's latest film Lu Over The Wall, a question appeared in my head: did he do this film to cleanse himself of the dark and violent Devilman Crybaby, or was it vice versa? Whatever the reason may be, seeing both has made me appreciate the craft of Science Saru more-so than ever before. In a way, it presents Yuasa as a man capable of specifically catering to various masses rather than to a singular one, something that even the likes Makoto Shinkai and Mamoru Hosoda have yet to be able to showcase. All it took was bringing to life the bounciest, most fluid anime film to hit the big screen in ages.

Taking place in a fishing village, Lu Over The Wall puts its focus on the reclusive Kai (Shōta Shimoda/Michael Sinterniklass), who has a knack for music. His talents get the attention of his friends Kunio (Sōma Saitō/Brandon Engman) and Yūho (Minako Kotobuki/Stephanie Sheh), who invite him to join their band SEIRÈN. It's when a practice gig on the abandoned Merfolk Island when their sounds gain the attention of the mermaid Lu (Kanon Tani/Christine Marie Cabanos), whose unique vocals make it impossible to not dance to. With the surprising creature being recruited, Kai and his friends quickly realize that the attention they're about to receive will make things both better and worse. 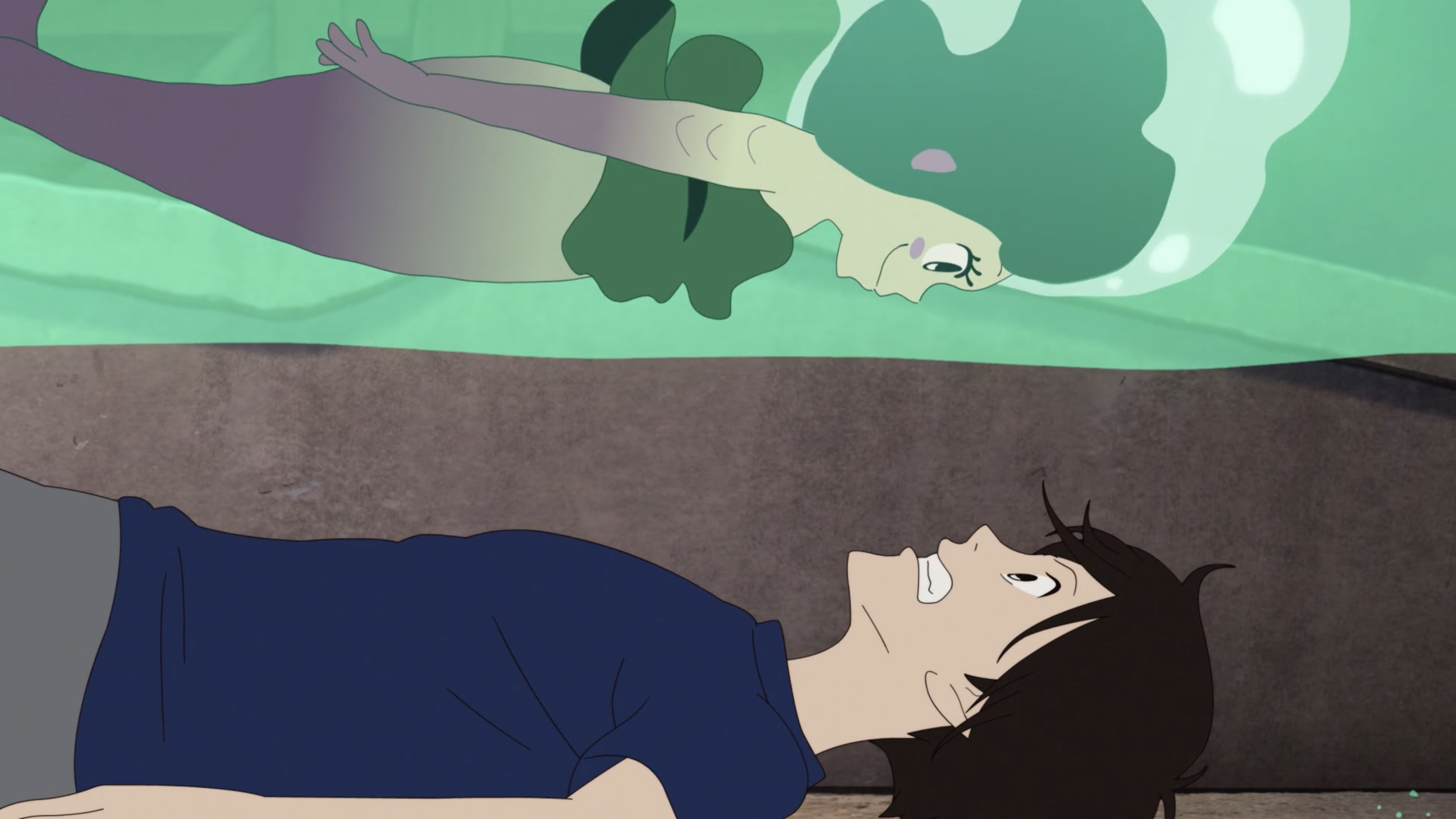 What makes Yuasa's latest film stand out is how much character is placed both externally and internally. Science Saru and Toho Animation have made essentially one of the most vibrant and expressive animated films to come out in years, one that has a very Disney-like essence throughout its presentation. Although it has its anime-like qualities, the townsfolk, merfolk, animals, buildings, and other knick-knacks have a sort of personality that's akin to Wolfgang Reitherman's The Aristocats and Sylvain Chomet's The Triplets of Belleville. Perhaps it's more due to Yuasa's own trademark visuals, but Lu Over The Wall has a look that's unlike anything one may see this year on the big screen.

The most vibrant of all moments are the musical numbers, where Lu, Kai, and the rest of SEIRÈN are playing their hearts out. Watching the surrounding citizens dance uncontrollably and lively is some of the most brilliantly cartoonish visuals that will hit the eyes of any viewer. While anime likes to keep things somewhat realistic, Yuasa pushes his imagination to its very limits with some of the zaniest footwork not seen since the days of Cab Calloway and Sammy Davis Jr. In a word, it's rather jazzy how expressive this film can be. 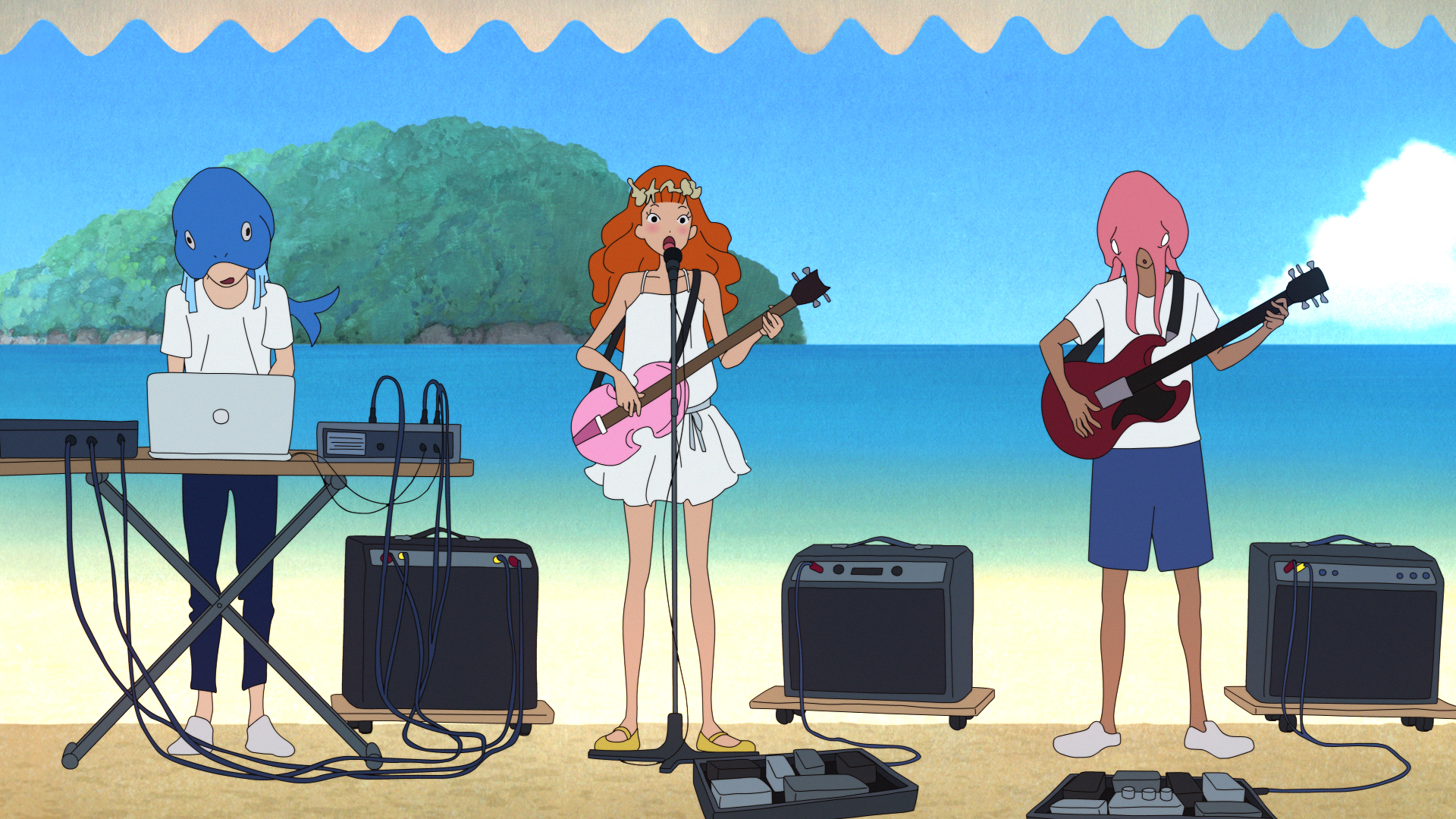 It's when the soul of these characters is presented where the real spark of the film shines. Watching as Kai breaks through his introverted self with the aid of Lu leads to some of the film's bigger heartfelt moments, especially when it comes to him literally finding his voice in the small town of his. Of course, a big part of the film's charm comes from its humor, which comes in full force with the aid of mermaid dogs, an overtly angry old lady who understandably curses the sea, and one of the funniest father figures showcased since Gonzo's 2007 anime series My Bride Is A Mermaid. The balance of the silly and the endearing is what keeps Lu Over The Wall afloat during its 110-minute runtime, which swims by rather quickly thanks to its overtly upbeat tone.

Not only does Lu Over The Wall deliver a visual punch, it also presents a powerful message. While Miyazaki's Ponyo was more about the importance of our oceans, Yuasa puts more of a priority on being accepting of all creatures great & small. In the end, Lu Over The Wall succeeds not only with that message, but does so with the biggest smile one can fathom. Well, its killer song-and-dance routines certainly didn't hurt.

Writer's Note: The English-subtitled version was observed for this review.

MANGA REVIEW | Love Conquers All I...