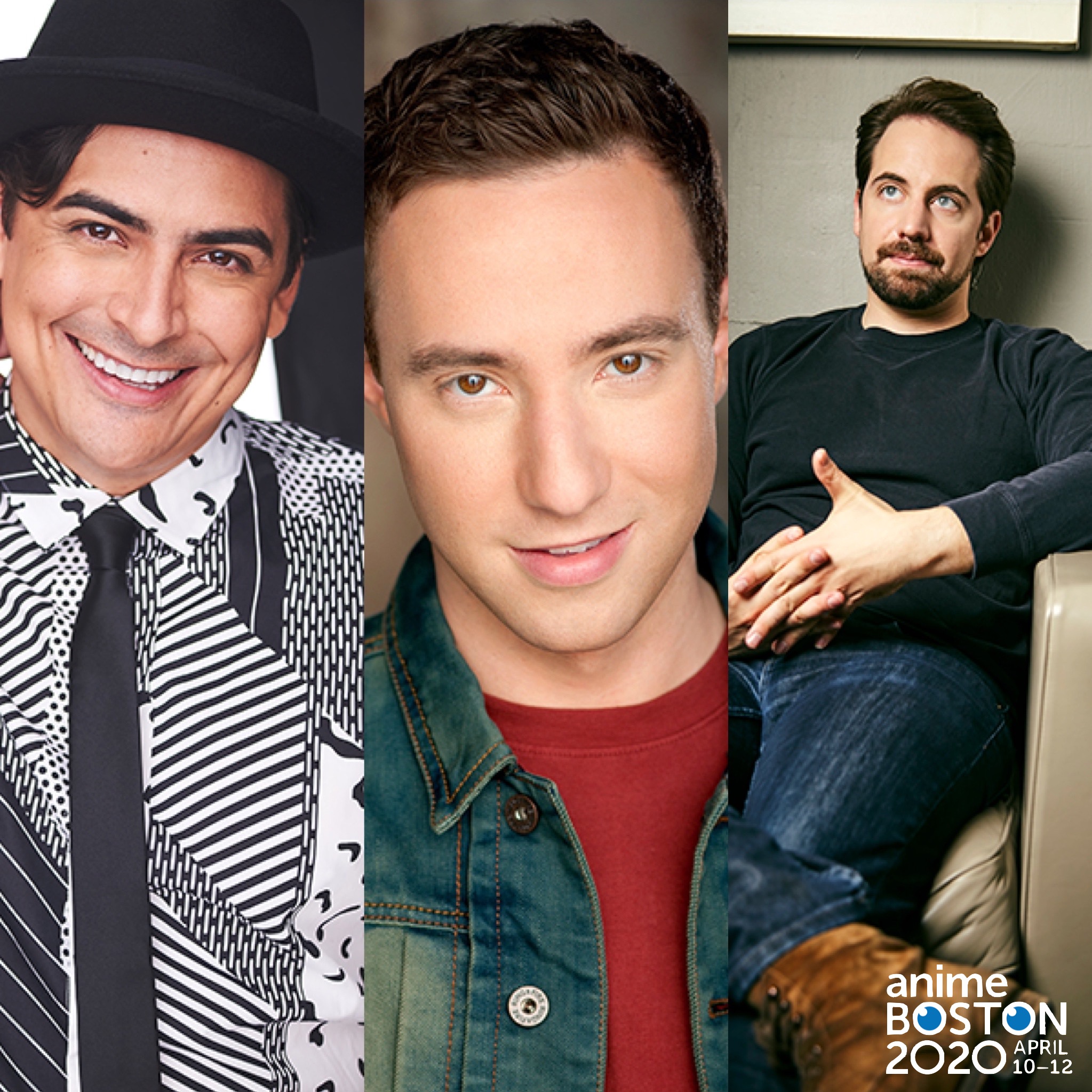 Robbie Daymond may be best known as the most prolific voice of Tuxedo Mask in VIZ’s dub of Sailor Moon & Sailor Moon Crystal. He’s also played several lead and fan-favorite roles such as: Mitsuki in Boruto, Ikoma in Kabaneri of the Iron Fortress, Mumen Rider in One-Punch Man, Joe Kido in Digimon Adventure tri., Ren Tsuruga in Skip Beat, Gilthunder in Seven Deadly Sins, and Ide in FLCL Progressive. There are also several other projects coming up that he can’t mention quite yet….

Although he is well known as Saitama in One-Punch Man, Max Mittelman has also given life to the hotheaded troublemaker with a heart of gold, Ryuji in Persona 5, the carefree and always hungry, Plagg in Miraculous Ladybug, and the lazy yet virtuous sin of sloth, King in Seven Deadly Sins. Max’s other notable roles include: Harry Osborn in Marvel’s Spider-Man, Kousei in Your Lie in April, Luxu in Kingdom Hearts 2.8, Ritsu in Mob Psycho 100, Atsushi in Bungo Stray Dogs, Konohamaru in Boruto, Jun in Sword Art Online II, Ein in Gundam: Iron Blooded Orphans, Shijima in Durararax2, Soby in Doraemon, and Panderghast in Skylanders.

Ray Chase is a voice actor who has attached himself to a great many video games and anime in a very short amount of time. In the last few years, fans recognize him as the main character Noctis in Final Fantasy XV, Bruno Bucciarati in JoJo’s Bizarre Adventure, Roy in Super Smash Brothers Ultimate, Master of Masters in Kingdom Hearts, Roy, Gaius, Alphonse, & Fernand in Fire Emblem Heroes, David Shield in My Hero Academia, and his most celebrated role as the Subway Announcer in Persona 5.