HomeAnimeANIME/FILM REVIEW | "Walk On Girl" Towards One Jaw-Dropping Cavalcade

ANIME/FILM REVIEW | "Walk On Girl" Towards One Jaw-Dropping Cavalcade 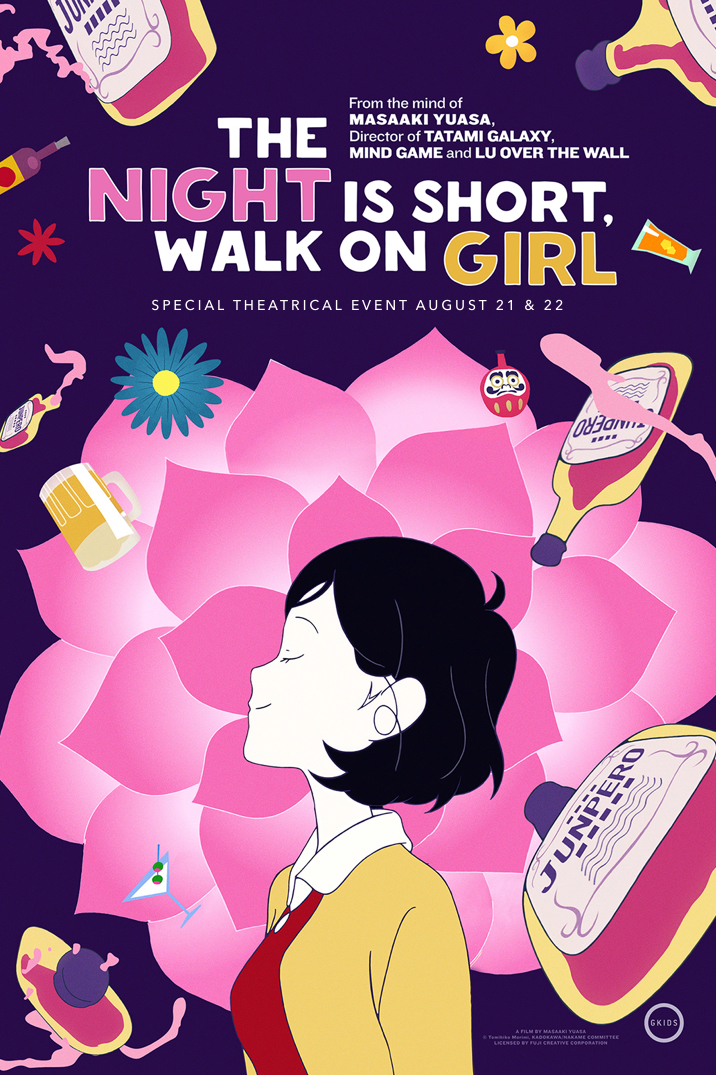 ANIME/FILM REVIEW | "Walk On Girl" Towards One Jaw-Dropping Cavalcade

How does one conjure up a description of Masaaki Yuasa's latest film The Night Is Short, Walk On Girl? At first, one could say that it's a comedy about one epic bar crawl, but as soon as you think you've got a good way to pitch it, BOOM!!! You've suddenly found yourself diving into a philosophical tale about fate's place in love. And once you think you're about to gain a level of enlightenment, the most insane events that could ever happen in a few hours time are splattered throughout the screen! What was The Night Is Short, Walk On Girl, and why did it leave me covered in goosebumps while Asian Kung-Fu Generation blared through the end credits?

This adaptation of Tomihiko Morimi's novel is not the easiest film to talk about in words, nor is it one that can be summed up in a mere movie description. But it all focuses on two characters: Senior (Gen Hoshino) and The Girl with Black Hair (Kana Hanazawa). After attending a mutual friend's wedding, their paths are split when a night of living it up blossoms. From there, we are greeted with an epic drinking contest, a search for a rare book, erotic woodblock art, guerrilla school musical performances, and enough booze that would give even "Stone Cold" Steve Austin a hangover. All this madness happens in a single night, with Senior's desire to confess his love to The Girl acting as its backbone. 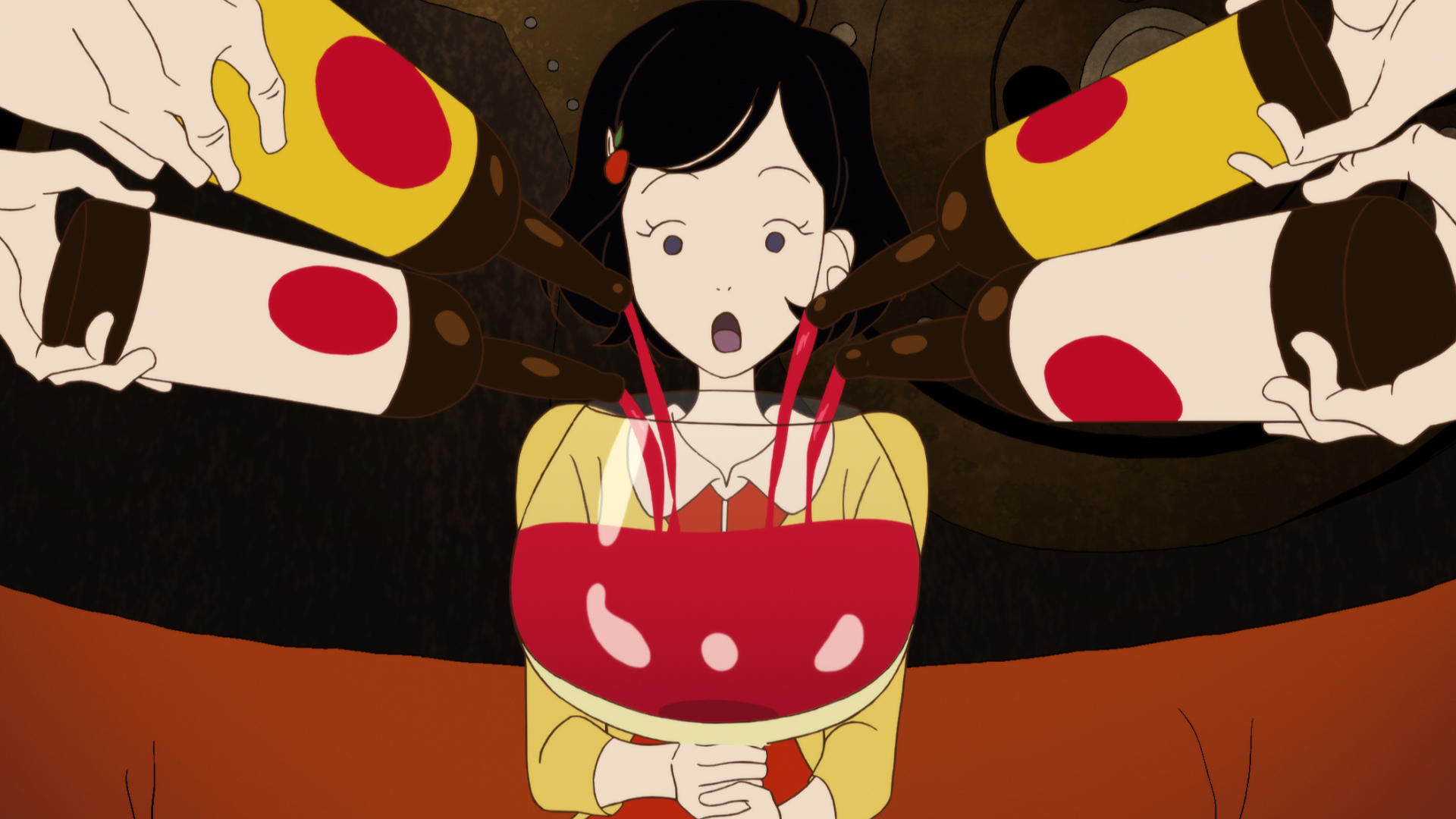 It's impossible to try not spoiling a good part about The Night Is Short, Walk On Girl, mainly because everything about Science Saru's latest film (made simultaneously with Lu Over The Wall) is a highlight. From Yuasa's rubbery animation mixing with beautiful visuals to the many metaphors and lessons about the best & worst life has to offer in Makoto Ueda's wonderful screenplay, this movie is one smile-inducing moment after another. Not only does this film lack brakes of any kind, but it manages to keep on speeding up the momentum towards a big explosive finale.

Although they are apart throughout a good chunk of the film, the chemistry between Hoshino and Hanazawa as Senior and The Girl is wonderfully intact with much strength. Be it during a guzzling of high-end booze, taking on strange challenges, or embarking on impromptu show tunes, the two main voice actors in this film demonstrate the lengths and talents they have as they dive from one crazy setup to the next. Also, keep your ears peeled for Hiroshi Kamiya's role of The School Festival Executive Head. While I cannot spoil anything about him, the personalities he jumps through are of some of this voice actor's most elastic and hilariously ever-changing. 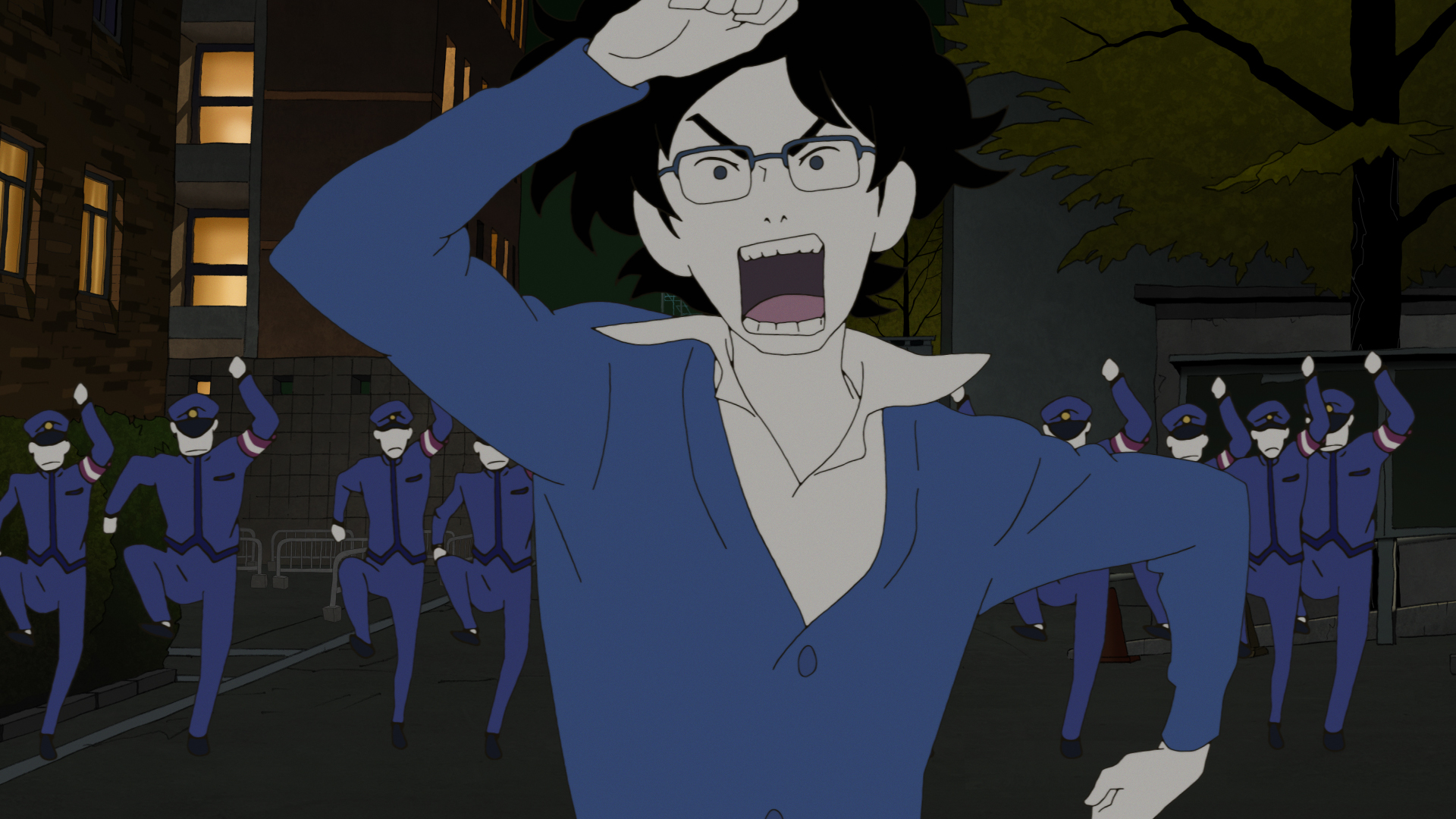 Credit must also be given to Michiru Ōshima, who crafts a soundtrack that's just as bouncy and life-giving as the animation. It booms with such pride, pomp, and other exciting things that start with the letter P throughout the movie's run time. On par with even Disney's best melodies, the strange musical numbers concocted by a man who hasn't changed his underwear in quite some time shine beautifully, to the point where you'd wish it was a legit show you can go see on Broadway this instant. And yet, even at its zaniest, the heart and spirit of these songs manage to break through with the greatest of ease.

I cannot remember the last time I've watched a movie that was brimming with so much originality. The Night Is Short, Walk On Girl is that rare cinematic event where nothing will remind you of some other film or feel like it's paying homage to some other work of art. Yuasa's latest is a true game-changer for the animation field, one that will surely have imitators try (and fail) to capture the same magic these 90 minutes delivered with a hoot, a howl, and the highest of elegant graces concocted. May your liver be strong and your singing voice loud, for The Night Is Short, Walk On Girl will take you on a journey that you'll never want to end!

Promotional consideration provided by Lucy Rubin of GKIDS. The Night is Short, Walk On Girl arrives in theaters on August 21st! Click here for tickets!