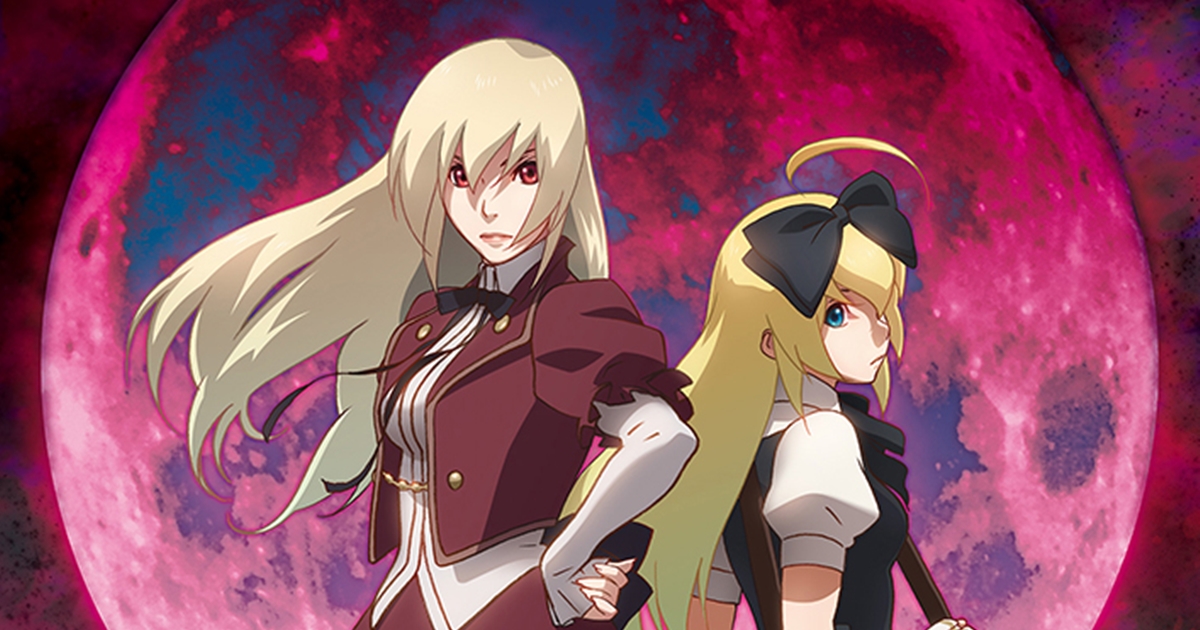 There once was a special place for films that can be deemed both terrible and terrific at the same time. That realm was called direct-to-video, which housed various popcorn fare made solely for friends to point & laugh at during late-night slumber parties. Although Netflix has taken away the home of these so-called craptastic works of cinema (save for that one remaining Blockbuster in the middle of Oregon), the spirit of these films still continue to live on in various means, fashions, and elemental states of existence. They're your SyFy original movies, film franchise rip-offs, and even works of parody or satire that pay strong homage to the movies they're riffing on.

This leads me to Calamity of a Zombie Girl, a new net anime film from studios Gonzo (My Bride is a Mermaid, Akiba's Trip: The Animation) and Stingray. Based on the light novel series by Ryō Ikehata, this latest entry into anime's horror genre is not only a grand nod to the terrible direct-to-video movies that used to flood the New Releases section of rental stores, but also does so with the most straightest of faces. Is it intentional that it's so bad, or did the makers try their best to make a gory anime that resulted in something very laughable? Whatever the case may be, the end result is something that's entertaining in more ways than one. 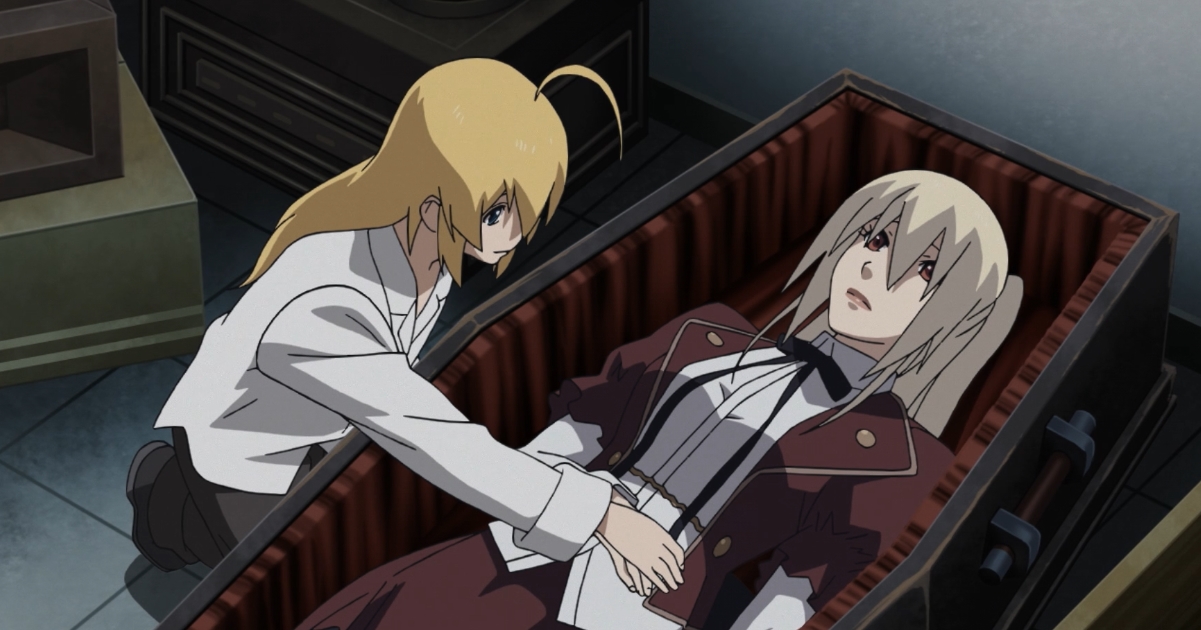 Calamity of a Zombie Girl is very run-of-the-mill when it comes to its plotline. A bunch of dumb college students break into their campus, open up a mysterious coffin, and steal a precious artifact from its keeper's rotten corpse. Naturally, the stiff comes back to life in the form of Euphrosyne Studion (Saori Hayami), as her maid Alma V (Yui Ogura) heads the charge to get her precious stone back. But of course, there is a brother/sister duo in the form of Syuichiro (Tomokazu Sugita) and Mako Takanashi (Ryoko Shiraishi) who wish to use the stone for their own personal gain, despite the fact that most of the horn-dogged students are trying to give it back to the zombie girl.

At first, the film starts off rather boringly, with the students just roaming about campus as they spout out dialogue as bad as any Spanish soap opera could conjure up. It's when Euphrosyne accidentally claims her first victim where the real roller coaster ride of the awesomely bad truly begins. Limbs are ripped off, faces are stabbed, and even a poor corgi's skull gets treated like a watermelon in the possession of Gallagher. And yes, you can throw in some unnecessary nudity and hints of incest, which should more than likely fill up your bad 80s movie bingo card that you're probably carrying. 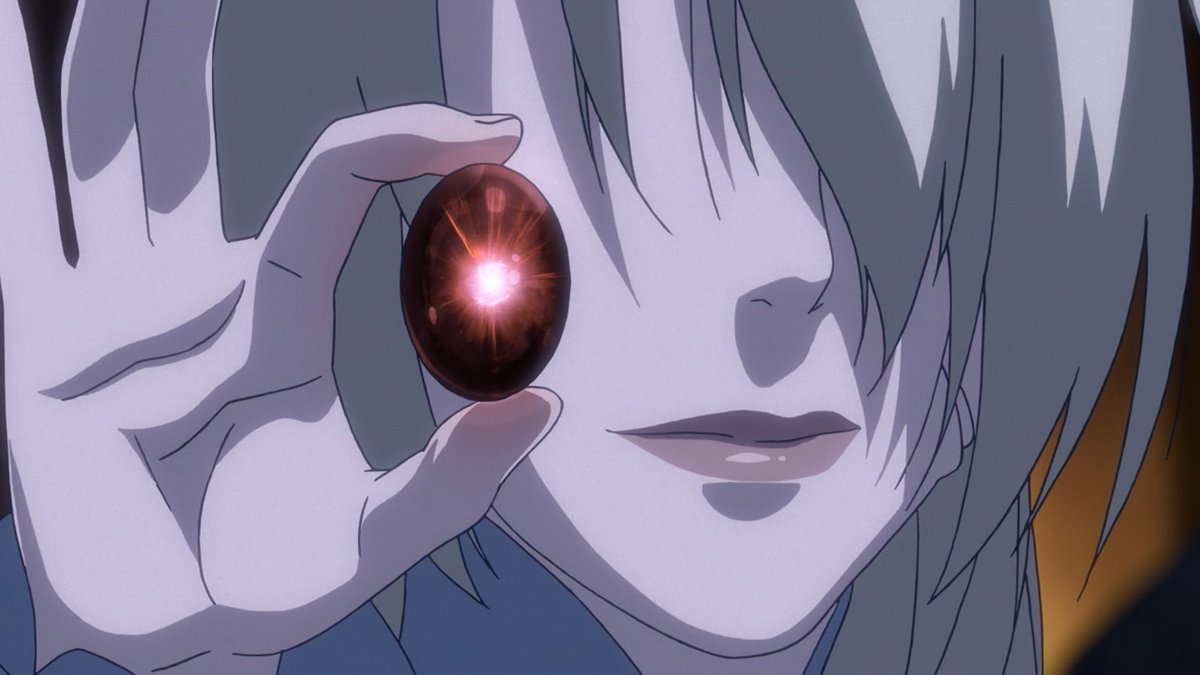 As such, Calamity of a Zombie Girl is filled with more clichés than you can shake a stick at. Poor plot twists, unnecessary backstabbing, and just about every bad horror trope can be found in this animated b-movie. But it's the little things that make it work, especially when it comes to Hayami's performance as Euphrosyne. It might not be in the same tier as Shoko in A Silent Voice or Nino in Anonymous Noise, but the voice actress is clearly having fun playing a role as dumb and pure as this. There are also some visual gags that make sitting through this movie truly worth it, some of which will make your eyes roll with a mighty chuckle.

Even though the animation is pretty bad for a film's standards, one cannot deny the sheer shock value placed in the detailed and gory deaths. Seeing heads smashed in and bodies literally tossed around trees and boulders like rag dolls is part of the so-called "charm" that this anime gifts its viewers throughout its runtime. It's one line-crossing moment of violence after another, reaching points of pure absurdity on many different occasions. Although its character designs look more like something from a mid-2000s series than a 2018 film, it somehow fits the tone and style of the story it's telling.

I'm not going to pretend that Calamity of a Zombie Girl is a work of high art, as it definitely isn't. However, one cannot deny the bloody fun that this 80-minute film delivers. Sure, it may start off slow, but once the first on-screen death occurs, then it's all laughs and over-the-top violence for all to enjoy. Granted, it's definitely a one-time-only thing when it comes to how many times you can sit through, as its magic will wear away fast. Hence why I highly recommend gathering your closest buddies, order a bunch of pizza, and riff your way through Calamity of a Zombie Girl in all of its dumbed-down and brilliantly stupid/stupidly brilliant glory. (If you can't find friends, building a couple of wise-cracking robots will be a fine substitute.)

Calamity of a Zombie Girl can be viewed on Crunchyroll and VRV. Promotional consideration provided by Crunchyroll.