HomeAnimeANIME REVIEW | Singing For The Love & Tears In "Anonymous Noise"

ANIME REVIEW | Singing For The Love & Tears In "Anonymous Noise" 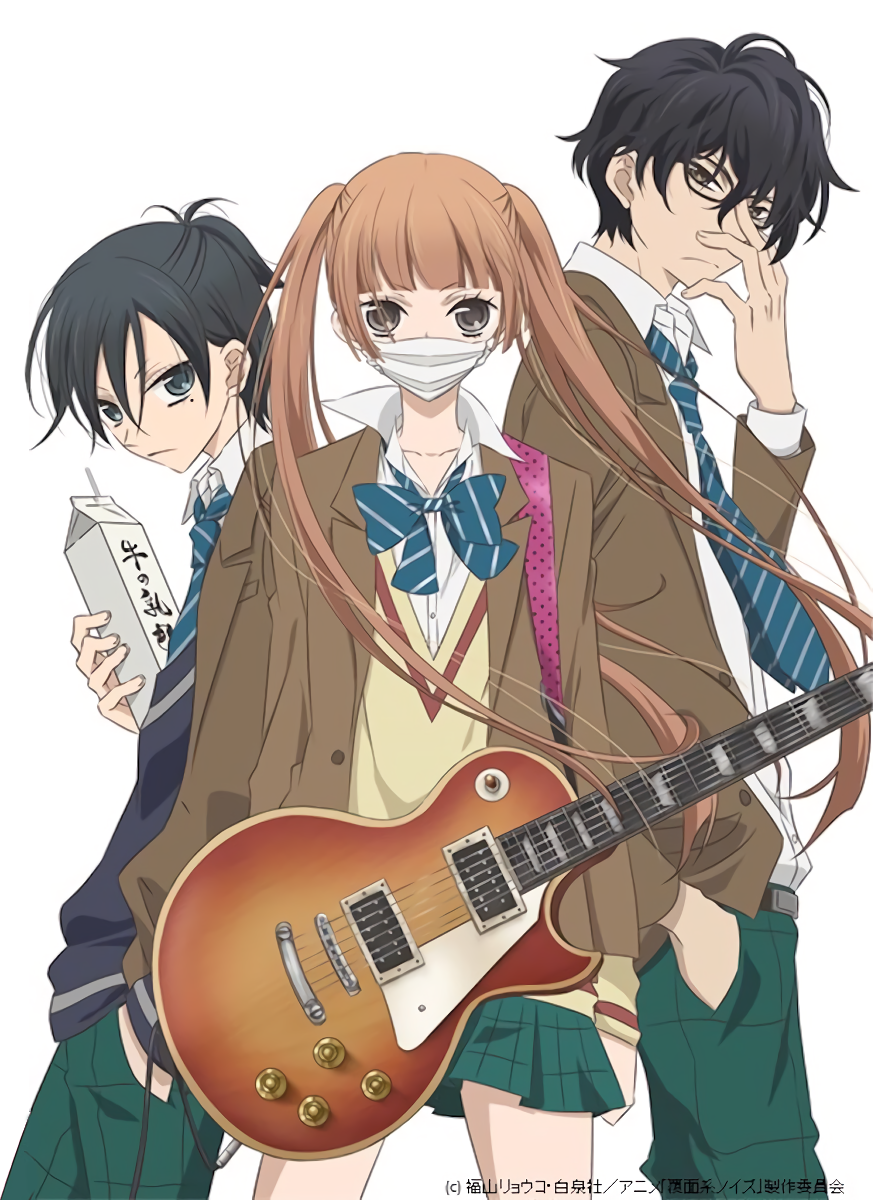 ANIME REVIEW | Singing For The Love & Tears In "Anonymous Noise"

Music can be a powerful thing. It has the ability to heal emotional wounds, lift the spirits of the voiceless, and inspire new and thoughtful ideas and concepts that are unearthed from deep within the imagination. But can it reunite the bonds of a long-lost childhood friendship? That's what Nino Arisugawa (Saori Hayami), the main focus of this Spring's Anonymous Noise, is trying to find out.

Based on the manga by Ryoko Fukuyama, Anonymous Noise follows Nino as she is about to enter high school. For years she has sought to find her friends Momo (Kōki Uchiyama) and Yuzu (Daiki Yamashita), who vanished from her childhood without even a simple goodbye. During a school recital Nino discovers Yuzu playing in a band, with the latter attempting to avoid crossing paths with her. However resisting Nino's need to see him is futile, to the point where the band's vocalist Miou (Ayahi Takagaki) leaves the band so Nino can take her place. Upon Nino's impromptu debut with the band, Momo discovers Nino's voice, bringing him reluctantly back into the songbird's life. 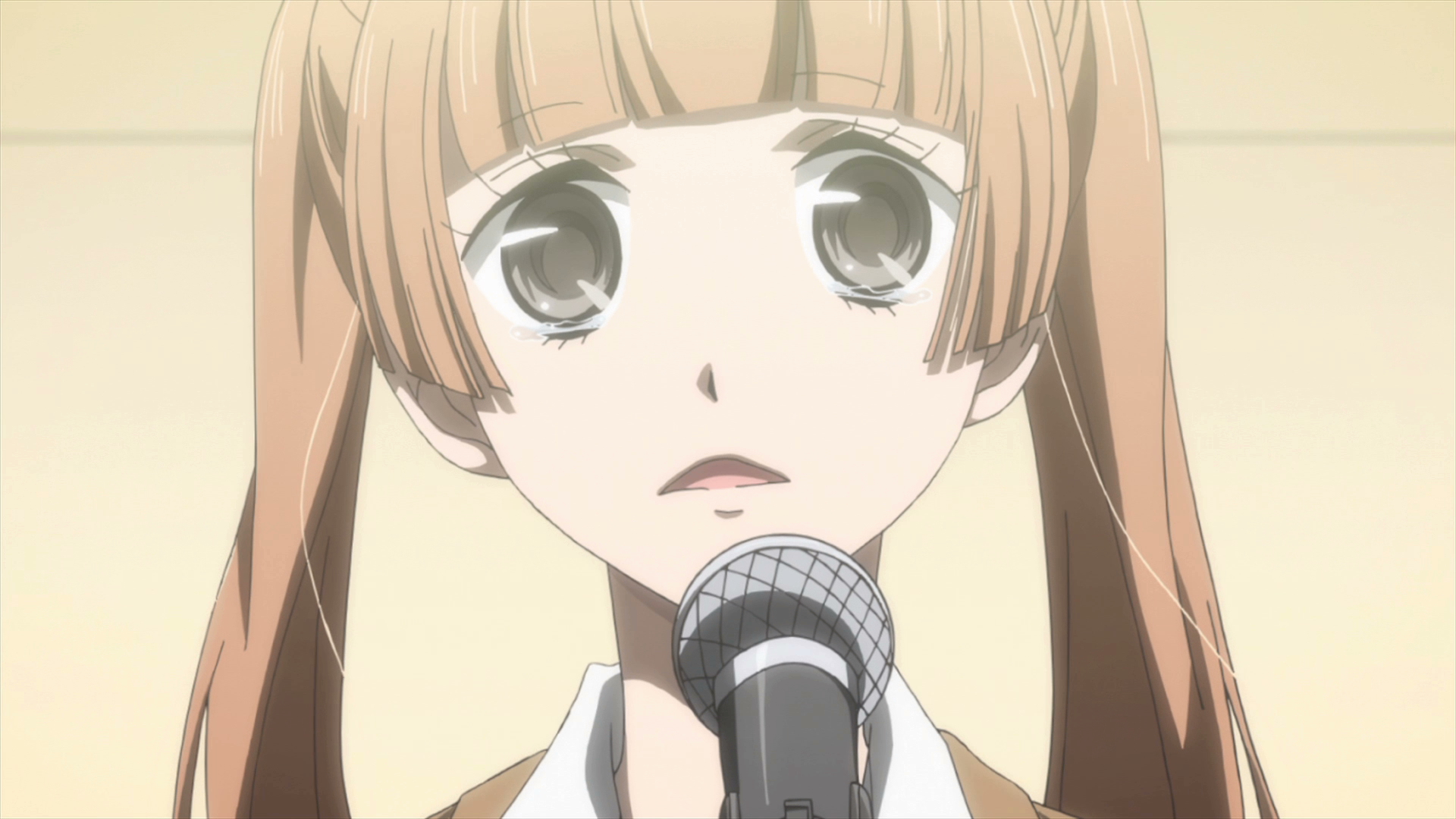 It's soon discovered that the school band is the mysterious up-and-coming group in NO hurry to shout;, with Yuzu now wanting Nino to take the role of their frontwoman. However the urge to see Momo is what at first keeps Nino from fully committing, until an emotionally scarring face-to-face with him pushing her onstage persona into a ferocious tigress. With Nino and Yuzu now becoming closer though in NO hurry to shout; and Momo secretly trying to rival Yuzu with his own mysterious band, it's all a matter of time before the other shoe drops for one of these three high schoolers.

One can quickly see a couple of the storytelling flaws of Anonymous Noise, which goes through the usual motions of a romantic comedy. After all, we've all seen many a tale of a young girl trying to gain the attention of the person her heart desires. There's even a bit of a rushed feeling that takes over the second episode of the series, which crams years of backstory into about 15 minutes. Because of this, it's initially hard to understand the mentality of Nino, Momo, and Yuzu. 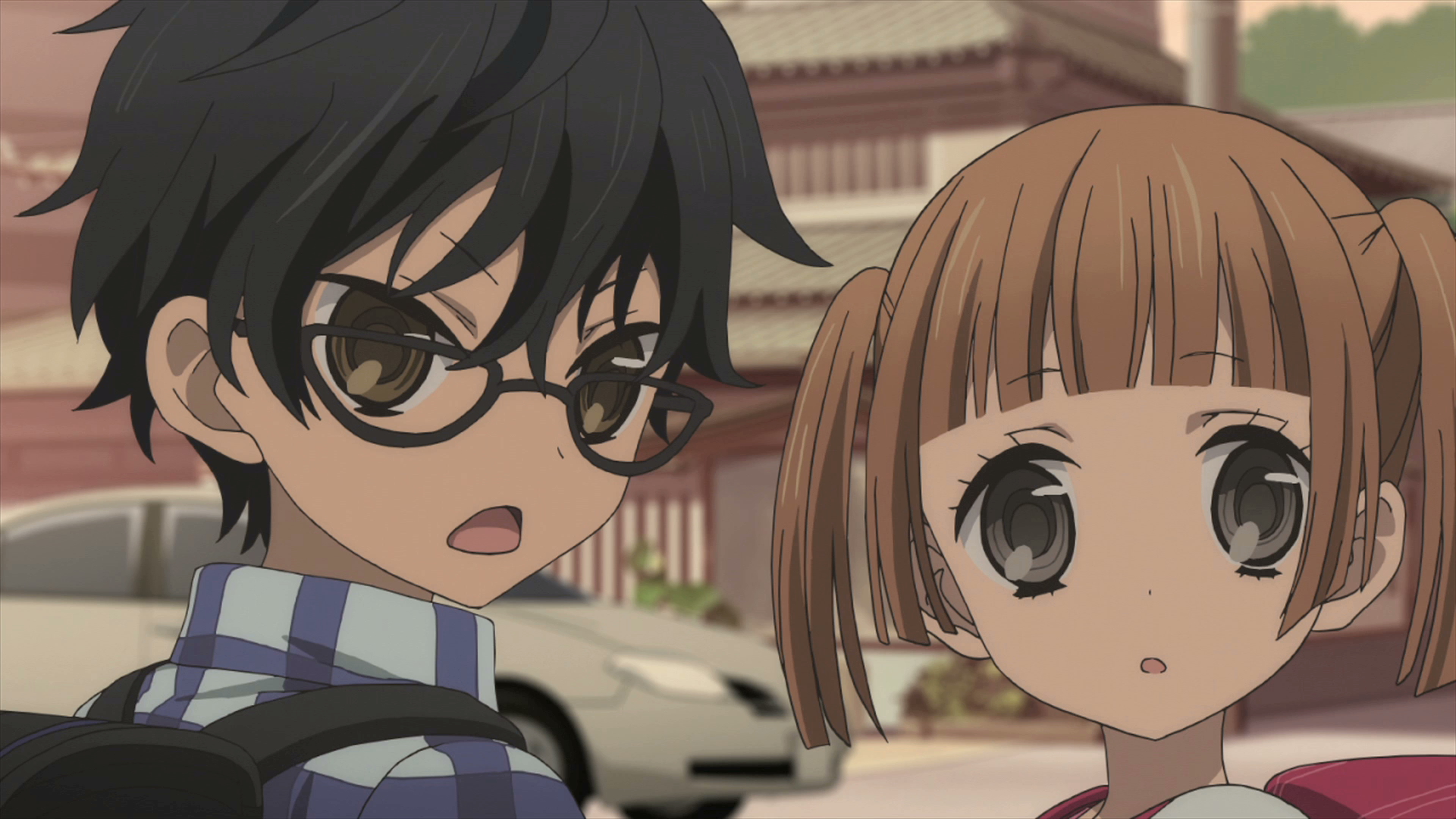 Hell, Momo in general is a hard character to read, whose actions and emotions seem way too enthralled with the idea of staying away from Nino while seemingly wanting to keep Yuzu from keeping Nino for himself. It's an overtly complicated situation that's trying to be told in this story, one that has its fair share of bumps on the road. And yet, despite these complexities, the script from Deko Akao (Amanchu!, Flying Witch) makes swallowing all these layers surprisingly easy.

It's when Yuzu, Haruyoshi (Daisuke Ono), and Kuro (Jun Fukuyama) are revealed to be in NO hurry to shout; when all the pieces of the puzzle are fit into place. With her now the band's lead vocalist, Nino digs deep into her emotional distraught over Momo and transforms herself. From the anguish of missing her friend to failing an audition right in front of him, Nino pulls out every painful aspect of her life and throws it into her performance. Even as it seems a form of reconciliation could be in the cards, there's a pain that will more than likely linger in Nino's heart & soul that'll fuel her means of singing and performing. 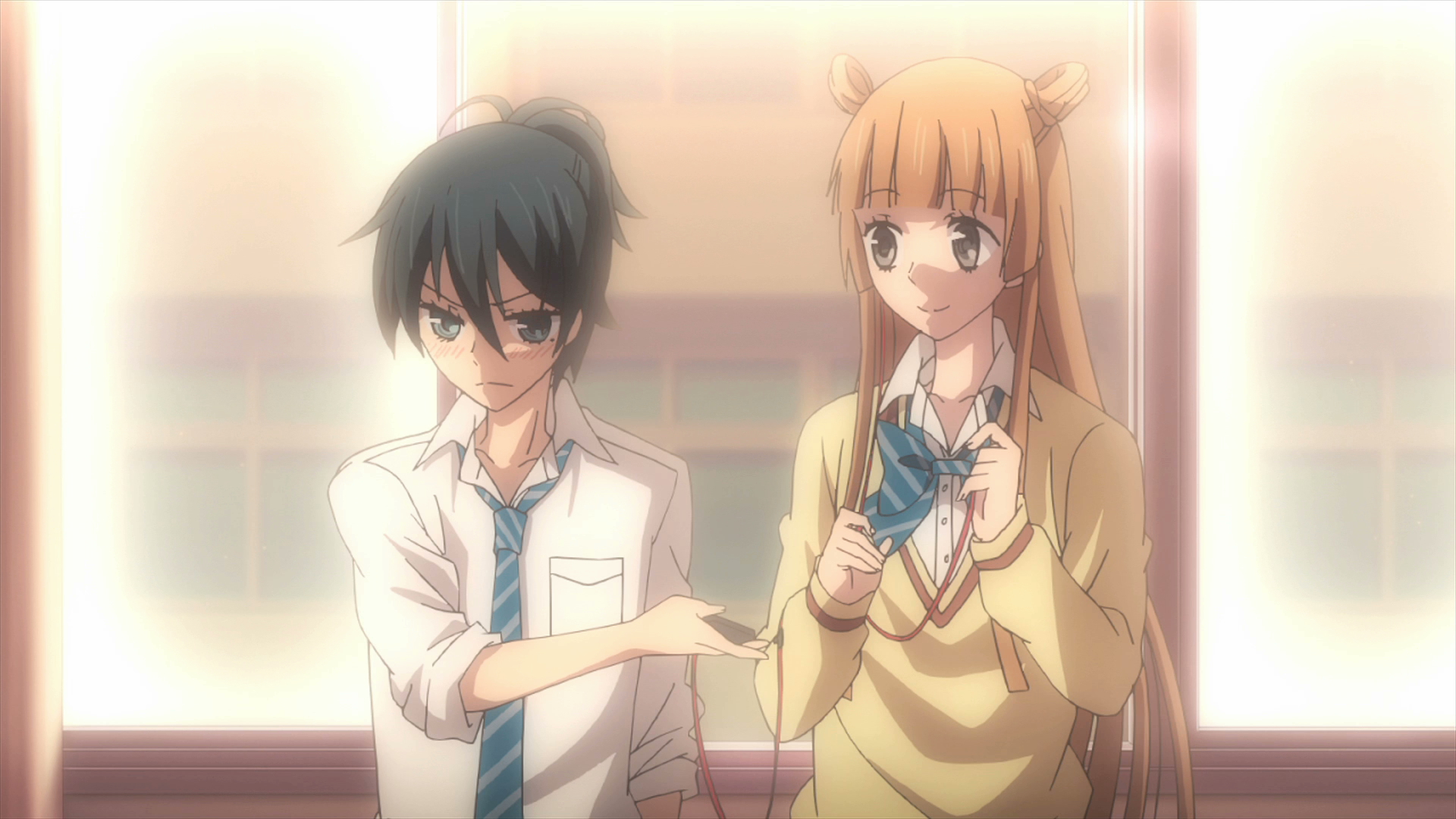 This aspect makes me admire Hayami's performance as Nino. Known for playing more cutesy characters, Hayami pulls out a tour de force in her vocals. Nino has her adorable moments, but it's when she gets behind the microphone when her true side starts to show. When singing, she roars in a very similar fashion to that of Fucked Up's Damian Abraham and Titus Andronicus's Patrick Stickles. You hear and feel the emotion that's been pent up inside of Nino, resulting in one of the most unique singing voices heard in an anime.

The rest of the cast also does an outstanding job in their performances. There's a good tone in Yamashita's take on Yuzu, even when diving a bit into his tragic side regarding his vocal chords. Always the butt of short jokes, his humorous aspect showcases a break in some of the more humanistic tension that befalls Nino and Momo. Speaking of Momo, Uchiyama takes the role and brings forth a coldness to it that resonates to the means of surviving financially in the music world. Ono is as bouncy as ever Haruyoshi, with Fukuyama's Kuro often acting as the positive backbone of the band. 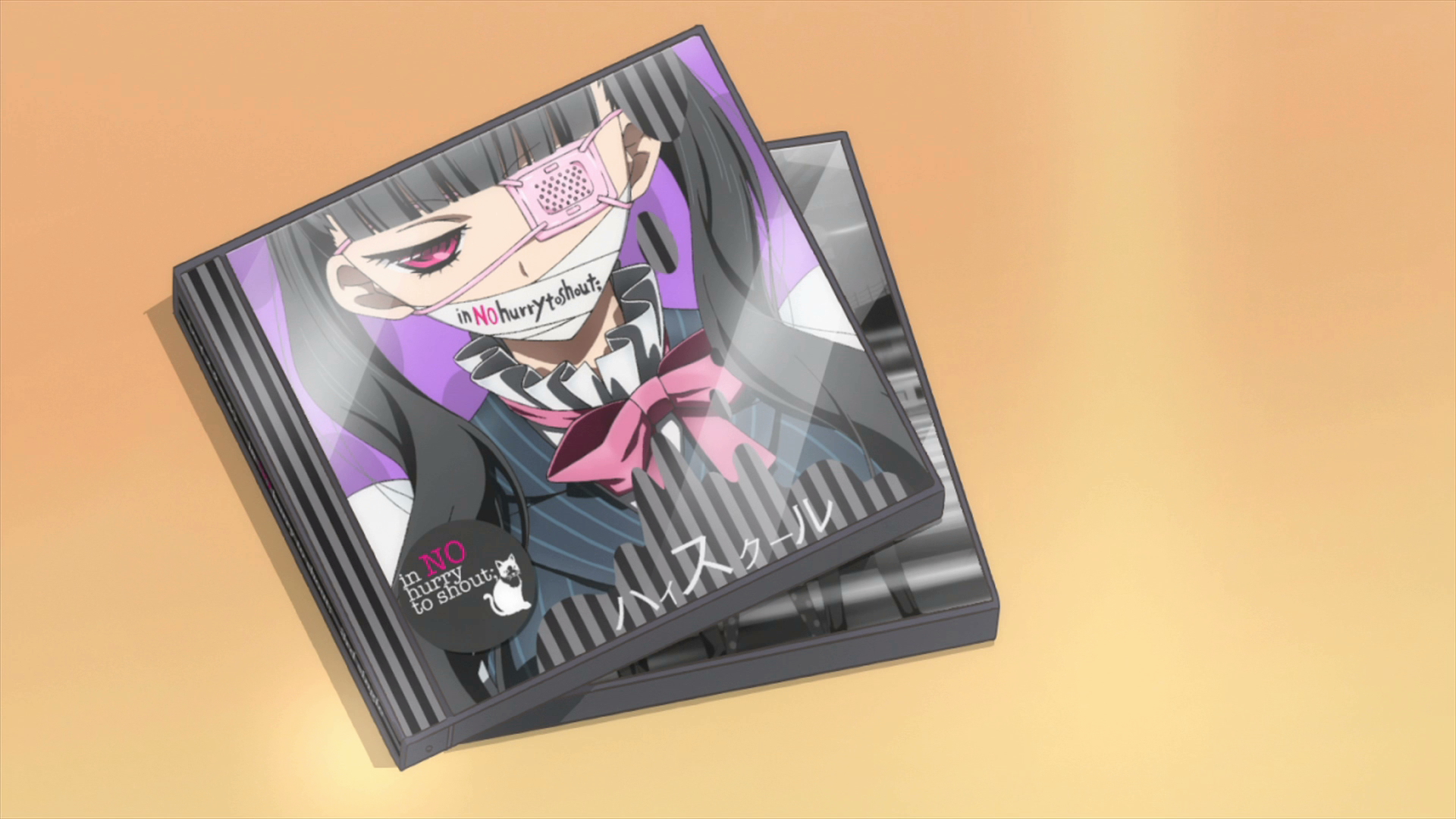 However it's the soundtrack of Anonymous Noise that acts as the series's beacon of power. The score itself by NARASAKI (Expelled From Paradise, Deadman Wonderland) often sounds reminiscent of the works of the Pixies and late 90s-era the pillows, with its indie rock sensibilities and garage-styled production values. A lot of homework was obviously done to recreate the sound for these musical pieces, which often keep with the overall rock tone the show presents itself.

One can only hope that in NO hurry to shout; can exist outside of the manga and anime. With songs such as "canary," "Spiral," and "High School," it's hard not to see the potential of bringing this cartoon band to life in the same way Damon Albarn and Jamie Hewlett do with Gorillaz. After dealing with the massive musical stinkers in the likes of Show By Rock!! and Super Sonico: The Animation, it gives me great pleasure knowing that someone in the anime industry can craft an anime rock band that sounds like a legit rock band. (I personally would see it as a lost opportunity if the producers don't plan to bring in NO hurry to shout; on the road in some fashion.) 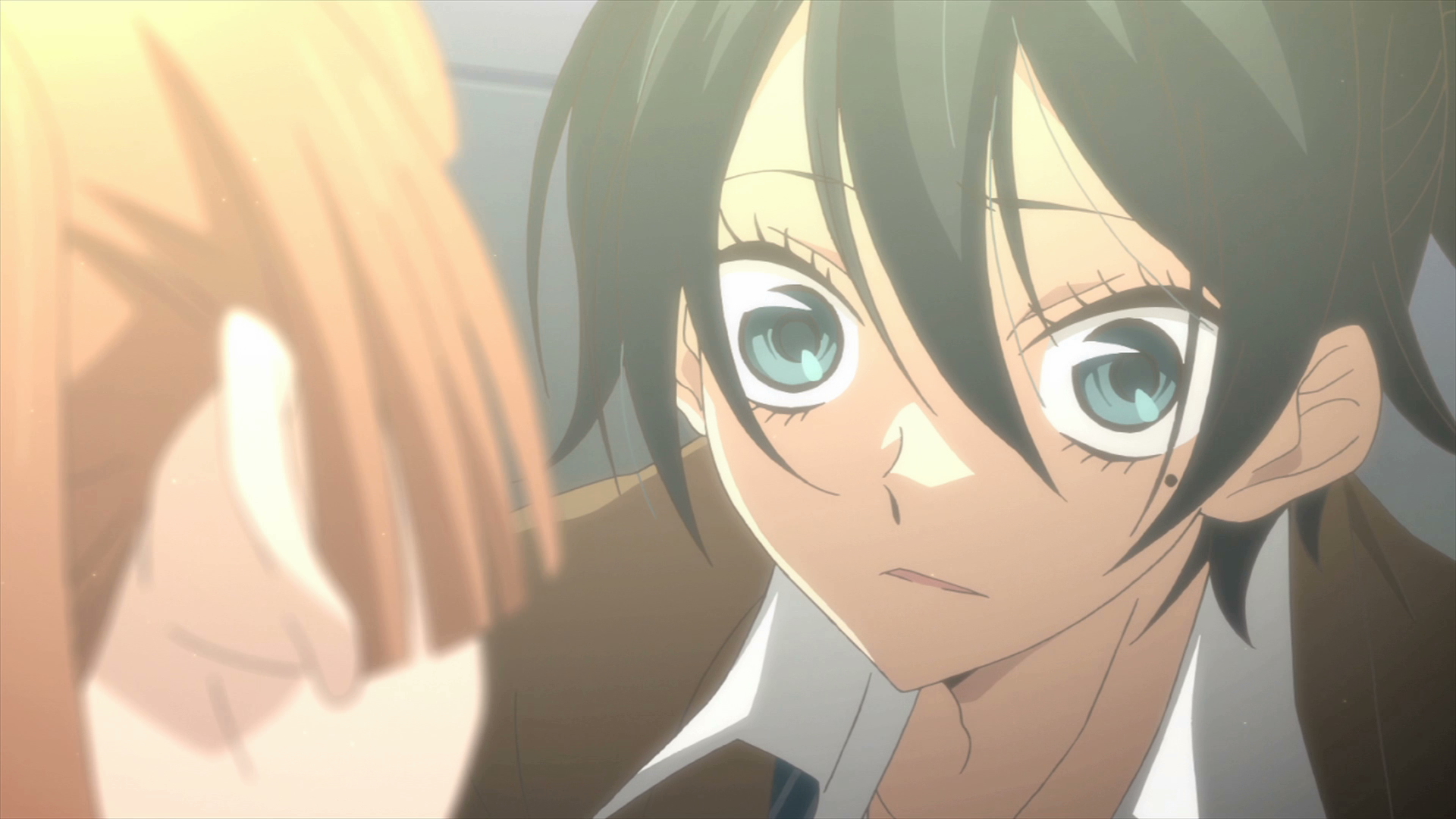 Animation-wise, Brain's Base (Kiss Him, Not Me!) somehow has captured a retro-styled shojo look in Anonymous Noise. With their large doe-like eyes, Nino, Yuzu, and the rest of the characters often look reminiscent to the works of Natsuki Takaya (Fruits Basket). While the backgrounds and settings are decent for the most part, it's when we're shown in NO hurry to shout; in action when we see the quality of the animation jump. A mixture of 2D and CGI the performances scream with life, with Nino swaying with her heads behind her head in a way that calls back to various hardcore punk singers who present themselves in a similar style.

Anonymous Noise is a musical romantic comedy worth raising your voice for. Well-written characters, a fair balance of drama and humor, and some killer music help to make Brain's Base's adaptation of Fukuyama's work one of the strongest series in its genre. While we're still a couple episodes away from seeing what will entail for Nino, Yuzu, and Momo, it can't be denied how nicely composed this anime has been since its start. In short, you probably won't find a better music-based show worth cranking it to eleven for than Anonymous Noise.

Anonymous Noise can be viewed on Anime Strike, and has been licensed by Sentai Filmworks. Episodes 1-8 were observed for this review.

Background Noise: The Monitor by Titus Andronicus - As mentioned earlier there were two bands that came to mind when I first heard Hayami sing as Nino: Fucked Up and Titus Andronicus. While Nino roared like Damian Abraham, I found myself leaning towards the emotional aspect of Patrick Stickles's vocal projection when it came time to write about Anonymous Noise. Titus Andronicus's second album The Monitor, a concept album about the Civil War, showcases a lot of similar emotional gut-punches in Stickles's vocals that matched well with Hayami's musical performance as Nino. (For the best examples, we recommend listening to the songs "No Future Part Three: Escape From No Future," "Four Score And Seven," and "To Old Friends And New.") 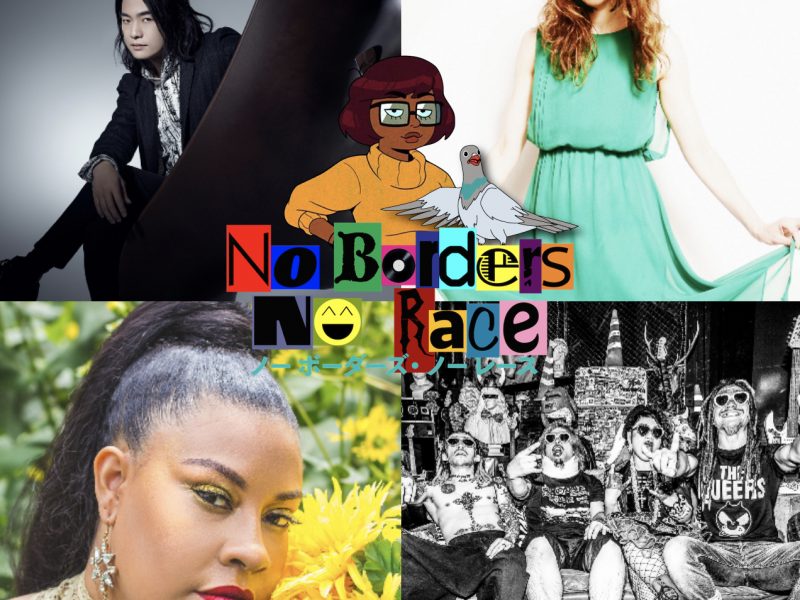 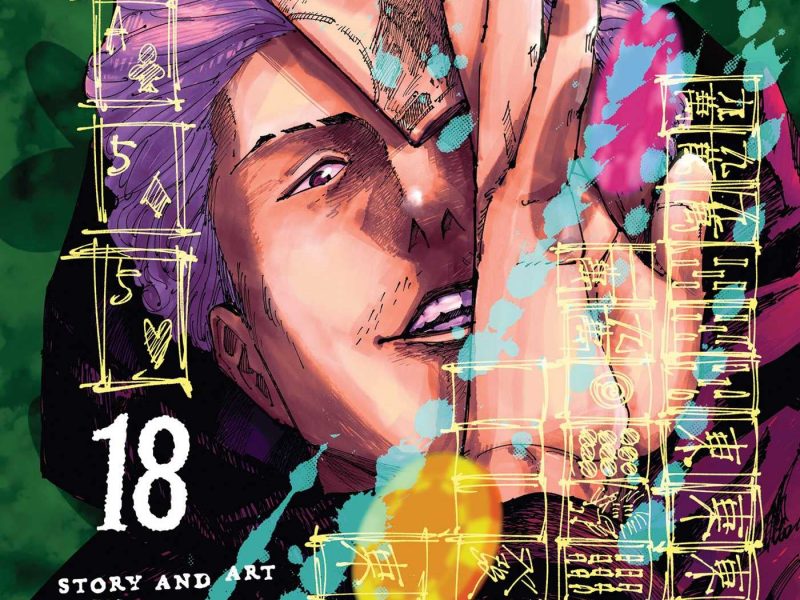