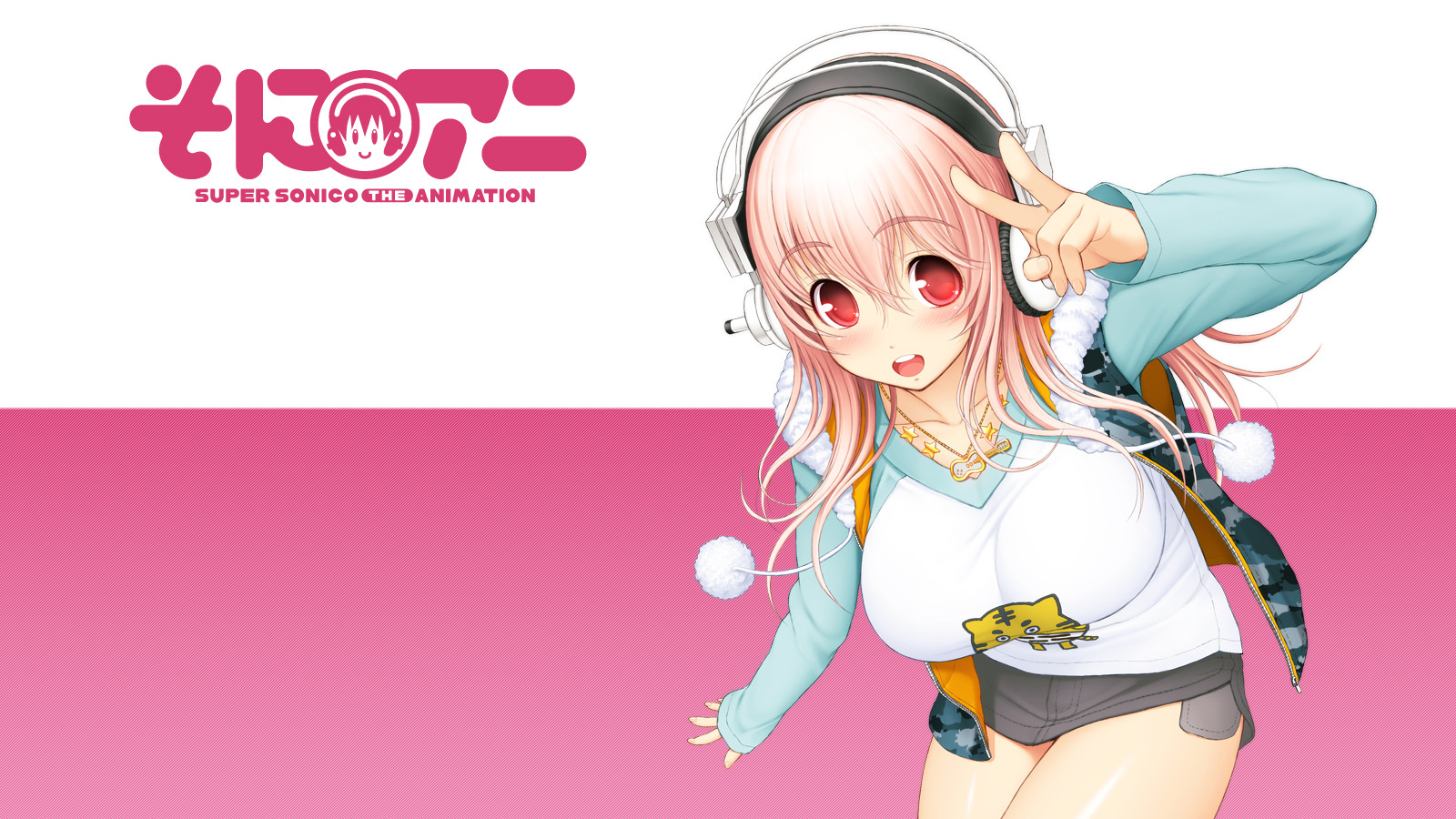 “You see, whether you can draw like this or not, being able to think up this kind of design, it depends on whether or not you can say to yourself, ‘Oh, yeah, girls like this exist in real life. If you don’t spend time watching real people, you can’t do this, because you’ve never seen it. Some people spend their lives interested only in themselves. Almost all Japanese animation is produced with hardly any basis taken from observing real people, you know. It’s produced by humans who can’t stand looking at other humans. And that’s why the industry is full of otaku!" - Hayao Miyazaki, on drawing realistic characters

I bring this quote up from Miyazaki because I agree wholeheartedly with it. For a long time now a good chunk of recent anime series have featured female characters that lack a sort of realism that people, especially women, can relate to. Granted a few shows each year have their share of strong females, but for the most part -- especially in the comedy realm -- they're filled with one-dimensional eye-candy who lack any sort of real purpose other than for lonesome otaku to buy cuddle pillow versions of them. When it comes to these sorts of characters, no one reigns supreme over all of them than Super Sonico.

For those unfamiliar with Super Sonico, let me give you a brief introduction: created as a mascot for Nitroplus's music festival she became quite popular thanks to a plethora of highly-detailed figurines, visual novels, and manga series. Apparently one of the higher-ups decided it would be a great idea to give their mascot a full-fledged animated series. Hence SoniAni: Super Sonico The Animation was put into production by the folks over at White Fox, the same team who brought us the brilliant Steins;Gate and Tears to Tiara anime adaptations. It all sounded promising, right?

SoniAni follows Super Sonico as she does her daily slice-of-life duties. She's a great student, despite being almost always tardy, and at times is usually the smartest one in the class. Once her studies are done she meets with her modeling manager and performs her photogenic tasks of looking cute for the camera, which is then followed by band practice with her group First Astronomical Velocity. Here she does both guitar and vocal duties, and tries her best to be the rock star she dreams of being. After she's finished with her friends it's off to her Grandma's restaurant, where she assists as one of the waitstaff and helps put a smile on the faces of the patrons.

You know for someone that seemingly has an exciting life, the show's writer Yousuke Kuroda has gone a real long way of making it really boring! SoniAni manages to take a character that should be one of the most interesting people in the world, and places her into a series that lacks any real plot device. Not to mention, Super Sonico is too perfect of a person, one that does her duties without complaining and coming out of bad situations completely unscathed and even better than before. A woman like this doesn't exist, at least not without a serious fault or two. She only serves to do cute things to appease the 1% of otaku who have somehow found way to control the anime industry via buying her merchandise by the truckload (hence the Miyazaki quote in the beginning.)

It's bad enough when they take scenarios that should be exciting and instead shove tranquilizers down its throat. One episode involves a special product release party on a boat for fat-reducing body cream, only for all the patrons who used it to become zombies. From there Sonico and her friends must find a way to stop it, or save themselves from becoming one of them. Instead of the obviously cool path we usually see in things involving the undead we're given moments of Sonico trying to act scared in a cute way while bad line after bad line is spat out from her cohorts. SoniAni made zombies dull, and that alone is an unforgivable act!

It doesn't help either that Super Sonico's characters are as flat as she is. Her fellow model Ouka, whom would've been fine as a rival of Sonico's, is instead just another pal in the competing world of bikini's and fan-servicey pics. While she can be funny when things don't go her way, these once-in-a-while moments aren't enough to save face. Her fellow bandmates Suzu and Fuuri also lack a sort of originality, acting more as an extra head or two on the body of Super Sonico.

The only real likable character in the entire series is Manager-san, a demon-masked wearing businessman who represents Sonico. He's a badass, can be funny at times, and shows more depth and character than all of the other people in this anime combined. When he sees his client put into an uncomfortable position (i.e. when he accidentally puts Sonico into an ecchi Power Rangers clone with a perverted tentacle monster) he goes all Kamen Rider on all who seek to put their hands where they don't belong. In all honesty Manager-san is who the show should be about, with Sonico being a sort of sidekick for his business-y ways.

Thus we've come to the part of SoniAni that left the worst taste in my mouth: the music. Throughout the show Sonico talks about wanting to become a famous rock star, even showing scenes of her hard at work writing lyrics here and there for what she hopes to be First Astronomical Velocity's breakthrough hit. All this would be great and all, if it weren't for the fact that what comes out of the band is INCREDIBLY SHITTY POP MUSIC!!! Yet Sonico throws the term "rock" around as if it has no real meaning whatsoever.

I know this is a cartoon, and I realize that it's pretty stupid to focus too much on something as small as an animated band's sound, but as a music critic on top of everything else I review I cannot for the life of me give it a pass. When Alan Freed popularized the term "rock & roll" on his Cleveland radio show back in the 1950s he didn't want it to be just a phrase to be tossed around for anyone to use. It was for artists like Chuck Berry, Buddy Holly, and Jerry Lee Lewis, who were creating a sound that at the time was quite unheard of. As time went on the concept of rock evolved to what the Beatles and Rolling Stones wrote, which then had led to such sub-categories as metal from the likes of Black Sabbath and Iron Maiden, punk via the Ramones and The Misfits, and the alternative sounds of Violent Femmes and Depeche Mode. But the sounds of First Astronomical Velocity don't even stand a mile away from any of these styles of rock music.

For the songwriters in SoniAni to make these songs and slap a "rock" label on them is an insult to the music community as a whole. If they had made Sonico a pop idol on the show, then these songs would be no issue, as they're your run-of-the-mill crappy singles that come spewing out of Japan's music industry. But no, the writers decided to call them rock songs. There are no Dave Grohl drum solos to be found in Fuuri's skills, not an ounce of Lemmy bass riffs from Suzu's plucking, nor a note of a Joan Jett roar pouring out of Sonico's throat. All we are given are generic pop songs that are so bad that even the likes of AKB48 would scorn them. I swear after every time one of these songs played I had to stop everything I was doing and cleanse myself with the closest Queens of the Stone Age record I could find.

(For those of you out there who just assume that what First Astronomical Velocity is playing is the usual stuff of female-fronted rock from Japan, let me give you a list of bands to check out: TsuShiMaMiRe, detroit7, FLiP, GitoGito Hustler, noodles, the brilliant green, Shonen Knife, Anna Tsuchiya, toddle, GO!GO!7188, chatmonchy, Bleach03, tokyo pinsalocks, Melt-Banana, SpecialThanks, and Molice. However if this is the case, then why the hell aren't you listening to the No Borders No Race Podcast?!)

So within all the really bad things about SoniAni, is there any sort of specific quality of the show that's actually good? The short answer: not really. While the characters look nice animated there appeared to be some cost-cutting tricks pulled in regards to the backgrounds and character actions. Then there's the absolutely weird CGI animation that happens during the end credits, where Sonico and her bandmates play one of their stupid songs while she roams around doing whatever in Gamecube-quality computer graphics. The voice acting is decent for what the seiyuu have to say, but you can even tell from their performances that they're not quite enjoying themselves in the recording booth.

SoniAni: Super Sonico The Animation is one of the worst anime series I've had to force myself to sit down and watch. Its story lines lack any texture to them, the characters are completely non-relatable, and its music sucks. (The fact I went through eight episodes of this series shows how much I sometimes have to torture myself in order to report on something like this.) The most awful thing about it all: it's been licensed for American release by Sentai Filmworks. Not Kotoura-san, not Love Lab, and not even the stupid-but-fun-to-watch Muromi-san. This steaming pile of bullshit fan-service anime is hitting US stores!

My advice to all of you rich anime fans out there: if you see a bunch of copies of SoniAni at your store when it comes out, buy them all and proceed towards your nearest shooting range for some target practice. Hell send a couple to Miyazaki, who'll probably set aside his pacifist ways and take a bazooka to them. At the very least a show like Super Sonico The Animation would scare him out of retirement, and perhaps that'd be the only redeeming thing this anime could do.

SoniAni: Super Sonico The Animation can be viewed on Crunchyroll. I seriously don't recommend it, though, so instead watch Kill la Kill or Golden Time (or one of the other series I mentioned above). Originally posted on the ESH EGMNOW Page.