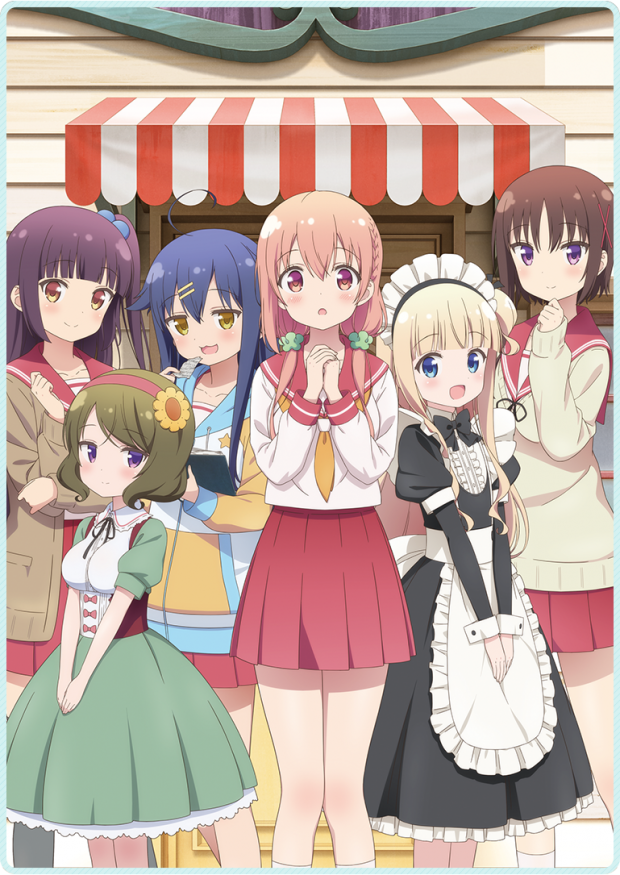 Conquering social anxiety can be tough. Even as a journalist that covers various conventions, I often find myself having a hard time getting someone's attention, let alone talk with a guest at their booth. So I can say with certainty that the title character in the new anime series Hinako Note is somewhat relatable to my situation. However, despite some of its finer moments, it has its share of technical difficulties.

Based on the manga by Mitsuki, Hinako Note follows country girl Hinako Sakuragi (M.A.O). New to the big city, she aims to join her high school theater troupe in order to beat a form of social anxiety that has her often frozen literally like a scarecrow. With the aid of her new friends Kuina (Miyu Tomita), Mayuki (Yui Ogura), Chiaki (Hisako Tōjō) and one-sided rival Yua (Marika Kōno), Hinako uses all of her gusto to drop the curtain on her social anxiety and deliver a fine opening night to the world of the stage. Of course it's never as easy as it should be. 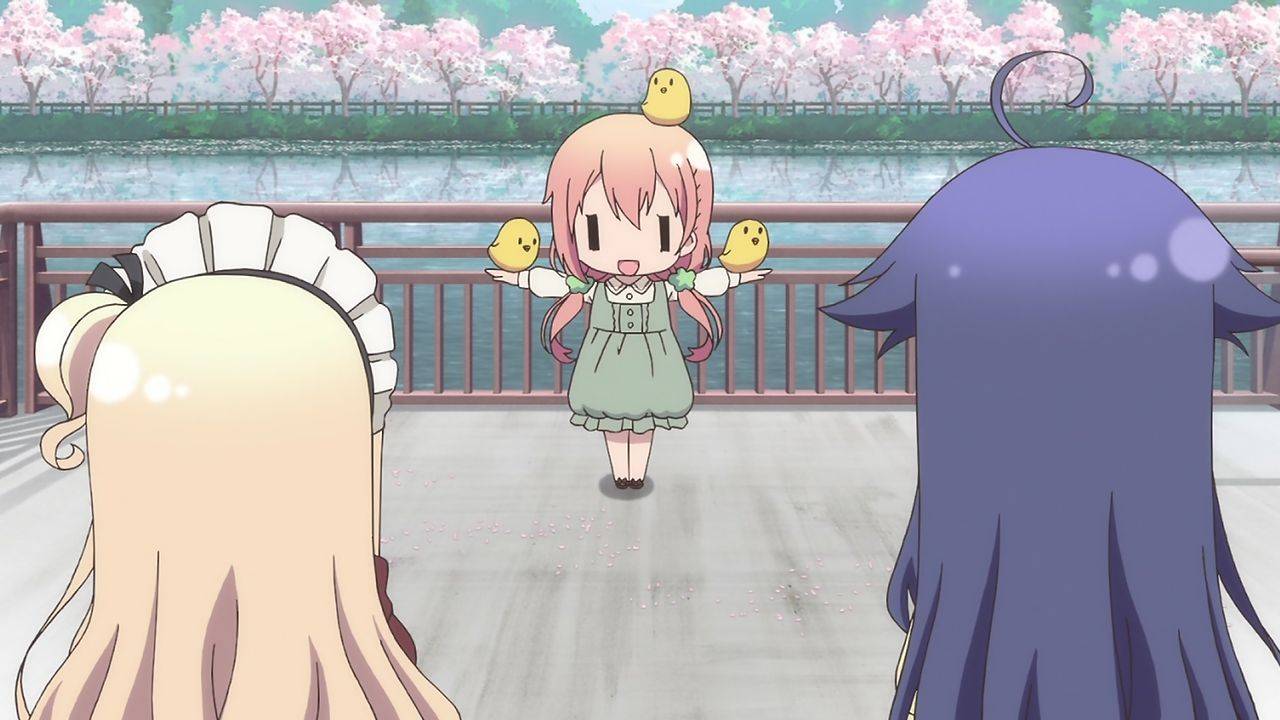 When it comes to the overall plot of the series, it's nice to see Hinako overcome her issues at a somewhat realistic pace. While the scarecrow bit can sometimes run its course, seeing her bounce between wanting to act more sociable and literally freezing like a statue when an opportune moment arises is good for a few laughs. Perhaps it's because it's not at the expense of her problem, but the treatment of Hinako throughout the series thus far has been fair. It also helps when she has a good foray of friends at her side that never take advantage of her situation.

Kunia's mannerisms are often snicker-inducing, from eating book pages to dressing up like a shark to playfully spook Hinako before a beach trip. Acting younger than she really is, Mayuki is inadvertently a goofball when she is in need of attention. (The added music box melody of "Rock-A-Bye Baby" often elevates her situation to much bigger laughs than it would without it.) As the stern caretaker, Chiaki acts somewhat like the mother of the group, especially with everyone living under the same roof in their combo cafe/bookstore/apartment setting. Yua can be funny at times, but forcefully acting cold towards Hinako just seems cruel in some places. 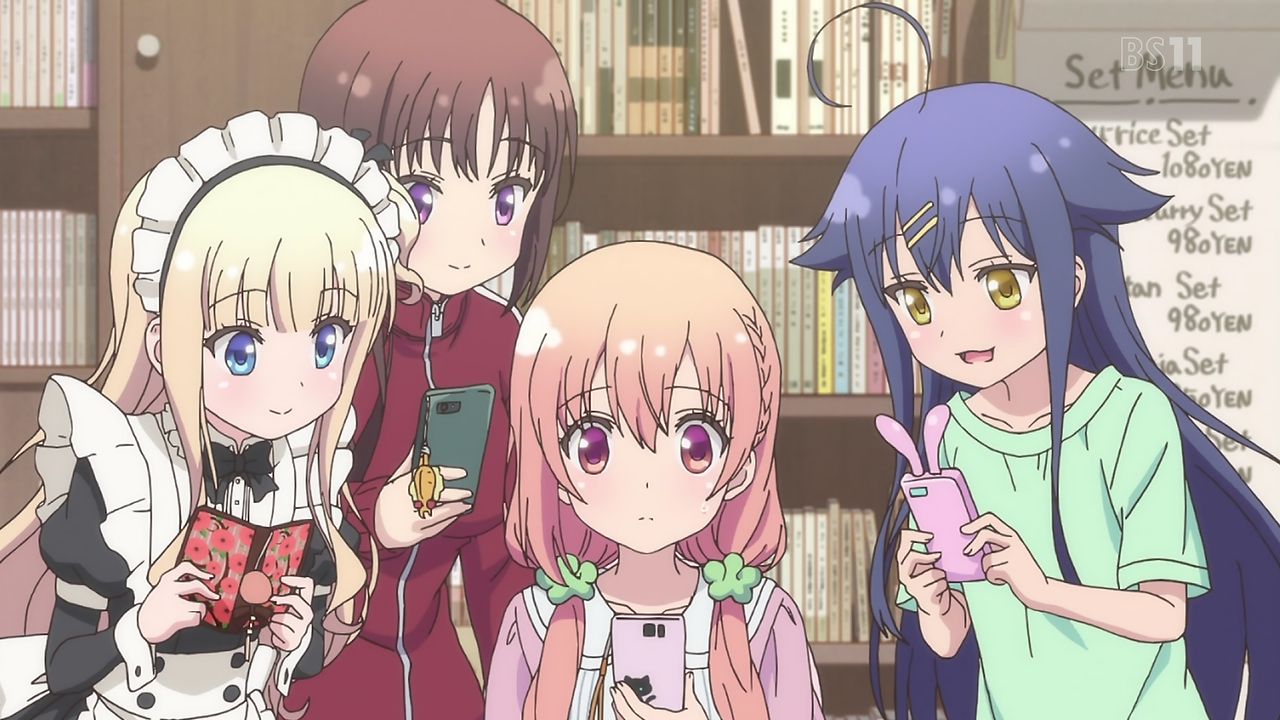 Script-wise Hinako Note has some high marks. Adapted by Tatsuhiko Urahata (GATE, Cardfight!! Vanguard), the anime puts a big emphasis on Hinako's yearning to overcome her problem, and does so with the right amount of baby steps. Watching her evolve in theater club from a stumbling mess to a confident actress on the stage is quite the powerful transformation, with the blunt of the humor being more at the expense of those around her. It's not perfect by any means, but it can be on the uplifting and relatable side for those like myself who often deal with these certain problems on a daily basis.

Animation studio Passione is still a bit new to the game, with only two other productions under their resume. While colorful with a dose of cute personality, Hinako Note can seem a little bland compared to many of the other slice-of-life comedies out there. It's comparative to AIC's 2012 anime Place to Place, meaning that the series can look a tad outdated. However I will say that the theater and school festival scenes in Episode Six showed off some great attention to details. Despite the decent background, the characters are brimming with adorable animations, be it in their normal or chibi-styled forms. 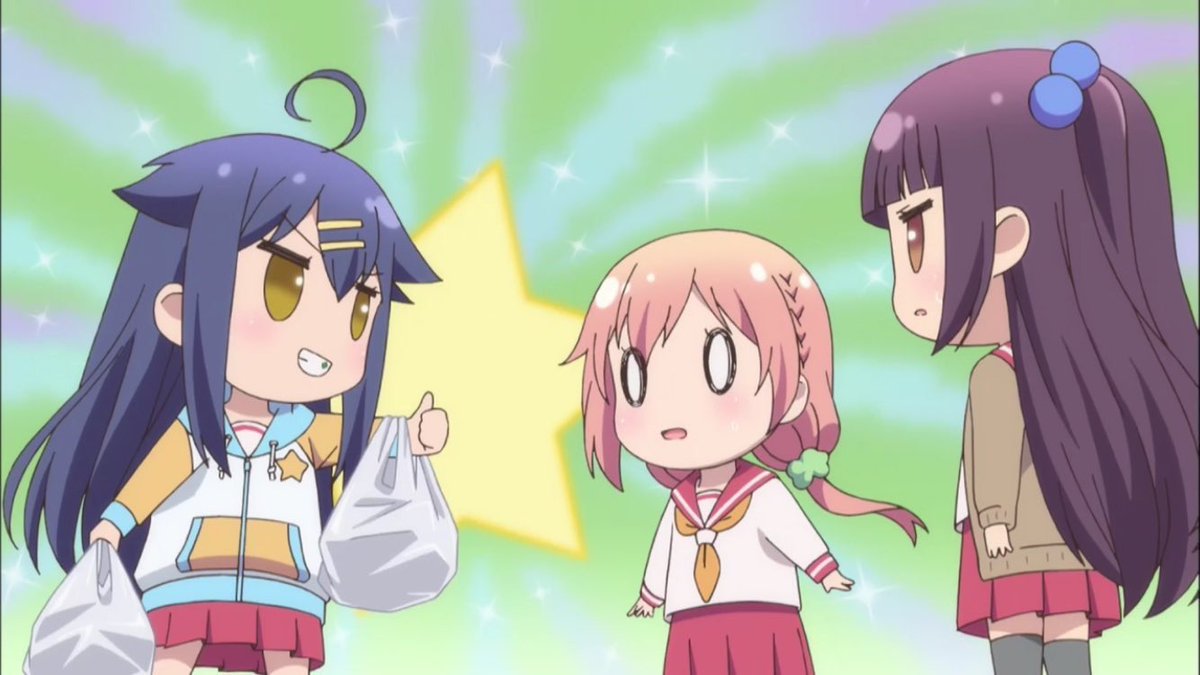 M.A.O brings a fine balance of adorable awkwardness and closeted confidence in her role of Hinako. Tomita delivers a humorous level of dorkiness as the bed-headed Kunia, whereas a childlike silliness is in full swing with Ogura's take on Mayuki. Tōjō's Chiaki is the voice of reason in Hinako Note, with her presentation of the character being one of strong will and noble heart. The only weak performance in the cast is sadly Kōno's Yua, and while she can be funny her tsundere-like attitude easily kills the mood of some of the more important scenes.

Composer Yukari Hashimoto (Toradora!, Monthly Girls' Nozaki-kun) delivers a score that plays right with the scenes at hand. Surprisingly it's when the scene is at the expense of its cast (especially the character Mayuki) when the better melodies present themselves to add an extra dose of laughter. However the opening and end themes by the voice cast "A-E-I-U-E-O Ao!" and "Curtain Call!!!!!" are cringeworthy cuteness at best. Even the most delicate of people will probably wanna disinfect their ears with some heavy rock after one listen. (Might we suggest a little in NO hurry to shout;?)

Hinako Note is nowhere near the best show of the Spring season. With that being said, it's hard not to enjoy its style of humor and goofiness. It'll surely give viewers the warm fuzzies, but it's certainly not for those who steer clear from the more adorable kinds of anime. While it doesn't merit a standing ovation, Hinako Note is fun enough to win maybe an encore or two from its audience.

Hinako Note can be viewed on Crunchyroll. Episodes 1-8 were observed for this review. Promotional consideration provided by Crunchyroll.

Background Noise: Whiteout Conditions by The New Pornographers - The powerhouse team of A.C. Newman, Neko Case, and the rest of the gang have returned with their seventh album. With their style of indie rock and folk, their sound is just as catchy as ever in the likes of "Play Money," "Colosseums," and "Clockwise." Pairing it up with Hinako Note was a no-brainier, especially when there's a more-than-fitting melody on there called "This Is the World of the Theater."