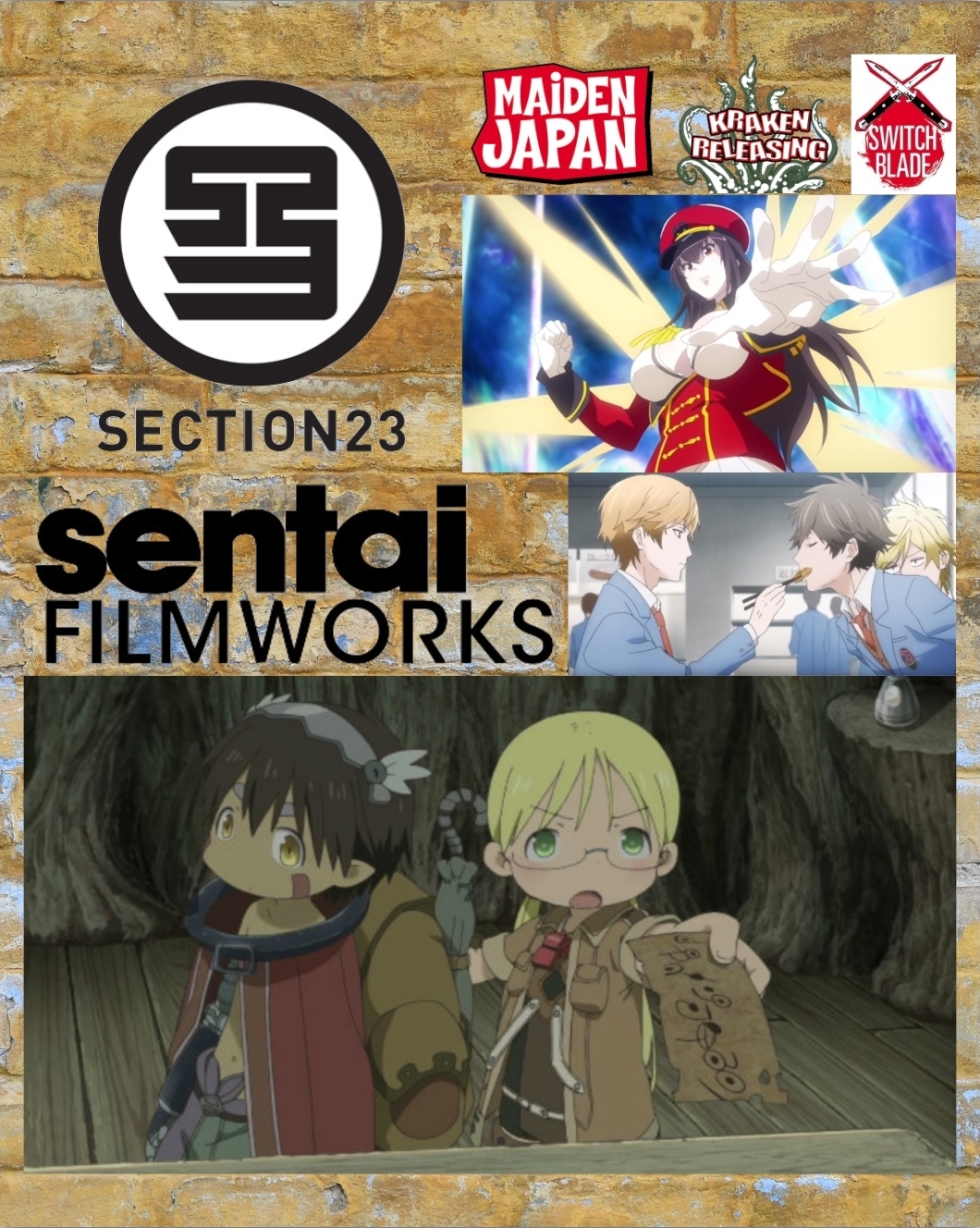 October may be when the freaks and creeps come out to play, but for Section23 Films, that'll be the time for some heavenly deities and young explorers to arrive on the scene. Okay, there's one release here that may give viewers the heebie-jeebies! 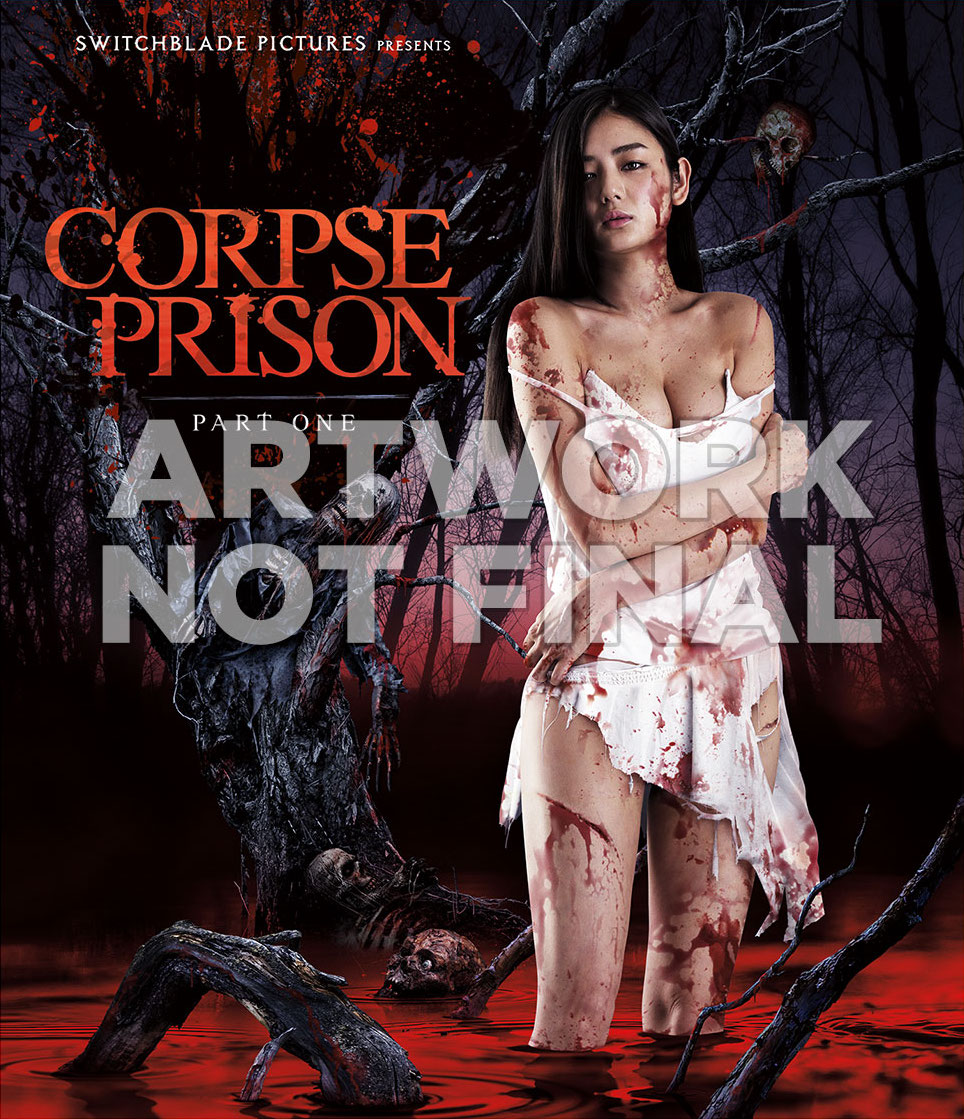 Oddly enough, that's how things will start off, with Switchblade Pictures' release of Corpse Prison: Part One on October 2nd! Mikoto knows that there is something very wrong with the tiny town of Yasaka as soon as she and her students arrive. Can it really be true that, for 50 years, not a single girl has been born in this isolated community? Despite the fact that Mayor Amano and the other all male residents have enthusiastically welcomed her and the other three coeds attending Professor Ashihara's overnight seminar, Mikoto can't shake the sense of increasing dread that consumes her. Something horrible has happened here, and it's itching to occur once more. Because the town has been waiting for her....and the other girls! 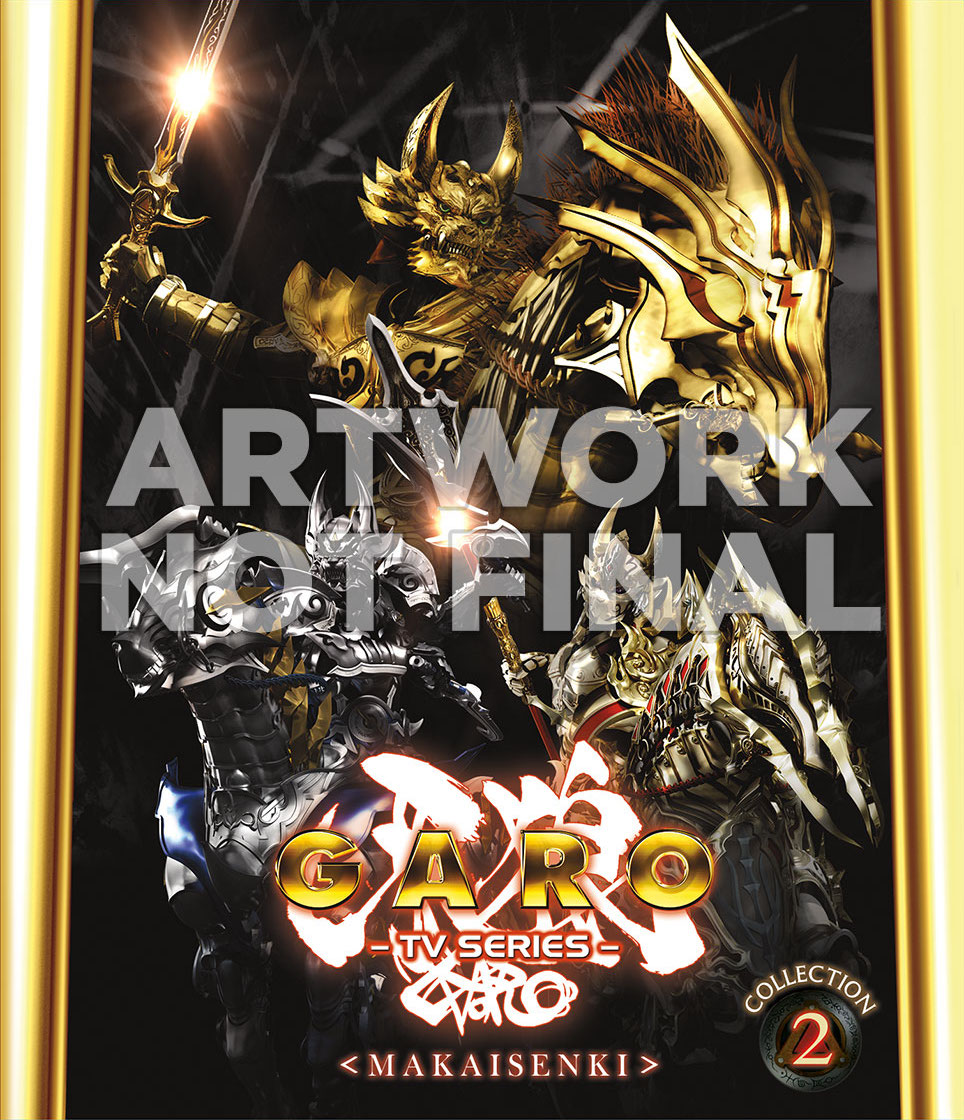 On October 9th, the second half of Garo Season 2 arrives in time to get the battle fully started! The fight against the Horrors has always been stacked against the Makai Knights, and as the Red Mask continues to decimate their ranks, the roster of Knights who can still fight is dwindling rapidly. When even Kouga's Mado Ring, Zaruba, is incapacitated, the Golden Knight is increasingly forced to rely on his closest friends and allies to help stem the tide. Then, in a shocking series of betrayals and double-crosses, the identity of the Red Mask is revealed, along with a plan to not just kill the Makai Knights, but to use them for a horrifying purpose! With his own powers fading and the souls of his comrades at stake, Kouga must strike one last deadly bargain to save mankind… and he may not survive the encounter! 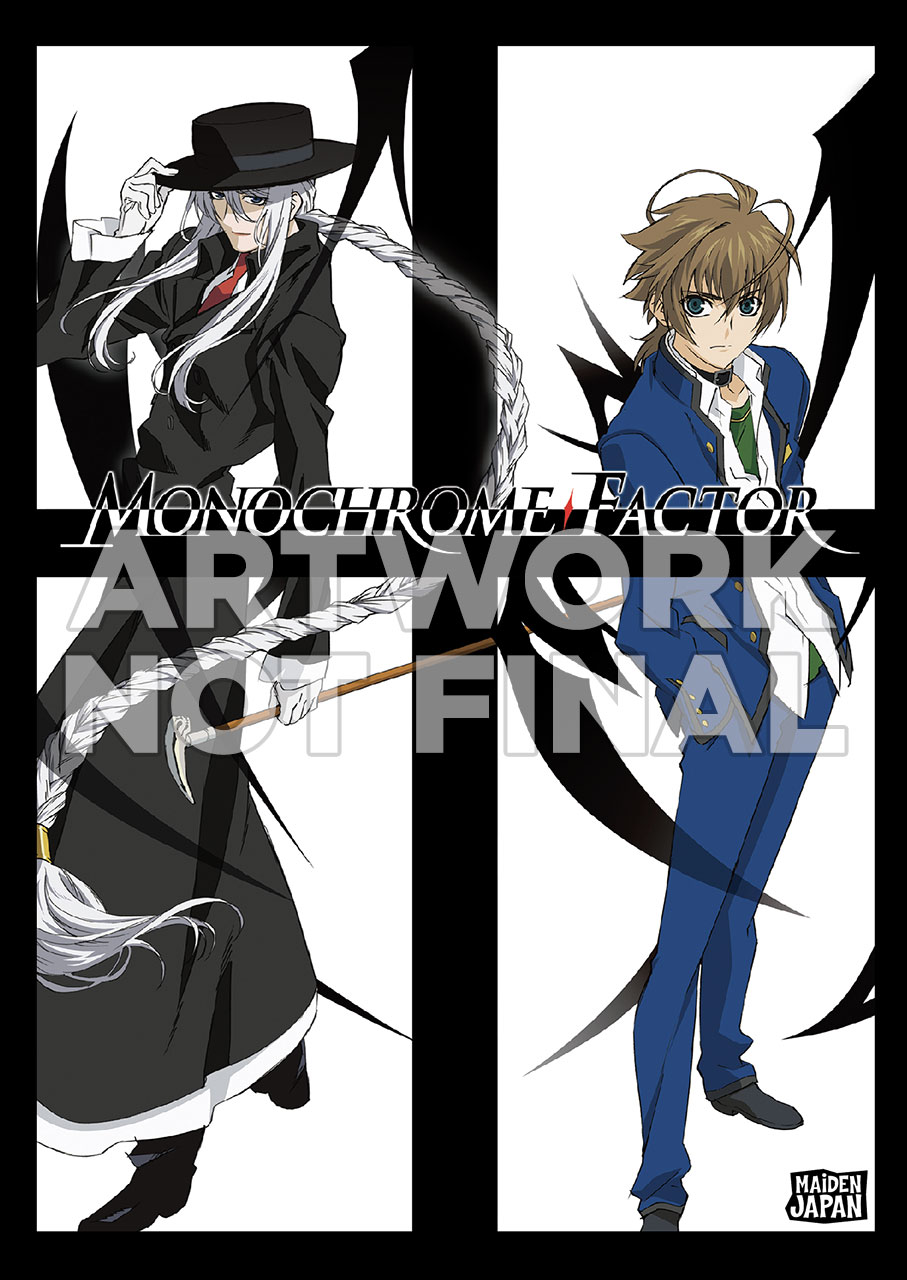 After nearly a decade since it aired, the 2009 anime series Monochrome Factor finally arrives stateside on October 16th! Akira Nikaidoa was just a normal, everyday high school slacker. Or at least, that's what he was before he, his friend Kengo and sexy school prefect Aya were all attacked by a shadow monster called a Kokuchi. Approached by a mysterious, shadowless stranger named Shirogane, Akira is asked to become a "Shin," a creature from the Shadow World and help hunt the Kokuchi down. But is Shirogane telling the complete truth or does he also have a personal agenda that involves getting a bit… friendlier with Akira? Fortunately, Akira's not completely in the dark in his dealings with the shounen ai-esque shadow stranger, as Kengo and Aya turn out to be able to see Shin as well. But can this unlikely team restore balance between the Shadow World and our own? 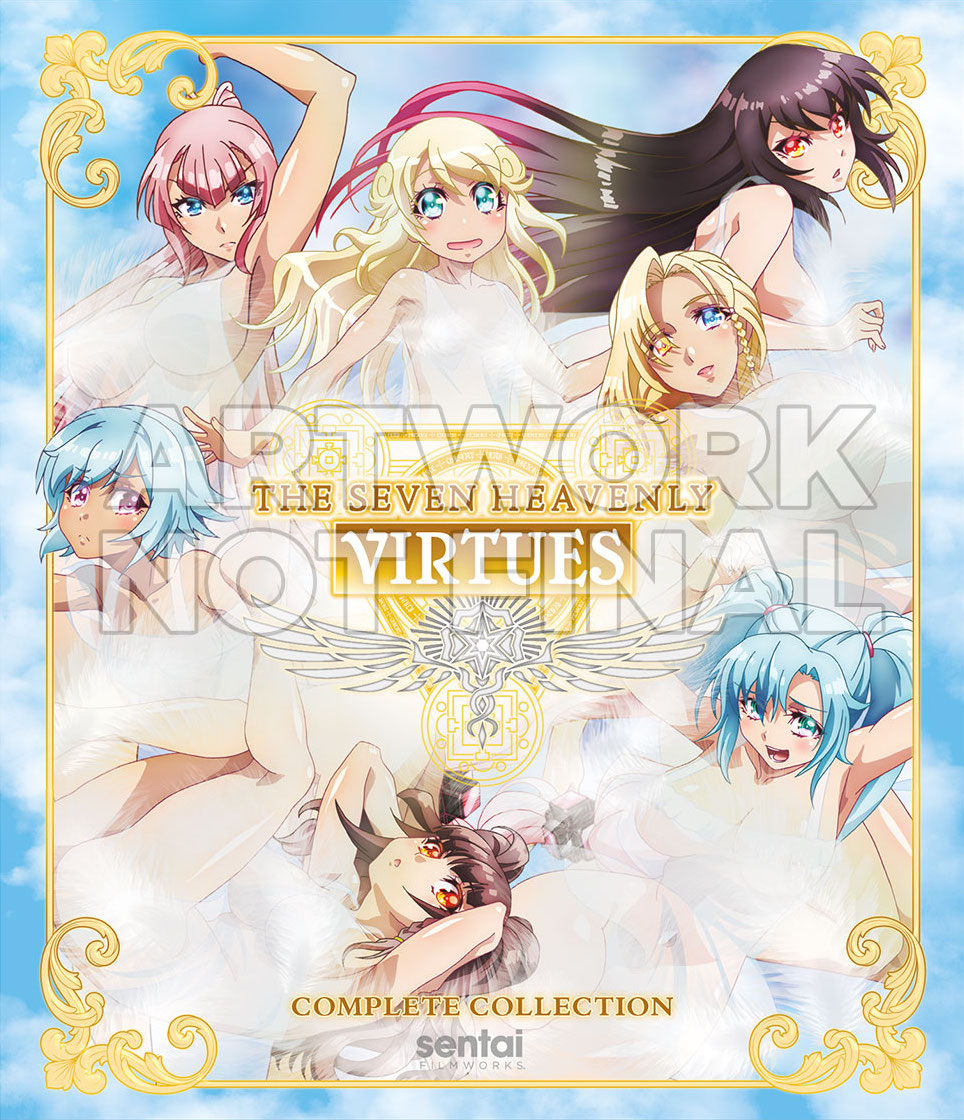 Also on October 16th is the release of the short anime series Seven Heavenly Virtues. When the fallen angel Lucifer starts raising hell down below, Heaven decides that it's time to start looking for a new savior to keep humanity from succumbing to the lure of Sin. Unfortunately, the seven beautiful angels assigned to the task of finding a new Messiah may not be the best choices. Their nominal leader, Michael, the Angel of Faith, is plagued by self-doubt. Gabriel, the Angel of Chastity, struggles to defend morality in a costume that's sure to lead men into Temptation. Metatron (Charity) has a surprising bondage fetish while her sister, Sandalphon (Diligence), has trouble focusing. Uriel (Patience) has bladder control issues and… well, let's just say that none of them are exactly qualified and with guardian Angels like these, Mankind is almost certain to be doomed! 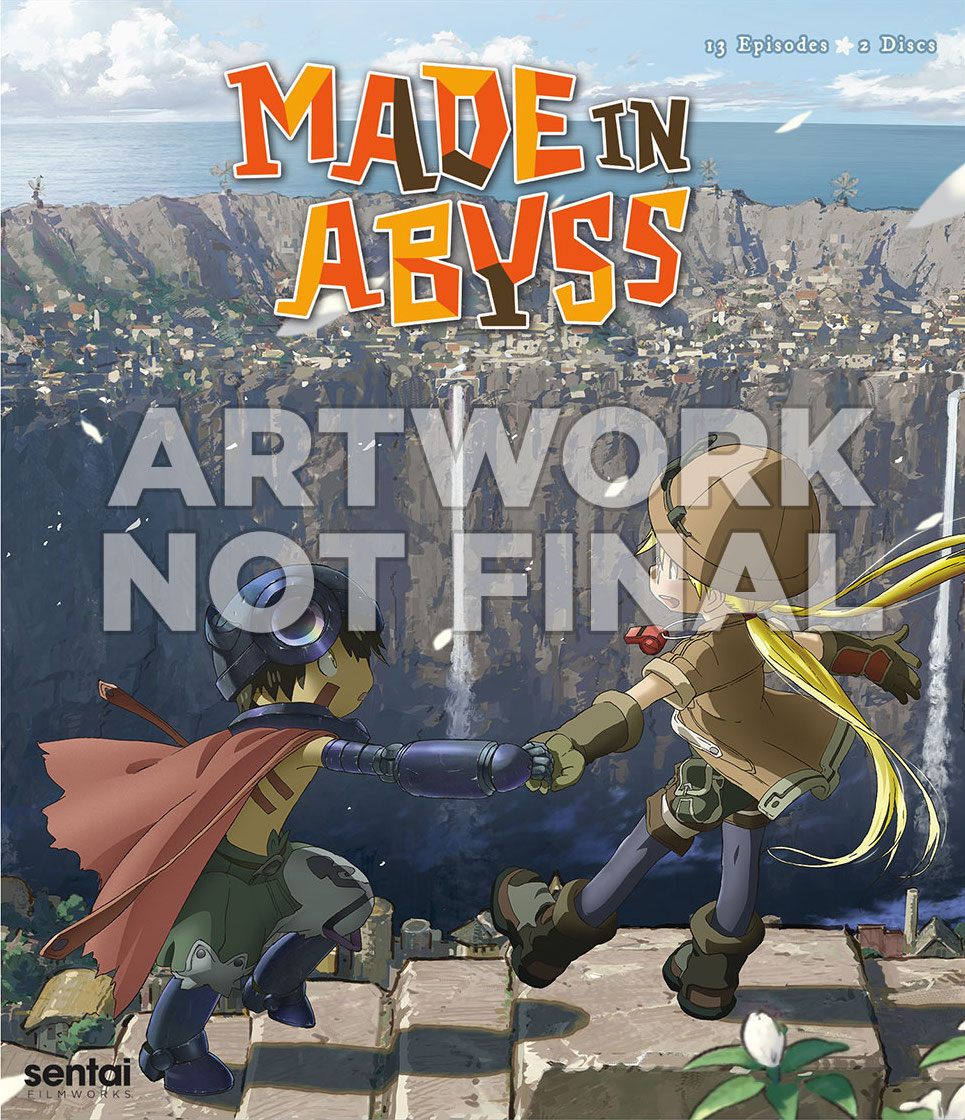 2017's winner of multiple Anime of the Year awards arrives both in standard and limited edition form with the October 23rd release of Made in Abyss. No one knows what's at the bottom of the Abyss. No one who's ventured that far has ever returned. What is known is that the Abyss is filled with strange creatures and priceless relics that have lured generations of fortune hunters into a diabolical trap. Because while anyone can descend into the Abyss safely, coming back up triggers a nightmarish series of transformations and madness. And the deeper you go, the less chance you have of coming back unchanged. But when 12-year-old Riko receives a message that her missing mother might still be alive deep in the Abyss, she knows she has to go to her. She must go even if it's a one-way trip for her and her robot friend Reg as they brave the ultimate darkness! The limited edition will sport a softcover booklet, tapestry map, phone stand, and a white whistle charm. 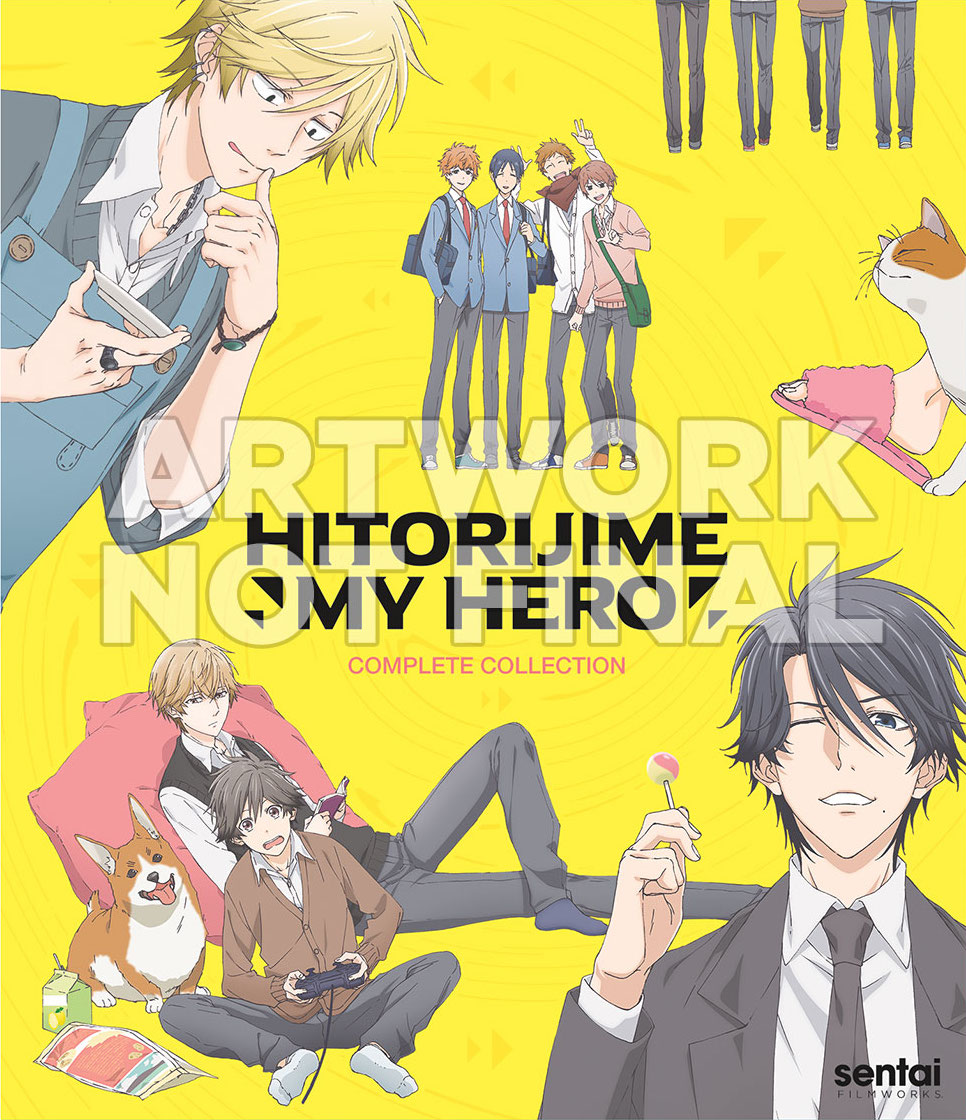 Finally, on October 30th, the boys' love grows strong in Hitorijime My Hero. Masahiro Setagawa has been having problems. His dad's gone, his mom's apathetic, and the local delinquents have turned him into a lackey and errand boy. Rescue comes in the most unexpected form, however, when a street fighter known as "Bear Killer" puts the beat down on the bad boys and takes Masa under his protective wing. The surprising part is that Masa already knew his rescuer, because not only is Kousuke Oshiba the older brother of Masa's best friend Kensuke, he's also Masa's homeroom teacher! But with so many ties between them already, is it surprising that Masa starts to feel more for Kousuke than a normal student teacher relationship? Math class will never be the same once Masa realizes that the numbers in his stars are all adding up to one person...