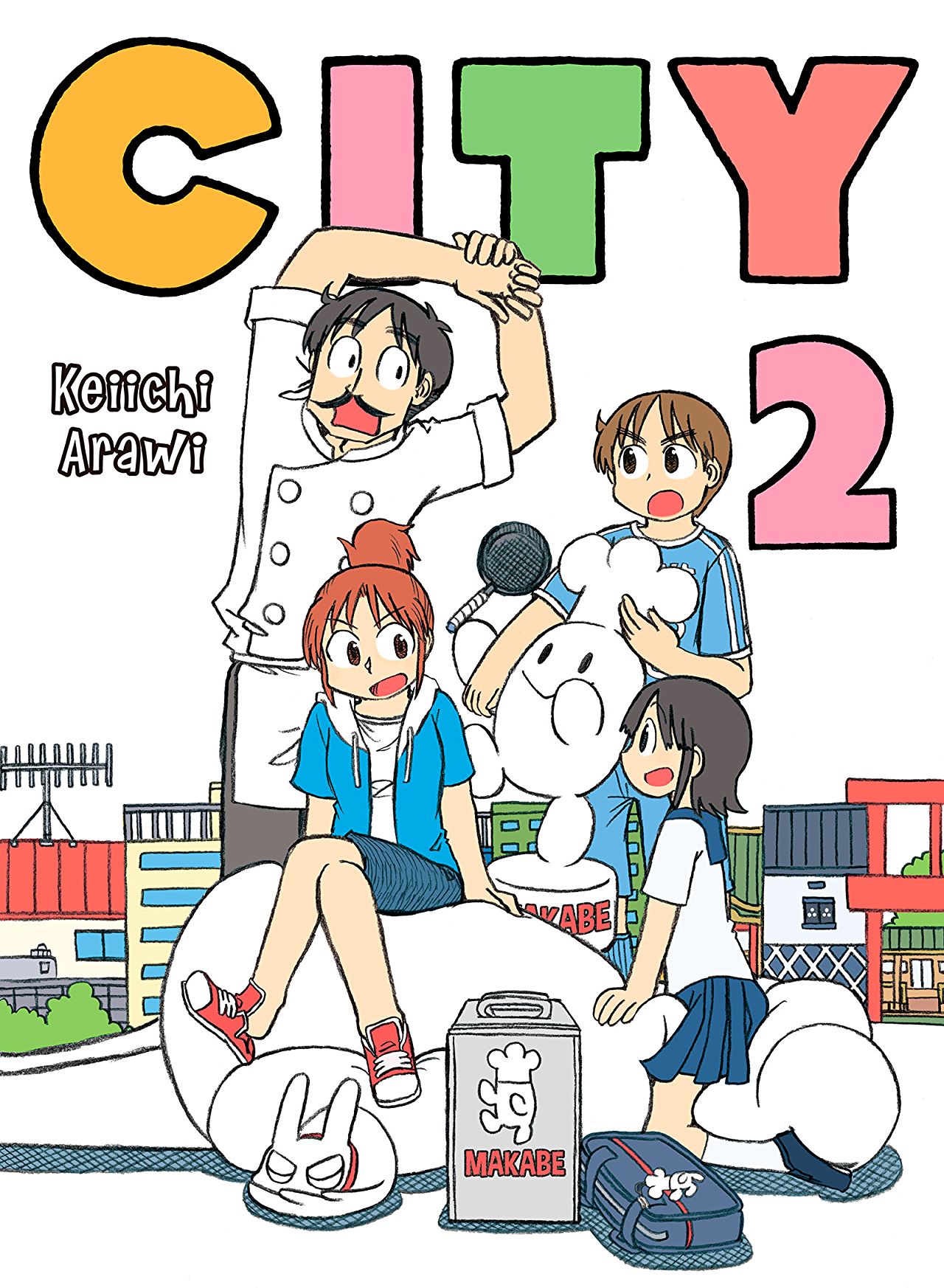 If Keiichi Arawi's skill of being a mad comic genius wasn't apparent in nichijou or Helvetica Standard, then his latest work CITY is what's going to cement that fact. The task of creating yet another crazy world filled with the most wonderfully random characters is something that would be almost impossible. And yet, Arawi somehow has made it look too easy, as apparent with CITY's first volume. With the second volume now out in the English-speaking realm, it's safe to say that just about every reader who comes across it will be finishing it with a large open-mouthed smile on their face.

This collection of stories in CITY is just as bonkers as the previous volume. A student named Wako Izumi wishing for another perfect picture of Nagano after an unexpected run-in, whilst the main slacker of the series attempts to make a delivery under ten minutes for a cool ¥1000. Meanwhile, Tatawaku's father attempts to achieve the dream of being able to say "the usual" at a restaurant, as an entire classroom tries to cover for one of their own for being overtired during a lesson. And yes, the most badass granny on two feet makes a grand return, using her fancy skills on a young lad named Kamui.

Where CITY has its most fun is when things happen for the sake of being in existence. This is apparent in a segment involving Tatewaku celebrating his first soccer goal. What starts as a mere celebration spirals out of control, with even his coach diving into the madness with painted belly and fans in hand. It's when the chapter reaches its end when the punchline involving one red card after another leads to the level of silly awkwardness that Arawi is great at. 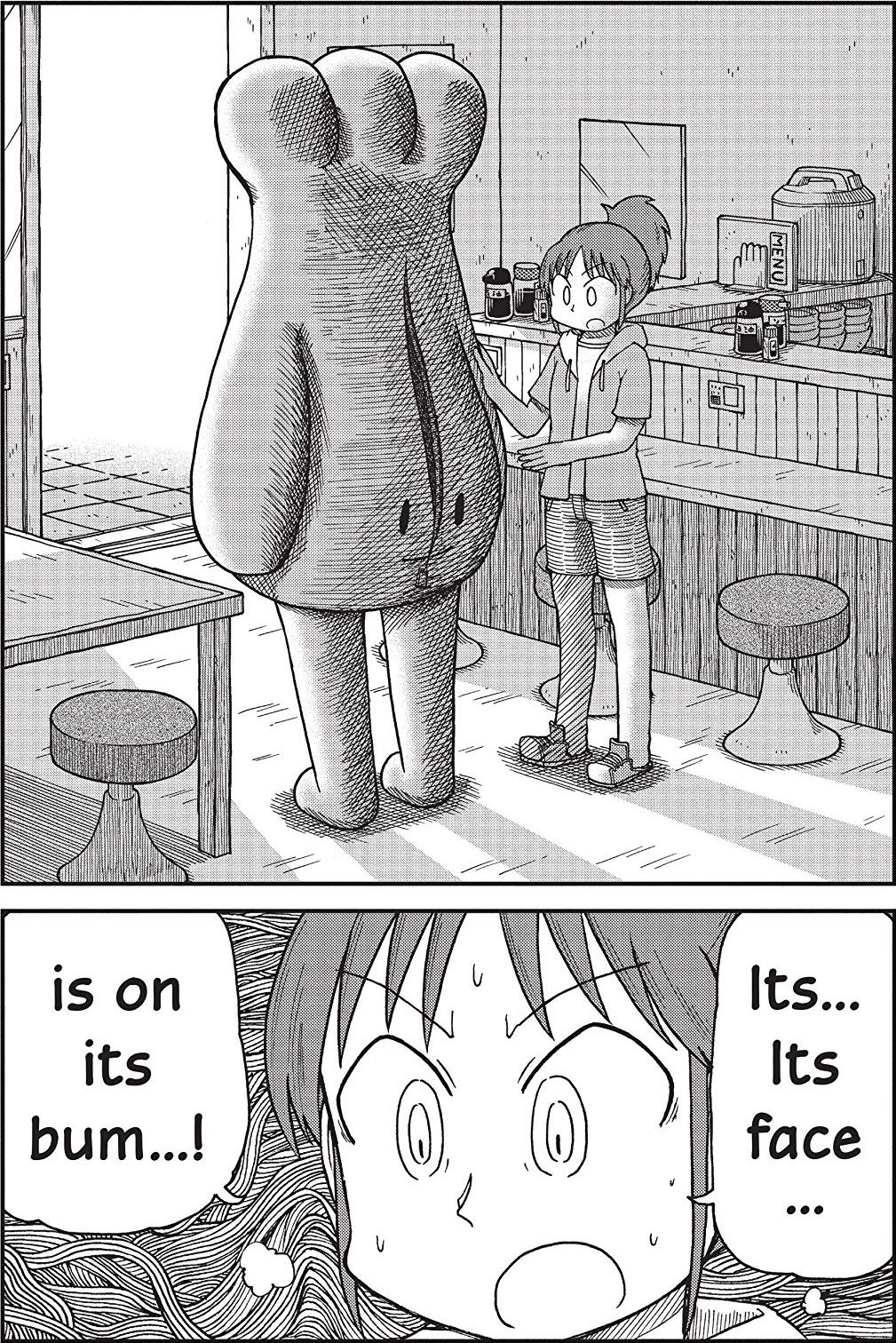 However, the moment this volume shines is when a friendship blossoms between Niikura and Wako, with the latter dragging the former into an unexpected quiz show in the middle of a college campus. (There's also a line in this chapter about what kind of people hang around campuses that had me screaming with laughter.) It's a moment that blends cuteness, unexpected hilarity, and some non-sequitur jokes that are funny for absolutely no reason. A moments where Niikura wants to learn to take pictures from Wako also has a couple amazing gags, of which I cannot in good conscience ruin in this review.

Once again, Arawi's art style proves to be like no other in the comic realm. The expressive looks on everyone's faces, the comedic physical gags, and the fantastic attention to detail in the backgrounds makes it tough to not stare at for minutes on end. While I can't quite remember if it was apparent in the previous volume, I loved how there are tiny little crossovers of the upcoming or past chapters, like with manga artist crying in the background of the Niikura/Wako photography segment due to his series coming to an end in the following story. It's these little tidbits that make it as much of a joy to look at an Arawi manga as it is to laugh at it.

CITY is a grand showcase of crazy ideas that somehow manage to work in spectacular ways. While the first volume helped to build the world, this second volume was the series presenting its readers with a golden funny bone. While it may still be too insane for those unfamiliar with Arawi's style, readers keen on having one belly laugh after another will find the latest CITY to be brimming with the joy and silliness that they're craving. May the anime industry be forced to eat stewed giblet gratin nonstop if this doesn't get an animated adaptation green-lit by year's end!