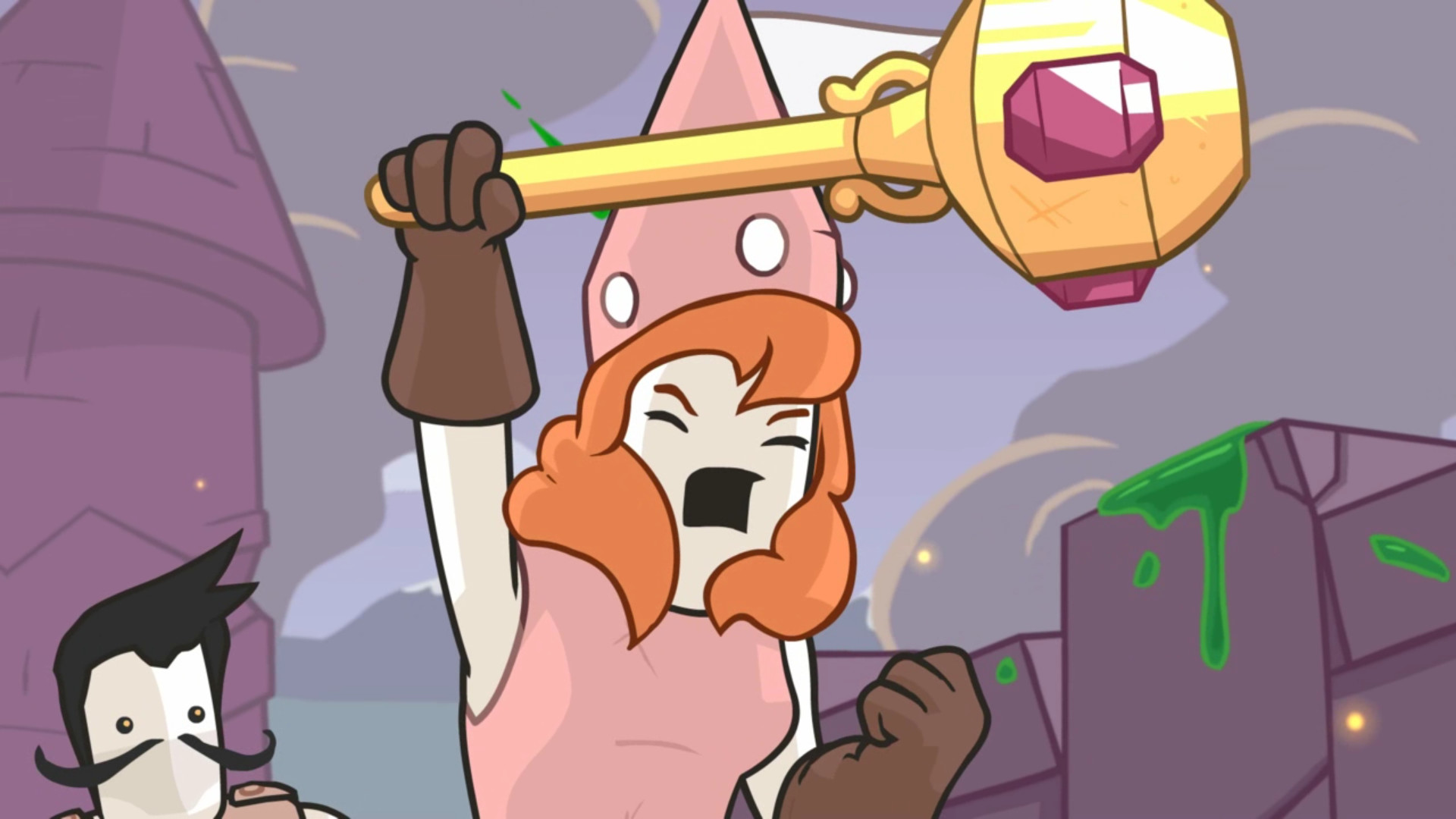 The Behemoth is known as a company that that is a bit of an odd duck in the industry. Despite being a third party developer, they mostly have clung tenaciously to Microsoft when it comes to putting newer games out. Pit People, a new strategy RPG, is no different. But there is at least a PC version of the game to play. Although the writing and humor is what one can expect from The Behemoth, as a strategy RPG, it falls flat on it face. And it's all due to two fatal design flaws.

Pit People is about how a Space Bear got hit and injured by a space rock, causing the open wound to bleed on the planet. Since the blood is toxic and acidic, it messed up the Planet's ecosystem, bringing horrible lifeforms into the fray, as well as making life between humans harder. You get through the tutorial as Horatio, but soon get a small band of soldiers to beat back the Helmet gang. You'll also have to occasionally have to participate in arena battles to get money to recruit new units. Unfortunately, The Behemoth thought it would be a good idea to gate content in this manner rather than actually constructing a narrative that just gives you units along the way, despite doing this in the first few battles. That's just one of the game's flaws. The other is a bit more odious. 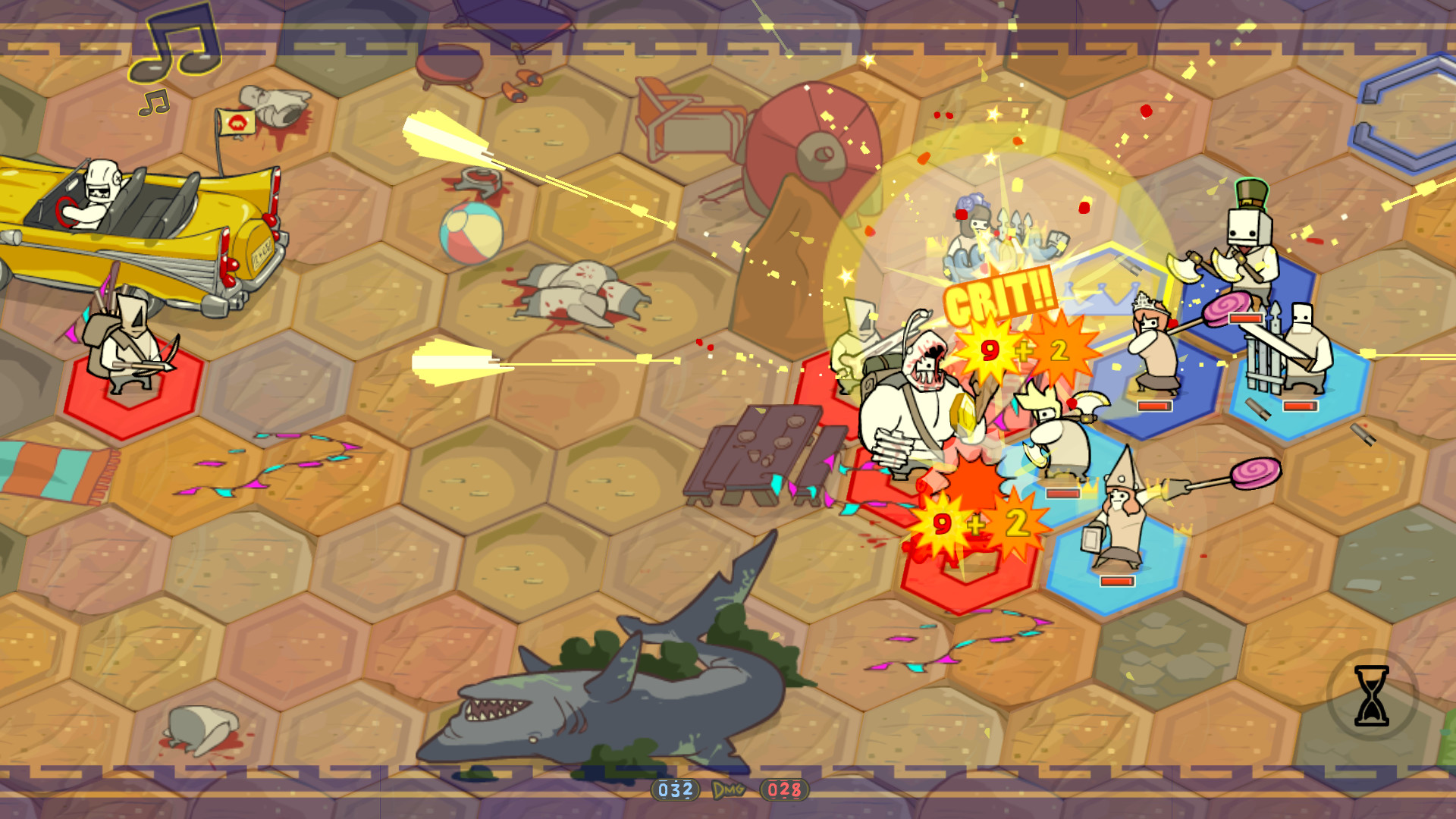 Gameplay plays out on a hexagonal grid, where you decide where to move your units. Once in position and you've decided to end the turn, your units will attack the enemies automatically. This introduces the other fatal flaw of the game, as you can actually control which enemy units you attack. This is a problem for two reasons. One: it removes any element of strategy in the game, making it luck-based. Two: since there's a weapon triangle, the AI can be completely stupid and not focus on units they are either not close to dying or aren't the weakness to pair them against. This means wasted turns, and that's a bit of a death knell for the game.

Add to the decision to make any character equip any weapon or armor (the armor sets are mostly useless reskins anyway) and you have very few unique characters. If these issues weren't not omnipresent, you'd actually get a decent RPG with the level of humor from The Behemoth that's a joy to see and hear. But the gameplay is so toss that's it's not really worth it to work through to see the rest of the insanity. What's left is a mediocre experience that is spiteful, and doesn't come recommended. 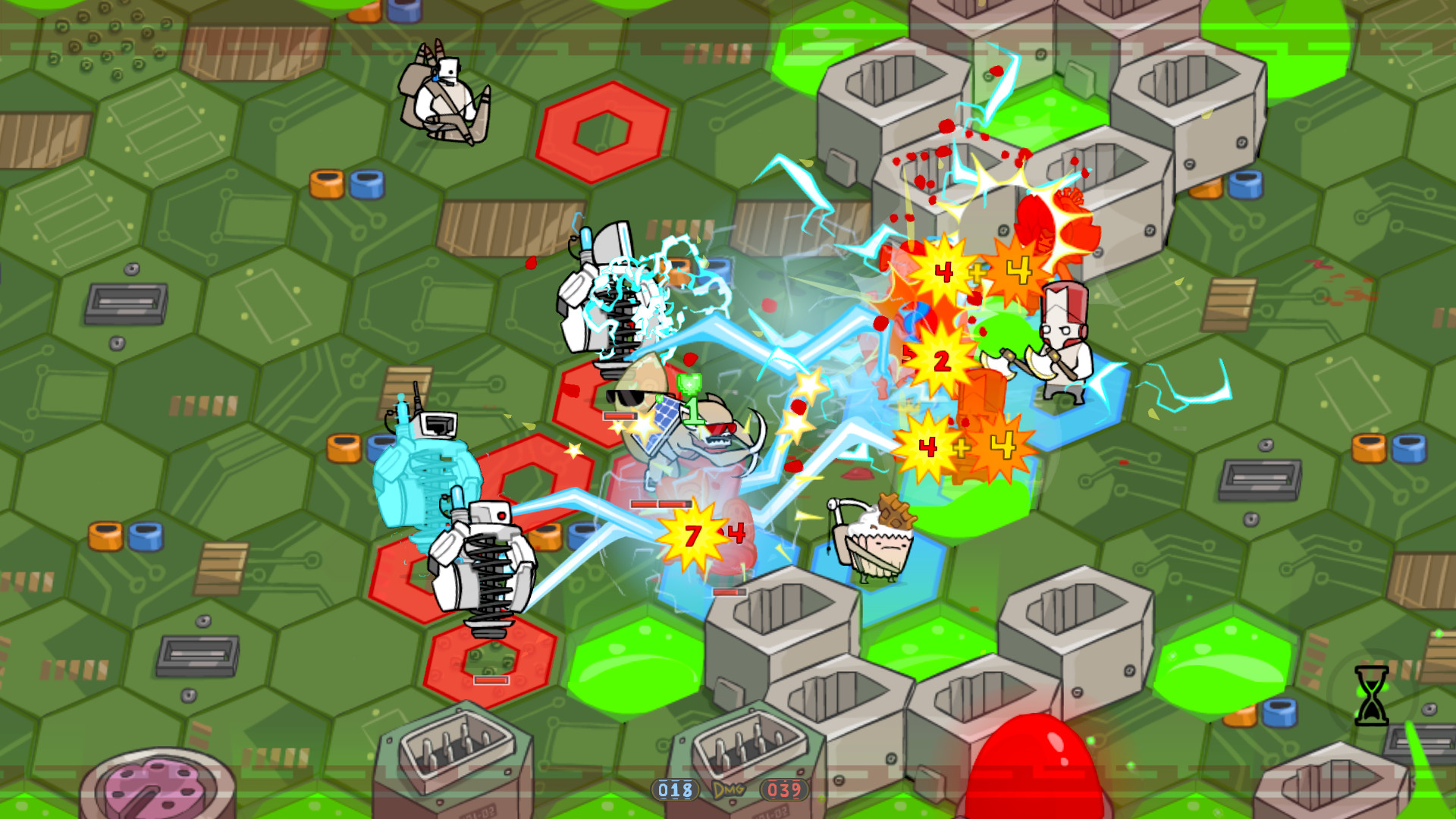 The Good: The Behemoth insanity you've come to expect is in full force.
The Bad: No control of who your units attack takes a great deal of strategy out of the game.
The Ugly: Being forced to buy units etc. to advance.

SUMMARY: Pit People would be a lot more enjoyable if you could fully control the actions of your units, and actually had a narrative instead of forcing you to buy units to progress.

Promotional consideration provided by The Behemoth. Reviewed on the PC.