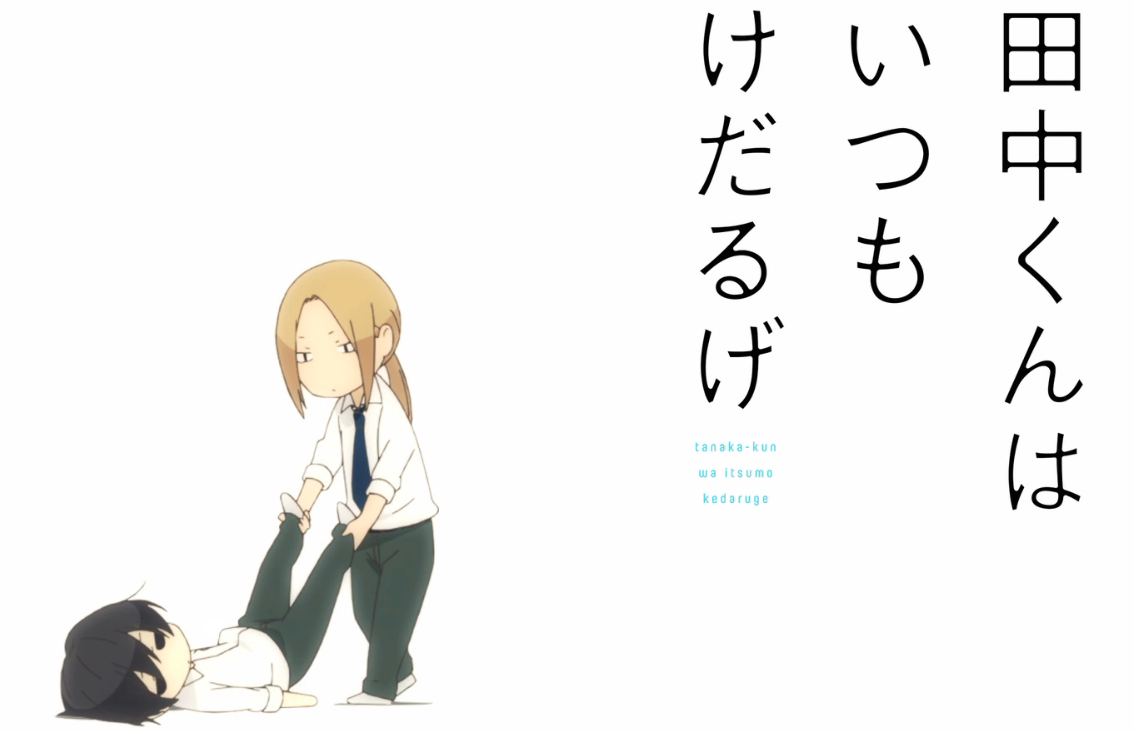 It's amazing what one can get away with in the anime realm. No, I'm not talking about something like hardcore violence or overtly sexual undertones. Today we're focusing more on the lines of storytelling, specifically those that are not supposed to be the most exciting kind of tales spun, even for slice-of-life standards. This specific anime takes the concept of one's laziness and makes it the main focal point of the series, and not in a Himotou! Umaru-chan sort of way.

Tanaka-kun is Always Listless is a different kind of lazy beast, one that would rather keep with its slumber and let the brave knight steal the gold that beasts have no real reason to make use of whatsoever.

Based on Nozomi Uda's popular web series, Tanaka-kun is Always Listless follows the title character (Kenshō Ono) as he attempts to go about his daily life in the laziest of fashions. He attempts to sleep wherever and whenever he can, puts very little effort into achieving any sort of life goal, and would rather be more comfortable in a role more suited for a faceless background character. Fortunately his friend Ohta (Yoshimasa Hosoya) is there to literally drag Tanaka from class-to-class, help him with food & chores, and just about make sure he doesn't miss out on the magic that everyday life brings. 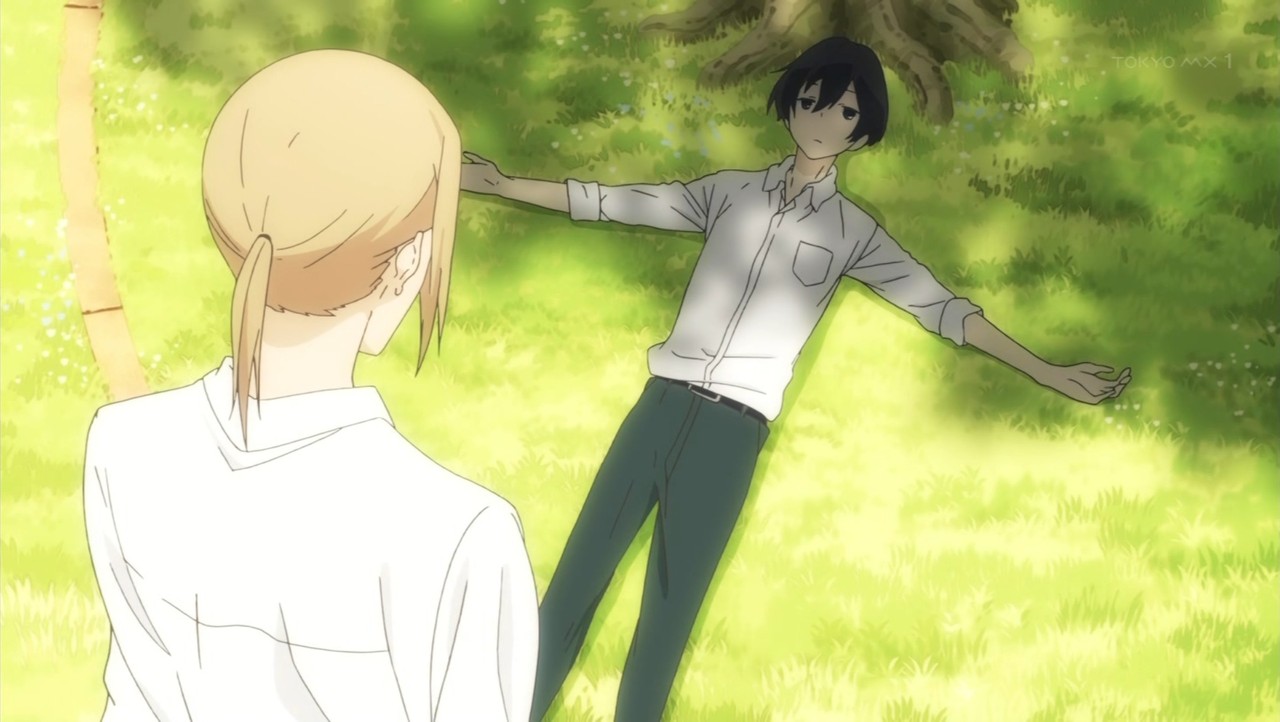 This magic comes in the form of the other classmates that interrupt Tanaka's melancholy ways. The hyperactive apprentice-wannabe Miyano (Natsumi Takamori) does what she can to learn from the master of blah, whereas her crush Echizen (Ayaka Suwa) attempts to challenge him to fits of strength and battle to no avail. Meanwhile the romantic interest Shiraishi (Kotori Koiwai) wishes to get close to Tanaka, while his little sister Rino (Aoi Yūki) tries to put a wedge between him and Ohta.

For a show that focuses greatly on the perks of being lazy, Tanaka-kun is Always Listless works hard to make the jokes and one-liners hit their mark. The way Tanaka describes his way of life and the world that surrounds him comes off in the very same fashion as the narrator in Don Hertzfeldt's It's Such a Beautiful Day. Depending on your mood it'll be incredibly funny or wicked depressing, but either way it will be highly entertaining. How Ohta reacts to Tanaka has a matching mentality to that of a housewife who's given up on her couch-potatoed husband, realizing that if he were to leave then Tanaka will most surely die. 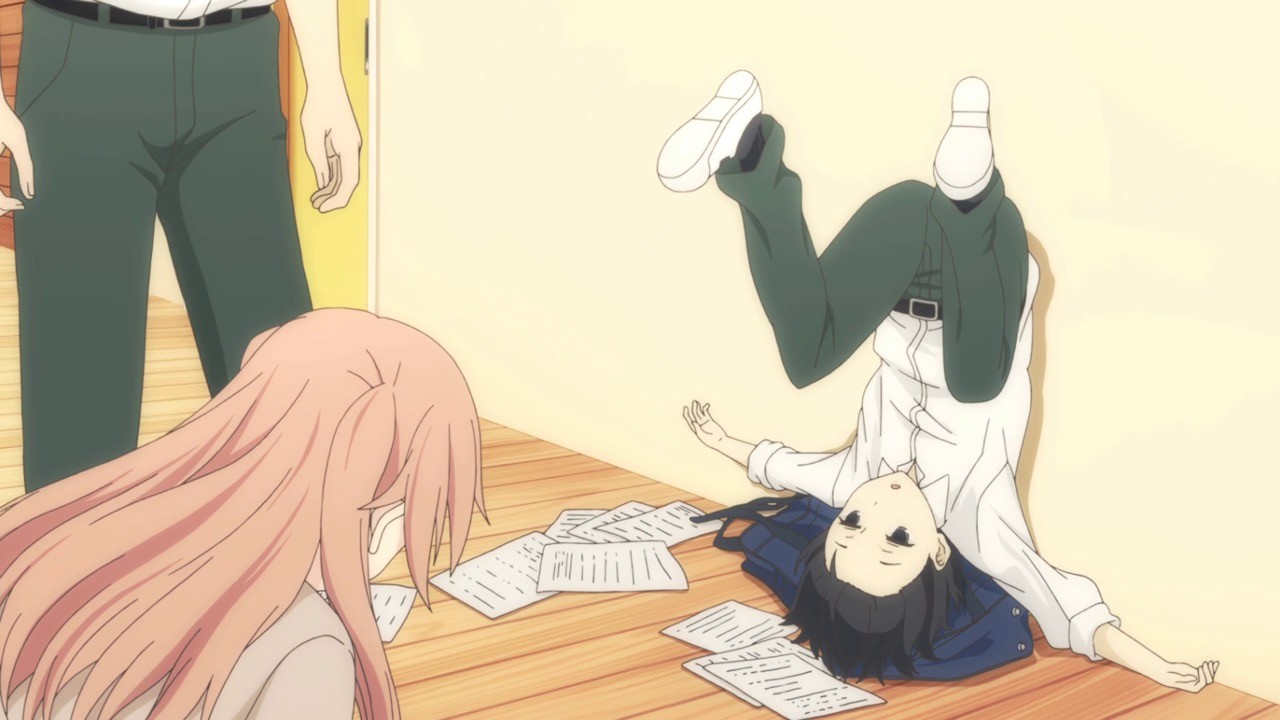 Perhaps what helps makes this anime work well are the moments where Tanaka inadvertently overcomes his listlessness and does some good. Whether he's accidentally helping Shiraishi see her inner beauty or doing something as simple as bringing a worksheet over to an ill Ohta's home after school, you cannot help but giggle as the series brings you from Point A to Point B. A moment where Tanaka is trying to remember what Rino wanted him to buy at the local store brings a simple-yet-funny gag where he and Ohta wind up buying everything practical that starts with the パ character, with the ending punchline being something completely out of left field and rightfully chuckle-inducing.

Tanaka-kun is Always Listless delivers a pitch-perfect cast, with Ono's lazy mentality and delivery creating some comedic magic in the role of the title character. Hosoya's Ohta brings about the humorous punchlines that the scene gives him, be it his realization that he's the perfect wife material for Tanaka or when he deals with Rino's darkly sisterly love for his older brother. Takamori is simply adorable as Miyano, acting as the perfect pairing with Suwa's delinquently good-natured Echizen. Yūki's performance as Shiraishi is very relatable to those struggling to shine in a world that gives you mediocrity to work with, as her character evolves into someone that you can easily root to find love with the dull protagonist. 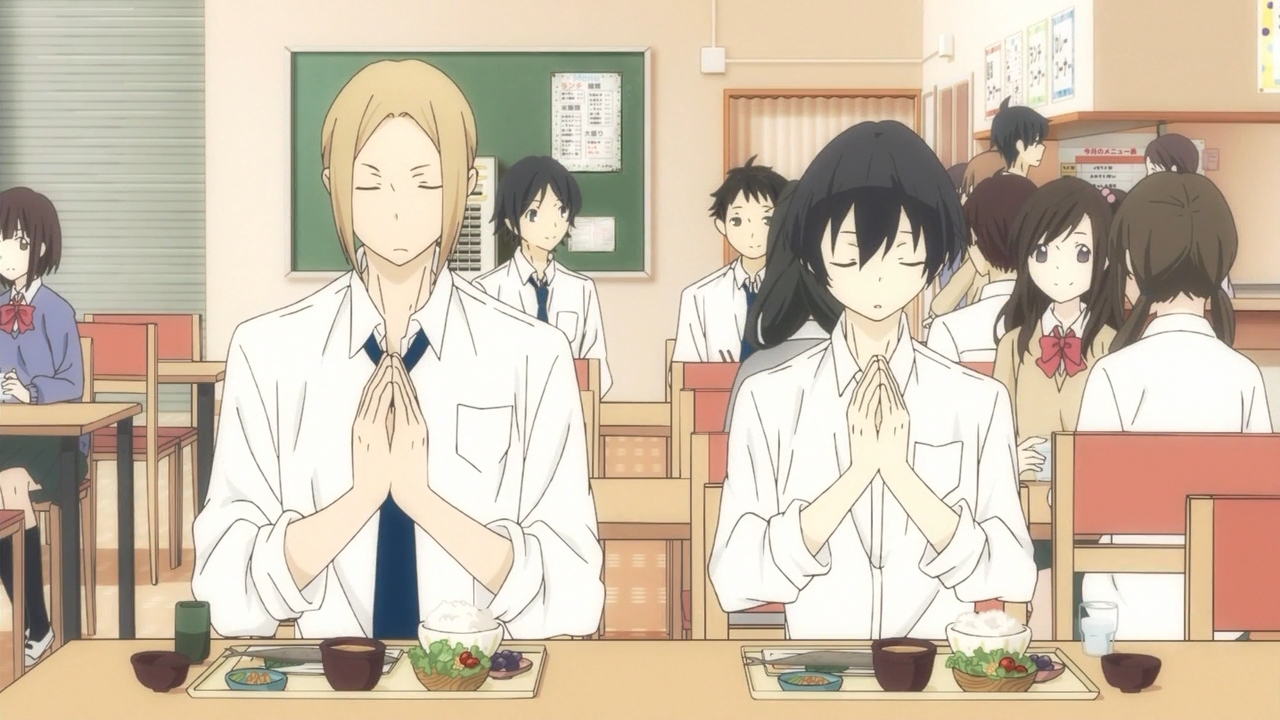 I wouldn't say it's lackluster, but Silver Link's animation here is not as bright and spot-on as their work on Yurikuma Arashi or Baka & Test. While it works well with the tone of the series, the overall visual nature of the show can be rather plain-looking. Maybe that's the point and it's supposed to be as average-looking as Tanaka's dull way of life, or it could be that their using most of their animation budget this season on Anne-Happy. Either way how the characters and series look is not all that memorable.

Hiromi Mizutani brings his charming musical talents for the score, and like his work in Non Non Biyori it's filled with wonderfully classic melodies and beautiful piano tunes. There are times when a song he writes for this series sounds like an 18th century composition, brimming with post-Renaissance glamour and majestic artistry. Opening theme "Utatane Sunshine" by Unlimited tone sets the right mood with a pop song that's both calming and cheerful. Meanwhile CooRie's "BON-BON" end theme is all over the place with its happiness, with the kind of beat that would even make Tanaka bop his head despite his intentions to laze about.

The overall product that Tanaka-kun is Always Listless conjures up works in so many beautiful ways. With its apathetic protagonist and his friendly group of can-doers the series showcases a big dose of hilarity and heart in just about every moment it crafts. It'd be impossible not to smile after an episode of Tanaka-kun is Always Listless, even from the most grimacing of viewers.

Sorry Sakamoto, but your dull perfection is no match for Tanaka's perfect dullness.

Tanaka-kun is Always Listless can be viewed on Crunchyroll and The Anime Network, and has been licensed by Sentai Filmworks. Episodes 1-8 were observed for this review.